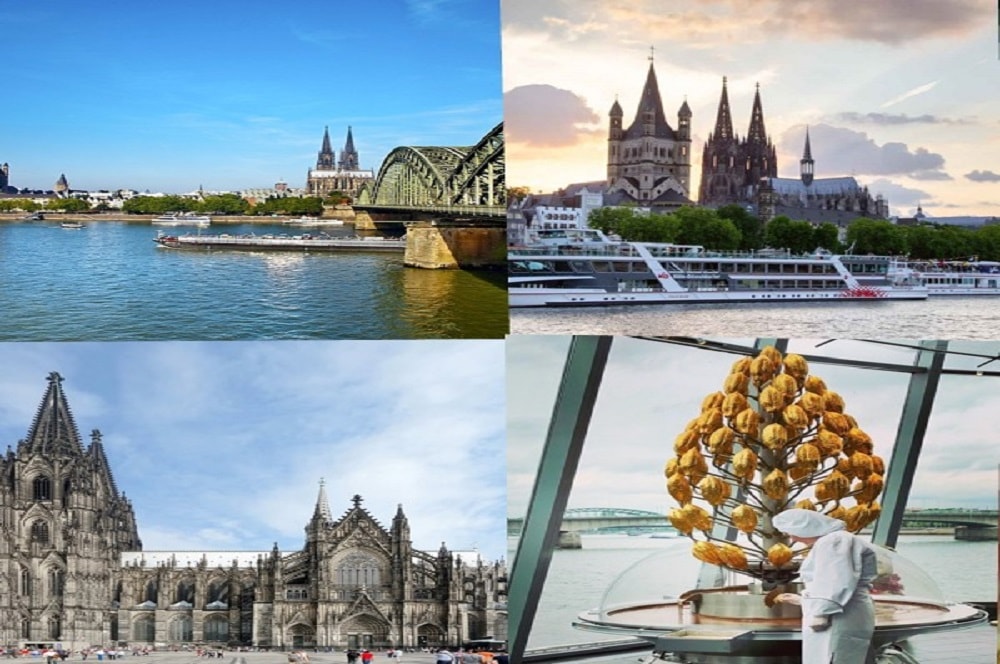 Cologne, Germany’s fourth-largest city, is located in the west of the country, overlooking both sides of the Rhine River. A complete photography paradise, Köln has something to please any traveler.

If you happen to be in this gothic city, which is always alive, you will not have a boring second because of the beauties that appeal to both the eye and the stomach and the places waiting to be visited. If you want to find out what you can do, let’s start exploring Cologne right away! 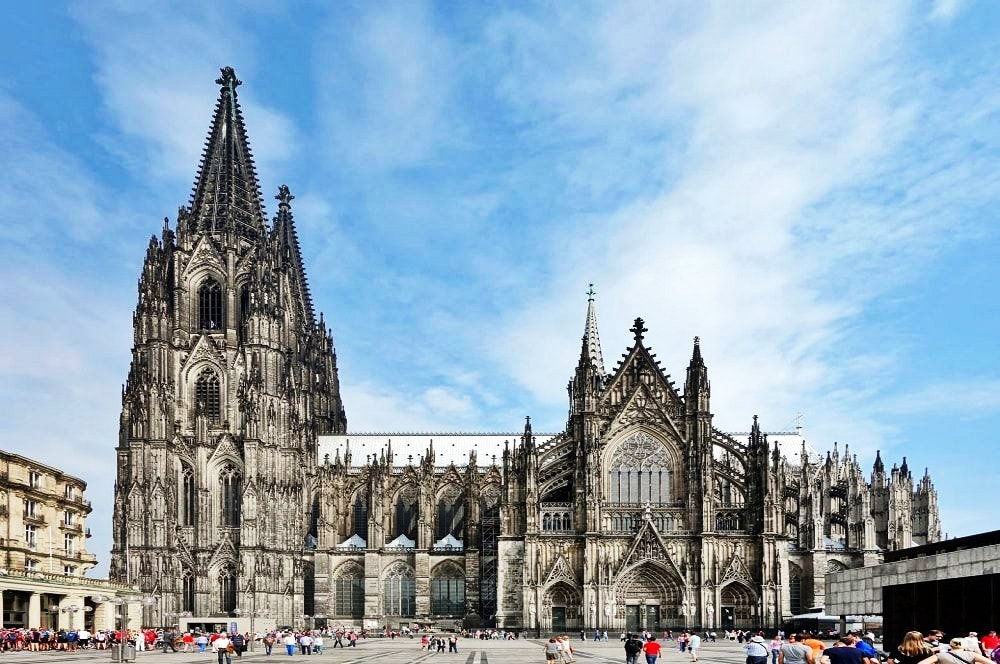 It would not be without coming to Cologne and entering this magnificent gothic building and having a photo taken in the same frame as the cathedral, albeit difficult. To get to the top of the UNESCO-protected cathedral and see the magnificent view of Cologne, you have to climb about 500 steps.

Although this takes about 1 hour, you can be sure that it will be worth the beauty you will see. Although the construction of this magnificent building started in 1248, it was never finished until 1880. One should not leave without seeing the cathedral, which is the second tallest building in Cologne.

*** You may be interested in; Discover Germany with Germany Travel Guide 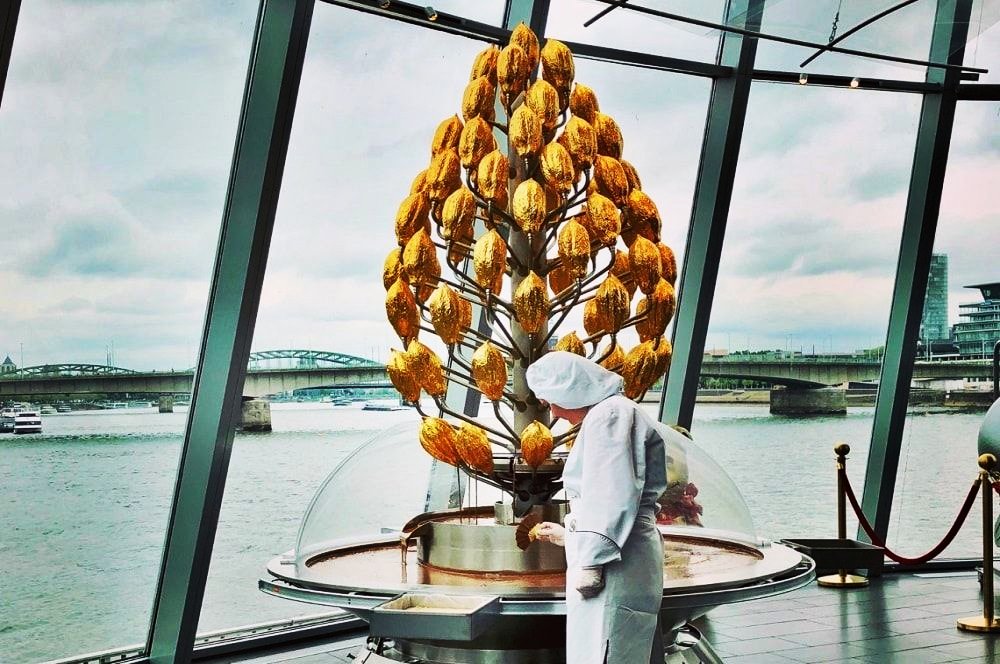 I guess there is no one who doesn’t like chocolate? Therefore, nobody will say no to a trip that ends with delicious moments going to such a cute place. Your love for chocolate will increase even more when you see objects made of various kinds of chocolate standing in glass showcases such as artworks at Schokoladen Museum, where you can get answers to many questions from the history of chocolate to how it is made and where it came from.

3. Take a Boat Trip on the Rhine 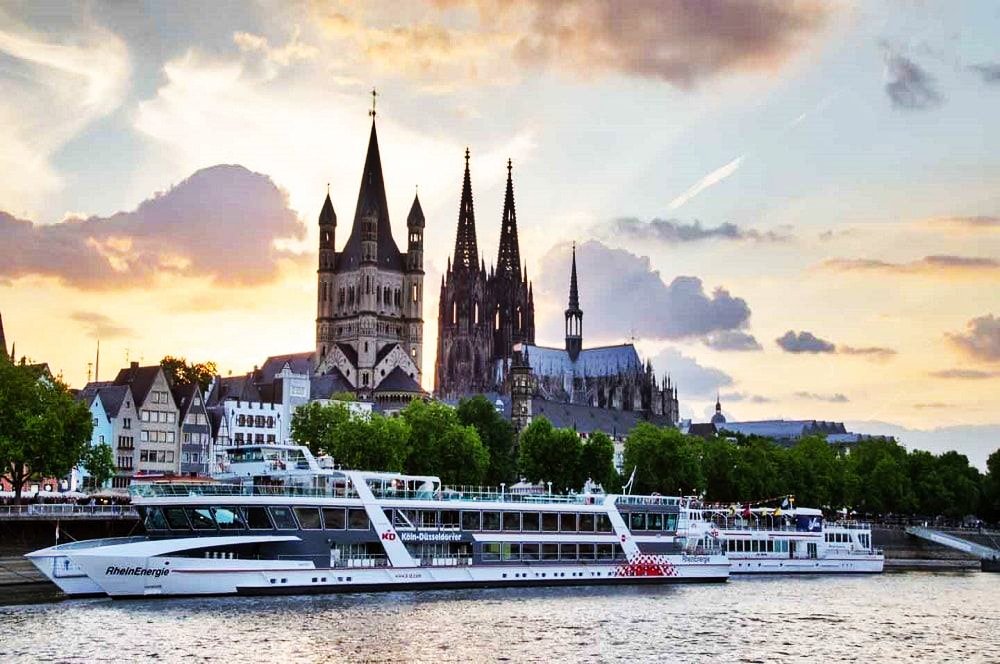 People living in Cologne often spend time around the Rhine River, especially when the weather is nice. Since the river is located in the heart of the area where the historical buildings and palaces of the city of Cologne are located, in other words, all the beauties of the city will be revealed before you when you take a boat tour. Boat tours pass respectively through the cathedral, the old town, the Chocolate Museum, and a lot of spectacular bridges.

*** You May Be Interested in; 10 Interesting Facts You Should Know About Germany

4. Attach a “love lock” to the Hohenzollern Bridge 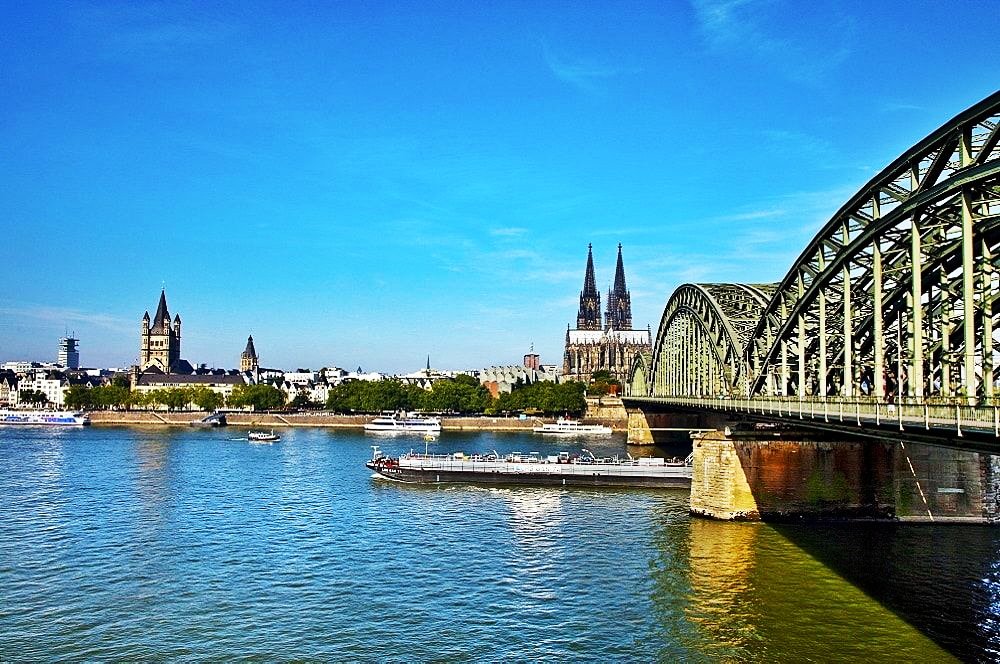 We can say that this colorful bridge with the love locks of Cologne is the second most famous symbol after the gothic cathedral. While there are thousands of love locks on the Hohenzollern Bridge with a thousand hopes, why not leave a memory for the person you love or for this beautiful city? It is possible to find many types of locks in gift shops. If you wish, you can engrave the initials of your loved one and your own name on the lock.

The Römisch-Germanisches Museum was opened to visitors in 1974, and the cultural facility contains valuable information about the Roman civilization that once dominated the Rhine. In the museum, which is surrounded by ancient ruins, including a street opening to the harbor and two wells, you can closely examine the huge Poblicius tomb and various items that will give you an idea of daily life. 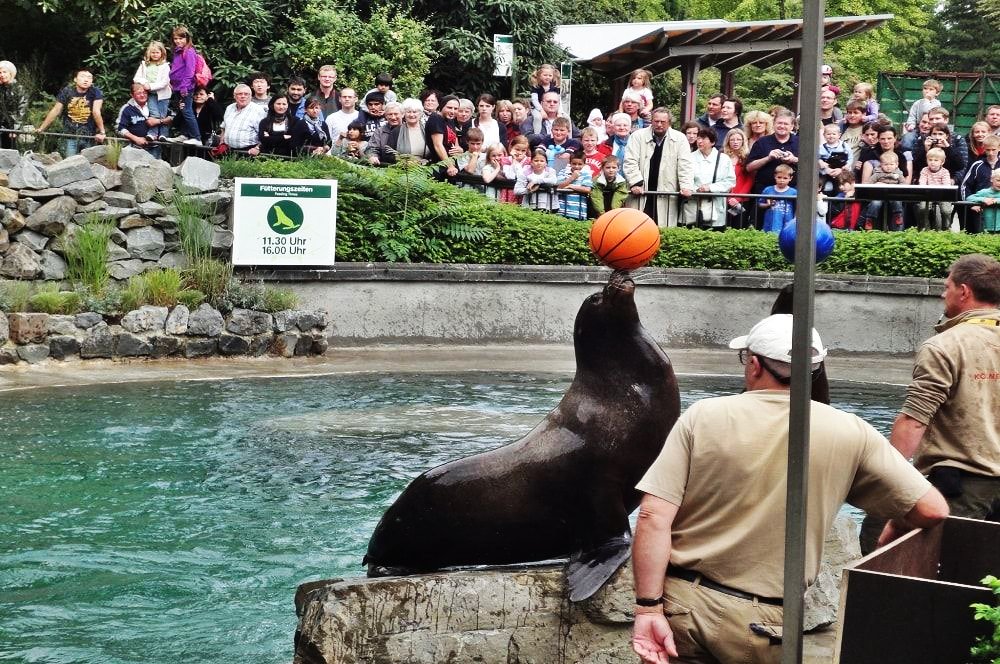 The Kölner Zoo was founded in 1860. Thanks to its fun-filled environment, the zoo has become an indispensable item on the list of places to visit in Cologne for families with children, and more than 750 animal species unique to various parts of the world survive.

Visitors can participate in activities such as feeding time, apart from observing when they come to the facility. While wandering in the Cologne Zoo, you can see elephants wandering in the Moorish-style areas, birds sheltering in Russian basilica-style houses, and big cats waiting for their visitors in their glass-faced private areas. 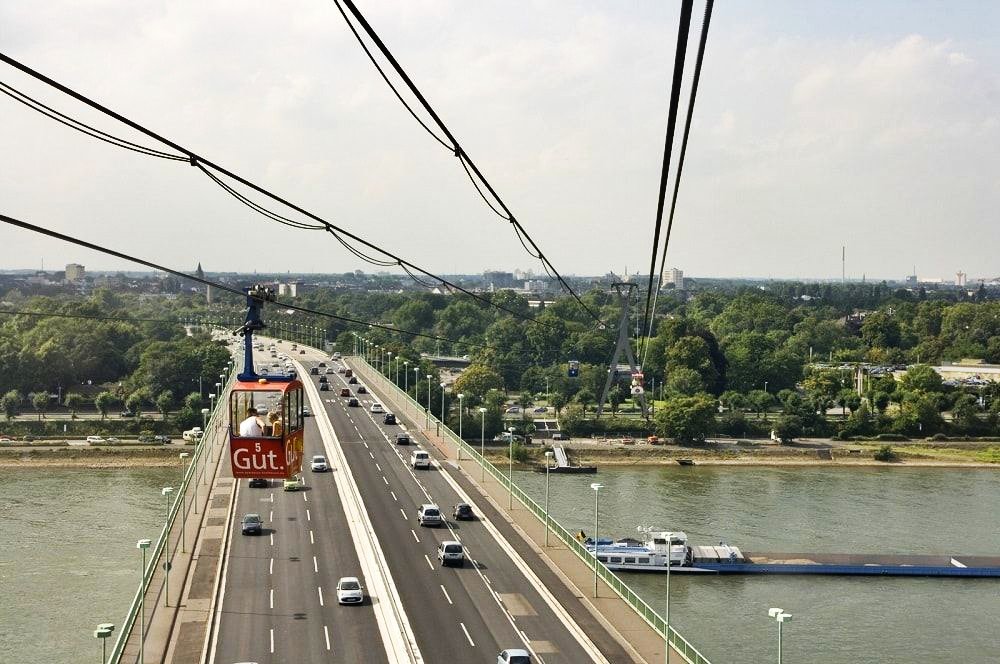 If you want to witness the architectural beauty of the city from a bird’s eye view, you can add the cable car running between April and October to your list of places to visit in Cologne. The transportation vehicle, which has been in operation for more than 60 years, completes the 930-meter journey between the two sides of the Rhine River in an average of 6 minutes.

If you intend to get on the Cologne Cable Car, you can choose a combined ticket instead of the standard journey and choose tour options that will allow you to discover the beauties of the city from different angles.

I suggest you include the Kölner Rathaus, built between 1569-1573, in your list of places to visit in Cologne due to its striking architectural features and historical value, especially the Renaissance façade designed by Wilhelm Vernukken.

The town hall, which is described as a masterpiece in terms of architecture in many sources, witnessed the preparation of the constitution that enabled the transition of Cologne to democracy by getting rid of the rule of the nobility.

*** You may be interested in; 5 Mysterious Castle of Germany

9. You Can Visit the Belgian Quarter 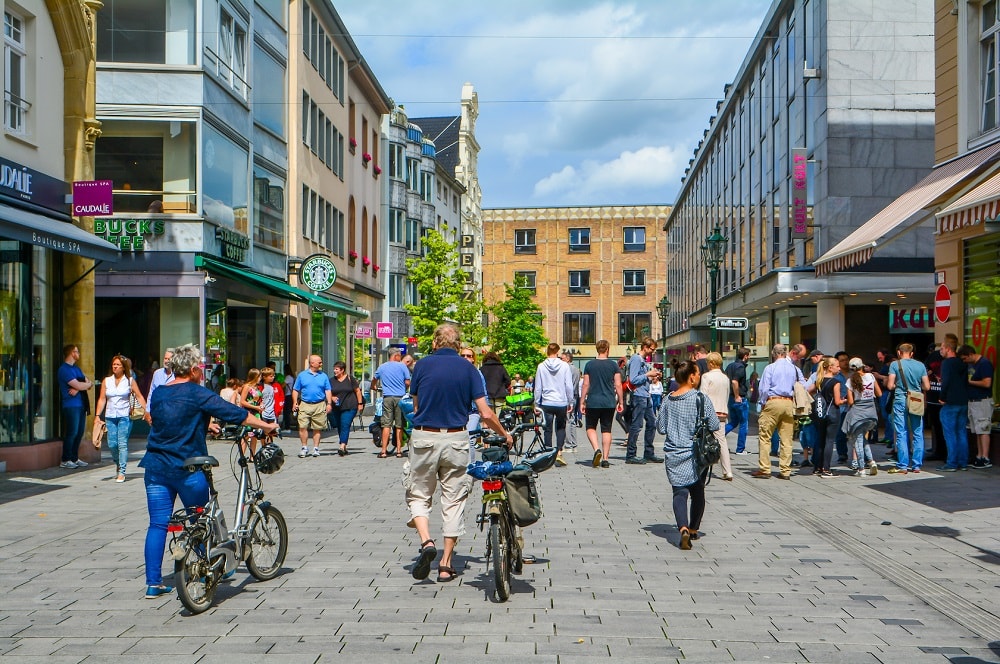 The Belgian Quarter, full of designer boutiques, is located in the inner city of Cologne. The settlement, by far the best area in the city to rest and find peace, is given such a name because most of the streets within its borders are named after Belgian cities.

While wandering around the neighborhood, you may also come across street names referring to the victories in the Franco-Prussian War. There are pubs, cafes, and restaurants where the local people show great interest. 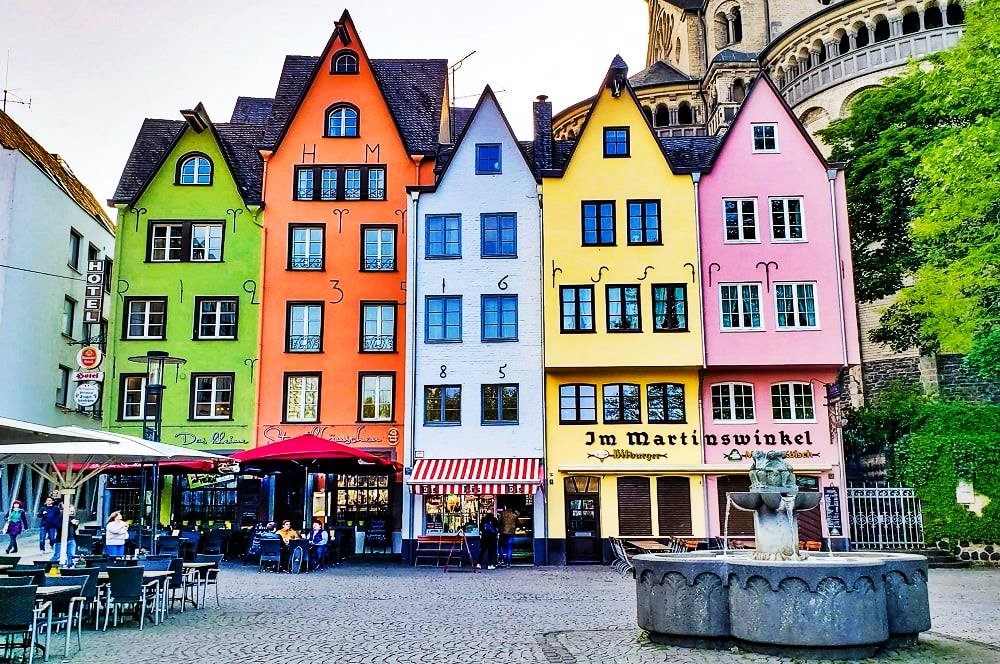 Cologne’s Altstadt region impresses its visitors with its unique historical charm. The historical center of the city, with its narrow streets, traditional-style houses surrounding its passages, and numerous breweries, offers attractive opportunities to those who want to get to know the local culture thoroughly. As soon as you feel hungry while wandering around the region, you can sit in a restaurant and consume a Halver Hahn sandwiches with Kölsch beer like other travelers.

*** You may be interested in; Unknown Interesting Facts About Berlin