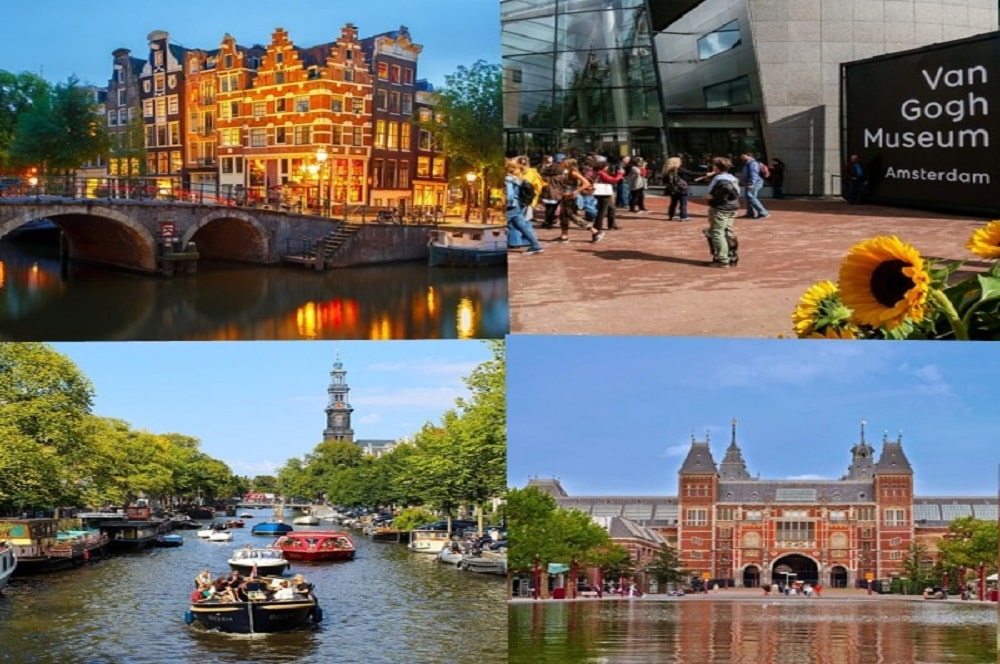 With its postcard canals, rich art and history, vibrant culture and social life, the capital of the Netherlands, Amsterdam is definitely one of the most distinctive cities in the world. Here are 10 places that you should not return without seeing when you go to Amsterdam!

** You may be interested; 7 Things You Must Do In Amsterdam 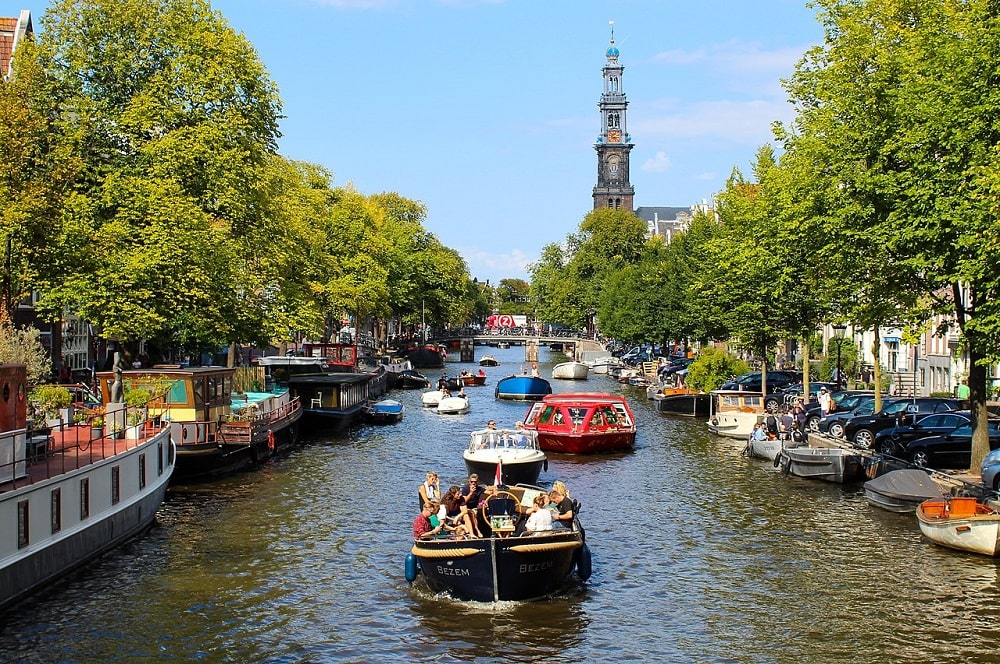 The most important feature of Amsterdam’s historical city center is that it consists of numerous canals opened in the 17th century. You can explore these uniquely beautiful canals, which are included in the UNESCO World Heritage List and on which there are 1500 bridges, by walking along the shores, by cycling like a local or by riding one of the tourist boats.

** You may be interested; Best Places For Bachelorette Party 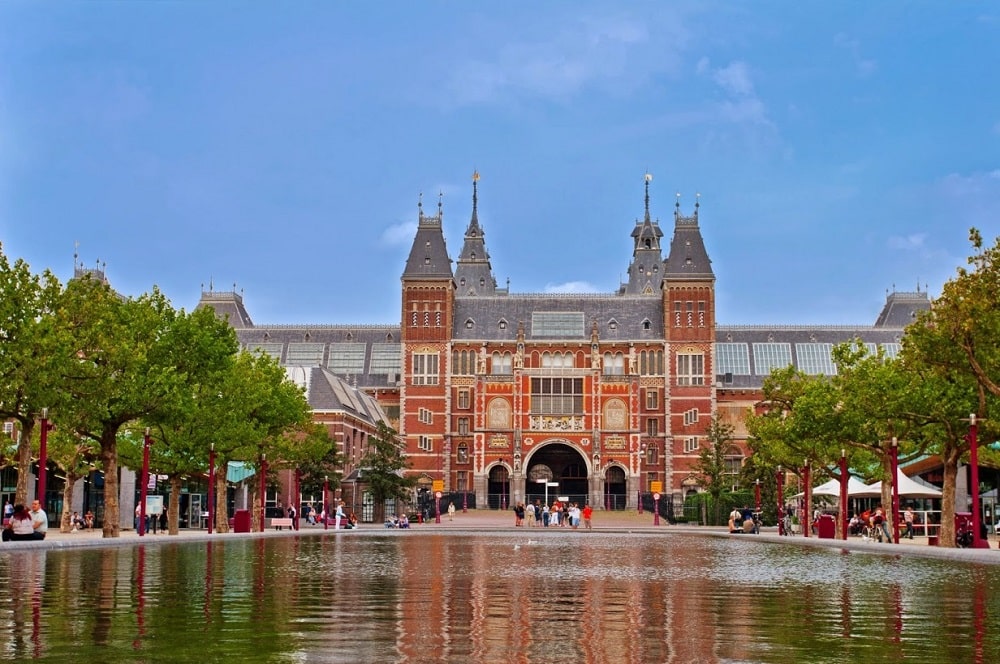 The Rijksmuseum, the largest and most attractive museum in the Netherlands, welcomes more than a million visitors each year. Of course, the fact that many of the paintings of Rembrandt, the Dutchman, one of the world’s most famous painters, are here, especially “Night Patrol”, have a big share in this. Don’t be surprised if you get carried away and spend a whole day in this museum!

** You may be interested in; Top 13 Cities with Lively and Fun Nightlife 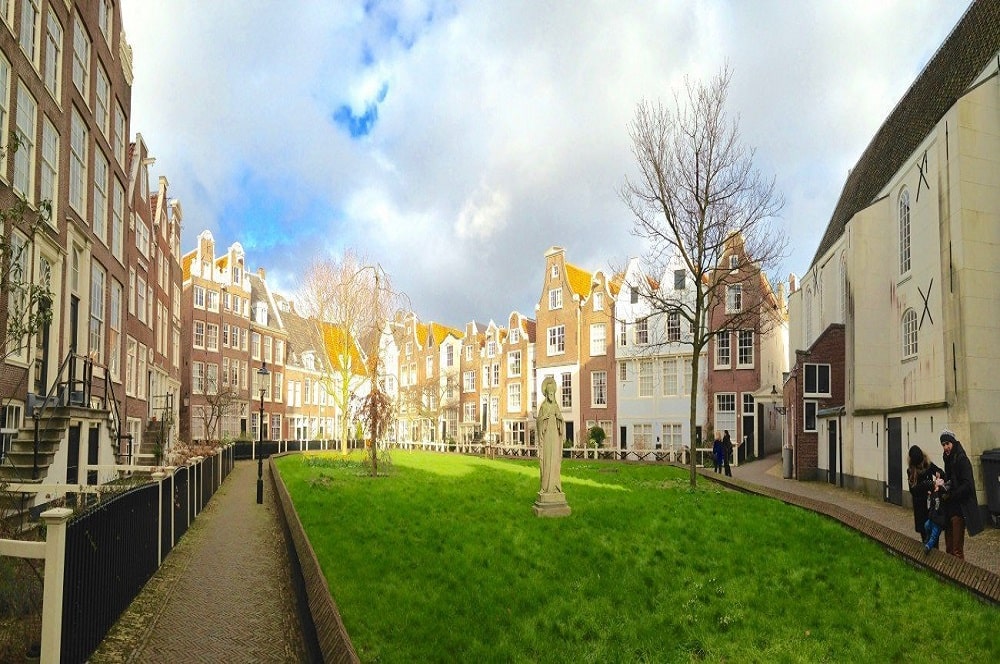 Although it is in the very center of the city, this green and quiet garden surrounded by historical houses from the Middle Ages, which many tourists do not notice, can be accessed through a narrow and arched passage. Although it is not well known, it is one of the places to visit in Amsterdam. In these buildings where Béguine nuns, who were quite religious in the past, lived, it is possible to find elderly ladies, although there are no longer nuns. Let’s also point out that Amsterdam’s oldest wooden house is here.

** You may be interested in; The 18 Most Beautiful Gardens in the World 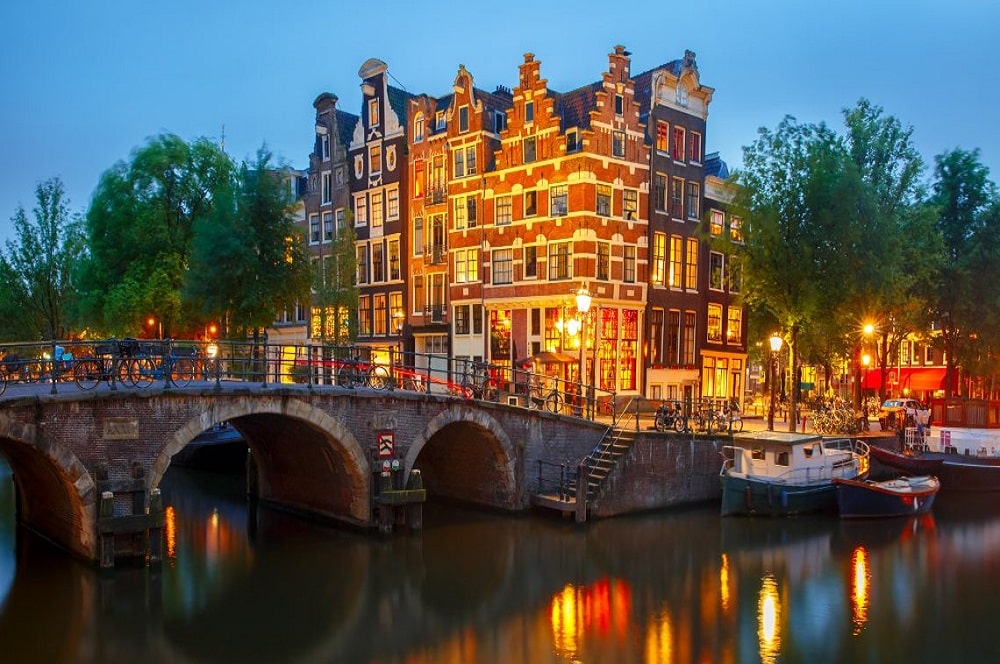 Jordaan, a district where the working class once lived, is now one of the most charming and desired neighborhoods in Amsterdam with its narrow streets and elegant historical buildings. Immerse yourself in the Jordaan’s labyrinthine streets full of art galleries, antique shops, bars and restaurants. You can be sure that this place will be one of your favorite places in Amsterdam! 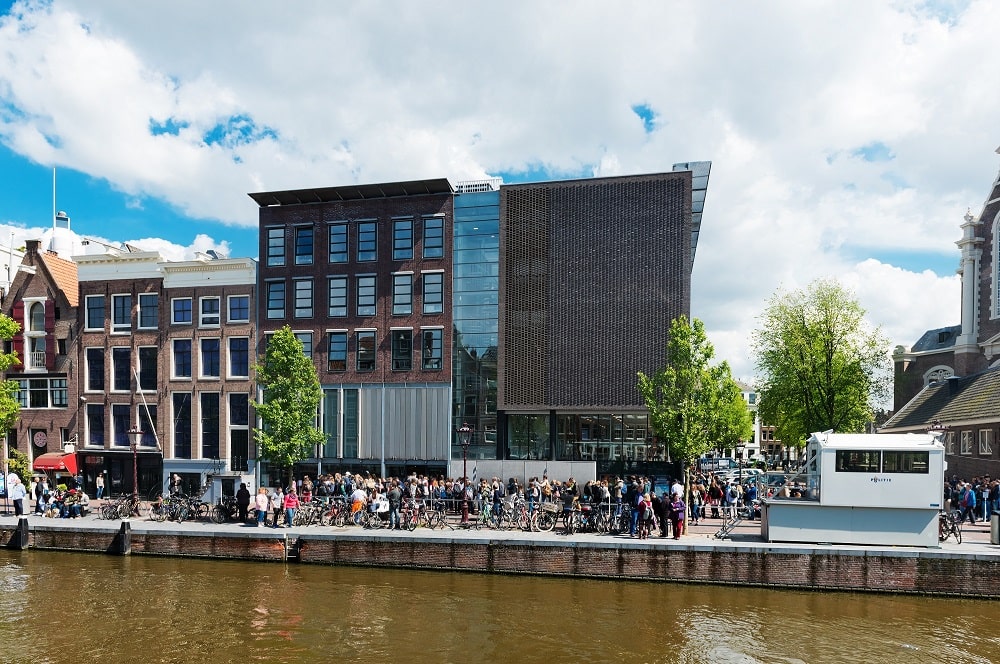 This house, where Anne Frank, one of the symbolic figures of the Holocaust, was hiding for two years during the Second World War and wrote her famous diary about her experiences during this period, is located in the center of Amsterdam. It is best to go to this museum-house, where Anne Frank’s original diary is exhibited, early in the morning so as not to wait in long queues.

** You may be interested in; The 7 Most Beautiful Gardens in the World 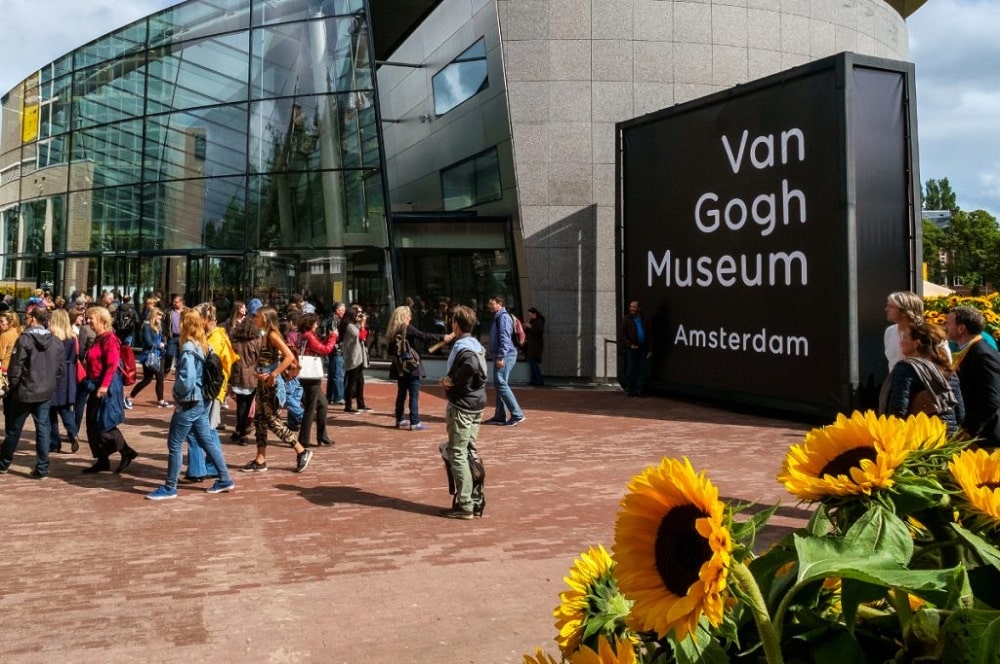 In this museum, which hosts hundreds of drawings and letters as well as 200 paintings by Vincent Van Gogh, one of the most famous painters in the world, you not only see the artist’s works, but also witness his development and inspiration as an artist. After visiting the museum, you had a look, and you were filled with inspiration!

** You may be interested; Top 8 Free Museums in the World 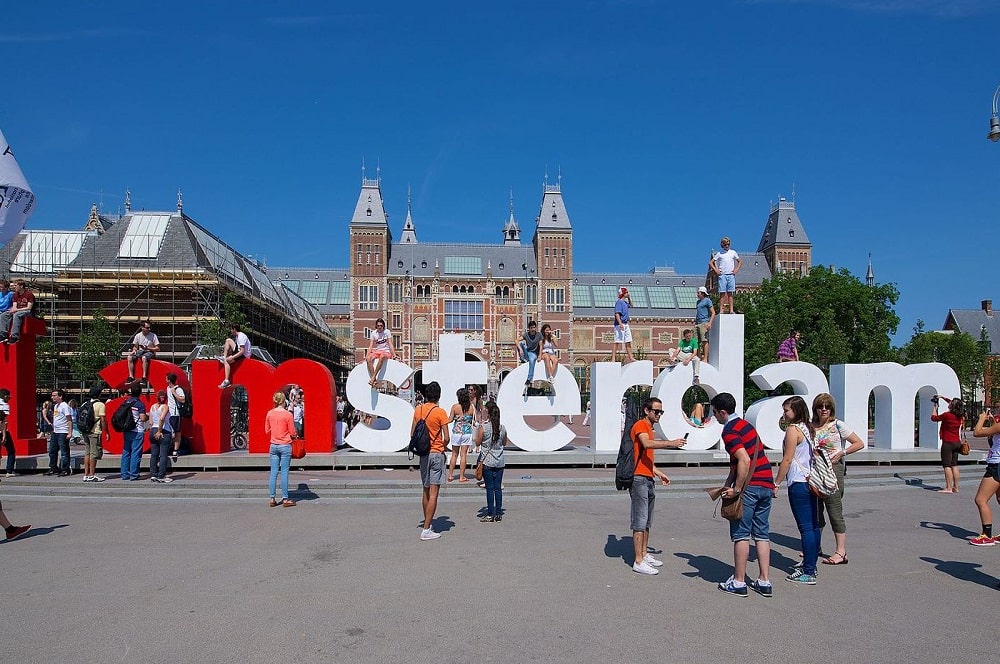 The “I amsterdam” script, 2 meters high and 24.5 meters wide, in the Museumplein, which is home to many museums in Amsterdam, has already turned into one of the symbols of the city. In other words, it has become one of the things to be done in Amsterdam. A copy of this giant article, in which the tourists who come here have taken pictures in front of (or on!), Is also at Amsterdam Schiphol Airport.

** You may be interested in; 15 Wonderful Places For Travelers In Europe 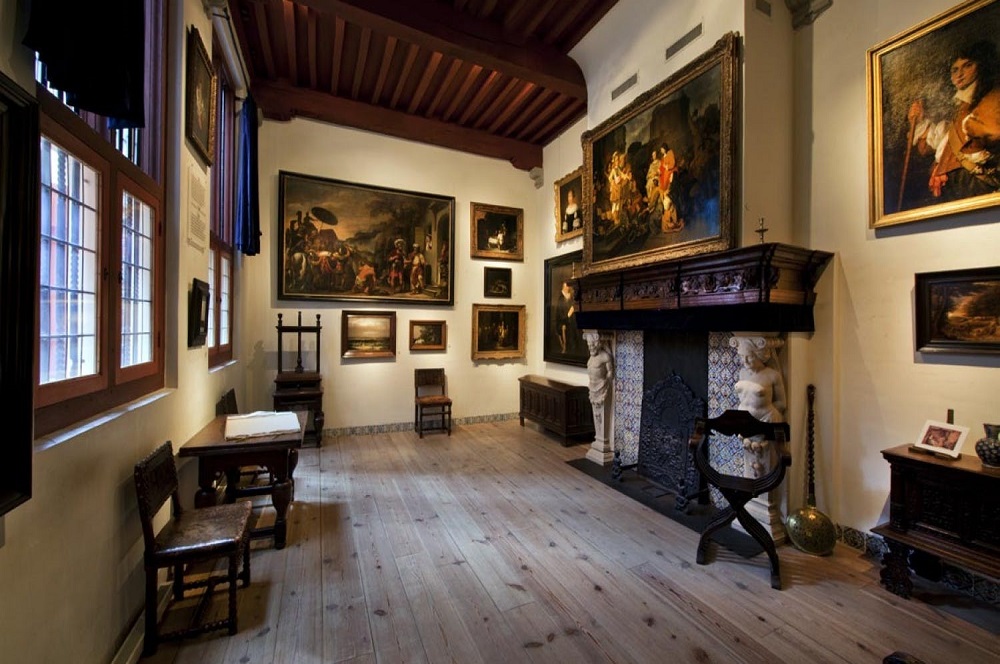 Another must-see place to find inspiration in Amsterdam! This house on Jodenbreestraat, where the famous painter Rembrandt van Rijn spent the happiest and most successful years of his life with his wife Saskia between 1639 and 1656, is now used as a museum. Some of the painter’s personal belongings are also exhibited in the house, which was restored to its 17th century appearance.

** You may be interested in; 12 Places You Must Visit in Los Angeles 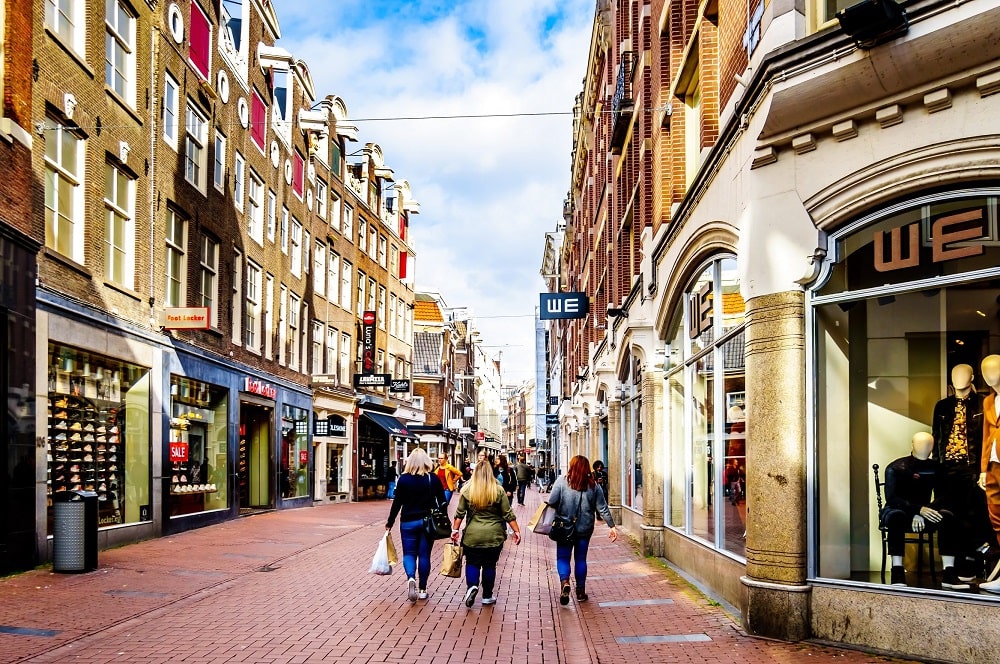 No trip is complete without a little shopping! There is a wide variety of shopping options in Amsterdam, from luxury products to homemade souvenirs. One of the best addresses for this is Kalverstraat with its stylish boutiques, galleries, perfumeries and cafes. If you want to experience a completely different shopping experience, turn your route to Vlooienmarkt, which has been home to Amsterdam’s flea market since 1886.

** You may be interested in; European Capitals Famous for Rivers 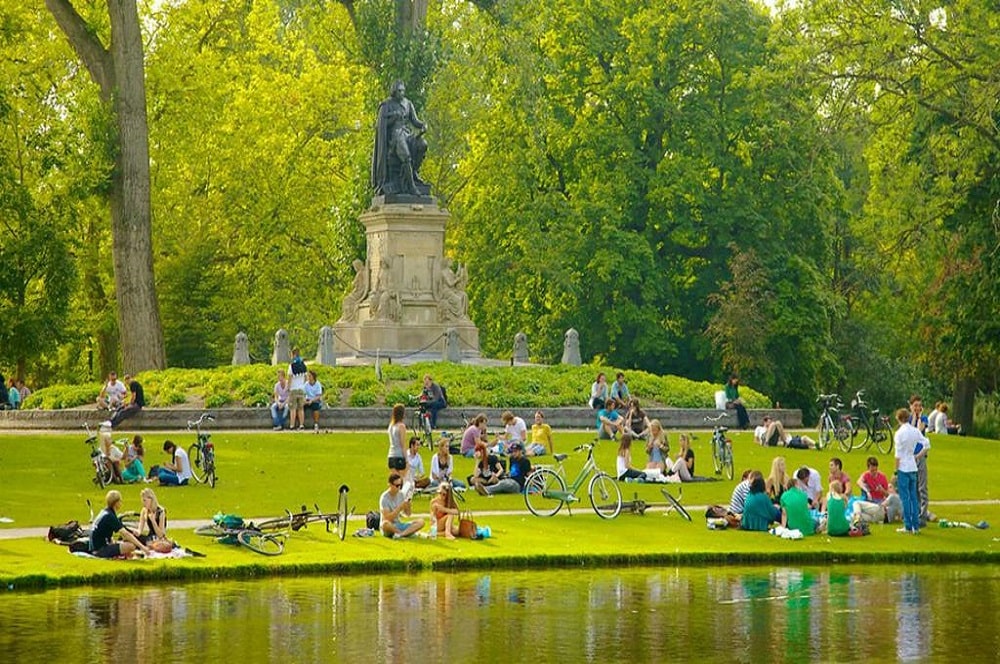 If you want to have a picnic in Amsterdam or lie on the grass in sunny weather, you have many options. Because there are more than 30 parks in the city. The largest and most popular of these parks, which are part of the city’s fabric, is definitely Vondelpark. In the 47-hectare gigantic park, there is an open-air theater where concerts are held in summer, as well as various bars and restaurants.

** You may be interested in; The Most Beautiful Palaces in Europe