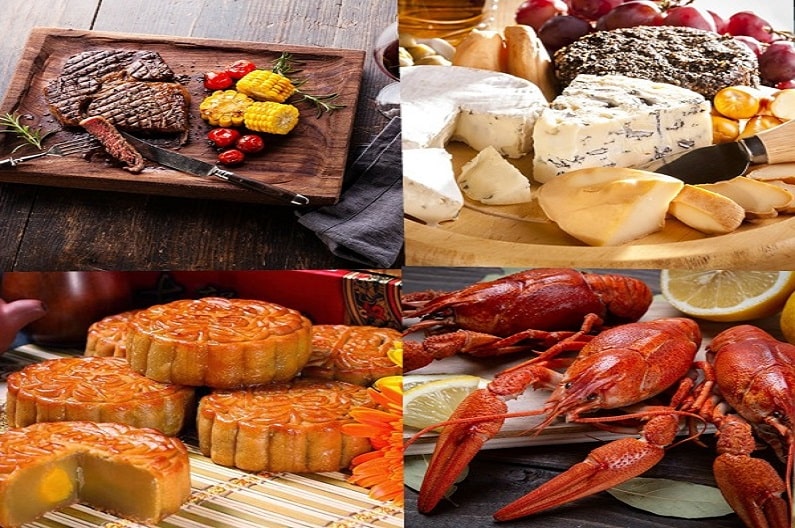 Discovering interesting foods and meeting with world cuisines have become one of the reasons to travel. If you are interested in the concept of food tourism, you must know very well the pleasure of getting to know cities through their cuisine. It is certain that trying interesting food and street food is one of the best ways to get to know a place. Food festivals welcome thousands of visitors every year. We have selected the most famous food festivals from the gastronomy events and created a list for you. 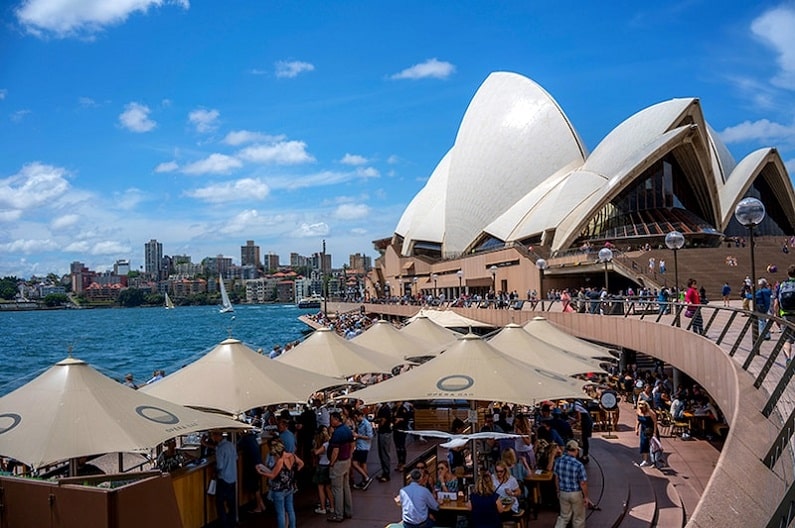 There is no doubt that Sydney is a beautiful country with beautiful beaches, lots of exciting tourist attractions, and great art. But besides that, Sydney is known to recommend the fusion of different food combinations. A paradise for all the foodies out there, Sydney is the one-stop shop where people can find an infinite number of delicious and mouth-watering dishes made with pure love. 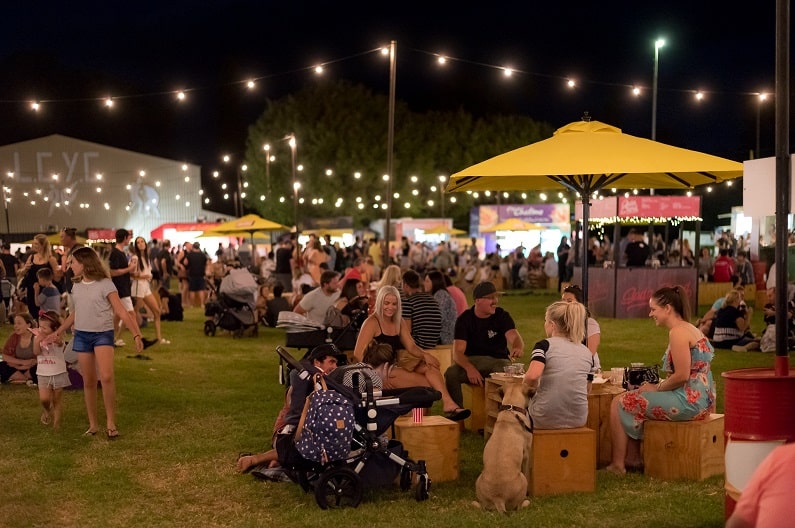 People traveling to Sydney for the first time should definitely discover the diverse landscapes, wildlife, and variety of delicious food the city has to offer. Sydney International Food Festival is held in October of each year and covers an entire month. Star chefs take the stage at the festival and almost all cuisines of the world are featured. 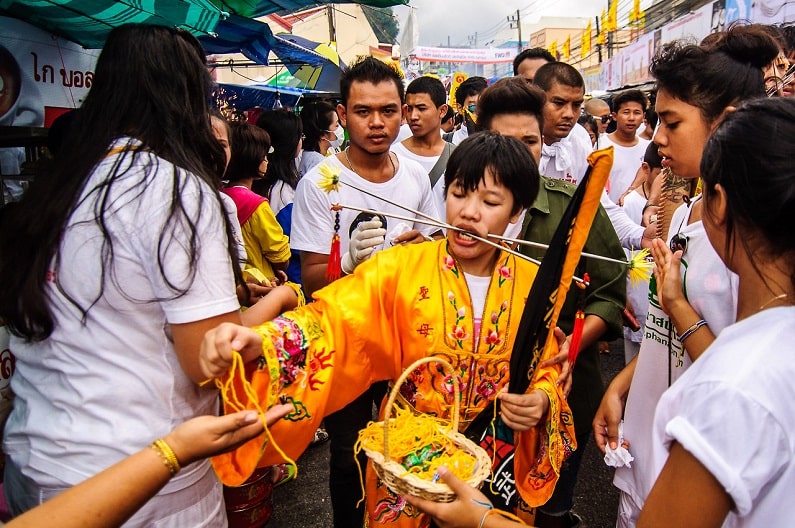 In Thailand’s capital, Bangkok, there is a vegetarian festival that lasts for 9 days in October every year. The reason for the duration of the festival is 9 days because it is held to honor 9 emperors. A wide variety of noodles, cakes, hummus, and vegetable dishes of different flavors are frequently exhibited at the festival. 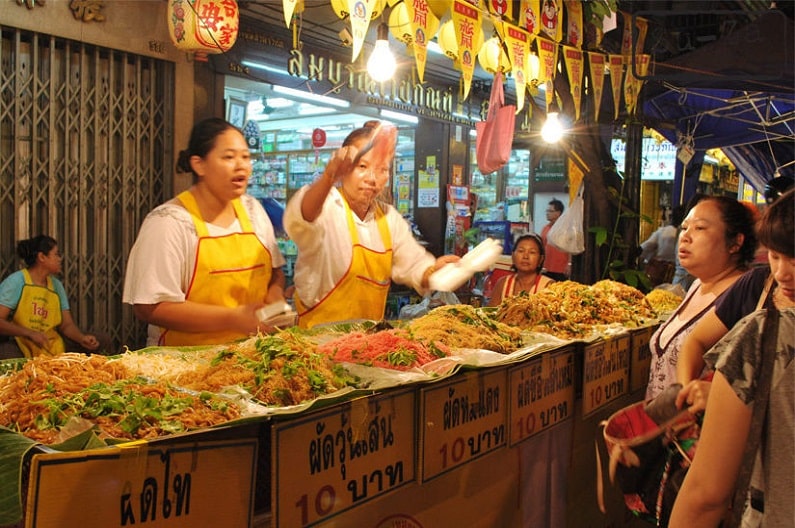 Another interesting feature of the Thai Vegetarian Festival is that almost every cook prepares foods that look like real meat using only vegetables. The festival continues with various performances at night. 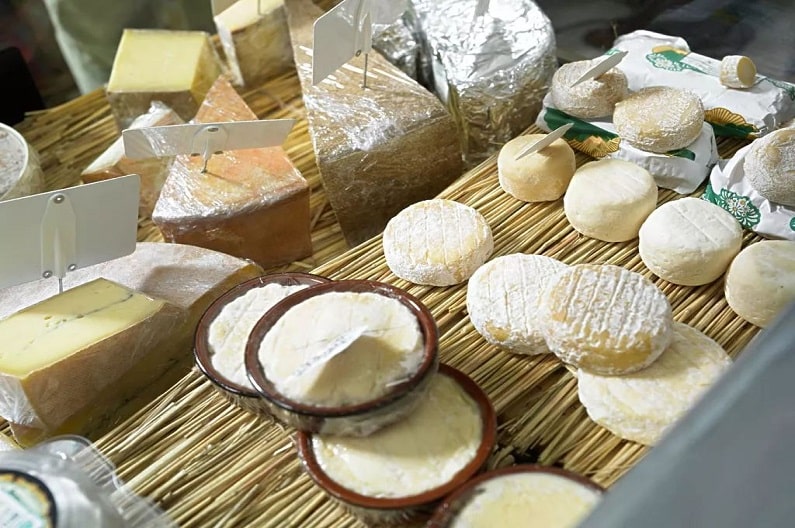 More than 460 types of cheese are on display at the festival held in Cardiff, the capital of Wales in the last week of September. The festival, which also includes local beers, cider wines, and traditional dishes, is held in the large area in front of Cardiff Castle, a Roman structure. Great Britain is ambitious in animal husbandry, and therefore also in cheese production. This makes the event one of the best cheese festivals in the world.

*** You may be interested in; Top 10 Richest Kings in the World 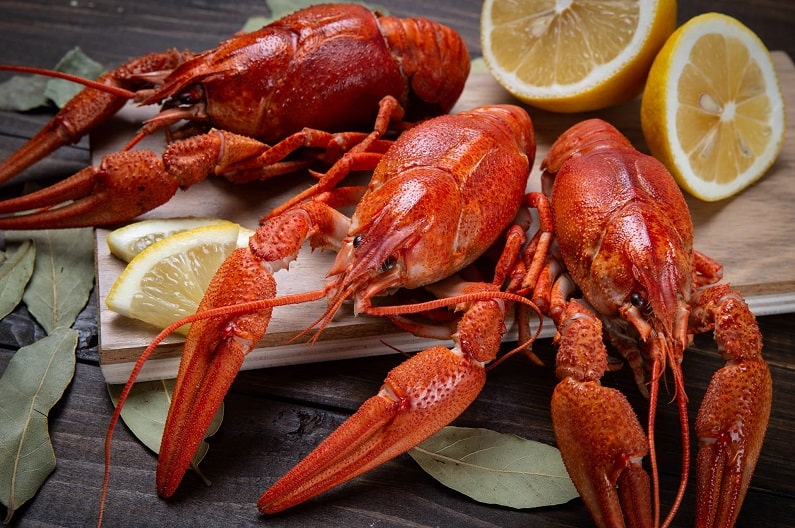 Spain’s O Grove Seafood Festival, which is indispensable for sea lovers, is held in October. The festival, which has a long history from 1963 to the present, is known as the biggest and best in Europe in its category. 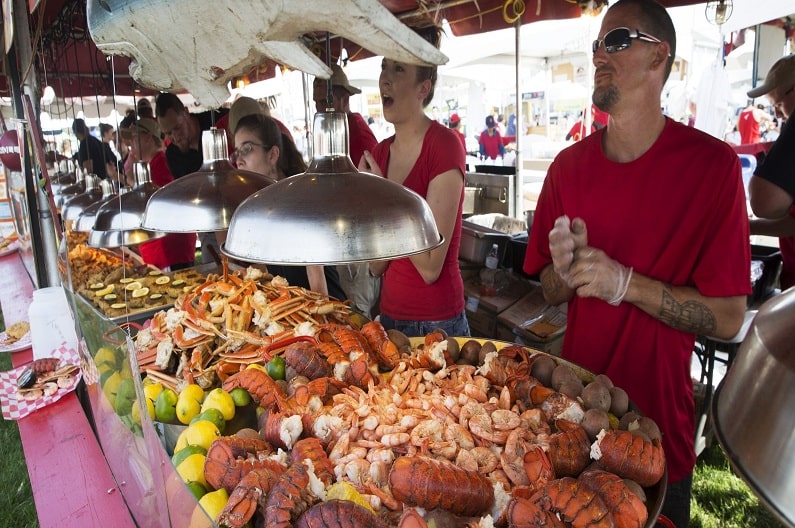 During the festival, delicious food is accompanied by Spanish music and folk dance performances. The festival’s good mussel competition is also of great interest. Famous chefs compete with each other for three days to cook the best mussels in the world. 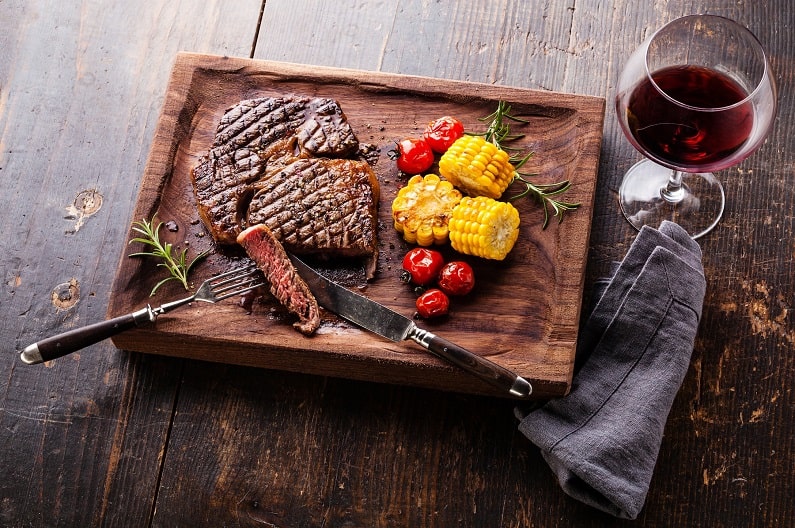 Canada is a highly diversified place in terms of culture and taste. So it wouldn’t be surprising to say that Canadians have caught the attention of food lovers across all borders who love to celebrate any food-related event. 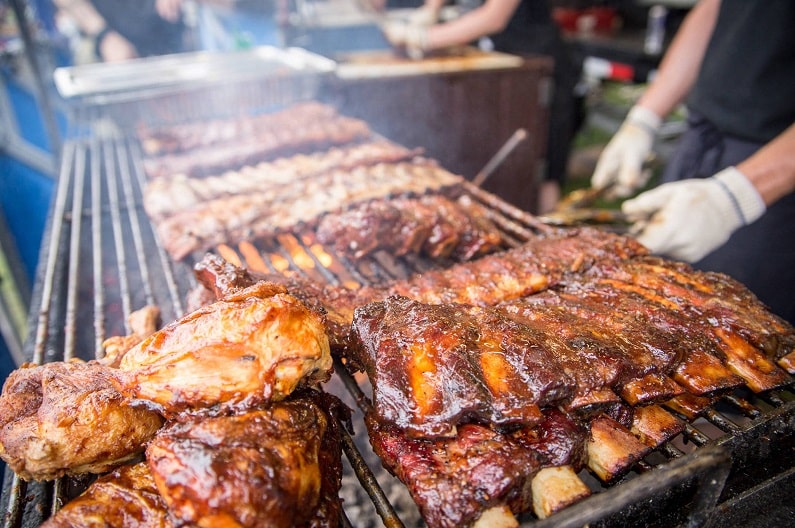 Toronto Rib Festival consists of crazy barbecues that are lit all weekend long in Centennial Park, the city’s famous center. More than 150 thousand visitors come to the festival every year.

*** You may be interested in; Discover Canada’s Unique Beauties 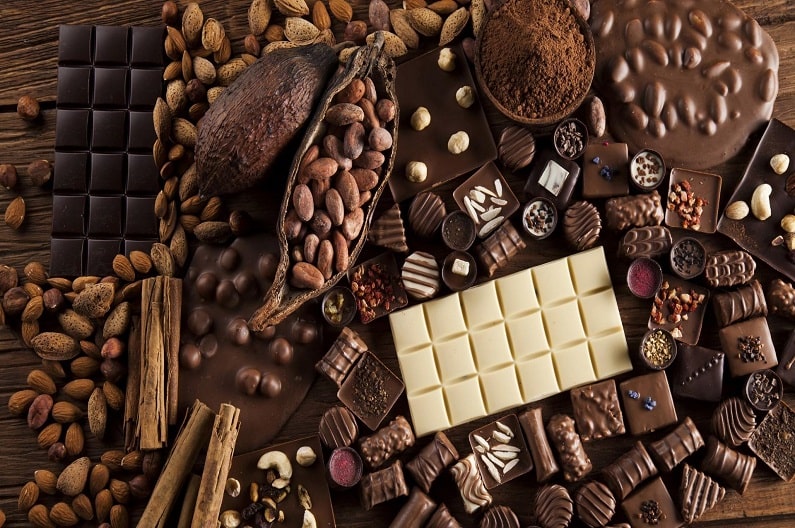 The festival, which started in Paris, the capital of France, in 1922, has developed itself every year and has become one of the largest food organizations in the world. In addition to those produced in France, chocolates from all over the world, chocolate books, chocolate courses, shows and of course the best chocolate competition are among the activities and concepts you can encounter at the festival. 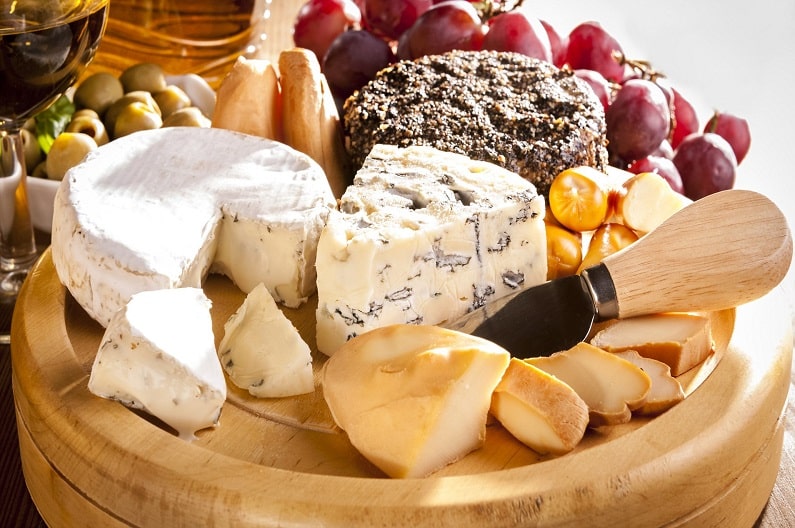 The three-day Great Wisconsin Cheese Festival is a must-discover event for cheese lovers. In addition to countless cheeses, the festival also includes almost all products that can be consumed with cheese.

The cheese carving art competition is one of the most interesting organizations of the festival. Both children and adults have a lot of fun at the festival, which takes place in a carnival atmosphere. This interesting festival is held in the first week of June.

*** You may be interested in; The Most Beautiful Vancouver Festivals 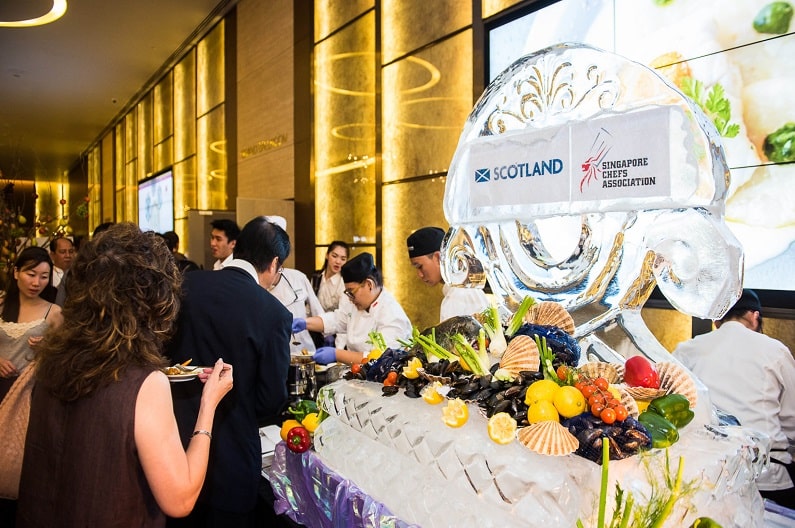 The World Gourmet Summit is one of the most challenging meetings in terms of gastronomic tourism. In addition to the meetings held in the halls, award-winning chefs, the world’s best 100 restaurants and Michelin-starred restaurants attend the summit, which also hosts a 5000 square meter gourmet market. 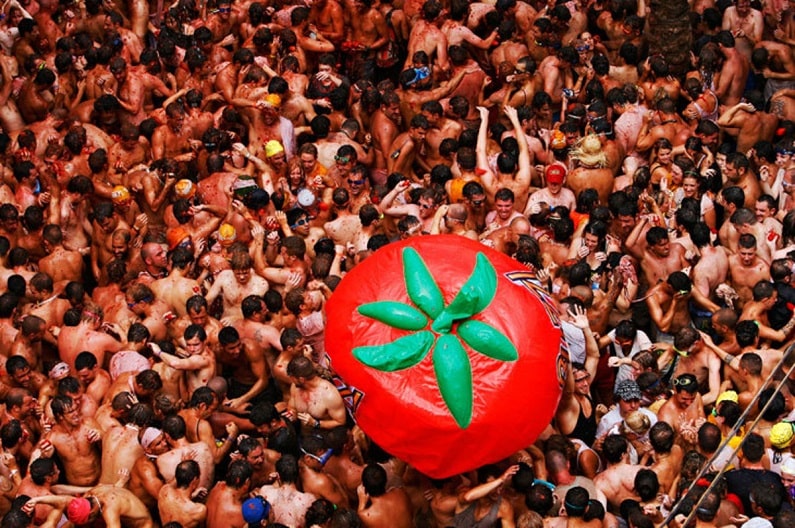 The festival, which first started in Valencia, Spain in 1940 with the use of over-production tomatoes, is a world-famous tradition today. The most important feature that distinguishes Valencia Tomato Festival from others is that tomatoes are preferred for a purpose other than food. Tones are used for the tomato fight on the streets of the city. 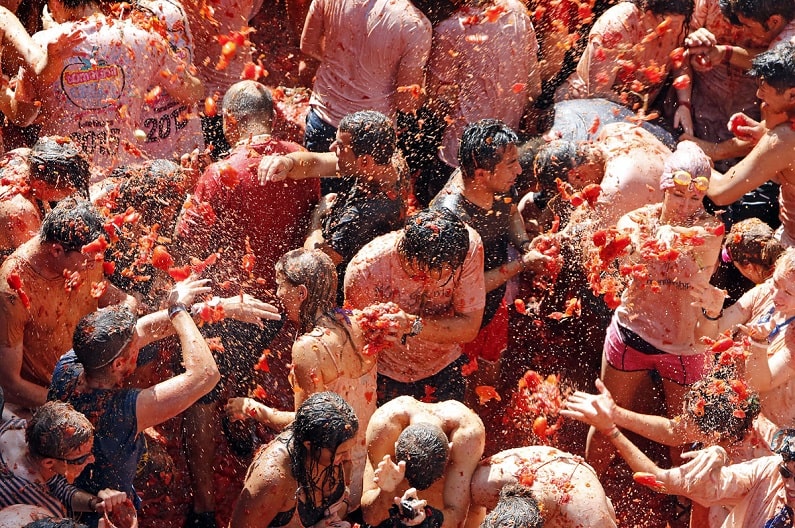 In a nutshell, people throw tomatoes at each other. At the end of the day, you are red, tired, and fun just like the streets of the city. It should be said that Valencia is in the top three among the most interesting food festivals. 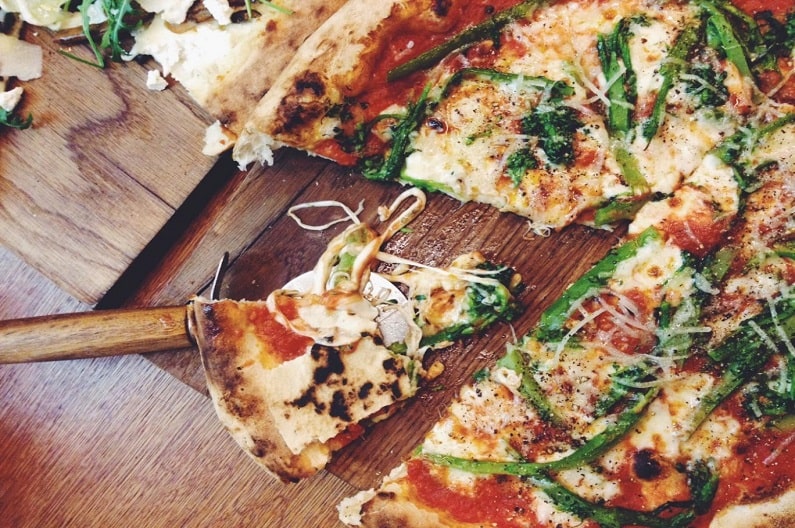 Naples Pizza Village Festival is known as Europe’s largest and most famous pizza festival. The festival is home to more than a million viewers. The festival, where pizzas of different sizes and shapes are made, is held every September in an area of approximately 30,000 square meters along the coast, one of the most beautiful places in Lungomare Caracciolo o Naples. 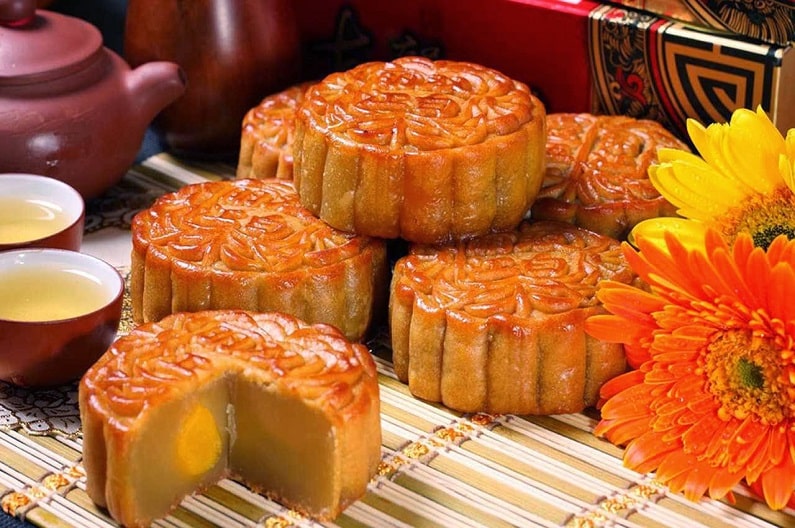 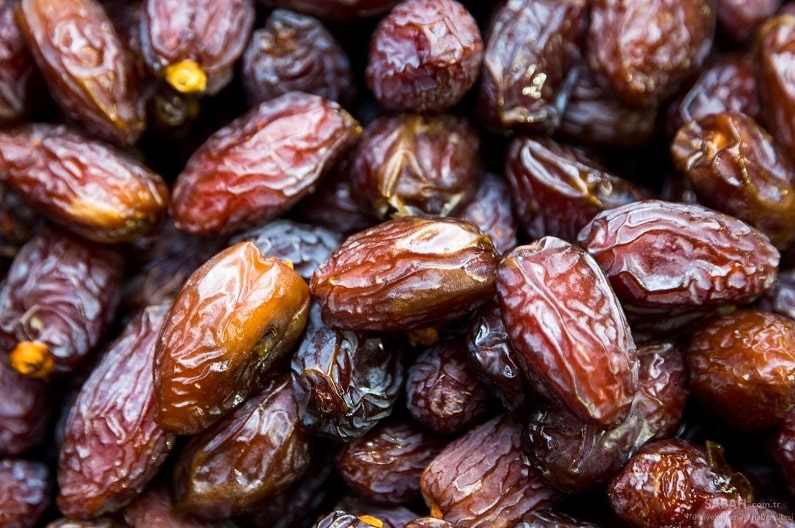 Held in an oasis called Erfoud in the middle of the Sahara Desert, in the magnificent nature of Morocco, one of the most colorful countries of North Africa, the Date Palm Festival is authentic in the true sense of the word. The Date Palm Festival, which is held every year in October, which is very important for Moroccans, lasts 3 days. 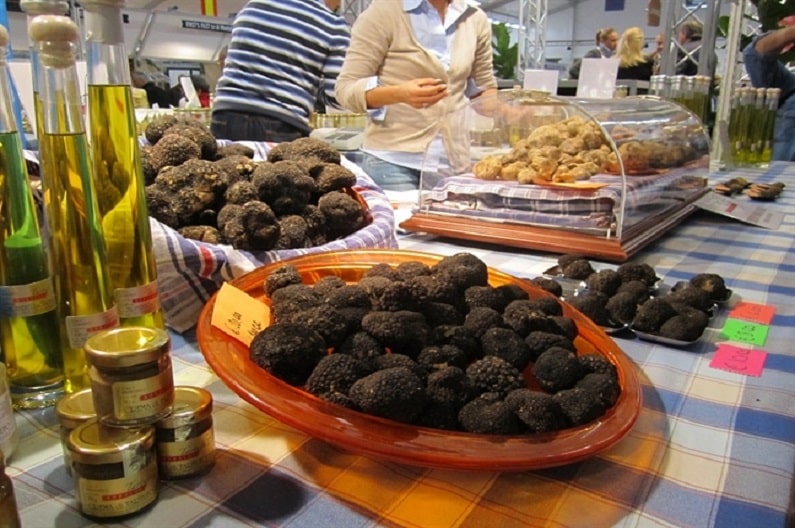 Italian cuisine seduces everyone it meets. One of the highlights of many food festivals held in the country is the Truffle Festival. Truffle mushroom is one of the most special flavors in the world. The city of Alba, located in the Piemonte region in the northwest of Italy, is the home of this special mushroom and the place where the festival is held. However, you need an invitation to participate in this long-established festival.