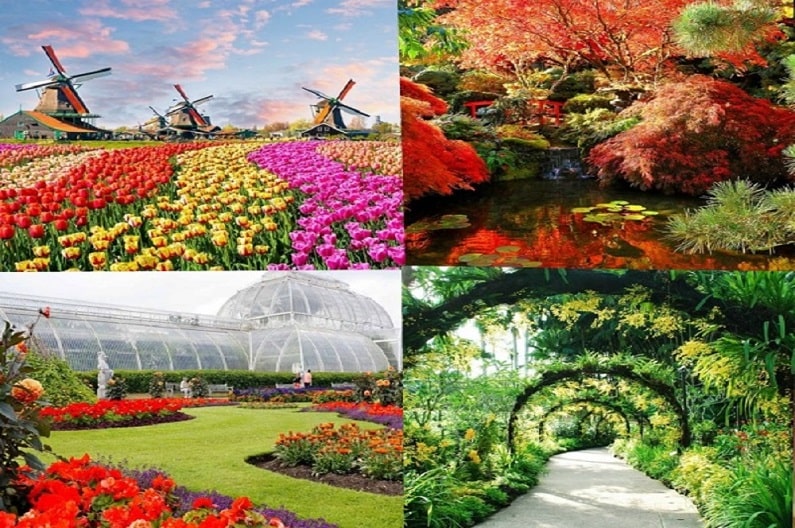 Botanical parks, even though they are handmade, are almost a paradise that allows you to breathe in the hustle and bustle of big cities. It is also possible to find every shade of every color in nature in these gardens. Although they have a distinct beauty with their white snow cover in winter, the botanical gardens experience their most magnificent periods in spring and summer.

Botanical parks bring together endemic plant species found in different parts of the world, contributing to the development of people’s awareness of environmental protection. These parks, which are almost an oasis of peace with their extraordinary beauty, are also known as areas for scientific research. Would you like to go on a journey among magnificent trees, colorful flowers, and lush herbs? If your answer is yes, here are the 10 most beautiful botanical parks in different parts of the world … 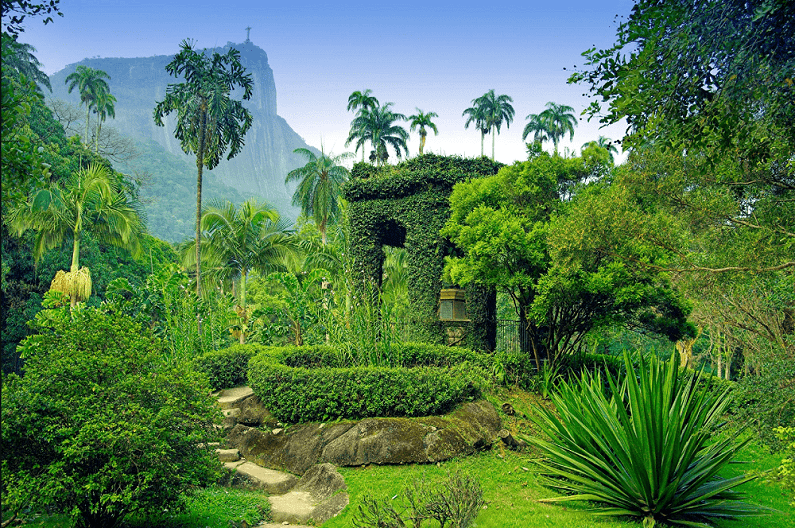 Jardim garden, located at the foot of Corcovado Mountain, was founded in 1808 by King of Portugal VI. It was founded by John to grow spices such as coconut, pepper, and cinnamon. Today, the garden, which spreads over an area of 140 hectares, is home to 6,500 plant species. There are 900 different palm tree species in the park. At the entrance of the park, there is the Royal Palm Road, where 134 palm trees, approximately 750 meters long, are lined up to the right and left. 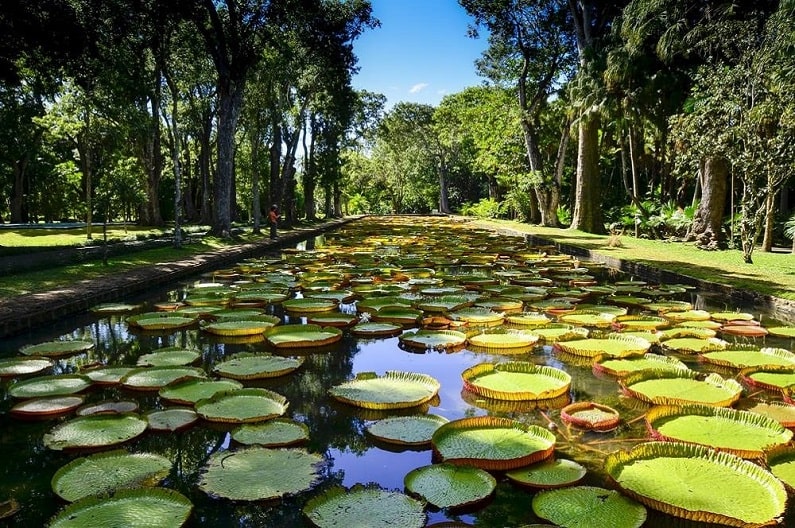 In 1992, when UNESCO declared the Jardim botanical park a biosphere protection area, the protection of plants is transferred to the Patrimônio Histórico e Artístico Nacional. The park has historical, artistic, and archaeological importance not only in its botanical field. The research center in the botanical garden contains a comprehensive library of 32,000 materials.

Singapore Botanic Park is one of the most touristy destinations in South East Asia. This park, spread over a huge land of 183 acres, has been offering a visual feast to its visitors for 158 years. 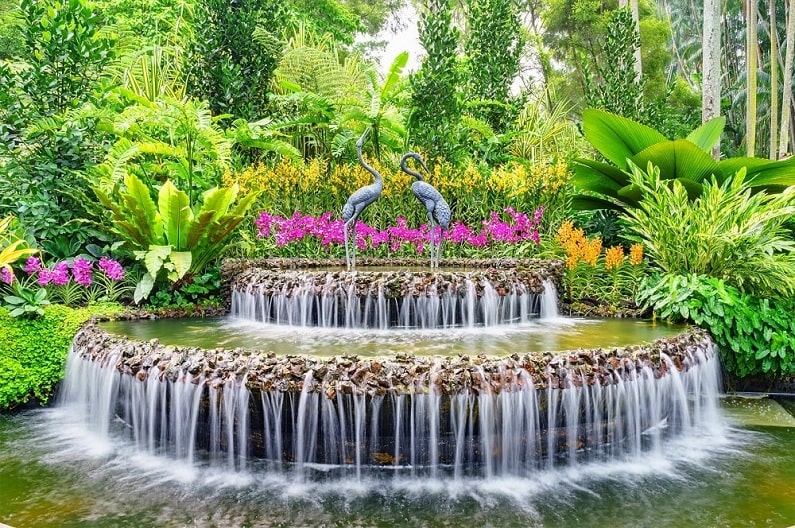 The park includes 3 separate ponds, a ginger garden, an evolution garden, and a national orchid garden with over 20,000 orchid species. Let us also point out that Singapore Botanic Park is the only botanical park included in the UNESCO world heritage list. 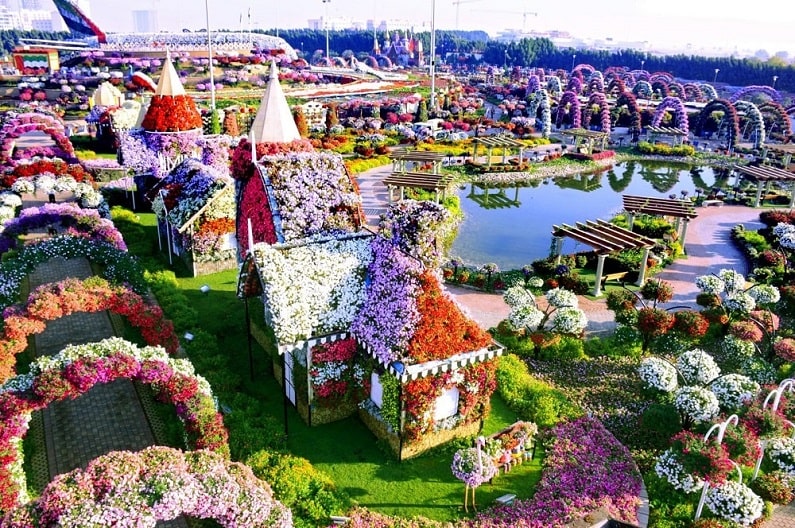 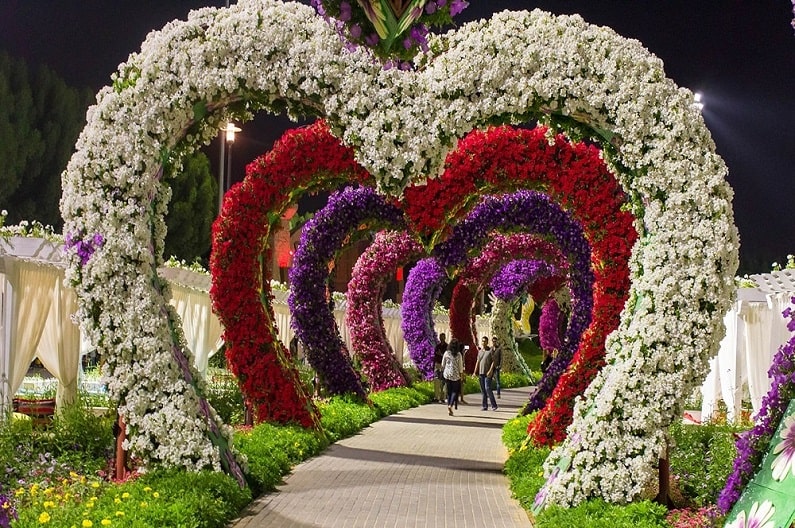 Dubai Miracle Garden is the world’s largest handmade flower garden with 45 million flowers planted in its garden. Another point that makes the park special is the treatment and reuse of wastewater for irrigating the garden.

*** You may be interested in;  6 Fantastic Places to Visit in Modern City Dubai 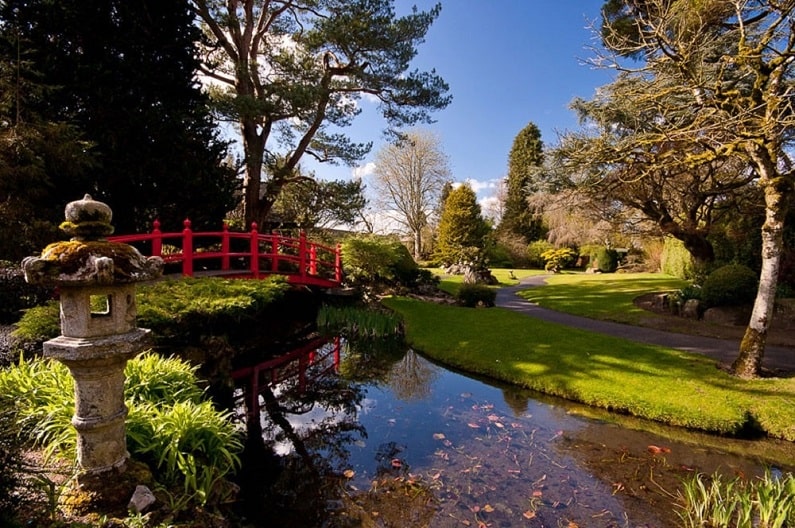 Established in 1910, the botanical park is located in Prospect Park, right in the heart of Brooklyn. Known for hosting more than 14,000 plant species, this park is visited by one million people every year. In the garden, which offers interactive learning opportunities to its visitors; Training are provided in the fields of plant science, ecology, and healthy nutrition. 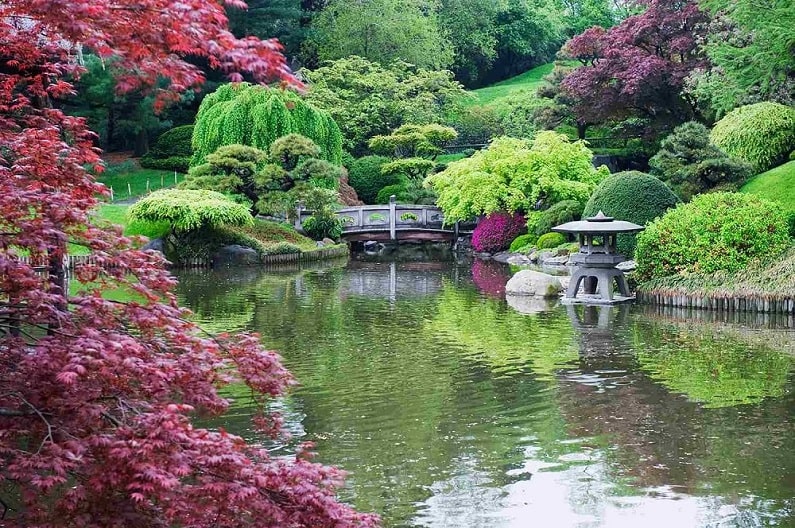 With more than 600 staff, one of the world’s largest plant research and conservation programs is carried out here. At the same time, the cherry blossom, which is identified with the Japanese culture, is best grown in the Brooklyn botanical garden outside of Japan. There are over 200 cherry trees in 42 different species in the park. 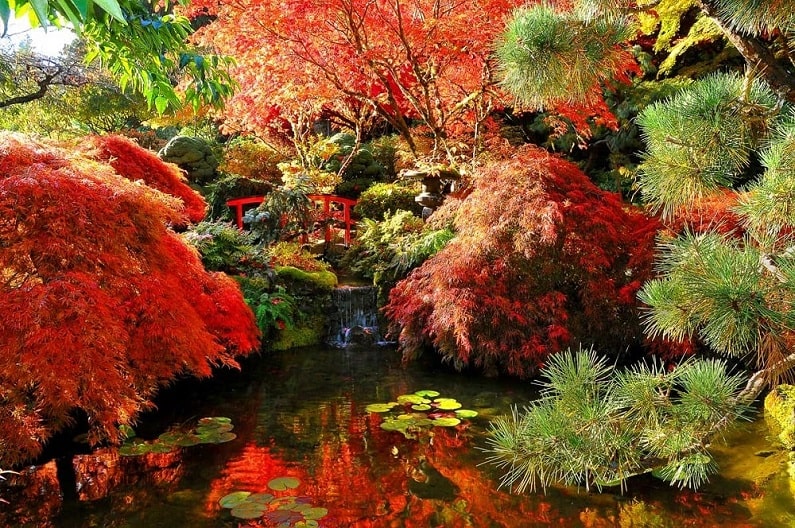 Butchart Gardens are essentially a group of flower gardens; Brentwood Bay is located in British Columbia and Canada. Everyone who comes to Victoria can see these gardens; It is visited by thousands of tourists every year. The day, night, and sunset hours of the Butchart botanical garden, which resembles a maze, offer a wonderful visual feast to its visitors. While colorful flowers offer a distinct beauty in daylight, the lighting in the evening adds a completely different form to the garden. 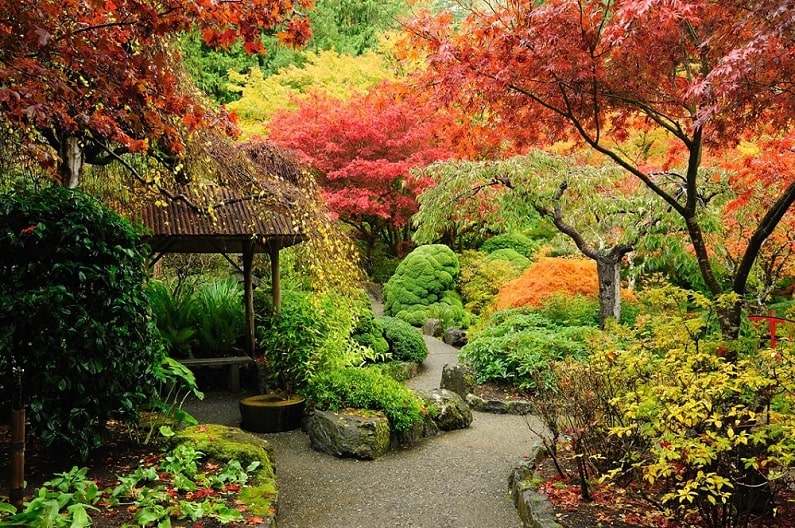 The most important feature of Butchart Gardens is that there are different themes such as the Italian garden and the Japanese garden… The real beauty of Butchart Gardens, which turned into fairy tale gardens thanks to hundreds of hidden lights, emerges as the sunsets. Butchart Gardens features rare trees, beautiful flowers, fountains, and colorful roads. Not to mention thousands of wonderful fragrances. 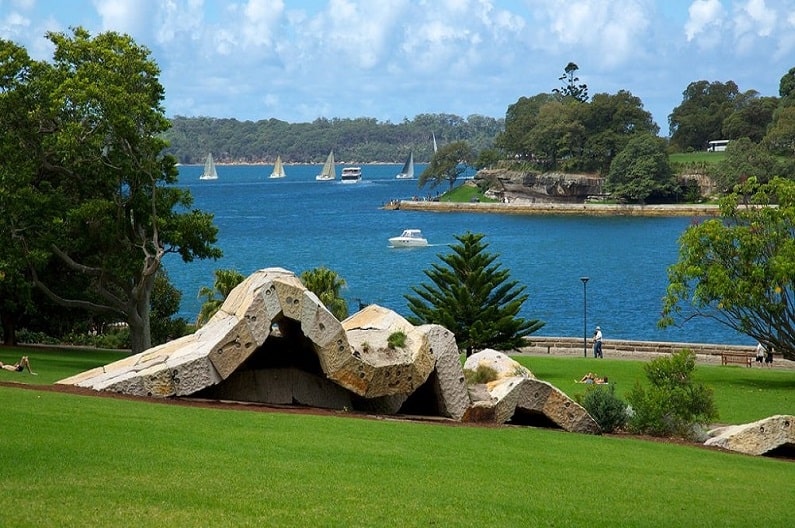 Royal Botanic Park is located in the heart of Sydney, among the skyscrapers. This park has become an integral part of city life for Australians. The botanical park with a view of the Sydney Bridge and the Opera House is home to the flora of the continent. Fruit bats, also identified with Australia and known as flying foxes, also live here. 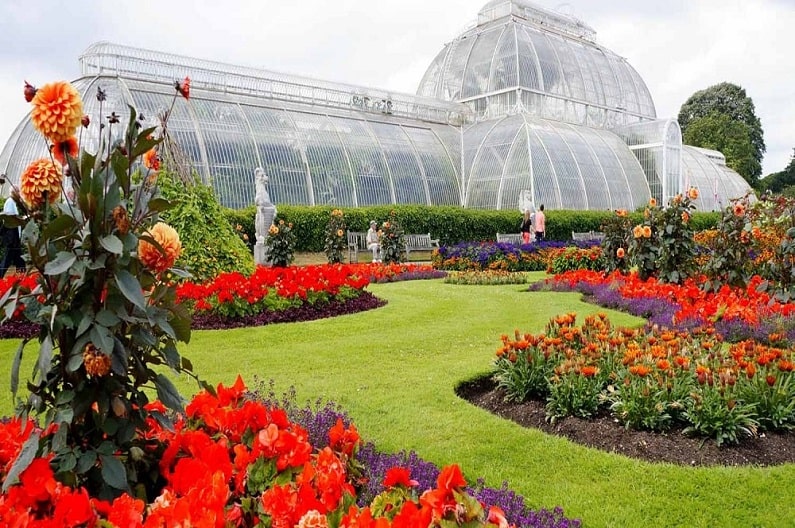 The Kew Botanical Garden, which has been welcoming visitors for nearly 250 years in the middle of England’s capital London, is renewing itself every day, hosting the world’s largest plant collection with 50,000 plant species and more than one million plant specimens. Located right next to the Thames river, this park officially began to be established in 1759. 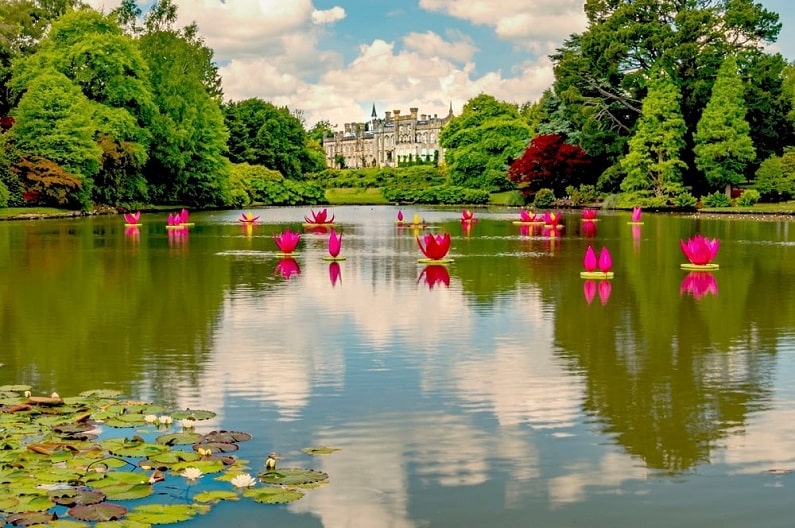 Today, it covers a large area with plant houses, temples, art galleries, palaces, and walkways. It also has a library with more than 750,000 items. The library has a 7 million-piece herbarium that has been collected and dried from different parts of the world throughout history. We strongly recommend you to see this botanical garden, which is on the Unesco World Heritage list. 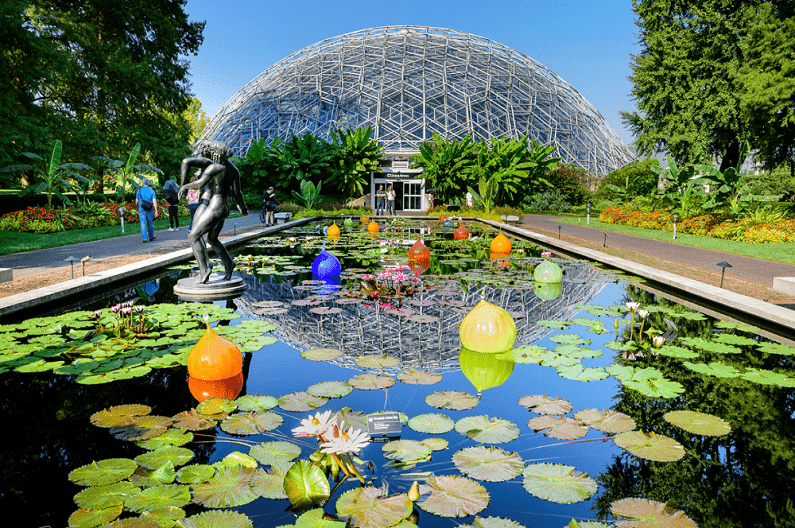 Missouri Botanical Garden, America’s oldest botanical garden, was established in 1859. Many buildings were added in the botanical paradise, which has been renewed and grown over the years. Subsequent units such as zoos, museums, and pools are visited by hundreds of thousands of people throughout the year. 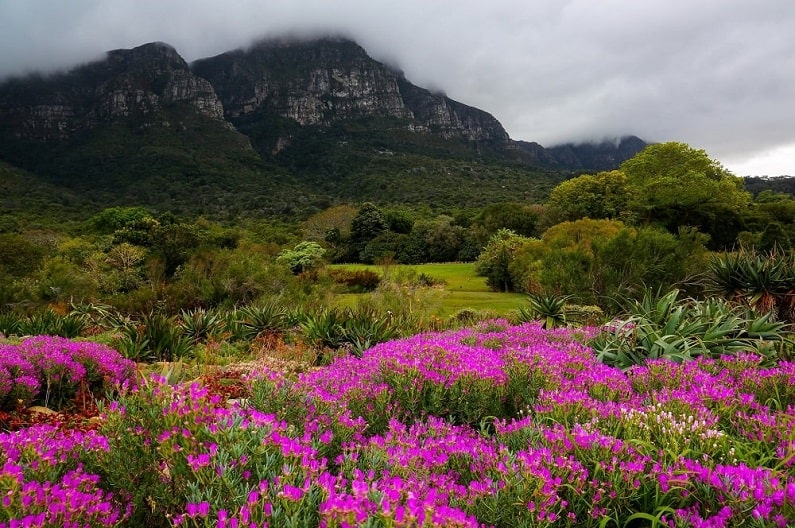 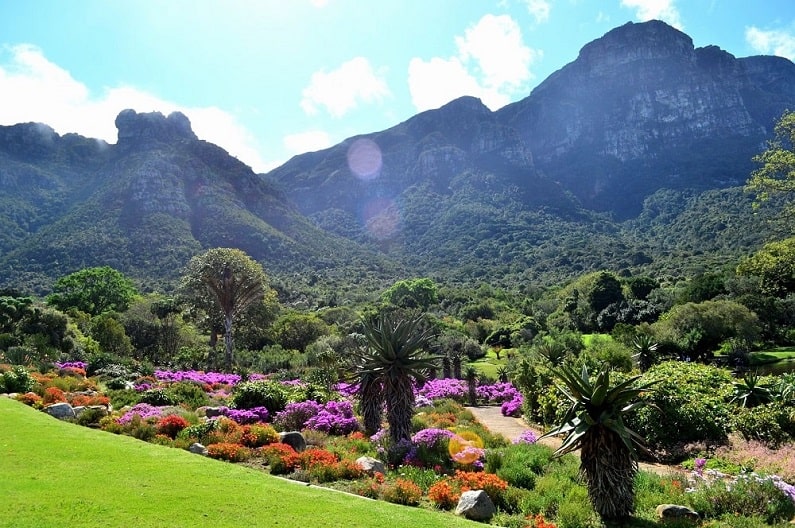 Operated by the South African National Biodiversity Institute and established in 1913, the botanical garden is located on an area of ​​528 hectares. In addition, the Kirstenbosch Botanical Garden, which is home to five of South Africa’s six different biomes, attaches particular importance to the cultivation of native plants and works to protect the vegetation unique to South African lands. 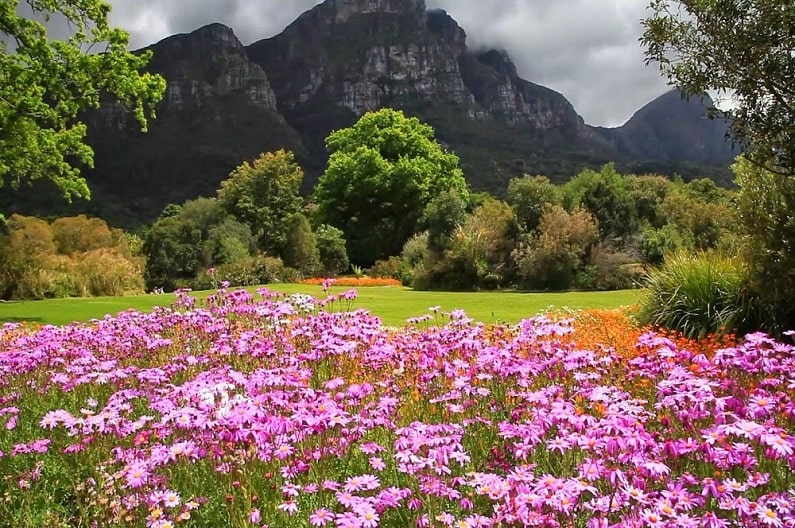 In 2015, interest is growing when the International Garden Tourism Authority declares Kirstenbosch the garden of the year. The bridge called Boomslang, which curves through the trees, offers its visitors a bird’s eye view of the park. 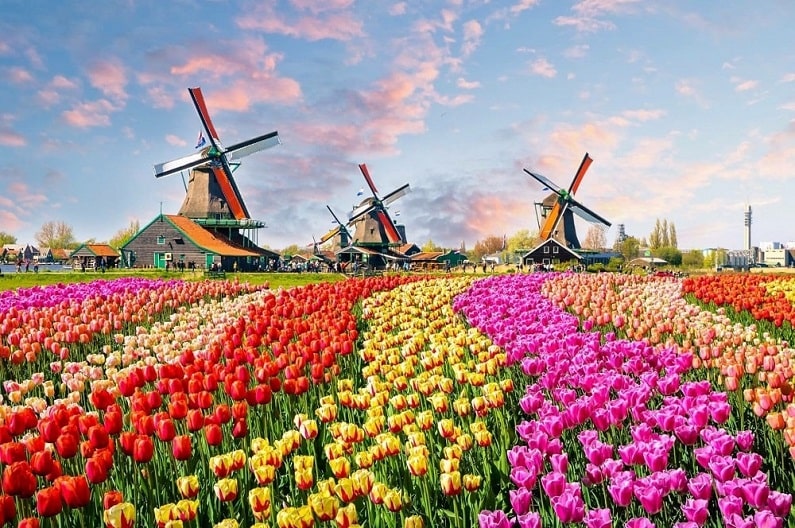 Keukenhof, also known as the European Garden, is one of the world’s largest flower gardens located in the Dutch municipality of Lisse. This park with tulips, the symbol of the Netherlands, is a colorful paradise. Although tulips are the main attraction, Keukenhof is also famous for its indoor exhibitions, which often include impressive collections of orchids, lilies, and other varieties, as well as azaleas, daffodils, hydrangeas, and cherry blossoms. 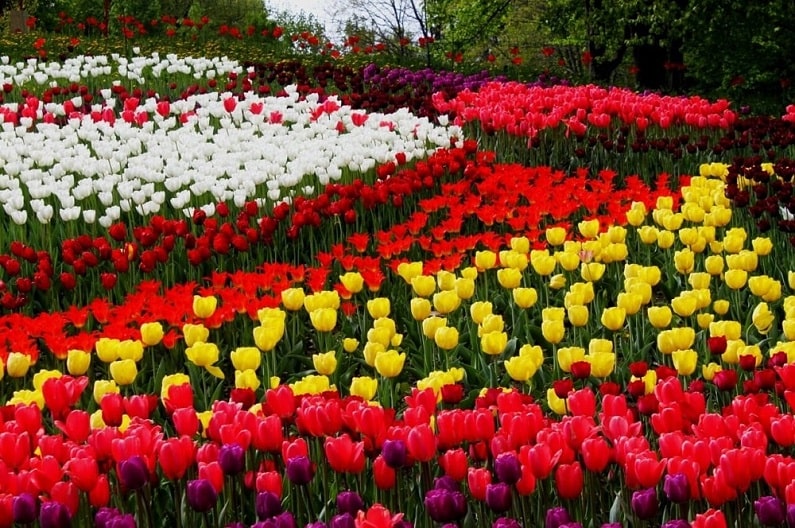 Keukenhof Gardens has an enormous beauty, especially in spring and summer. Another feature of the park is that it ranks first in the list of the world’s largest flower gardens. Keukenhof is a very popular tourist attraction hence a place visited by tourists from all over the world.