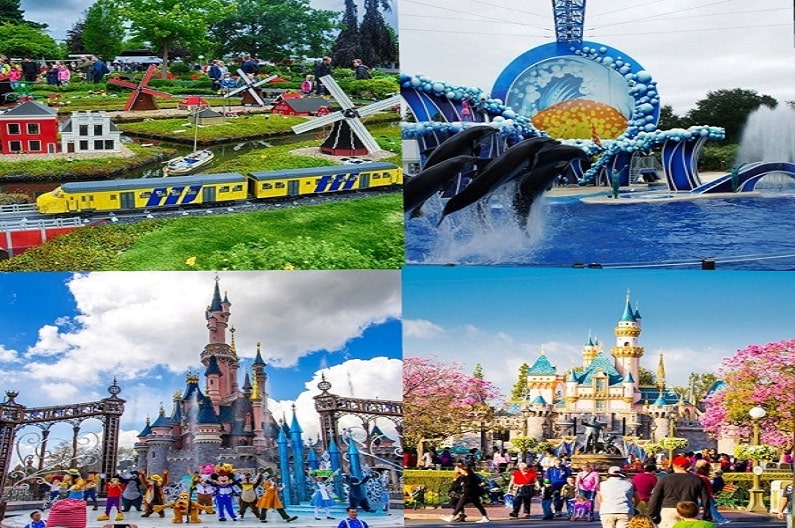 How would you like to take the funfair fun of your childhood to a different dimension and live with your own child? We have prepared a list of the best theme parks in the world for you. To be honest, this list isn’t just for your kids to have a good time. The world’s best theme parks will offer you a different entertainment experience; It will remind you of your childhood. We are going on a journey full of excitement and dreams with the list of the most beautiful theme parks in the world that we have prepared for you! 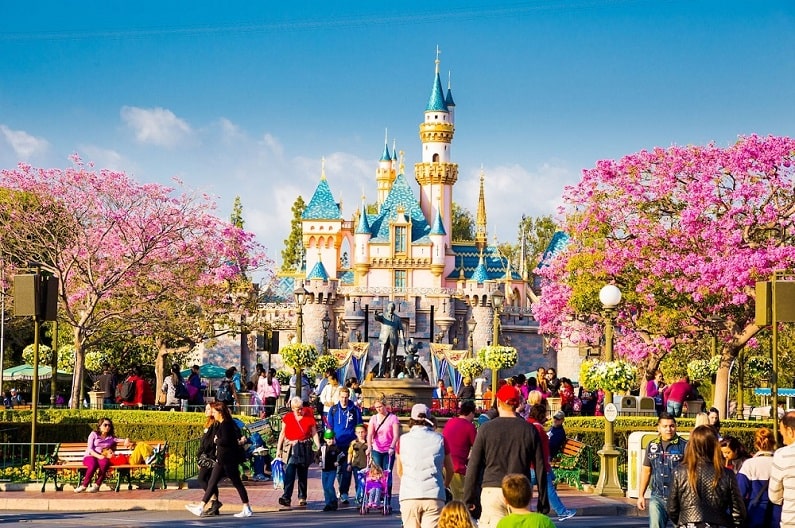 Disneyland in California is the world’s most famous theme park. Designed by the legendary animator Walt Disney, Disneyland has grown largely due to Walt Disney’s main design. 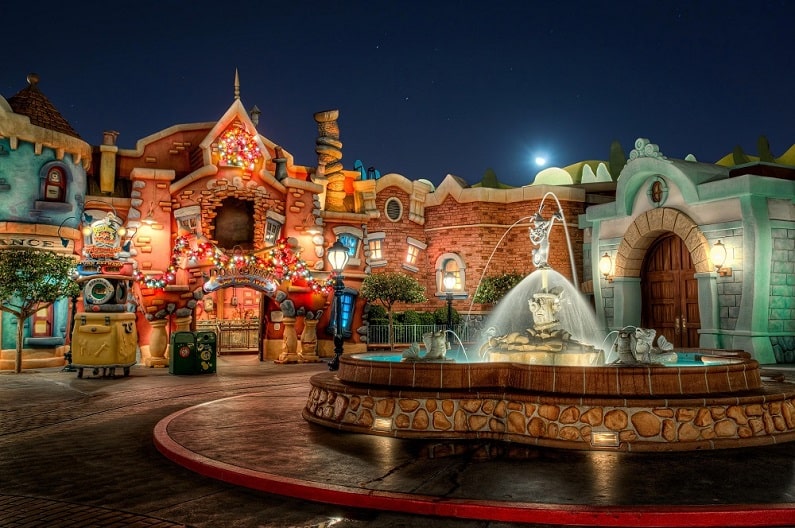 While classic attractions such as Peter Pan’s Flight and Disneyland Railroad are renewed and preserved every year, attractions such as the Matterhorn Bobsleds roller coaster, space travel-themed Space Mountain roller coaster, and the Haunted Mansion horror tunnel, inspired by the Matterhorn Mountain in Switzerland, have been added to Disneyland. Tomorrowland is one of the most important attractions in Disneyland. Star Wars fans in particular will love Tomorrowland.

*** You may be interested in;  9 Important Facts You Should Know About California 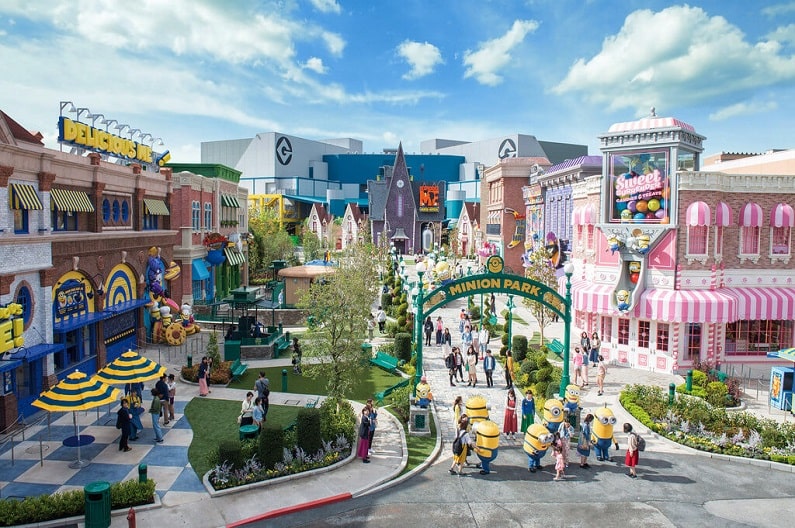 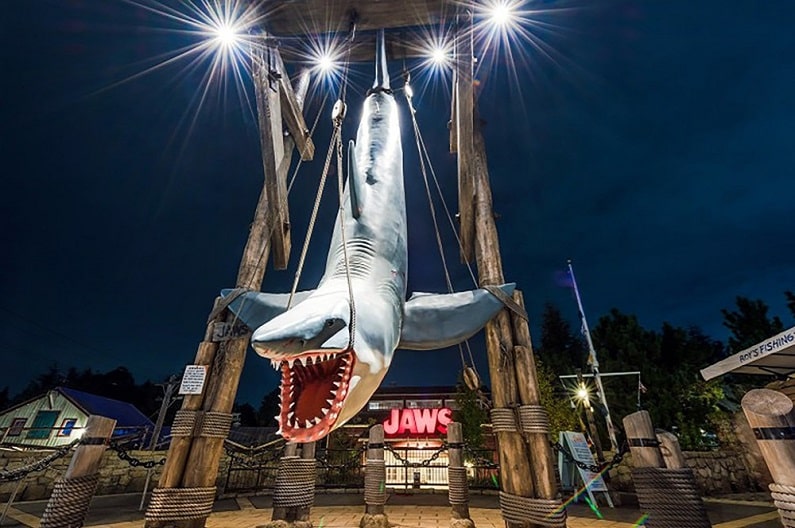 You can spend hours of excitement in Jaws, Back to the Future, and Spider-Man-themed areas. The Harry Potter episode of the park, which opened in 2014, is among the attractions that the fans of the series should not miss. 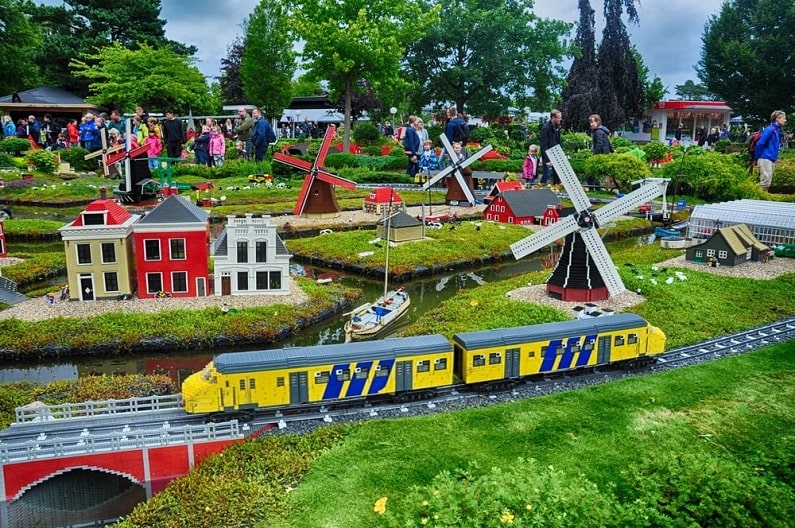 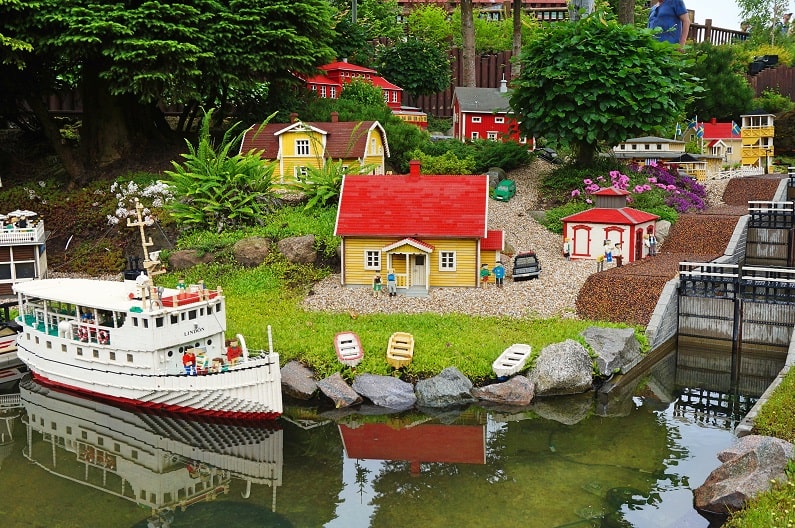 Legoland, which is on the list of the most beautiful theme parks in the world and the pride of Europe, is among the family holiday destinations to go with children in Denmark. Created with Lego bricks, this park offers visitors a world created with Lego, the world’s most innovative toy. 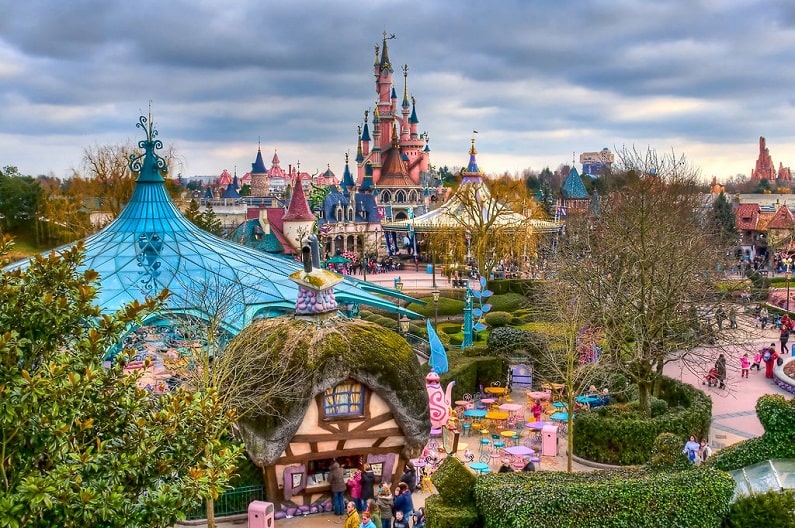 If you don’t want to go to America to experience Disneyland, Disneyland in Paris may be a good alternative for you. Opened in 1992, Disneyland Paris is among the most discussed theme parks in the world. The park, which had to struggle with traditional French conservatism in the beginning, then went into a financial crisis due to mismanagement policies. However, things started to improve in the early 2000s. Today, Disneyland Paris ranks number one among Europe’s largest theme parks. 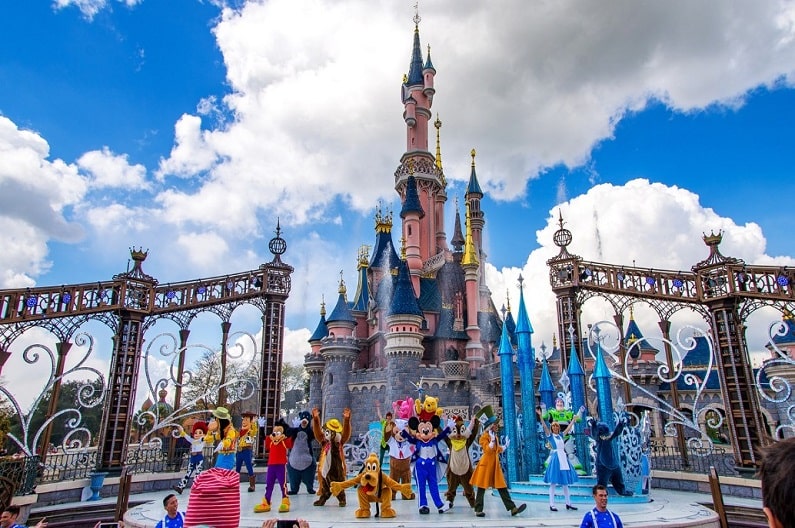 Although not as much as the original Disneyland, many fun attractions await you in Paris Disneyland. The recently renovated Paris Disneyland can be a good stop, especially if you are visiting Paris with your children. 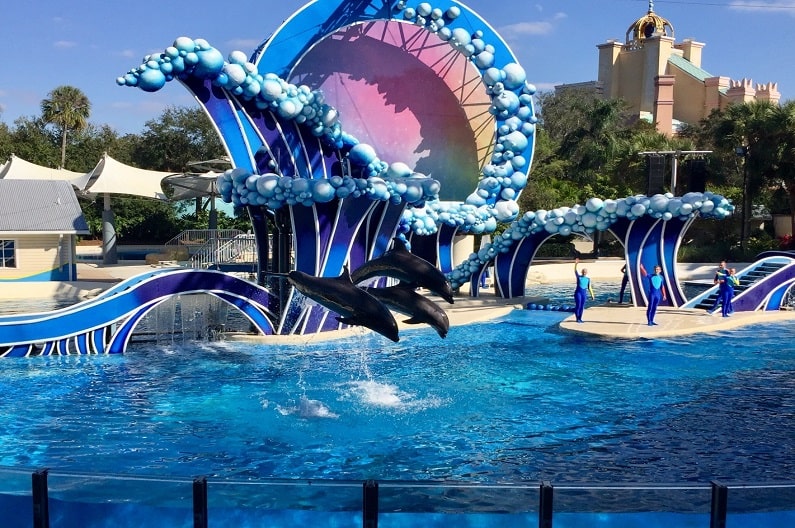 If you are good with water, if you suspect your ancestors were pirates on the high seas, Sea World in Orlando is for you.Sea World is a theme park with marine-themed attractions. There are many roller coasters in the park. Another feature of the park that makes it famous is its shows with animals such as dolphins, whales, and sea lions. 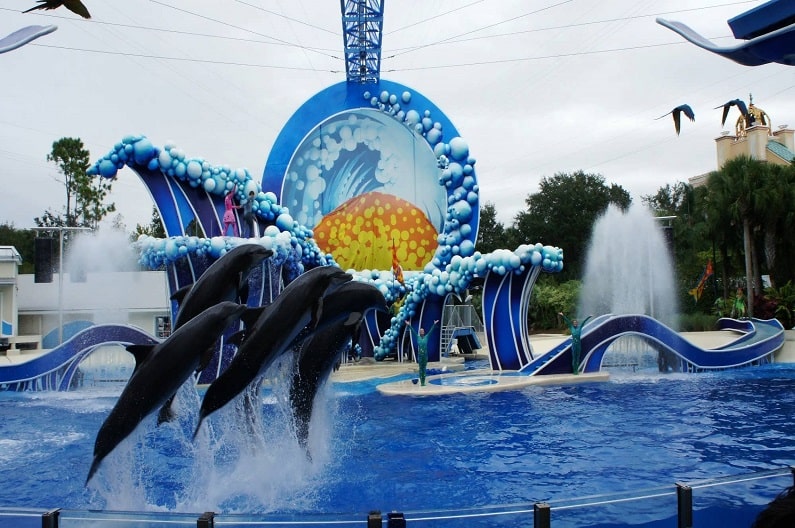 However, the reputation gained from these shows is not that popular. These performances, which were opposed by animal lovers, were opened to discussion with the documentary “Blackfish”, which was shown in the summer of 2013 and received awards in many festivals. The park lost its popularity to a great extent after the documentary was released. However, Sea World is one of the most famous theme parks in the world.

*** You may be interested in; Discover Los Angeles Travel Guide in 10 Steps 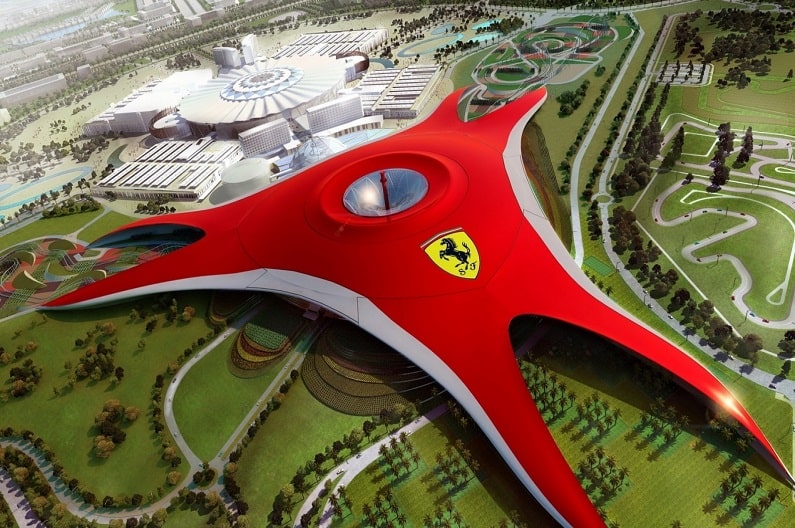 As the name suggests, this theme park in Abu Dhabi; has the Ferrari theme, one of the most famous sports car brands in the world. The most important feature that carries the spirit of Ferrari is that it has the fastest roller coaster in the world, befitting Ferrari. You will feel adrenaline pumping into your veins with the “Formula Rosso” train that accelerates to 249 kilometers per hour in just 4.9 seconds. 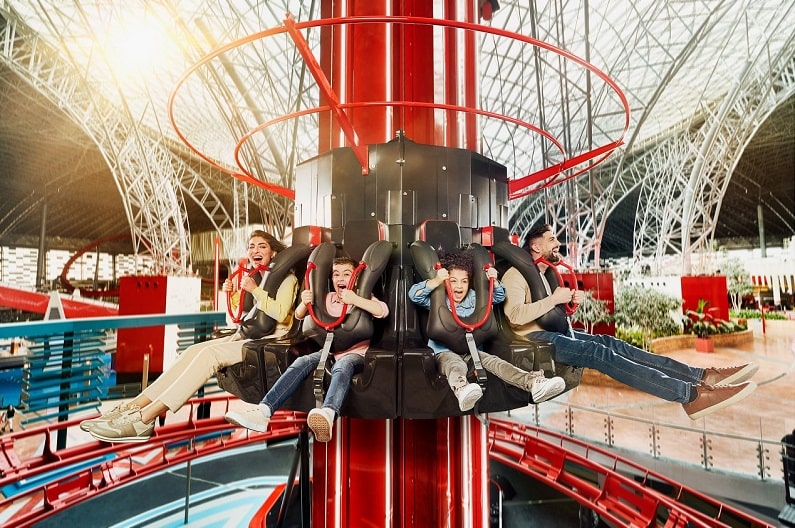 You will feel like you are in a diving warplane on this train that produces 4.8G in your body while descending from a height of 52 meters. You also have the chance to drive your dream Ferrari in Ferrari World. You can make a reservation before your visit and try one of the most exciting sports cars in the world. 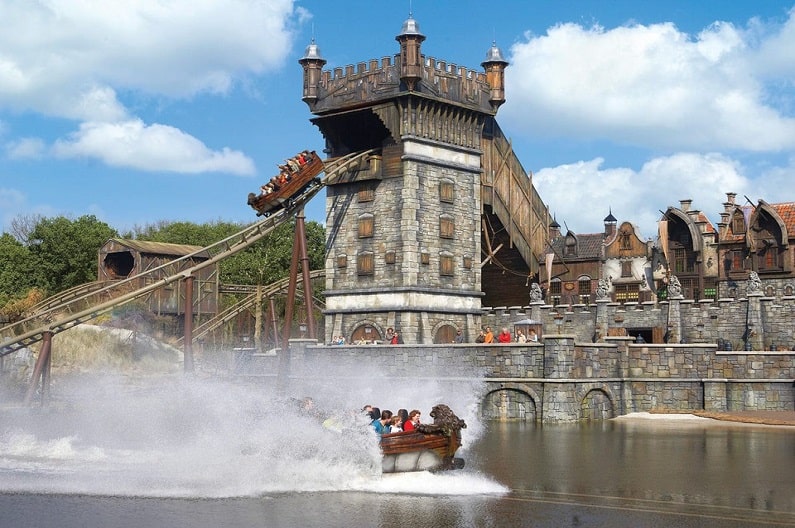 Located in Kaatsheuvel, about 1 hour from Amsterdam, Efteling is one of Europe’s oldest theme parks with a history of over 50 years.You can enter fairy tales such as Little Red Riding Hood, Pinocchio, Sleeping Beauty Hansel and Gratel in the “Fairy Tale Forest” in Efteling, which gives its visitors the medieval atmosphere. 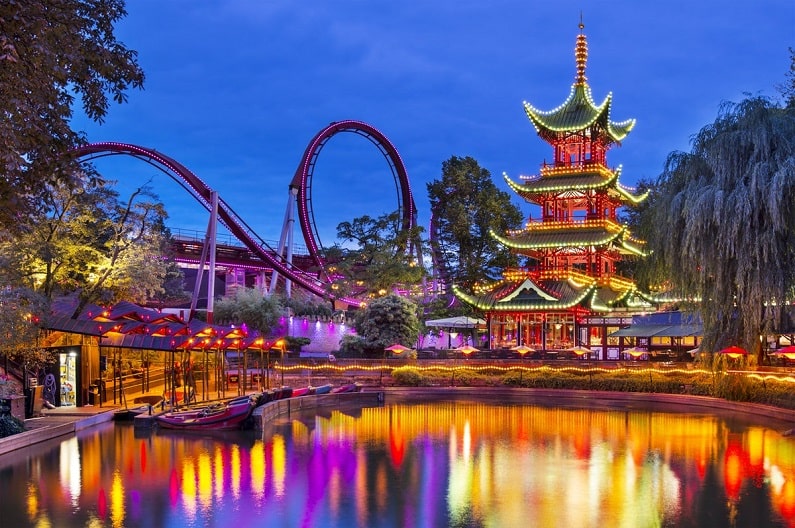 Tivoli Gardens, which has been in service since 1843, is one of the oldest theme parks in the world.Tivoli Gardens is the most classic theme park on our list. With this feature, it resembles an amusement park rather than a theme park. However, don’t think of a boring place. Tivoli Gardens is a place that combines classic funfair fun with today’s technology. 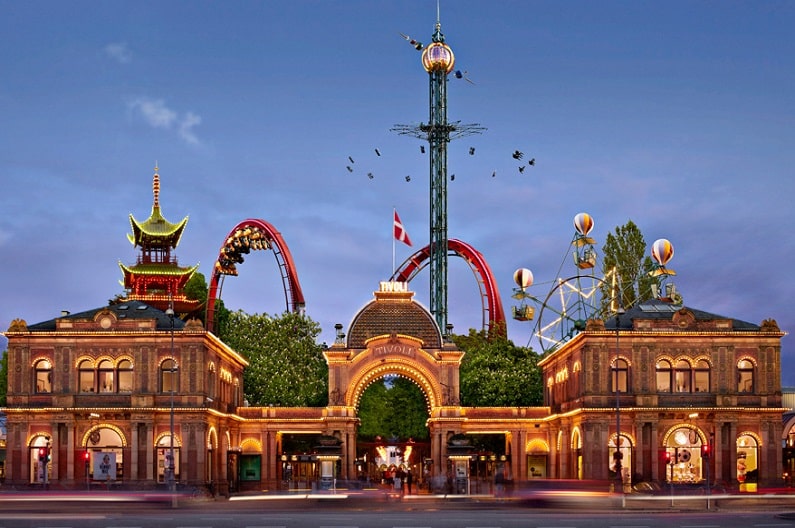 The highlight of Tivoli Gardens, at first sight, is its design. All attractions in the park are designed with aesthetic precision. This style, which can be considered classic, is combined with modern technology applications such as virtual reality. Tivoli Gardens is not just a theme park. Cultural activities such as concerts, theater plays, and ballet shoes are also held in the park. So it might be a good idea to check the event schedule before visiting Tivoli Gardens.

9. Window of the World – Shenzhen, CHINA 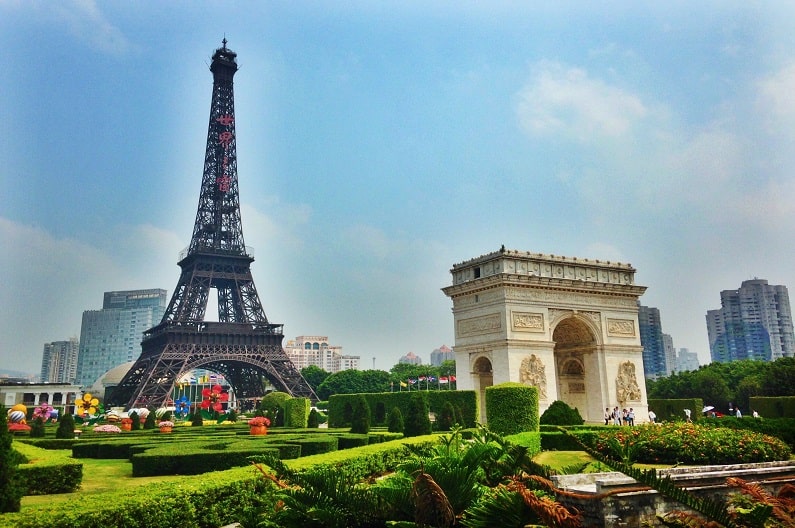 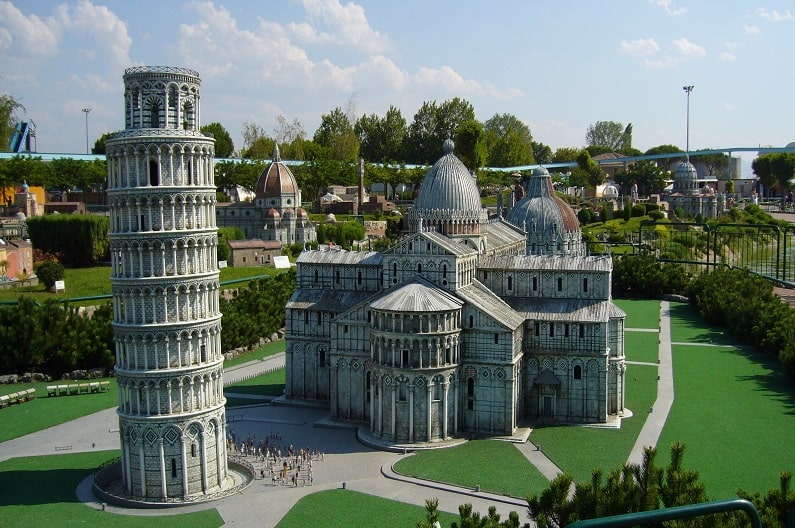 It is possible to see miniature copies of iconic structures such as the Eiffel Tower, Big Ben, and Stonehenge in Window of the World, which are among the best miniature cities in the world. When you say miniature, don’t think of such small structures. There are approximately 130 structures in the park, and most of these structures are of impressive size. For example, the length of the Eifel Tower is 108 meters. 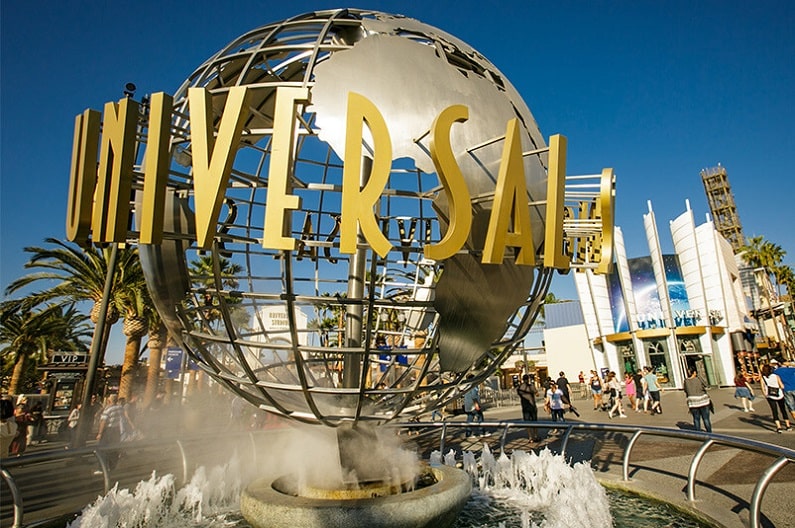 Disneyland ranks number one on the list of the world’s most famous theme parks. At number two is the theme park owned by Universal Studios, the producer of many blockbuster films. 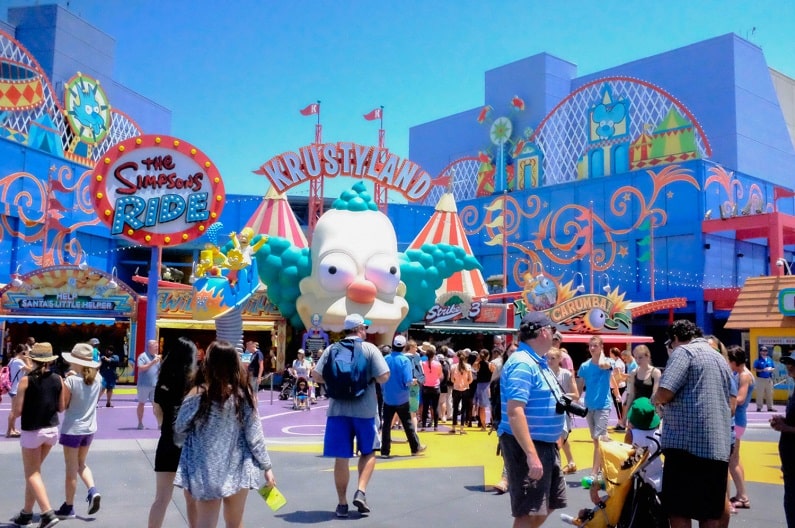 This is where many cult movies were shot. With the “Studio Tour”, which lasts about 45 minutes, you can see episodes from the sets of movies such as Jaws, King Kong, Psycho, and Fast & Furious, and witness how the visual effects used in the films shot by Universal Studios are produced. Organized since 1920, this tour is a legend in itself.

However, Universal Studios is not just a tour. Thanks to the interest shown by large masses, different additions have been made to the complex over time. Jurrasic Park, Mummy, and Transformers-themed entertainment centers await you at Universal Studios.