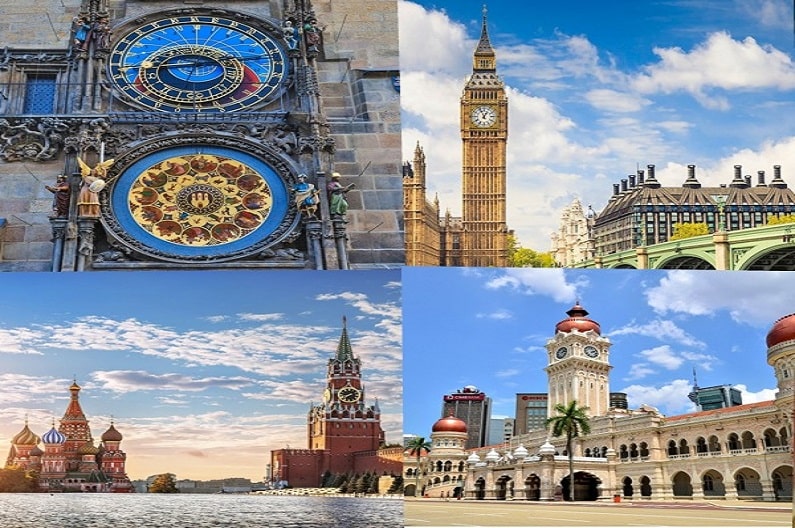 Mankind began to measure time 6,000 years ago thanks to the Egyptian civilization, and when the clock was needed in the absence of the sun, the hourglass and water clocks were invented. In the 13th century, clock towers were being built because there were no clocks in homes and pockets yet. We have compiled the 10 most beautiful examples of clock towers that have turned into city symbols rather than telling time today.

*** You may be interested in; Top 10 Scariest Places in the World 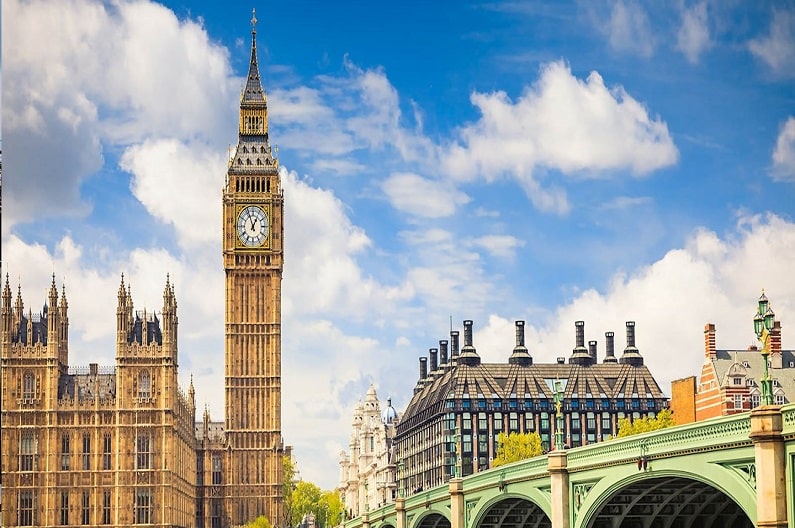 Big Ben is the nickname for the Great Bell of the striking clock at the north end of the Palace of Westminster; the name is frequently extended to refer to both the clock and the clock tower. 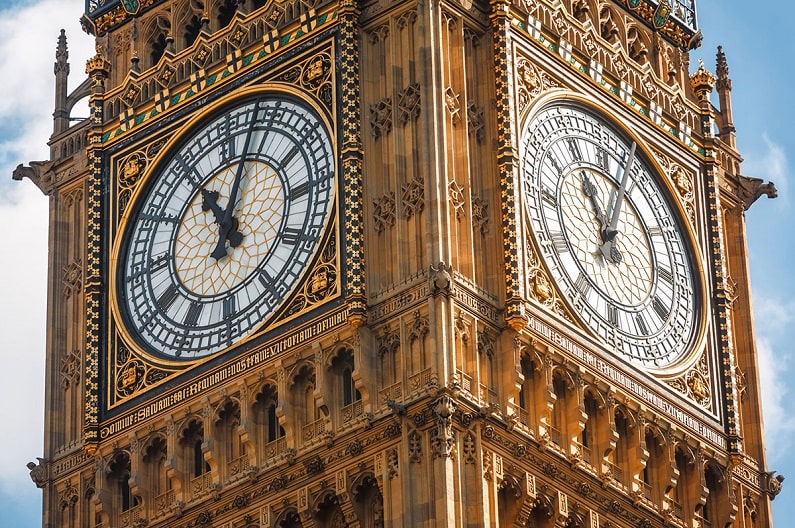 Big Ben, officially known as the Elizabeth Tower, has become the main symbol of London and has a length of 96 meters and there are clocks on all four sides of the tower so that it can be seen from all sides. As the name suggests, this husband Ben can be heard around 15 kilometers when he rings.

*** You may be interested in;  The 15 Most Famous Towers in the World 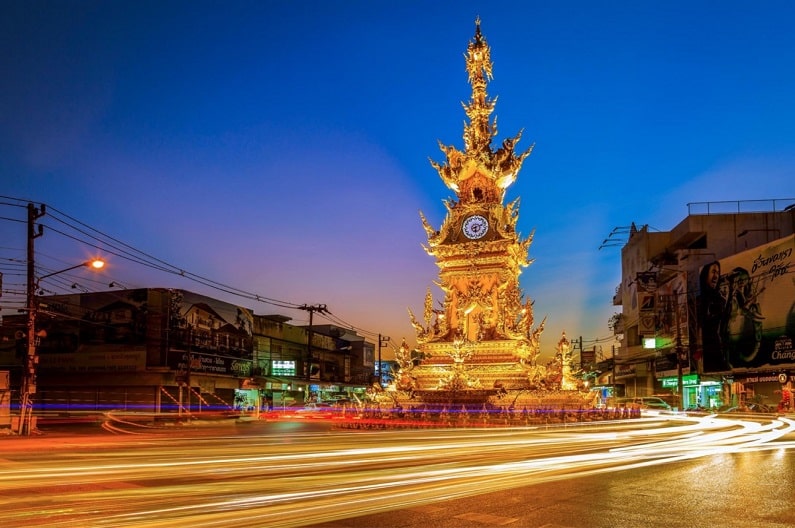 The Chiang Rai Clock Tower, located in Chiang Rai, where Thailand’s Phaholyothin Road and Banpaprakan Road meet, was completed in 2008. The most interesting feature of the tower, which is 14 meters high, is its golden yellow color, twisted ornaments, and light shows that change the color of the tower in the evening. 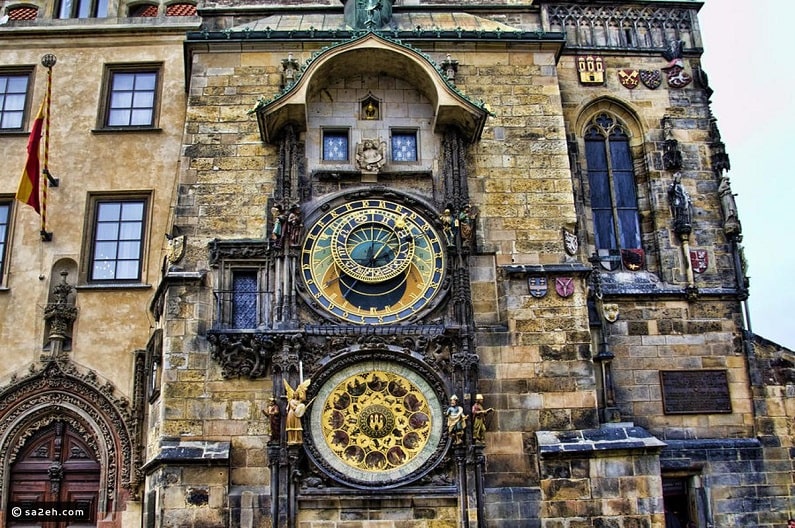 The Astronomical Clock Tower, located in the Old Town Square in Prague, the capital of the Czech Republic, was opened in 1410. The most important reason why the watch is so famous is that it is the oldest astronomical clock in the world that is still working today. There is also a mechanism showing the positions of the Sun and Moon and a dial with astronomical symbols on the watch. 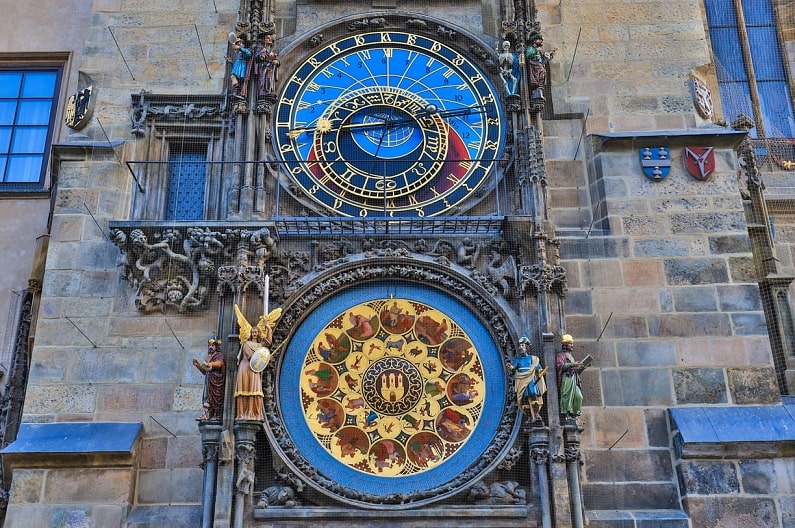 The Astronomical Clock bears the 12 time zones and the symbols of the 12 zodiac signs. You will see that a busy tourist crowd is waiting just below this time, not to mention summer or winter. The reason for this is that the clock displays a different animation per hour. In these animations that last for 1 minute, the symbols on the clock are animated and different figures emerge. Do not be surprised if you see crowds of tourists waiting for this show for minutes in heavy rain in constantly raining Prague. 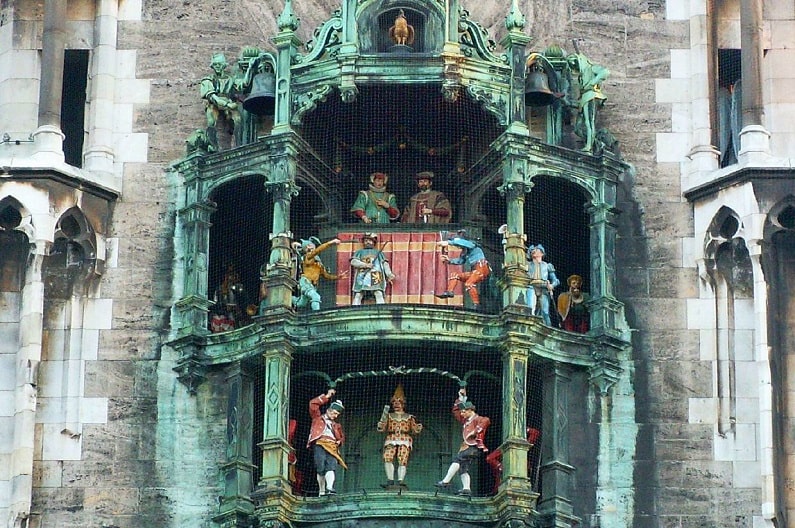 This clock tower, which is located in the Marienplatz Square in Munich, Germany, and is one of the symbolic tourist attractions, carries the inspiration of 19th-century architecture. There are a total of 32 different puppet figures on the watch and these puppets play various plays in certain periods. In addition, various musical events are held in the clock tower in March and October. 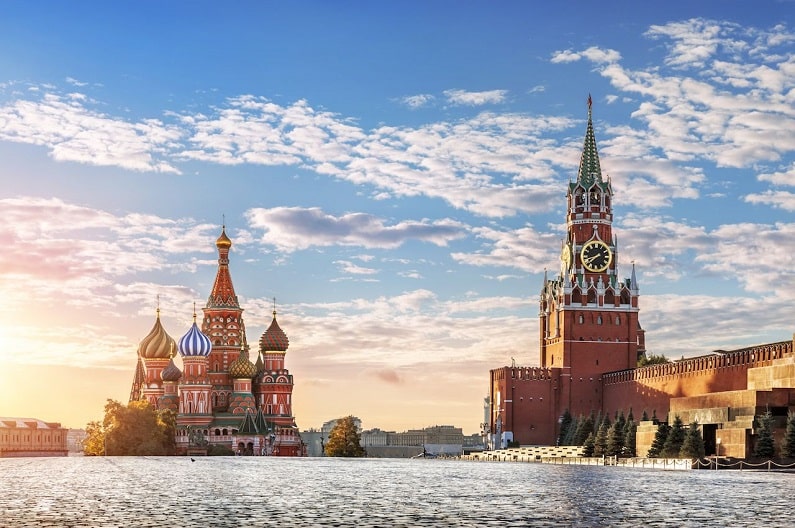 The construction of the Spasskaya (Workers) Tower in Moscow, the work of Italian architect Pietro Antonio Solari, was completed in 1491. The tower located next to the Red Square is 71 meters high, and the tower, where different melodies echo every 15 minutes, has become one of the indispensable locations for parades and New Year celebrations. 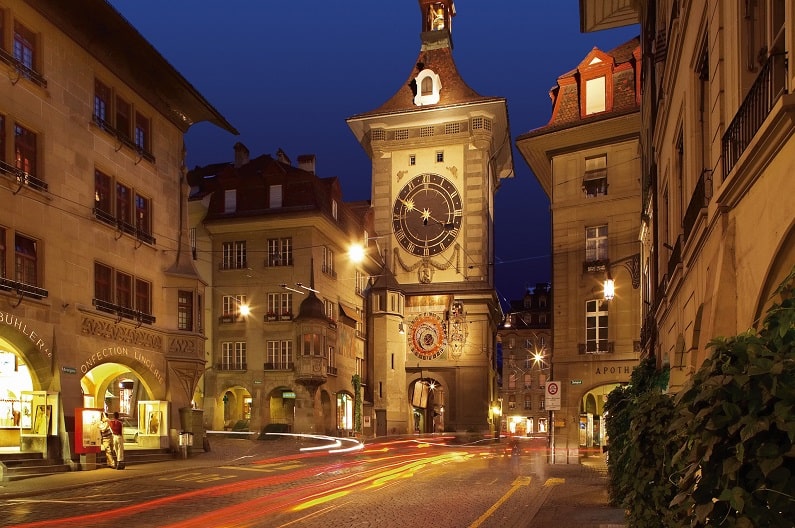 The Zytglogge Tower, located in Bern, Switzerland’s fourth-largest city, was built in the early 13th century and has operated for different purposes as a watchtower, prison, monument, and clock tower since the time it was built. An astronomical clock was added to the tower, which was restored in 1527, and is decorated with mechanisms showing the days and months.

*** You may be interested in; Top 5 Train Routes in Switzerland 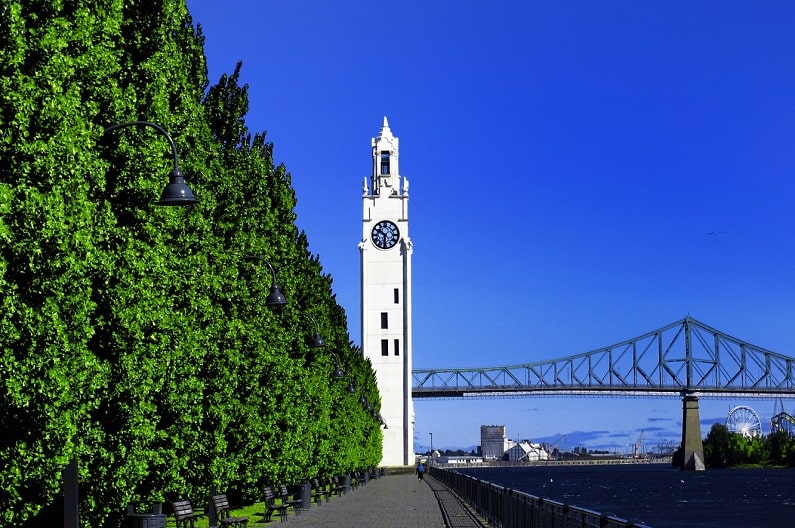 The Montreal Old Port Clock Tower, located in Montreal, Canada’s second-largest city, was opened to visitors in 1922. The tower, which was built to commemorate the Canadian sailors who died in World War I, is 45 meters high. 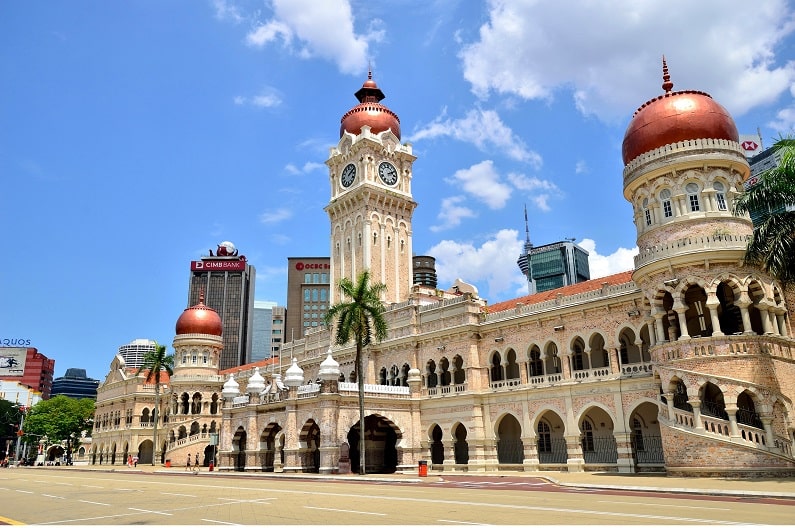 Located in Kuala Lumpur, the capital and most populous city of Malaysia, this clock tower is a work completed in 1897. The tower, which was started to be built during the British colonial period and has British influences in its architecture, is 41 meters high. The most striking and interesting part of the Sultan Abdul Samad Building Clock Tower is its golden-red dome. 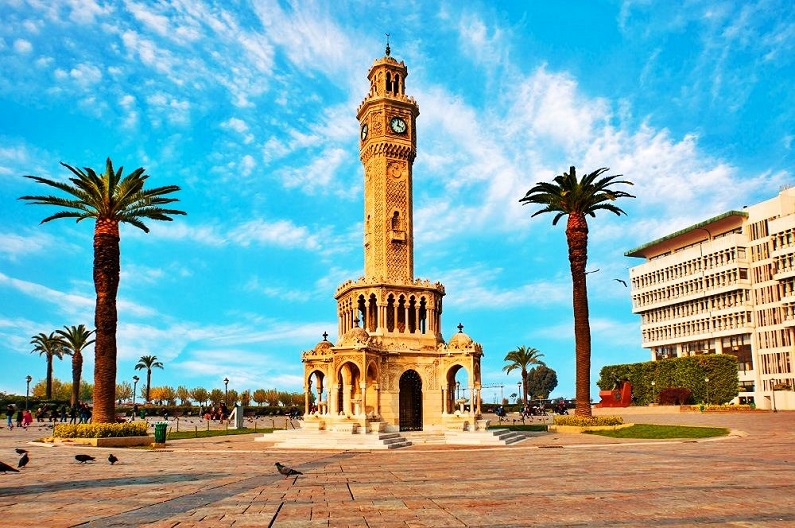 Located in one of Turkey’s most beautiful cities of Izmir Konak Square, which is one of the dazzling architecture and Izmir Clock Tower, German Emperor II. Sultan by Wilhelm II. It was given to Abdulhamid. Built-in 1901, the tower was built by Sultan II. It was specially prepared for the 25th anniversary of Abdulhamid’s ascension to the throne. Izmir Clock Tower, which is 25 meters in height, is among the most aesthetic works of the Ottoman Period architectural understanding. 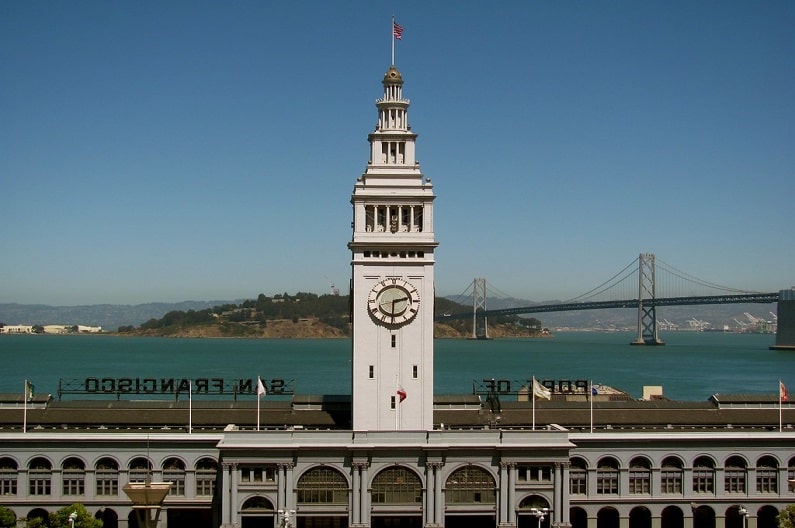 The San Francisco Ferry Building is a terminal for ferries traveling along the San Francisco Bay, a marketplace, and also has offices at The Embarcadero in San Francisco, California. At the top of the building is a 245-foot-tall clock tower with four clock dials, every 22 feet in diameter, visible from Market Street, the city’s main street. 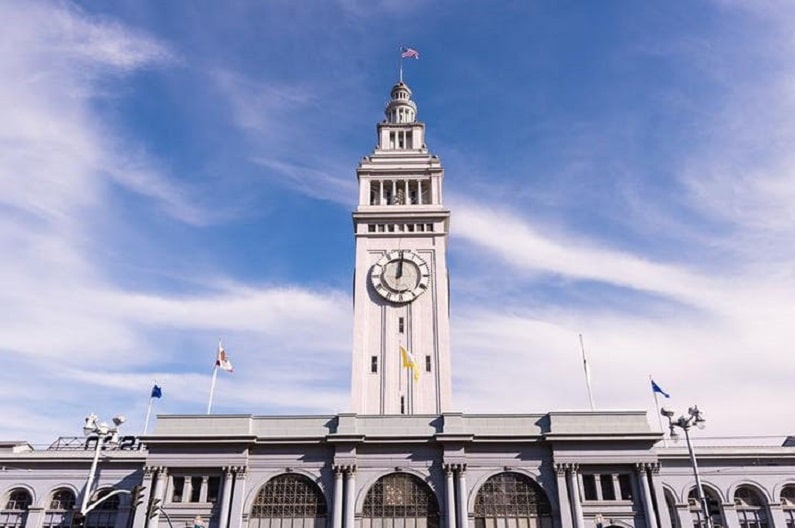 Designed by American architect A. Page Brown in the Beaux-Arts style in 1892, the ferry building was completed in 1898 and was the largest project ever built in the city. In 2002, restoration and renovation work was undertaken to redevelop the entire complex. The ferry terminal is a San Francisco landmark and is listed on the National Register of Historic Places.

*** You may be interested in;  12 Great Places to Visit in San Francisco