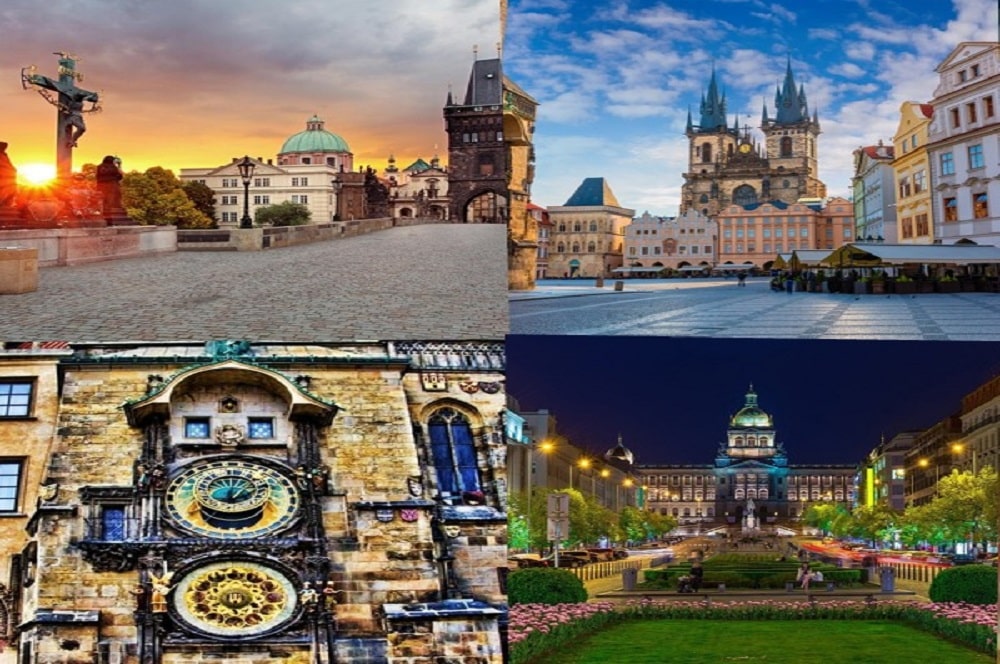 Wandering the streets of Prague is almost like going on a journey in history… Are you ready to discover this “open air museum” full of beautiful architectural structures on every corner? Here are the 10 best places to visit in Prague!

** You may be interested in; The 15 Most Beautiful Palaces in the World 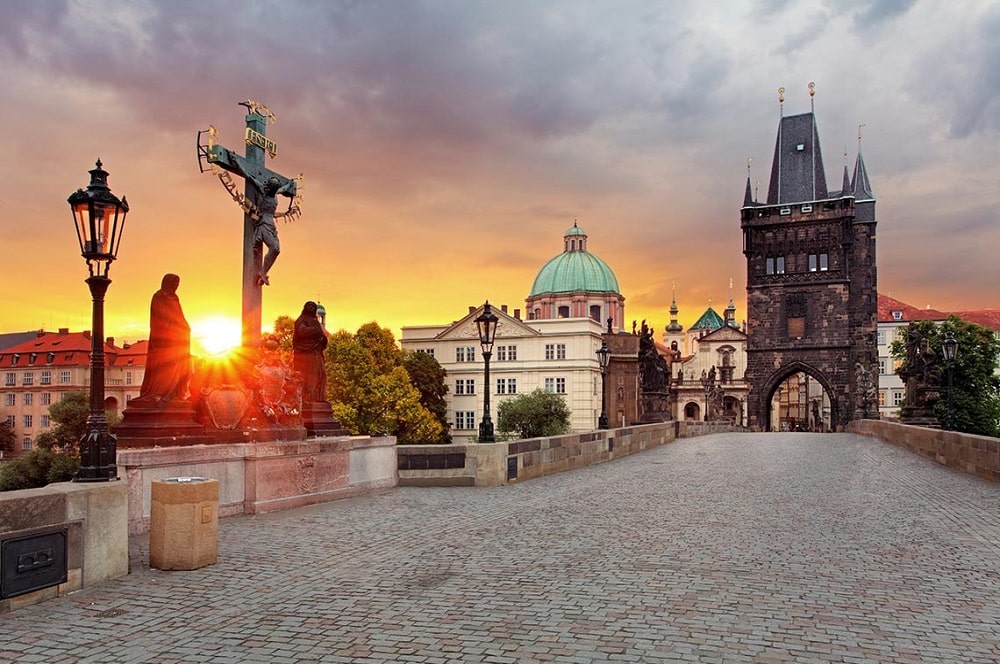 IV. Built by Karl in the 14th century, Charles Bridge is Prague’s oldest bridge, and certainly one of the most popular places. Walking on the bridge decorated with 15 sculptures on both sides and watching the stunning views of the Vitave River is invaluable!

** You may be interested in; 15 Most Beautiful Christmas Markets in Europe 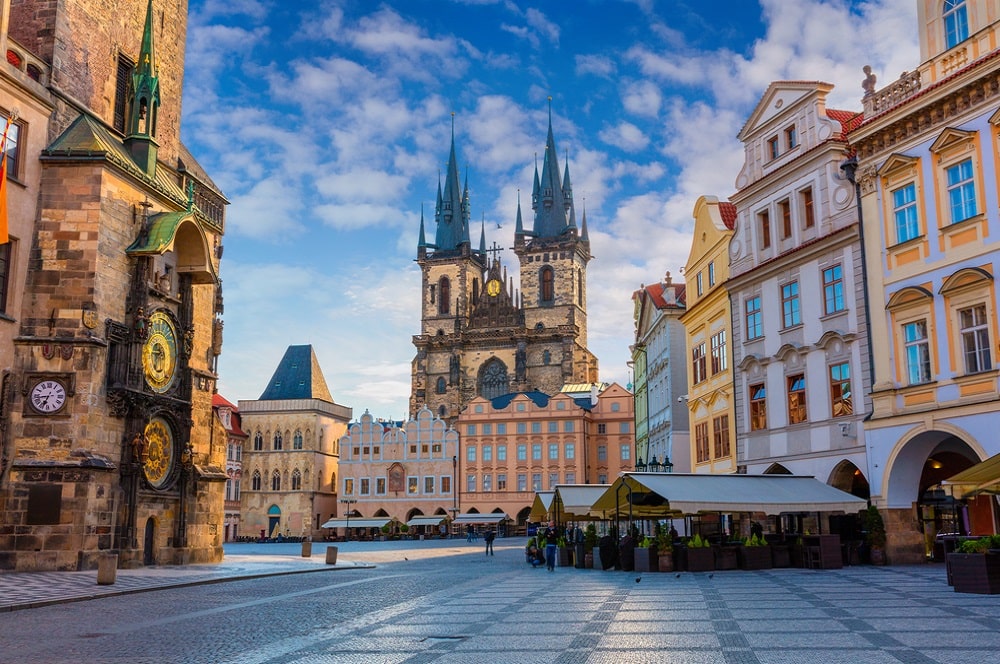 The historical city square, which is called “Staroměstské náměstí” in Czech language and is home to many famous old buildings in the city. This square has been on the UNESCO World Heritage List since 1992. In the square, which dates back to the 10th century, there are many restaurants, shops and galleries as well as the buildings that fascinate with their architecture. Places to shop in Prague are generally on the road coming from the Charles Bridge and around this square.

** You may be interested in; Top 13 Cities with Lively and Fun Nightlife 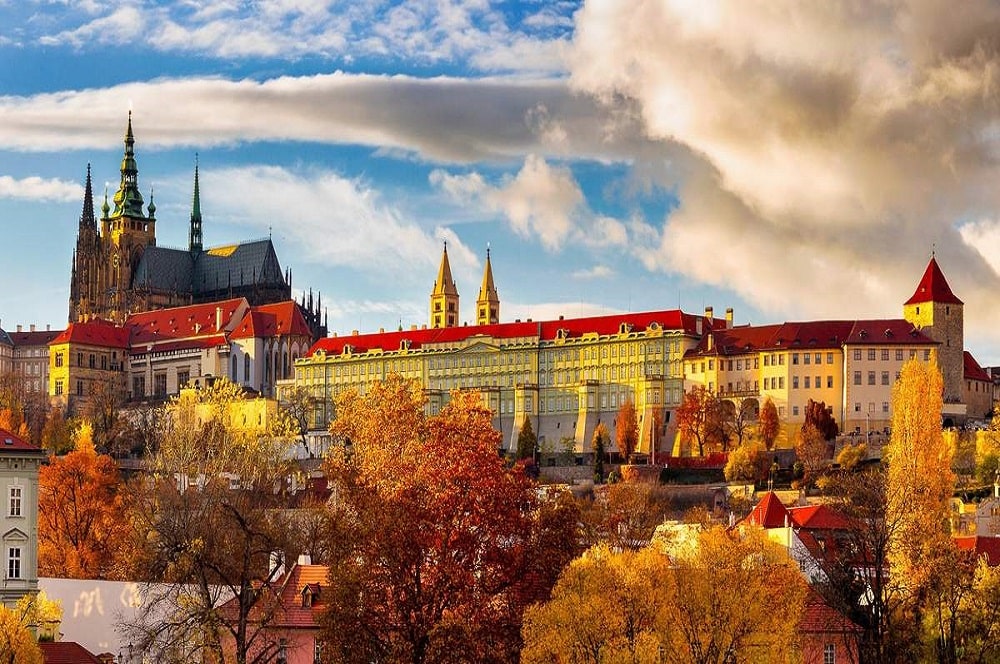 Prague Castle, one of the largest in the world, looks straight out of fairy tales. The castle, which has been an important part of the city’s skyline since it was built in 880, features palaces and churches in different architectural styles. Although walking around Prague Castle is free, many of the buildings in the castle require a small fee to enter. While on your way to the castle, do not miss the change of the guard at 12 noon!

** You may be interested in; European Capitals Famous for Rivers 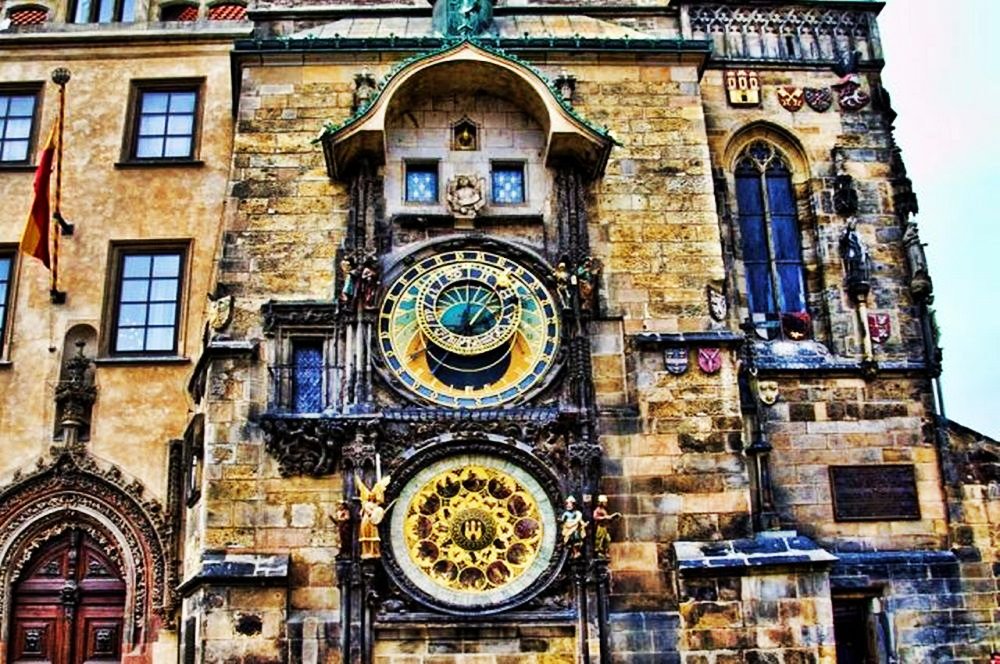 If you have come to Prague, it is not possible to return without seeing the Astronomical Clock. The most important thing to do in Prague is to visit this clock that rings every hour. Made in 1410 by a watchmaker who was also a professor of mathematics, the clock has been operating for 600 years. If you want, you can also go to the tower where the world’s third oldest clock is located, the Astronomical Clock, and watch the city in 360 degrees!

** You may be interested in; 15 Top-Rated Tourist Attractions in France 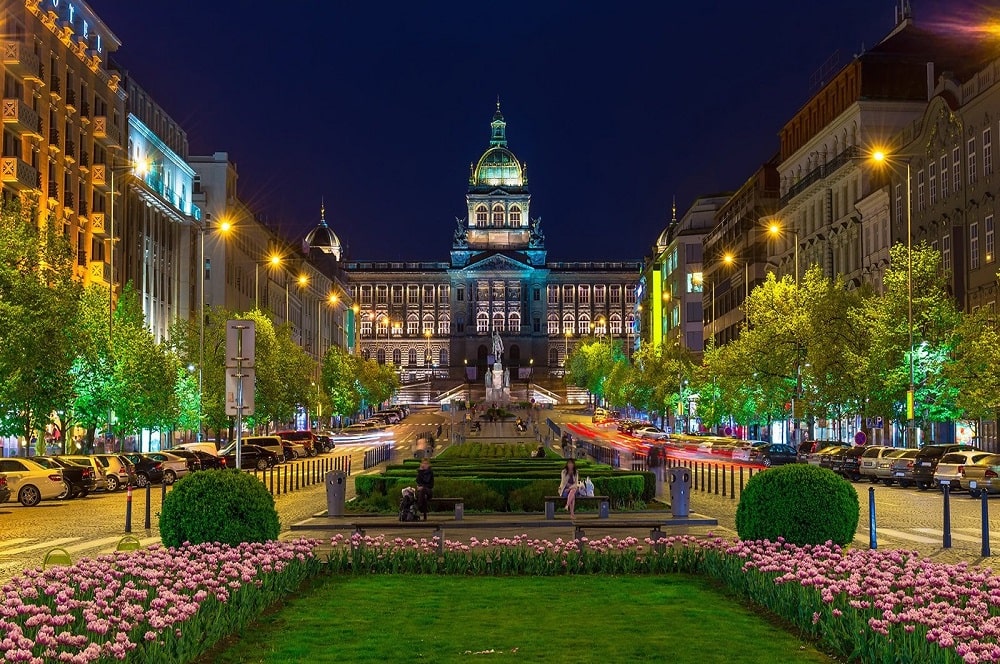 Václavské Square, one of Prague’s two main squares, is a true paradise for shoppers. First King IV. Created as a horse market by Karl in 1348, the square actually resembles a boulevard rather than a typical square. In addition to shops, there are bars, nightclubs, restaurants, hotels and banks in the square, and with this feature, it is considered the city’s entertainment and commercial center.

** You may be interested in; Top 5 Most Romantic Cities in Europe to Make Marriage Proposals 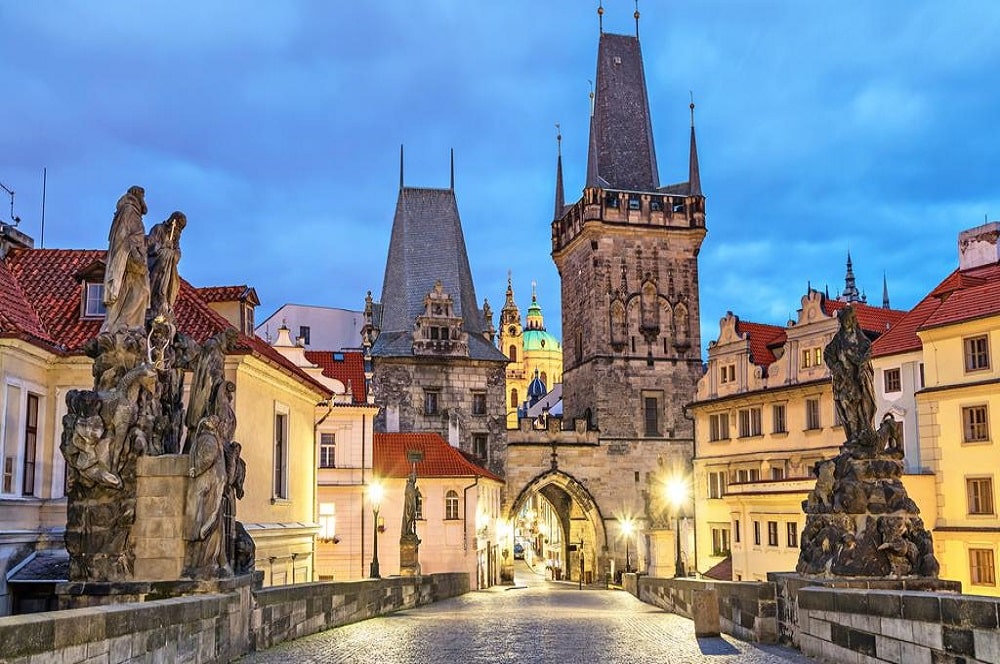 Mala Strana, which is one of the oldest districts of Prague, with mainly Baroque architecture buildings, attracts great attention with its palaces, churches, squares, parks and gardens.One of Mala Strana’s most famous touristic spots is the John Lennon Wall. You should definitely see the wall that preserves the memory of the Beatles’ legendary soloist, with lyrics and various graffiti on it.

** You may be interested; Discover Germany with Germany Travel Guide 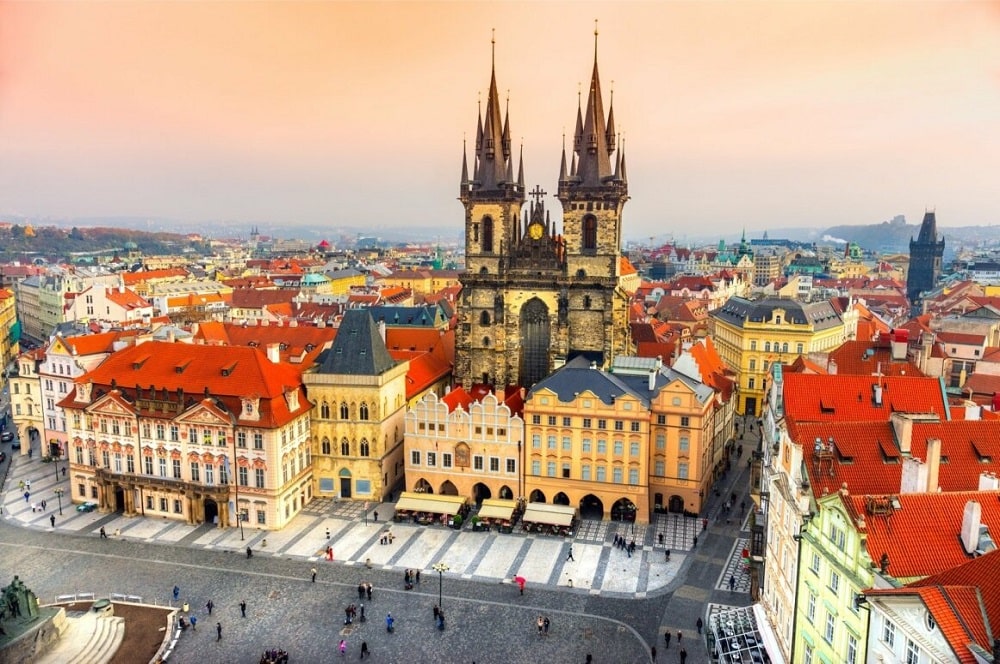 One of the most striking buildings in Prague’s historical district is the Týn Church with its magnificent 80-meter towers. Like many other churches in Prague, the church’s first construction dates back to the 11th century, and its current building, which stands out with its Gothic style, dates from the 14th century. It is said that the castle, which is featured in Disney’s world-famous logo, was built inspired by the towers of this church.

** You may be interested in; 7 Places to Visit in Mdina the Silent City of Malta 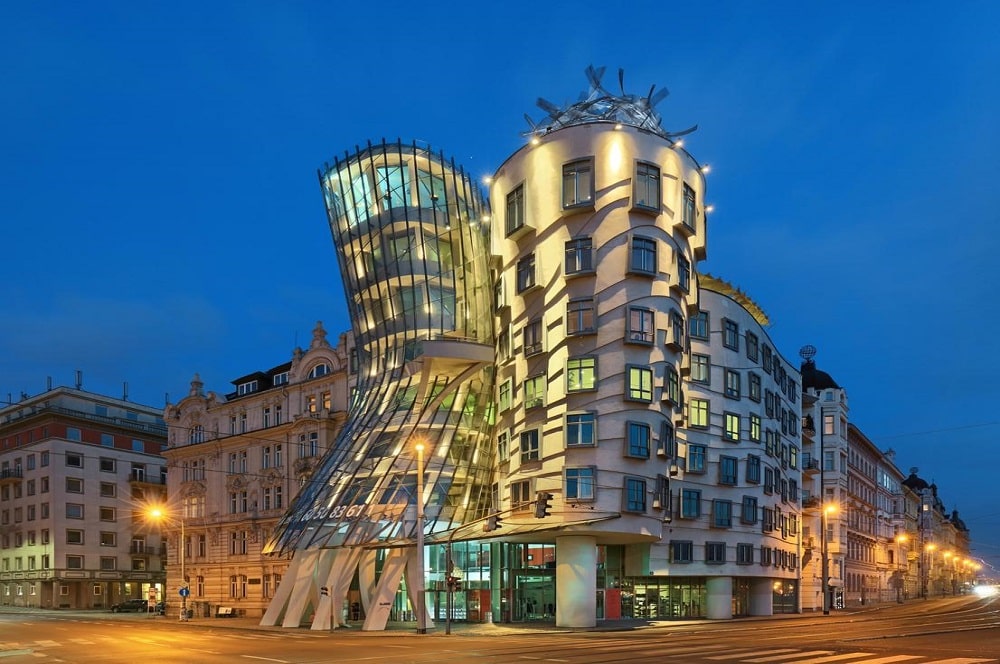 Although Prague usually comes first with its buildings with the architectural style of hundreds of years ago, the Dancing Building, whose construction was completed in 1996, immediately draws attention with its deconstructivist structure, which is one of the postmodern architectural movements. Designed by Czech architect Valdo Milunic and Canadian architect Frank Gehry, this interesting building is definitely visited by almost every tourist who comes to the city. 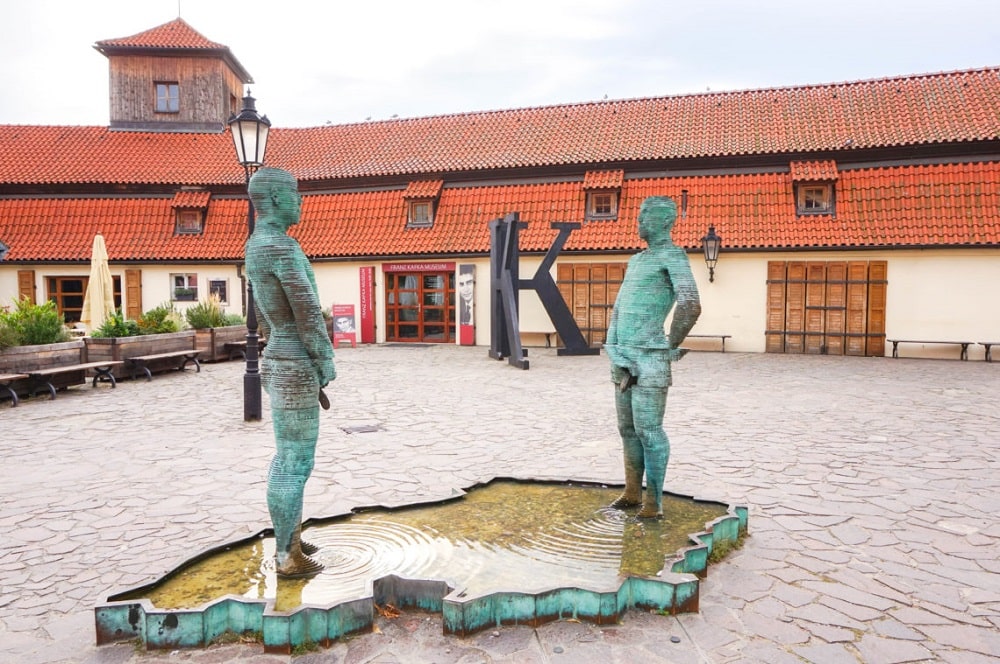 As you enter the Kafka Museum, you feel as if you were caught in Franz Kafka’s thoughts. You travel through Kafka’s life and work at the museum and start to think like him. The museum has been prepared in such an intriguing way that even if you have never read a Kafka before, you will want to buy a book and start reading as soon as you leave the museum.

** You may be interested; 10 Great Places to Visit in Paris For Literature Lovers 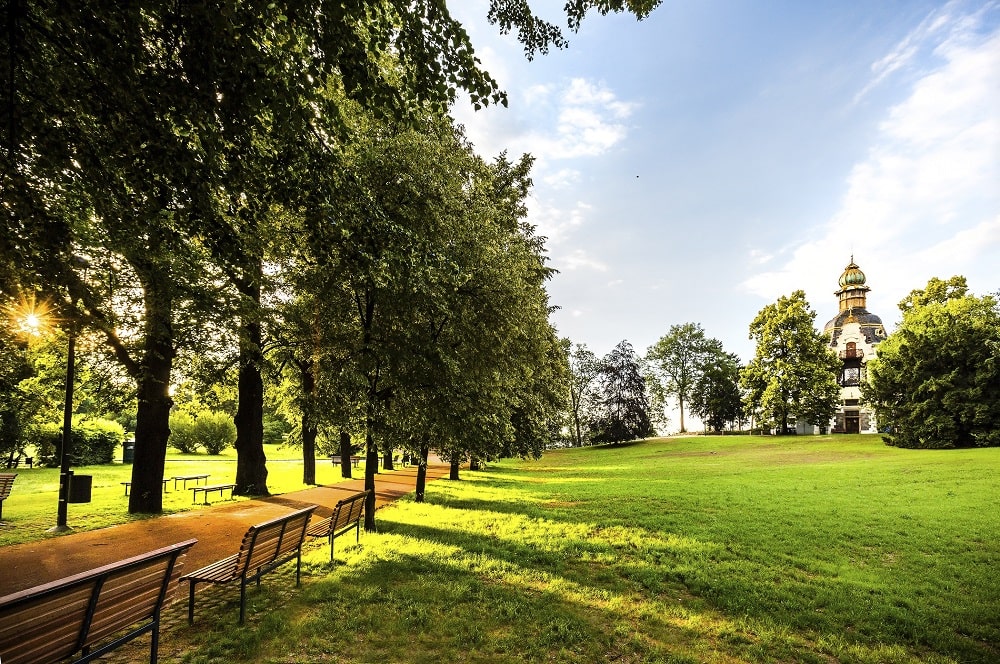 Letna Park, located in the north of the Vitava River, is one of the most beautiful parks in the city with its view overlooking the city and its bridges. You can take a walk away from the tourist crowds in this park, which is one of the places to visit in Prague. You can both enjoy the view and sip Czech beer with your friends in one of the beer gardens here!

** You may be interested in; The 5 Most Beautiful Ski Resorts in Europe