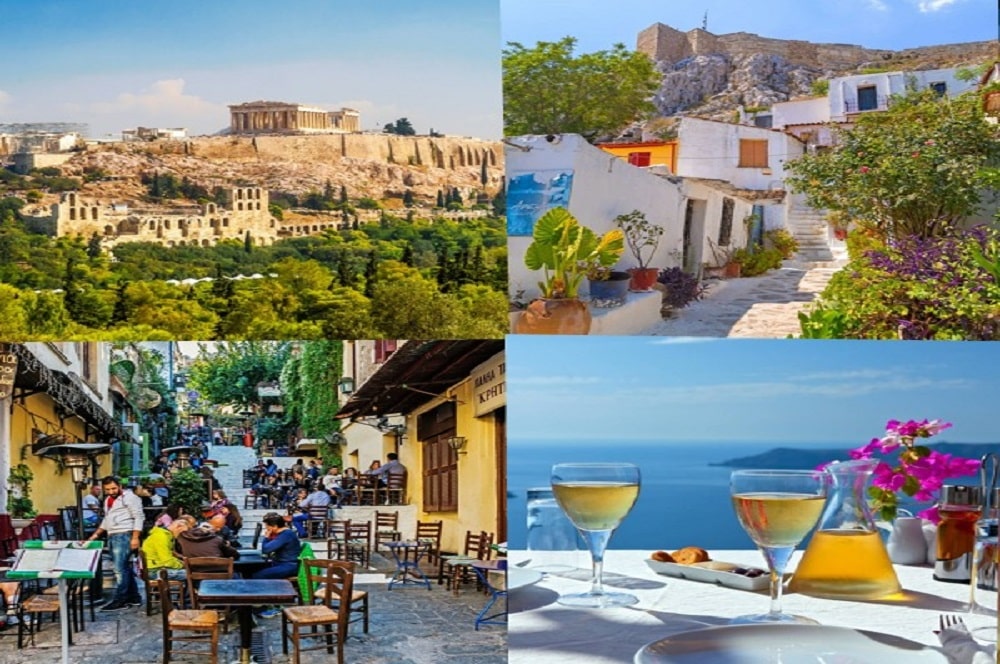 Athens, the capital of Greece, is full of hundreds of years of historical ruins, especially the Parthenon, as well as bars and cafes. If you ask the locals of the city, the warm and welcoming atmosphere of Athens makes you feel like you are in the largest village in the country rather than in a capital. On your way to Athens, remember that you are visiting one of the oldest cities in the world, so be sure to take a good pair of walking shoes and implement our eight suggestions about Athens!

** You may be interested in; Top 6 Fantastic Islands of Greece

1. Run to the top of the Acropolis 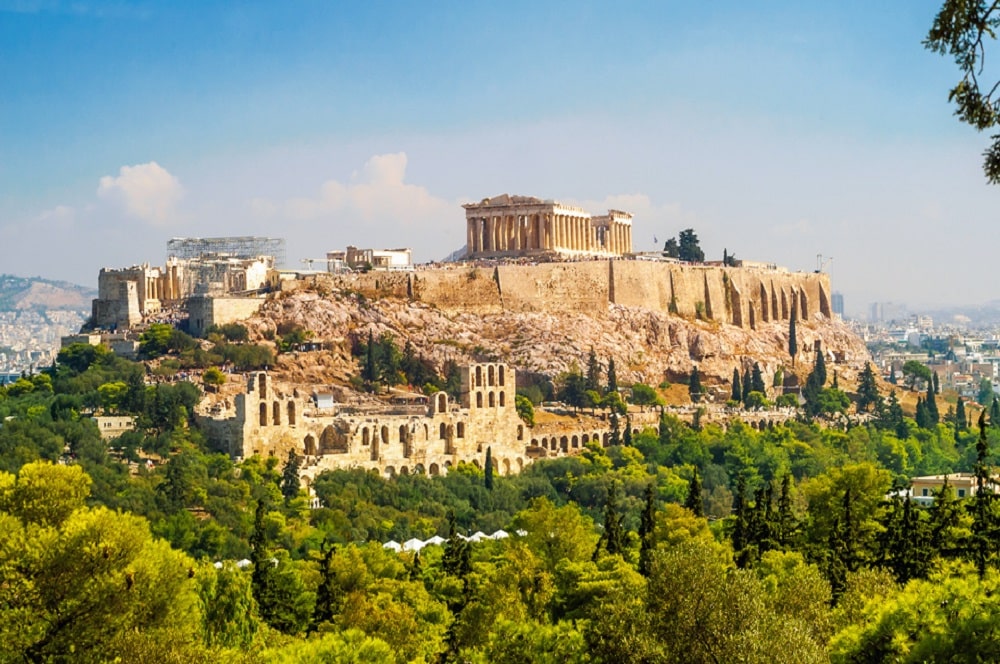 There’s no denying it, the Acropolis is one of Europe’s most populous tourist destinations. Climb the marble road from the Acropolis to the Parthenon, which opens at 8 am, quickly (but carefully) so that you go before anyone else and the Acropolis belongs only to you. First, you raise your head and say that the Athenian statesman Pericles BC. Check out the Parthenon, the colossal temple he built in the 5th century, dedicated to the goddess Athena. Then turn your eyes down to the Dionysos Theater, which has a capacity of 17,000 people, where the best works of Sophocles are exhibited in time.

** You may be interested in; Top 17 Best Beaches in the World 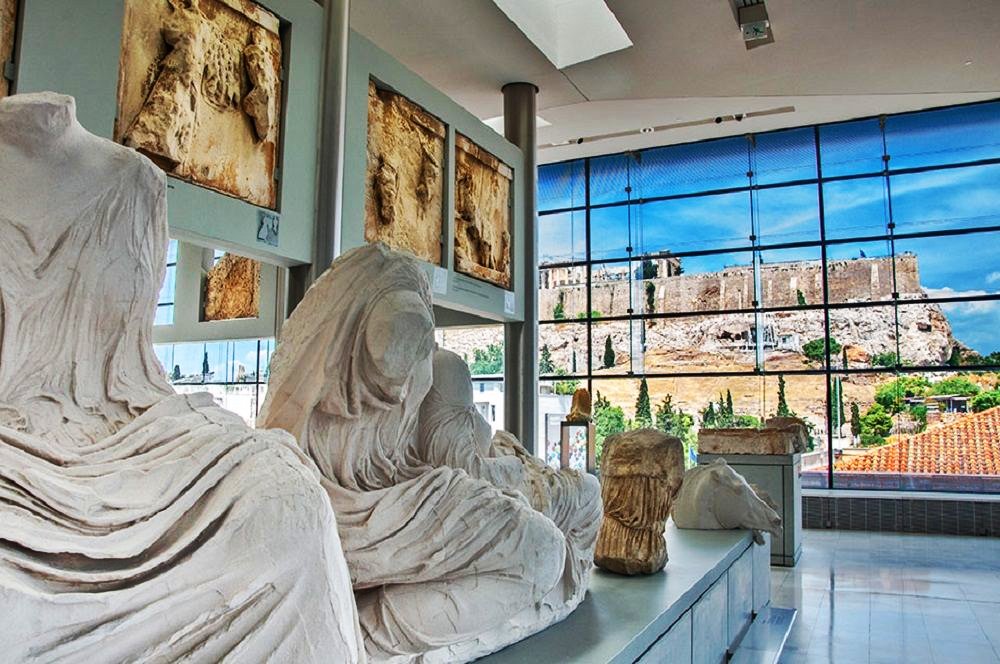 The long-awaited Acropolis Museum was finally opened in 2009 and was quickly recognized as one of the best museums in Europe. Take a break in front of the marble sculptures made by the greatest artists of Greece as you stroll through the elaborately illuminated corridors of the museum, then go to the top floor and gaze at the friezes that once adorned the Parthenon, albeit copies. While some of the originals of these marbles (the controversial Elgin marbles) are in the British Museum in London, some have never been found.

** You may be interested in; Top 15 Most Beautiful Castles of Europe 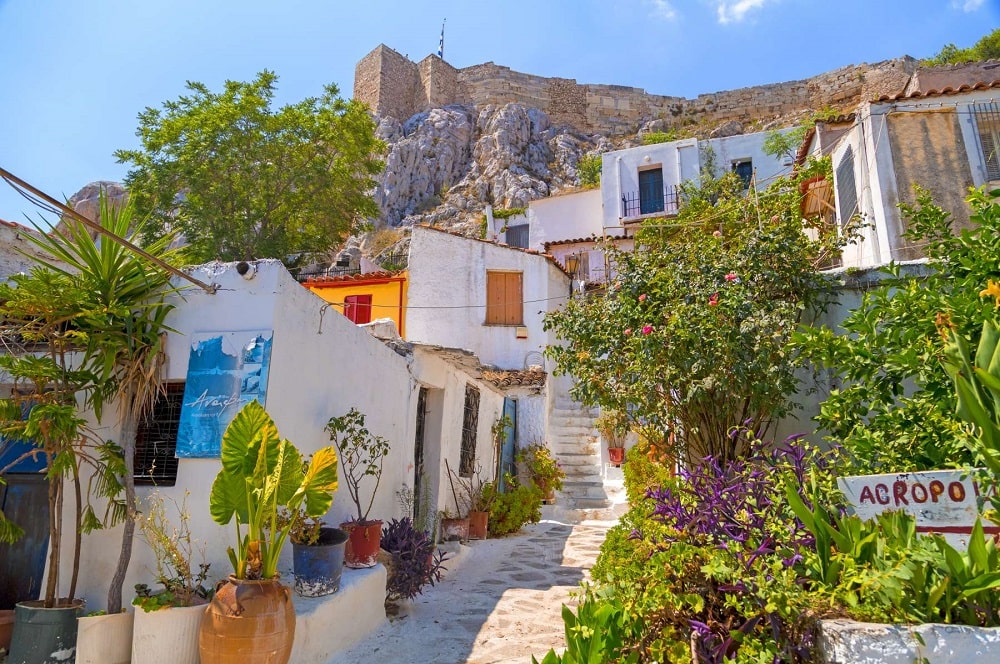 Do you still have doubts about the Athenians claim to be the “largest village”? Then turn your route to the white-painted, stone-paved streets of Anafiotika, one of the historical districts of Athens. It is easy to get lost in the labyrinth-like streets decorated with bougainvillea and flower pots with colorful flowers, but it is also fun. While wandering among the box-like houses of Anafiotika where the Mediterranean sun is reflected, you will also come across many stray cats. 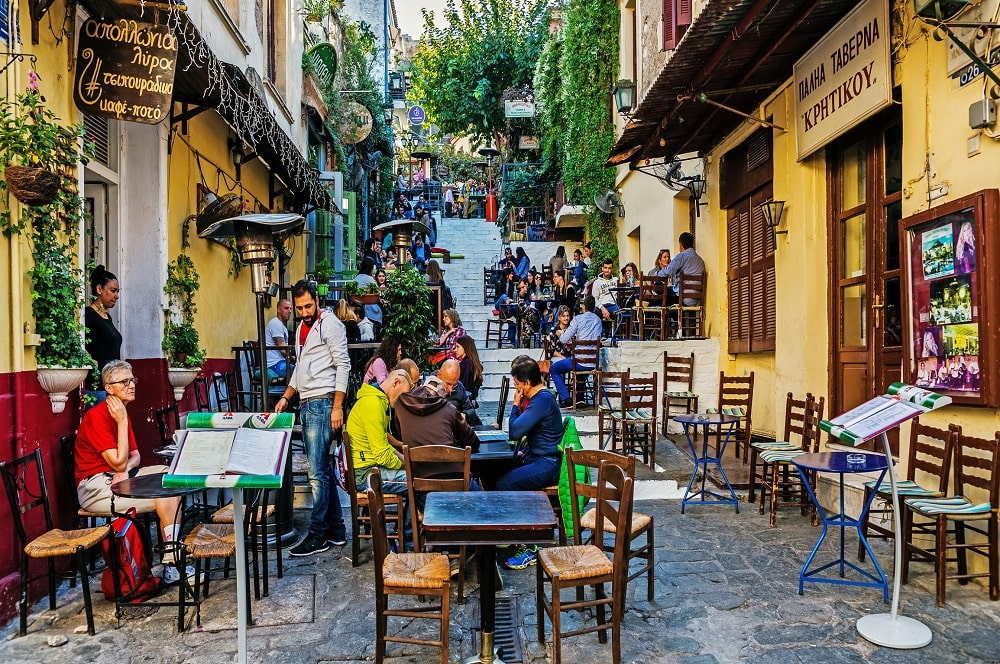 One of the first things that come to mind when talking about Athens is definitely coffee! The Plaka region, located at the foot of the Acropolis, is one of the places with the best cafe culture in Europe. Sit in one of the most pleasing cafes in the narrow streets of Plaka. Our recommendation is to try Yiasemi, where you can have a strong Greek coffee, with tables lined up on the stairs.

** You may be interested in; The 5 Best Diving Spots in Europe 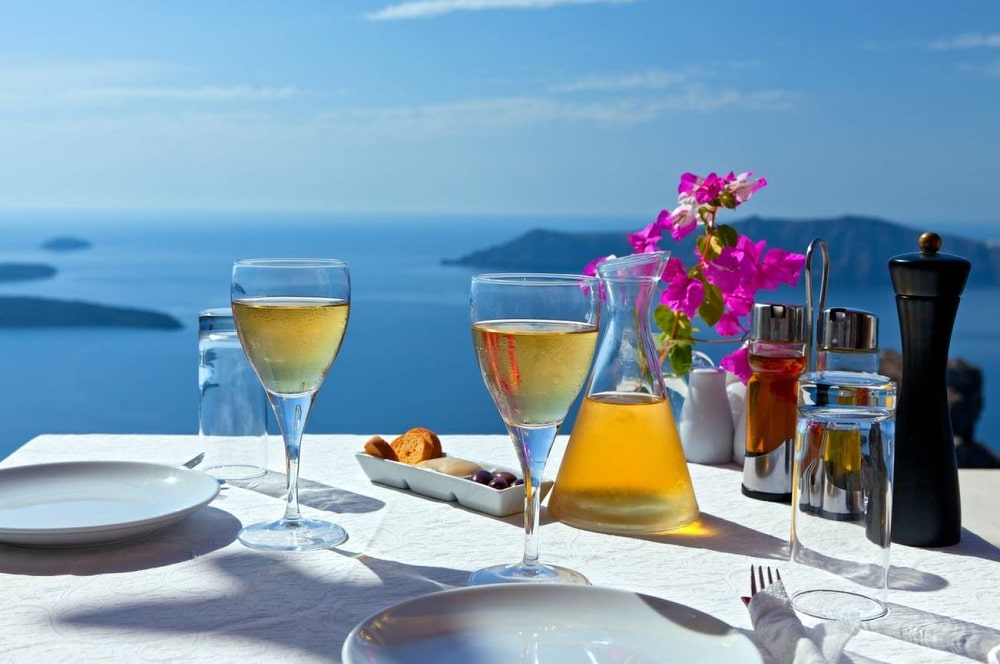 It’s normal that you don’t have much of an idea about Greek wine, which is barely available at dinner tables outside of Greece, but that doesn’t mean it shouldn’t be! Because although it is not valued, Greek wine culture is definitely worth exploring, especially at By the Glass, one of the newest bars in the city that only sells Greek wines. Don’t forget to try the aromatic malagousia or the red-fruit mavrotragano.

** You may be interested in; 5 Activities You Must Do In Cappadocia 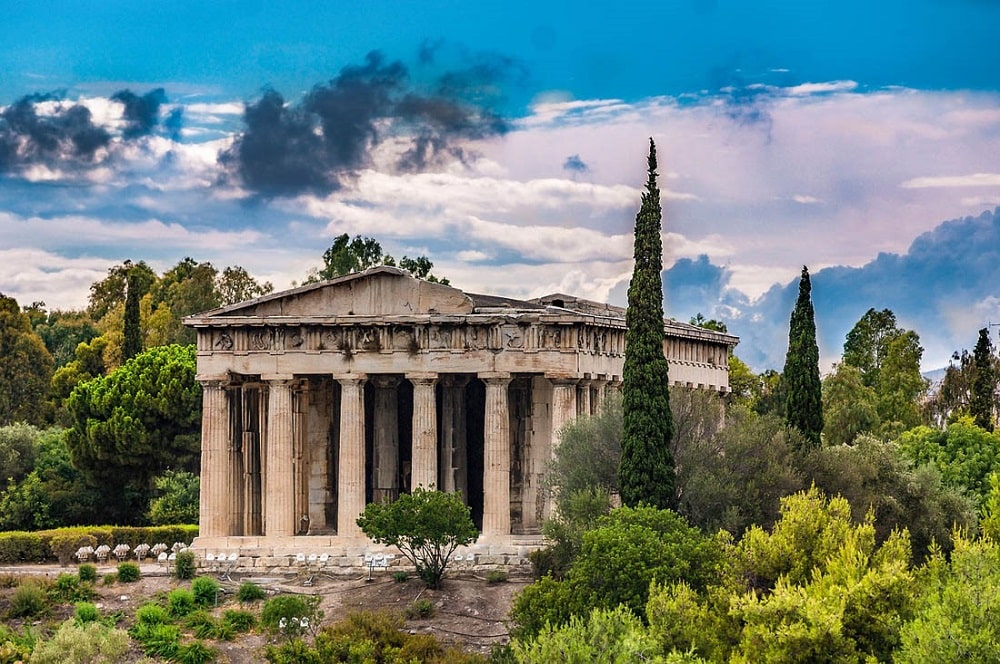 More than just a marketplace for daily necessities, the Agora was the heart of Athens for 1200 years. It is possible to see some of the magnificent architectural works of the Agora, where the whole social life of the city has been shaped – for example, you could hear Socrates speaking here.

The most striking of these works is the Temple of Hephaestus, the best preserved classical temple in the country. Dive into the history as you hide behind the columns of the 2500-year-old temple to protect yourself from the sun.

** You may be interested in: 8 Places to See in the Ancient City of Pompeii 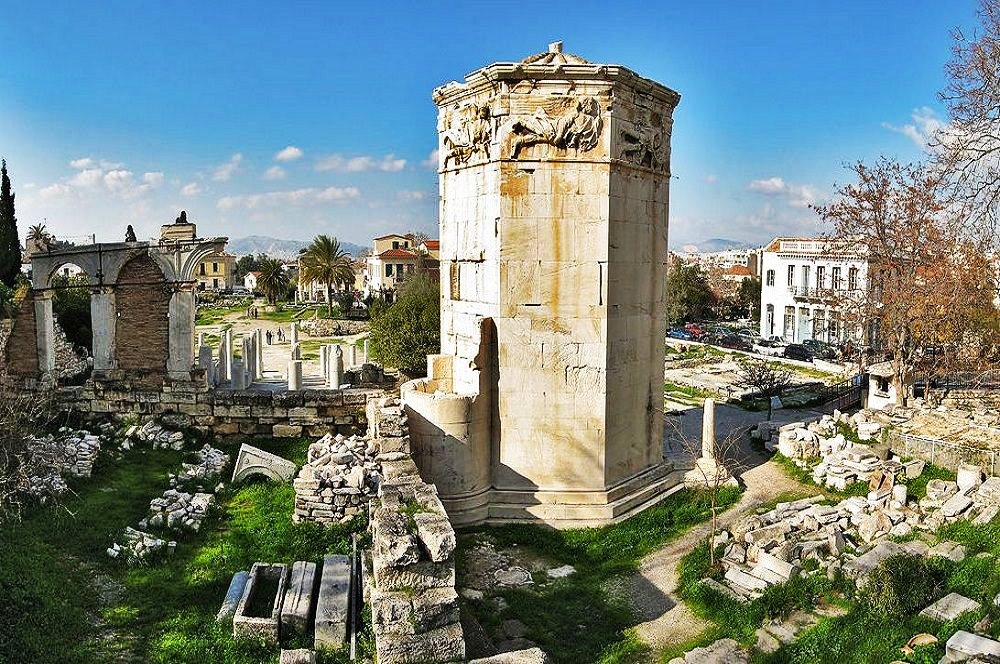 Athens literally hosts different layers of history. The most prominent of these layers is the Roman Forum, where the Roman period ruins sitting on the ancient Greek ruins. During the reign of Julius Caesar, the Romans carried the heart of the city from the Agora to the area where the octagonal Wind Tower is located. Throughout its history, the tower was used as a sundial, weather vane, clock tower and as a semahane in the Ottoman period.

** You may be interested in; 15 Wonderful Places For Travelers In Europe 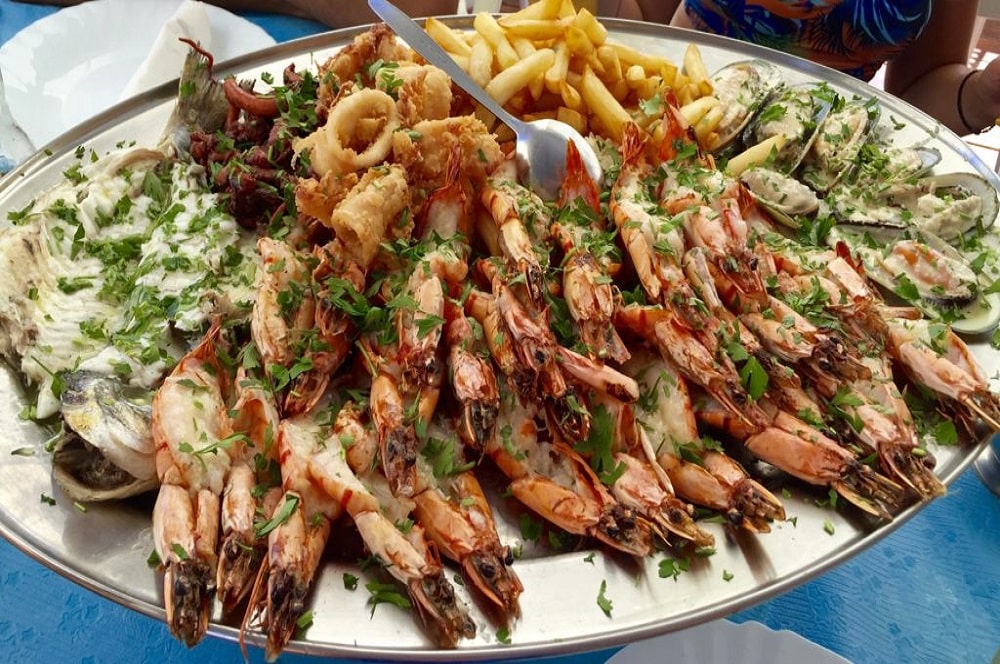 Luxury venues don’t always have to be boring, especially in Athens, not at all. There are one or two Michelin starred restaurants in the city, but our choice is Varoulko Seaside. In the restaurant that has moved to its new location by the sea in Piraeus, instead of a menu, you will find dishes such as steamed mussels, fried calamari and grilled red mullet, and a tavern-style service.

** You may be interested in; 13 Tropical Paradise You Must See