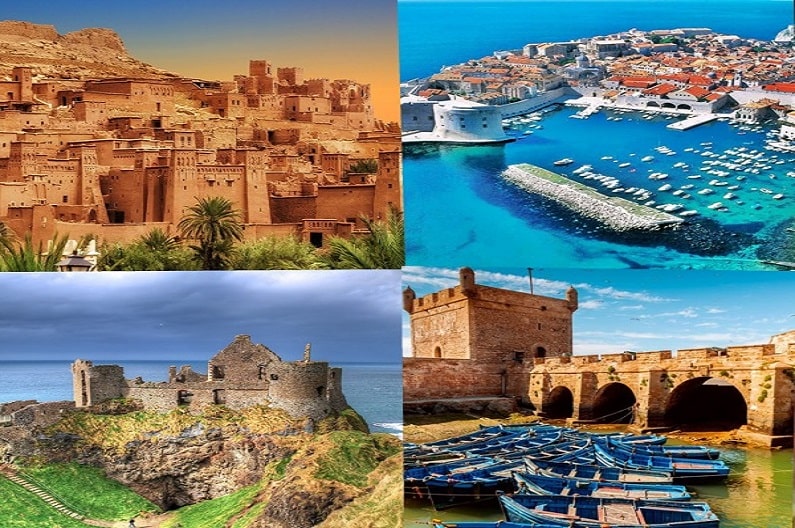 We wanted to remind you where Game of Thrones was filmed. The series, which set foot on many points in different continents even for a single episode, has entered the rotation of touristic trips with this feature. The good news is that most of the filming locations are visitable. Maybe you want to list it while planning your vacation.

*** You may be interested; Top 15 Most Beautiful Castles of Europe 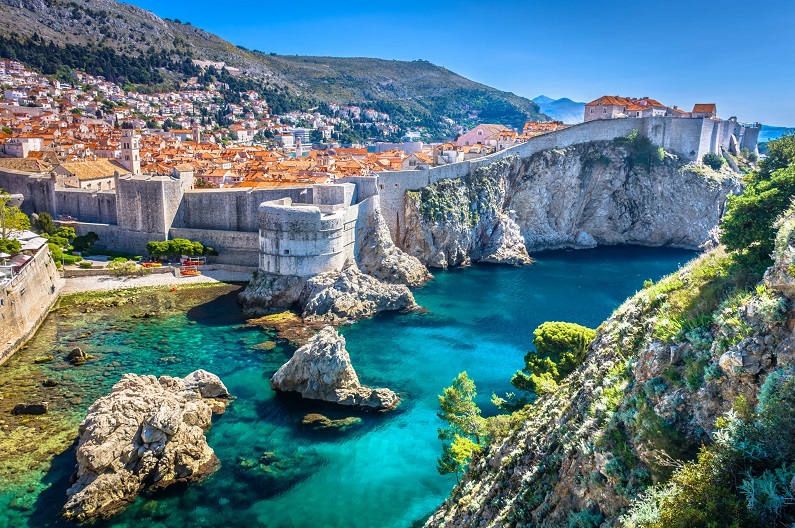 This baroque city on the Adriatic coast has everything a traveler can imagine, with its wonderful beaches, wonderful people, historical structure, culture and delicious food.You can visit the UNESCO-protected city, which is the capital of the Seven Kingdoms, under the guidance of a tour company. 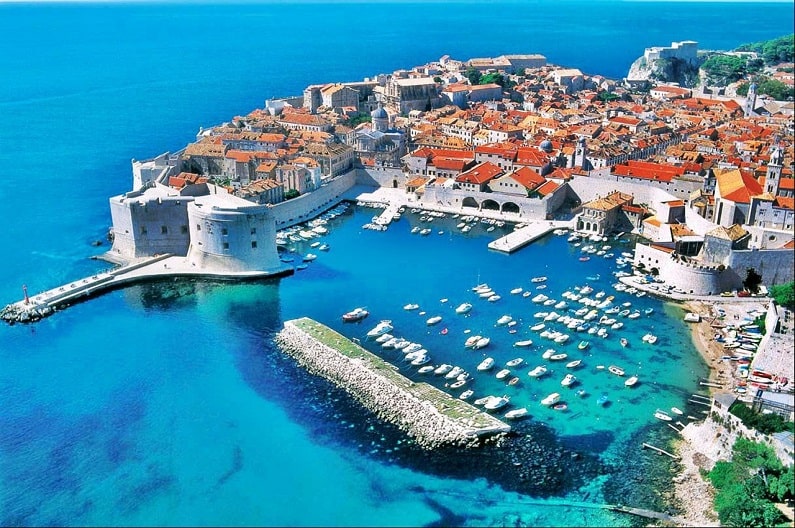 There are those who increase the dose of adventure by climbing the city walls, as well as those who walk the streets on their own or join the two-hour city tours with local guides. Dubrovnik also hosted the King’s Landing shootings in the last season of the series. 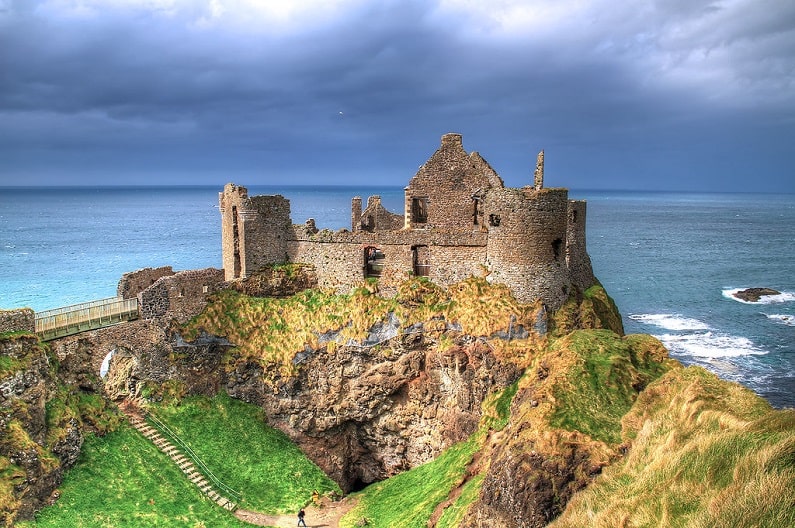 If you’re on the road for Game of Thrones, make sure you pass through Belfast and spend a few days wandering around this city. To see the realm of the Starks and the Winterfell filming locations through the eyes of the world, of course. Ward Castle hosted more than 20 venues in the series. 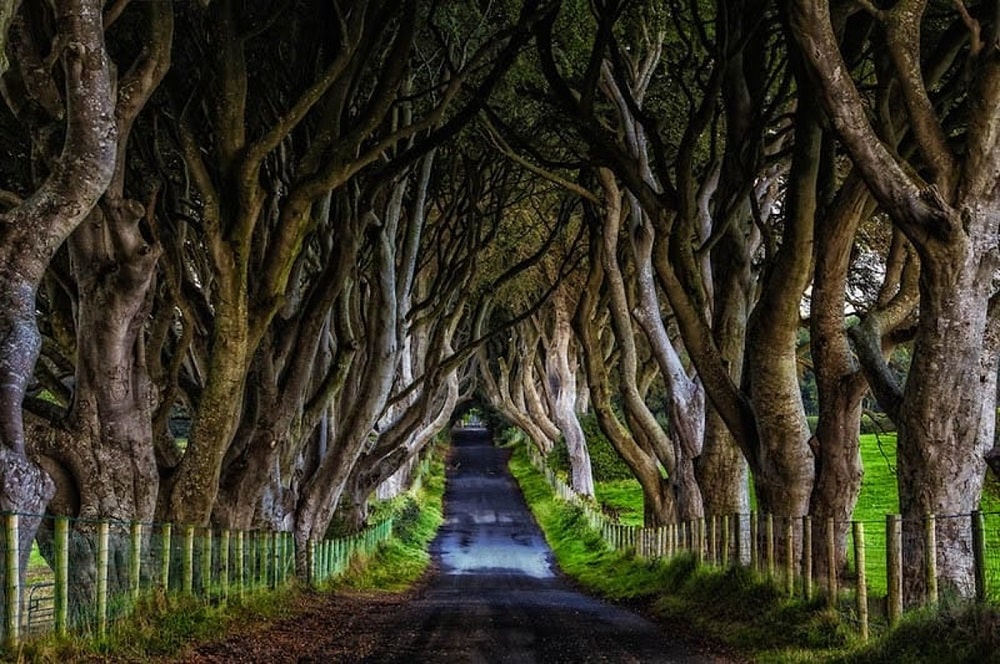 For the eighth season, all of Godswood’s filming took place in Northern Ireland. Apart from that, most of the indoor filming of season eight was done at Titanic Studios in Belfast. While you’re in Ireland, you can make another dream come true and visit two inuit dogs, Odin and Thor, who are frequently seen in the series. 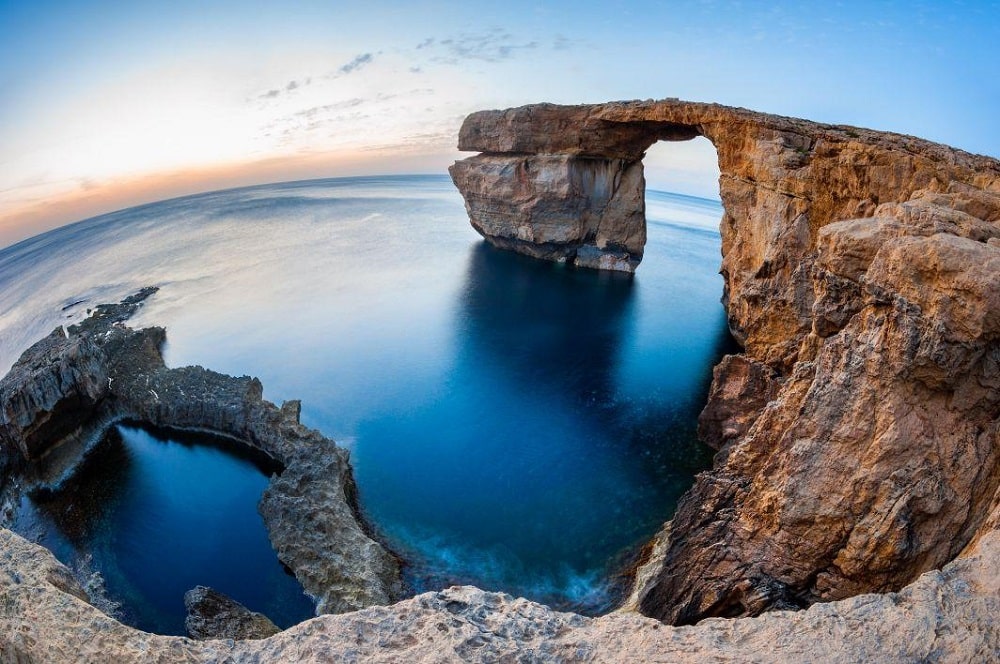 Mostly visited by diving enthusiasts, the Blue Window is located northwest of Gozo and is known for hosting the noisy Dothraki wedding of Daenerys and Drogo (Gozo and Malta were frequent hosts of the show’s first season). In addition to its GoT past, this place is among the most famous diving sites in the Mediterranean with its underwater caves and shipwrecks. 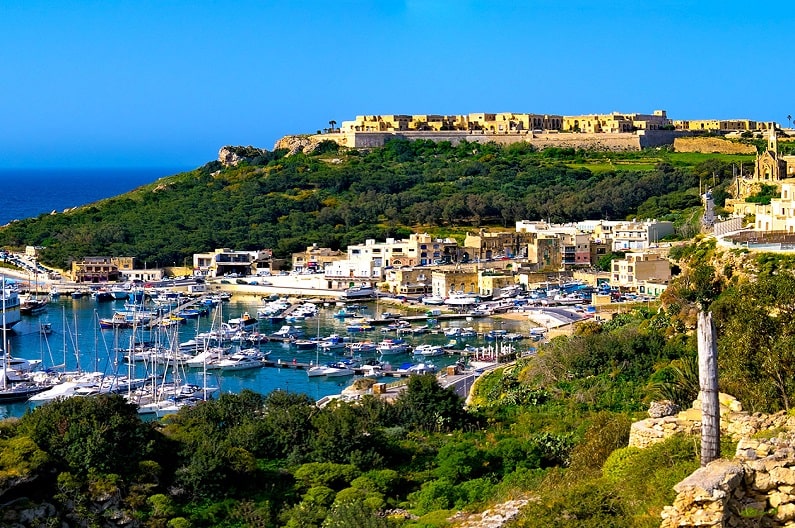 While you’re on the island, indulge yourself a little and taste the exquisite wines you can only find in Malta. In this way, you can spend a few euros and imagine the life of the Lannisters. 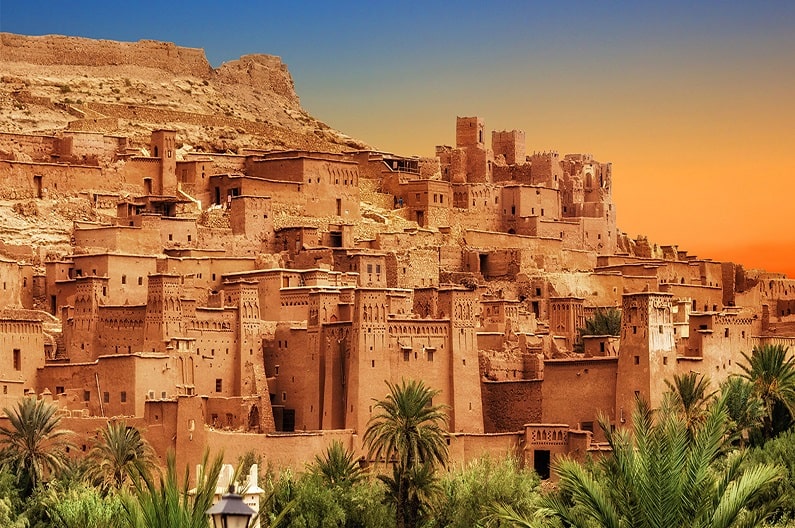 As every seasoned traveler knows, anyone who wants to get to know Morocco should first get out of the crowded streets of Marrakech and head to the Atlas Mountains without wasting time. Located in the Ounila Valley and appearing as the city of Yunkai where Daenerys took her slaves in the series, the red castle Ait Ben Haddou can be one of the stops that you will write at the top of your list during your visit to Morocco. 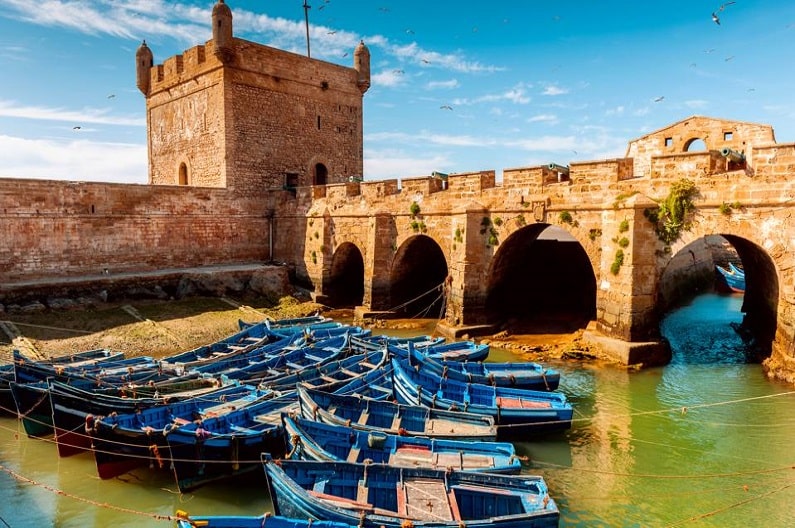 The town of Essaouira, located just to the north and also under protection by UNESCO, is a unique place that appears as Astapor, the home of the Unsullied army in the series. In the eighth season, we can come across a few scenes that take place here. 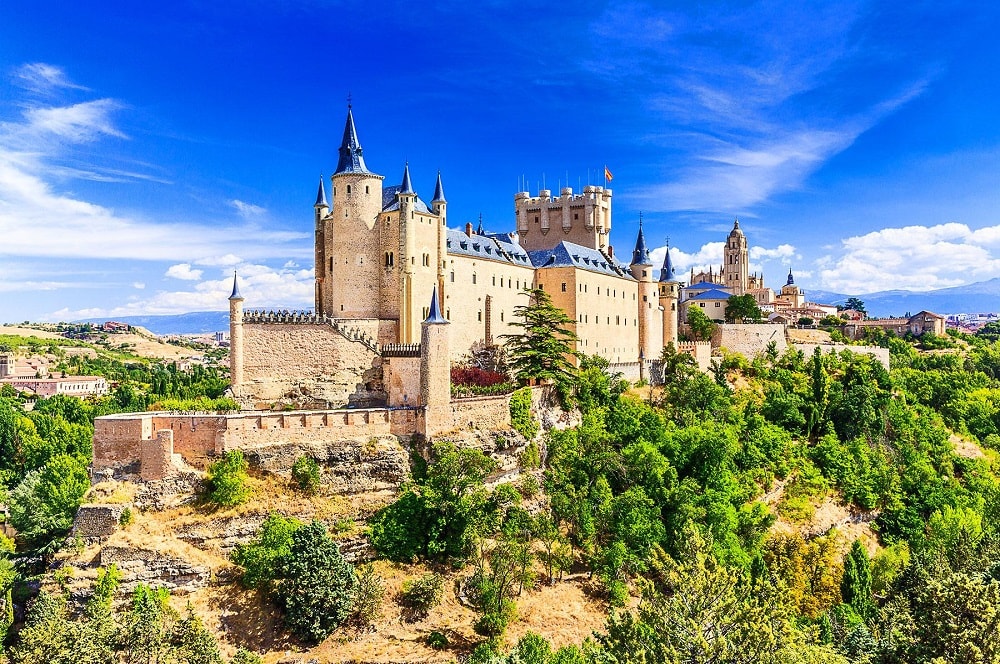 If there’s one place in the world that really makes you feel like you’re in Westeros, it’s the Alcazar. The castle, which blends Magrib, gothic and renaissance influences perfectly and transports people to a completely different world with the light plays in its courtyards, is the venue that hosts the Pool Gardens belonging to the Martel House in the TV series. Westeros, which even hosted Khaalesi last season, will appear frequently in the eighth season.

*** You may be interested; 10 Amazing Places to Visit in Seville Spain’s Flamenco City 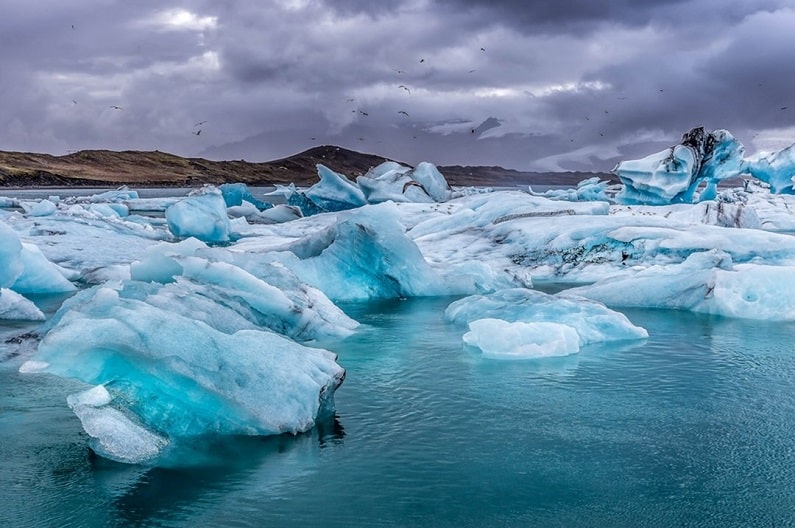 If you’re wondering beyond the Wall, Iceland is the most desolate and hard-to-reach country in the world. You don’t need to be afraid of White Walkers during your travels, but volcano craters, lava flows, rough roads, avalanches and unpredictable weather conditions can make your job a little difficult. Svínafellsjökull glacier and its nearby Reynisfjara, which hosted the great battle with the White Walkers in the seventh season, will appear even more in the eighth season of the series. 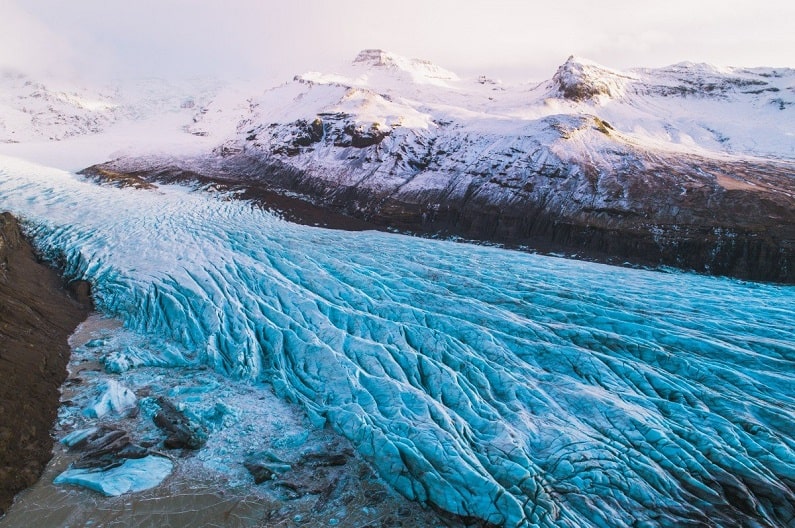 If you are looking for a different option and want to tour Iceland on your own, rent a 4×4 vehicle and schedule your own tour on the Ring Road, which wraps around 1,300 kilometers of circular road throughout Iceland. The ice cap and Vatnajökull Glacier, which you will often see along the way, may create a “I hope White Walker dead end” fear in you.

*** You may be interested; 10 Reasons You Should Visit Iceland 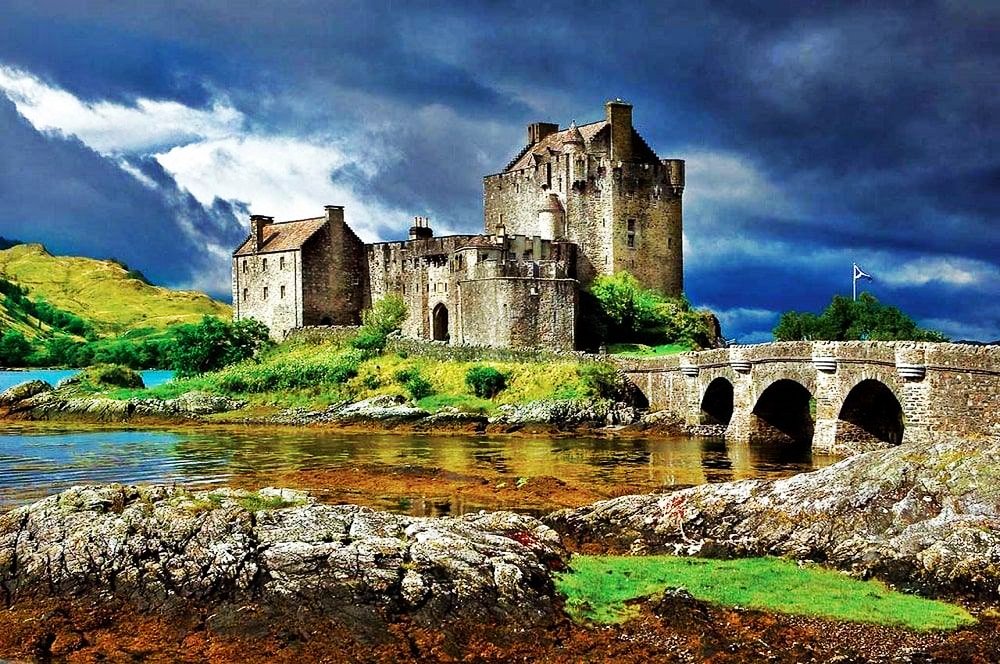 To get to know Scotland and Winterfell, famous for their strong women and strong drinks, one should start by visiting Doune Castle, home to many Winterfell filmings. Before you start touring the castle, first take some Instagram shots and then get to know Arya Stark’s geography better by throwing yourself in a nearby countryside. A nature trip with a stay in country huts can help you understand the Scottish spirit more intimately.