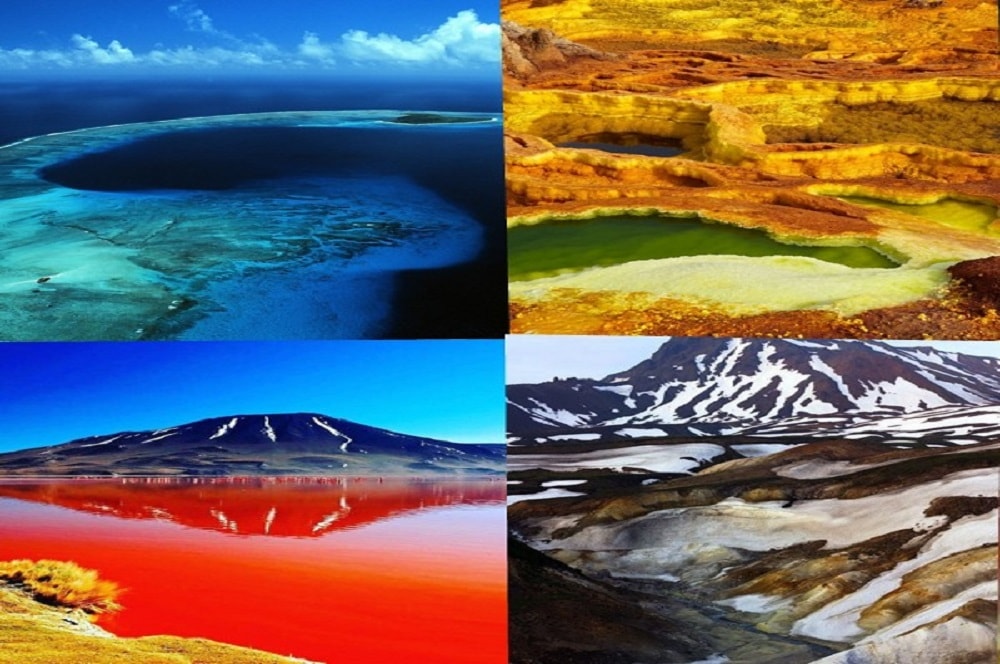 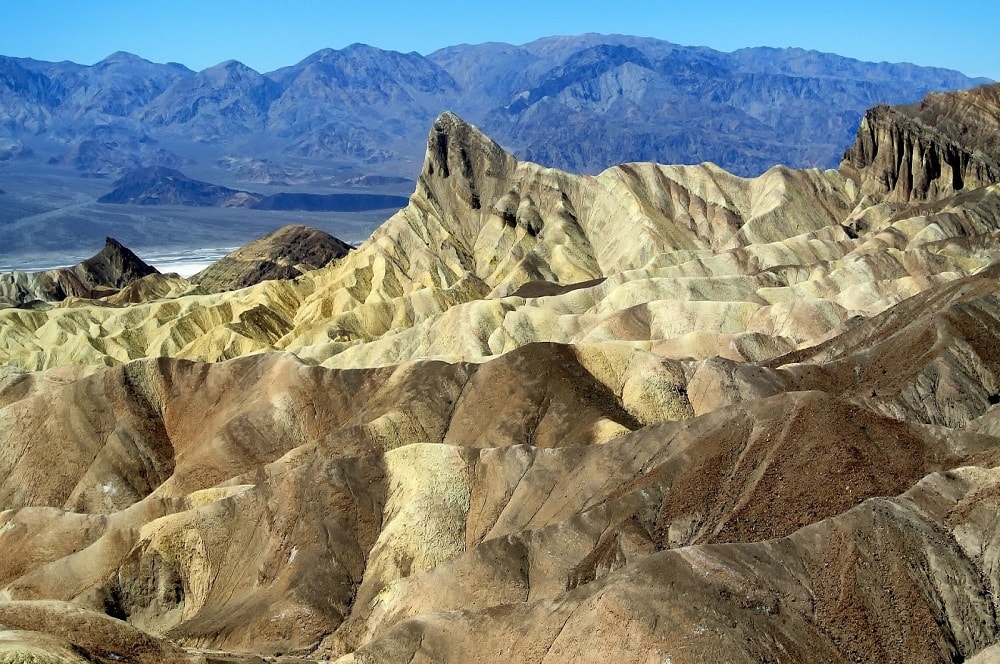 If we consider our world as a home, we can call Death Valley the furnace of this home. The highest natural temperature recorded on earth was recorded in this valley (56.5 degrees) and you can only survive for 14 hours without water in this valley. 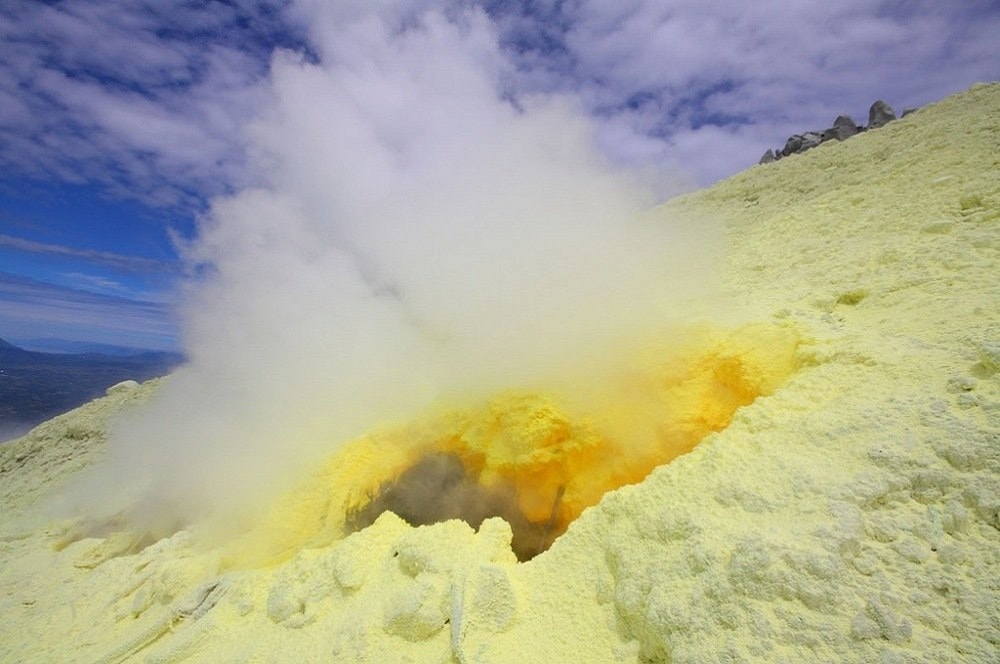 Located in Indonesia, this active volcano erupts almost every year, spreading death to surrounding settlements due to the gases it emits. Earthquakes occurred in many countries such as Indonesia and Thailand when they last erupted. Of course, what will happen tomorrow is unknown. 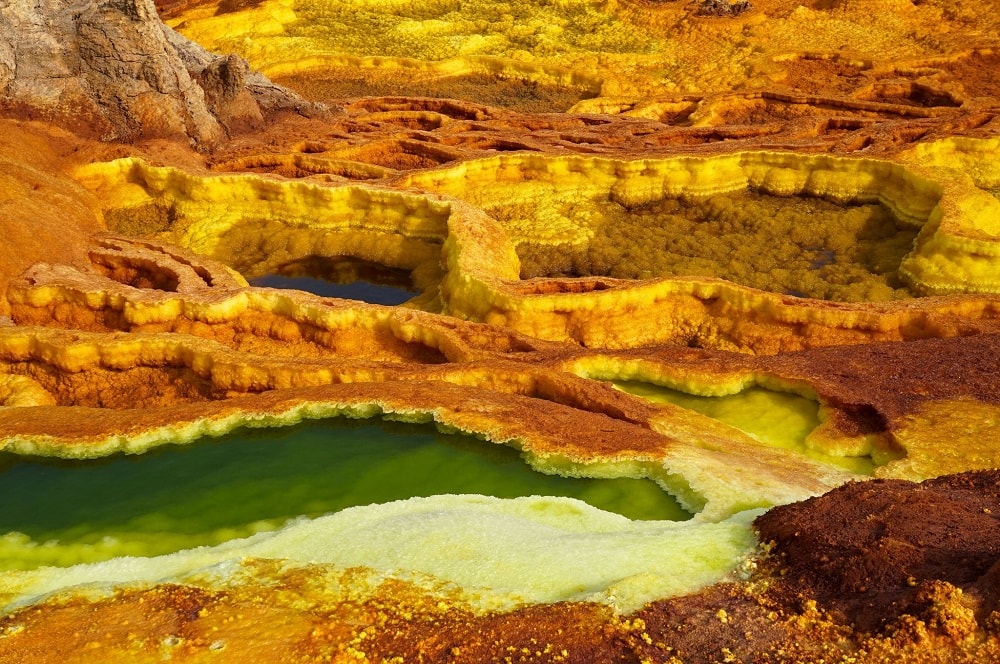 With a temperature of about 50 degrees, this desert of Africa is called hell on earth. Although it is scary, it attracts tourists. But it is strictly forbidden to travel here on your own unless you have an experienced guide. 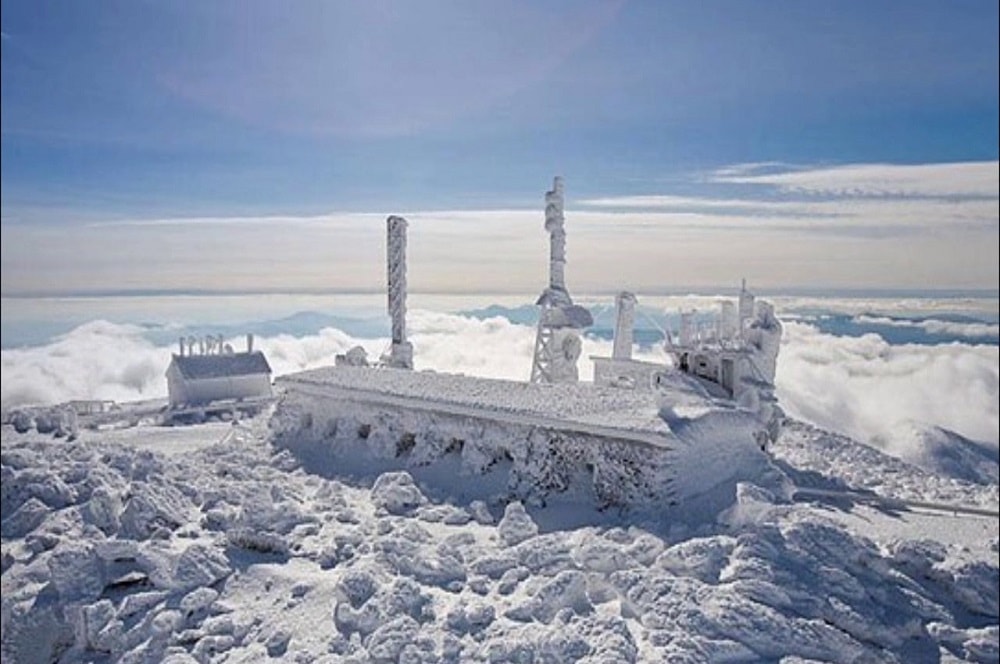 This summit has gone down in history as the summit where the fastest winds in the world were recorded. The speed of the wind averages 327 km / h and it’s hard to imagine that. It is also one of the deadliest spots in the world, with temperatures down to -40 degrees. 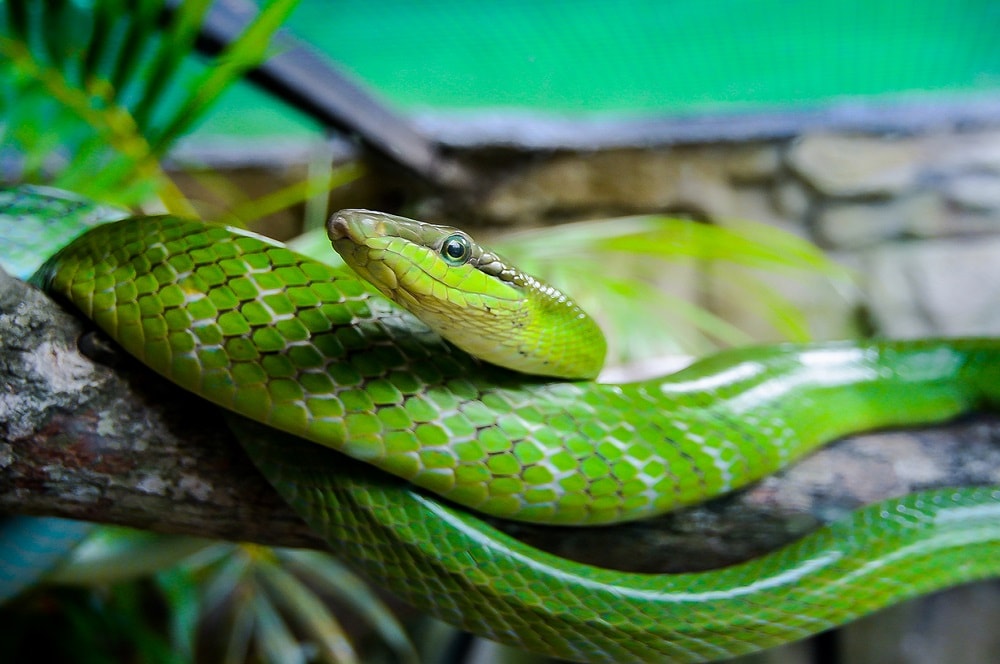 Snake Island in Brazil is one of the rare places in the world where it is forbidden to enter. This Island, which is indeed called Snake Island, is located off the coast of Sao Paulo, Brazil. Don’t say how many snakes can be, it is estimated that there is an average of 5 venomous snakes per square meter.

The very venomous yellow-colored pit viper (Bothrops insularis) is found in the region. This species, which causes 90 percent of deaths by snakes in Brazil, lives on Snake Island. 5 times more venomous than its relatives on the mainland, this species of snake has covered the whole island. In a few days, flocks of birds that accidentally come to the region are completely eaten by snakes. It is said. Since the island is completely covered with forests, it has a suitable growth and population area for snakes. 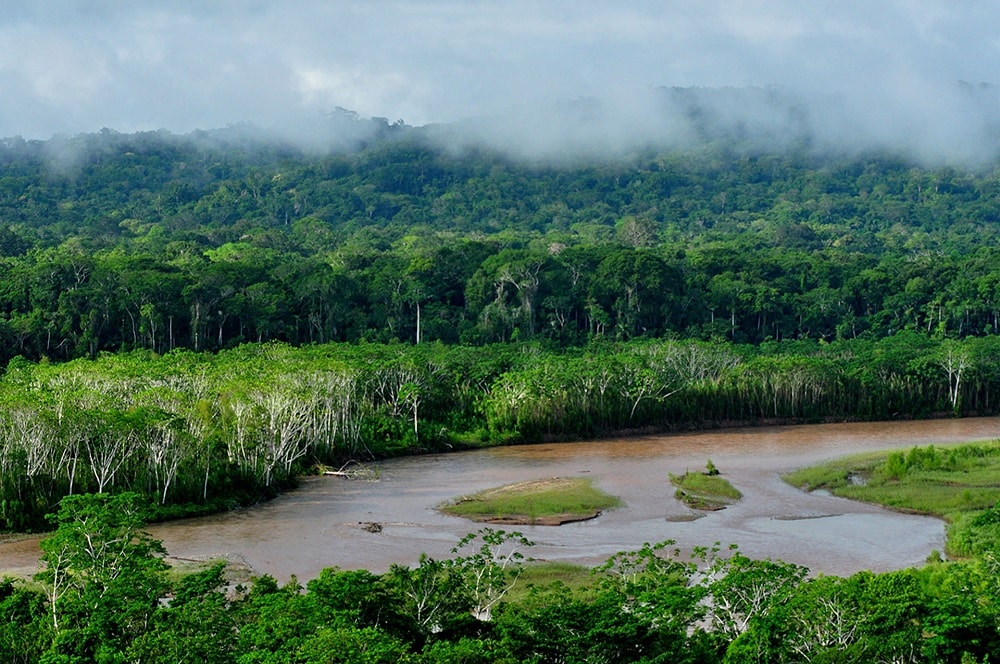 Madidi is a national park located in the upper Amazon river basin in Bolivia. Founded in 1995, it has an area of 18,958 square kilometers. Although it gives a wonderful park impression, this park is one of the most dangerous places in the world. Because it is home to the world’s deadliest bacterial fauna. Contact with any plant or even a small injury can cause fatal infections. 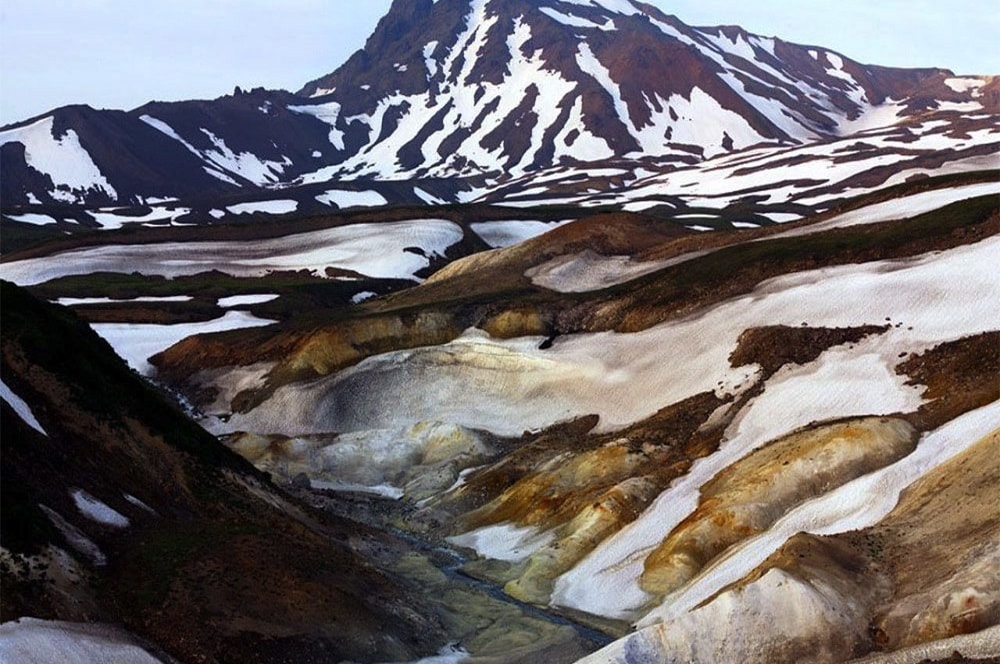 Kamchatka in Russia has its own Death Valley and is also very close to the Geyser Valley. The toxic gases scattered into the air in this valley cause the death of plants and animals immediately, people start to feel unwell after a short time and experience fever, dizziness, and colds. 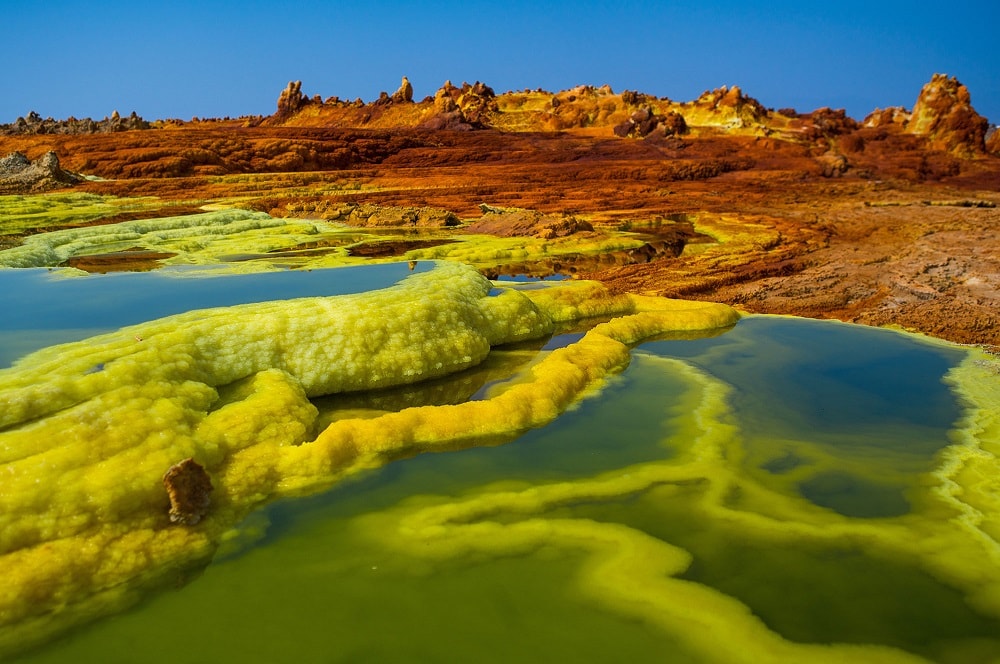 The Afar Depression or Afar Triangle in Ethiopia is the driest and harshest place in the world, along with the Atacama Desert and Antarctica. As the name suggests, it is a plain surrounded by fault lines and volcanoes; Some areas, including Lake Assal, a crater lake, are 155 meters below sea level.

It is misleading that this area seems quite calm when viewed by helicopter because this depression is fraught with dangers; volcanoes, geysers, toxic fumes, magma, earthquakes, and many more … 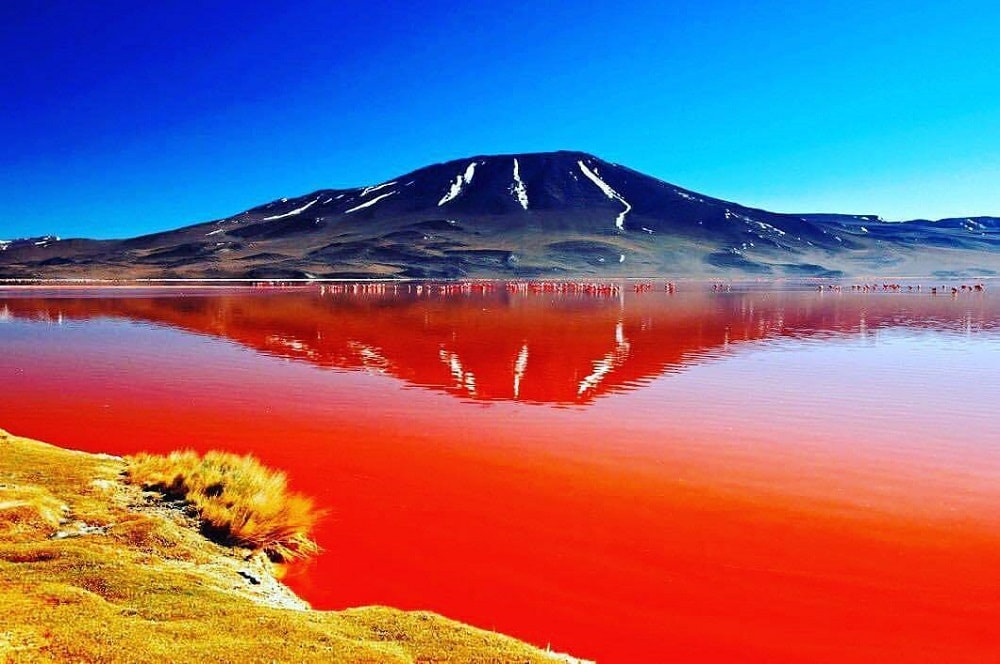 The dense salt layer on the surface of the lake causes the death of people who come into contact with this lake. The very strong hydrogen sulfide gas emitted around it can also cause enormous damage. You can imagine that swimming in this lake is strictly prohibited. 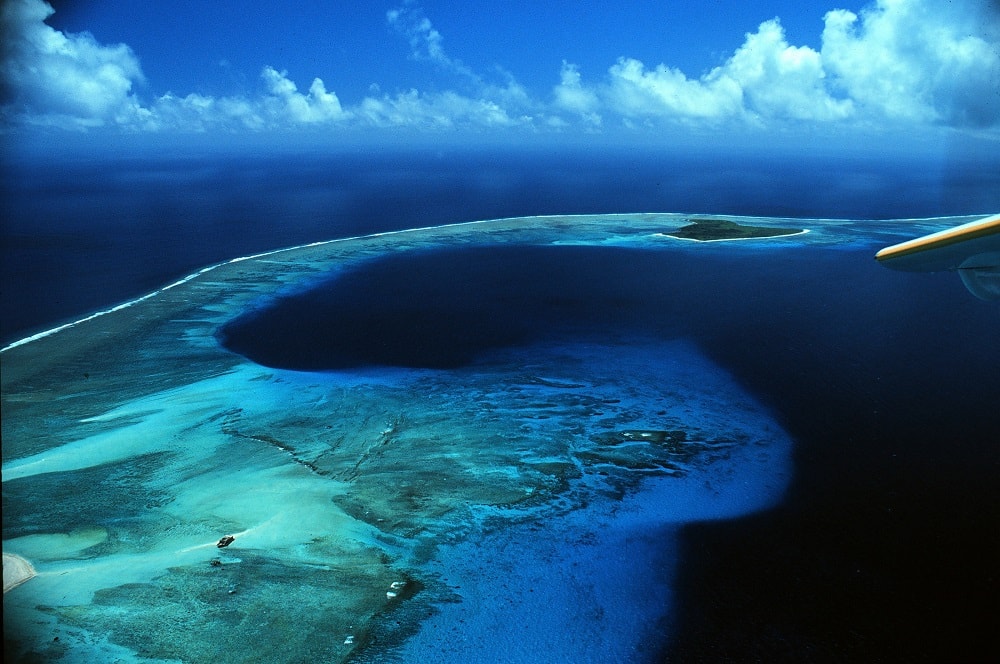 In the Marshall Islands, the center of the Pacific Ocean stretching between Hawaii and the Philippines, Bikini Island, deep horseback consisting of 23 islands, may sound like a holiday paradise due to its name and location.

However, it would be more appropriate for visitors to beautiful beaches to wear protective clothing against biological hazards instead of bathing suits. Because the US military carried out many nuclear tests in the region between 1946 and 1958. The radioactive contamination these tests leave behind is seriously dangerous, with a radiation level so high that you can get cancer at any time.