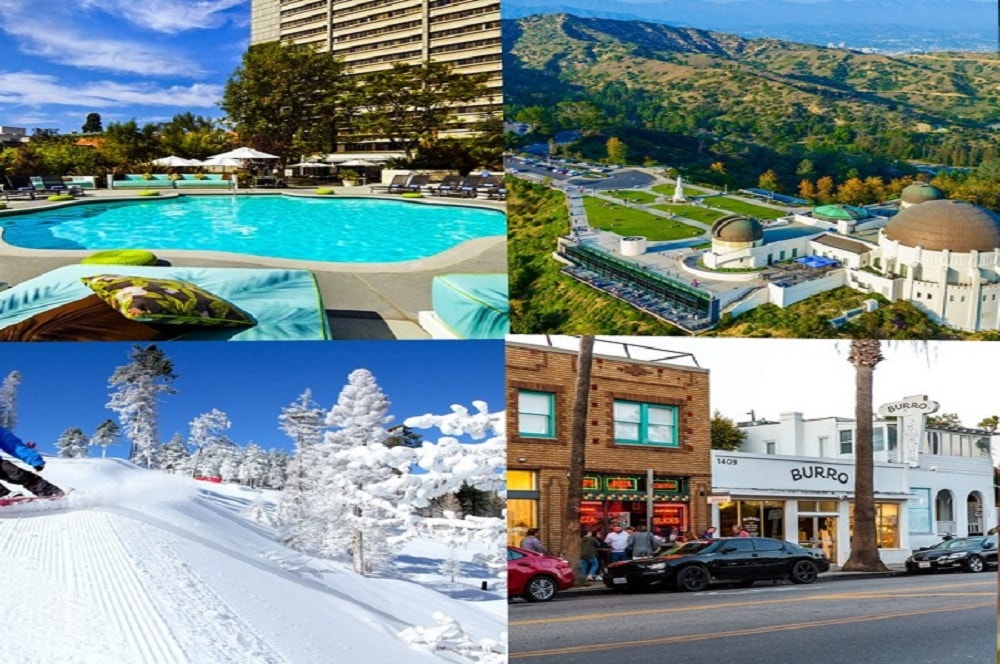 Los Angeles is a sprawling Southern California city and the center of the nation’s film and television industry. It is also known as the City of Angels due to the Spanish meaning of its name. It has a population of 3 million 800 thousand. Located in the east of the Pacific Ocean, Los Angeles is one of the most populous metropolitan cities in the world.

As in other states in the USA, the food culture of immigrants from different countries of the world has enriched the city’s cuisine. In Los Angeles, where you can find the usual fast food dishes of Americans, you can also eat fine dishes of Chinese, Indian, Italian, French, Moroccan, and Turkish cuisine.

Los Angeles is truly a different city, with an endless number of cultural events it offers any day or night! Los Angeles is a great place to visit. The city is close to world-famous theme parks such as beaches, mountain ranges, deserts, and Disneyland. There is no shortage of entertainment and activities in the city of Los Angeles. It doesn’t matter what kind of place you are looking for, you can find everything you are looking for in Los Angeles.

*** You may be interested in; 12 Places You Must Visit in Los Angeles

1. The Bazaar by Jose Andres 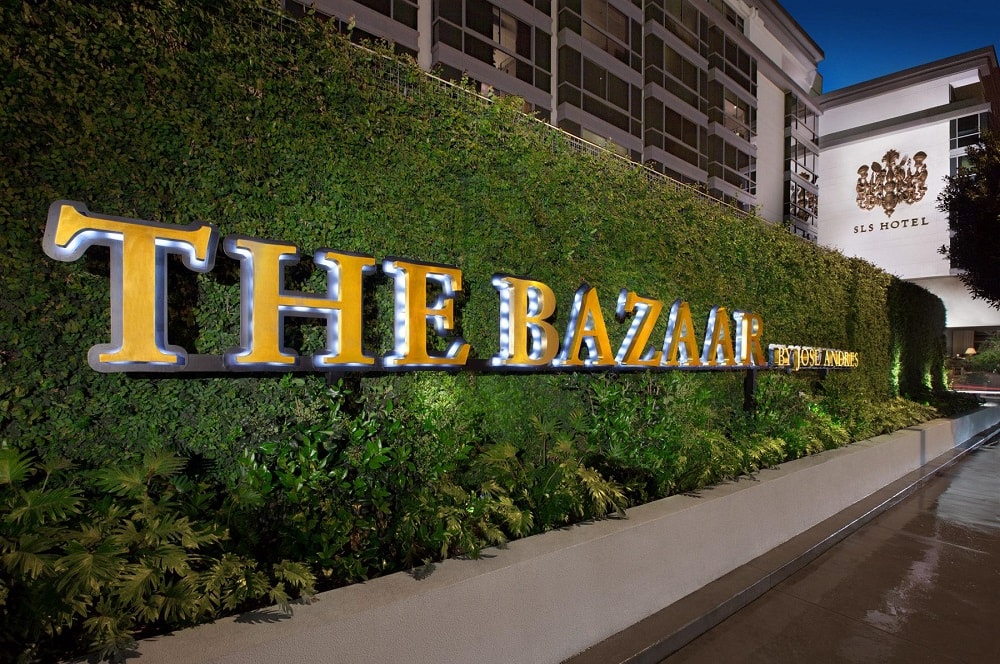 The popular venue of chef José Andrés, The Bazaar is an entertainment and catering complex consisting of two dining halls, a dessert section, and bars. One of the dining halls is the Spanish-influenced Rojo, with red dominating the decor. Blanca is the white dining room with more modern decor. 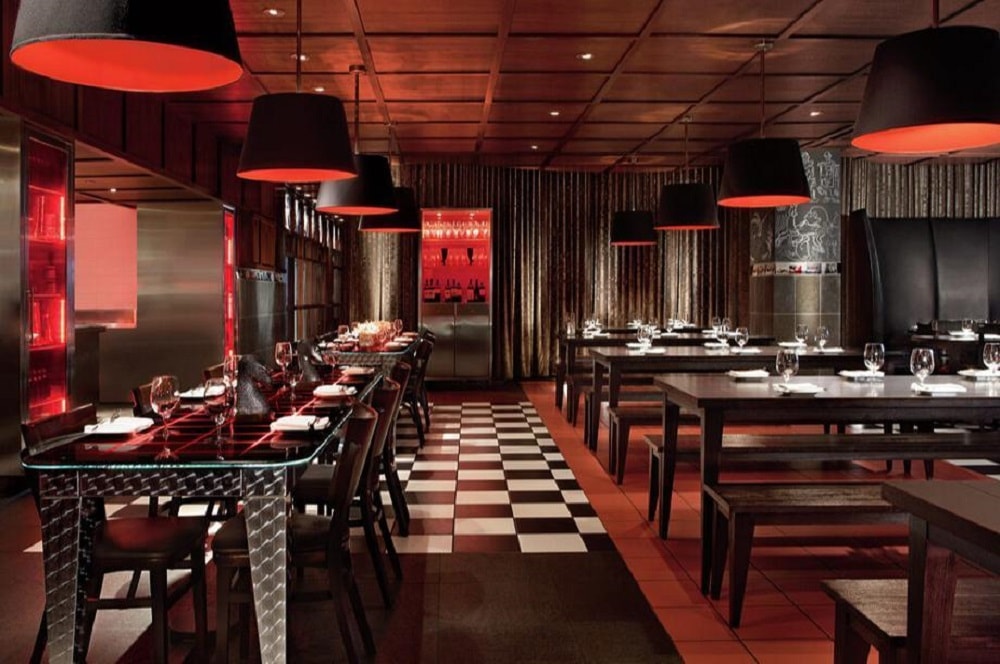 Swanky Bar Centro is one of the city’s popular meeting points, which prepares highly creative cocktails and oddly interesting snacks. One of the most attractive features of The Bazaar is that the flavors produced in the patisserie section are served around with food carts. The Bazaar, decorated by Philippe Starck, also includes stores such as Assouline and Baccarat to satisfy your shopping hunger.

*** You may be interested in; 9 Important Facts You Should Know About California 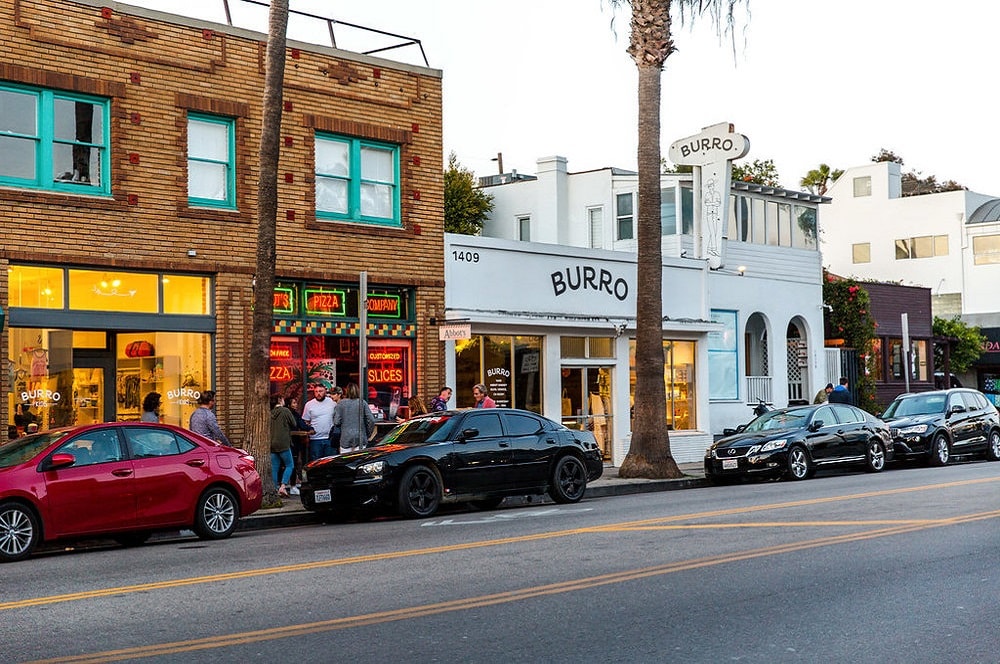 This one-and-a-half-kilometer boulevard stretching over the bohemian chic Venice Beach is a colorful collage of independent boutiques, art galleries, vintage shops, and sidewalk cafes. Abbot Kinney is one of the few walkable streets in Los Angeles, where almost nobody has a habit of walking and everyone moves by car.

On a sunny afternoon, stretch out on this boulevard and tour an exhibition at the G2 Gallery first, then go shopping to a boutique selling gorgeous Kendall Conrad bags and take a sweet break at N’IceCream. As you walk the boulevard, a lot of unplanned things will come before you: Wine tastings, fashion nights, and the annual Abbot Kinney Festival are just a few of these surprises. On the first Friday of every month, galleries stay open late on the boulevard, and mobile food buses line the boulevard. 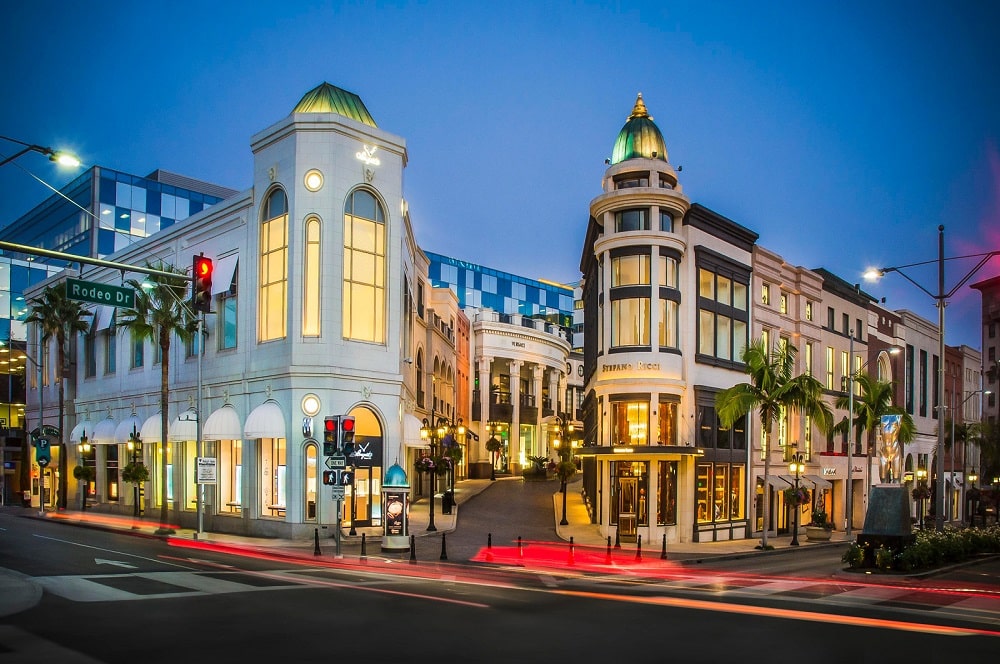 Rodeo Drive, lined side by side with luxury brands from Dior to Gucci, Prada to Tiffany & Co, Chanel to Dolce & Gabbana, is a street that should not be skipped by those who want to combine shopping with LA. Even if you don’t shop, we recommend that you spend a few hours on Rodeo Drive just to see the action here, most likely a few celebrities. There are also many restaurants and cafes where you can relax and have a snack when you are tired. 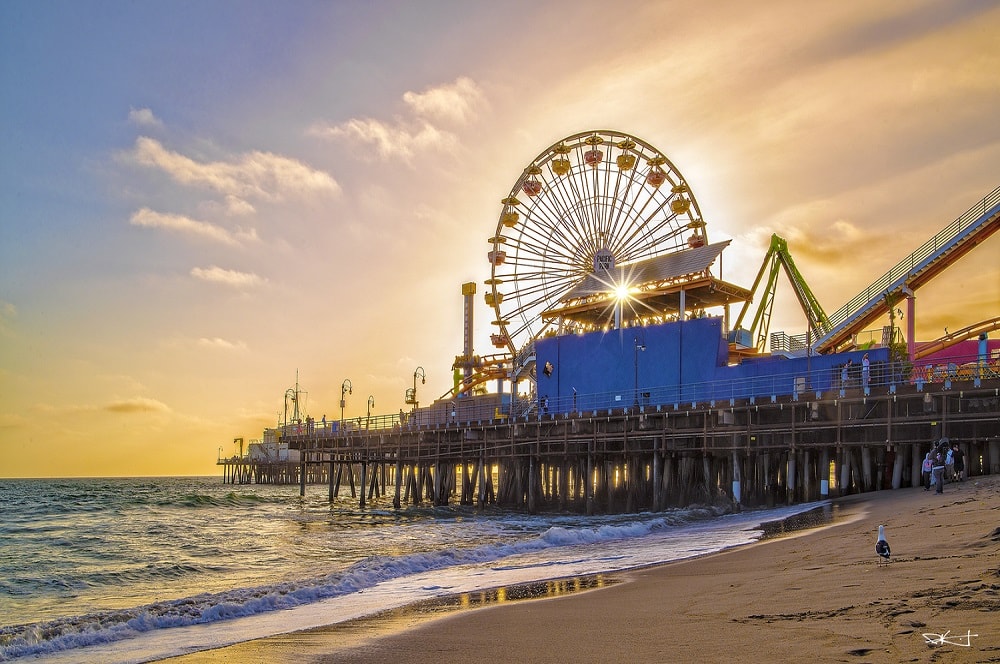 Santa Monica, which we often see in movies, is best known for its pier and promenade Third Street Promenade. Add to this the Farmers ‘Market’, the farmer’s market that is set up on Wednesdays. Here you can see famous Los Angeles chefs shopping for their restaurants. If your aim is to do some shopping, you can explore the unique boutiques on Main Street and Montana Avenue. 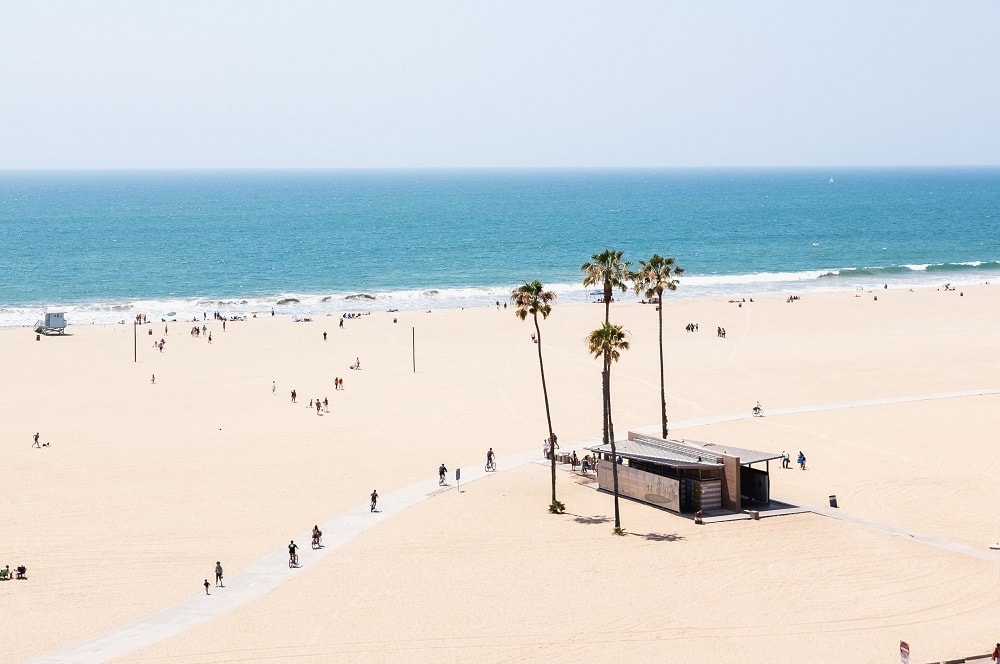 If you want to be more active and surf like a real Los Angeles native, you are again at the right place. Surfrider Beach, Santa Monica’s beach, is full of curvy surfers. For art lovers, be sure to check out Bergamot Station (2525 Michigan Ave), the art gallery complex recruited from an old tram station. This is part of the Santa Monica Museum of Art.

*** You may be interested in; Santa Monica Beach Los Angeles California 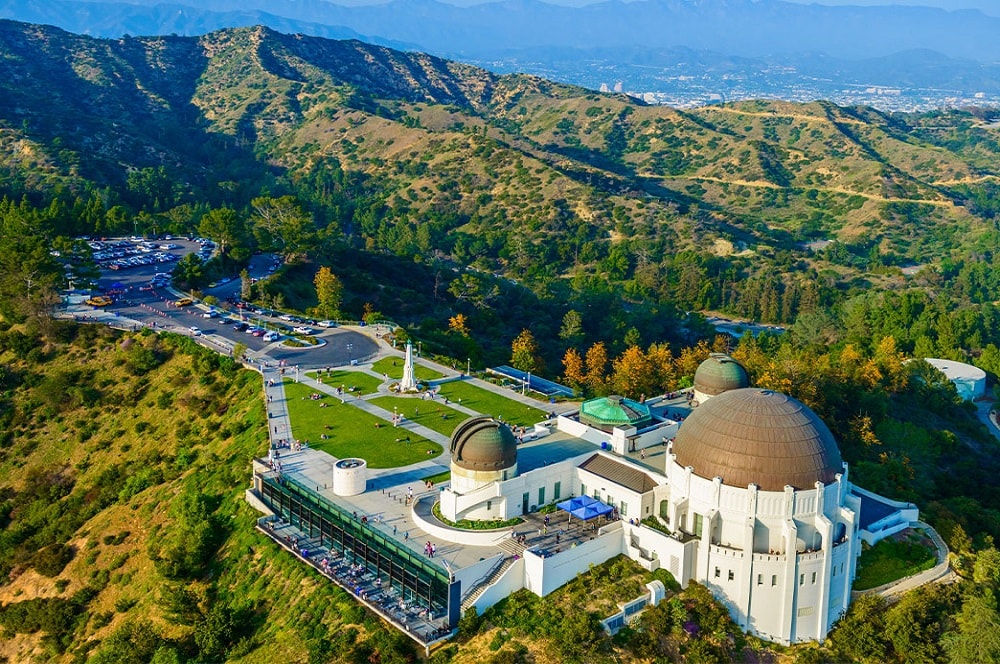 Located at the top of Griffith Park, Griffith Observatory is one of the most well-known landmarks of the city with its Ancient Greek-style architecture. The observatory, which was also seen in James Dean’s famous movie Rebel Youth, and thus eternally engraved in memories, was reopened after a $ 93 million renovation in 2006 and had additional buildings with the repairs on its façade. The addition below ground level has turned into a 200-seat movie theater today: Leonard Nimoy Event Horizon. 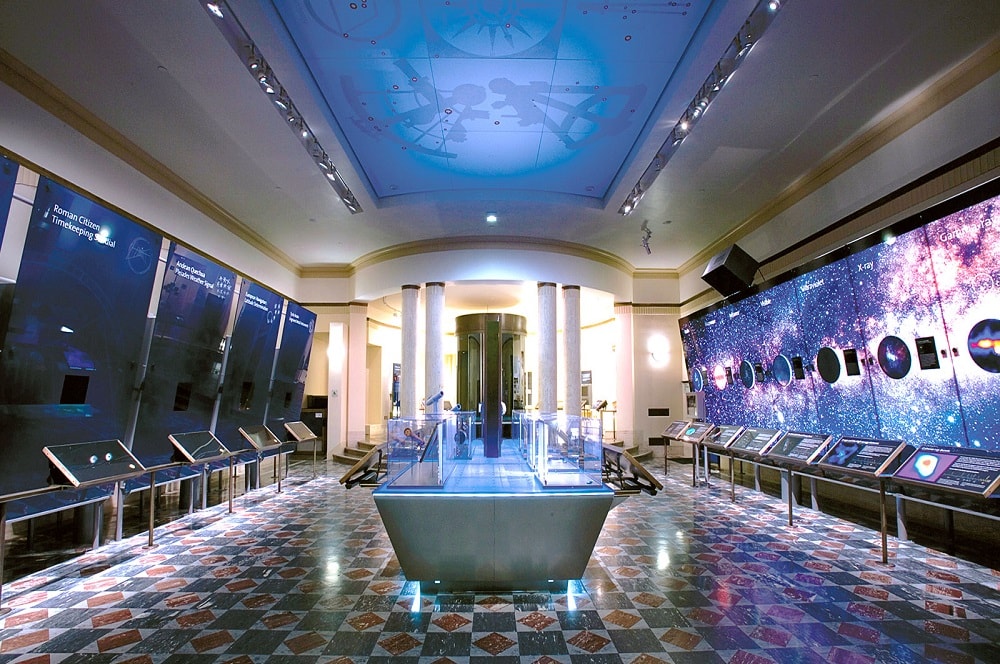 The Samuel Oschin Planetarium, on the other hand, hosts state-of-the-art astronomy shows held hourly. In fact, the observatory is also famous for its hiking routes, however, due to its location, the roads to the north and east are kept closed due to the damage the region has suffered in the terrible fires. Of these roads, only the path from Fern Dell to the observatory is open. If you follow this road, you will be greeted by a wonderful view stretching from the famous Hollywood landmark to the ocean. 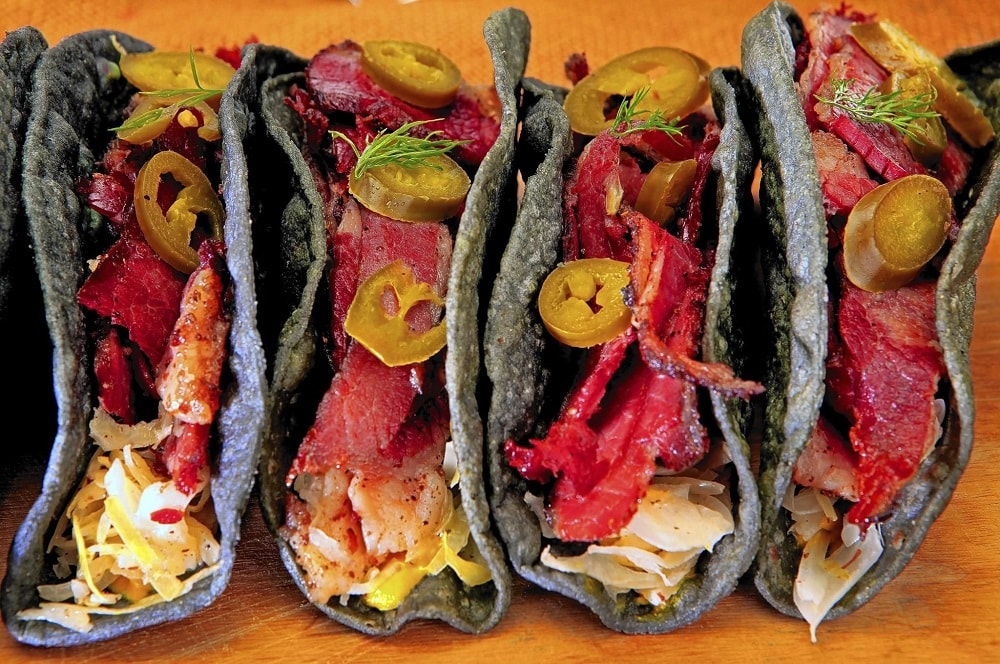 Born in Santa Fe, chef John Rivera Sedlar started pioneering Southwest cuisine 20 years ago. Sedlar now showcases their skills in Rivera’s kitchen, the restaurant that bears her name. Although the design of the modern and simply decorated place has remained in the days of the Sedlar’s youth, the taste of the meals is magnificent. The Puerco pibil made from pork chops is soft. Tortillas are homemade and feel warm to your table. With sage leaves, fresh chervil, dill, tarragon, and edible flowers. 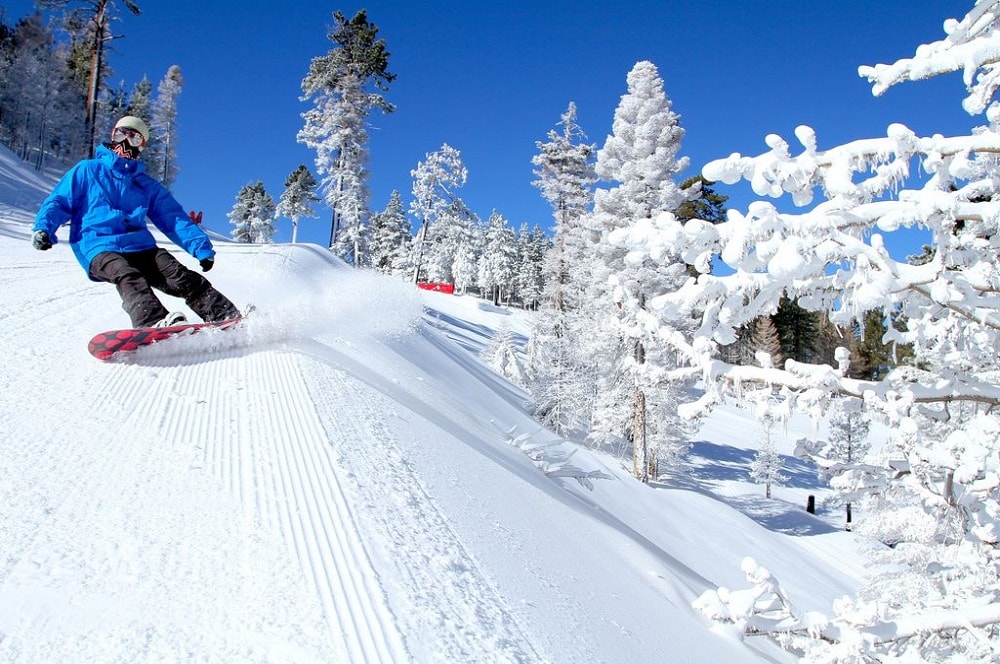 Southern California’s most popular ski and snowboard resort, Bear Mountain is located in the San Bernardino National Forest, southwest of Big Bear Lake. Of the four hills accessible by 12 lifts, Geronimo is the most exciting. Snowboard lovers often prefer this place for freestyle routes and snowboard parks. The tracks, which are open at night on Fridays and Saturdays, have a suitable amount of snow from the end of November to the beginning of March. In summer it is used for mountain biking, hiking, and golf. 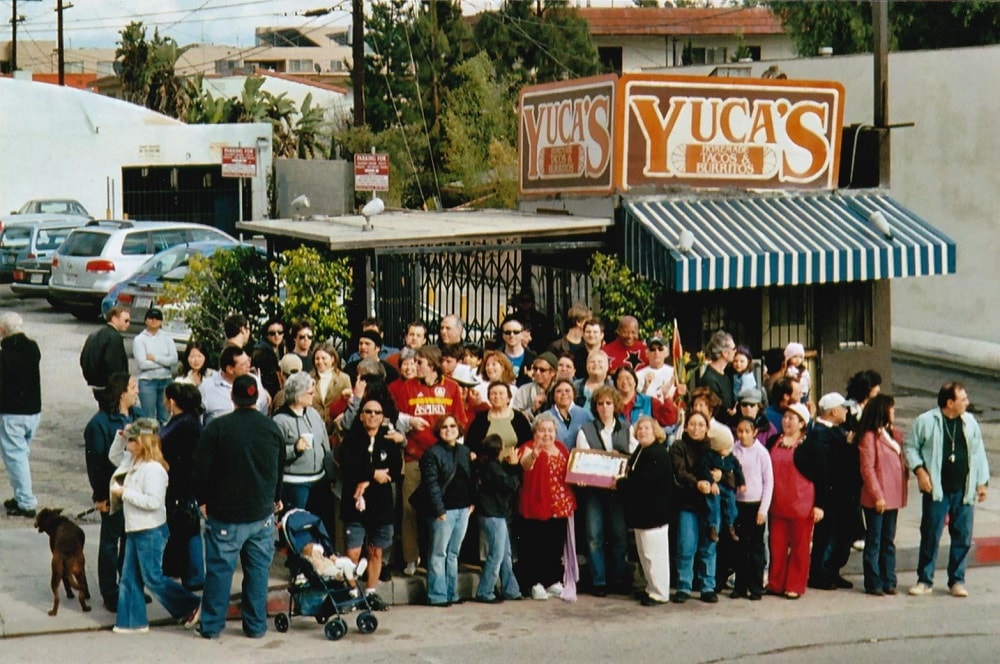 Based in Los Feliz, Yuca’s is a family business that offers authentic Mexican food. Feeding Los Angeles residents with Mexican cuisine for 40 years, Yuca is perhaps not a stylish and cool restaurant, but it covers all its shortcomings in this direction with the taste of its food and its friendly ambiance. 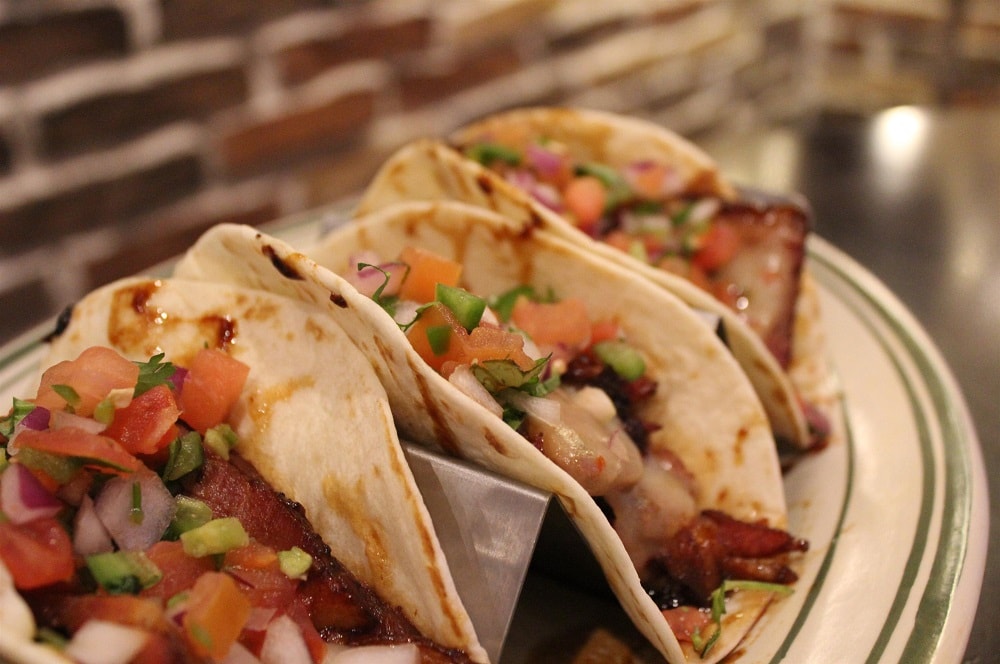 Cochinita pibil, their traditional dish made with marinated and very braised pork, is the most demanded dish here. Since they don’t have much space to sit, many customers pack their meals away. If you go on Saturday, you can just taste the special tamale they made that day. They wrap tamales stuffed with pork in banana peels.

*** You may be interested in; The Best Way to Enjoy Belgium 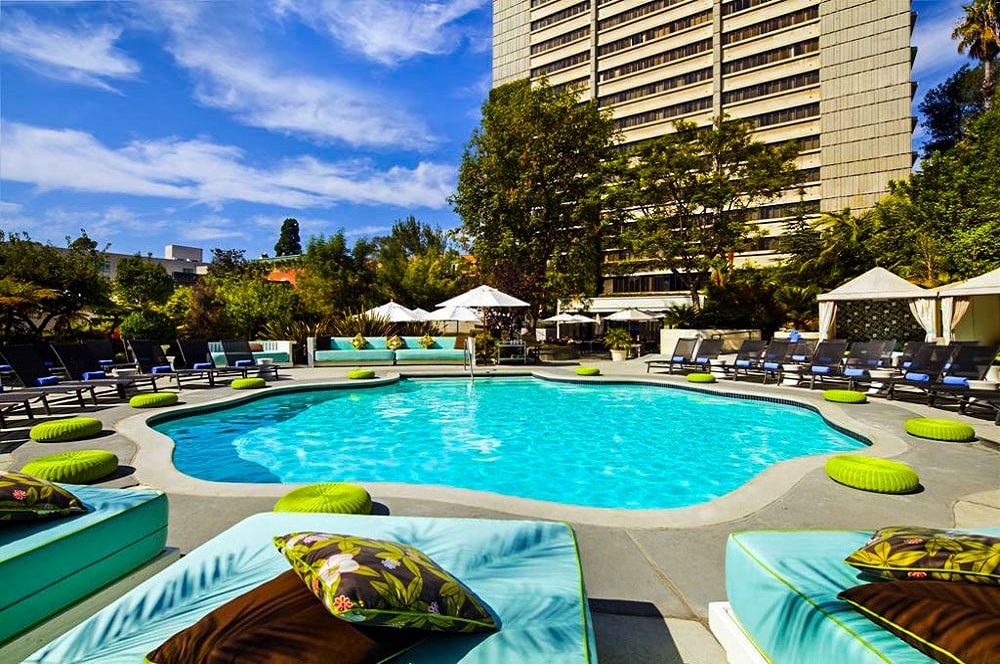 This Beverly Hills classic reopened in May 2012, after a $ 38 million renovation. This renovation, which is perhaps the best cosmetic intervention ever made in the city, successfully combined the hotel’s distinctive floral motifs with plain and natural Californian tones and elements.

The hotel has 285 rooms and suites with a glamorous 1940s atmosphere. Most rooms have large marble bathrooms and large balconies where you can enjoy your morning newspaper. The pool on the top floor of the hotel is the ideal spot to see and be seen. It’s easy to see Hollywood actors working their scripts with their Bellini here.

10. The Spa at the Peninsula Beverly Hills: Enjoy the Spa 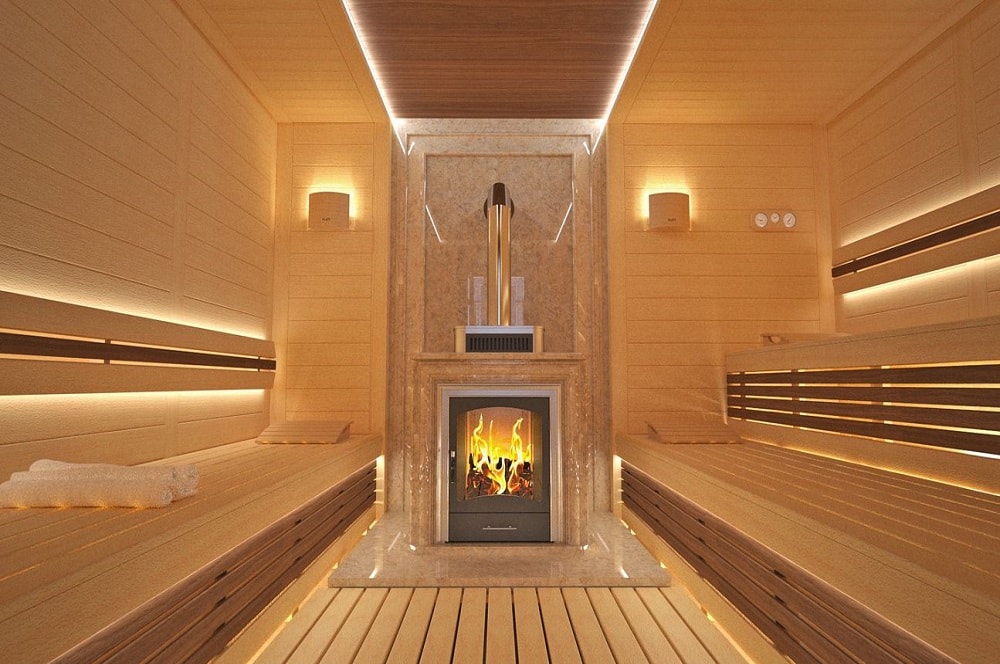 The 7 treatment rooms in the spa have marble floors and dominate a pleasant shade of blue. In the spa, where therapeutic and holistic massages are performed, oils containing stones such as emerald, diamond, and ruby are used. If you wish, you can get a double massage in the Serenity Room and open your lungs in the eucalyptus steam room.