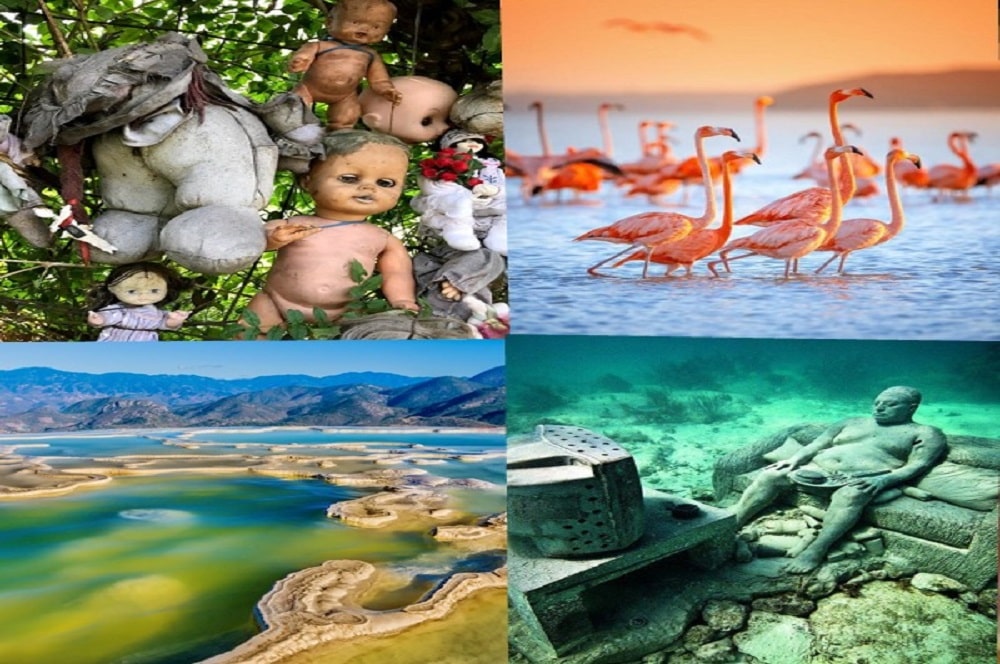 When you think of Mexico, you think of arid lands, cacti, and people shooting at each other. Actually, Mexico is located in very large and diverse geography. For this reason, Mexico is home to beauties that will leave people’s mouths open. Here are 6 places that make you want to go to Mexico when you see it … 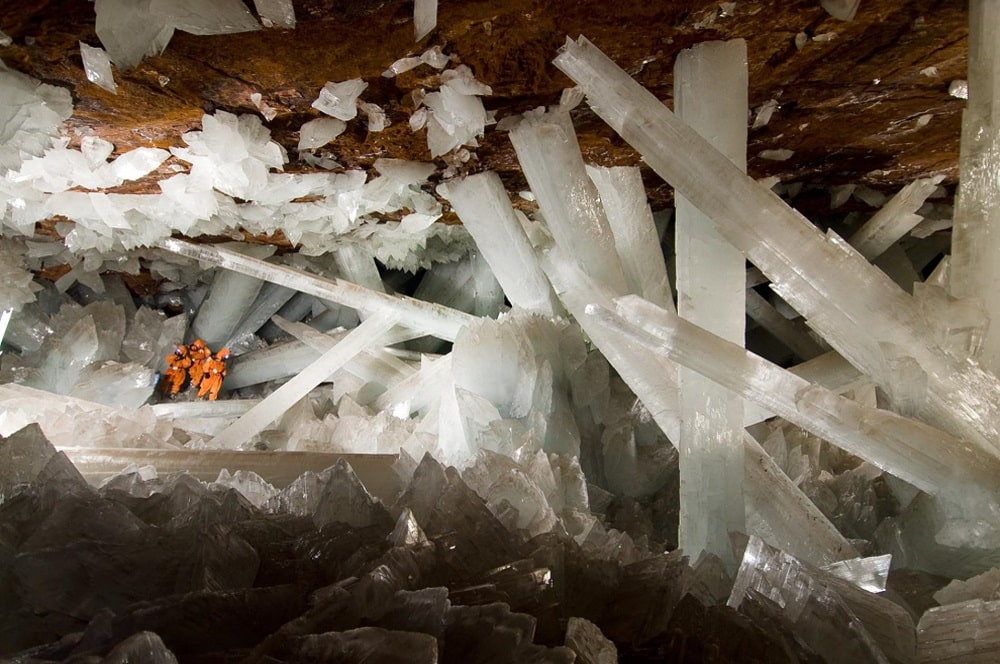 Eighteen years ago, two brothers working for a mining company dug a tunnel under Naica Mountain in Chihuahua, Mexico, and accidentally found themselves among the huge crystals. Naica’s Cave of Crystals is a magical discovery buried 300 meters below the earth’s surface. The enormous crystals inside are reminiscent of science fiction movies and can reach 10 meters in length. Some of the heaviest crystals are estimated to be around 55 tons.

Crystals are reaching epic proportions thanks to the most important combination of conditions in the last 10,000 years. The temperature inside the cave rises up to 57 ° C with a humidity of 90 to 99. The air is acidic and there is no natural light. The conditions are great for crystals but very dangerous for humans. Everyone who enters the cave should wear a special cooling suit and limit the time spent in the cave to only 45 minutes.

*** You may be interested in; The 5 Best Diving Spots in Europe 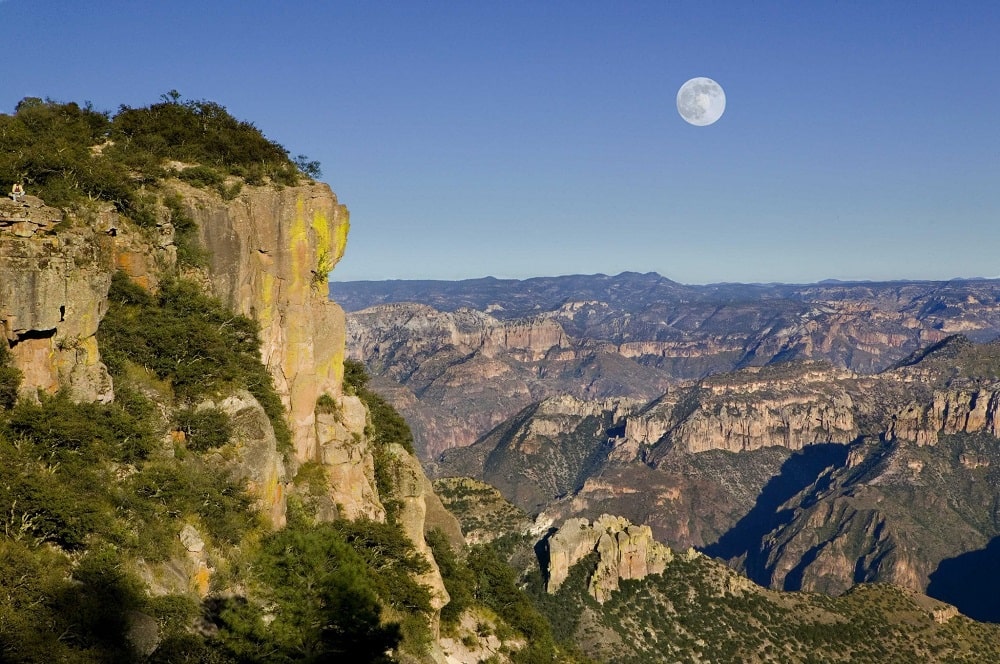 600 miles south of the Mexican border, Copper Canyon consists of a network of canyons that exceed the size of the Grand Canyon several times. This area is rich in biodiversity, cultural history, and has a growing tourism infrastructure. The town of Creel is probably the most popular gorge among canyons. The town of Hidalgo del Parral, south of the city of Chihuahua, is also a good alternative and convenient for exploring the largely overlooked Sinforosa Canyon. 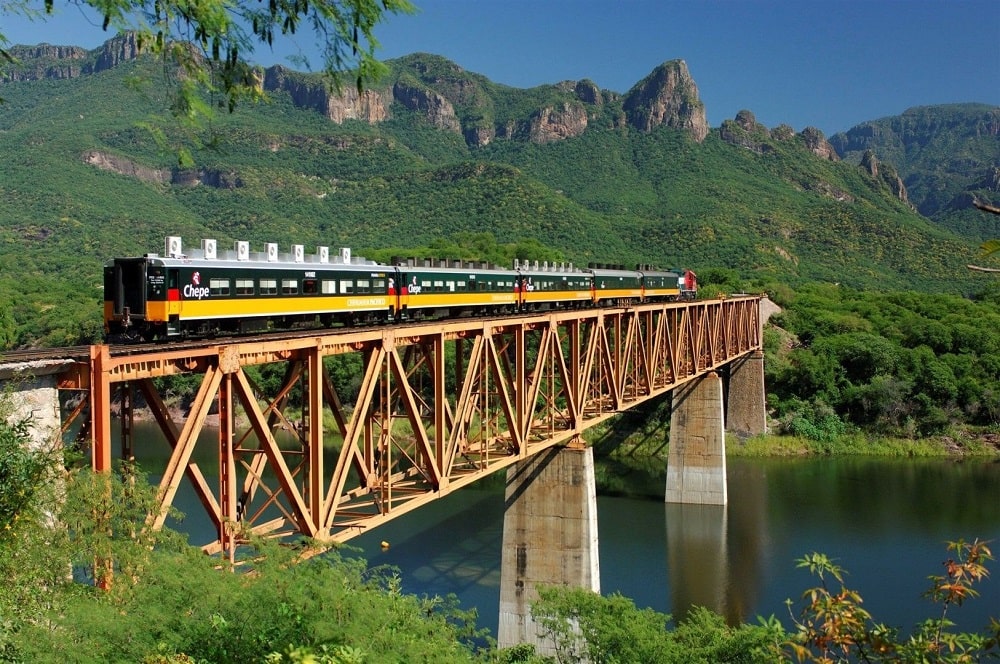 Life runs slower in towns within canyons, and it can be difficult to imagine that you are in a country with tourist attractions like Mexico City, Acapulco, and Cancun. Shops and restaurants open early and late.

Small towns in the canyons are perfect places to get your head off. There are historic Catholic churches often used by Jesuit missionaries. But the real attraction of the canyons is in the region’s natural splendor. There are many waterfalls and hot springs hidden. These can be reached by walking, horseback, or guided walks. Camping under the stars is among the best alternatives in the region where there is no light pollution.

*** You may be interested in; Top 13 Reasons to Visit New Zealand 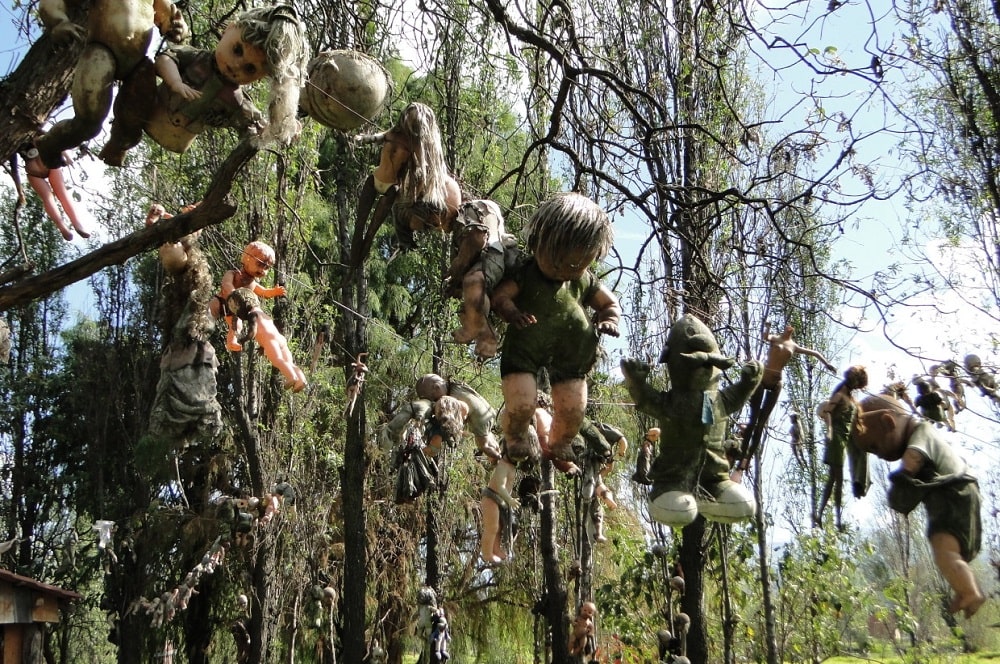 Between the Xochimilco canals in the south of Mexico City is a small island with a sad past. Its name is known as Isla de las Munecas (Baby Island). Although thousands of people live in the region, the citizens of this small island are hundreds of terrible dolls. They adorn the trees with parted legs, severed heads, and empty eyes. Babies are quite annoying, even in the bright midday light, and many people can’t even imagine going to the island at night. 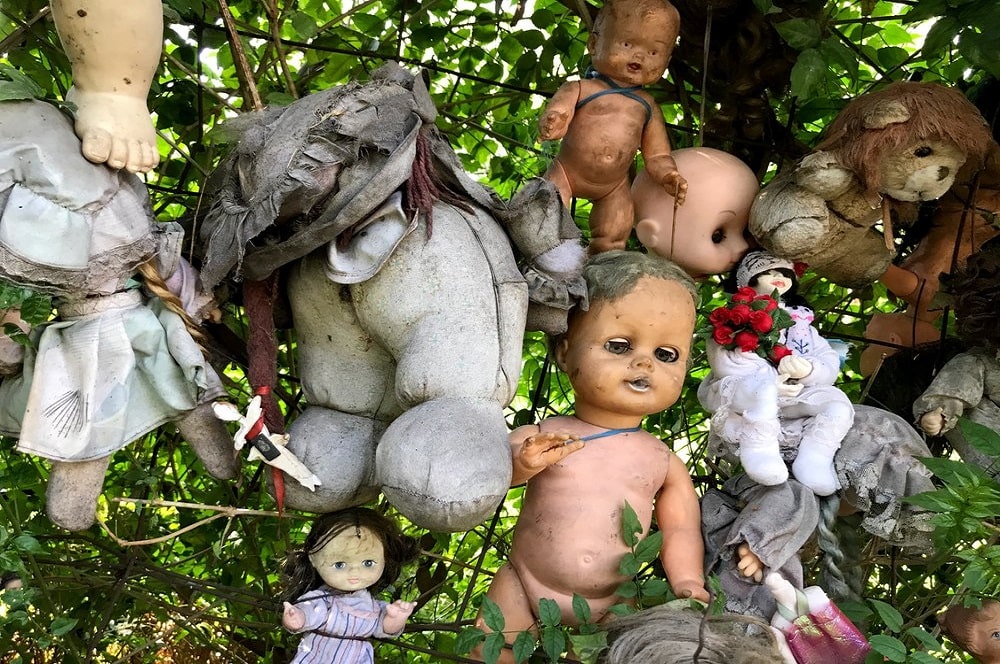 This island is dedicated to the lost soul of a poor girl. A young girl drowned years ago in the canals near this island, and the inhabitant finds her lifeless body. The man who found the body says that the girl’s soul remained on the island and disturbed the man. In order to prevent the girl’s soul from bothering the man, toys and dolls are started to be hung on the whole island.

According to the local narrative, babies can move their arms and legs and open and close their eyes. There are even those who claim that babies whisper among themselves. Of course, this is all imaginary but the truth is that the island is really scary. 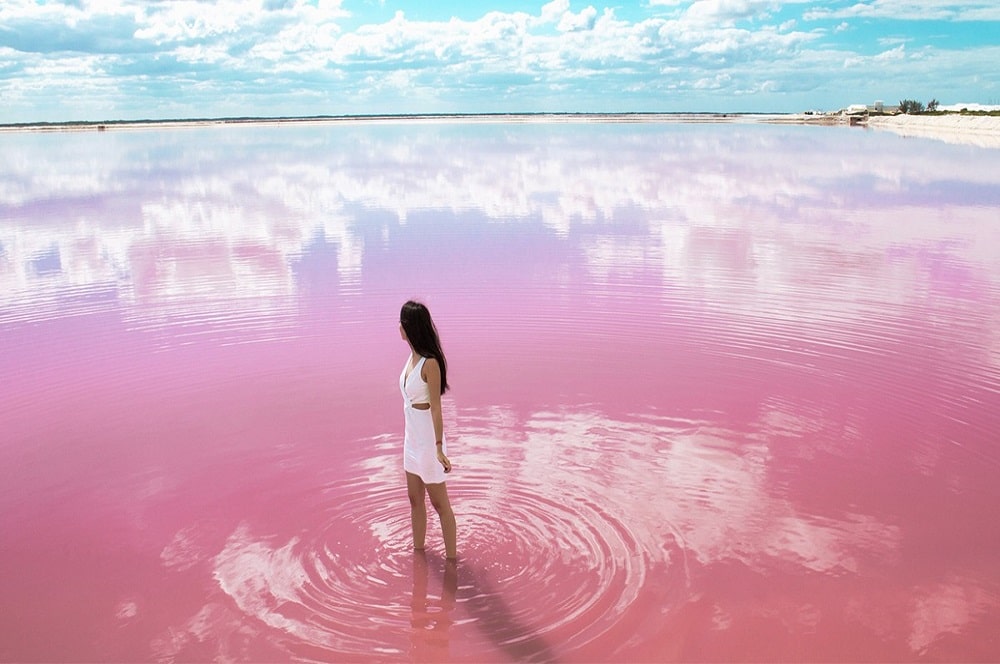 There are pinky lakes at the tip of Mexico’s Yucatan Peninsula. These pink lakes, which resemble cotton candy, are actually used for salt production. Las Coloradas means “red ones” in Spanish. The name of a small Mexican fishing village with a population of 1000 people. Nearby, a series of bright pink lakes neighbor the ocean at the edge of the Gulf of Mexico. 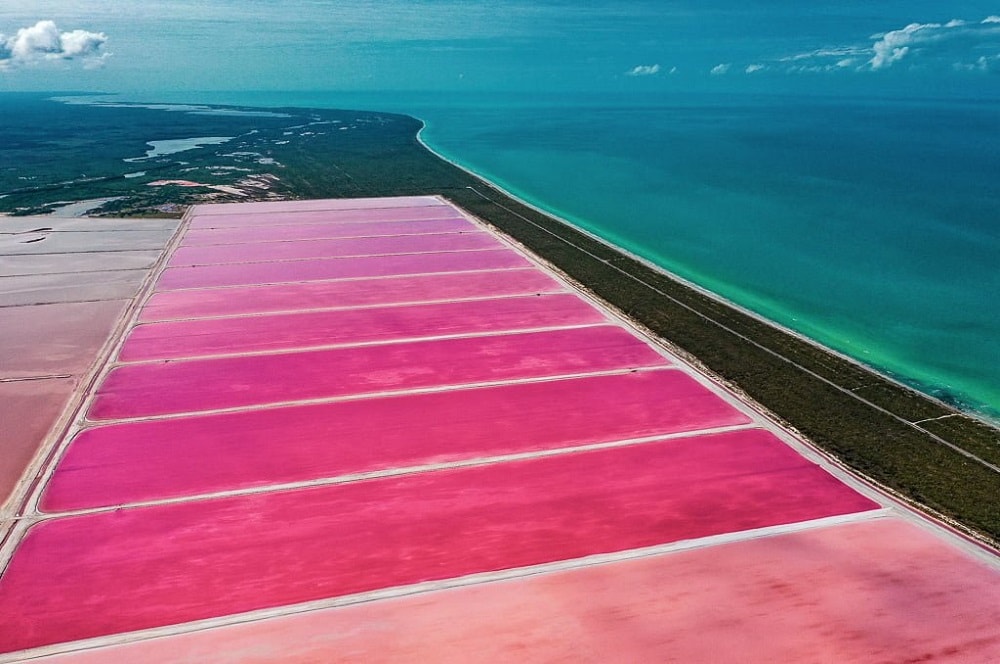 The area is part of the Ría Lagartos Biosphere Reserve, a protected wetland that is home to animals such as flamingos, crocodiles, sea turtles, jaguars, and all kinds of seabirds. The reserve is about 150,000 acres.

The yeasts used this area for salt production. Salt production has continued since those days. It may not be difficult in today’s conditions but how did the Mayans produce salt? Salty ocean water from nearby mangroves overflows into harsh flat salt flats, forming hard lagoons. The sun then slowly evaporates this water and only fresh sea salt remains. 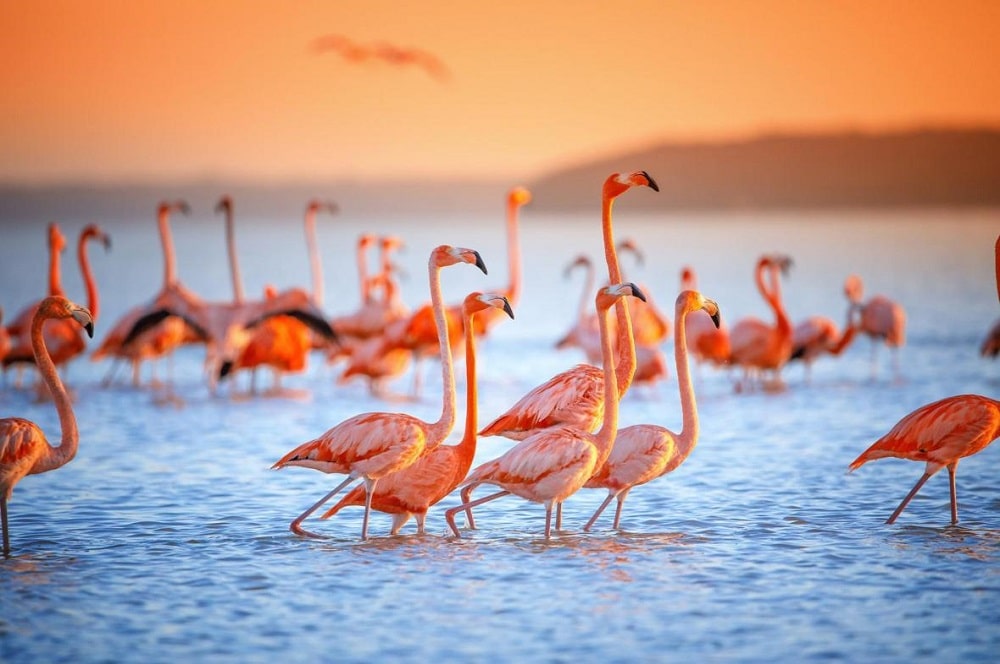 The vibrant pink color of these lakes is due to the red-colored algae, plankton, and saltwater shrimp that grow in the salty environment. As the water evaporates, these organisms glow in the bright Mexican sun. The reason flamingos are pink is because they eat these pink plankton. Normally their fur is white, but after eating this plankton they change color. 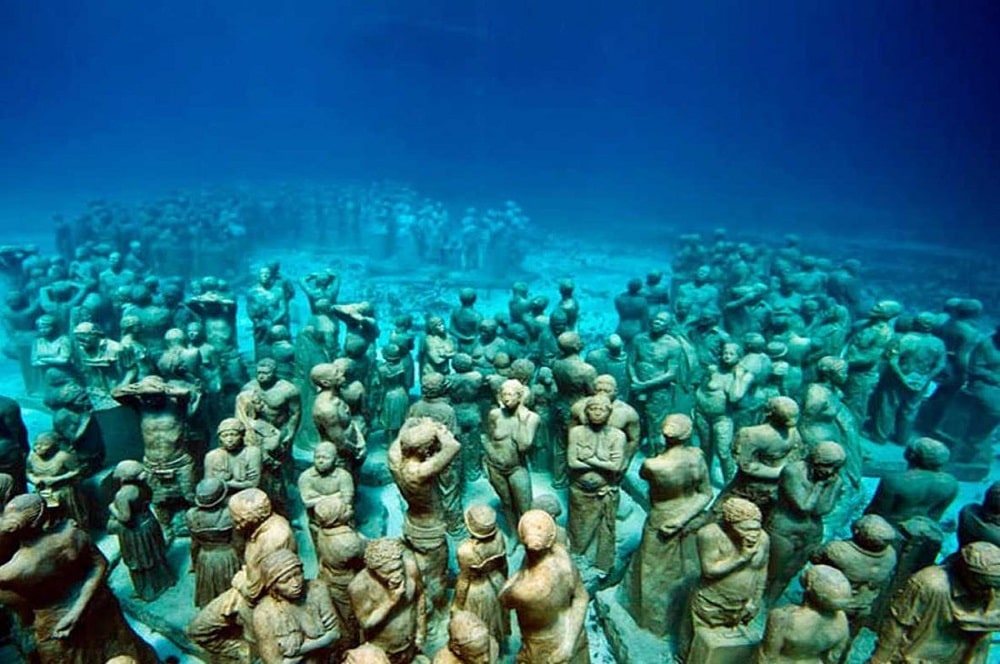 In 2009, a monumental underwater contemporary art museum called MUSA (Museo Subacuático de Arte) was established in the waters surrounding Cancun, Isla Mujeres and Punta Nizuc.British sculptor Jason deCaires Taylor was commissioned to create the artworks for this unique museum. Today, MUSA consists of more than 500 permanent and monumental sculptures and is one of the world’s largest and most ambitious underwater artificial art attractions. 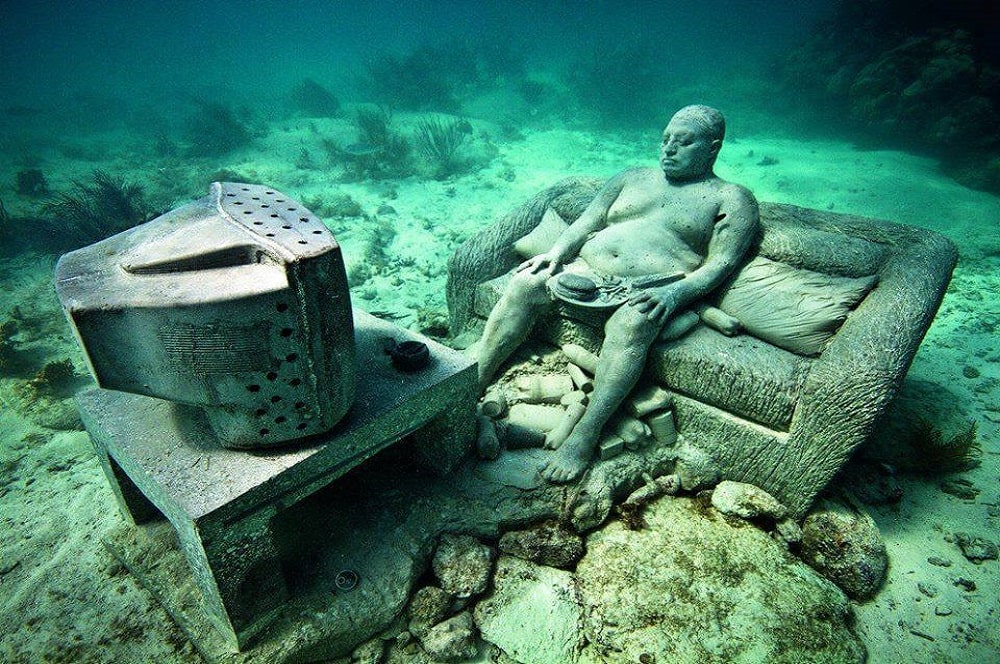 The museum aims to show the interaction between art and environmental science. All sculptures are fixed to the seabed and made from special materials used to support coral life. In other words, each statue underwater will turn into a coral reef over time and will increase the underwater life. In addition, since the sculptures were made, the number of dives on natural reefs has been decreasing, thus reducing the damage to natural areas. 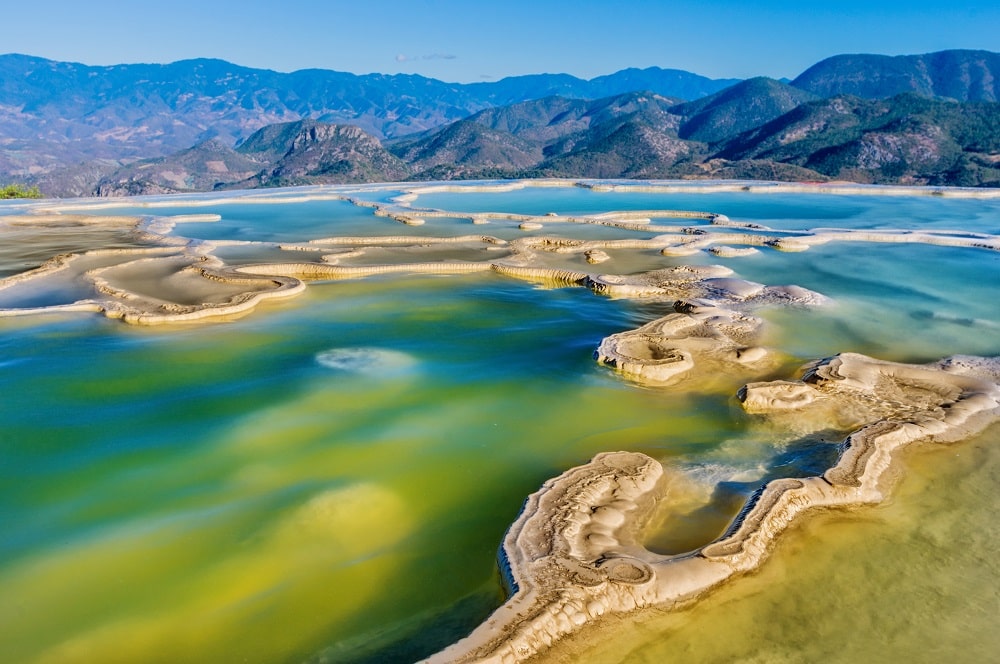 Hierve el Agua is a set of natural rock formations in the Mexican state of Oaxaca that resemble cascades of water. The site is located about 70 km east of Oaxaca city, past Mitla, in the municipality of San Lorenzo Albarradas, with a narrow, winding unpaved road leading to the site. 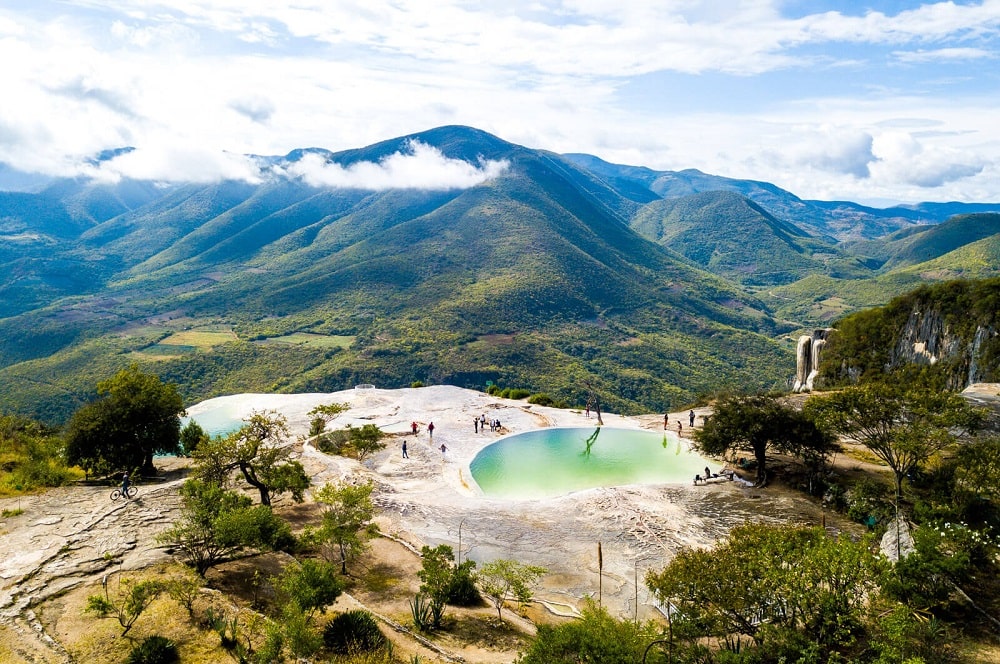 Pamukkale, which is a very rare formation, is called the only one in the world by many people, but it is actually misunderstood. Hierve el Agua in the Mexican state of Oaxaca is the only proof that it can be found elsewhere in the world. At the edge of the cliff are two mineral pools containing calcium carbonate, magnesium, and only sulfur. They are not hot but perfect for swimming on a hot day.

There are much fewer pools compared to Pamukkale, but when you go down to the bottom of the waterfall and raise your head, you will see how imposing it is.

*** You may be interested in; 11 Great Places to Visit in Pamukkale