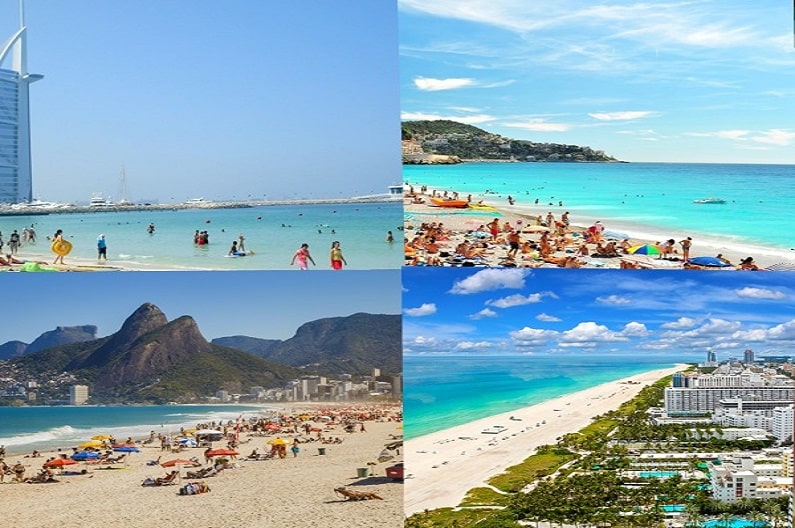 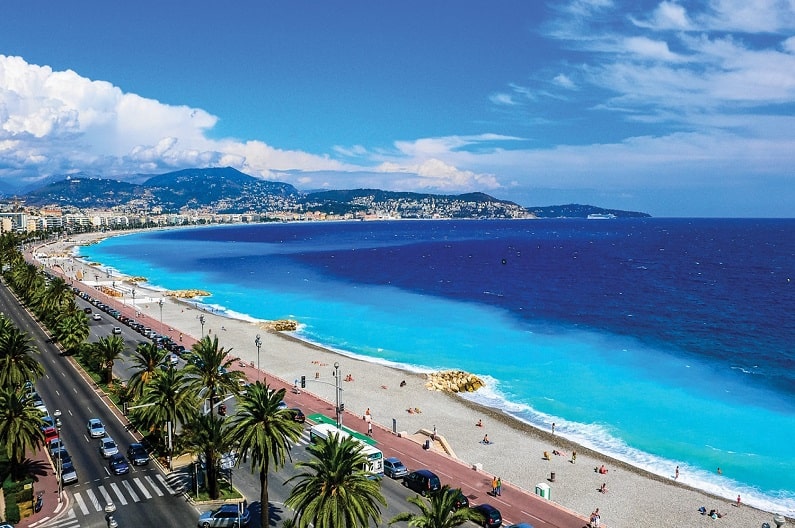 Located in the south of France, Nice is one of Europe’s most popular holiday destinations. Europe’s elite has been spending summer in Nice for almost a hundred years.There are about thirty beaches in Nice. Some of these beaches are open to the public and can be used for free. You have to pay a fee to enter the beaches of beach clubs and hotels. 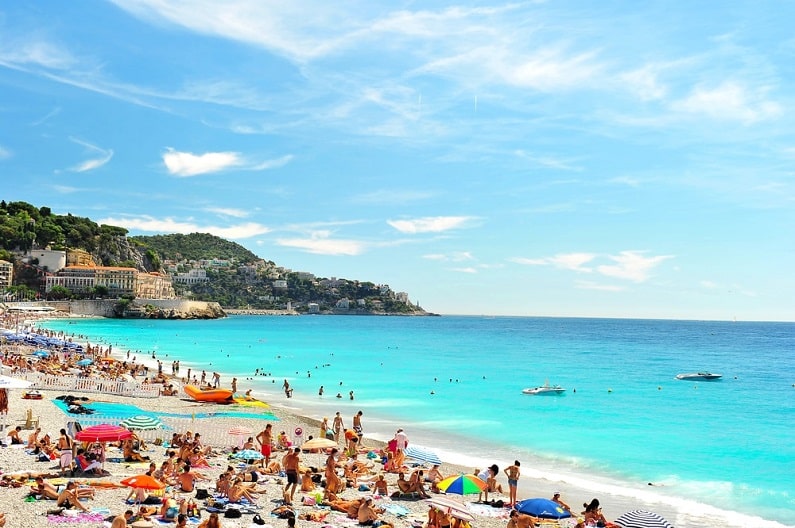 Nice is one of the most beautiful cities in France. So if you are interested not only in swimming but also in spending time in a beautiful city during your holiday, Nice city has a lot to offer you.Nice is a historical city. Kent, BC. It was founded in 350 by the Greeks immigrating from Foca. Having a strategic importance due to its location, Nice has hosted different civilizations throughout history. 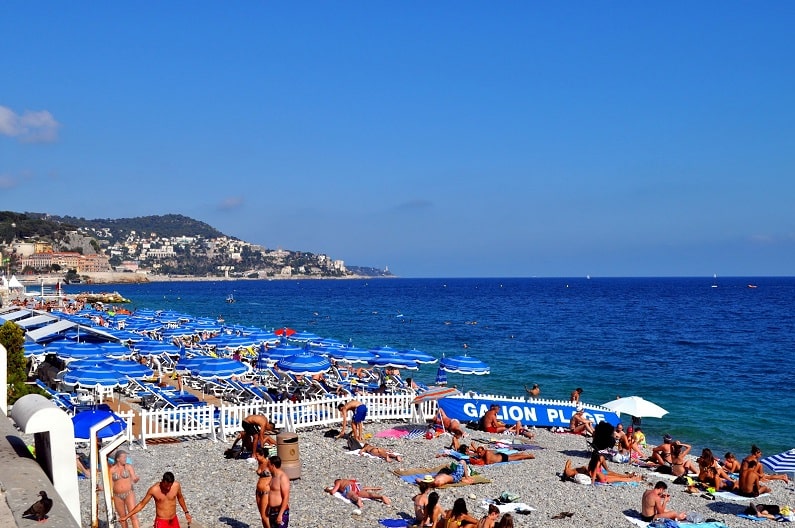 Towards the end of the 19th century, Nice began to become a holiday destination for European aristocrats. Nobles from different countries of Europe spent a few months of the year in Nice. It is possible to observe the traces of this period, which marks the beginning of the golden ages of Nice in the city.

*** You may be interested; 15 Top-Rated Tourist Attractions in France 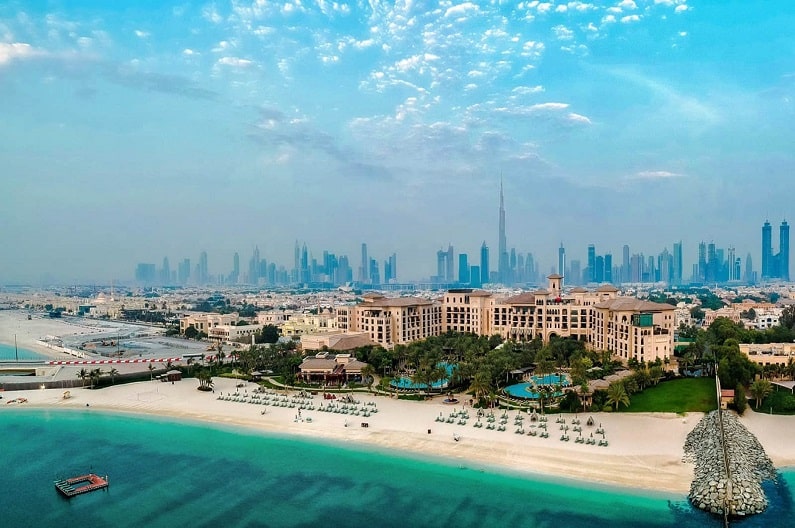 Dubai has become one of the most popular tourism destinations not only in the Middle East but all over the world in recent years. The biggest reason why the city has become so popular is that the city offers its visitors a holiday experience that they cannot have anywhere else in the world. 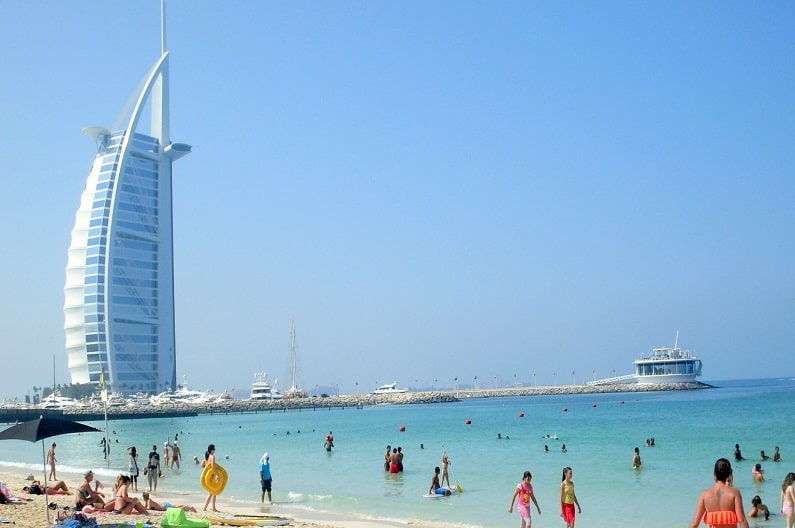 This place is quite different from other cities in our list of the most beautiful beach cities in the world. All of the other cities on our list are cities built on natural beauties. Dubai, on the other hand, is a city built despite natural conditions.The city has a highly diverse population due to the rise in tourism and business in recent years. Therefore, it is possible to hear many languages ​​at the same time while wandering the streets of Dubai. 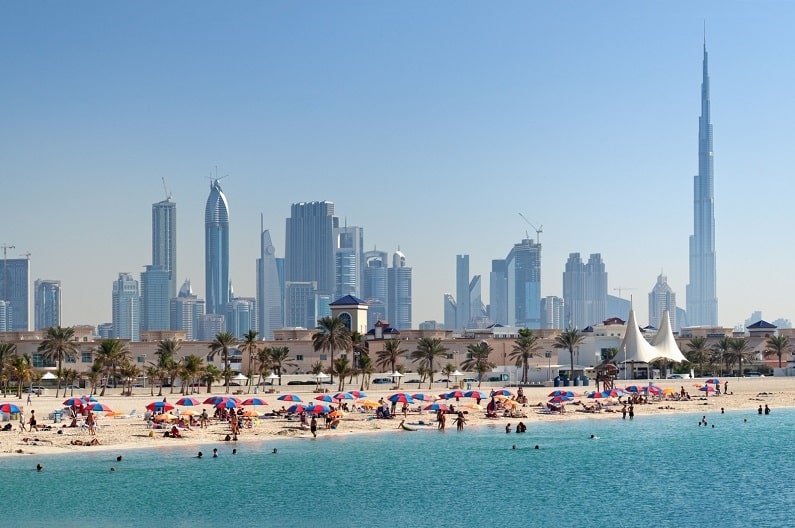 The most important feature that distinguishes Dubai from other cities is that the city is almost entirely built by man. Thanks to the wealth brought by oil and the vision of local governments, Dubai has turned into one of the most luxurious cities in the world. 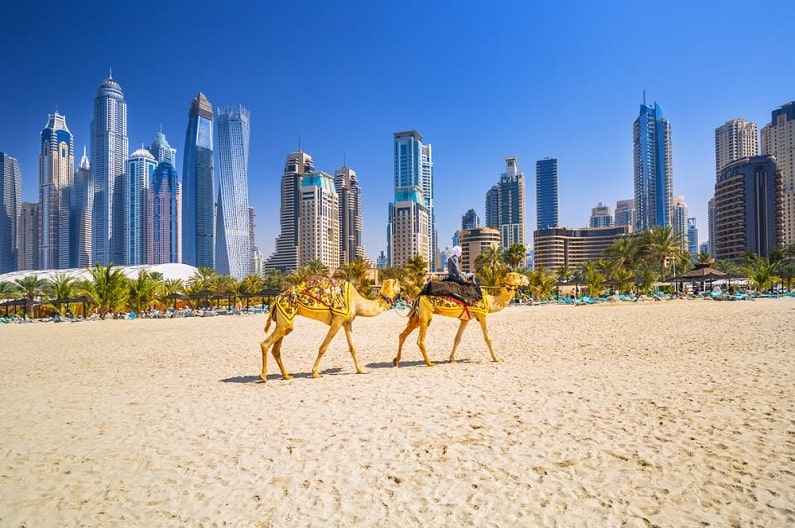 The luxury understanding of the city is one of the values ​​unique to the city. Things that can be considered extreme in other cities can be perceived as normal in Dubai. The world’s most luxurious hotels, largest shopping malls and most expensive cars are in Dubai.There are many public and private beaches in Dubai. The pools of the city’s world-famous hotels are as famous as the beaches in the city. 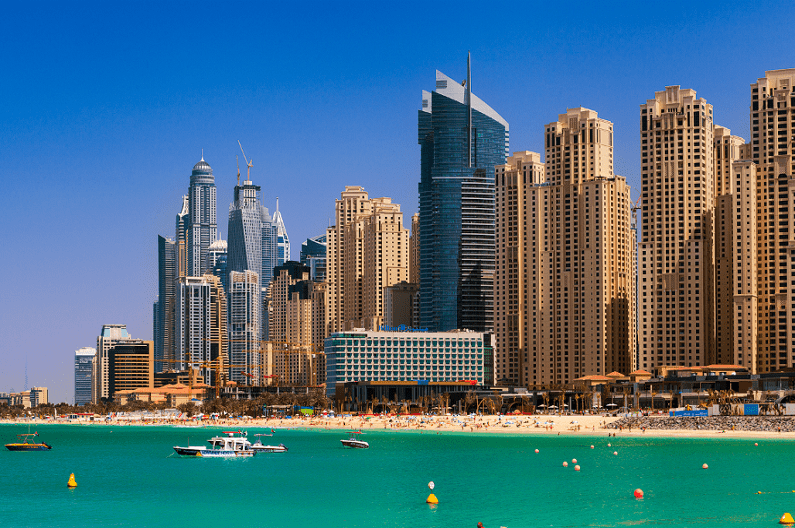 Among the most beautiful beach cities in the world, the most famous beach in the city is Sunset Beach. The photos of the Burj Al Arab hotel, which we often see when we write about Dubai on the internet, are mostly taken from this beach. As the name suggests, the best time to visit this beach is at sunset time.

*** You may be interested; The 5 Most Famous Shopping Malls in Dubai 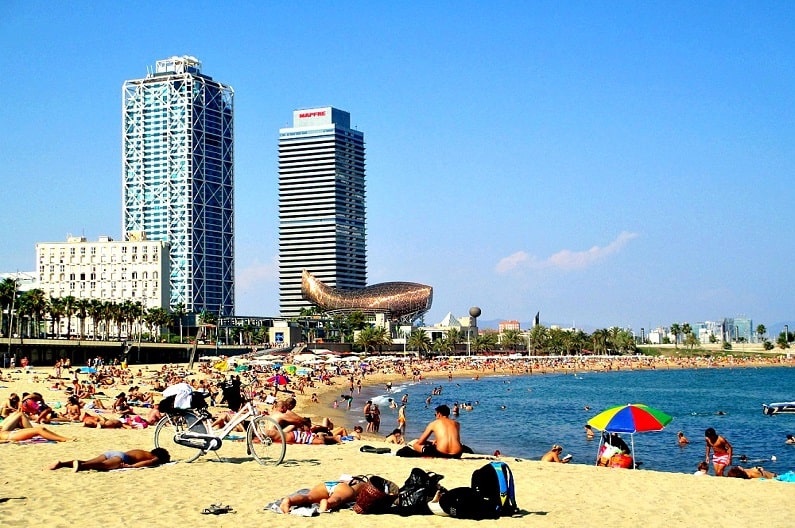 Barcelona, ​​Spain’s largest city after the capital Madrid, is among the most beautiful beach cities in the world with its nearly 5-kilometer-long beach and unique urban culture.Barcelona, ​​the center of the Catalonia region in Spanish territory, is Spain’s largest industrial city. However, unlike other industrial cities, Barcelona has managed to have a unique atmosphere by blending its traditional identity with the benefits of modern life. 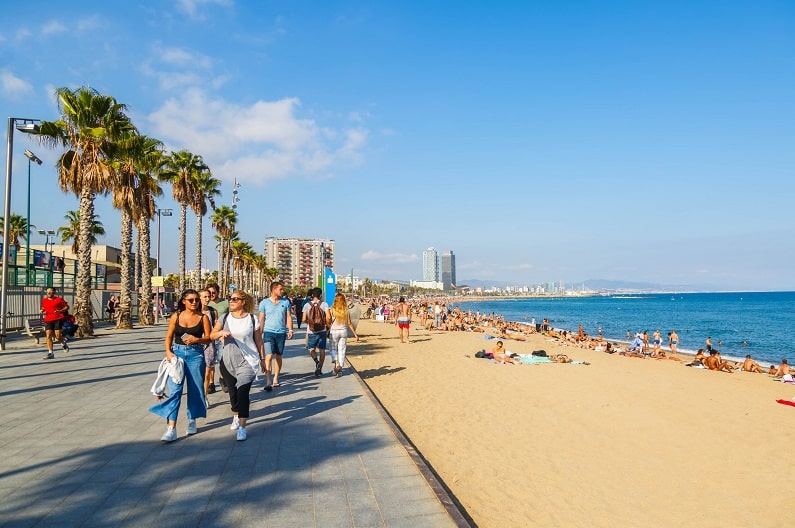 Almost 10 million tourists visit Barcelona every year. The reason why the city is one of the most important tourism cities in the world is that the city can offer something to almost everyone. Whether you’re interested in art, history, gastronomy or football, you’ll find something interesting in Barcelona. Barcelona offers many options to its visitors with its beaches. In these beaches, which are in the city center or very close to the city center, the sea season generally lasts from mid-May to early November. 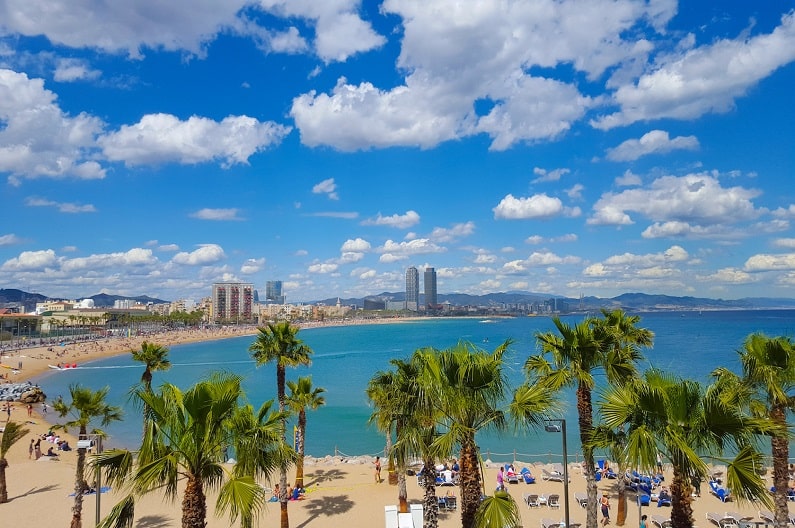 Barceloneta beach is the best known beach in the city. This beach, which is very popular with both Barcelonians and tourists visiting Barcelona, ​​is crowded almost every day. If you want to relax on a quieter beach after seeing Barceloneta and having enough fun, Ocata beach is the place to go. On Ocata beach, which is about half an hour away from Barcelona city center, it is possible to find a place where you can lay your towel and enjoy yourself even on the hottest days of summer. 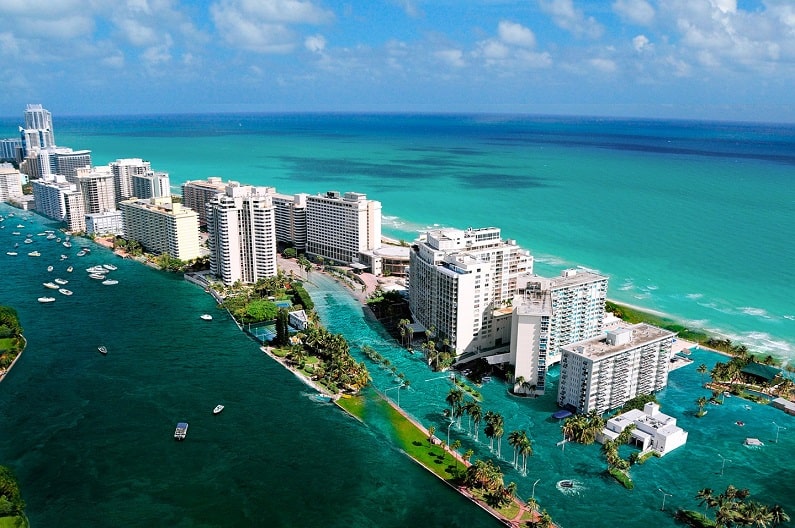 Beaches in Miami are part of the city’s lifestyle. That’s why millions of Americans and tourists from other countries visit Mimami every year.One of the most beautiful beach cities in the world, Miami is located in the south of the USA. Miami, the capital of the state of Florida, is not only a beach city, but also an important city for the business world. That’s why it’s possible to see two people in suits and swimsuits side by side on the streets of Miami. 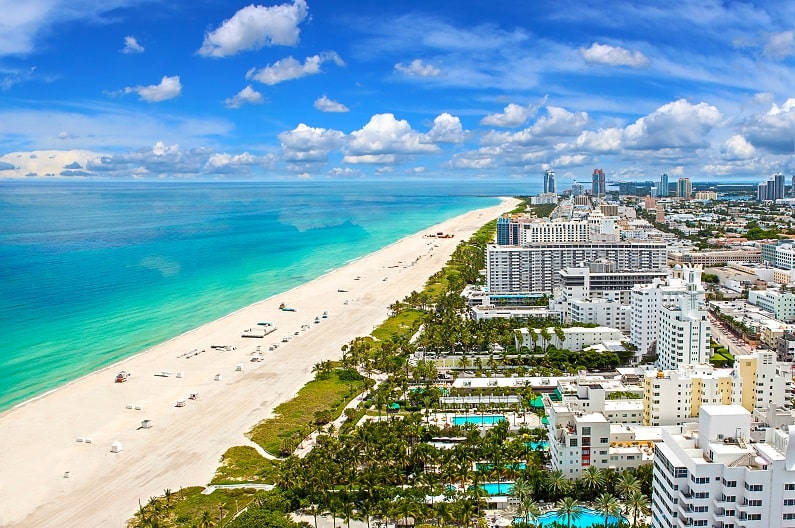 The best thing about Miami’s beaches is that all beaches are open to the public and free. Beaches where you can swim in Lummus Park Beach, South Pointe Park Pier and Surfside Miami. 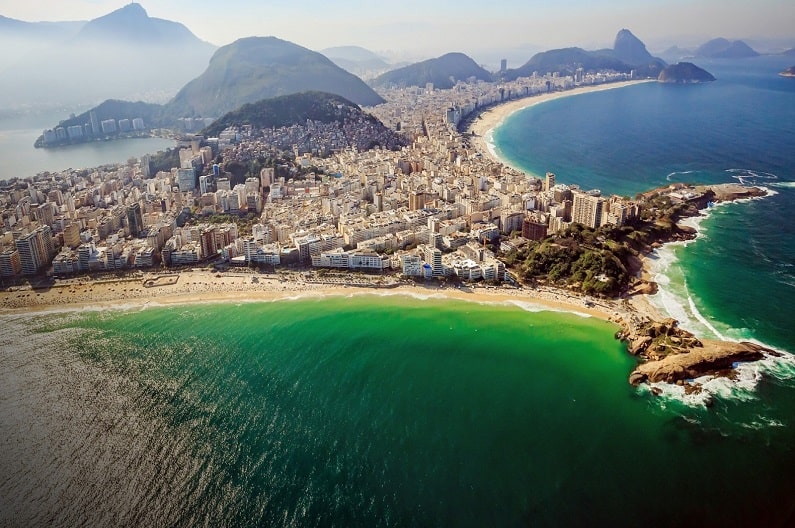 Rio de Janeiro has the most famous beaches among the most beautiful beach cities in the world. It is impossible to think of Rio apart from its carnival and beaches.Rio de Janeiro is the second largest city in Brazil. Ethnic diversity, which can be observed in almost all of Brazil, also colors Rio de Janeiro. When the tourists visiting Rio are added to this ethnic diversity, an interesting view emerges. 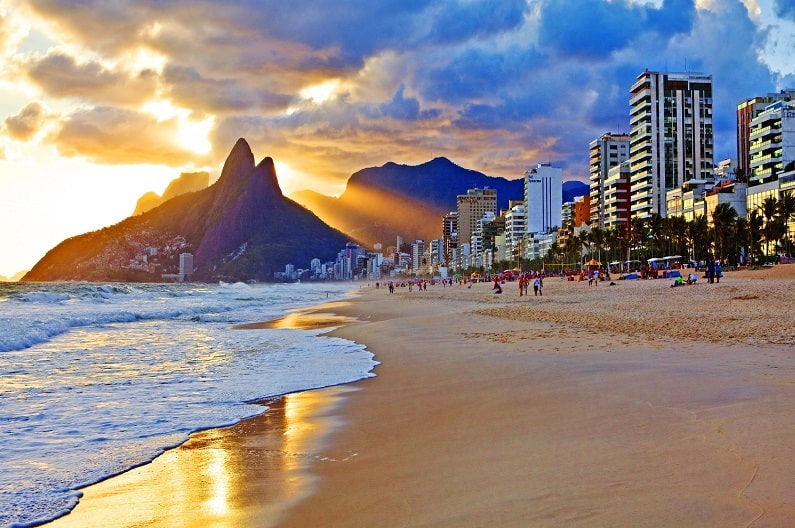 Beaches are an integral part of Rio de Janeiro. World-famous beaches such as Ipanema and Copacabana are among the most important tourist landmarks of Rio. Thanks to these beaches, Rio is among the most beautiful beach cities in the world. 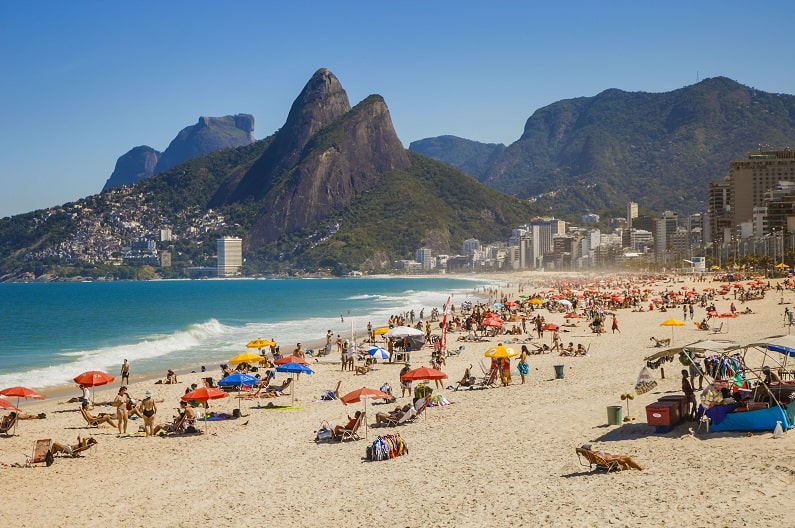 Ipanema beach, in the shadow of Dois Irmaos hills, is a place where different social groups come together, which is calmer than the other famous beach of the city, Copacabana. Before you settle on the beach, take a short walk on the beach and choose the one closest to you among all these groups of people. 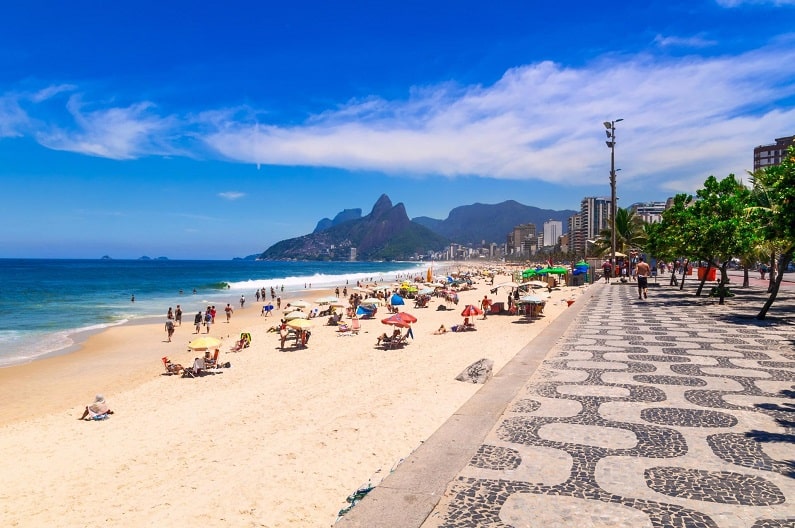 Copacabana beach is Rio de Janeiro’s most famous beach. This five-kilometer-long beach is crowded almost every day of the sea season. Copacabana is worth seeing even though it is crowded. Because this is one of the heartbeats of Rio’s entertainment life.

The beach turns into one of the wildest places in the world, especially with the parties held on New Year’s Eve and Rio Carnival days. If you are going to be in Rio during one of these periods, you should attend one of the parties in Copacabana.