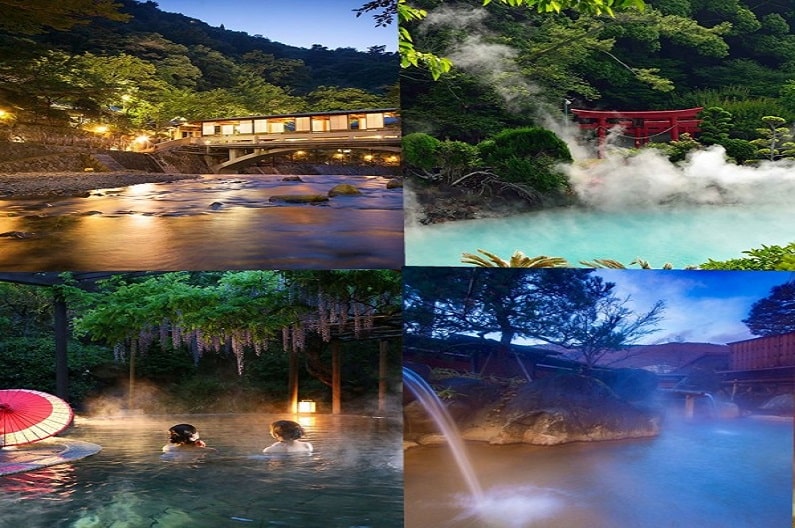 Just as sushi and geisha are important to Japanese culture, onsen, or Japanese hot springs, are as famous, popular, and even indispensable. In Japan, which is extremely rich in terms of hot and healing water resources, people visit the hot springs periodically and make a health cure today, as they did hundreds of years ago.

The water temperature of these hot springs can be quite variable. The coldest onsen water in the country is 25 degrees, while the hottest is hot enough to boil an egg (and therefore impossible to get into).

The onsen which can be indoor or outdoor, are normally part of traditional Japanese guest houses called ryokans, where you sleep on tatami mats. Therefore, although only the hot springs can be used in these facilities, the most complete experience can be experienced during the stays where the night is spent in the ryokan.

Among the thousands of thermal springs across the country, some of them stand out in terms of their history, natural environment, and quality of water. We have prepared 5 of the best onsen in Japan for you.

*** You may be interested in; The Most Beautiful Tourist Attractions In Japan 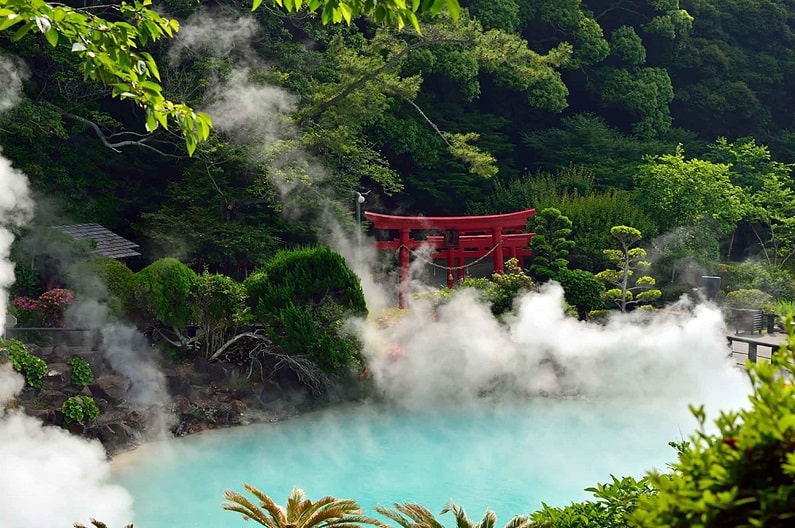 Beppu Onsen, the largest hot spring in Japan, is also the second in the world (First in Yellowstone National Park in the USA). Wherever you look in the village of Hot Spring, you see steam rising from the earth or from the onsen houses. 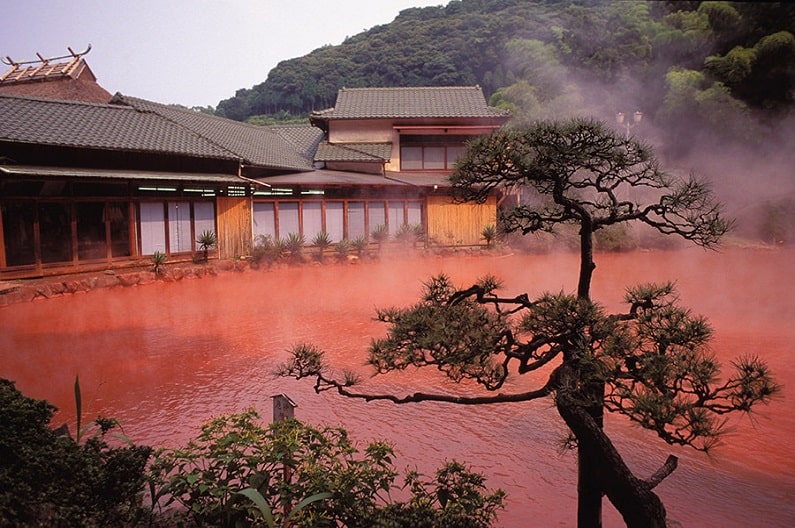 There are also mud and sand bath facilities in the village, where there are eight different thermal springs. If you join the Beppu Hell tour, you will visit all the hot springs called “eight hells” (Jigoku) because they are very hot. The water temperature, which can reach 150 degrees at the boiling point, drops until it reaches the pools.

*** You may be interested in; 10 Interesting Facts About Japan You Should Know 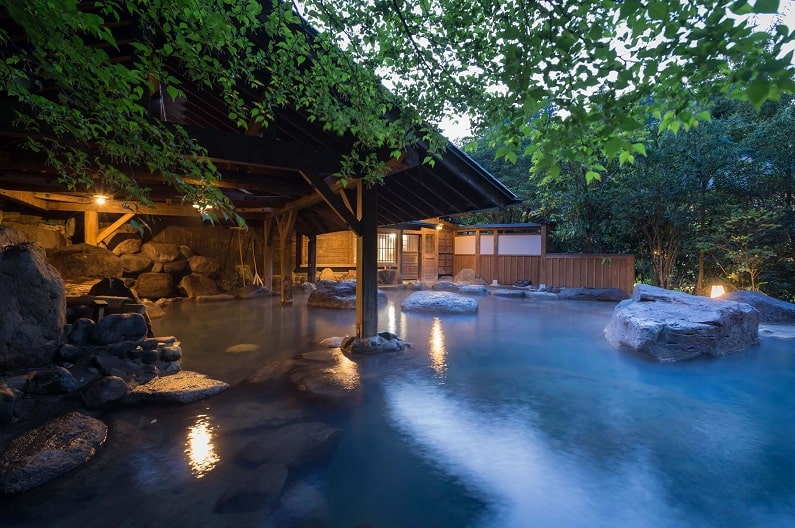 Perhaps the cutest hot spring in Japan might be Kurokawa Onsen in Kyushu province. It is also possible to take a Rotemburo Meguri, or open-air spa tour, in the spa village between Mount Kuju and Mount Aso. 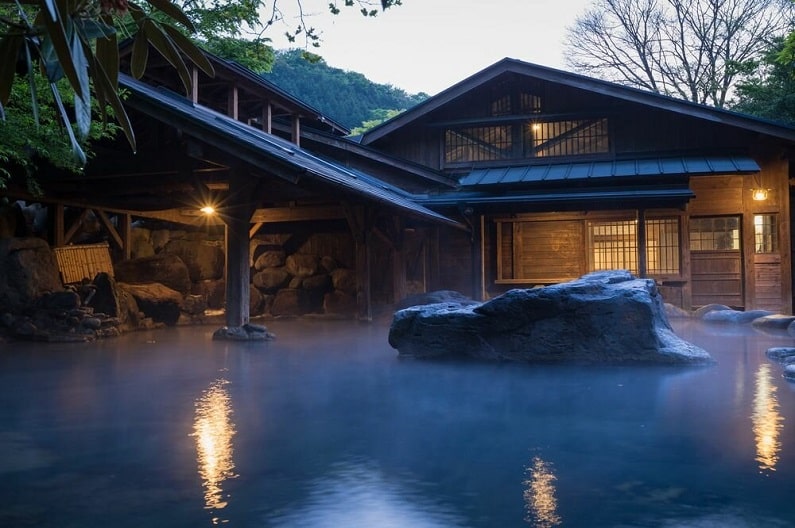 With a regatta (wooden pass card) you will buy for this, you can enter 20 different ryokans in the village and benefit from its healing waters. Moreover, most of the onsens you will visit are located on the banks of the river that runs through the middle of the village and offer incredible views. 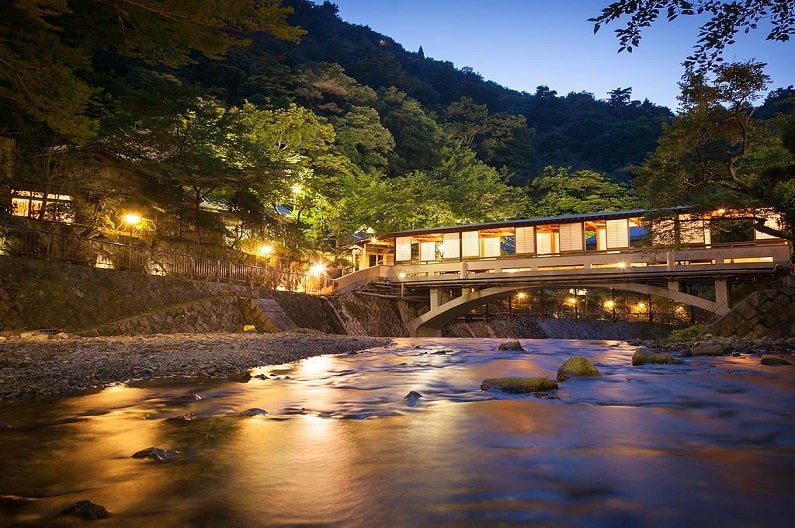 Arima Onsen is a postcard spa village with winding streets, traditional wooden houses, and shops. The healing waters of onsen, which can be reached by a one-hour train ride from Kyoto, have been famous since the 7th century. 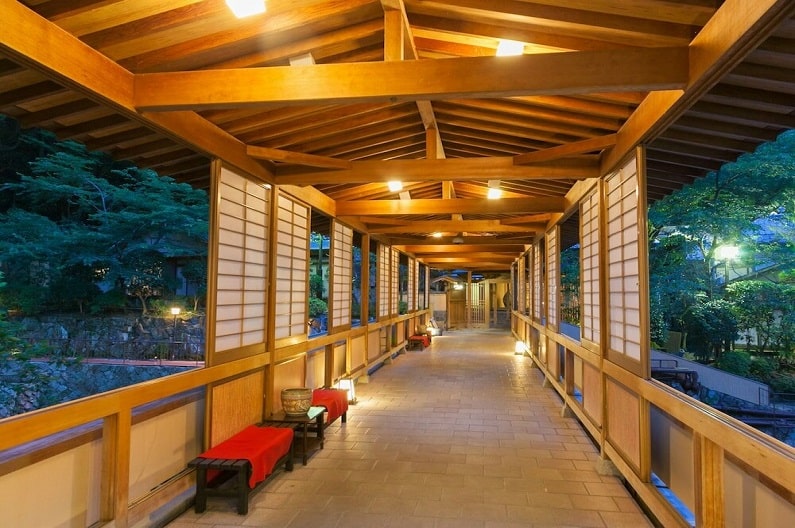 *** You may be interested in; Explore 10 Must-See Places in Tokyo with Photos 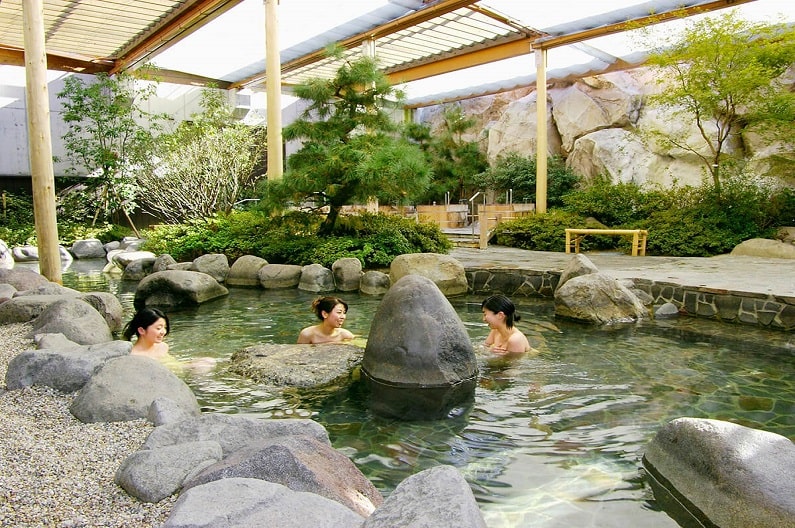 In the heart of the Japanese Alps, there are five onsen villages with interesting characters and different hot spring waters: Shin-Hotaka, Tochio, Shin-Hirayu, Fukuchi, and Hirayu. The oldest village among them is Hirayu, about 1250 meters above sea level. 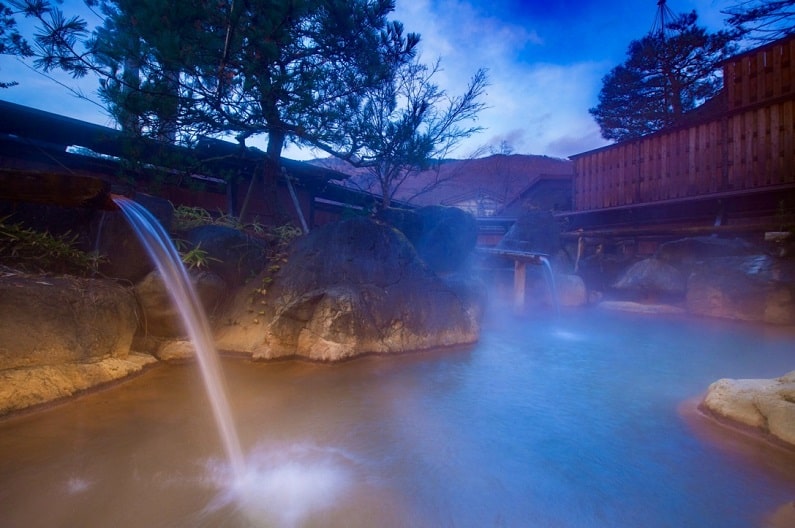 According to rumors, a group of soldiers was poisoned by poisonous gases and when they were about to lose themselves, a white monkey guided them to the Hirayu hot springs. As soon as the soldiers entered the spa, of course, they immediately recovered. 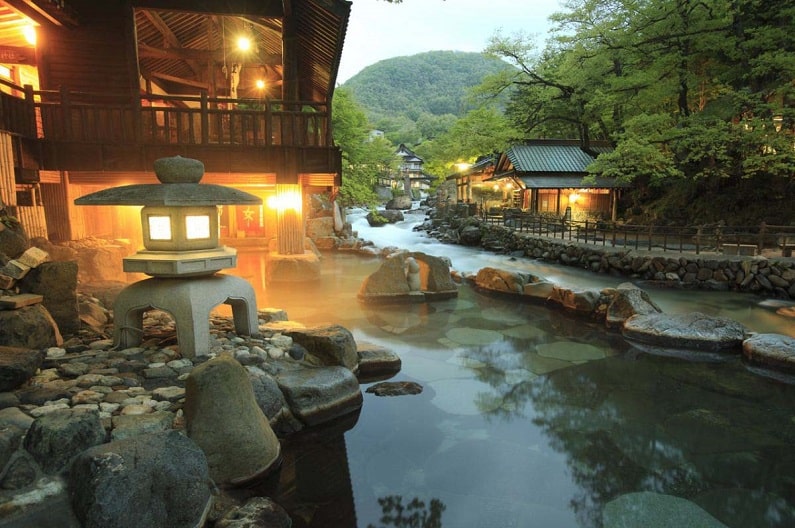 This onsen, which has the largest outdoor natural pool in Japan, is 2.5 kilometers away from Tokyo. Takaragawa Onsen, where you can watch the magnificent mountain view while listening to the sound of a mini tea flowing into the pool with a soothing murmur, has not yet been invaded by tourists. 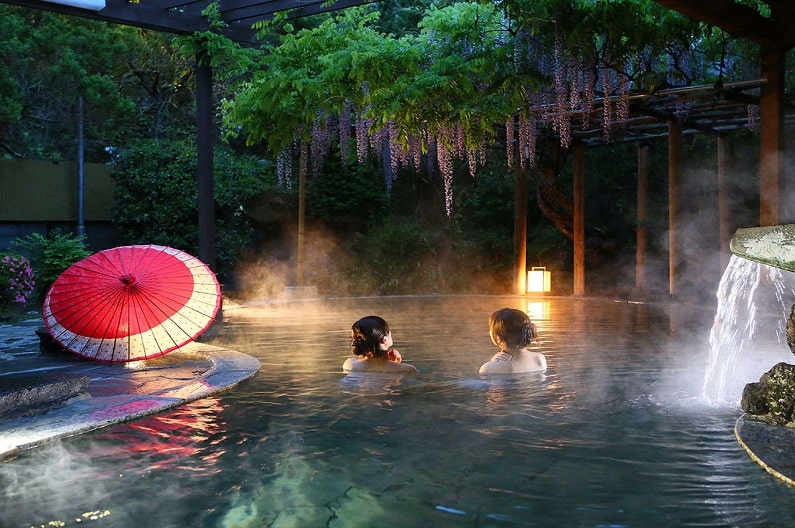 In the spa, where men and women can be used together, there is also a separate section for women who want to enjoy themselves away from men.