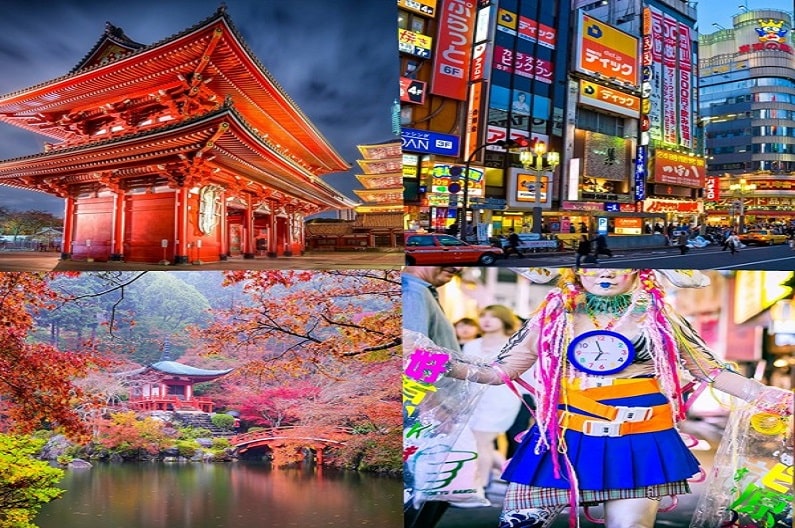 Tokyo is a pure source of adrenaline with its post-modern skyscrapers, unique dining venues, and crazy nightlife. Although this vast and versatile city is famous for its contemporary face, its historical Buddhist temples, classic teahouses, and peaceful gardens; It offers a serene getaway and a poignant reminder of the city’s long history.

Lesser-known venues, shopping streets, record bars, and the smaller pleasures Tokyo has to offer are only found by those who know where to look. Tokyo promises a fascinating city tour with its giant streets illuminated by neon lights, huge parks where you can admire its colors, historical buildings, and polite people. Explore with photos of 10 must-see places in this interesting Far-Eastern city. 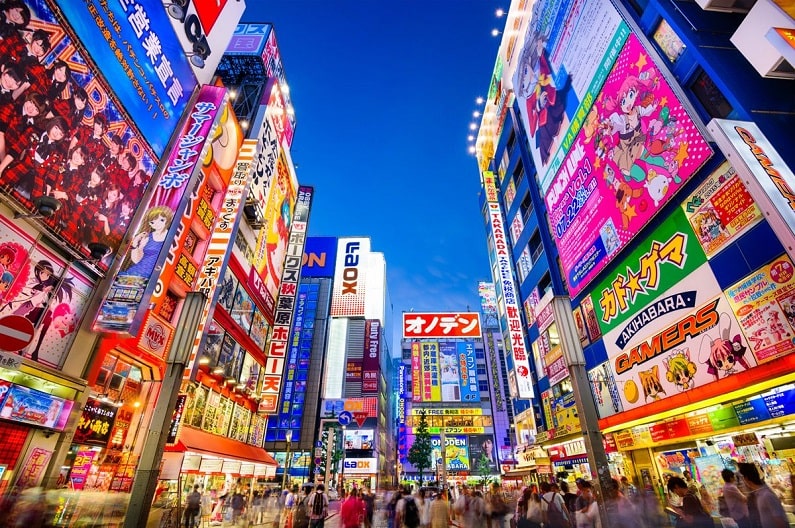 Shinjuku, one of the 23 centers of Tokyo in Japan, is a very crowded settlement that evokes entertainment, shopping, and business. In the city, which has the busiest railway and metro network with almost four million passengers every day, the ‘station’ is the center of the district and everything is lined up around it. 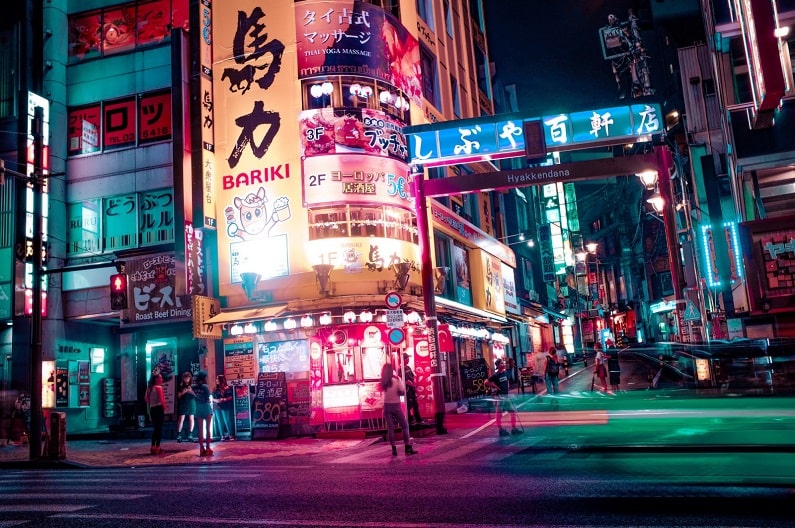 On the west side of the station, the area with the skyscrapers of the city, famous hotels and government institutions, and the twin towers, which are considered the symbols of the district, are located in this region. Constantly flashing bright neon lights and large plasma televisions installed in the buildings form the developed metropolitan landscape of this part of the county. It is located in Kabukicho, which is called Tokyo’s largest red-light district. 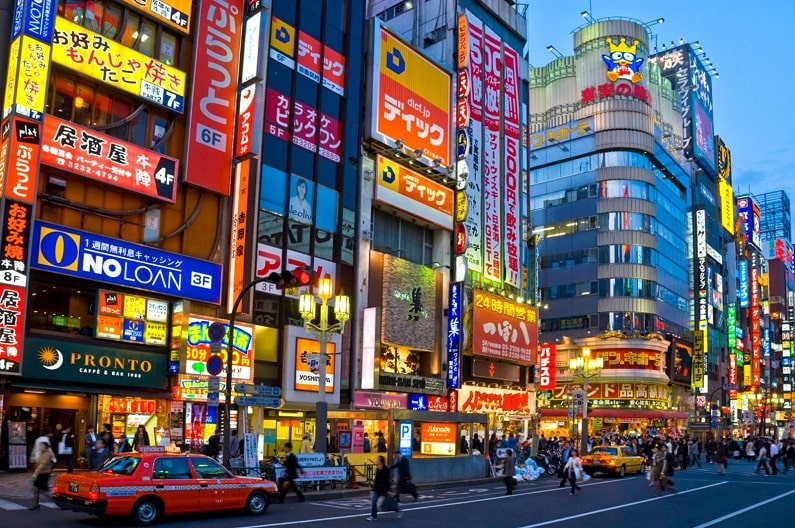 On the south side of the station, there are famous stores, underground shopping centers, and large shopping malls selling electronics. There are also electronic stalls where you can bargain and shop, and you can find the latest technological products. Shinjuku is the center of Tokyo’s colorful culture and continues to develop rapidly. Shinjuku Gyoen National Garden allows you to escape from the metropolitan air of the city and breathe fresh air among flower arches. 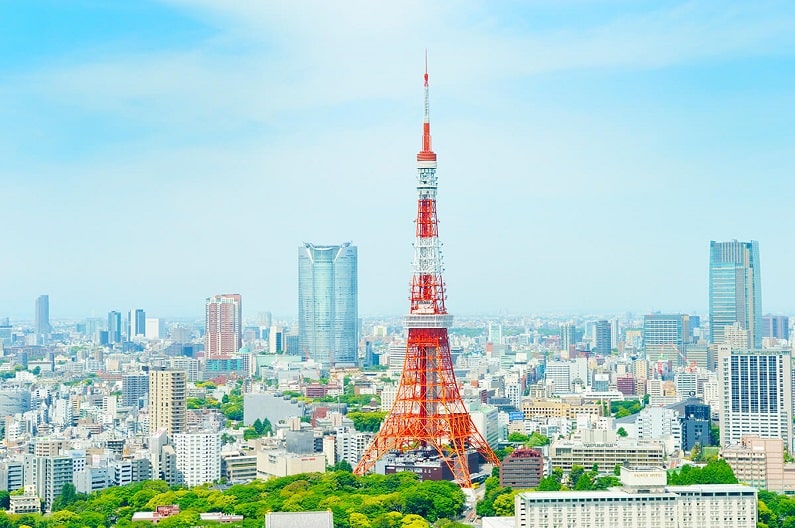 How very similar to the Eiffel Tower in Paris! Yes, Tokyo Tower, which is 13 meters higher than the Eiffel Tower, was built in 1958 to symbolize the economic power of post-war Japan. 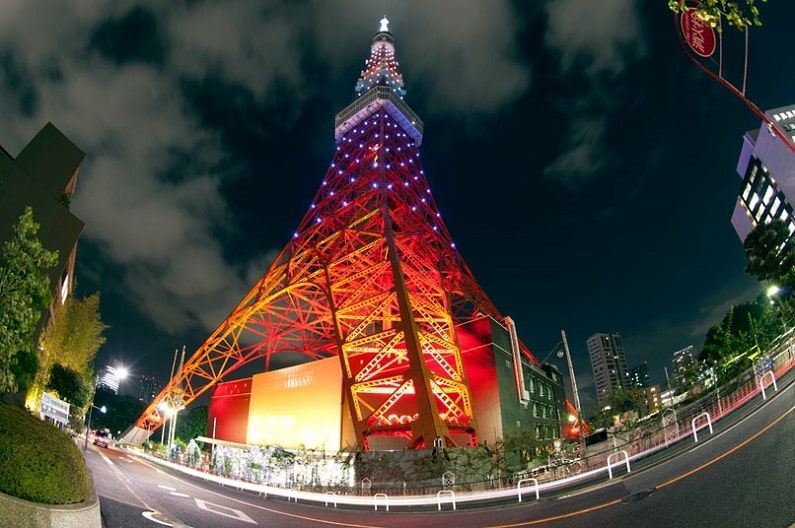 If you want to watch the view of Tokyo from 333 meters, Tokyo Tower, the second tallest building in the city, is just for you. Higher is the Tokyo Skytree, built-in 2012. 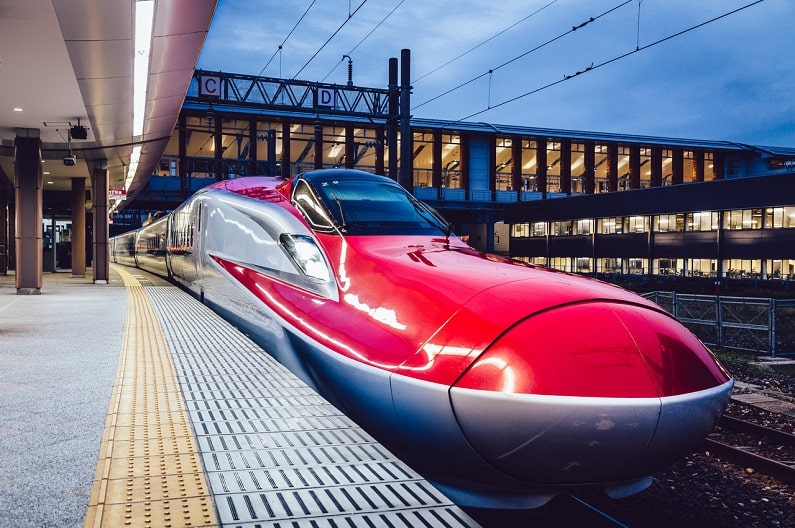 Shinkansens, or speed trains, are Japan’s high-speed technological trains capable of speeds up to 320 km, running on the network that connects Tokyo with the country’s main cities. The trains, which leave just in time or even in seconds, offer comfortable travel with their seats all facing the direction of the going and very quiet wagons, are both very fast and affordable. 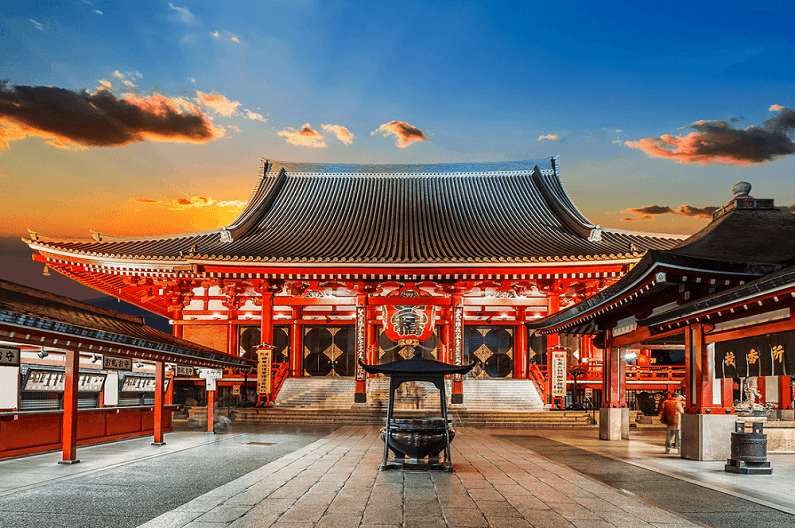 Sensō-Ji is one of the most important Buddhist temples in Tokyo, the capital city of Japan. The temple is located in Asakusa and is the oldest temple in Tokyo. Sensoji Temple with its market street, huge entrance gate, and colorful architecture… It is visited by many tourists during the day. Legends tell that the temple, which is known to have been completed in 645, was built by two brothers living at that time. 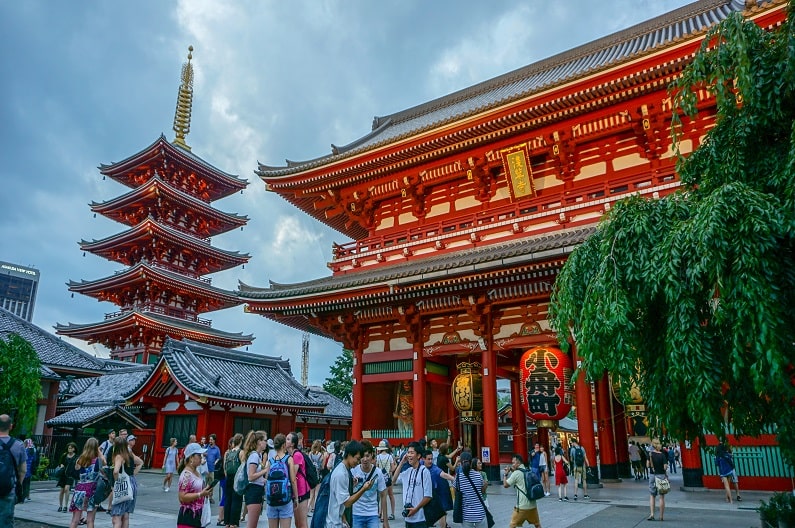 Legend has it that the two brothers caught the statue of the goddess of mercy Kannon while fishing in the Sumida River in the region and threw it into the river. But each time the statue came out of the river and came to them. Thereupon, the brothers built the Sensoji Temple in the name of the goddess Kannon, whose holiness they wanted to honor. 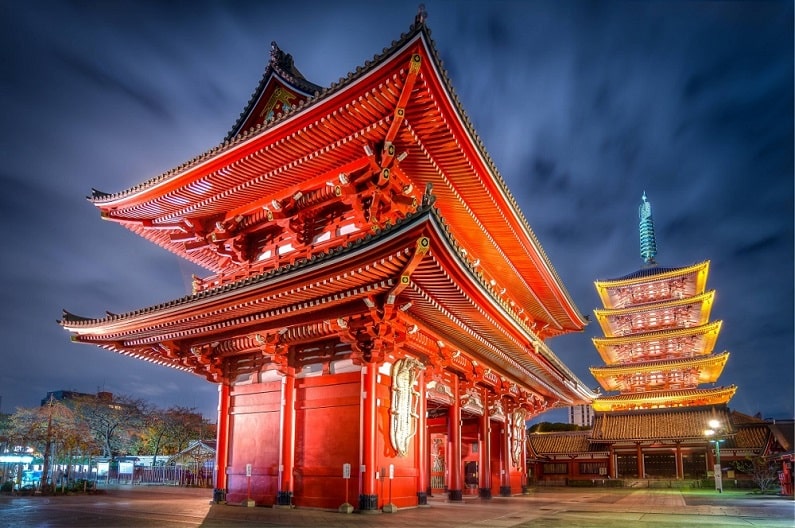 Visitors to the temple first greet the huge gate called “Kaminarimon”, which means “lightning gate”.There is a big red lantern hanging from the ceiling in front of the door, which fascinates those who see it with its elegant architecture. The giant lantern, which can be swayed with the help of four separate ropes around it, is the scene of colorful images in the evening.

The temple, which is very popular with local and foreign tourists, is also famous for its huge red paper Japanese lantern with Kaminarimon. 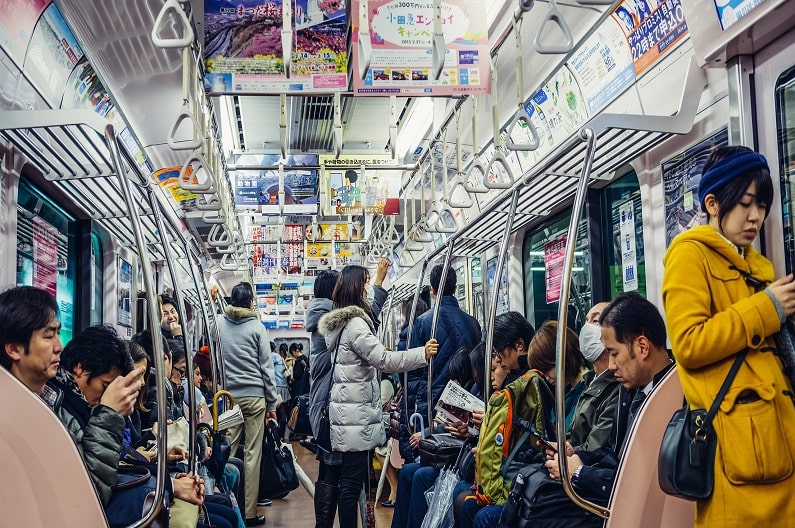 The Tokyo Metro, which carries 25 million people, is so busy that people get on the train like a hoard of fish. There are officers in charge of solving this, as the doors are closed and there is no vehicle left because of the people whose arms, legs, and bags are left outside.

Of course, the attendants who push people outside and their overflowing belongings have Japanese politeness. In addition, additional wagons, which only women can get on, have been considered for the comfort of the ladies during the busiest hours after work. 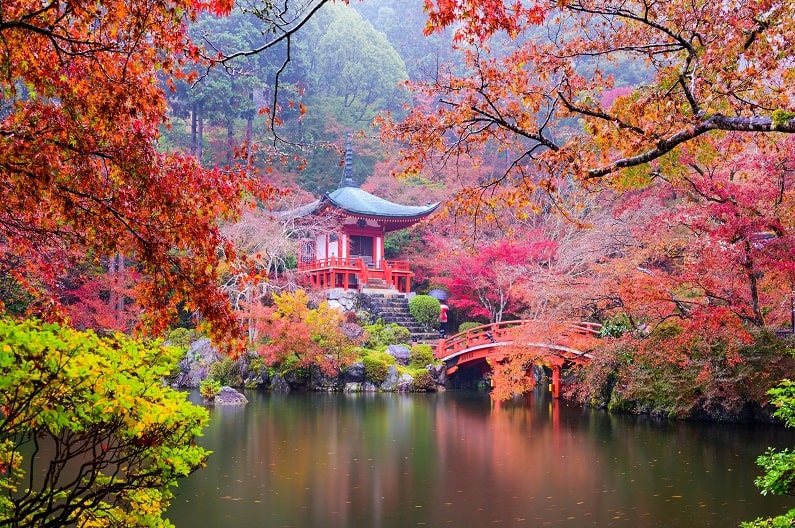 Daigo-Ji is a Shingon Buddhist temple with over 1100 years of history located in Kyoto, Japan. Founded in 874 by the Buddhist monk Shobo aka Rigen Daishi (832-909), Daigoji Temple is located in the Fushimi district and was established during the Heian period. 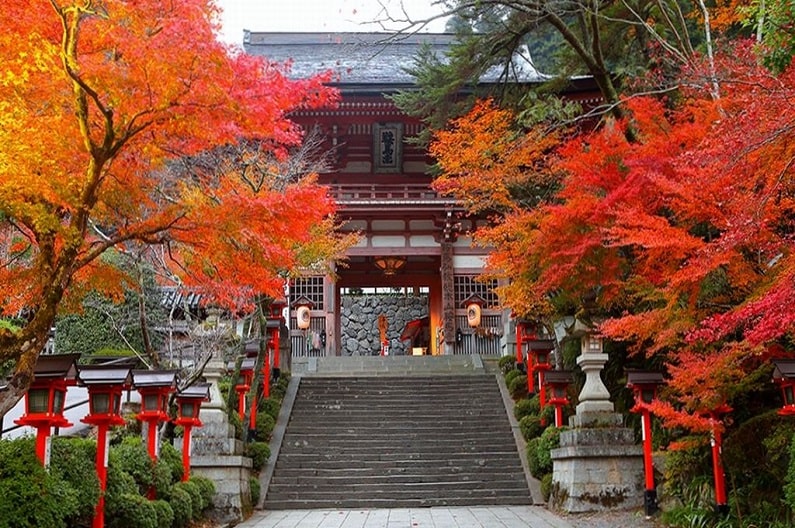 Shobo discovered a well there that contained “spiritual water.” Thanks to the financial and moral support of various emperors, the temple grew and prospered. Yakushi Hall was completed in 907, Sakyamuni Hall in 926, and a five-story pagoda in 951. Today Daigoji is a World Heritage Site primarily because of the treasures inside. 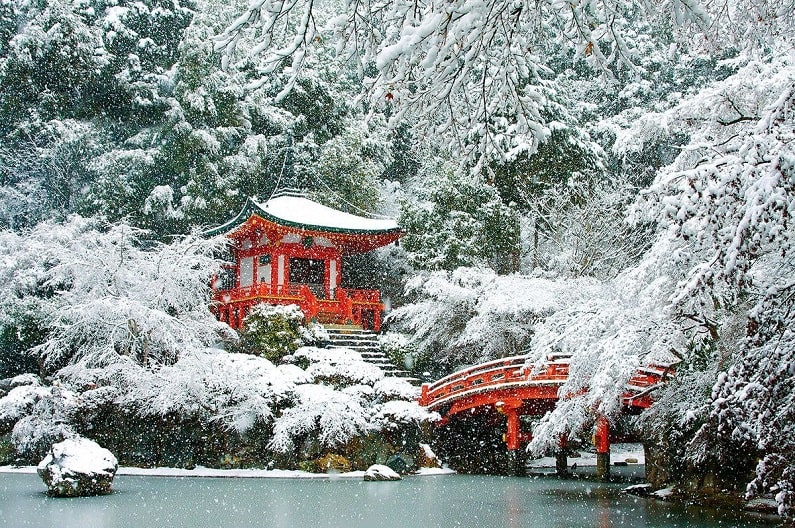 Daigoji is divided into two parts: kami and shimo, or upper and lower. Most visitors stay in the lower part where the most famous buildings and pagoda are located, but it’s also worthwhile to walk to Kami Daigo (about an hour) to admire the historic buildings in the peaceful setting of trees and bamboo groves. 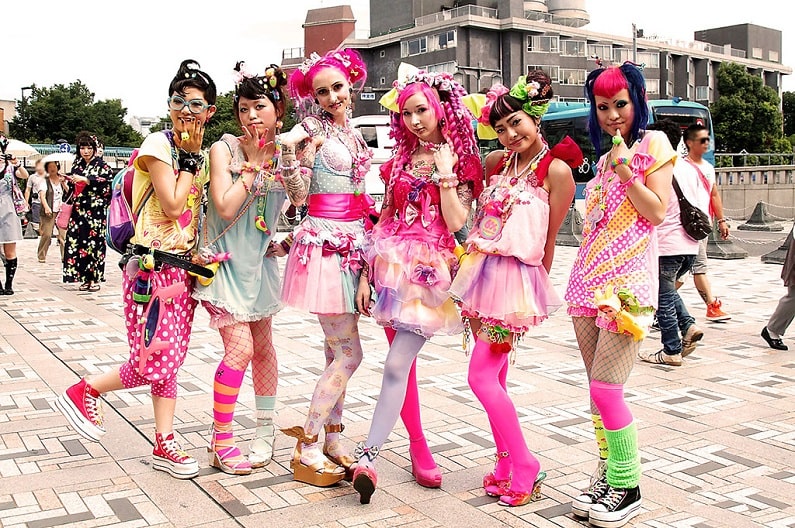 The fashion trend of Japanese youth, who first started in the Harajuku region of Tokyo, the capital of Japan, and has now spread all over the world, and dressed unusually incongruously. It owes its reputation to the extraordinary vintage clothing and cosplay shops of Takeshita Street and the more traditional and exclusive boutiques of Omotesando Boulevard. The district got its name from this trend or vice versa. 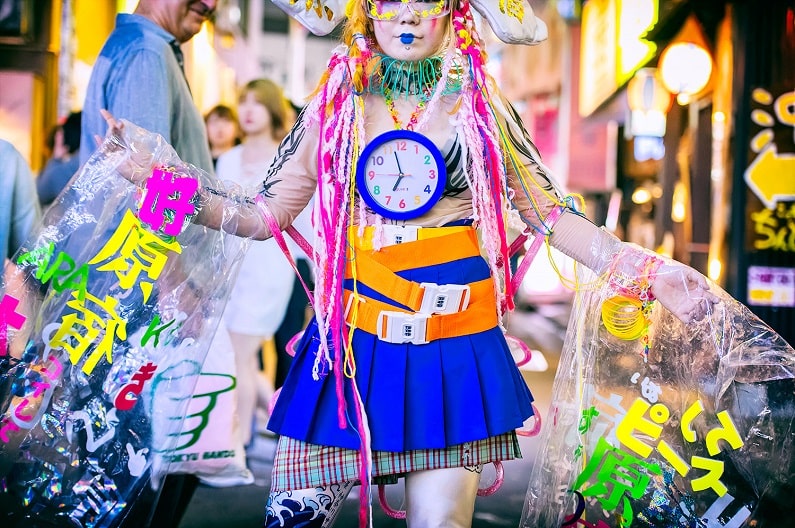 Harajuku is known for its vibrant street arts and fashion venues. The streets of the region are full of small bars and stylish cafes. The strangely dressed young people who frequent this place have started to be known by the name of the region over time. You can dress like them to avoid being a stranger.

*** You may be interested in; The 7 Fantastic Cities the Center of Fashion and Travel

Asahi Brewery’s head office, this building, which is one of the most interesting looking modern buildings in Tokyo, was not liked by the locals so much that the golden detail symbolizing the flame on it was called golden dung! By the way, let’s also mention that Asahi is a Japanese beer. 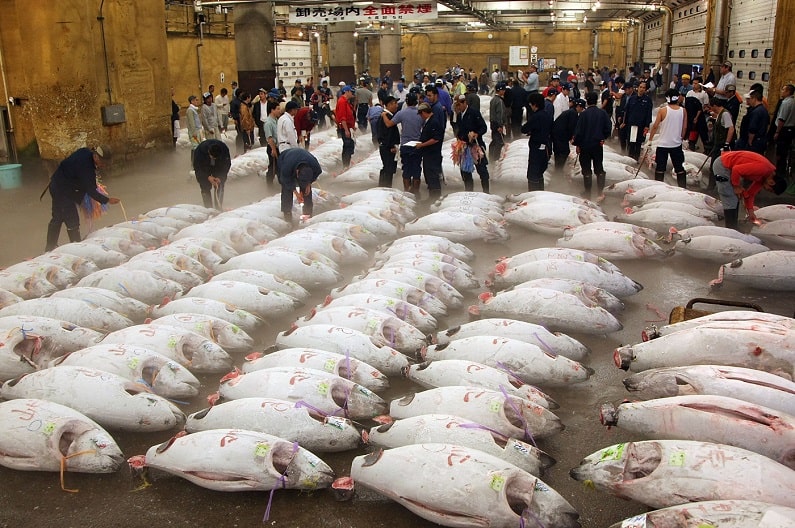 Tsukiji, one of the largest wholesale fish markets in the world, is open from 04:00 in the morning to 20:00 in the evening. Moreover, this is the cheapest place in Tokyo where you can eat fresh sushi in the early morning.

If you want to see 3-meter tuna or watch the tuna auctions, you will have to line up before the opening. Because a maximum of 120 people can be taken to each auction (to watch), and the demand is quite high. 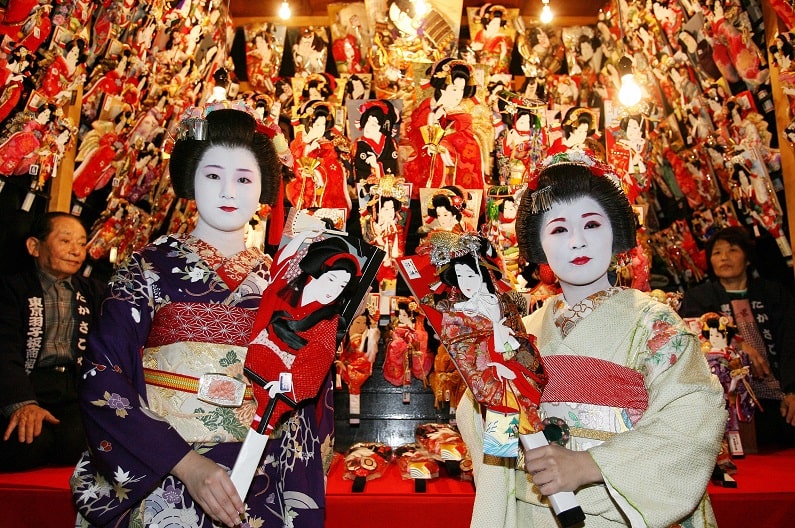 Although Tokyo stands out with its neon lights, technological power, and modern life, they still attach great importance to their traditions. The importance of traditions is still felt in the city, which lives in the 21st century, with manners and clothes. 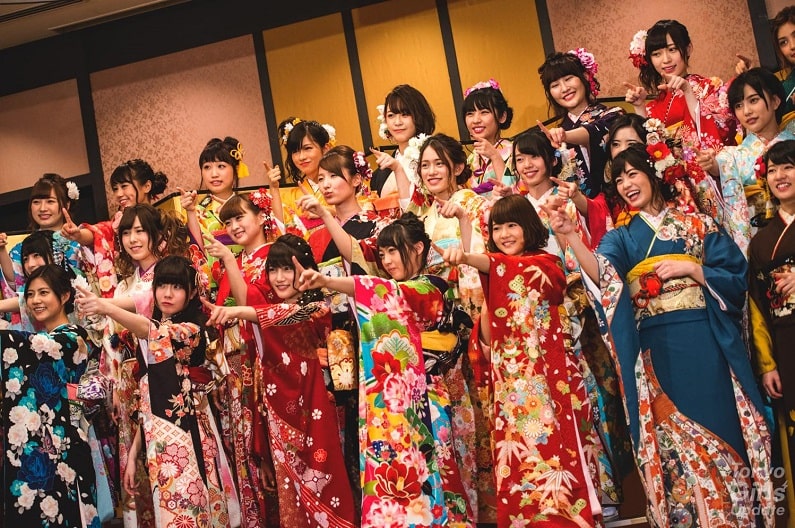 E.g; In traditional Japanese hotels, Ryokans sleep on the ground just like in village houses in Anatolia. Shoes are definitely taken off when entering the rooms. In addition, as you can see in the picture, there are people who keep the Japanese culture alive in traditional clothes, both in terms of living and dressing.

***You may be interested in; Top 10 Traditional Clothing of the World