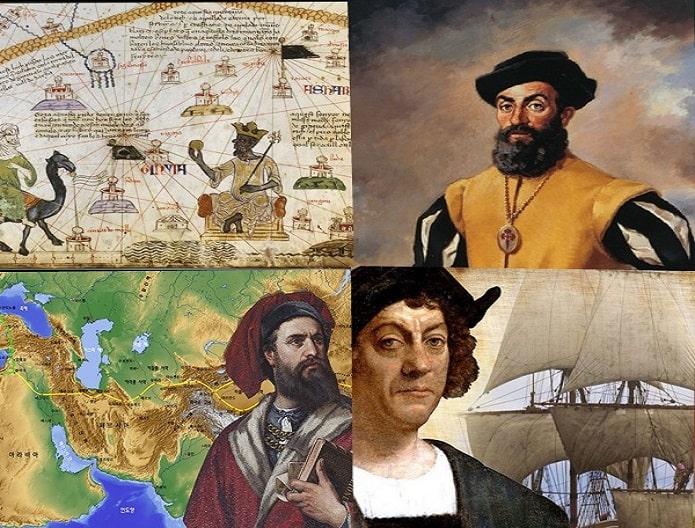 Is there anyone among us who does not have a dream of a world tour? I do not think so! A desire to wander around and discover, in everyone. This adventure, which started with examining countries by opening the map in front of us at a young age, continues at full speed today by browsing blogs and stalking travelers.

What if we go back in time and take a look at the world’s most famous travelers, whom we talked about since our elementary school years, who actually planted the seeds of travel in all of us? I’m talking about those travelers who, with the step they took to the sea, achieved the impossible under the conditions of the time, and discovered the untouched places of the world.

I am talking about travelers such as Christopher Columbus, Marco Polo, etc. whose diaries we continue to read today, as they were a great light for those who came after them with their travel and recording of what they saw. Let’s go on a little journey together with the world’s most famous travelers. 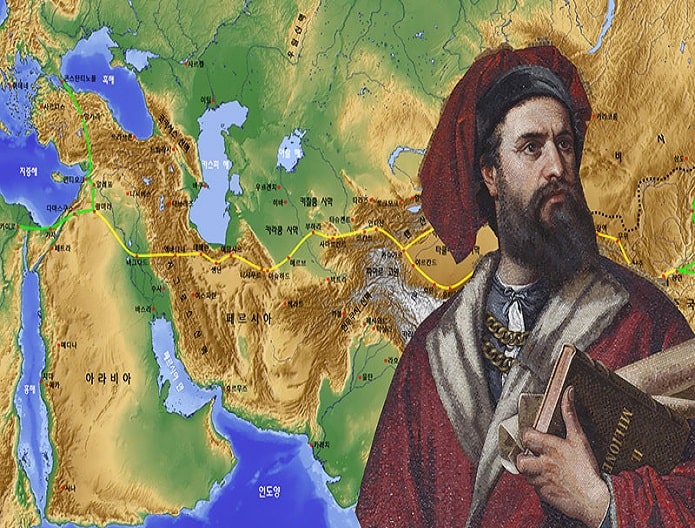 A great inspiration for the names that came after him, Marco Polo is a traveler who followed in the footsteps of his father and uncle and continued his journey for 24 years. The Venetian explorer, who is among the most famous travelers in the world, made his first travels by visiting the trade centers on the Mediterranean and Black Sea coasts with his family.

The life of Marco Polo, who set out for Asia at the age of 17 on a mission he took while he was with his father and uncle, changed after he met Kublai Khan in Mongolia, and this acquaintance took him on a completely different journey.

Do you say the Challenging Pamir Mountains, or the Gobi, an impenetrable desert… Fascinating stories of the Silk Road and China, inventions such as paper money that did not exist in Europe, “The Adventures of Marco Polo”, in which Kublai Khan tells about his power, is a way for all of us even today. demonstrator.

Although the original manuscript diary of Marco Polo, who said, “I told only half of what I saw,” is lost, today there are more than 100 illustrated copies. One of the oldest editions – from the 1400s – is in the Bodleian Library in Oxford. 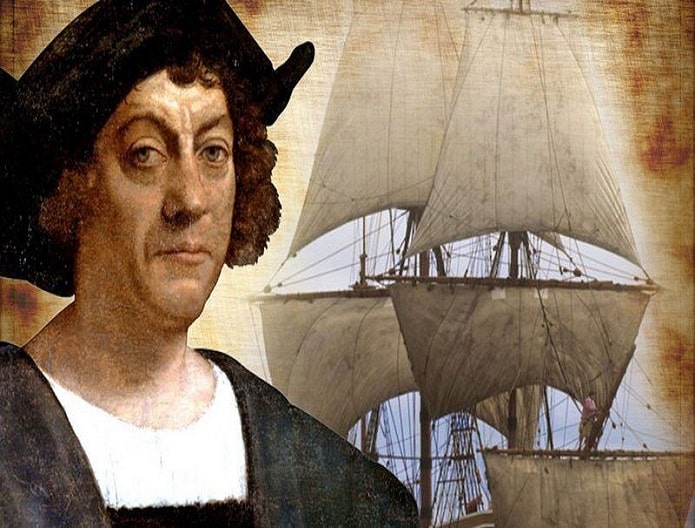 One of the world’s most famous travelers and one of the most important explorers of the Modern Western world, Christopher Columbus of Genoa is a traveler who made his first sea voyage at the age of 14. Columbus, who started a brand new era by showing the European world that there is “another world”, is an Italian explorer who caused the colonization of the Americas.

Columbus, who sailed to the Atlantic Ocean with three ships under the auspices of the Catholic Kings in 1492 with the support of Spain

, wandered around new places such as Bahama, Cuba and Jamaica, mistaking them all for India. Of course, the first contact of Europeans with this region took place in this way.

Columbus, who died before learning that he had discovered a new continent, named the locals he found because of his dreams of reaching India, “Indias”, which means “Indian” in Spanish. Columbus not only caused a great change in world history, but also opened new horizons behind him. 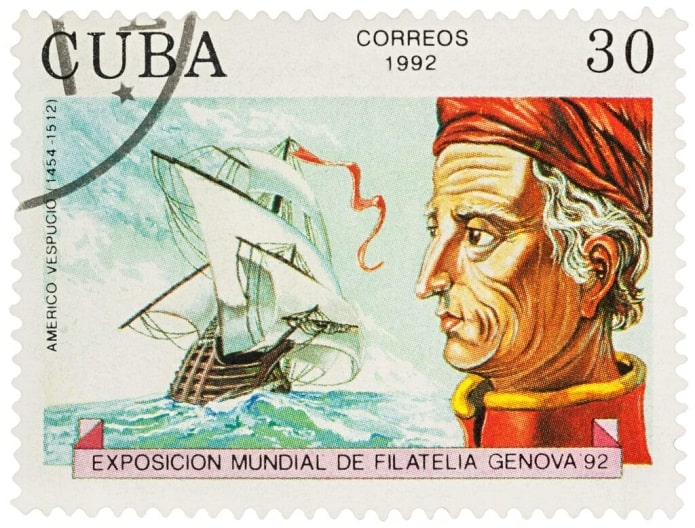 Let’s talk a little bit about Amerigo Vespucci, who gave his name to a huge continent? Vespucci, who was born in Florence in 1454 and is one of the most famous travelers in the world, is one of those who find himself in the sea by following the flow.

Vespucci, who went to France as the representative of the Medici family, then went to Spain through the same mediation. (It is even known that he met Christopher Columbus here.) Vespucci, who started working for a ship company, made his first expedition to Brazil in 1499.Of course, like Columbus, he thought that the continent he came to was India and realized on his next trip that this was a new place.

In his second travel expedition, Vespucci, who arrived at the coast of Rio de Janeiro and went around the South American route, sent a letter to Italy stating that this region was not like the Asian continent and that the landmass was much larger than he expected. It is known that he referred to the region as “Mundus Novus”, that is, “New World”.

Although there are those who call him a fraud, Amerigo Vespucci, as you know, is the explorer who gave the American continent its name.

As you know Portugal is a maritime society. Vasco Da Gama, who was interested in maritime at a young age and is one of the most famous travelers in the world with the title of being the first sailor to travel from Europe to India, set out in 1496.

The traveler, who fought many local peoples and piracy against the rich ships coming from the pilgrimage, arrived at the Cape of Good Hope after a long journey.After the rebellion at sea, all ship workers wanted to return to Portugal, but Gama suppressed the rebellion and the journey to India continued.

When the ship berthed at Calicut Port in 1498 achieved great success, the Portuguese government sent 13 more ships to the region. After returning to his country, Vasco Da Gama, whose existence was forgotten for a long time, was put to sea again in 1523 at the request of the government. If you ask why, the Indians of India made it difficult for the Portuguese.

Gama, who died in the Kochi region of India in 1524, was brought back to Portugal for his funeral and buried with a ceremony. 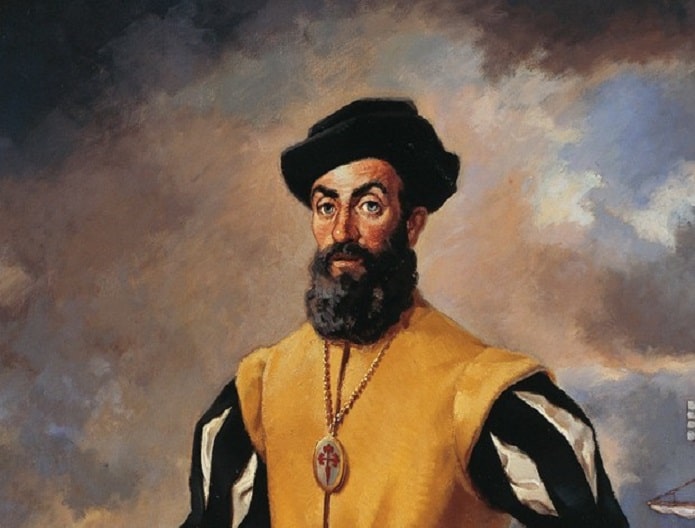 You remember Ferdinand Magellan was the first to complete his journey around the world, right? He is also the first person to complete the mission to explore the Pacific and pass through all the meridians in the world. Portuguese captain and explorer Magellan, who made his first sea voyage at the age of 25, set out to find a new Spice Route.

Italian explorer Antonio Pigafetta accompanied Magellan on the way out of Seville with five ships and 300 sailors with the goal of “finding a new way” in 1519. Pigafetta, who was Magellan’s assistant, wrote down the entire trip day by day, and thanks to him, everything has survived to the present day. In addition, many professional scientists participated in this journey to describe different animal species and plants.

As you know, Magellan, who was the first European to discover new animal and plant species and see indigenous tribes in South America, discovered the strait at the southern end of Argentina and named it the “Strait of Magellan”.

The navy of the famous explorer, who lost his life as a result of the attack of the Filipinos in 1521, was able to return to Portugal with only one ship on September 6, 1522, with 18 people in it. Although the navy returned without a commander, the existence of the Pacific Ocean emerged in this way, and thanks to this travel, it was proved by navigating the world that the world was round. 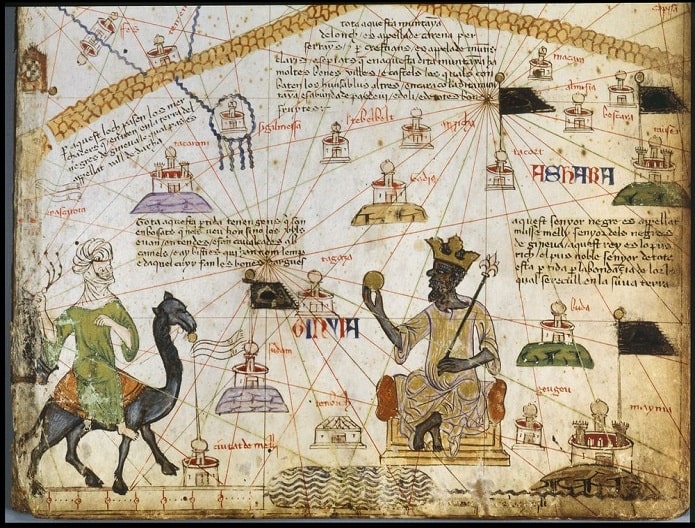 The Moroccan traveler Ibn Battuta, who made a pilgrimage to Mecca in 1325, understood that he was a very adventurous and researcher on this pilgrimage route. It is known that Ibn-i Battuta, who went on the road after discovering himself on the way to pilgrimage, traveled to 44 countries for 30 years.

The traveler, who also saw Constantinople, visited many places in the Arabian Peninsula, Egypt, Syria, Iraq, Iran, Anatolia, Northern Turkish countries, East Asia, and China. While trying to go to India, he even found himself in the Maldives.

Ibn Battuta, who served as a judge for two years in India and two and a half years in China due to his knowledge of language and religion, examined the customs of the cities he visited, what they ate, what they drank, their entertainment and everything else in detail, and gathered these memories in his book called “Rıhlet”.