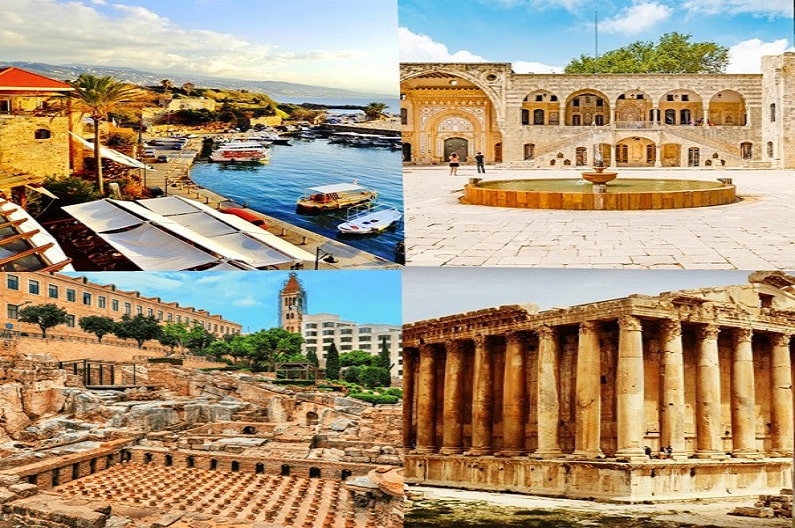 Beirut, one of the most beautiful cities of the Middle East, manages to attract the attention of sea, sand, and sun holidaymakers with its perfect location on the Mediterranean coast. You will literally go on a time travel in Beirut, which is shared with countries such as Morocco, Egypt, Greece, and Italy in terms of its cultural and historical mosaic.

Beirut, where tourism has developed incredibly in recent years, is a wonderful city where you will come across Turkish baths, temples, mosques, streets, and boulevards, historical artifacts, and architectures from the Ottomans to the Mamluks, from the Romans to the Byzantines.

*** You may be interested in; Natural Beauties and Important Squares of Beirut 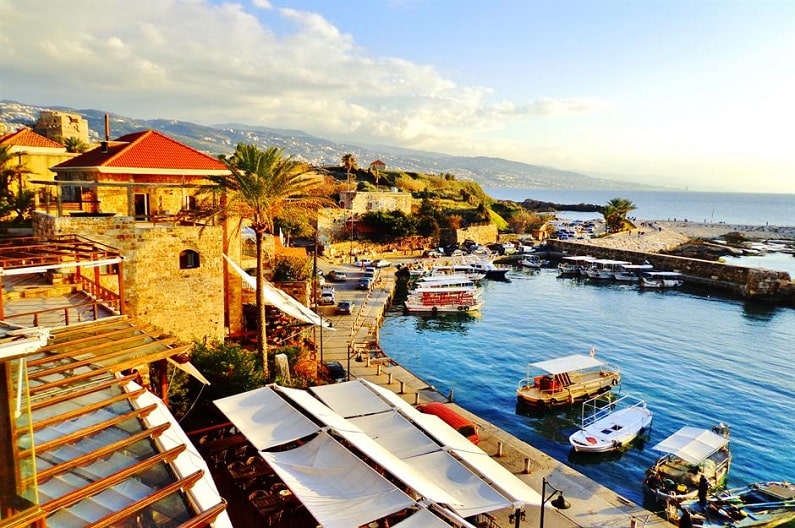 It is located just 1-hour drive from Beirut city center. One of the best places to visit near Beirut, Byblos is also among the oldest of the Phoenician cities. 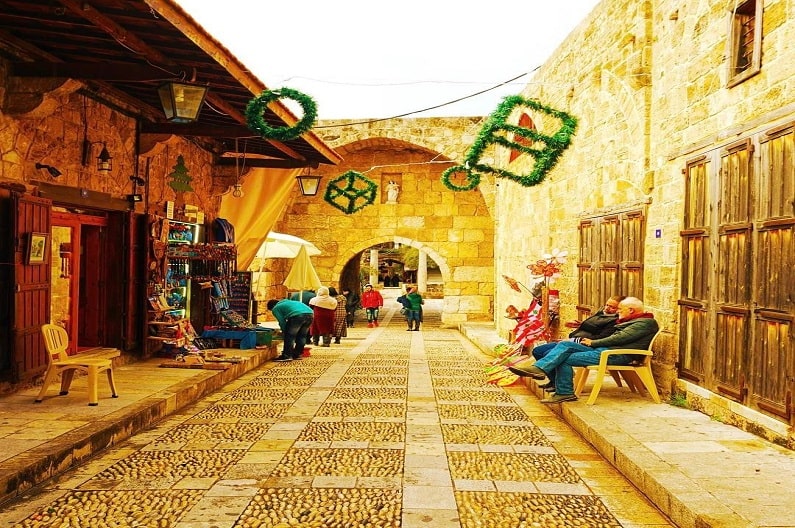 The National Obelisk Museum, which was built about 3200-3600 years ago, is a place where you can have a surreal experience in a word. In addition, The Crusader Fort and the Sultan Abdul Majid Mosque are definitely worth seeing. 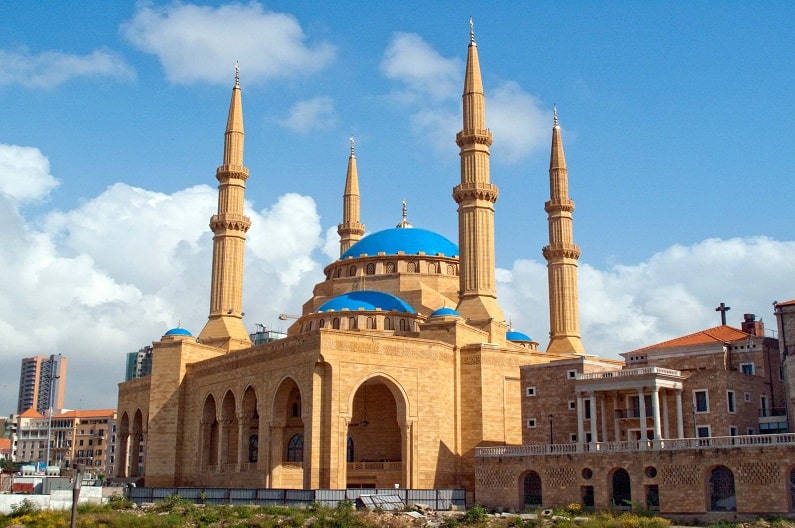 The construction of Mohammed al-Amin Mosque, which is among the most beautiful examples of Middle Eastern architecture, was completed in 2008. The 48-meter-high dome, especially Zakhrafat, inside the mosque should also be seen. 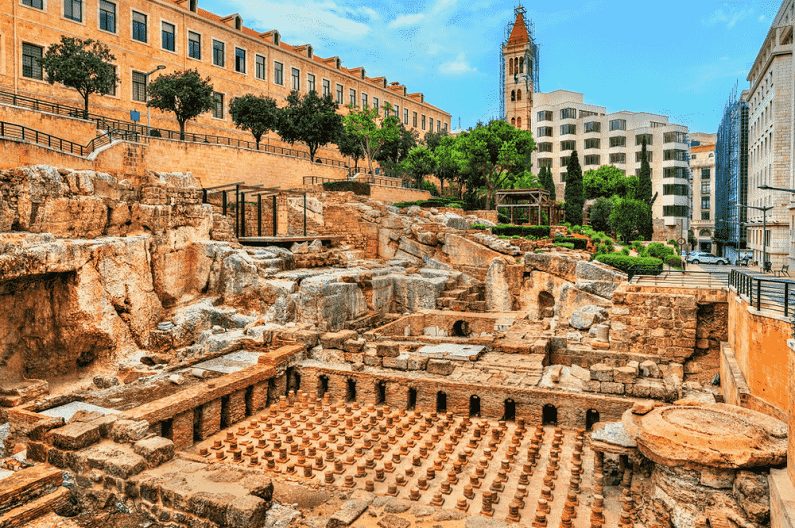 Historical baths in Beirut, based on Roman roots, are almost the symbol of the city. This place, which is an old region, used to consist of 4 different parts. The Mediterranean Garden, in the area where concerts and other artistic performances are exhibited, is the place that attracts the most attention of tourists. The Roman Baths, which are open 24 hours a day, are located on Banks and Capuchin Street. 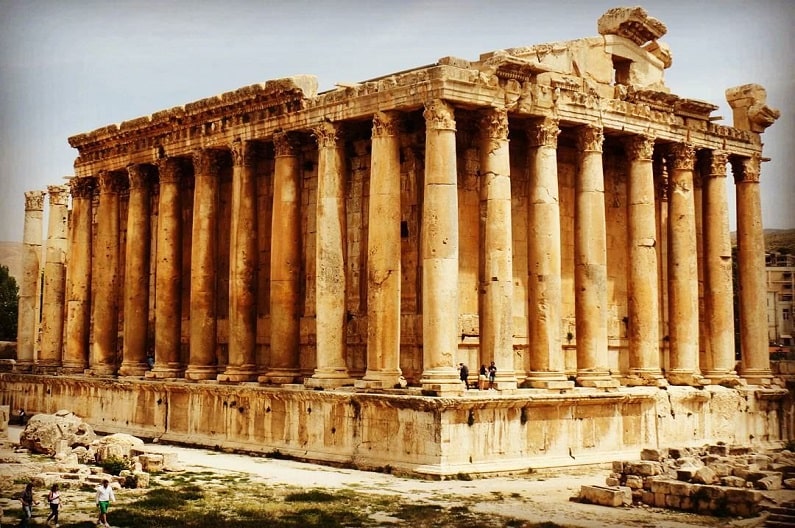 Baalbek or Balebek is the capital city of Baalbek district in Bekaa Province, Lebanon. It was built by the Phoenicians around 1100 BC. Baalbek Beirut The town of Baalbek in the Beqaa Valley is approximately 2.5 hours’ drive from the Beirut city center. 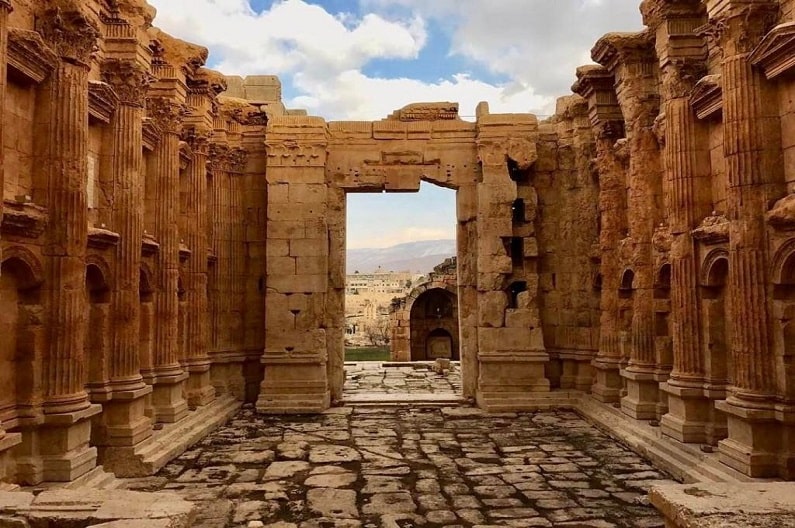 Baalbeck International Festival is held every year in Baalbek, which is famous for the Roman Bacchus temple, which is one of the oldest Roman structures in the world and still looks like the first day. Although the Roman Temple of Bacchus is more than 1800 years old, it also draws attention as it was built in memory of the Roman god of wine. 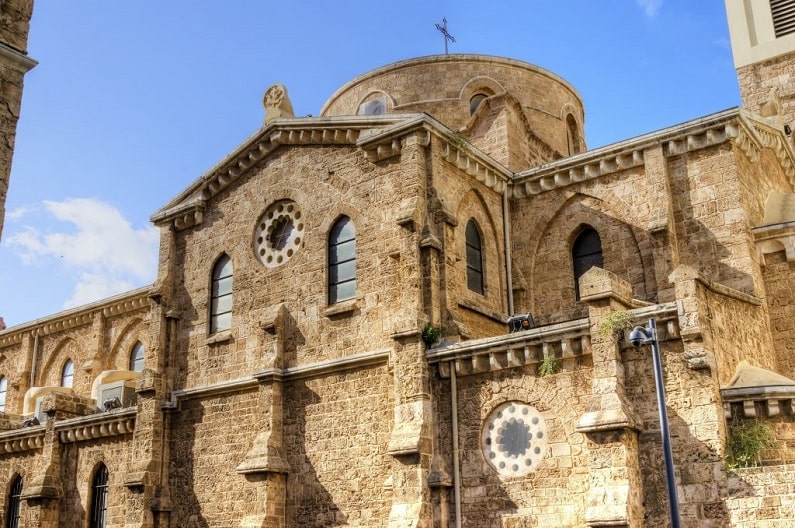 Grand Serail Beirut, also known as the Government Palace, is also the residence of the Prime Minister of Lebanon. This historical building dating back centuries stands out as one of the most spectacular examples of Ottoman architecture. 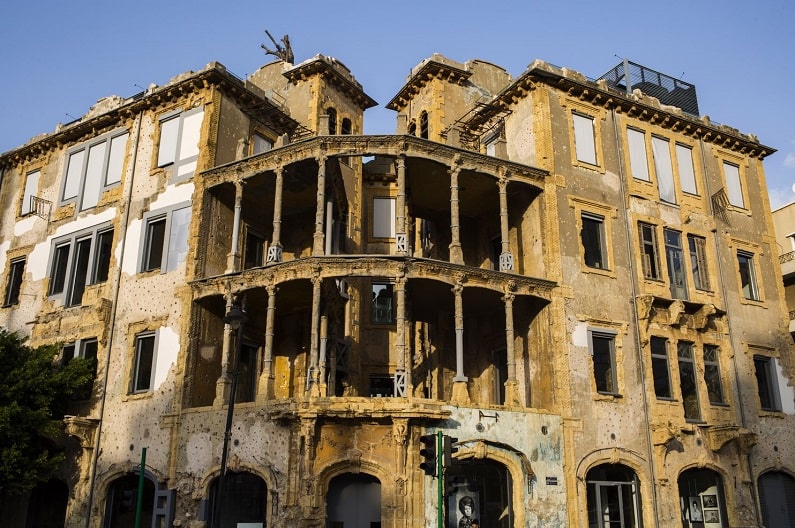 Located in the city center of Beirut and dating back to 1932, Beit Beirut was formerly called the “Yellow House”.However, the building, which was in ruins after the civil war, was a base for snipers due to its strategic location at that time. We recommend that you do not leave the city without seeing Beit Beirut, which has become one of the cultural centers of Beirut. 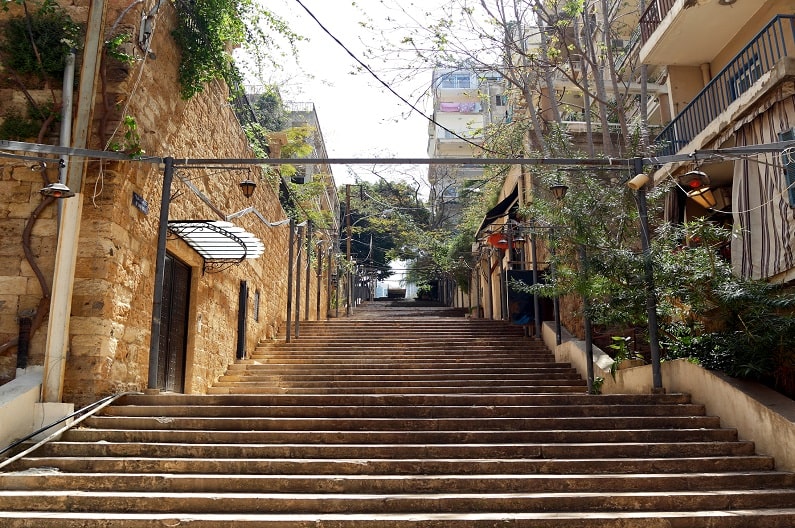 Also known as Escalier de l’Art, these stairs connect Rue Gouraud (in Gemmayzeh) and Rue Sursock.St., which will also provide you with a shortcut to the Sursock Museum. Don’t forget to take pictures at the Nicholas Stairs. 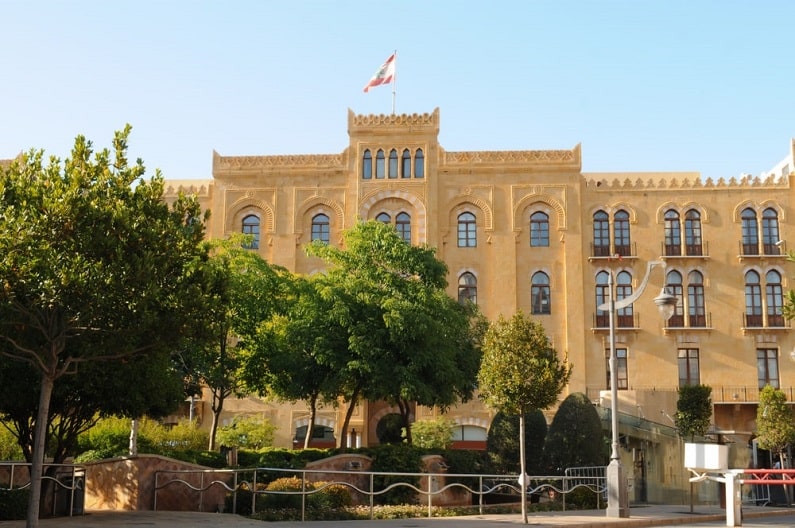 The Lebanese Parliament Building, which immediately attracts attention with its interesting architectural structure, is a masterpiece of Mardiros Altounian. Aside from the fact that its exterior is made of limestone; pendant plates and arched openings also achieve an incredible harmony. 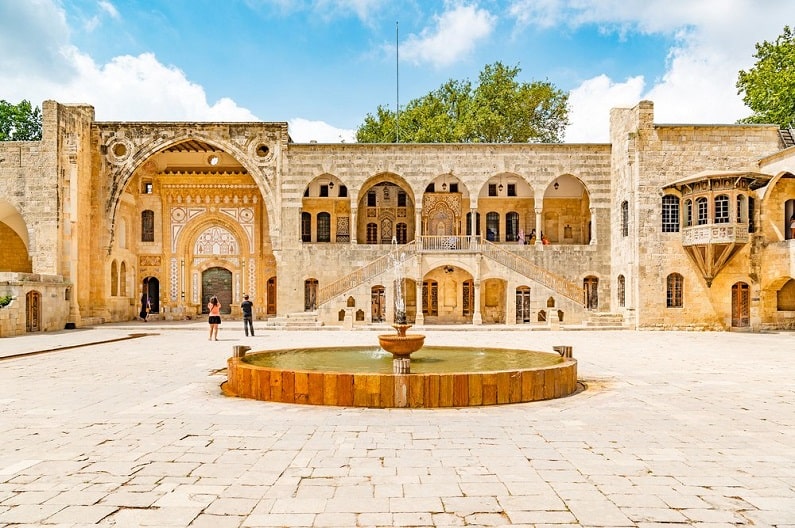 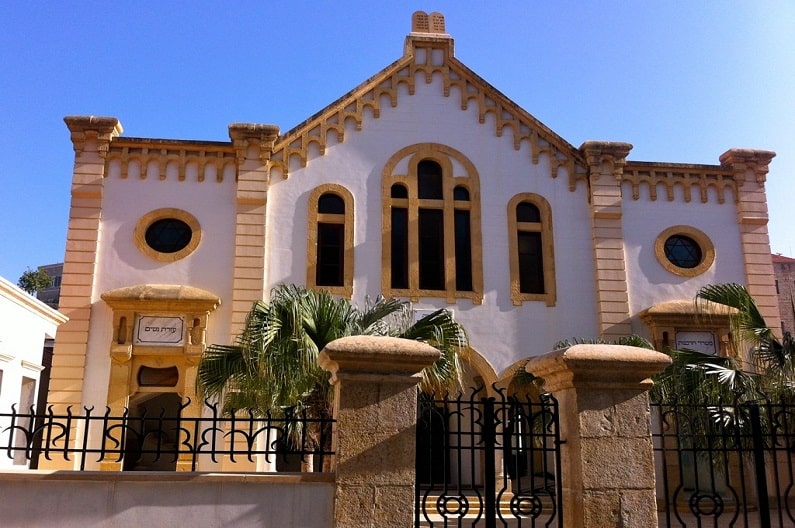