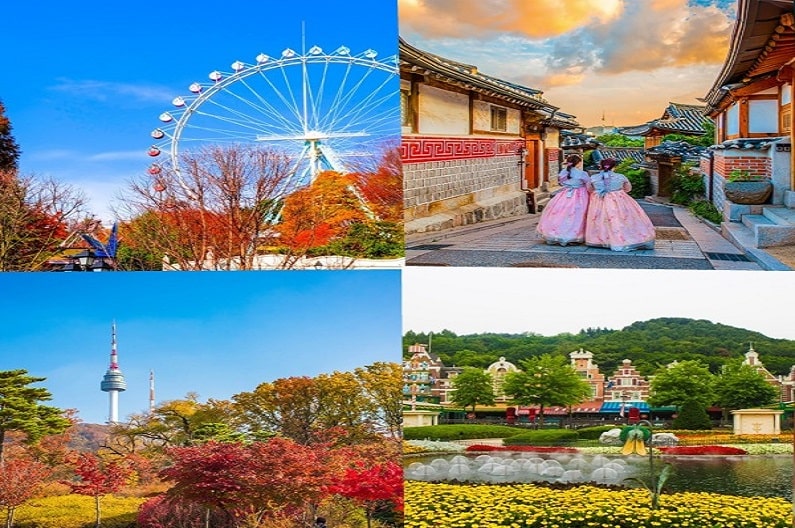 Seoul is the capital and largest city of South Korea (Republic of Korea). The population of the city center is about 10 million, but with the surrounding residential areas, this number increases to 25 million, making it the second-largest metropolitan area in the world.

With its dense population, Seoul hosts a very dynamic social life. Dynamic life can turn your head as you wander the streets of Seoul! The incredible growth of the Korean economy in recent years has made Seoul currently the fourth most economically powerful city after Tokyo, New York, and Los Angeles. 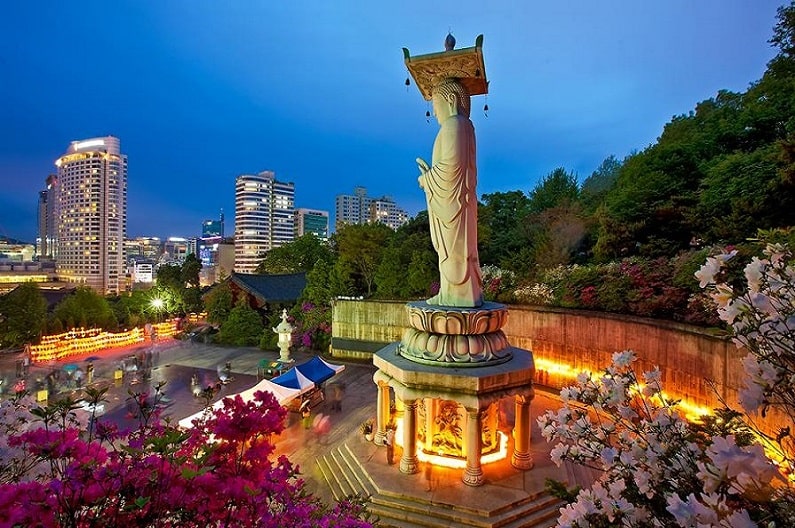 In this respect, capital is defined as the economic locomotive of the country. This situation is also reflected in the architectural structure of the city.

South Korea has been at the top of the technology, automotive, and entertainment sectors in recent years. When South Korea is mentioned, well-known brands such as Samsung and Hyundai come to mind. Especially young people around the world watch K-dramas and listen to K-pop. Myeongdong holds an important place in the cosmetics world and Korean food is very popular.

Places to Visit in Seoul 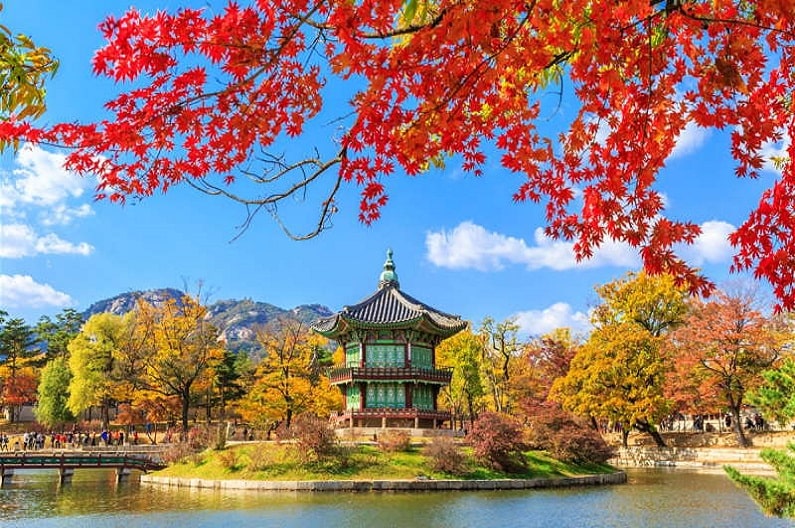 Seoul is one of the most popular cities in Asia. This city has it all, from a fascinating and unusual culture to great food, great shopping, and great entertainment.

It is also currently accessible to travelers and the Korean people are quite hospitable. There are also countless attractions in Seoul. 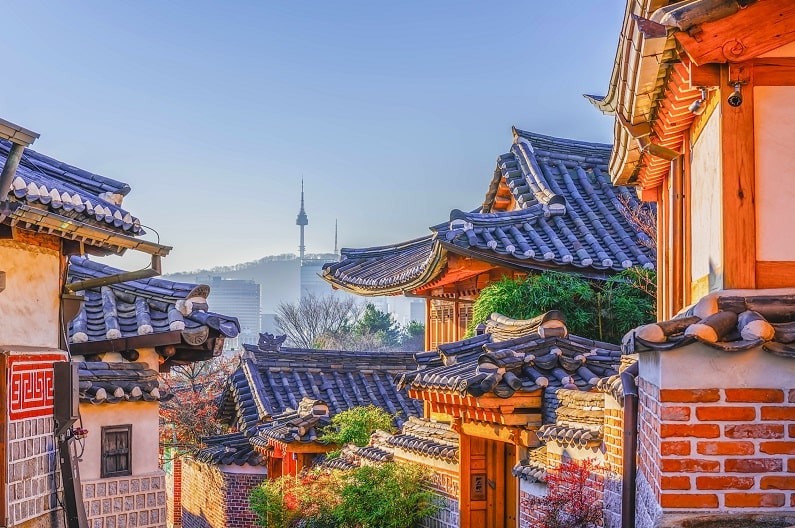 Traditional houses in Seoul are called Hanok and date back to the Joseon Dynasty between 1392 and 1910. Bukchon Hanok Village is a great place to experience Seoul’s traditional culture. These houses are designed to provide a balance between the home and the outside world of mountains, rivers, and landlines. This makes them extremely aesthetically pleasing. These houses are one of the best places to see in Seoul. 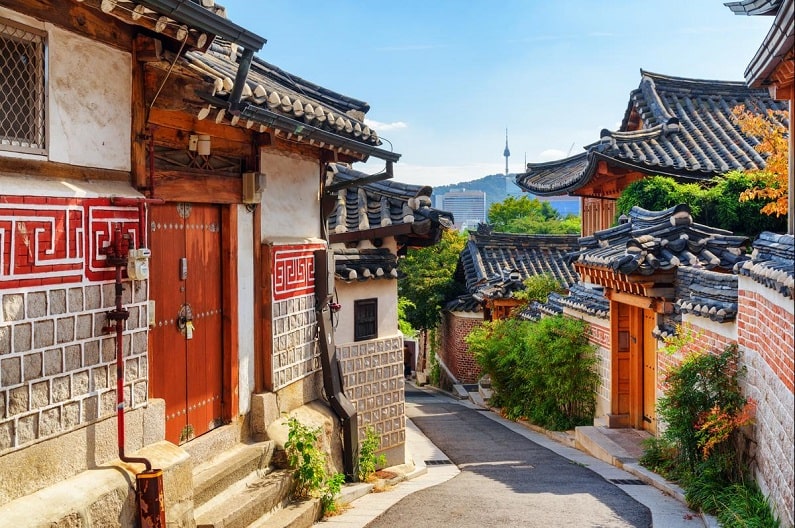 People actually still continue to live in this residential area located between Gyeongbokgung Palace and Changdeokgung Palace. Take some time to explore the area and take lots of photos. There are some spots where you can see traditional homes combined with more modern places, and these make for the most striking images.

Gyeongbokgung is one of the must-see places when you go to Seoul. You should not miss this biggest and most important palace in Seoul.

Built-in 1395, this palace is often compared to the Forbidden City in Beijing. This was the main royal palace of the Joseon family that ruled Korea for hundreds of years. 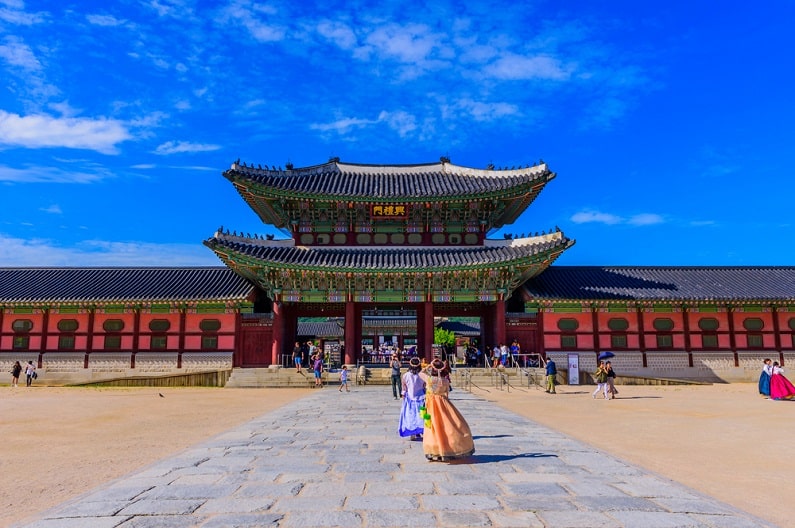 Much of the palace was destroyed during the occupation of Japan in the early 20th century but was meticulously restored in the following years. It is now considered one of the most beautiful palaces in the world; so it is one of the best places to visit in Seoul. 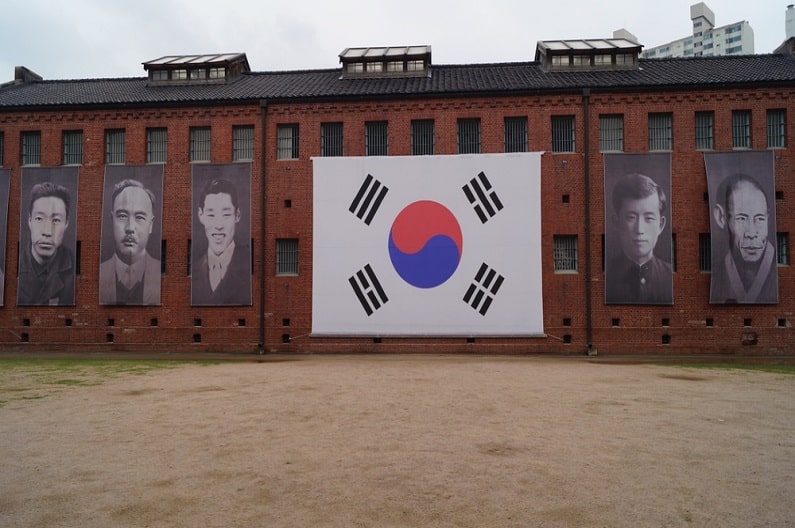 It’s clear that Seodaemun Prison is not a fun place to visit. However, it is an essential place if you want to understand the history of South Korea. This was a prison built for Koreans who had rebelled against the Japanese forces. Built-in 1908, this prison is a place where Korean rebels who fought against the occupation of Japan were imprisoned.

Before it was built, the country had almost no penal system and this place symbolized the determination of the Korean people to gain freedom. Many Korean patriots died in custody, were tortured or executed in this place. The prison was designated a historic site in 1988 and was renovated in 1995. 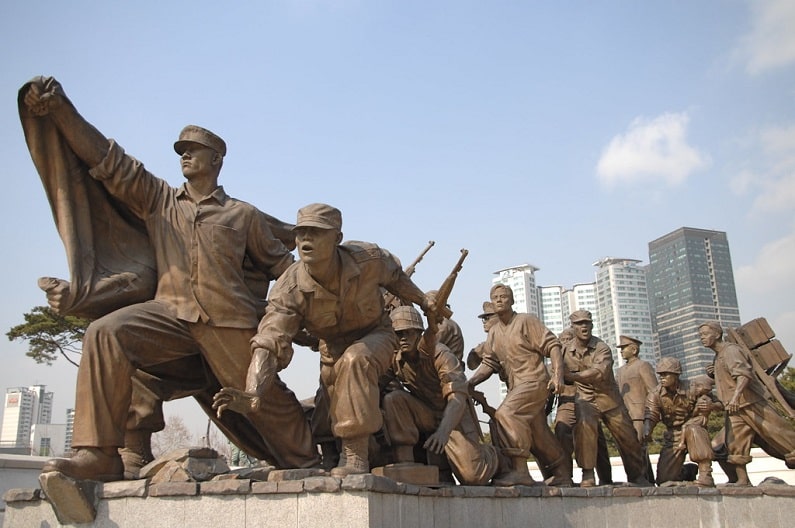 An open-air museum was created to commemorate the Korean War, with six exhibition halls and war machines being too big to fit in this space. Located on the floor of the former army headquarters used during the Korean War, this monument contains more than 13,000 pieces of military equipment and memorabilia.

The main focus here is on the Korean and Vietnam war, and it’s not the kind of museum you just look back at. The displays are designed to be touched and felt to give visitors a better idea of what battles really are like. 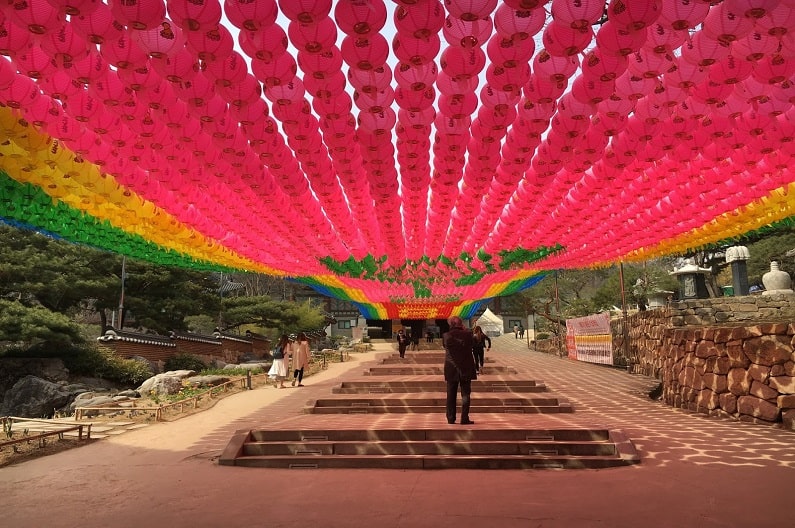 This is a Buddhist temple that is an important part of the local people. In the garden surrounding the temple, there are some amazing old trees. Sometimes if you want to better understand a culture, there is nothing like exploring a temple that is still in use today. 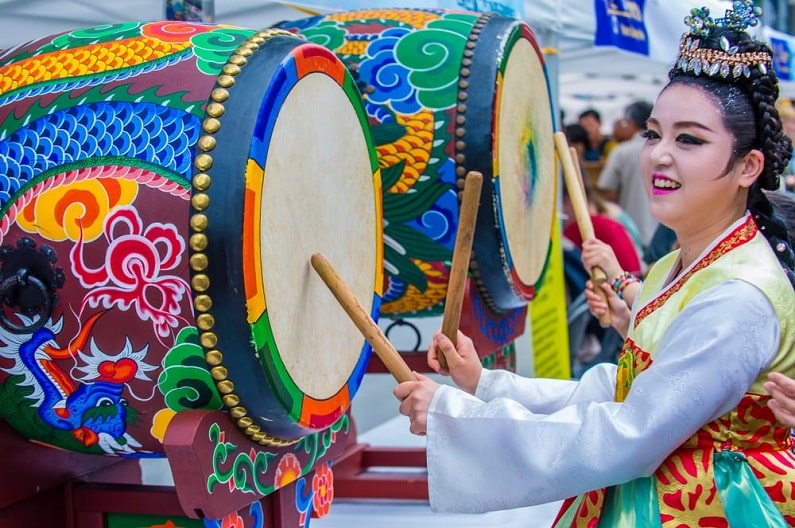 Located in the middle of Seoul’s high suburbs, this temple is one of the best places in the city to learn more about the people who live in the city.

This Zen Buddhist temple is always crowded with locals and tourists, making it an interesting place to people to watch and spend time. 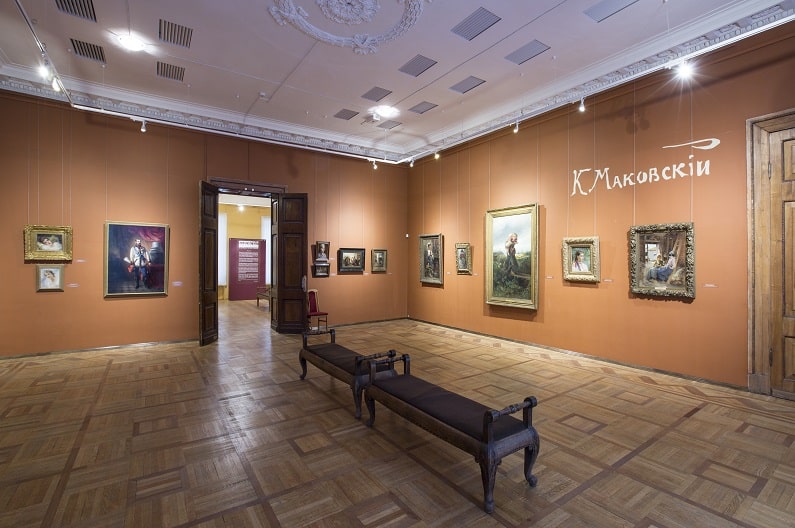 Reading books and poetry from another culture is a great way to gain a deeper understanding. If you love books and history, one of the must-visit places in Seoul is Yun Dong-Ju Literary Museum.

The museum was built in honor of the famous South Korean poet Yun Dong-Ju. A three-room museum where you can explore the first edition of the poet’s poems, as well as his photographs. The interior perfectly reflects the contemplative, inspiring mood of poetry, and the exteriors offer astonishing views. 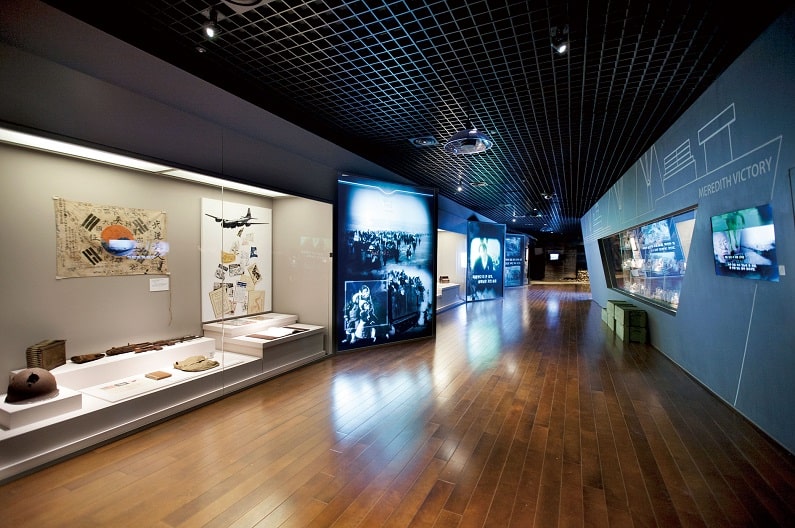 One of the best attractions in Seoul, where admission is free, is the Seoul Art Museum. Also, the museum is housed in a beautiful historic building with great photo opportunities. This museum hosts a number of special exhibitions, but the permanent exhibition is completely free.

Influenced by African culture and art, the works of Korean artist Chun Kyung-Ja are remarkable and worth visiting the museum just for this exhibition. 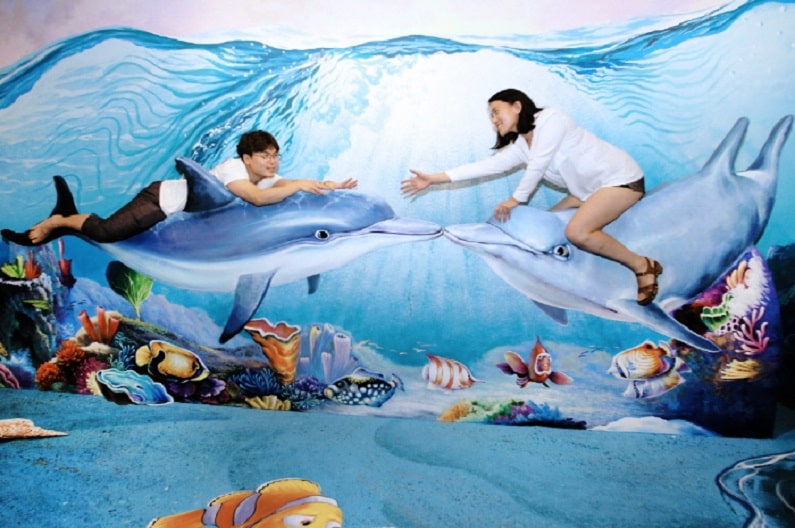 This is South Korea’s first 4D optical illusion museum. There are more than 100 interesting exhibits inside. That’s why it’s the perfect place to go with friends or family while touring Seoul. 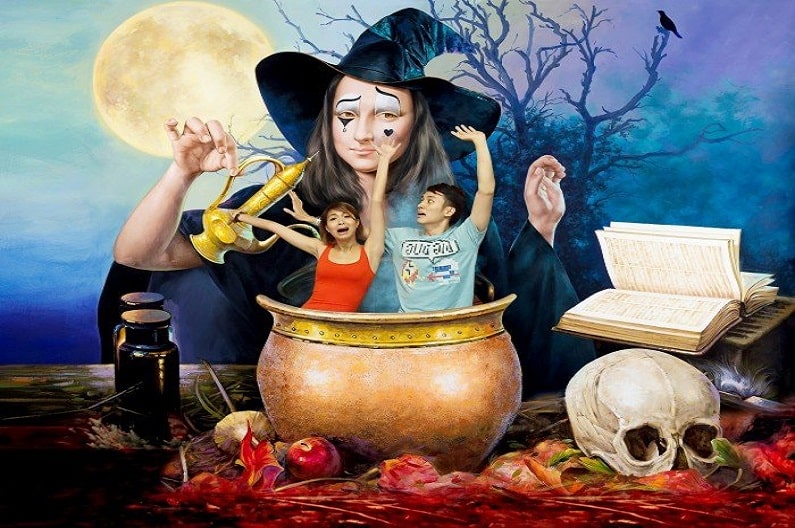 Even if you’ve been to an optical illusion museum before, you’ve probably never seen anything like it. Most of the exhibits in this museum are a bit weird and unusual and you can be a part of some of the sections while visiting.

Even if you’ve seen optical illusion museums before, this one is unique. Because you will be a part of popular movies like Frozen and Cinderella in your own personal work of art.

Parks, Squares, and Highlights in Seoul 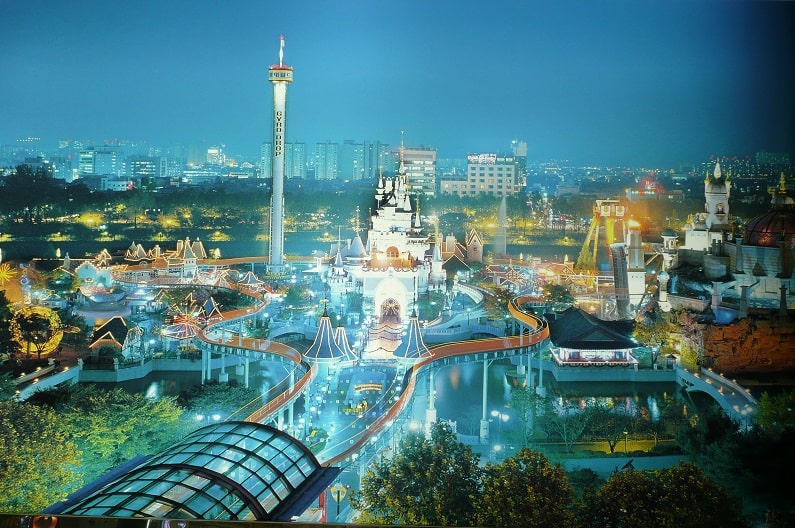 This is the world’s largest indoor amusement park. There is also a shopping complex within the facility. If you are going to Seoul with your children, it is a must-visit place. Of course, the fun here is not just for kids. 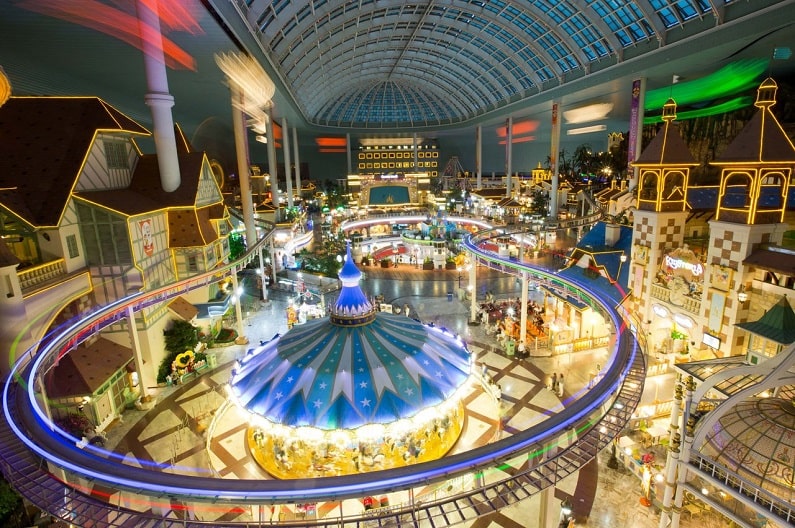 Lotte World has both indoor and outdoor amusement parks. There is also a hotel, aquarium, luxury boutiques, and a water park on-site. For maximum fun and excitement, you should definitely try Desperados Game, Dragons Wild Shooting Game, and Comet Express roller coaster. 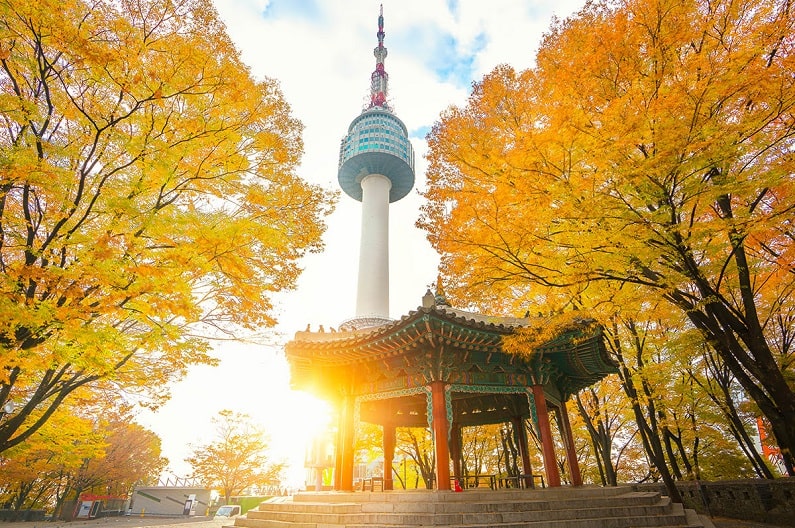 The tower offers a unique opportunity to watch the panoramic view of the city. The building also hosts a variety of cultural and recreational activities, as well as restaurants and snack bars.

Seoul Tower is located on Namsan mountain and has been one of Seoul’s most iconic landmarks since it opened in 1980. It was originally a communications and observation tower, but in the last few years, it has become one of the city’s most important and famous landmarks.

When you climb to the top of the tower and watch the city, you can get an idea of the size of the city. You can then head downstairs to see a movie or exhibition at the cultural site or enjoy a great meal at one of the upscale restaurants there. 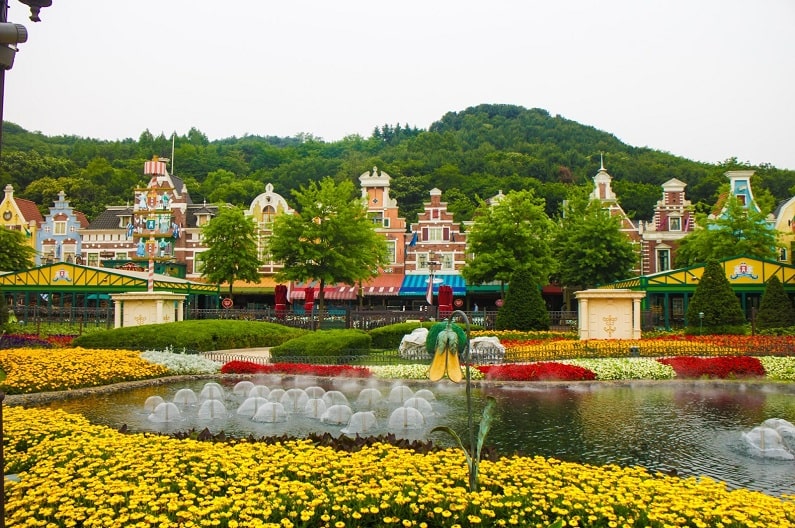 Everland, one of the most beautiful amusement parks in the world, is a great outdoor theme park in Seoul where the whole family can go.

Everland has five regions and tourist areas. This park has the world’s steepest wooden roller coaster and South Korea’s only safari.

You will need a full day to do justice to this place. If you love roller coasters, get ready to scream when you get on the world’s longest wooden train. 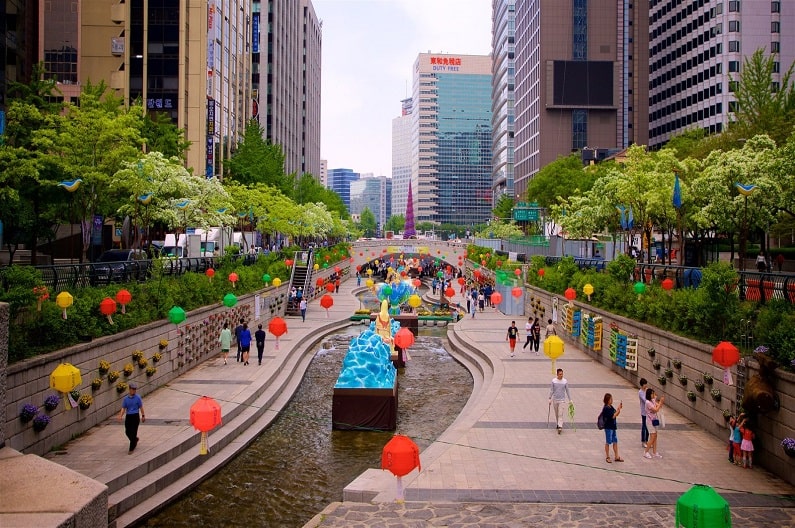 The banks of the Cheonggyecheon River offer a unique opportunity in the city to take a break from the busy city pace and enjoy nature. Seoul is a very lively city and sometimes it’s nice to get away from the crowds, pollution and enjoy nature. And that’s exactly what this river is for.

On hot summer days, you can immerse your feet in the water on the river bank, which is one of the popular places for the local people. You can also walk along the river and reach Seoul’s best attractions. 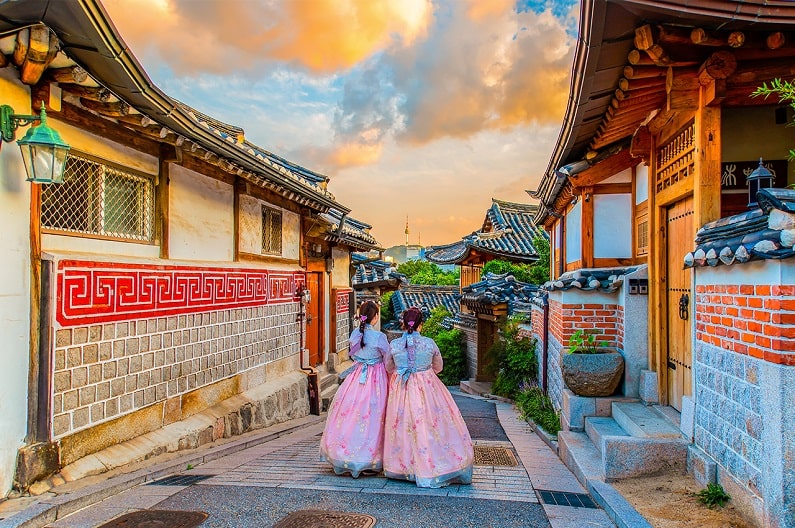 The best place in town to experience ancient Korea is Ikseon-dong Hanok Village. There are some amazing cafes and bars in this area as well, so you can have your meal here as well during your explorations. This area is not usually listed as one of the best places to visit in Korea.

But if you want to experience a mix of history, dining, and creative shopping options, this place is great. The area was first established in 1920 and seems to have stuck in its time period. Wandering the streets can take you on a journey back in time.