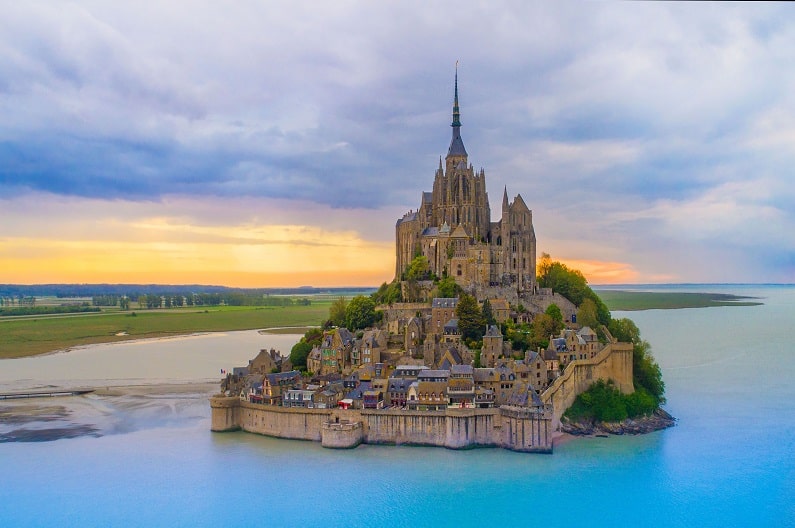 Mont Saint-Michel is located on the shores of the English Channel in the Normandy region of France. One of the most important features of the historical peninsula is that it is one of the places where the tide can be seen the most in the world after Canada.