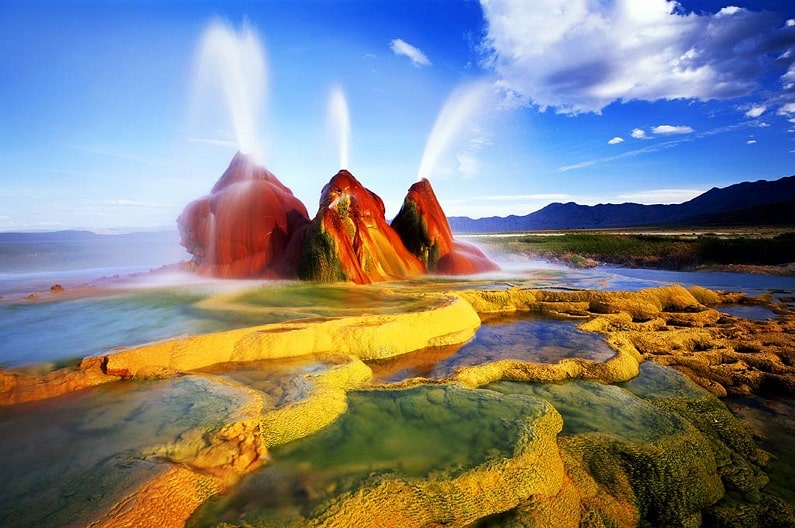 Fly Geyser, located in the Karakaya Desert in Nevada, USA, is a geothermal geyser. It was accidentally created in 1916 while drilling a well. The Fly Geyser has been spewing water to a height of 2 meters like a small volcano since the 1960s.

Geysers are formed in the form of windows opened by hot springs such as volcanoes and earthquakes into the earth’s crust. However, the Fly Geyser is not actually a natural formation. In 1916, while searching for water in the desert, an old lake bed, workers drilling through the hydrothermal spring initiated the formation of the Fly Geyser.

The geyser, which remained silent for about 50 years, began to erupt spontaneously in the 1960s. The difference between the source and similar ones is that it never ceases to erupt. Its chimneys, which are formed by the hardening of the minerals that emerge over time, are also getting stronger.

Another point that makes Fly Geyser interesting is that the geyser is on the land of a person named Todd Jaksic. Jaksic, the title deed owner of the land, does not allow the geyser to be made available to the public.