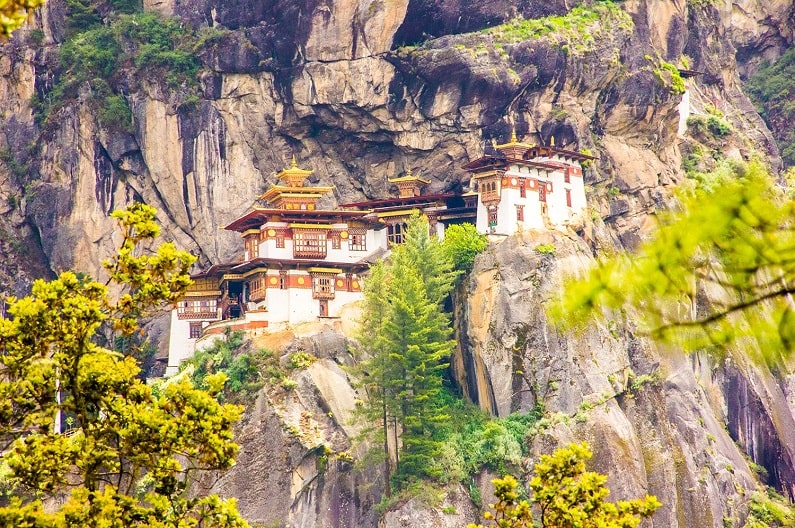 The Tiger’s Nest Monastery is a Buddhist monastery located in the Paro Valley in Bhutan. This monastery is located in a very remote and dangerous area. The temple was built around the Taktsang Senge Samdup cave in 1692 on the slope of a steep cliff at an altitude of 3,120 meters above sea level. The monastery is today recognized as a cultural icon of Bhutan.

According to a legend, a tiger led a great guru to a steep cliff on his back. There he found a cave where eight demons lived. Guru Rinpoche meditated in a cave for several months, then he was freed from all evil and these amazing places became sacred. Later, a beautiful monastery was founded next to the sacred cave. For more than a thousand years, it has remained one of the most important Buddhist temples for residents.