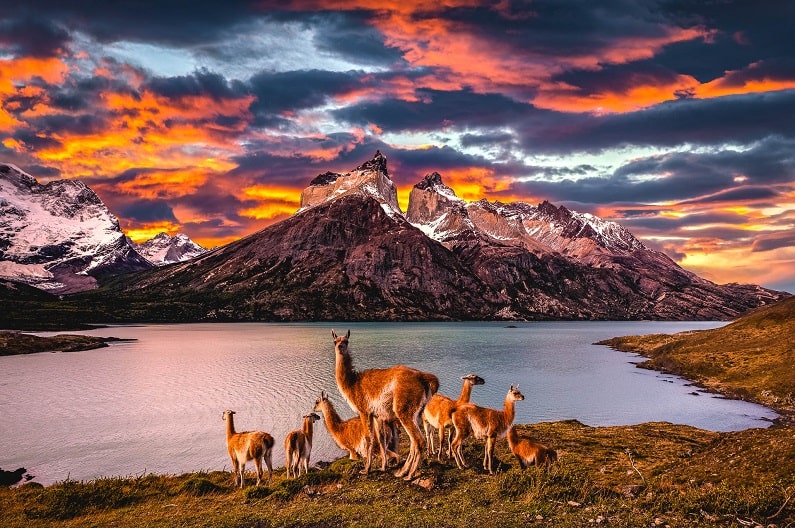 Torres Del Paine is a national park with its nature on the borders of Chilean Patagonia. The national park takes its name from 3 massive rocks that reach the sky like a tower. The park, which has an area of ​​2 thousand 420 square kilometers, has three granite rock mountains that have become the symbol of this place.

It is home to about 60 cougars living in it, condors with a wingspan of up to 3 meters, guanacos, an animal native to the Andes, and animals such as the gray Patagonian fox.