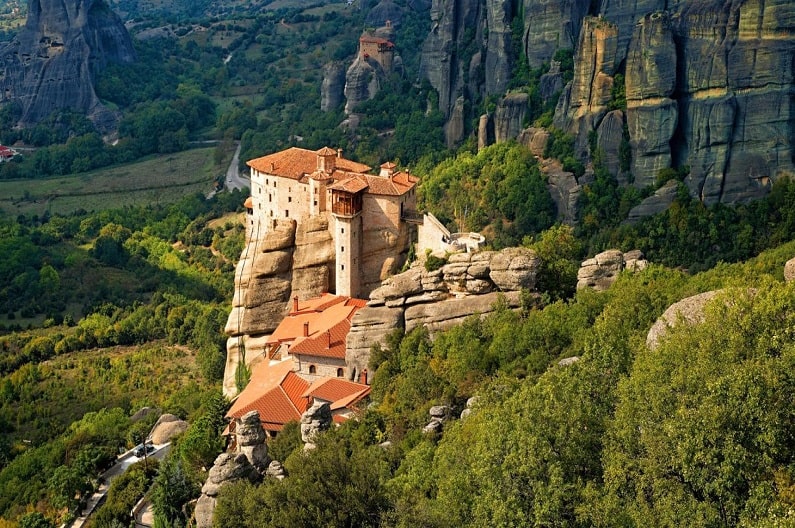 Meteora (Greek: Μετέωρα) is a rocky area near the Greek town of Kalambaka. These cliffs, which stretch 400-500 meters above the ground, take their name from the Ancient Greek word “Meteors” meaning “suspended in the air”. There are many Orthodox churches in the area and the most important monasteries in Greece after Mount Athos.

Meteora is a place where huge rock blocks protruding from the ground and monasteries resembling castles appear as if they were drawings in a fairy tale book. In fact, some parts of the Game of Thrones series that took the world by the storm were shot here. The most magnificent among them is the “Megalo Meteoron”, the Great Meteora monastery.

A series of monasteries built by secluded monks on these cliffs between the end of the 10th century and the 14th century are among the most visited sites in Greece today.