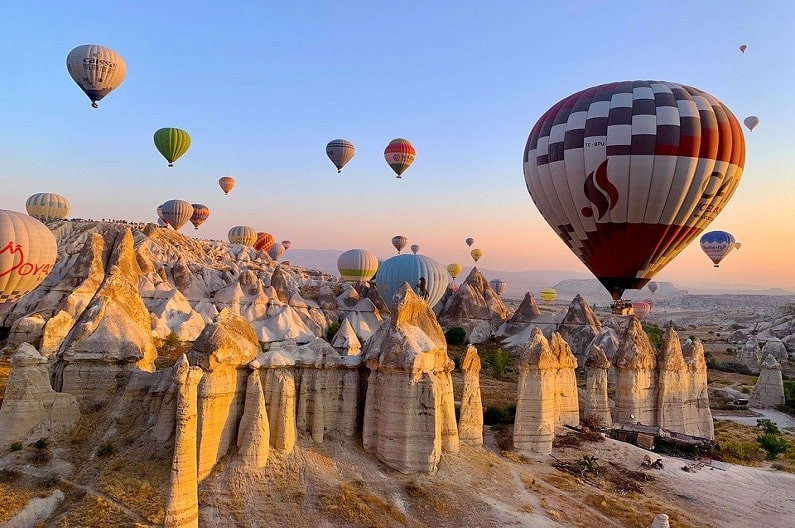 Cappadocia is the region that emerged when the soft layers formed by lava and ashes erupted by Erciyes, Hasandagı, and Göllüdag 60 million years ago were eroded by rain and wind over millions of years.

Cappadocia region is a place where nature and history are integrated. While geographical events were creating the Fairy Chimneys, people carved houses, churches, and monasteries inside these fairy chimneys, and decorated them with frescoes, and brought the traces of thousands of years of civilizations to the present day.

The written history of Cappadocia, where human settlements date back to the Paleolithic period, begins with the Hittites. Cappadocia, which has hosted trade colonies throughout history and established a commercial and social bridge between countries, is also one of the important crossroads of the Silk Road.

Cappadocia means “Land of Beautiful Horses” in Persian. This beautiful country has geography unlike any you have seen before in the world. This is why it receives hundreds of thousands of visitors from all over the world every year.

In 1967, when DJ Kool Herc was throwing parties in the West Bronx, people were dancing and communicating. Thus, the foundations for the emergence of…