6. Cave of the Crystals – Naica, Mexico 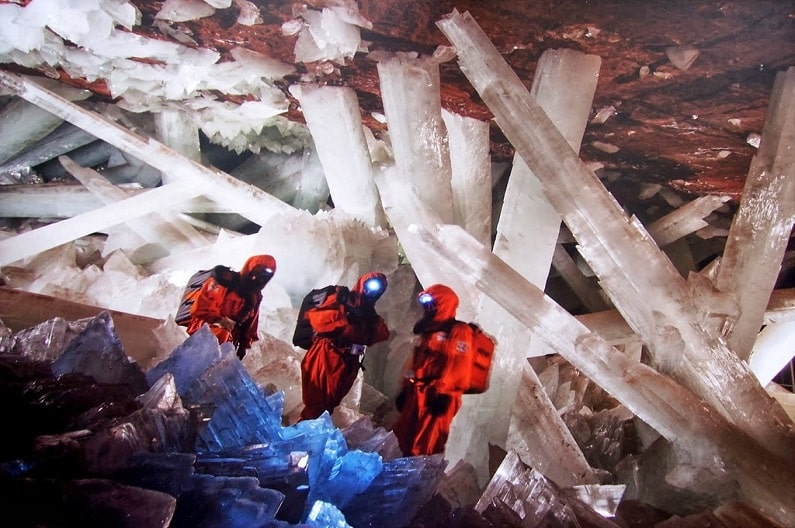 Known as the Cave of the Crystals or the Cave of the Giant Crystal, this awe-inspiring structure was accidentally discovered in 2000 by miners working in the silver and lead mine in Naica, Mexico. It lies almost 300 meters below the Earth’s surface and contains the largest crystals ever discovered on Earth.

The largest crystals in the cave are 11 meters long and weigh 55 tons. The crystals are made of selenite, which is the crystalline gypsum used to make drywall. These crystals formed from a hot water solution filled with minerals and took about half a million years to grow. While the crystals were growing, the temperature inside the cave was always scorching.

Mexico’s Giant Crystal Cave is like exploring a new planet for most people. In the Cave of the Crystals, every step must be taken carefully. You can fall on a crystal with a simple slip.
When you enter an area with such high temperatures, your body starts to die.

Because the body cannot remove heat. Those who come to explore the Naica Crystal Cave and want to know how hot it is without clothes, seem to have hit the wall with the heatwave they encounter as soon as they enter through the first steel door.