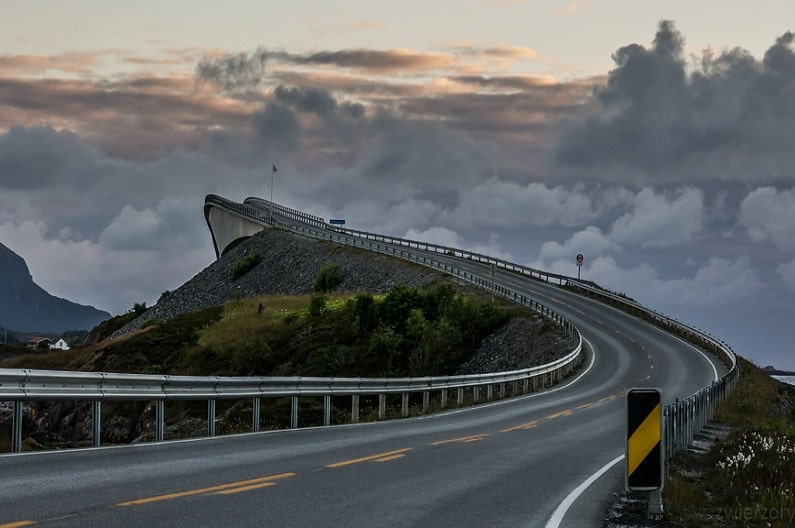 The Atlantic Road is a highway located between Eide and Averøy in the Norwegian province of Møre og Romsdal. The road is built on several small islands and fortifications connected by several corridors, viaducts, and eight bridges. Along the 8.3 kilometer road between Kristiansund and Bud, it connects the island of Averøy to the mainland, thanks to the creative use of bridges.

Opened in 1989 after many battles with nature elements (hurricanes), the free road is officially one of the Norwegian Scenic Routes. Following it, you will have the chance to see the best of the stunning Norwegian coastal scenery: small scattered islets connected by gorges, picturesque villages like Kårvåg and Vevang, and in between, the splendor of the Norwegian Sea.