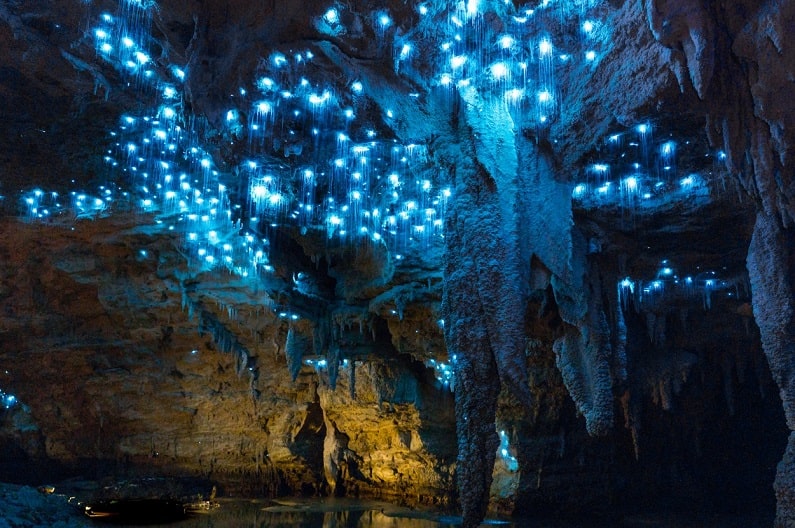 Waitomo Glowworm Caves is a cave in Waitomo on New Zealand’s North Island. Small fireflies covering the vault and walls of the cave and the atmosphere inside make it special. The flickering of thousands of tiny dots is like the flickering of stars in the night sky.
A popular cave in New Zealand is inhabited by a special type of reptile, Arachnocampa Luminosa, that lives only in caves and caves. Every year, thousands of tourists flock to the Waitomo caves to see and photograph this special glow-in-the-dark species.

The extraordinary shaking of thousands of insects is one of the wonders that can only be seen on the walls of the Waitomo cave. Mosquito larvae attach the most beautiful threads to the walls of the cave, which are covered with drops of sticky liquid. Mosquitoes highlight these elegant ‘beads’ and thus attract other insects that feed on them. Thus, there is an amazing way of life in the cave, which almost does not limit life on the surface of the earth.

Waitomo Glowworm Caves is the only cave in the world where natural light is experienced. Visitors have the chance to tour the cave, which is quite deep and cannot reach the sunlight, by boat and be fascinated by the natural light.