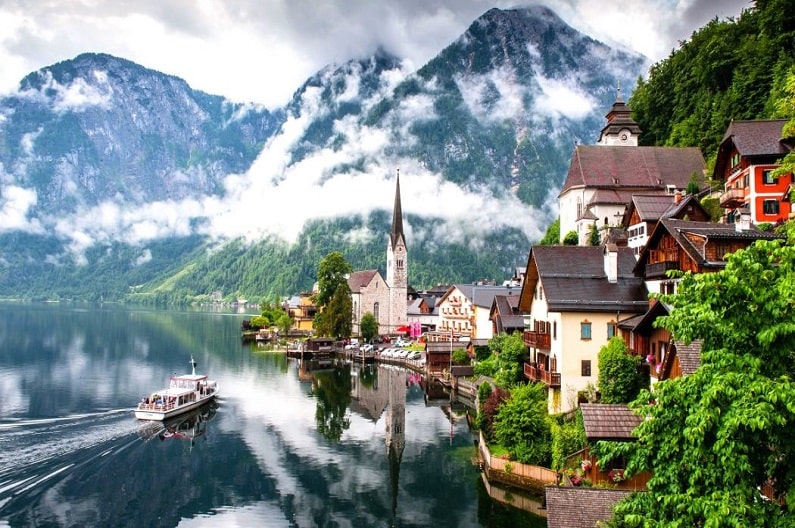 Hallstatt, which took over the popularity of Vienna in Austria and makes you feel right in the middle of a fairy tale, has recently become the most frequented place of many travelers and photography enthusiasts. In fact, according to a study by Nat Geo, it is one of the 5 most photographed places in the world!

Located in the southwest of Lake Hallstätter, between the cities of Salzburg and Graz, Hallstatt has a rich history of 7000 years. In addition to the magical feeling of its landscape, another remarkable aspect is that it hosts the world’s first salt mine. Hallstatt, the oldest village in Austria with a population of around 1000 people, is a heritage that has been waiting to be discovered for a long time and has been appreciated especially in recent years.