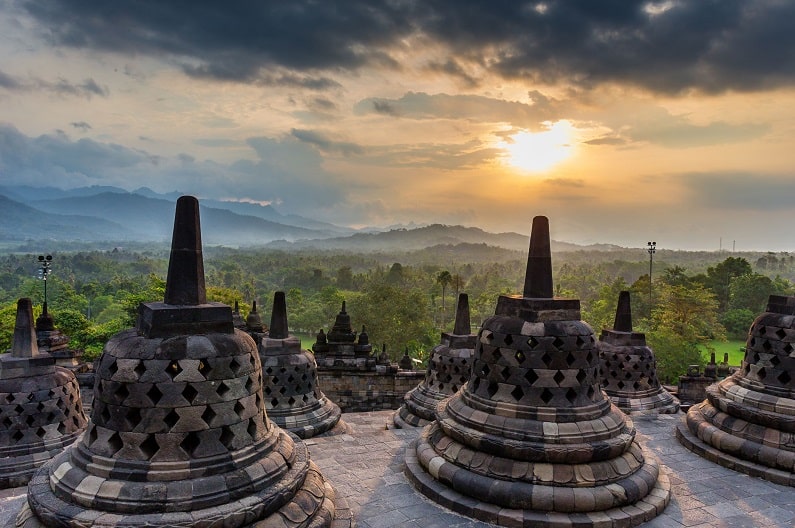 Although there is no official record of when the temple was built, it is thought to be around 750 AD, which corresponds to the period of the Sailendra Dynasty. Borobudur, which took 75 years to build, was left to its fate for many years.

Worship is only allowed once a year at the Borobodur Buddhist Temple, one of the most beautiful spots to watch the sunrise in the southern hemisphere.