19. Avenue of the Baobabs, Madagascar 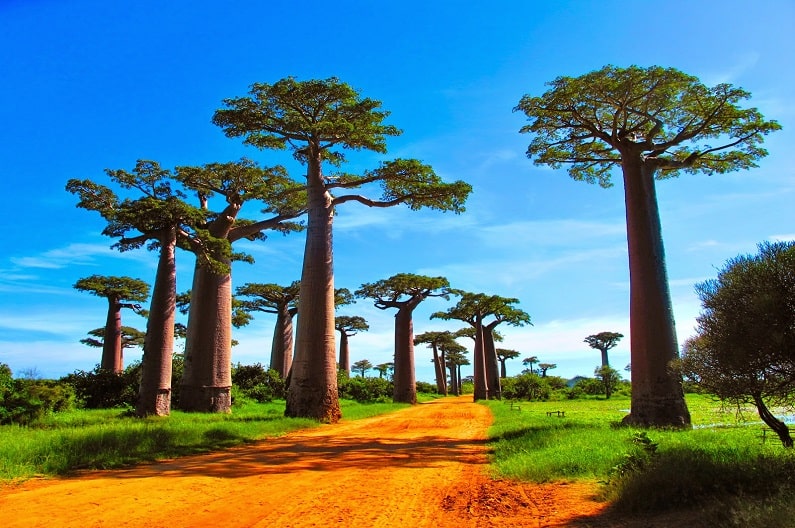 Baobabs Street is a prominent group of Grandidier’s baobabs that line the dirt road between Morondava and Belon’i Tsiribihina in the Menabe region of western Madagascar. Its stunning scenery attracts travelers from all over the world, making it one of the most visited places in the region.

Baobab trees, known as Renala (Malagasy for “forest mother”), are up to 2,800 years old. They are the legacy of the dense tropical forests that once flourished in Madagascar. The trees did not initially rise in isolation over the desolate scrub landscape but stood in a dense forest.

Over the years, as the country’s population has grown, forests have been cleared for agriculture and only Baobab trees remain, which locals have preserved for their own sake as well as for their value as a food source and building material.