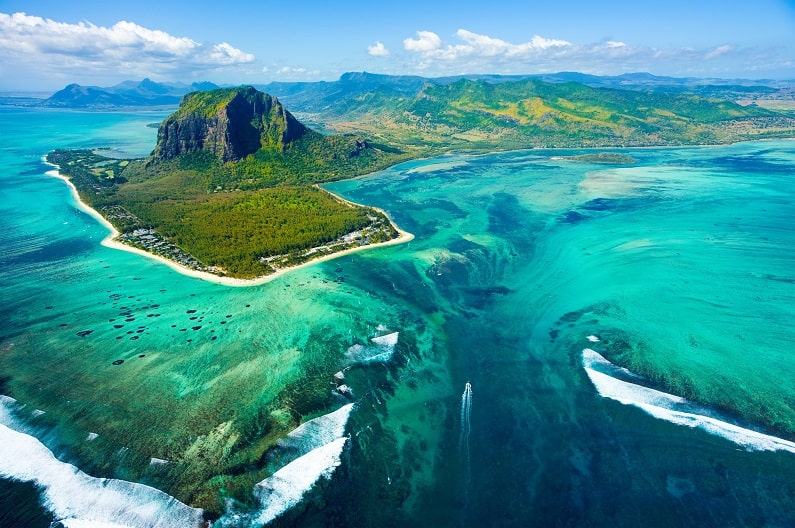 The world harbors extraordinary treasures that humanity still hasn’t been able to solve. There are some places that make a name for themselves with their legends and unusualness. Here is the Mauritius Underwater Waterfall, a place of natural wonder that shudders at first glance but then becomes an illusion;

Located in the Indian Ocean, the island country of Mauritius is home to one of the most interesting natural phenomena in the world. About 2,000 kilometers from the southeast coast of Africa, on the southwestern tip of the island, is the island of Mauritius, which creates the illusion of an underwater waterfall.

The deceptive image created in water due to the layers of sand and silt is particularly impressive in aerial shots. In fact, the illusion in question can even be seen on Google Maps. Elevation above the water is Le Morne Brabant, a basaltic monolith with a peak of 556 meters above sea level. The summit covers over 30 acres on the Le Morne Brabant peninsula.