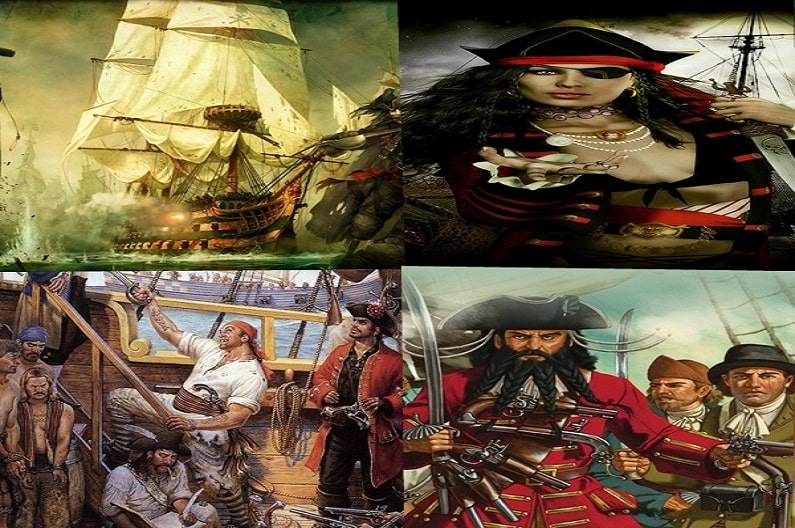 I think that one of the topics that everyone eagerly hears and even listens to with excitement is the stories of treasure hunters and pirates. When we were little, which of us never dreamed of finding a treasure map and pursuing adventure?

Although we are content with dreams on this subject, many people in the 17th and 18th centuries, namely the period of the “Golden Age of Piracy” of pirates, adopted piracy as a “profession” and for this reason, even magnificent ships were designed. Let’s take a look at the world’s most famous pirates and their most famous treasures together. 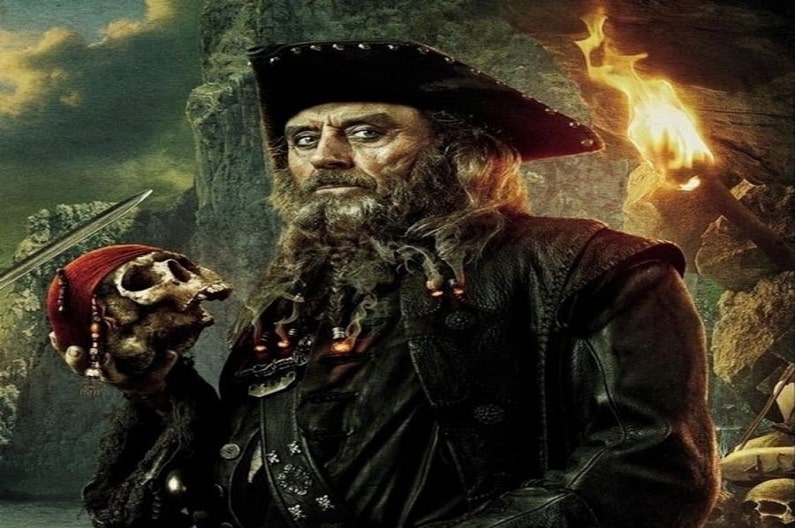 If we ask who is the most famous and scariest pirate in the world, many of you will answer the famous Blackbeard Edward Teach. Edward Teach, the most popular pirate in the world, is known as Blackbeard with his long and braided black beard. Blackbeard, who always wears a tricorn hat, is a pirate who has inspired many books, games, and movies, notably Pirates of the Caribbean, with his Indian hemp pipe hidden in his beard and multiple pistols and daggers hidden in his chest.

Blackbeard, who was among the most feared people of his era in the era known as the Golden Piracy Age, looted more than 40 merchant ships in the Caribbean with his 4 ships and about 300 pirates working within him. Although he is an Englishman, he is known to attack British ships most. Blackbeard’s reputation and his being such a terrible person is of course not just about his victories. His interest in voodoo and the dark arts, his love for torture is also known details about the famous pirate. 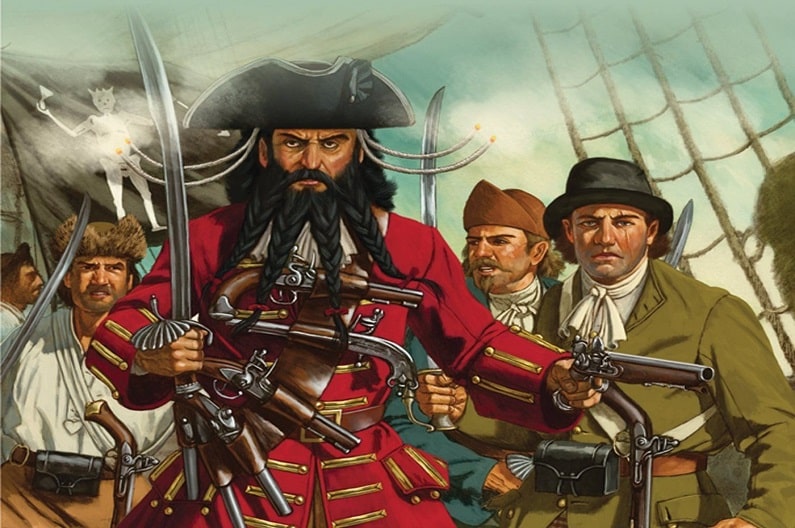 Blackbeard was offered land and title for peace by the British. Although the famous pirate accepted this at first, he preferred to get tired of normal life and return to piracy because he spent years in the seas. There are two rumors about Blackbeard’s death. One was that the pirate was captured by the royal navy and the other was killed by money hunters. According to the legend, the headless body of the pirate, who was beheaded, disappears in a legendary way after 3-4 tours around his ship.

The Blackbeard, whose cut head was hung near the Virginia Hampton River as a warning to other pirates, is thought to be a huge treasure and is now being sought by many treasure hunters in the Chesapeake Bay and in different parts of the Caribbean. 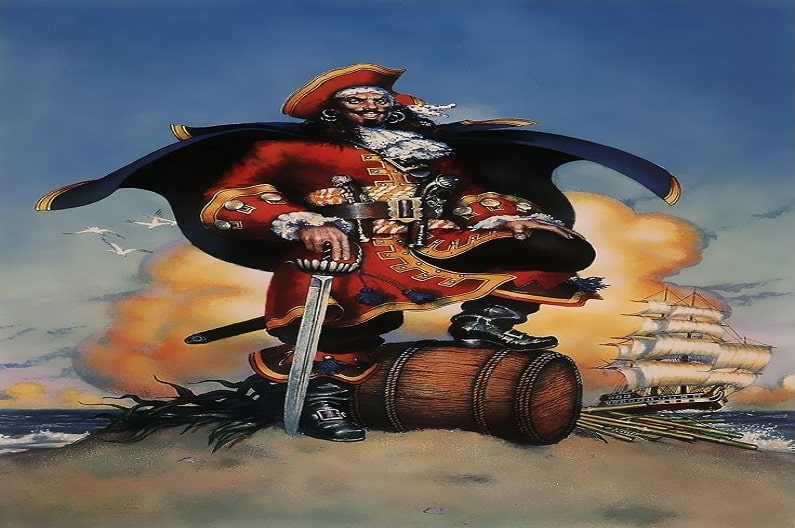 Welsh Henry Morgan, one of the most famous pirates in the world, mentioned frequently in official sources, is one of the most feared captains in the Caribbean in the late 1600s. While he was one of the official looters of the British Crown at first, he has declared a pirate with his attack on the French harbor. 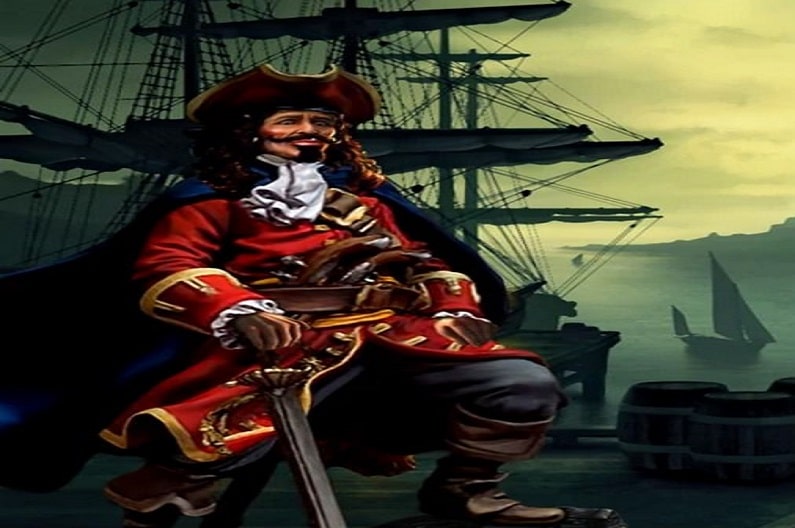 The greatest achievement of the famous pirate Henry Morgan, who is known to have plundered nearly 400 ships, is his capture of the largest city of the period, Panama City with 1500 soldiers. Captured in the same period due to piracy activities, the pirate was the King of England II due to the war between England and Spain. It is released by Charles.

Moreover, he was appointed as deputy governor of Jamaica by taking the title of “Sir” when he should be executed. For this reason, Henry Morgan, who lived a respectable and wealthy life throughout his life, is one of the few pirates who were not caught and killed as a pirate; it is even known that he died of tuberculosis while living in joy. 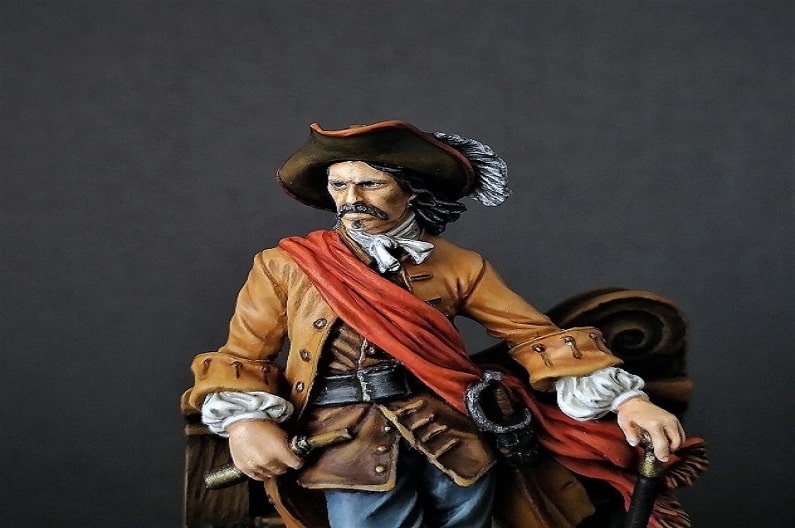 Anyone who hasn’t heard of Captain Kidd? I’m talking about the Scottish William Kidd serving New York, who inspired Robert Louis Stevenson’s book Treasure Island. Famous pirate William Kidd is someone who happens to be a pirate by chance. How Does? William Kidd, whose first sea adventure began with a pirate hunt in the Indian Ocean in 1696, was forcibly elected captain by a pirate team and suddenly became a pirate!

It is known that due to the outstanding achievements of William Kidd, he was given the ship “Adventure Hurricane” and everything that was looted. Although he preferred to attack only French ships in his piracy career, he gave up this insistence after a while. Famous pirate William Kidd’s biggest mistake is attacking an unarmed ship belonging to an Indian shipping company. Thereupon, a prize is placed on the head of the pirate. 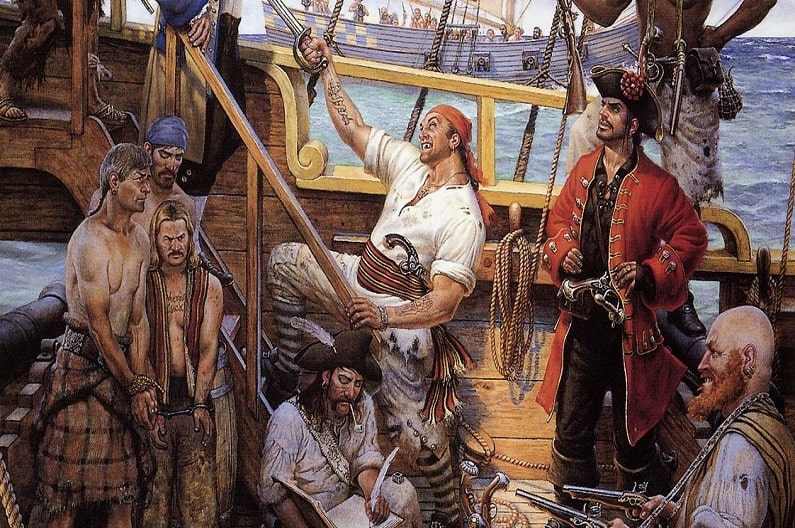 William Kidd is said to have buried his valuables and loot near New Jersey before he was killed. The famous pirate, who was caught in Boston, was hanged on a gallows in London in 1701, and his dead body was poured with tar and hung in the River Thames for warning.

The treasure owned by the famous pirate has been sought by treasure hunters for centuries. According to historical records, the treasure with 17th-century Spanish coins is thought to be located near Cliffwood Beach in New Jersey or on a small island called Money Island. But today there is no Money Island, and if the treasure is there, today it is a fact that this treasure is unattainable. 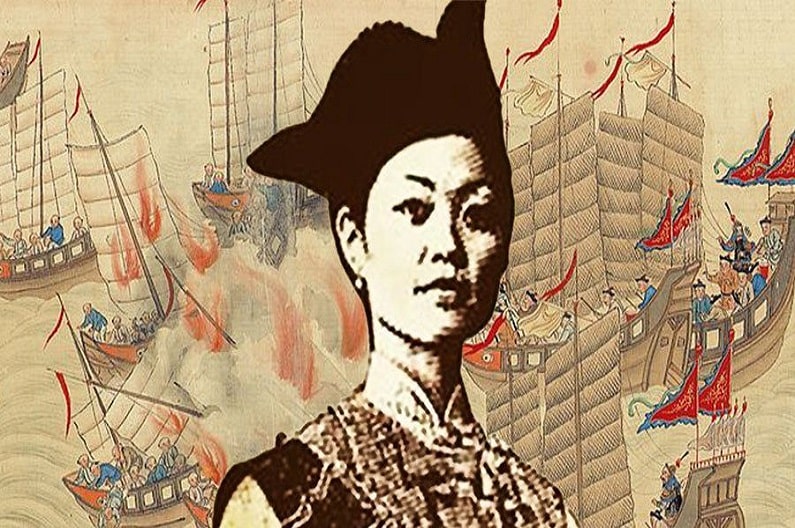 Did you think that a woman cannot be a pirate because, according to legend, having a woman on a ship is known as bad luck? Ching Shih, one of the most successful, most famous pirates and women! Moreover, a pirate with equal powers with her husband. Madam Ching, who spent her life doing sex work on ships, marries Zheng Yi at the head of the pirate ship named Red Flag Fleet, and her life changes! The couple, who started to manage the fleet together, soon established the largest pirate community in history.

Ching Shih, who usually pillages the southern regions of China, imposes very strict rules on his fleet. Do you say to nail the resisters to the ship, to record all the loot obtained, and to behead people in a wrong situation? The famous pirate, who is also very sensitive to women because he is a woman and a former sex worker, is very against rape and is executed if a pirate rapes a woman. Pirates who want to marry female prisoners can get married, but betrayal is strictly prohibited. 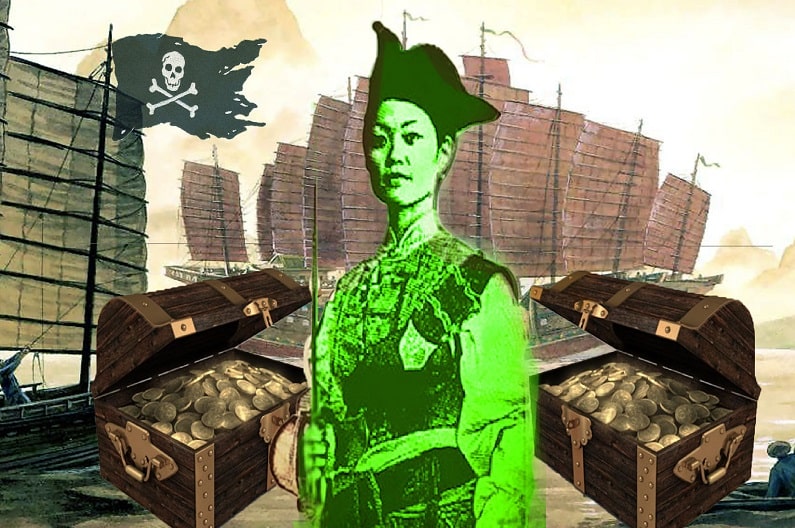 These rules, along with discipline, were Ching Shih, who had more than 1500 ships and more than 80,000 prisoners at the height of his piracy life. Madame Ching, who expanded the fleet after her husband’s death, poses a threat to the Chinese Dynasty when she reaches the power to own almost half the country, and the Chinese Dynasty is pardoning her. So Madam Ching lands and runs a casino until his death. Ching Shih is also the inspiration for the character Mistress Ching in the Pirates of the Caribbean series. 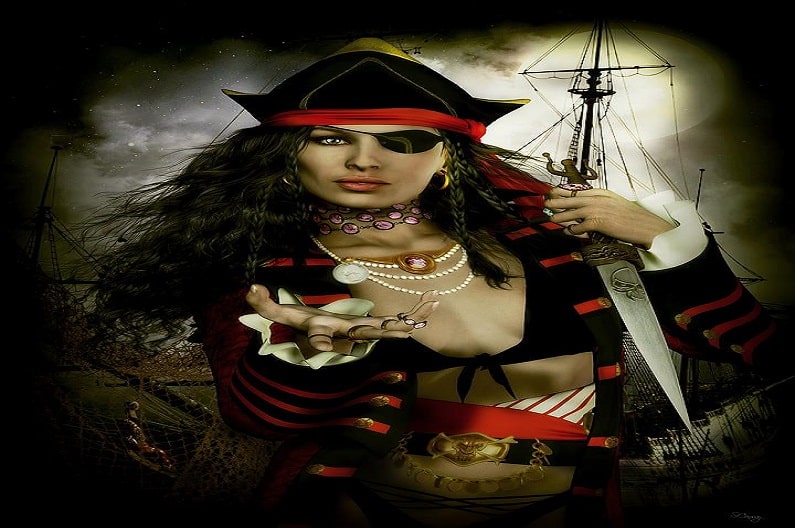 Anne, who is a pirate woman we are familiar with from the TV series Black Sails and learns to stand on her feet because she lost her mother at a young age, falls in love with a pirate named James Bonny at the age of 16 and marries him by running away. One day James Bonny is caught and Anne is left alone. Thereupon, he disguises himself on a ship disguised as a man.

Anne, who can easily hide her identity because she uses knives very well and fights, falls in love with the captain of the ship, Jack. This is how Anne Bonny’s pirate story begins. Anne attacks many ships in the Caribbean with Jack the pirate. When her identity is revealed, she becomes pregnant with Jack and stays in Cuba to give birth to her child, but the child is stillborn. 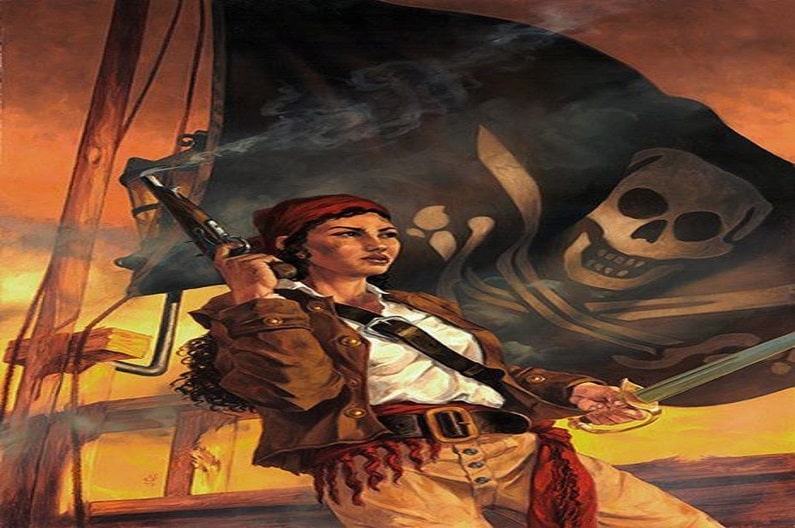 Known as two female captains in the Caribbean, Anne Bonny and Mary Read have succeeded in becoming one of the world’s most famous pirates by waving a sword on Jack’s ship for many years. What do you think happens next? Jack is caught, Anne Bonny and Mary Read tore from execution because they are pregnant. Mary dies in prison, Anne is on the run, and her destination is never known. 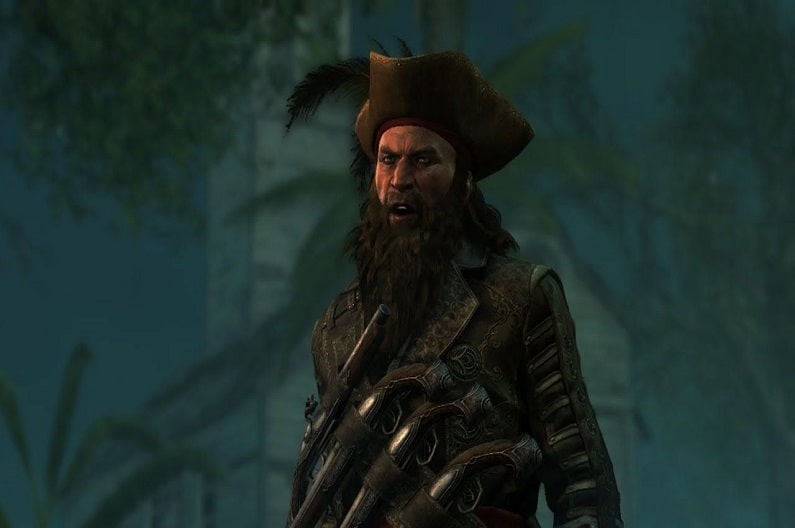 John Rackam, known as Calico Jack for his outfit, is a small-scale pirate who attacked local merchants in the early 18th century. The reason why he is among the most famous pirate captains in the world is his private life and strategies rather than his successes. Calico Jack, who is even said to have a community of mistresses on the coast of Cuba, owes his greatest reputation to his relationships with female pirates Anne Bonny and Mary Read. 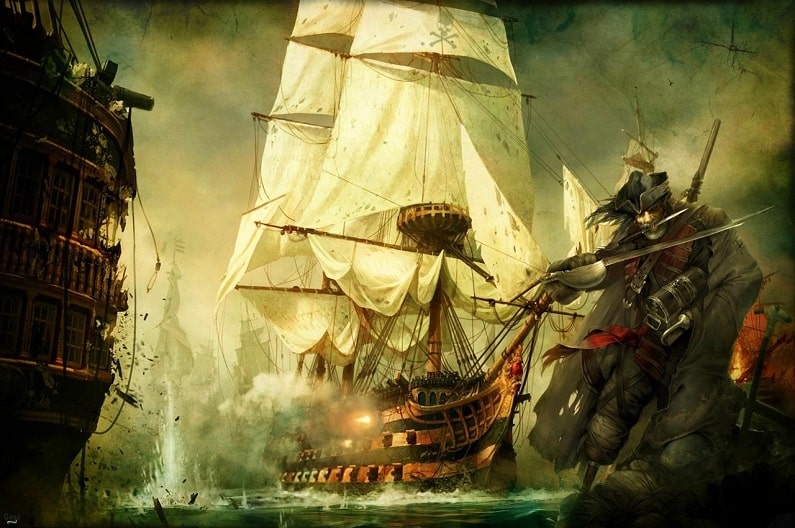 The biggest gain of Captain Calico Jack from piracy comes from the ruin of a wrecked ship. In the warehouse of the wreck they find, Golden pesos draw the attention of Calico Jack; but they are so many that they can only take a small part of them to their ships and bury the remaining treasure, and flood it.

In 1720, Calico Jack and his team were captured for acts of piracy. The famous pirate offers to tell him the location of the treasure he found if they released him, but Calico Jack is executed for not believing him. Calico Jack’s treasure, estimated to be worth 300,000 gold Mexican pesos, has not been discovered to date. The treasure is thought to be around the Ten Thousand Islands and is still sought by treasure hunters.