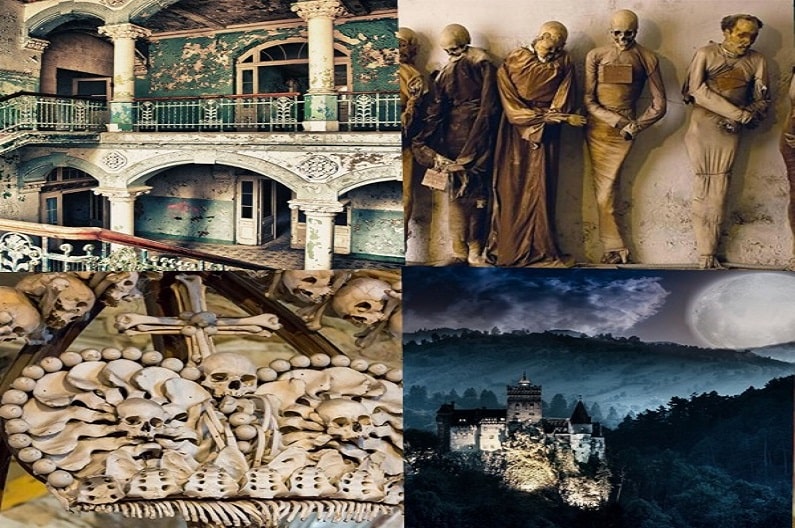 Scary places in the four corners of the world; It offers a 3D horror movie feast to its visitors. Of course, watching the spooky figures with the naked eye and wandering alone in the middle of desolation is not as easy as watching movies, especially at night. In case you still want to try your luck; We have compiled the 10 scariest places in the world for you.

1. The Island of the Dolls, Mexico 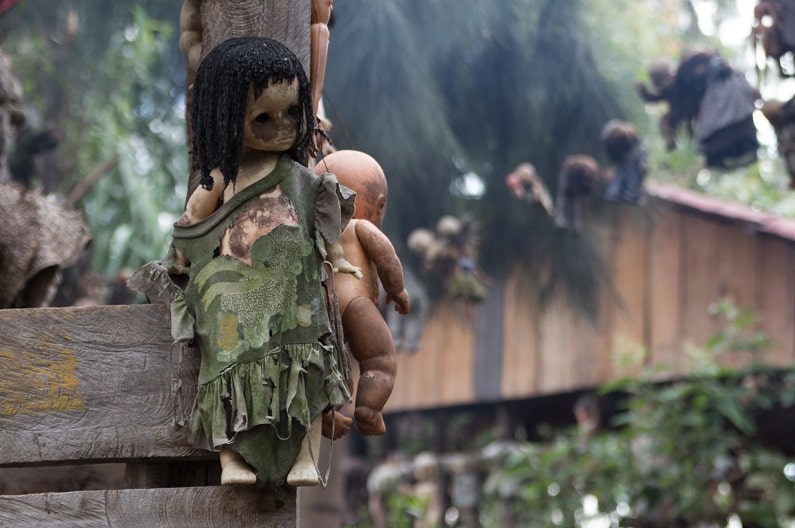 After talking about movie sets and reviving babies, it is worth noting this mysterious island in the rural Xocimilcho of Mexico. In every corner of the tiny islet surrounded by canals, there are old dolls with their arms and legs scattered to another side.

The story of this island, which is completely owned by dolls, is quite interesting. It all begins when a man named Julian Santana Barrera finds the body of a girl on the coast of the island. Until that date, the man who has been living alone on the island for 50 years is in trouble with the ghost of the girl after this encounter. 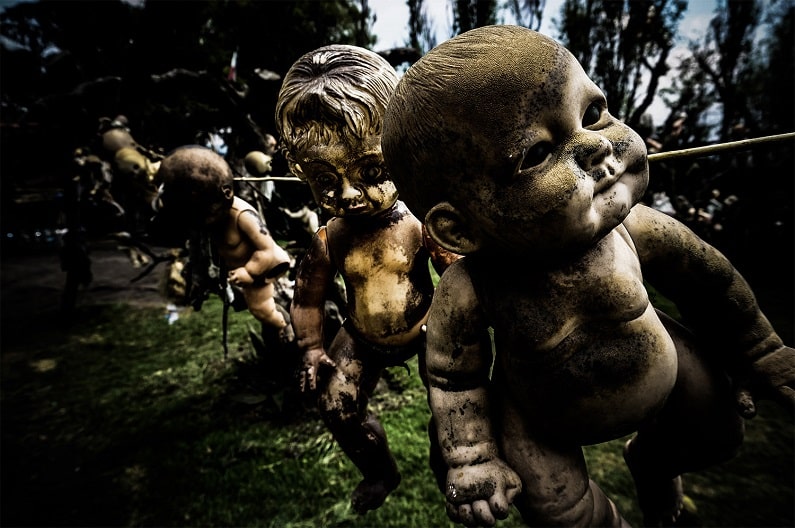 Dolls are signs of friendship that the man hangs from all sides to protect him from ghosts and evil spirits! Although Julian Santana Barrera died in 2001, the dolls are still in place. If you are curious about the island and find a volunteer captain, you can rent a boat on the canal and visit here. 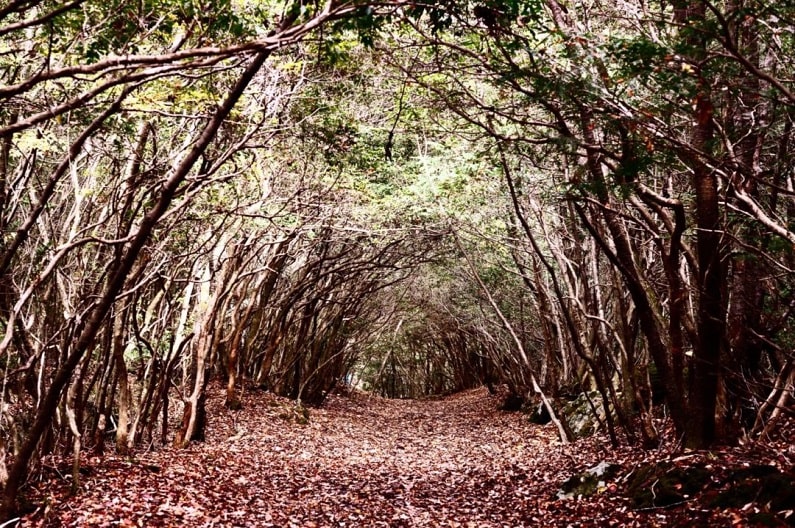 Fear stops in Japan; Aokigahara, which is unfortunately home to countless suicides. After the Golden Gate Bridge in San Francisco, the most suicides in world history have been carried out in this ancient place. It is known that more than 50 people went to this region in 2010 alone and ended their lives. In fact, anyone who wants to wander through Aokigahara, a forest of dense trees, should be very careful about the risk of getting lost and not proceed without marking his route.

*** You may be interested in;  The 10 Most Beautiful Botanical Parks in the World 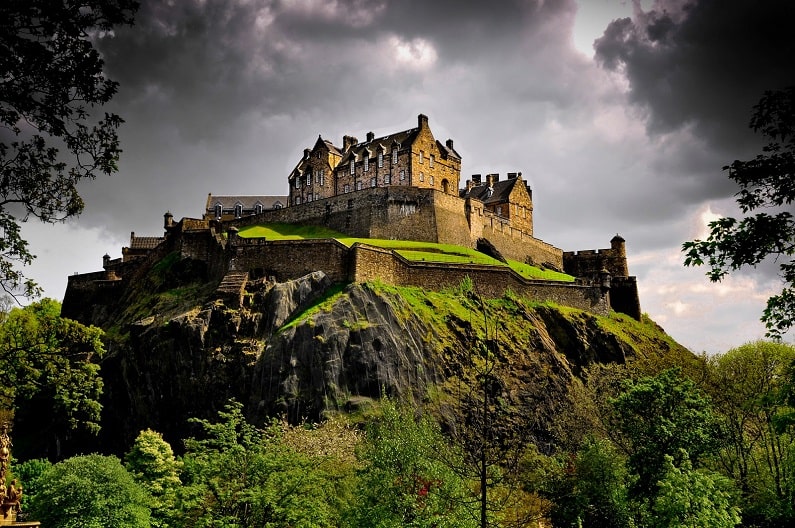 This magnificent castle perched on top of rocks in Scotland; A medieval fortress built for defense like all other castles The curse of this place is; It is understood that not a single person wants to guard here. That ghosts roam the empty corridors and dungeons of the castle; there are even those who believe that dead dogs are wandering around in their garden. 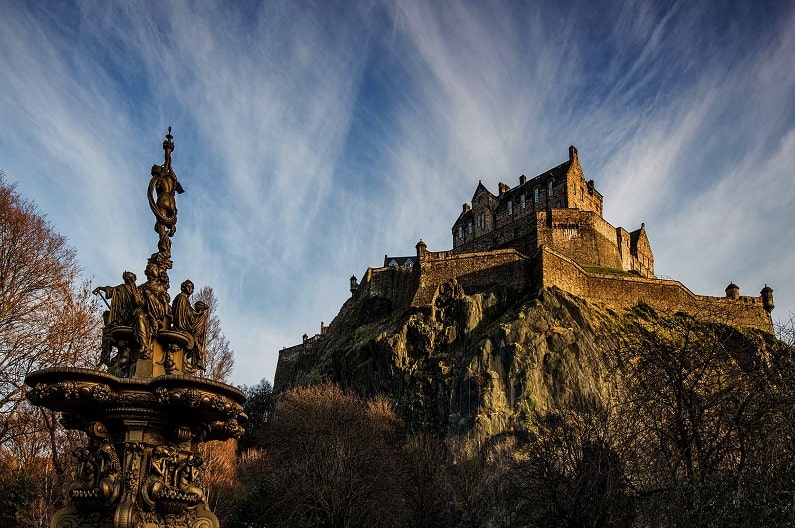 In 2001, a crowd of almost 250 people went on a small ghost hunt here. Although there is still no concrete evidence in the hands of those who have been waiting in and around the castle for 10 nights; they are well convinced that ghosts exist. A new generation of ghost hunters claims that at certain hours of the night the temperature suddenly drops and invisible hands are wandering over their clothes. 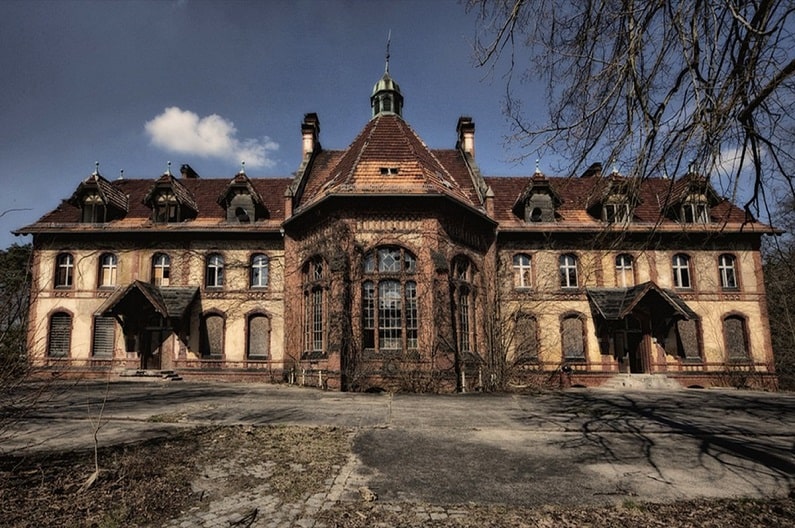 This old hospital in the Beelitz settlement of Germany; It’s like straight out of a TV show like American Horror Story or Walking Dead. Let us even point out that this place is included as the background in the Oscar-winning Pianist movie. This place seems to be abandoned to its fate nowadays; it is an old health resort that has witnessed the most brutal aspects of recent history. 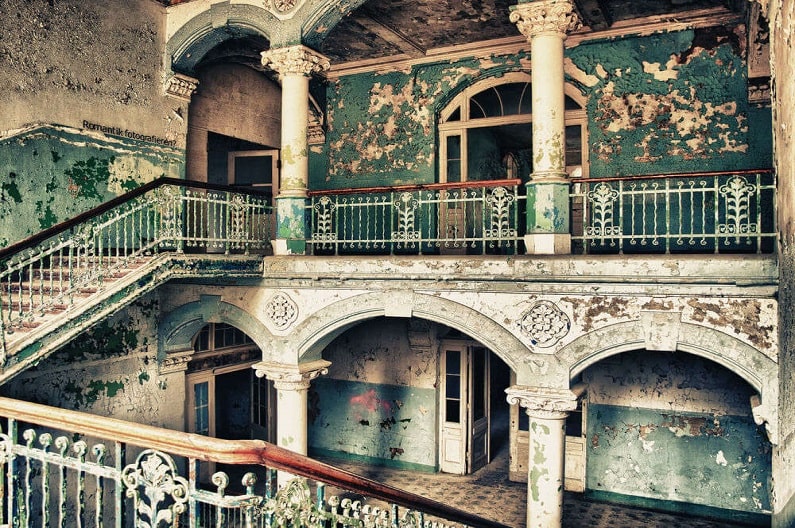 The hospital that served tuberculosis patients before the beginning of the 1900s; During the Hitler period, it became a place where Nazi officers were treated. Those who enjoy horror tourism can wander around the hospital; He can stroll through rusty beds and listen to the creaking of doors that are constantly slamming and making noise. In this place, which has been in ruins after 100 years of service, it is creepy to watch the dirty curtains that are still not removed. 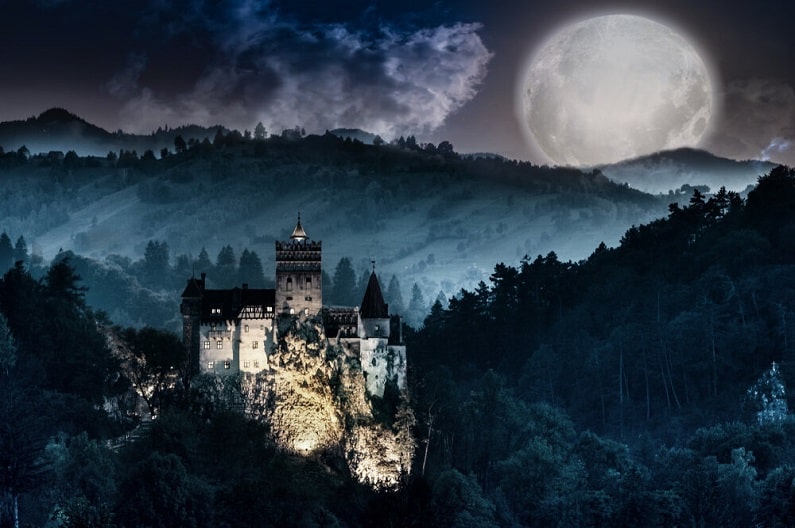 This structure, also known as Dracula’s Castle; should be visited on a stormy dark night if possible! In the middle of the walls exceeding 60 meters, the eye cannot see, especially during foggy periods. Built to protect the city of Bran; later served as a customs point, the castle became a stop for the Wallachian ruler, known as Kazıklı Voyvoda, for a while. 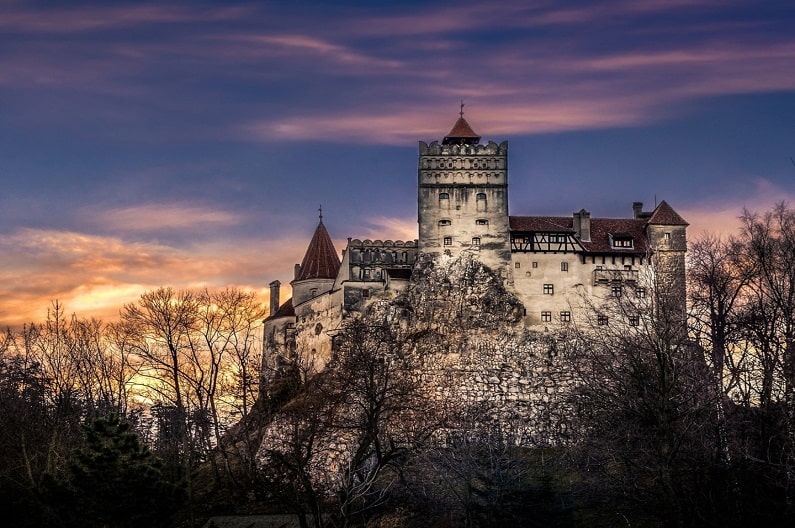 While creating Bram Stoker’s unforgettable hero named Count Dracula; It is thought to have been inspired by Vlad Tepeş, the Kazıklı Voyvoda. When both the fictional literary character and the real person inspired by him become so ruthless, it remains for the visitors to take a tour around the castle and shudder. 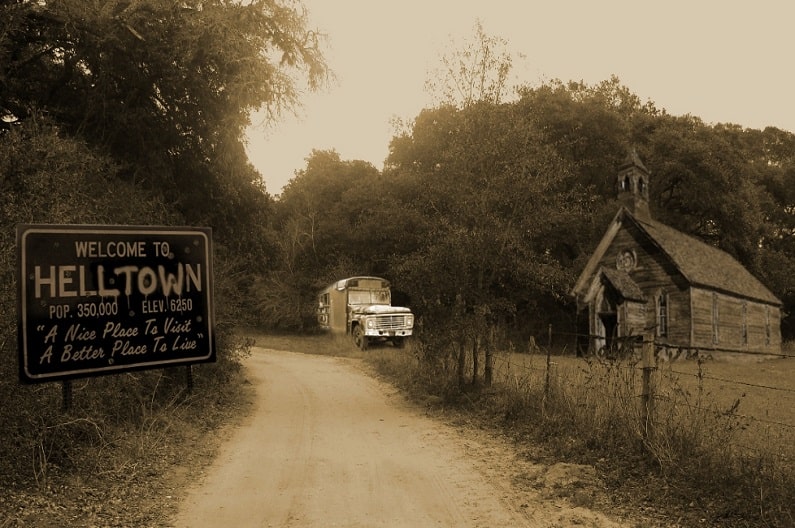 The town of Helltown, located in the state of Ohio in the United States, has completely evacuated the houses and other structures on the land purchased by the government years ago to build a national park. However, the fact that the project did not come to life for various reasons paved the way for hundreds of different ghost stories.

There are also those who believe the government is experimenting with chemical drugs and even creating a new kind of monster here; Those who claim that Satanists gather and perform rituals… In fact, the cemetery of this town is naturally deemed cursed.

*** You may be interested in; Discover Los Angeles Travel Guide in 10 Steps 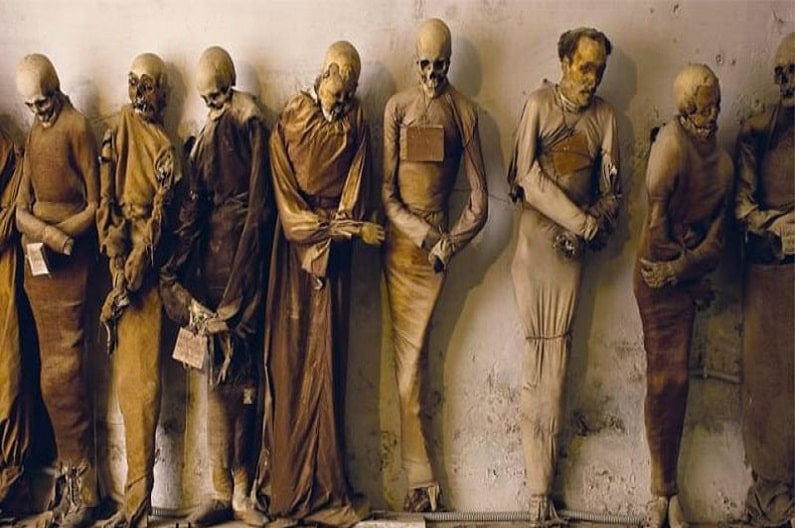 Located on the Sicily Island of Italy, this museum is definitely the scariest museum in the world. Although the tourists visiting Palermo city intend to see it as well; Some of them decide to come back while they are still at the door. This is actually an underground cemetery that has been used since 1600. 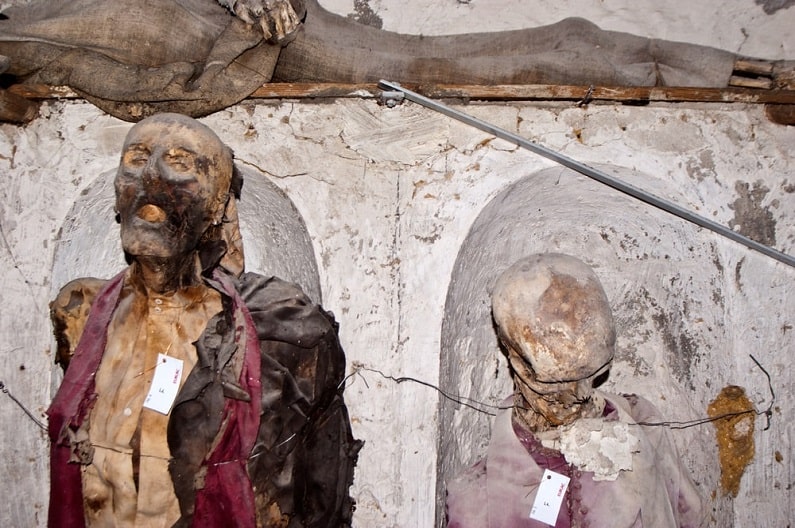 Local people who developed a Sicilian form of mummification; He begins to hide the dead bodies of priests, intellectuals, and respectable people here. Although the number of these bodies whose clothes were changed and cared for, reached 8 thousand; but 2 thousand of them are currently exhibited in the museum. One of the smallest mummies inside; A 2-year-old girl, nicknamed “Sleeping Beauty”, who looks at visitors with lively eyes.

*** You may be interested in; The 6 Best Amazing Cities and Towns in Sicily 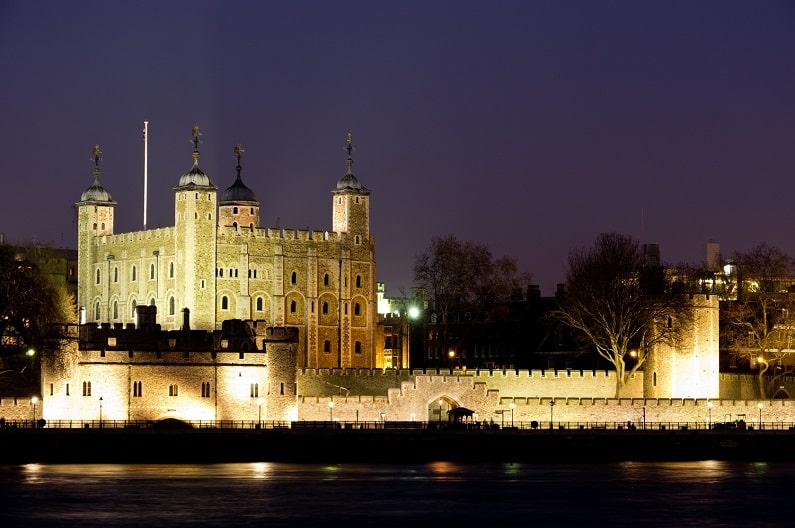 The painful stories that are lived behind the gray stone walls and become legendary make the Tower of London scary. With its 27-meter long walls, this tower has become the last stop for important historical figures.

Among those who lost their lives in the tower; There are also Anne Boleyn and Cathrine Howard. The legend “The Princes in the Tower” is about the disappearance of brothers named Edward and Richard, who were candidates for the throne, after their father’s death. This mysterious event has not been uncovered 500 years ago. 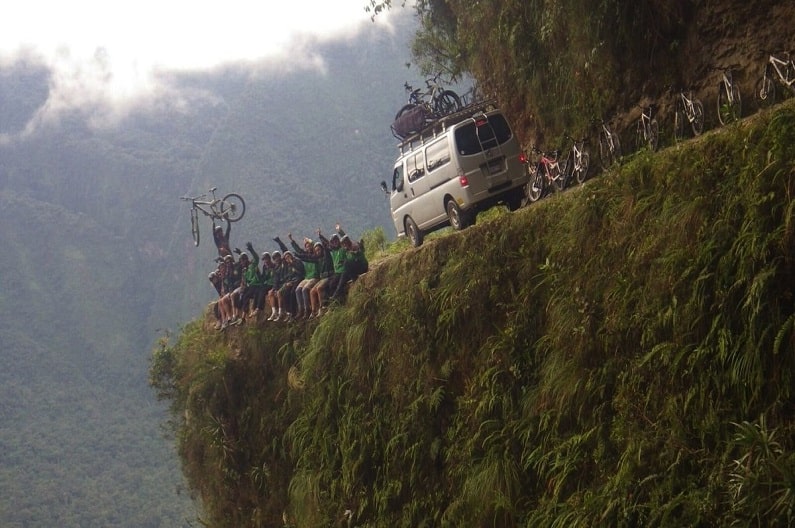 Next is difficult geography, also known as “Death Road”. North Yungas Road, located in Bolivia, is also known as the hardest road in the world. There are statistics here that at least 200 deaths occur annually. As there is no security measure around the huge cliff of thousands of meters; Natural phenomena such as rain and fog also limit the field of view. Although Death Road is enough to scare people even with its painful statistics, adrenaline enthusiasts do not hesitate to climb here, especially by bicycle. 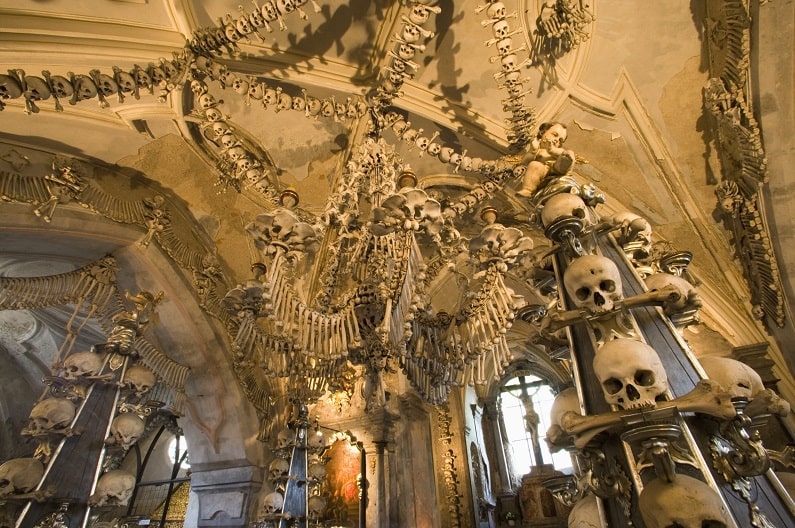 Located in the Czech Republic, this tiny chapel is absolutely terrifying because of the thousands of human bones inside. Among the highlights of the interior decoration of the temple in the town of Kutna Hora; There are even chandeliers made of bones and wreaths made of skeletons. 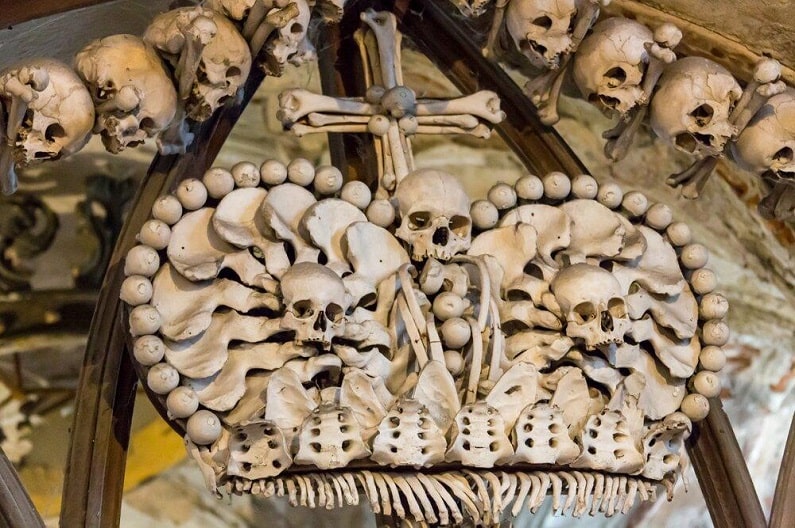 The story of the bones piling up here is also very interesting. A handful of land brought from Jerusalem by the monastery’s priest; makes everyone want to be buried here. As the number of corpses increases, along with plagues, civil wars, and mass deaths, the bones begin to be displayed to remind people of death. The bone museum, which hosts bones of 70 thousand people, is visited by approximately 200 thousand local and foreign tourists every year.