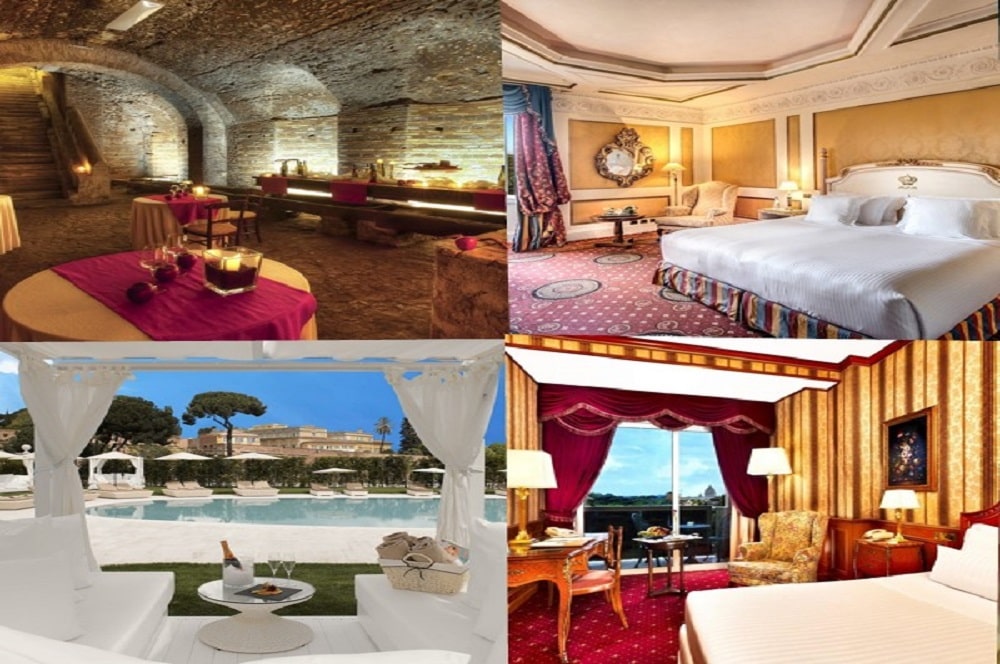 The sprawling city of Rome remains one of the world’s most important stops, thanks to its flawless mix of Old World wonders and modern tastes. The ruins of the Colosseum, its iconic fountains, etc. All this and more beckons. Rome is a beautiful, winding city full of places to explore.

If you want to make your trip in Rome known as the “Immortal City” different, add a stylish touch to your holiday by staying in one of the most luxurious Rome hotels or having a coffee in its restaurant! You will feel yourself belonging to a different time among the crystal chandeliers and marble floors.

*** You may be interested; Top 10 Places to Visit in Rome 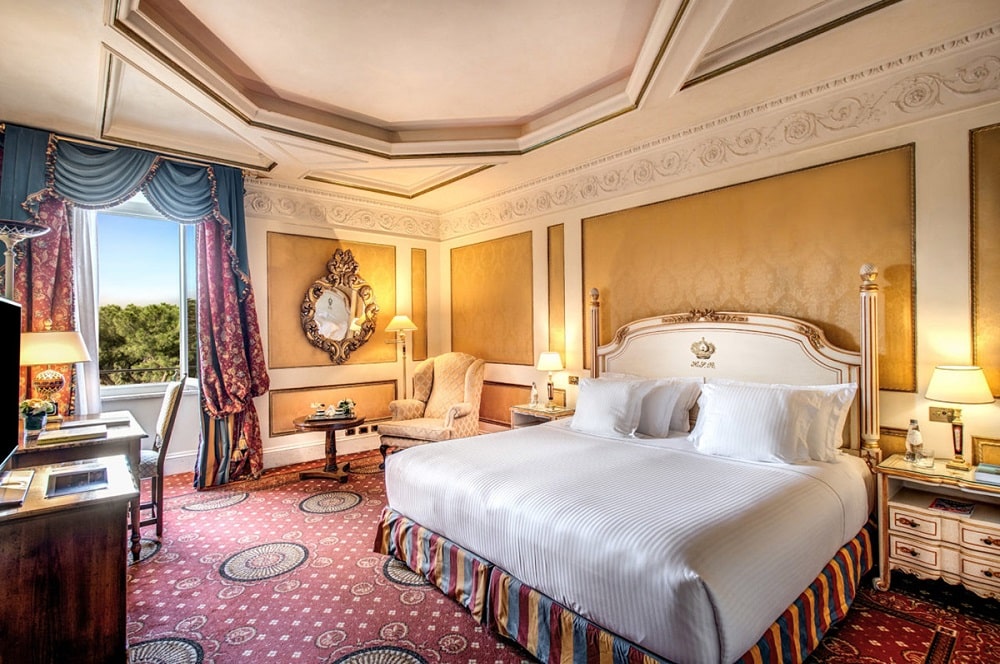 Villa Laetitia on the banks of the Tiber River has 15 small apartments, each uniquely decorated, reflecting a magnificent mix of contemporary design and luxury. The rooms feature a Picasso-patterned scarf, a 1930’s sofa designed by Van der Rohe, and items designed by Chanel and Dior. At Villa Laetitia, one of the most dazzling Roman hotels, it is possible to enjoy the evening on your own private terrace or garden. 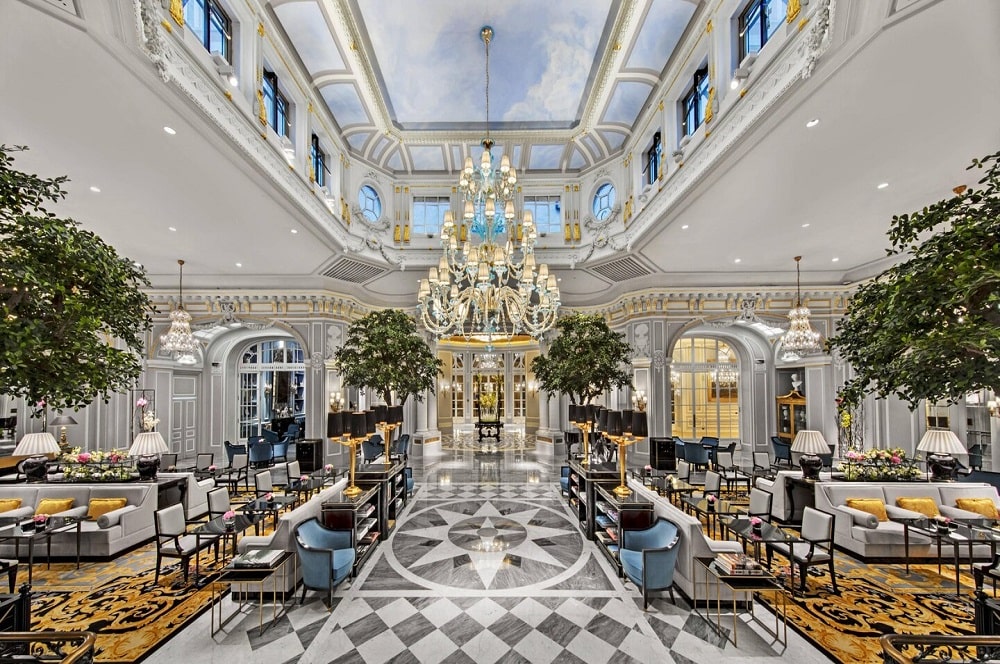 Designed by César Ritz in 1894, this hotel was famous for being the city’s first private bathroom hotel and having two huge electric lamps in each room. Over the years, this magnificent hotel has hosted the cream of world society from industrialists to members of the British Royal Family, from artists to politicians. Close to the Spanish Steps and Trevi Fountain, the hotel offers a perfect choice for those who want to spend an Audrey Hepburn-style Roman holiday. 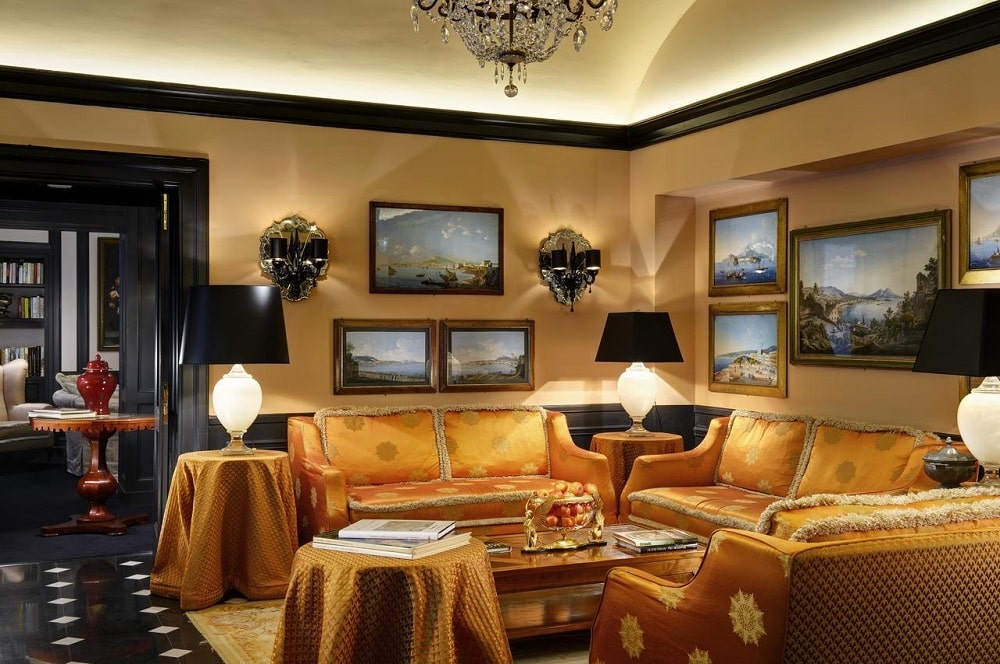 Situated in a private villa in the exclusive Parioli area, Lord Byron is the perfect choice for romantic getaways. It’s also a great place to go alone if you want to pamper yourself on a weekend. Elegantly decorated rooms, terraces, marble floors and a collection of paintings that hang in every room, this hotel has a famous restaurant. This restaurant, called Sapori, is considered one of the best restaurants in Rome.

*** You may be interested; 10 Countries With The Most Handsome Men In Europe 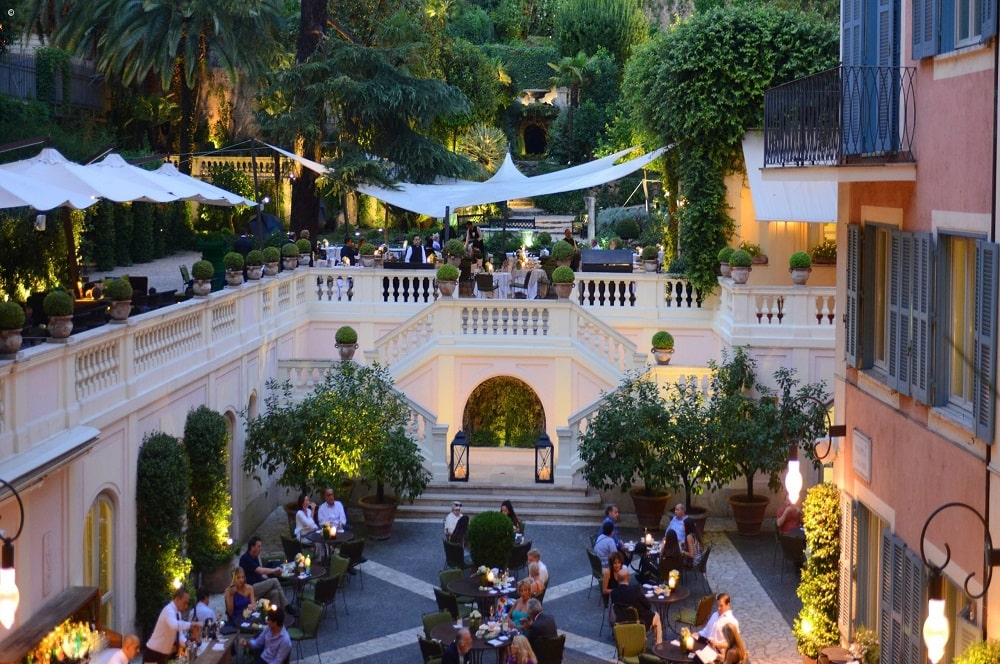 De Russie; An elegant Roman hotel visited by many famous artists from Picasso to Stravinsky and Cocteau. The hotel, which has managed to preserve its charm in the 1800s with its external appearance, has also incorporated the comforts of contemporary life by adding comfortable beds and a spa section. As you stroll through the magnificent garden of the hotel, you will feel as if you are miles away from the people wandering like a herd of ants in Piazza del Popolo, at the corner of the hotel.

*** You may be interested; The 6 Most Interesting Bubble Hotels in the World 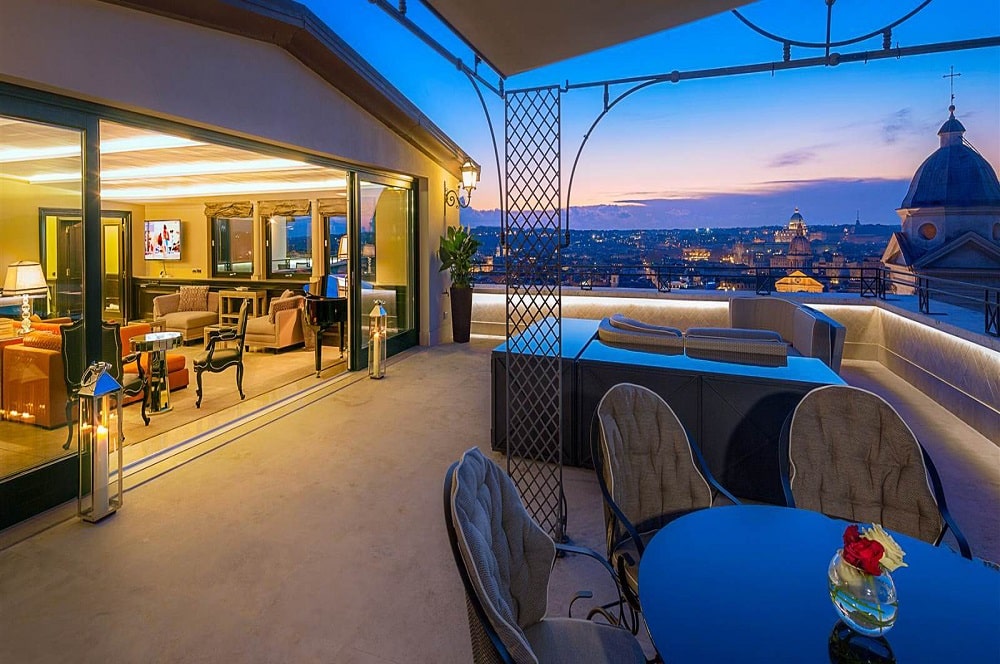 This precious, family-run hotel has a reputation that surely surpasses itself. Overlooking the Spanish Steps, St. Aside from its incredible location with Peters view, all of the rooms of this hotel, where Woody Allen is a regular guest, are furnished with velvet-covered furniture. It’s easy to think of yourself in a Woody Allen movie while watching the magnificent view from the Hassler, one of the most distinctive Roman hotels.

*** You may be interested; The World’s Most Famous 10 Luxury Hotels 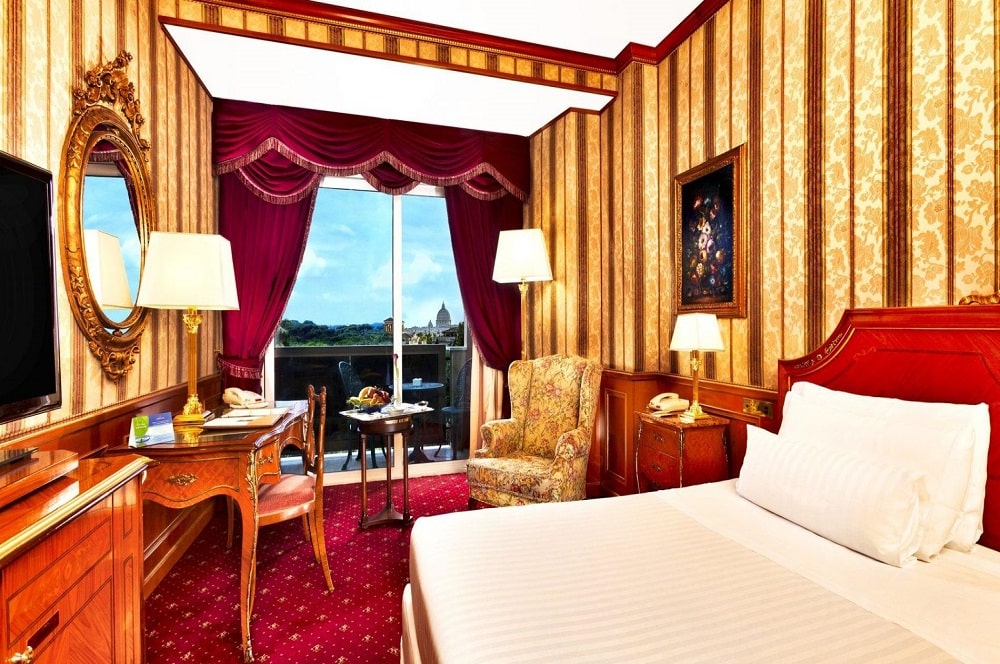 Ask yourself, “How can I enjoy village life without leaving the city?” When you ask, our answer is by staying at the Parco dei Principi! Behind the trees surrounding the hotel is a wonderful view with the domes of the Vatican, a swimming pool surrounded by colorful flower beds, rooms decorated with crystals and ornate fabrics, as well as a magnificent spa that is worth visiting by itself. It is a privilege to be in this stunning Rome hotel, just outside the city but close enough to the city center that you cannot miss anything Rome has to offer. 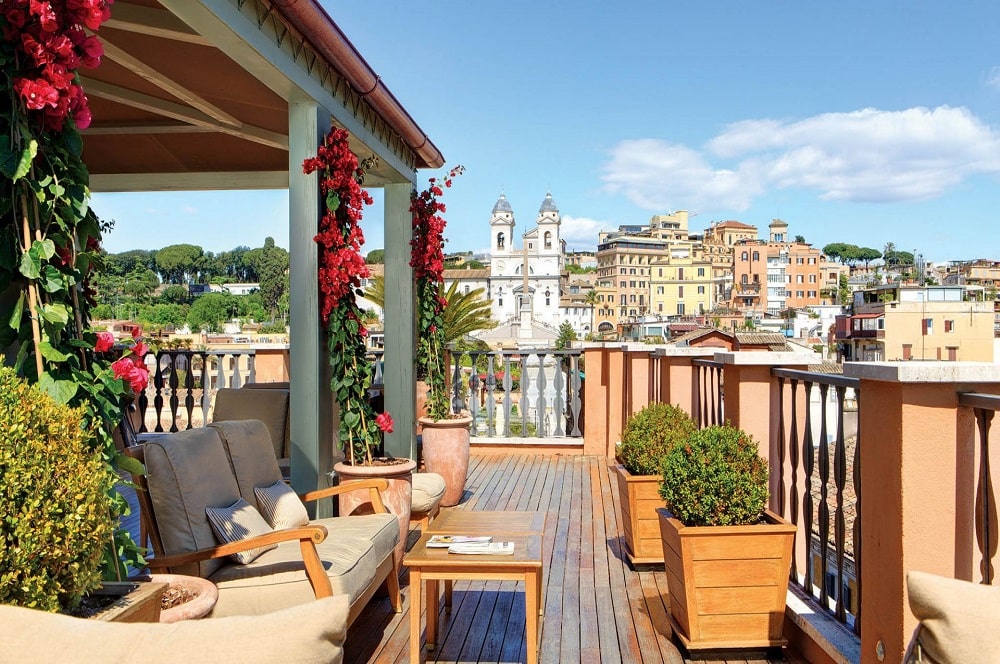 Surrounded by designer boutiques in Rome’s most popular area, Portrait Roma is a true paradise for fashion and design fans. Designed by a local architect but founded by renowned fashion designer Salvatore Ferragamo, this hotel would be the perfect set for an episode of Sex and the City. In addition to cashmere bedspreads, large dressing rooms, the place where some pieces from the top of the world fashion (such as Marilyn Monroe’s shoe bill) are perfect for those who like to show off.

*** You may be interested; World’s 11 Most Impressive Ice Hotels 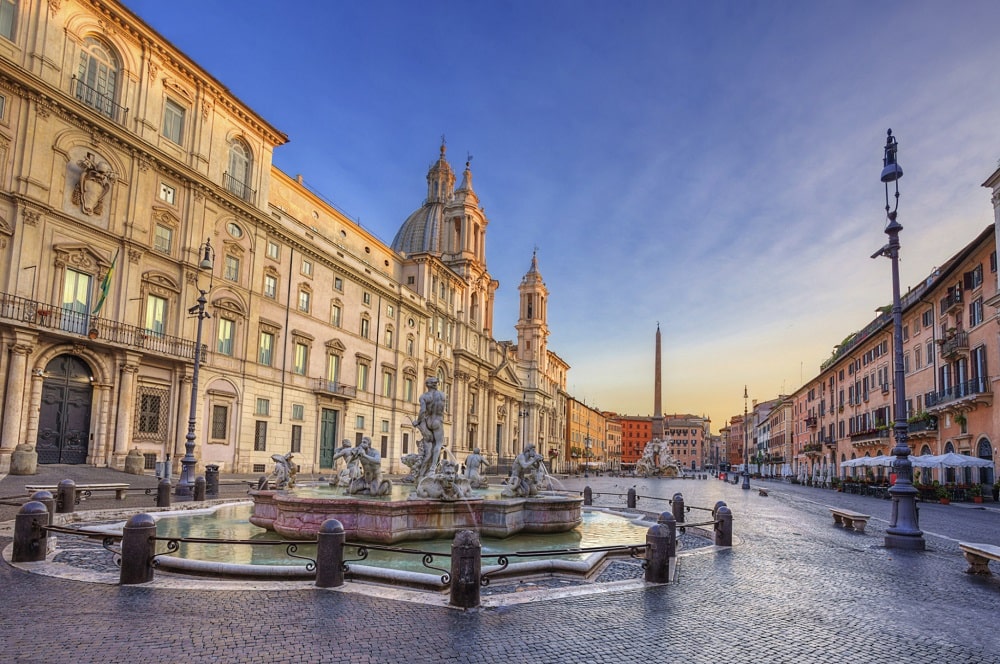 Located in a narrow street near Piazza Navona, between artisan shops and flower stalls, Hotel Teatro Pace has an elegant atmosphere that doesn’t go overboard. Once the home of one of the Cardinals in Rome, the building preserves many of its original features from that period, such as the spiral staircase in the foyer, wooden floors, and high beams with bare ceilings. A roof terrace has been added to the building, from which guests staying in a suite room can enjoy stunning rooftop views of the city.

*** You may be interested;The Most Colorful Celebration of Italy Venice Carnival 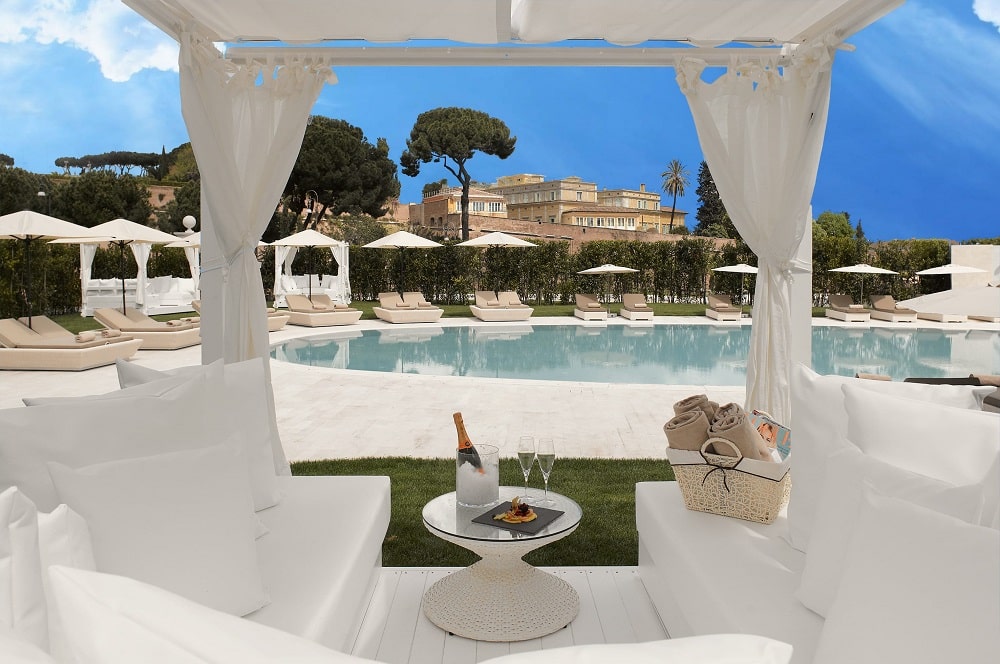 Resembling a palace rather than a hotel, Gran Meliá is located in an ancient mansion called St. It is a few steps away from Peters and Castel Sant Angelo. Combining traditional looks with avant-garde designs, the hotel has a swimming pool, library, gourmet restaurant and of course a very nice spa. After a day’s stay in Gran Melià, one of the most luxurious hotels in Rome, you will get so used to relaxation that the world outside will feel like a very old memory.

*** You may be interested; 17 Top-Rated Tourist Attractions in Italy 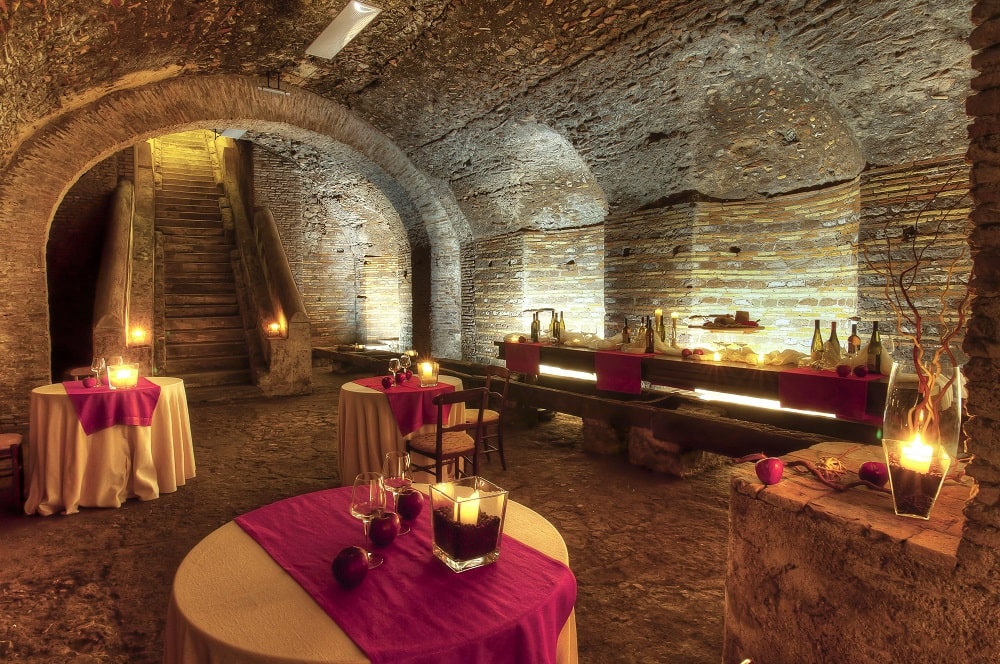 The Trastevere region is very lively and a must-see neighborhood for those traveling to Rome. Donna Camilla Salvelli hotel, which is a restored historical building, can have a pleasant time in its garden surrounded by stone walls. There is also a nice terrace where you can enjoy the beautiful weather in summer evenings.