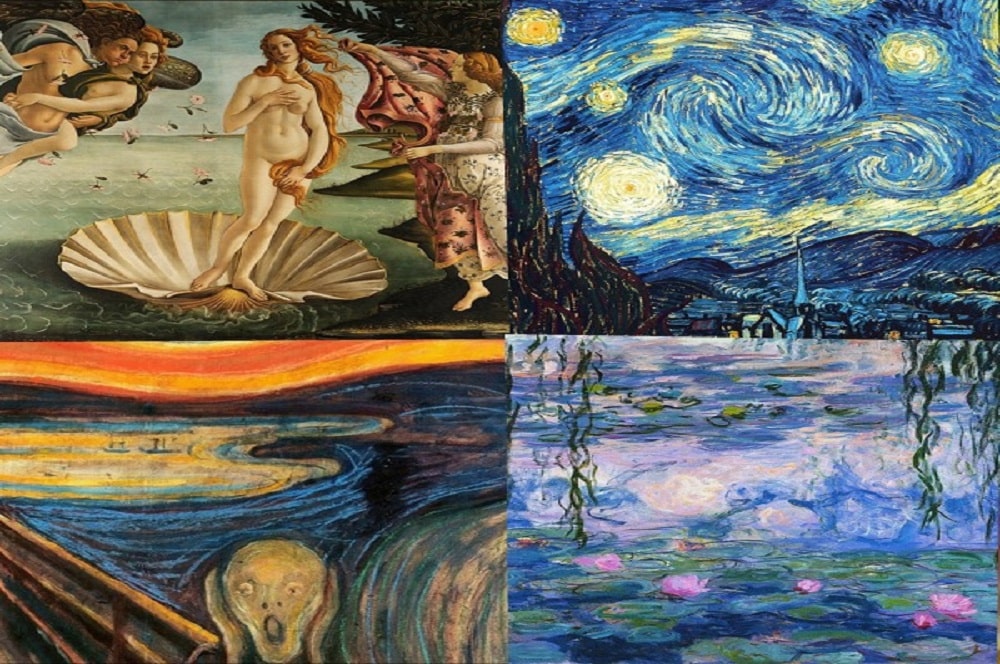 Most of the time, there is nothing as impressive as seeing what you wonder in life with your own eyes. This is why traveling is good: discovering new cultures, seeing beautiful landscapes, and being able to explore once-in-a-lifetime artifacts.

If you’re looking for an encouraging reason to travel, there is no better incentive than the paintings the world has covered miles to see. Every trip to the world’s priceless paintings means a new excitement, a new adventure. Don’t waste too much time traveling and seeing the world’s most important works. Here are 10 artworks that you must see before you die: 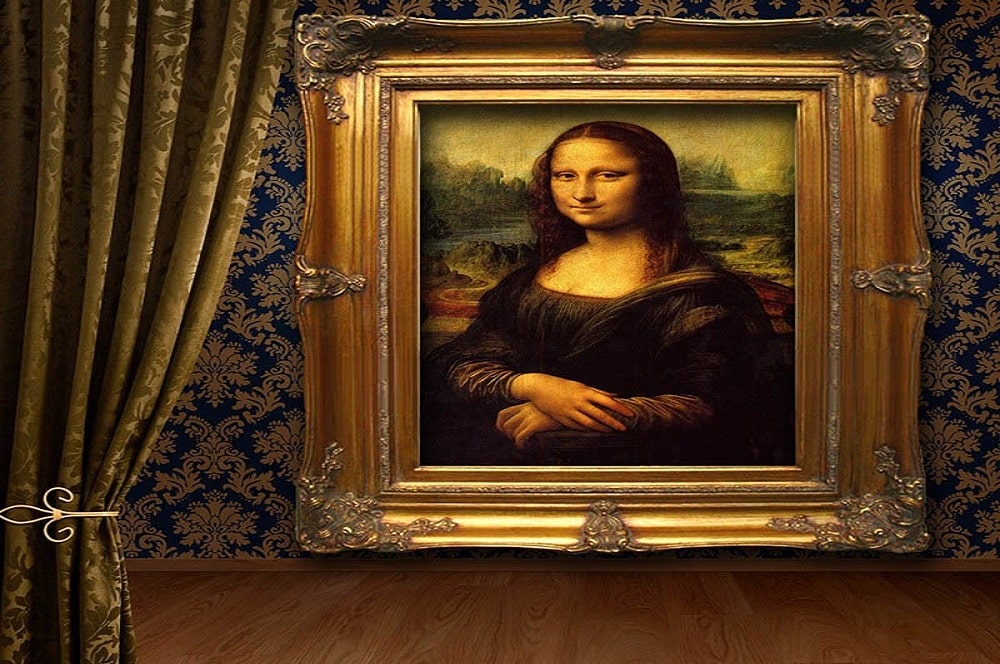 In fact, many different Paris lives in Paris. That’s why this city manages to hide something that will surprise you every time you go. If there were gods of art, fashion, and gastronomy in mythology, the magical city blessed by all three gods would definitely be Paris. Paris is also a museum city, with the magnificent buildings of its museums, the artifacts it preserves and hosting the hottest periods of European history.

The Mona Lisa, painted on a poplar panel by Leonardo da Vinci in the 16th century in Italy, in the Renaissance Period, bears Leonardo da Vinci’s signature. The chest, neck, and face of the woman depicted in the painting da Vinci started in 1503 and completed in 1507 are much brighter than her hands. Mona Lisa, which is the most famous painting in the world, welcomes millions of tourists every year at the Louvre Museum in Paris. The Louvre Museum, opened in 1793 as the first state museum of France, is one of the symbols of this city. 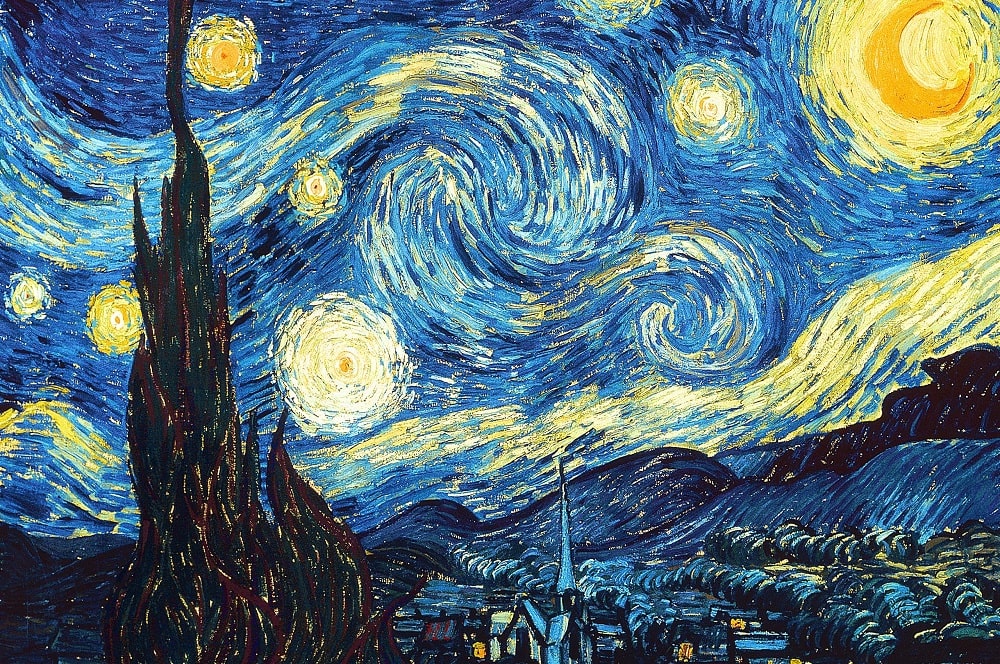 New York is always full of surprises. This city, which succeeds in combining the never-ending traffic, the people who are constantly trying to catch up, entertainment and culture among the working pace, makes a name for itself with its respect for classical works, although it is mentioned with modern artworks and examples of contemporary art.

The ‘Starry Night’, one of the artist’s most important paintings, made by the Dutch after-impressionist painter Vincent Van Gogh in 1889, is on display at the New York Museum of Modern Art. From the window in his room in the sanatorium, Van Gogh painted the village of Saint-Rémy-de-Provence at night, using his imagination. 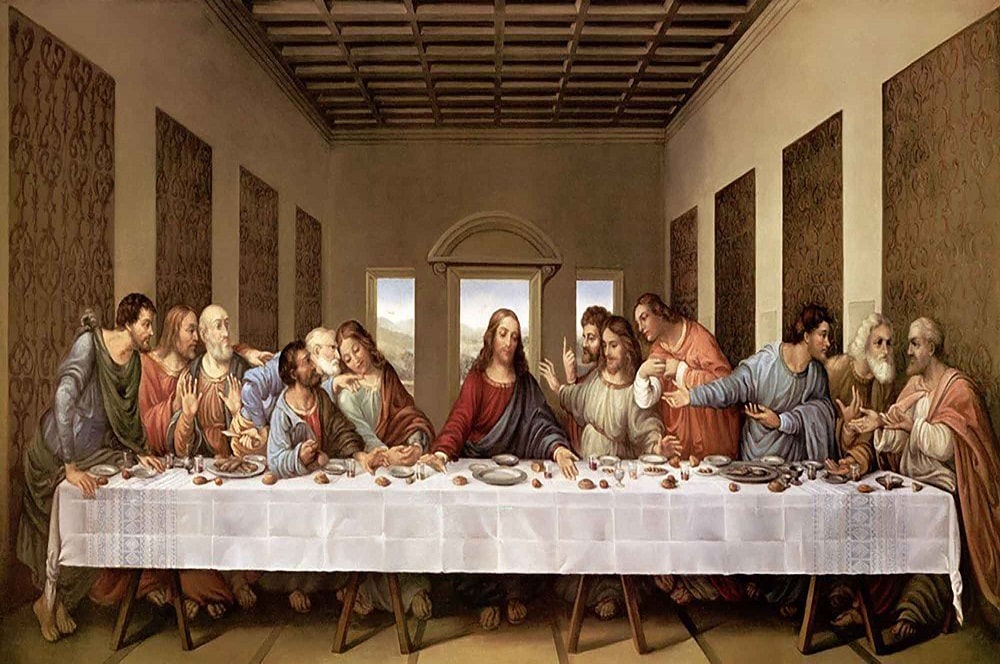 Milan, Italy’s distant and very traditional city at first glance, takes your feet off the ground with its 24-hour mobility. It’s not for nothing that fashion and design take root in this city. Art has processed every part of this city like a pearl. With its churches, museums, and historical buildings, Milan is the meeting point of cultural riches.

One of the most important works of the Italian delusional Leonardo da Vinci, who brought Renaissance art to the top, “The Last Supper” is located in the refectory of the Santa Maria Della Grazia Monastery in Milan. Depicting the dinner of Jesus and his apostles, da Vinci reflects the dramatic expression on people’s faces when Jesus says that one of them will betray him. The work, which da Vinci started to build in 1495, was completed in 1498.

4. The Creation of Adam – Michelangelo 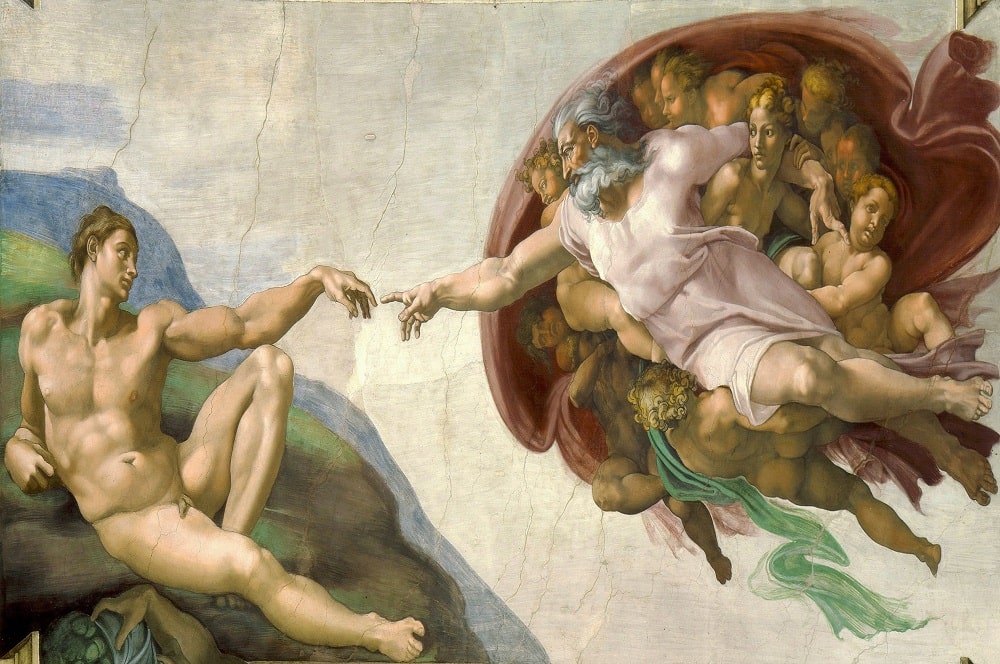 Coming to mind when talking about “romance”, “history” and “art”, Rome is the favorite of Italy. Bringing the aesthetic and artistic spirit of Europe together with the “relaxed and cheerful” atmosphere of the Mediterranean, Rome is also home to the Vatican state, the administrative center of the Catholic sect of Christianity. The smallest country in the world, the Vatican has a face surrounded by high walls.

Michelangelo’s fresco ‘The Creation of Adam’, which began in 1508 and took four years to make, is located on the ceiling of the Sistine Chapel, one of the most famous venues of the Vatican state. The fresco on the ceiling of the chapel, which is accepted as the official residence of the Pope, the leader of the Catholic Church, depicts the subject of God the Father breathing life into the first man, Adam, in the Genesis chapter of the Bible in Christianity. As the face of God, Michelangelo is thought to have drawn his own face. 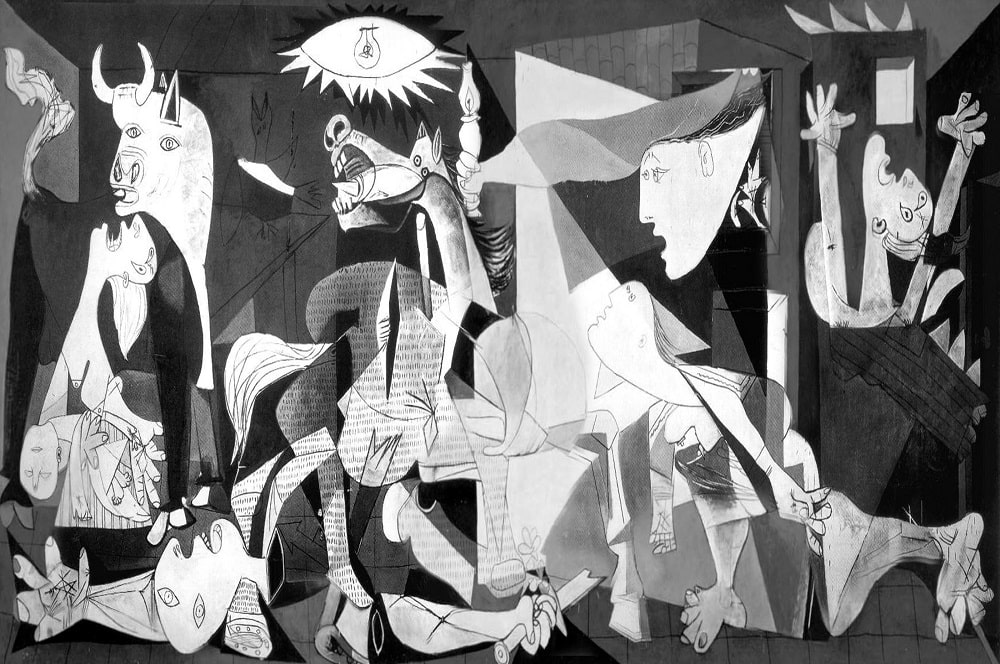 The city of Madrid, where time flows smoothly, is a truly stimulating alternative for those who live a life away from nature, stuck between home-traffic-business and shopping centers, with its beautiful climate, museums, boutiques, beautiful food, and beautiful people.

The Reina Sofía Museum, where the most important works of art in Spain are exhibited, also shares the famous painting of Pablo Picasso with art lovers. Depicted by Picasso in 1937, the work depicts the Spanish Civil War that took place in the same year. The painting depicts 28 bombers from Nazi Germany bombing the Spanish city of Guernica during the war, depicting people and animals suffering and buildings in chaos.

6. The Girl with a Pearl Earring – Johannes Vermeer 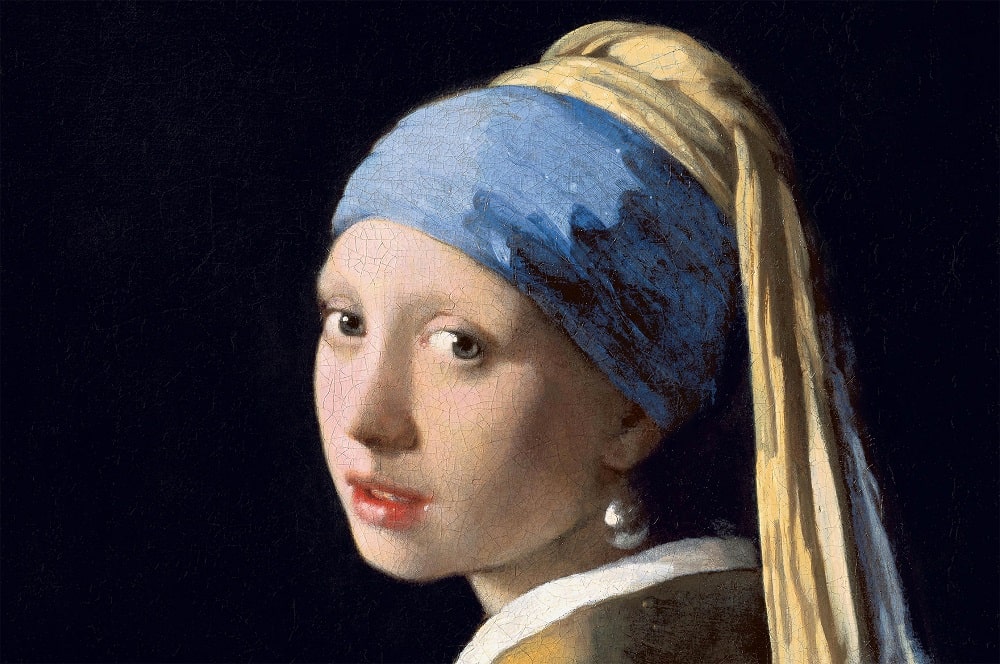 The Legend of the Golden Age, Girl with a Pearl Earring, exhibited at Palazzo Fava, is the most important work of Dutch painter Vermeer. The work, which is called the masterpiece of masterpieces, is actually on display in the Netherlands Mauritshuis Museum. The painting, which went on a world tour due to restoration, is on display at Bologna Palazzo Fava after Tokyo and Kobe. 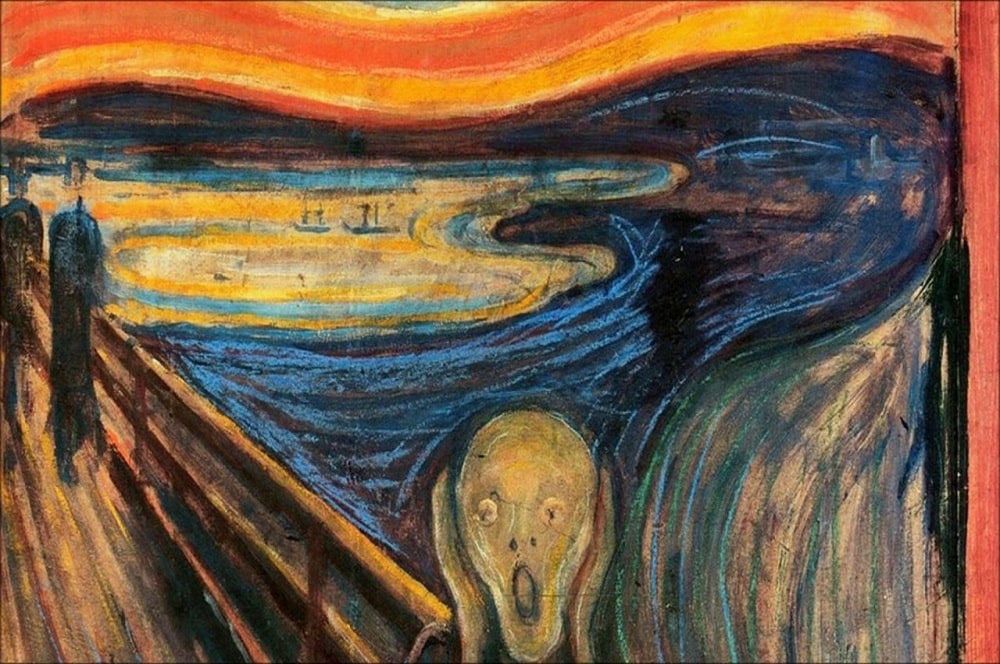 Norway’s boutique city, Oslo, where you can easily walk around; The new heir of the north with its many museums, shops and restaurants, and lush green parks! You should definitely go to Oslo to see the works of the world-famous Norwegian expressionist painter Edward Munch, who are all over the city, to visit the famous fjords of the country, to see Viking ships, to examine contemporary architecture.

Edward Munch’s ‘The Scream’ painting in the National Gallery of Norway in 1893 is the most important work of the artist’s expressionist series. In the work, the painter who is tired of himself leans against the banisters and feels the scream of nature. Munch, who was sick while making this painting, reflected the fatigue and frustration of his illness on the canvas. 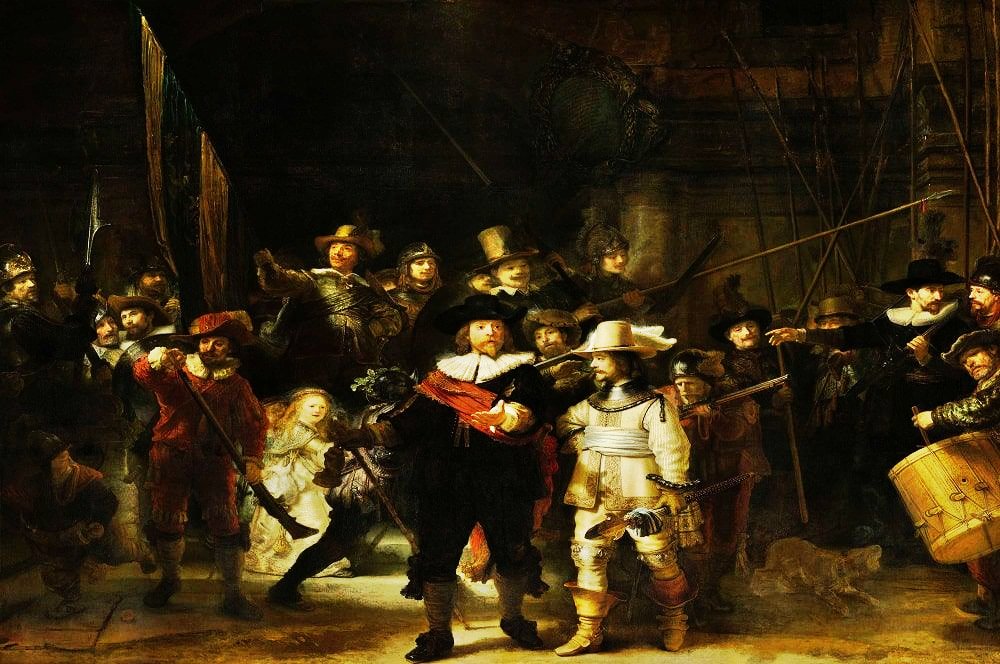 Life seems more vibrant and colorful in Amsterdam, where art touches. Being able to create a modern world with its historical values, Amsterdam is the center of museums, entertainment, and beautiful life. Rijksmuseum, which is home to nearly one million artworks including Dutch masters such as Vermeer, Hals, Steen, Avercamp, Ter Borch in this city built on canals, is like a paradise where masterpieces are collected!

Completed by Rembrandt van Rijn in 1642 and one of the most important paintings in art history, the ‘Night Watch’ also symbolizes the peak period of the Dutch Golden Age. Using daylight and shadow skillfully, Rembrandt’s work lost its color after being painted with a dark varnish, and the varnish was removed again in the 1940s. 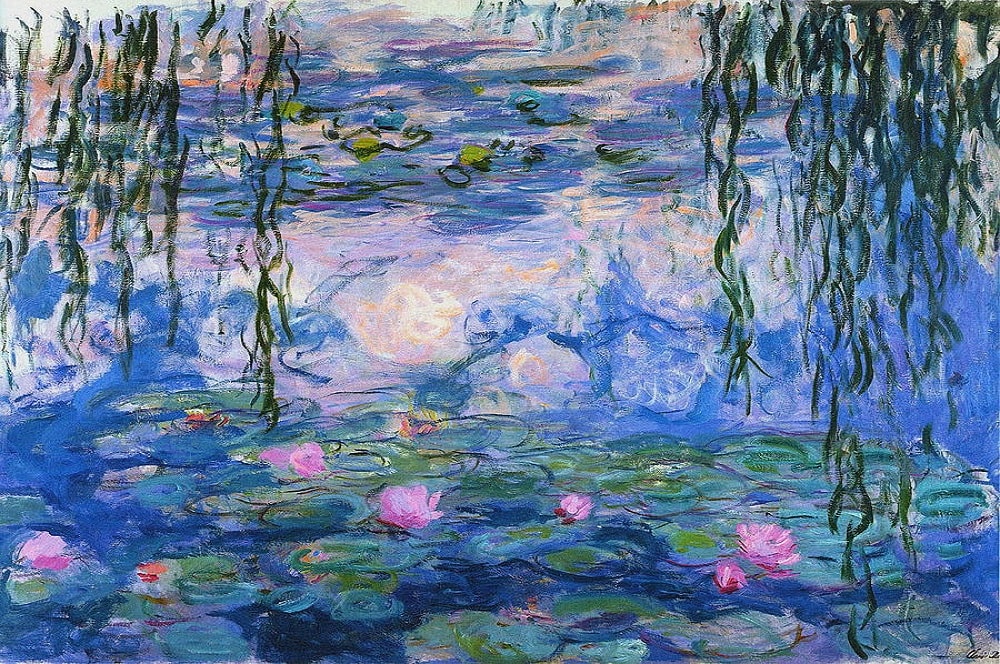 You should give yourself plenty of time to explore the contrasting beauty of New York, the city of design, fashion, and art. It is impossible not to remember this city with its never-ending dynamism, colorfulness with different cultures, skyscrapers, classics, and contemporary works.

The Metropolitan Museum, built-in 1880, where you will find a French touch in the “American Dream”, hosts world-famous works. Water Lilies, one of the most famous paintings in the world, is just one of them. Claude Monet, the prominent painter of the French impressionism movement, still manages to fascinate art lovers with his Water Lilies series consisting of 250 oil paintings and a flower garden he prepared in the last 30 years of his life.

*** You may be interested in; Top 8 Free Museums in the World

10. The Birth of Venus – Sandro Botticelli 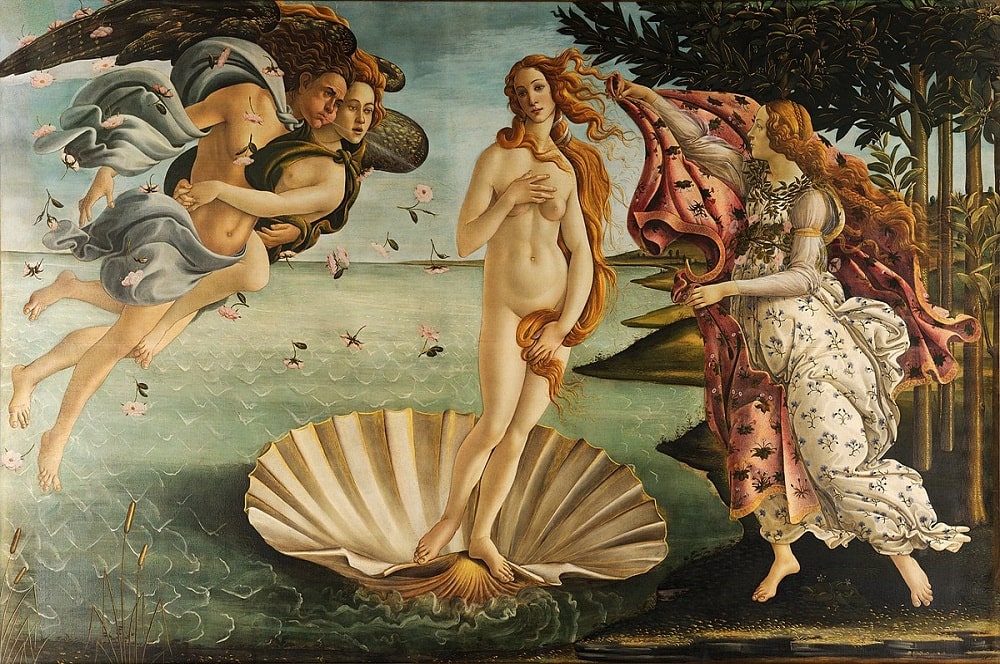 In Florence, considered the home of the Renaissance and integrated with art in Italy, every detail from the architecture of museums to the works they exhibit is special and beautiful. It is impossible not to admire Florence with its hundreds of historical buildings, artworks that continue to keep the Renaissance alive today, and the picturesque view of the Arno River, which divides the city into two. When you come to Florence, it would be impossible not to see the “Birth of Venus” in the Uffizi Gallery.

It took four years to complete the work “The Birth of Venus”, completed in 1486 by the world-renowned artist Boticelli, who had a great share in the development of Renaissance painting. Painting depicting the birth of the goddess of beauty and love, known as Aphrodite in Greek mythology and Venus in Roman mythology; The birth of Venus, the god of love, tells that the city brought beauty to the world.