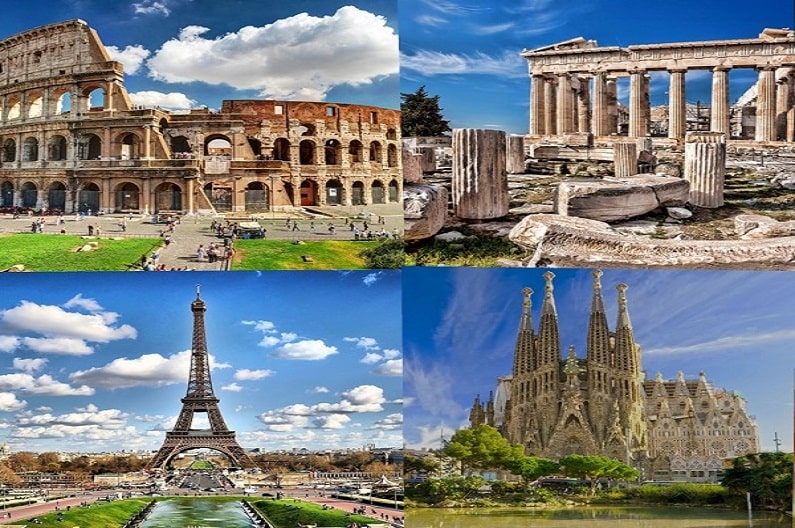 With its deep-rooted and rich history, Europe has been a place for centuries, hosting the masterpieces of the Renaissance, private museums dedicated to painters, architectural masterpieces, the most interesting examples of street art, groundbreaking in iconic structures, and changing the direction of its history.

European cities are full of beautiful architectural structures and monuments. These structures identify with the cities they are in overtime and become an integral part of the city. For this reason, we define these structures as city symbols. City symbols are very important for the promotion of a city or even a country. Of course, this makes the buildings, which have become important symbols especially for some cities of Europe, places that must be visited. 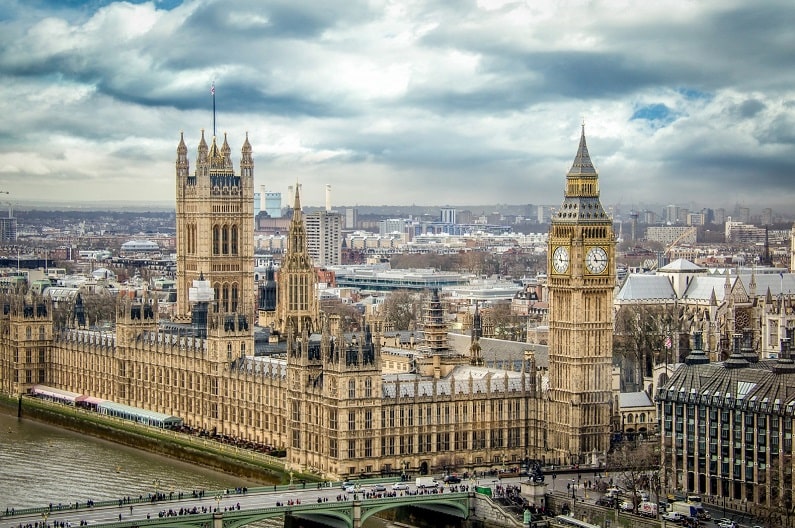 The clock tower, also known as Big Ben (it was changed to “Elizabeth Tower” by the decision of the Parliament), which is the most famous symbol of the city, is located next to the Palace of Westminster. With a height of 96.3 meters, this place also holds the title of the second-largest four-sided clock in the world. 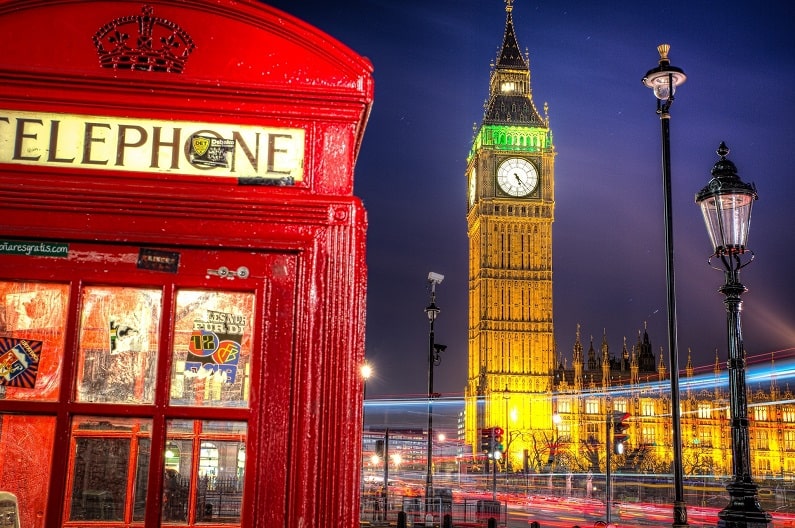 Built-in Victorian Gothic style, the tower was actually erected as part of the palace. Big Ben, which is the name of the bell in the clock tower, can be heard from a distance of 14 km when it rings. 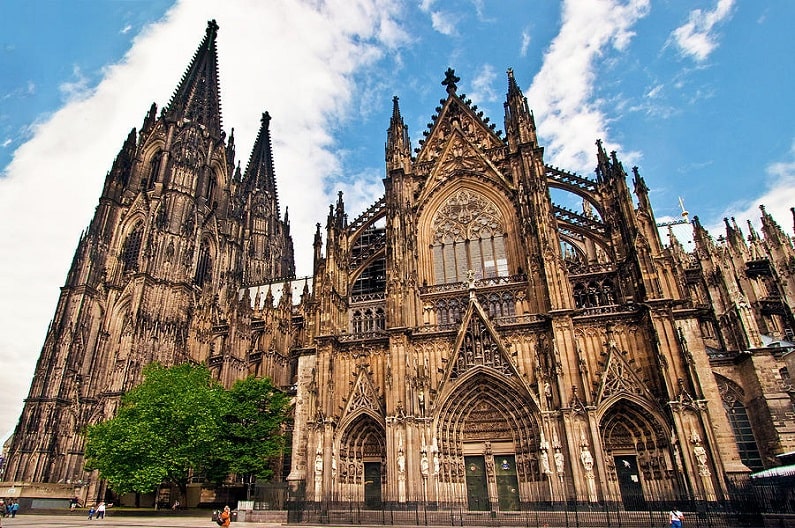 Cologne Cathedral, the largest Gothic church in Northern Europe, is the only symbol of the city. The construction of the cathedral, which started in 1248 in Cologne, Germany, took 632 years and opened in 1880. This magnificent church, with a height of 157 meters in an area of ​​approximately 7,000 m2, is on the list of World Heritage Sites of the United Nations, Scientific, and Cultural Organization. 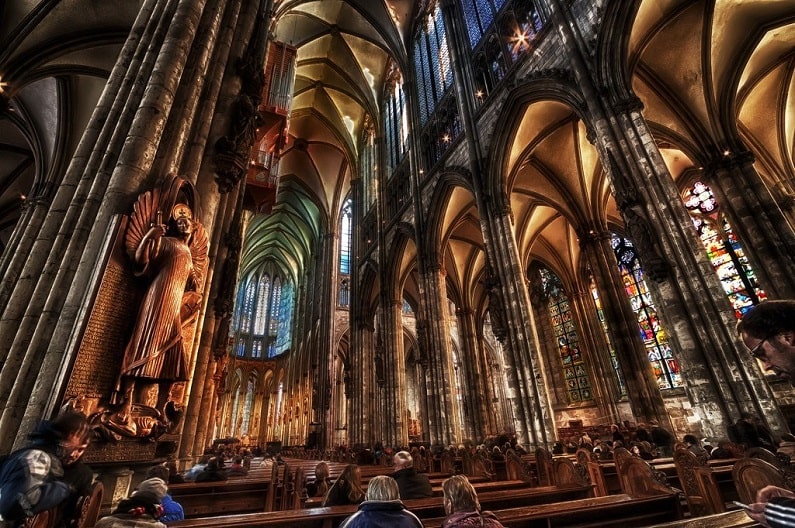 Another feature of this place is Pope XVI. Speech by Benedict on World Catholic Youth Day in 2005. In this speech, the Pope tells millions of people that Cologne is a holy city for Christendom

, because of the Three Holy Kings whose bones have been found in the cathedral for centuries. For this reason, the church is flooded with visitors from all over the world. 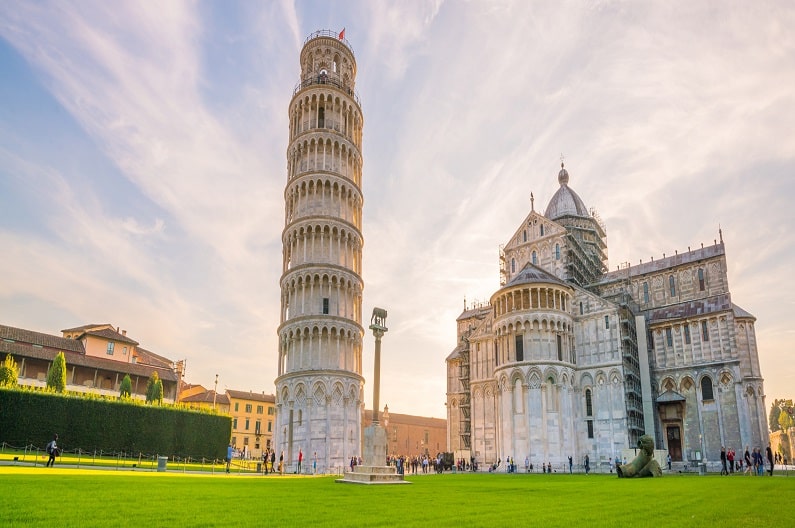 The Leaning Tower of Pisa, located in the city of Pisa in the north of Italy, has been the symbol of the city with its curved structure since 1173. The reason why the building, located in Piazza Dei Miracoli (Square of Miracles) has been tilted since the day it was finished, is the collapse of the soft ground. The result of a rather large miscalculation error is causing the tower to tilt 0.7 cm every 100 years. 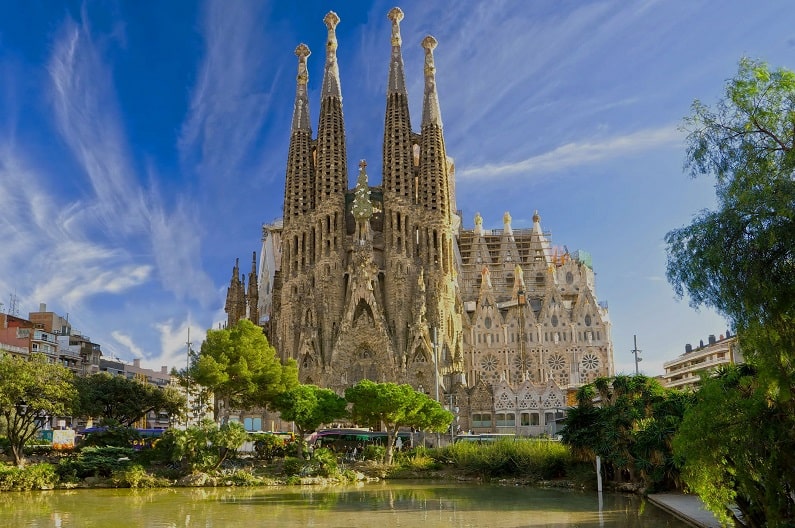 La Sagrada Familia, the most well-known symbol of Spain, amazes those who see it in all its glory in the city of Barcelona. The place, which means “Holy Family”, is a basilica that Antoni Gaudi, one of the pioneers of modern architecture, took over in 1883. The construction of the place, which was left unfinished as a result of Gaudi’s death in 1926 by being under a tram, draws attention as it continues today. 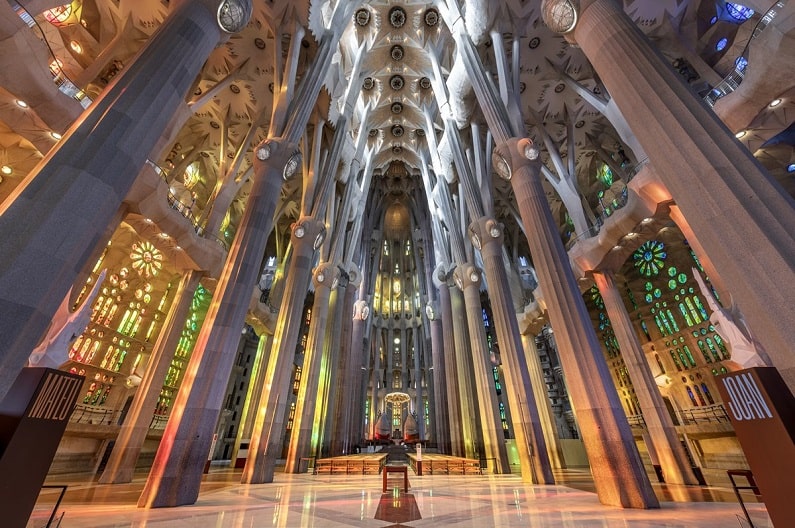 The most important feature of the basilica, which is also known as the “Unfinished Church” among the people, is that it has been built with the help of the people since the first day of its construction. This situation continues today, albeit symbolically. 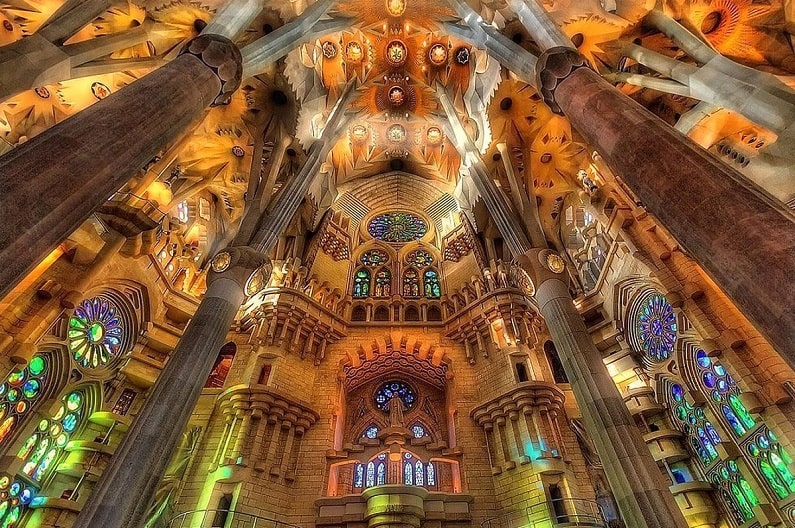 However, the main reason why the basilica could not be finished is that Antoni Gaudi’s complex architectural style is still unresolved today. This work of the architect, who believes that the ornaments on the top seem to provide a connection between heaven and earth, is worth seeing. 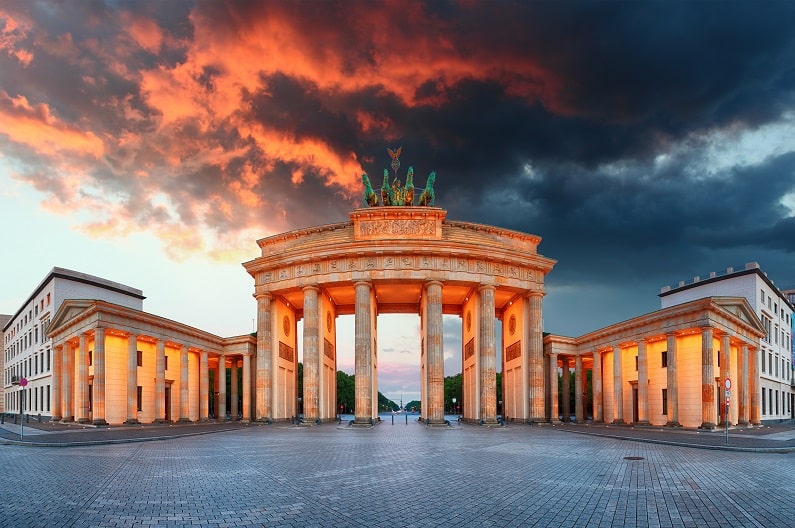 The Brandenburg Gate, the main symbol of Berlin, is also known today as the symbol of United Germany. The gate, built-in 1788-1791, has 12 columns, 6 entrances, and 6 exits. In the area where the columns form 5 roads in total, citizens can only use the 2 outer doors. It is known that the road in the middle is reserved for royalty and important traffic crossings. 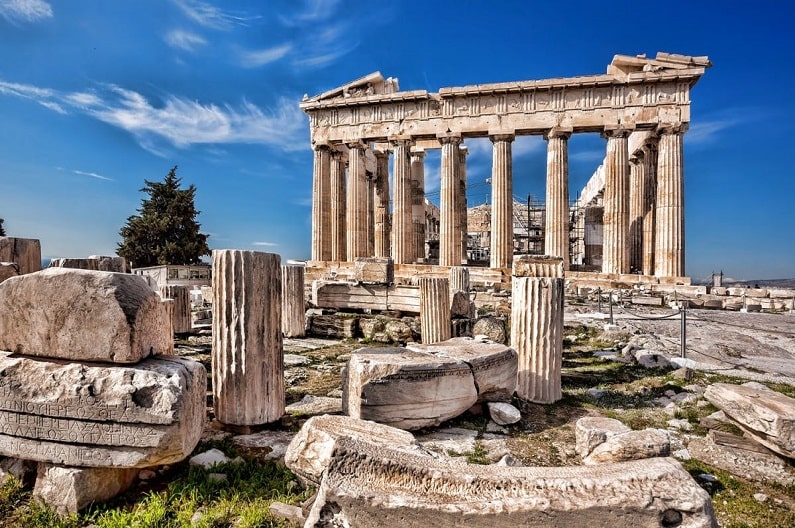 The most important symbol of Greece, the Acropolis is a very large structure on top of a high rock. The building, which is very important in terms of architecture and history, also hosts much ancient building remains. The area, which has a height of 152 m, is among the remains from 3,000 BC to the present day. 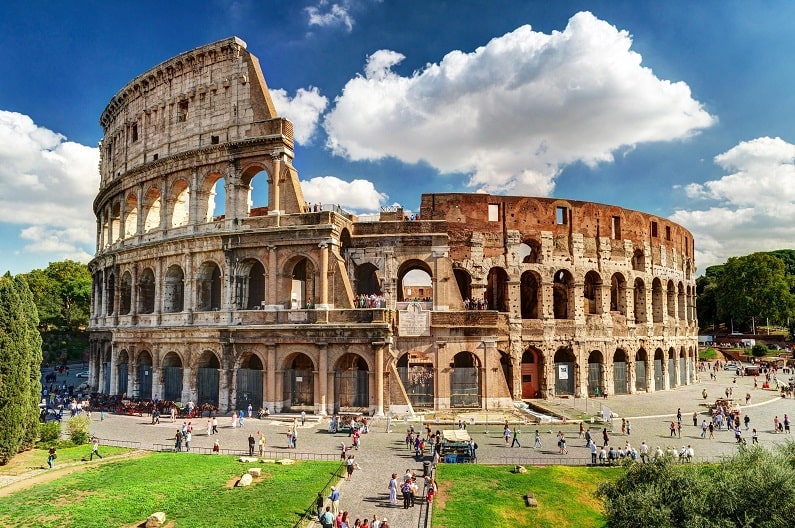 The symbol of the city located in Rome, the capital of Italy, is the Colosseum, an arena also known as the Flavian Amphitheater. The place, which was started to be built by Commander Vespasian in 72 AD, was completed in 80 AD. This arena is very famous for gladiator fights organized for the enjoyment of the emperor and the Roman people. 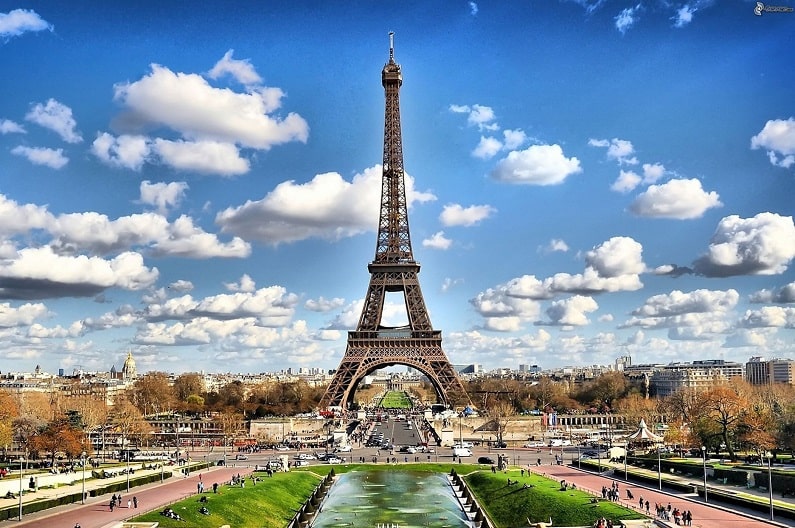 Known all over the world as Paris’s symbol, the city of lovers, the Eiffel Tower is a 325-meter iron tower. The building, named after Its designer Gustav Eiffel, is being built as the entrance gate of the EXPO 1889 Paris Fair, which was held to celebrate the 100th anniversary of the French Revolution. 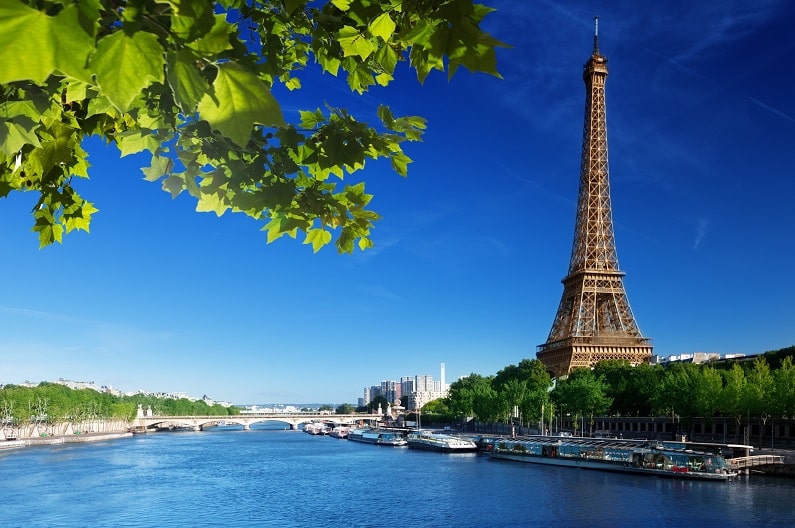 A total of 1.665 steps are climbed to the top of the tower, where 3,000 workers were employed in its construction. Nowadays, elevators are also available for visitors who do not want to climb so many steps but want to see the magnificent view. 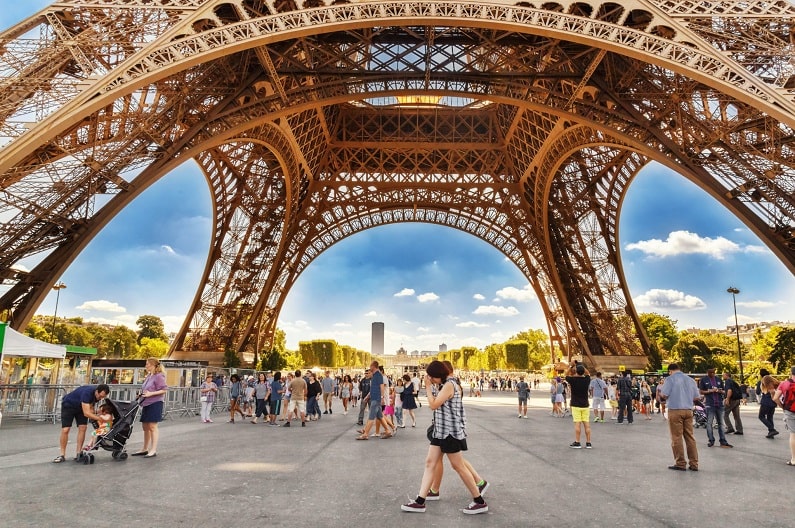 The tower, which was only allowed for 20 years at the time it was built, is allowed to remain dismantled because it has a suitable height for communication and allows transatlantic communication. The Eiffel Tower, which Parisians call the Iron Lady, is considered one of the most beautiful architectural structures in the world and is visited by many people every year. 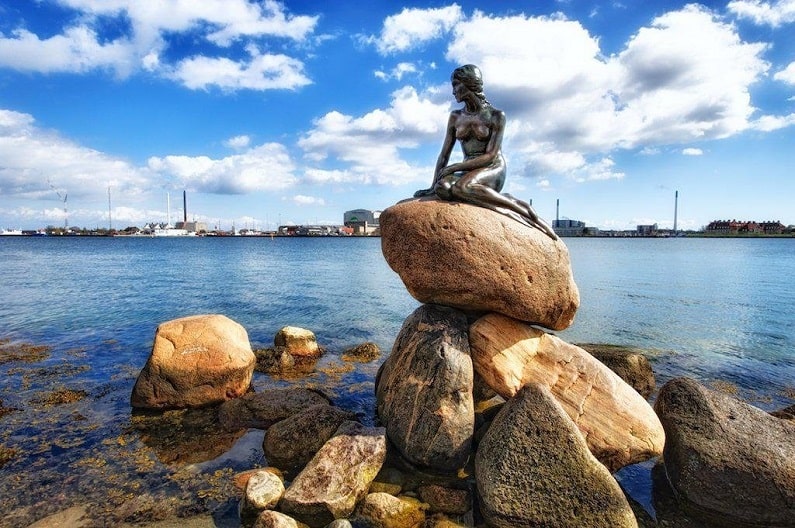 Carl Jacobsen watches a ballet performance at the Royal Danish Theater in Copenhagen and is very impressed by the show. She decides to make an attempt to make the statue in question and asks ballerina Ellen Price to model for it. 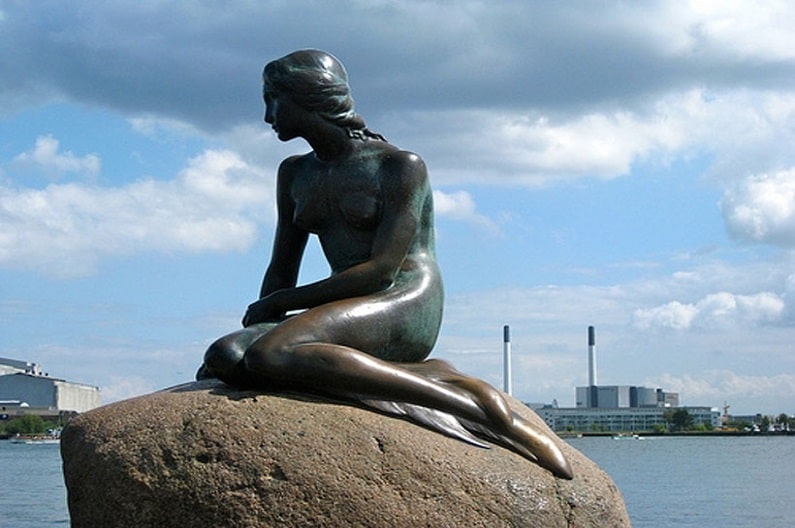 However, when she did not accept this proposal, sculptor Edvard Eriksen’s wife was modeled as the nude model, despite being inspired by Ellen Price. Later, various legends emerged, the most common of which is that the little mermaid fell in love with a prince living on land and therefore sat at the point where she could be closest to him. 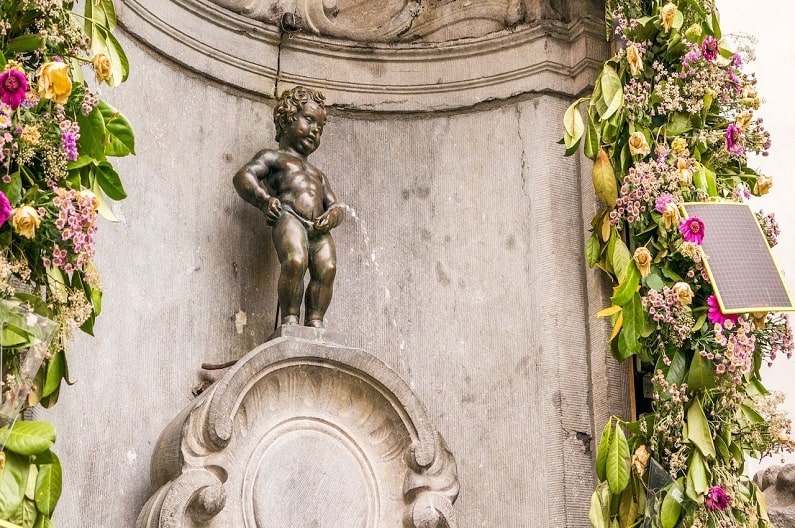 There are many legends about Manneken Pis, the “peeing boy”. The most common of these is that during the war, a small boy saved the city by pissing on one of the big bombs dropped by the soldiers besieging the city, and for this reason, his statue was erected in the city. 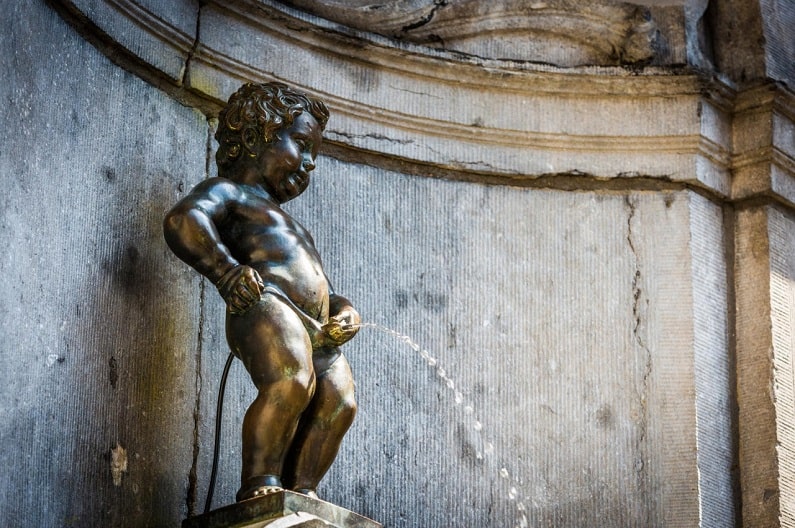 We don’t know how true it is, but as the public likes to believe, the statue is dressed in different clothes at different times of the year and their clothes are displayed in the city museum.