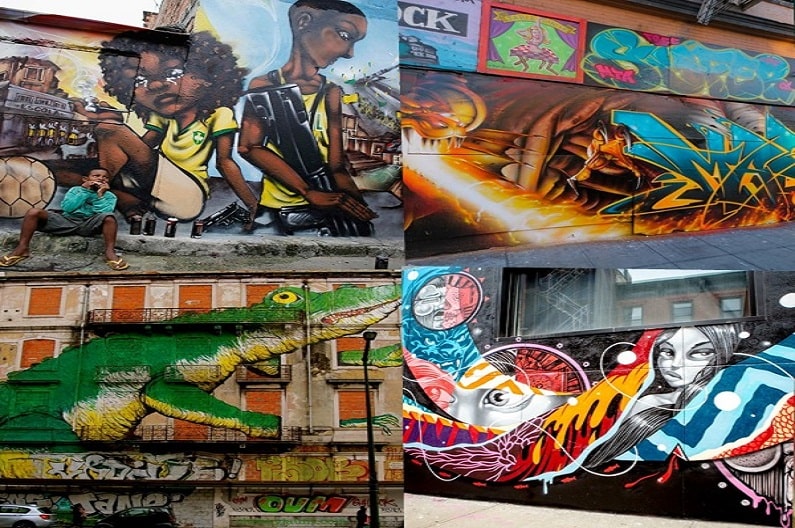 I think the best indication that art does not fit into museums and galleries, but spills onto the streets, is the buildings, roads, walls decorated with colorful “mural art”.These colorful walls, which sometimes make you think and sometimes make you laugh, often become the symbol of cities. Here are 10 cities of the world-famous for ‘mural art’, which hosts backgrounds that you cannot get enough of taking pictures of: 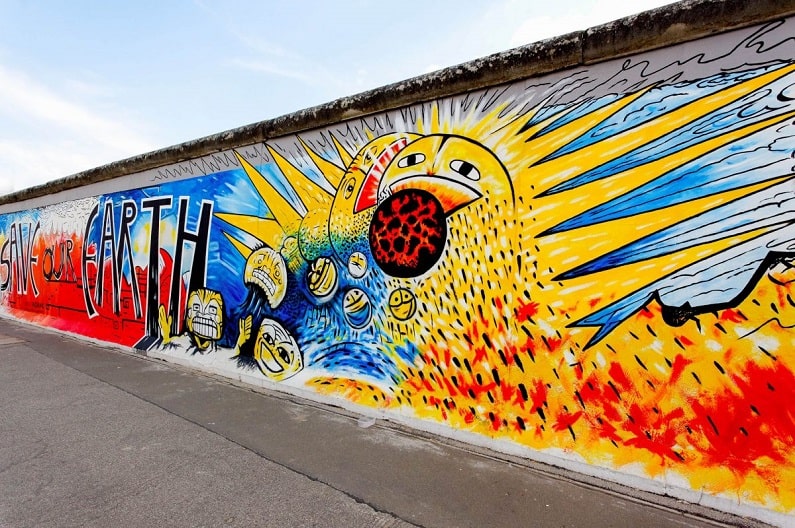 Although it is one of the most frequently seen backgrounds in Berlin photographs with its colorful appearance today, the “mural art” on the Berlin Wall is actually about a human tragedy. In Berlin, you can find dozens of walls or buildings decorated with mural art designs, each more beautiful than the other. 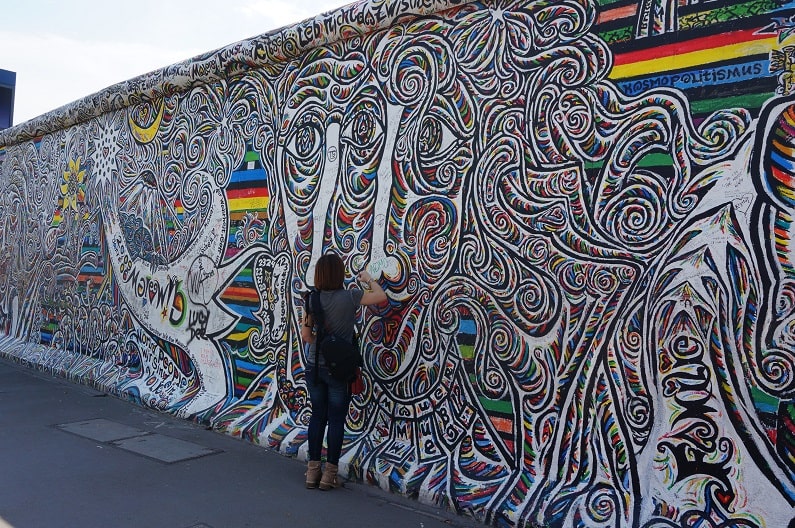 You can see the most popular of these decorations, each made by an artist, at many points in Berlin, especially the Ritter, Brandenburg, or Dom doors, and listen to their stories. One of the decorations that add color to the streets of Berlin is pink pipes that open into the canal, painted in neon pink. If you want to explore a city with an artistic color from every corner, Berlin will be one of the most enjoyable alternatives.

*** You may be interested in;  Unknown Interesting Facts About Berlin 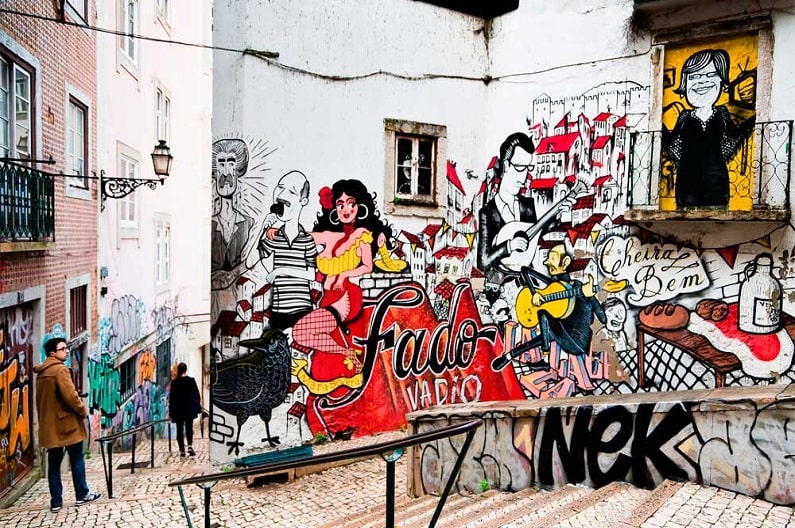 Although the legendary sweet ‘Belem Pie’ or ‘Pasteis de Nata’ comes to mind recently when Lisbon is mentioned, one of the most striking features of Lisbon is the colorful walls that decorate the streets and buildings of the city. 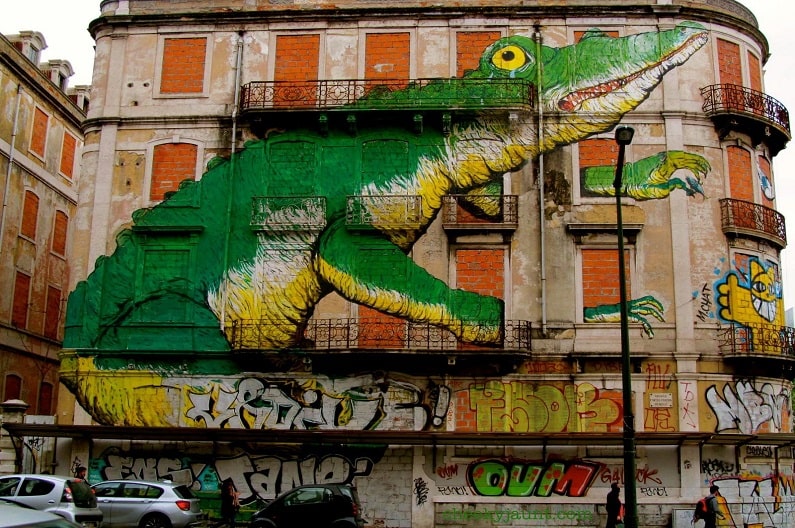 While wandering the streets of Lisbon, you can see a lot of mural art with lots of social messages that make you think a lot. Drawing attention to the effects of global warming in particular, “Unhappy Panda” is just one of Lisbon’s best-known mural art. 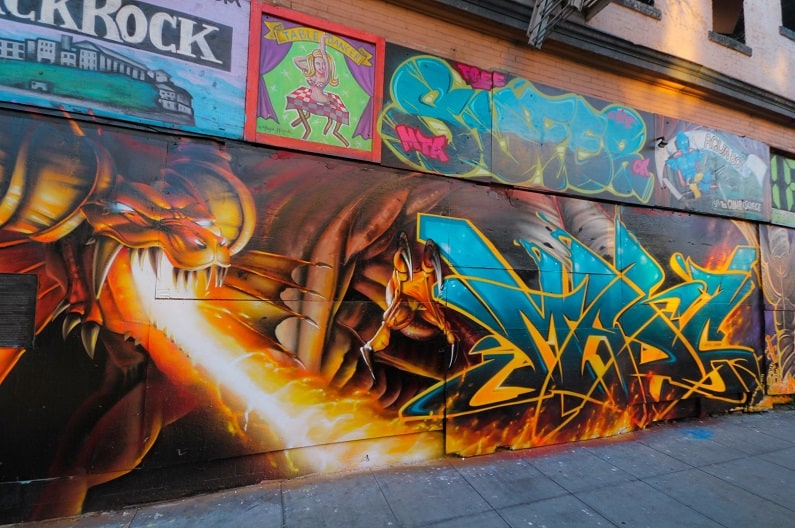 When it comes to San Francisco and mural art, the first thing that comes to mind is “Haight Street”, “Mission District” and “Castro”, the origin point of the legend of the “Flower Children” of an era. If you go to the Mission District, where the Mexicans live in an open-air exhibition, I say don’t forget to feast yourself on the best tacos after taking plenty of wall photographs. 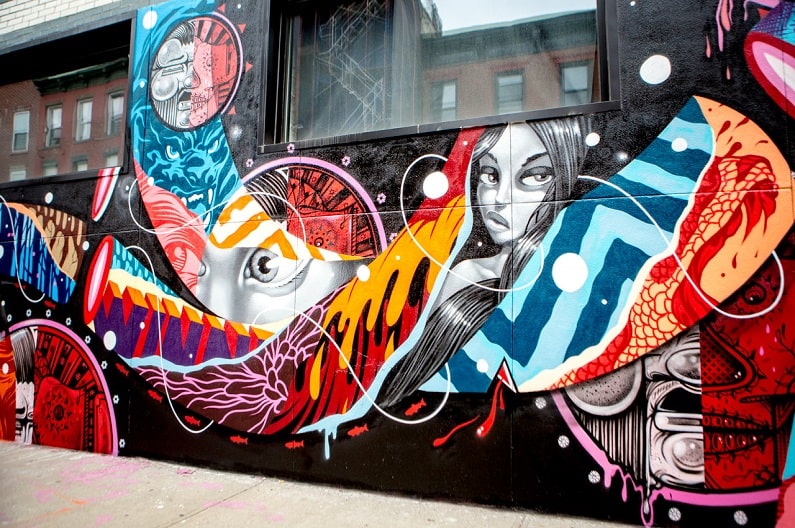 When it comes to street art for Bristol, the hometown of Bansky, one of the most famous street artists in the world, I can say that the first city that comes to mind is England. The streets of Bristol are turning into an open-air museum at the street art festival ‘Upfest, which is held every summer and brings together young talents from many countries of the world. 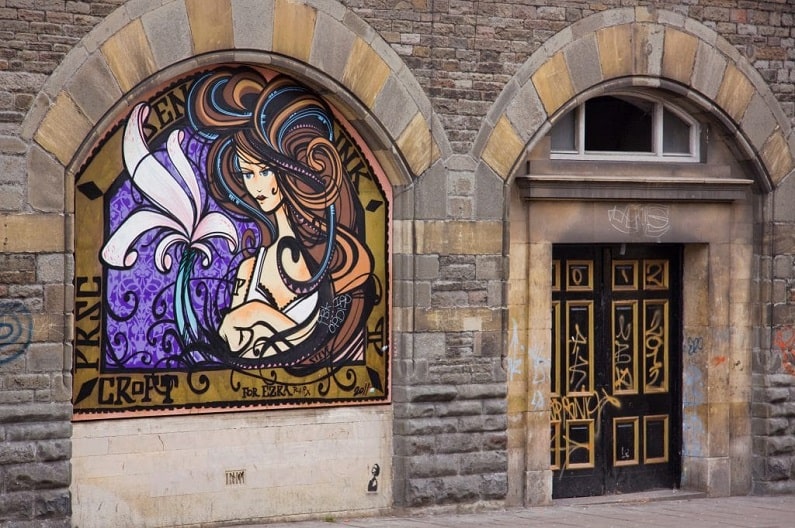 Bedminster and Southville are just two of the neighborhoods where you can see colorful walls most often in Bristol. If you are one of those who follow the fun and colorful summer festivals, I would say give Upfest a chance. While strolling the streets of Bristol during or after the fest, you may not be able to get enough of taking pictures. 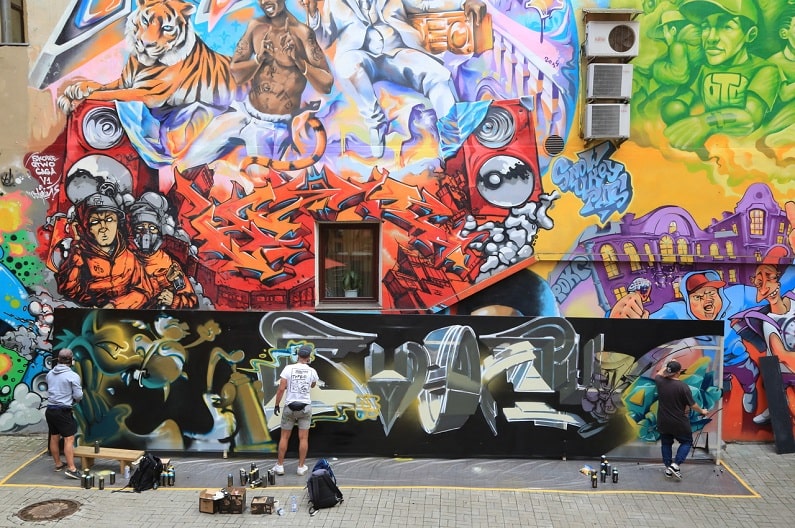 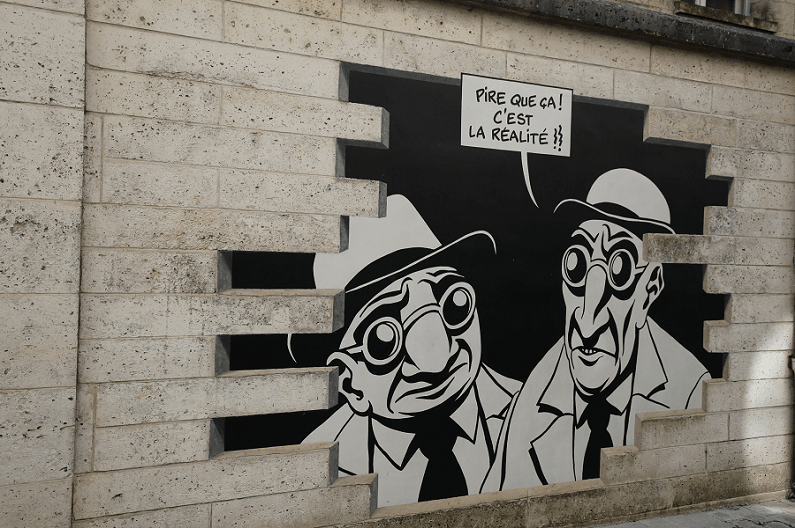 Although its name is not well known, Angoulême is known as the “comic book capital” among the French. If you go to Angoulême, you can create your own scene together with the heroes of the paintings that decorate the walls of the city and pose different and creative. I would definitely like to include this beautiful city, which is home to the European School of Visual Arts and acclaimed for its canvas-like buildings, among your travel plans. 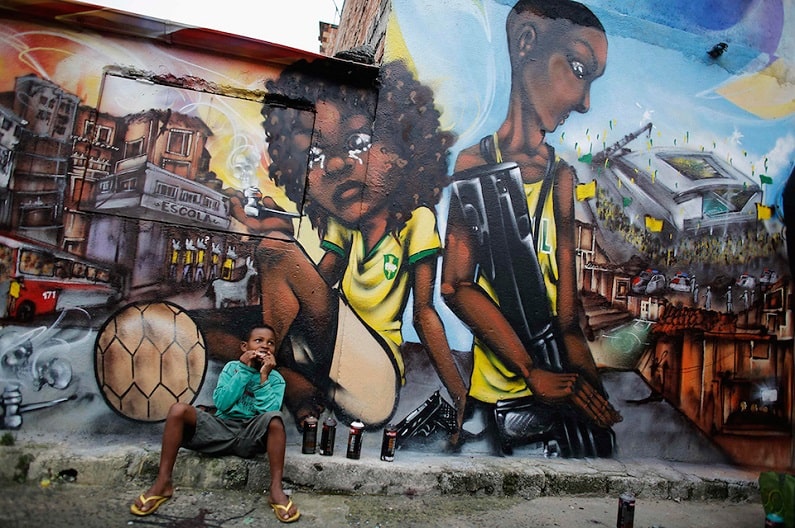 Sao Paulo, the heart of Brazil, is one of the cities where you can encounter many different wall art from black and white to color, from social message to political. Sao Paulo is one of the favorite destinations of those who want to explore distant lands with its wall arts that drag people into the realm of dreams. 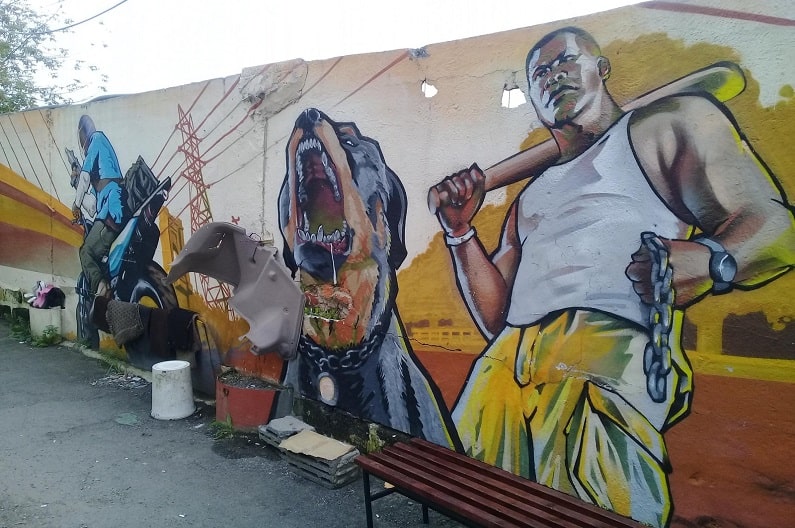 If you want to go to Sao Paulo and follow the colorful walls, start your trip from Vila Madelena, known as the bohemian district of the city. Keep in mind that private walking tours are organized for those who want to explore this colorful street. 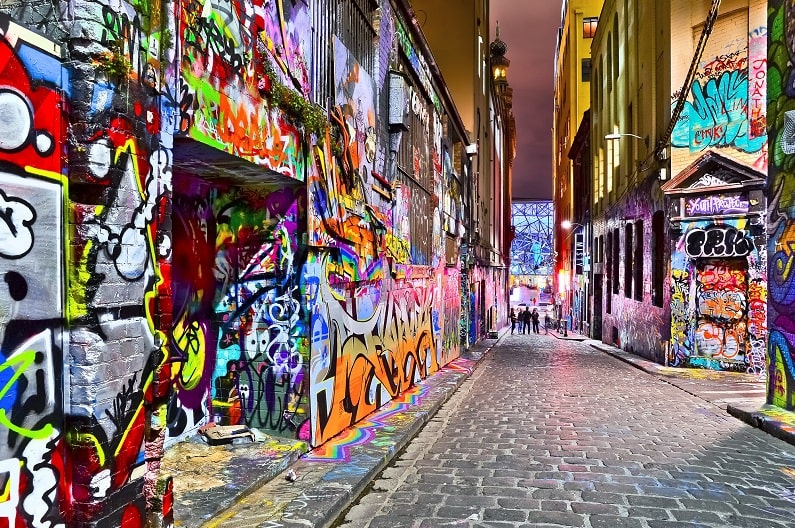 Melbourne’s walls, far from mural art with a political or sad story. While strolling the streets of Melbourne, which are usually decorated with popular culture-themed mural art, you will come across walls with beautiful poses. 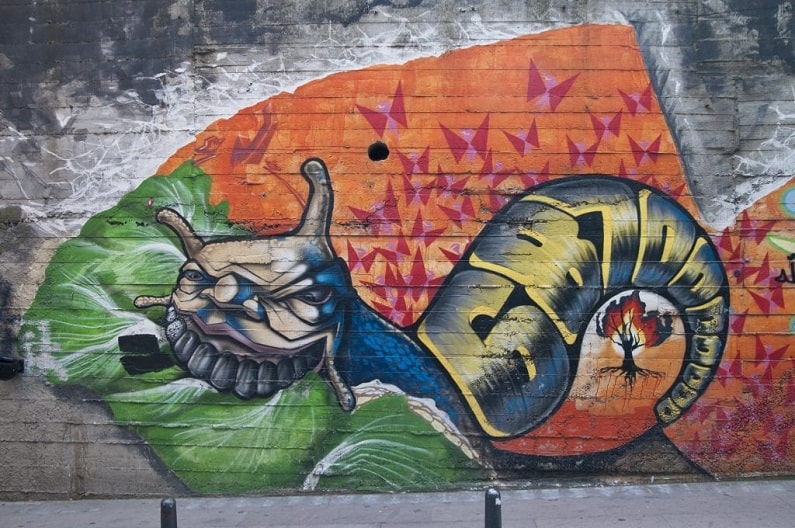 The number of colorful walls in Istanbul, which started with the first effect of the Mural Istanbul Street Art Festival in 2012, is increasing day by day. Especially while walking through the streets of Kadıkoy Yeldegirmeni District, one of the most historical districts of Istanbul, one admires the walls decorated with paintings that are integrated with the texture of the district. 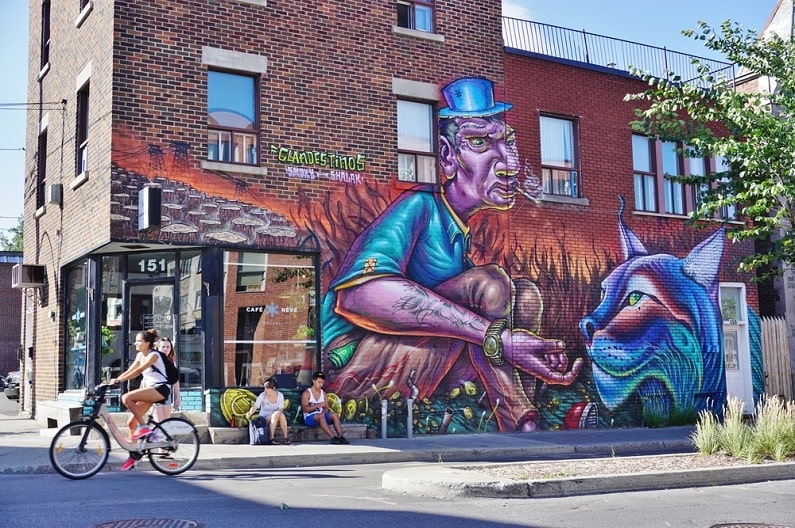 Although many of the paintings that decorate the streets of Montreal are of political content, the influence of political humor can also be seen. In Montreal, not only buildings or walls but even roads are decorated with paintings by famous artists. 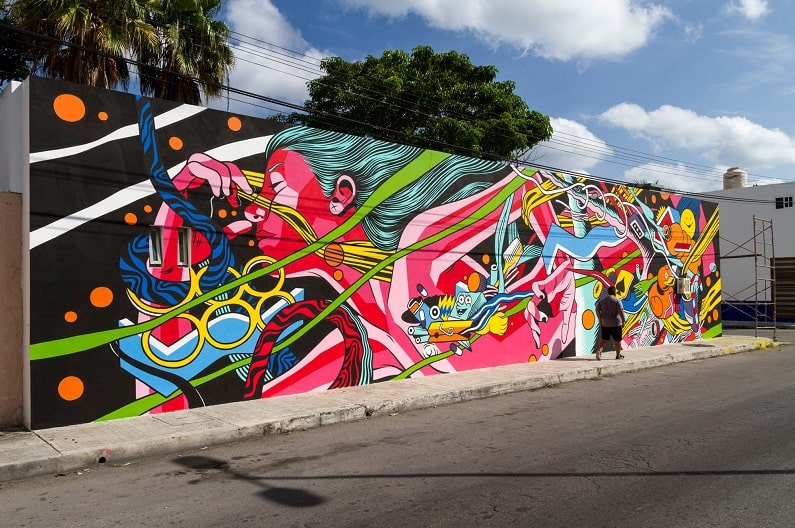