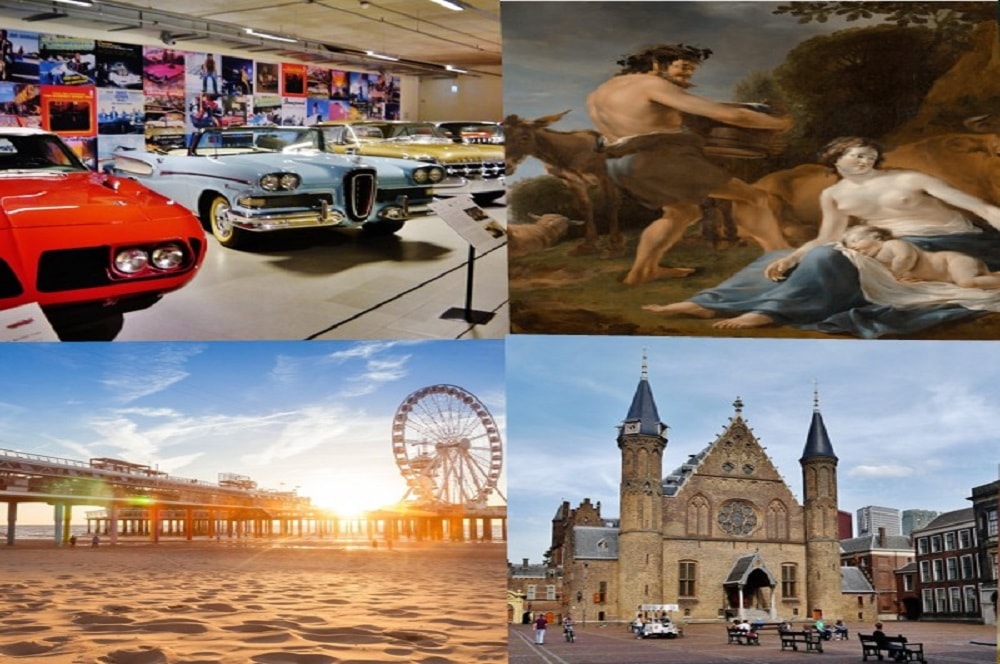 Although the capital of the Netherlands is known as Amsterdam, many buildings and politicians are located in The Hague city. The Hague is only half an hour by train to Amsterdam; It is 1 hour away by car. The city of The Hague has the headquarters of the government, ministries, parliament, the Netherlands Supreme Court, and the Dutch State Council. The city of The Hague is also home to the International Court of Justice. The most impressive feature of The Hague, which is one of the most popular but less visited cities in the Netherlands, is that there are very few cars on the streets and it is a very quiet city even in the most touristic periods. 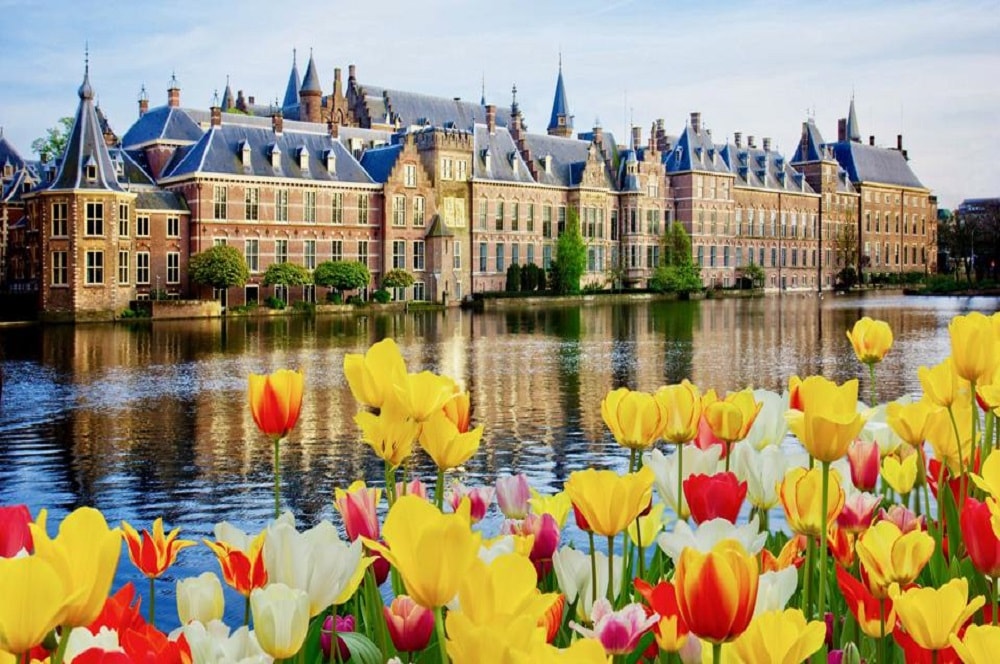 Binnenhof, known as the oldest parliament building in the world, continues to serve as the political center of the country. If you wish, you can also visit inside the parliament on private tours, but the exterior of the building and its landscaping will also impress you a lot and it will take most of your time to study.

*** You may be interested in;  Countries With The Most Handsome Men In The World 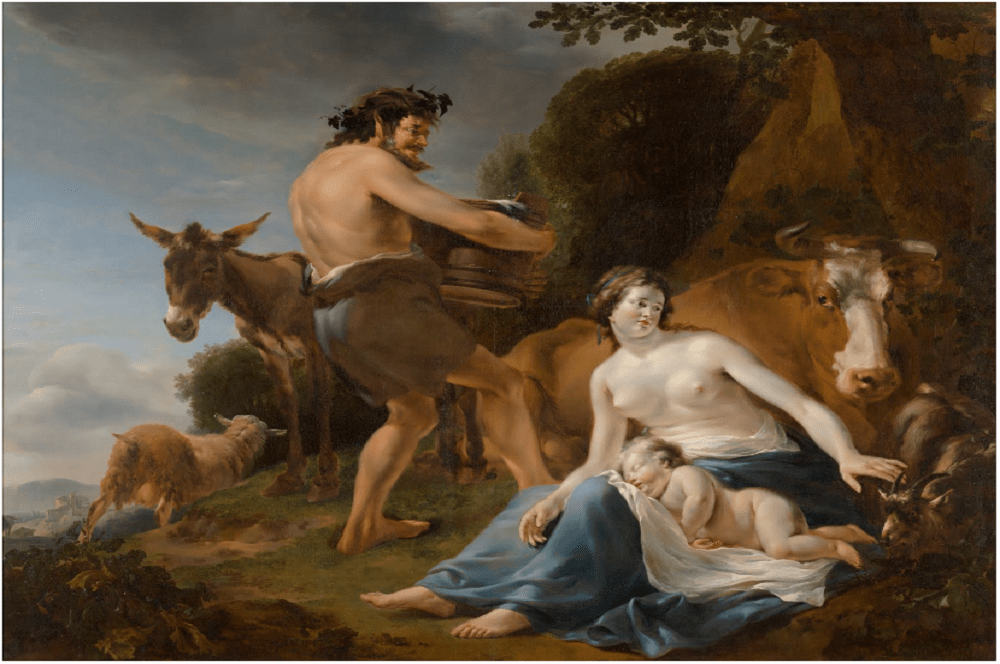 Originally serving as a residence and hotel for high-end guests, the 17th-century Mauritshuis is located in The Hague city center. Today the building houses the best museum of 17th and 18th-century art. Its collection includes about 800 works by various artists.

Here you can see one of the most famous works of Dutch artist Vermeer, the Girl with a Pearl Earring, in the art gallery of this building! Moreover, various paintings by many artists who lived in the Dutch Golden Age are also on display. 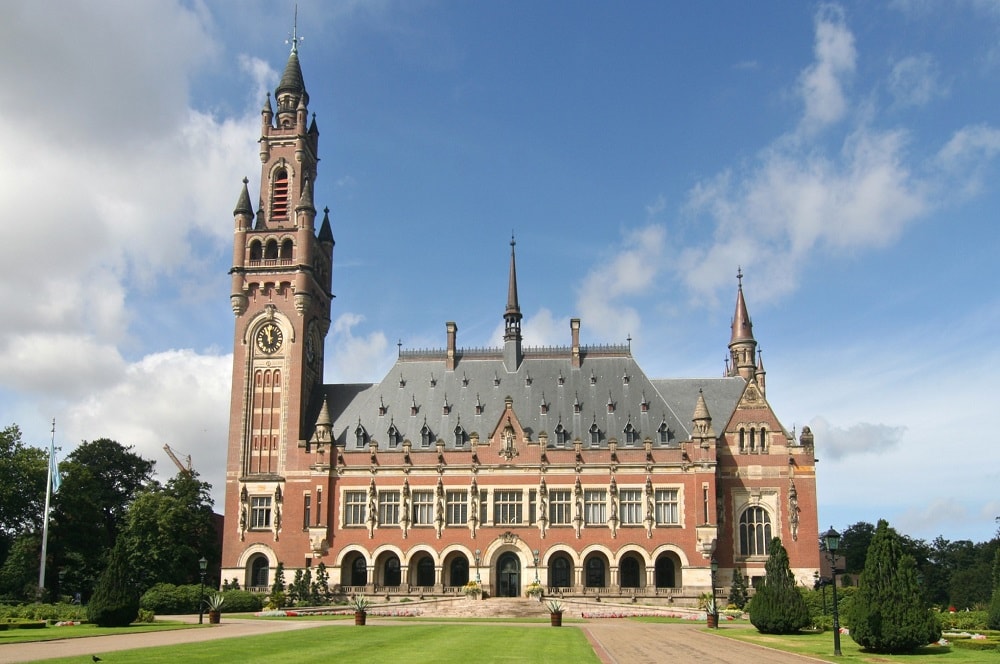 The name The Hague must sound familiar, even if you don’t know where the city is. You can log in at no cost. The garden and decorations of the palace were very effective. They used the different language equivalents of the word “peace”, especially in decorations. This is a place where you can truly feel the peace and quiet. 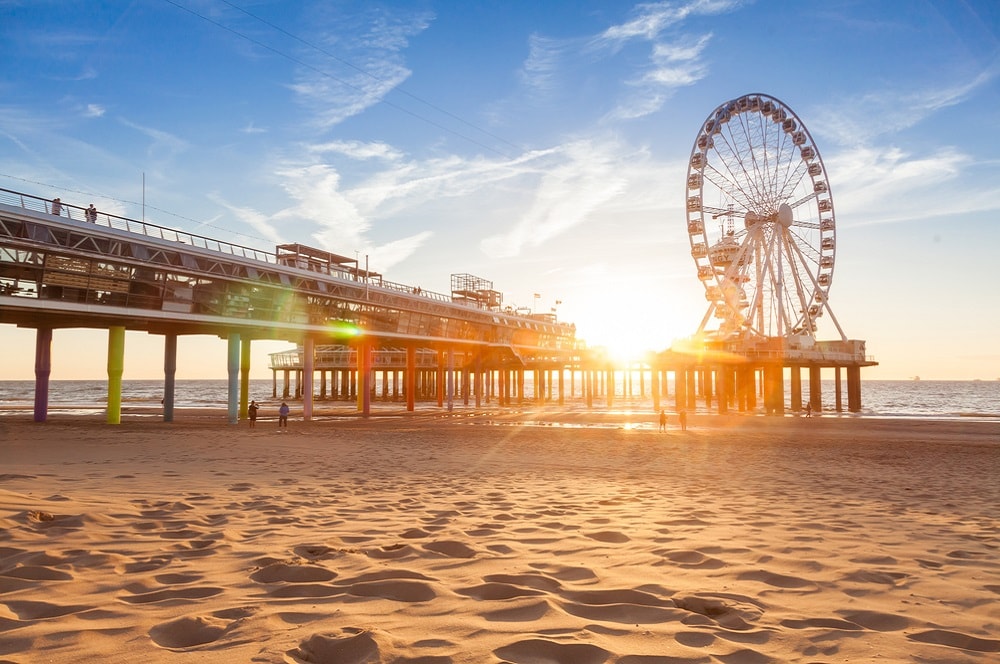 One of the most impressive points of the city is its long and magnificent beach, even though it is one of the cities that, like all Dutch cities, is somehow famous for its canals. The North Sea, where The Hague is built, is unfortunately quite cold in the spring months. As a matter of fact, you can choose to swim here only in the summer and to cool off a little. But even if you don’t go into the sea, it is also quite impressive to walk around this long beach or sit and rest against the sea. 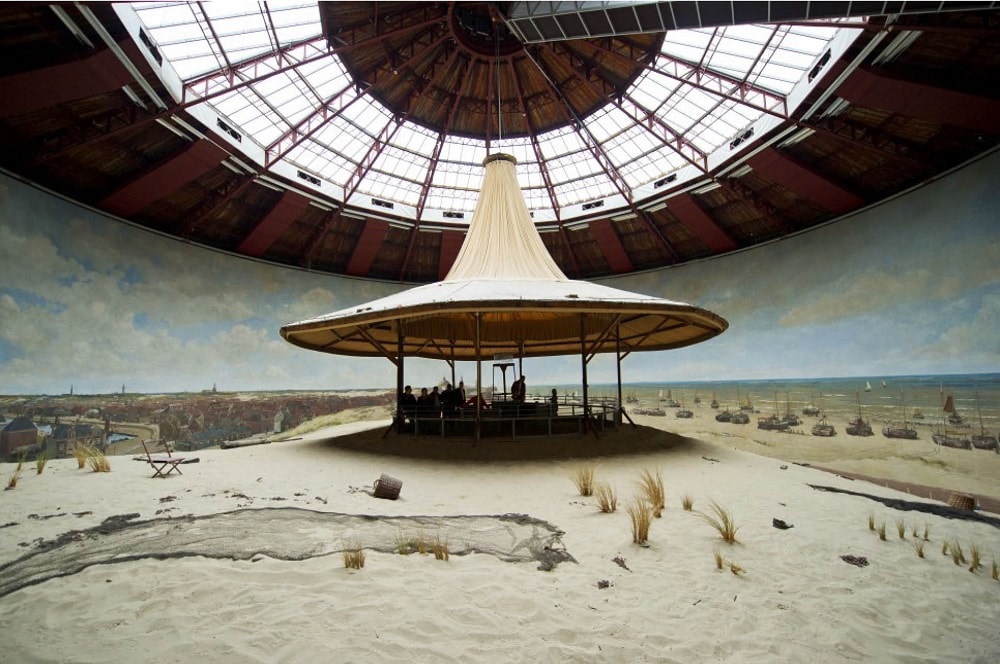 Housed in a specially made rotunda, Panorama Mesdag is a gigantic 120-meter-long and 14-meter-high painting painted by HW Mesdag and his wife Sientje Mesdag-Van Houten and other artists of The Hague School. This stunning scene depicts the coastal Scheveningen as it was around 1880, with fascinating views of the sea, beach, and dunes.

Designed to create the illusion of 3D, this magnificent circular painting – the largest in the world – is illuminated indirectly from above, creating the illusion of standing in the middle thanks to the huge dune with a series of real objects. This beautiful view. There is also a collection of pictures of Mesdag and his wife in the building. 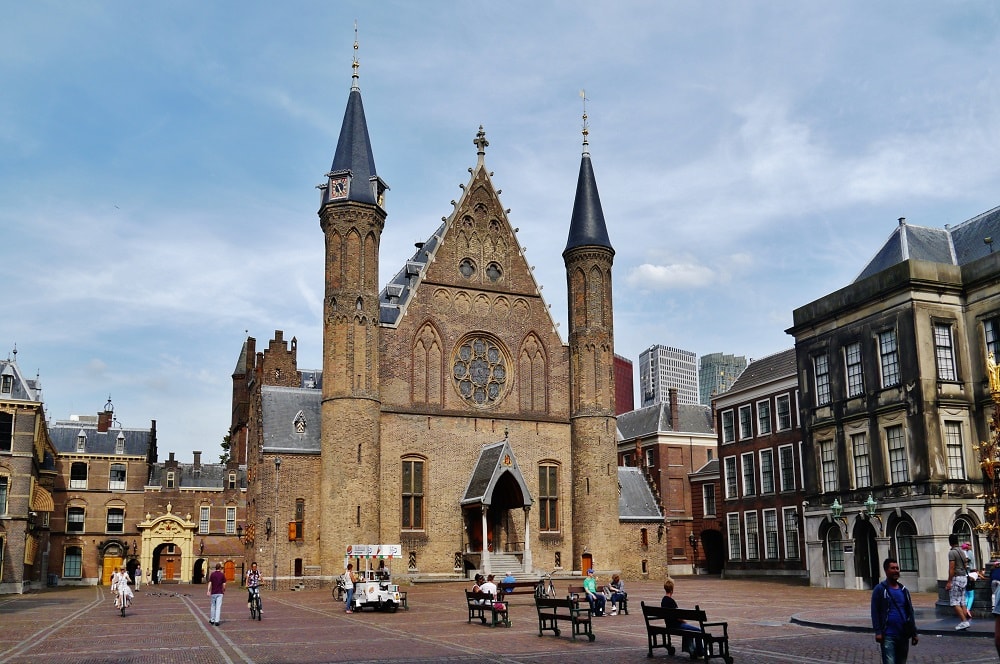 At the east end of Binnenhof’s central courtyard, the 13th-century Knights Hall (Ridderzaal) is still a magnificent historic building used for state receptions and the opening of parliament every September. This large Gothic hall – measuring 40 meters by 20 meters – has many magnificent stained glass windows depicting the coats of arms of Dutch cities, as well as the magnificent Rose Window with the arms of the main noble families of the Netherlands.

The heavy wooden roof structure with its 18-meter-long beams looks like a raised ship, and the carved wooden headboards symbolizing those who overhear the “high powers” are meant to deter councilors from lying. 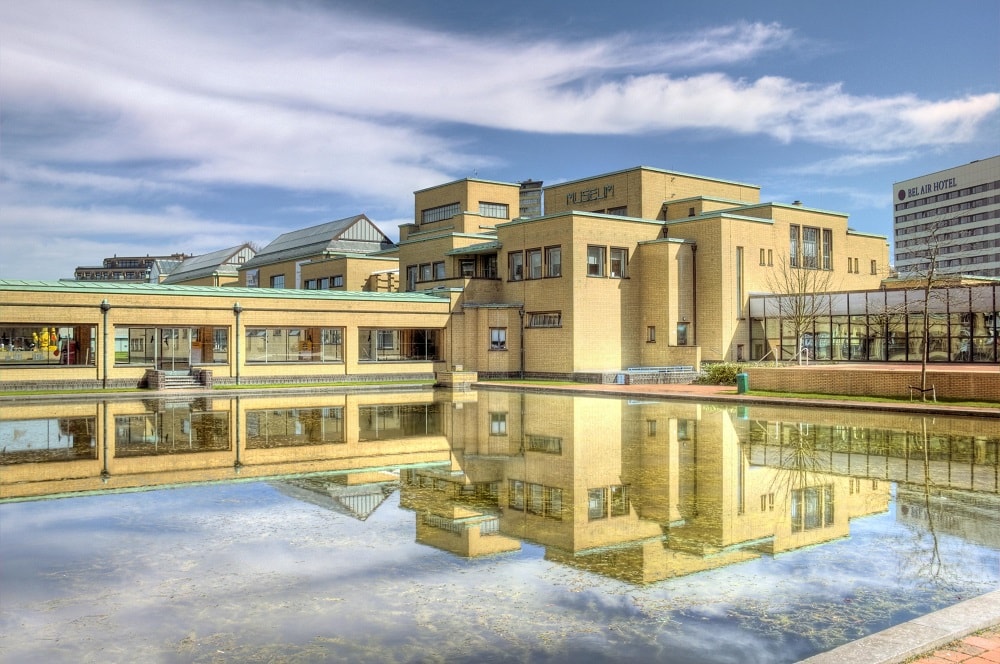 In the modern residential district of Duinoord, a garden suburb with houses built in a style influenced by traditional Dutch almshouses, the architecturally pleasing Municipal Museum – Gemeentemuseum Den Haag – is a must-see.

Designed by HP Berlage in 1935, the museum displays a wide range of material relating to the history of the town, along with 19th- and 20th-century art, applied and decorative art, and an outstanding collection of traditional and electronic musical instruments. Of particular note is a section dedicated to modern art with numerous works by Piet Mondriaan and Paul Klee. 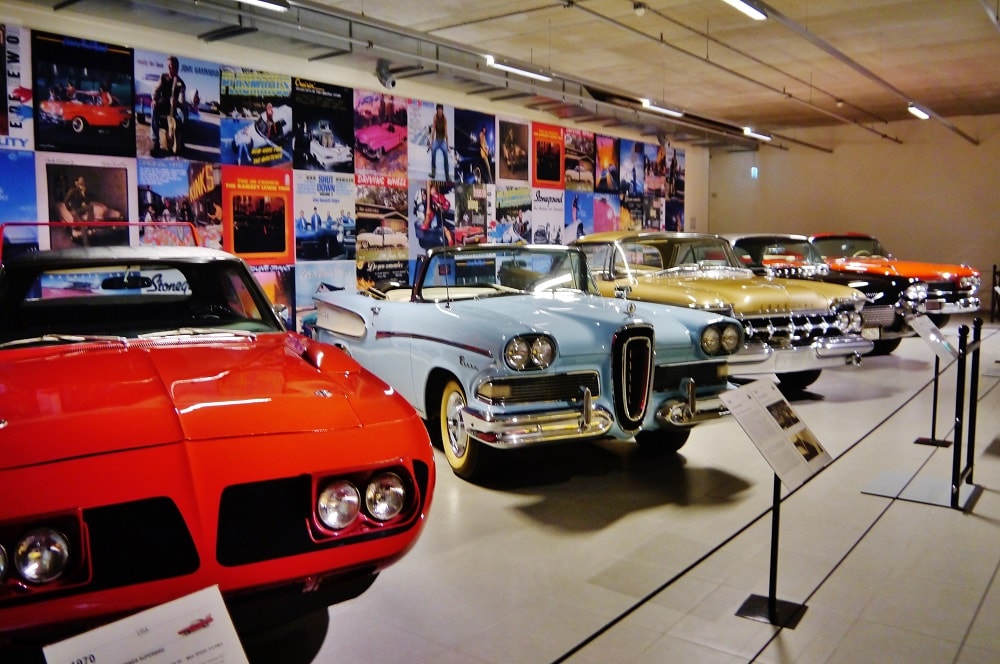 The Louwman Museum has the world’s oldest car collection, currently numbered with more than 250 vehicles. The oldest model in the collection is the 1886 Benz Patent Engine Car, which is the first single-cylinder-powered car to be patented. Other early models include rare models such as the 1887 De Dion-Bouton Trepardoux Steam Quadricycle, 1895 Buffum Four-Cylinder Stanhope, and 1897 Daimler 6-HP Twin-Cylinder Six-Seat Brake. Vehicles from around the world are represented, and the most recent include electric and hybrid models as well as racing cars. 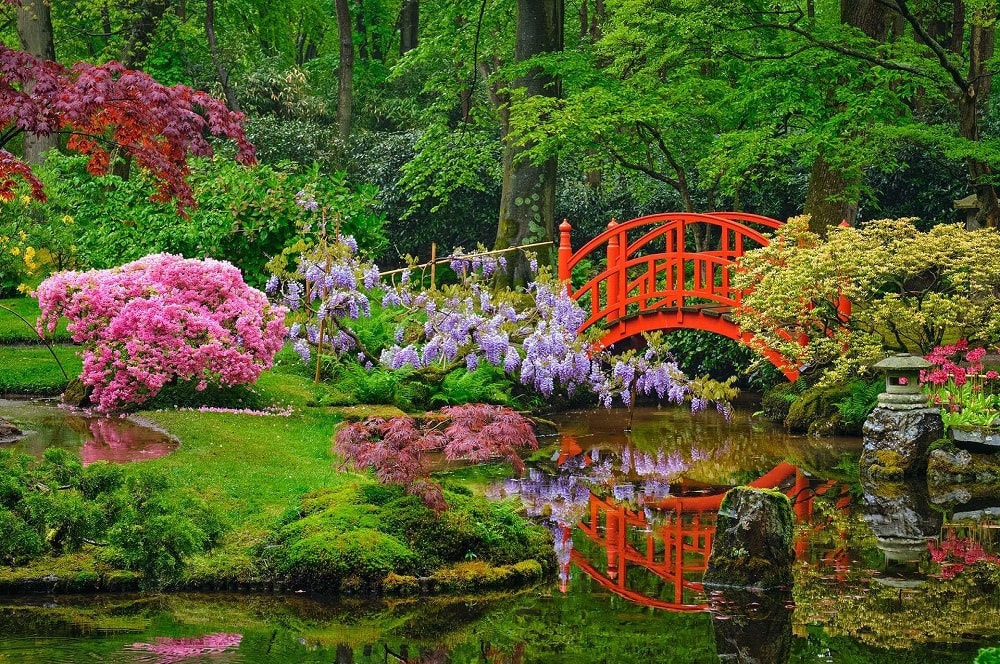 The gardens surrounding the mansion in Landgoed Clingendael date back to the 16th century, creating a peaceful urban oasis. The park is open year-round and free to the public, with a large playground and picnic area, as well as a tea room adjacent to the perfectly landscaped English Garden.

The most impressive part of the property, the Japanese Garden is open for only a few weeks each spring and autumn due to its fragility. The property, which built this garden in 1910, contains various artifacts, including stone lanterns, water barrels, and small wooden bridges, brought from Japan by Lady Daisy, the former owner. 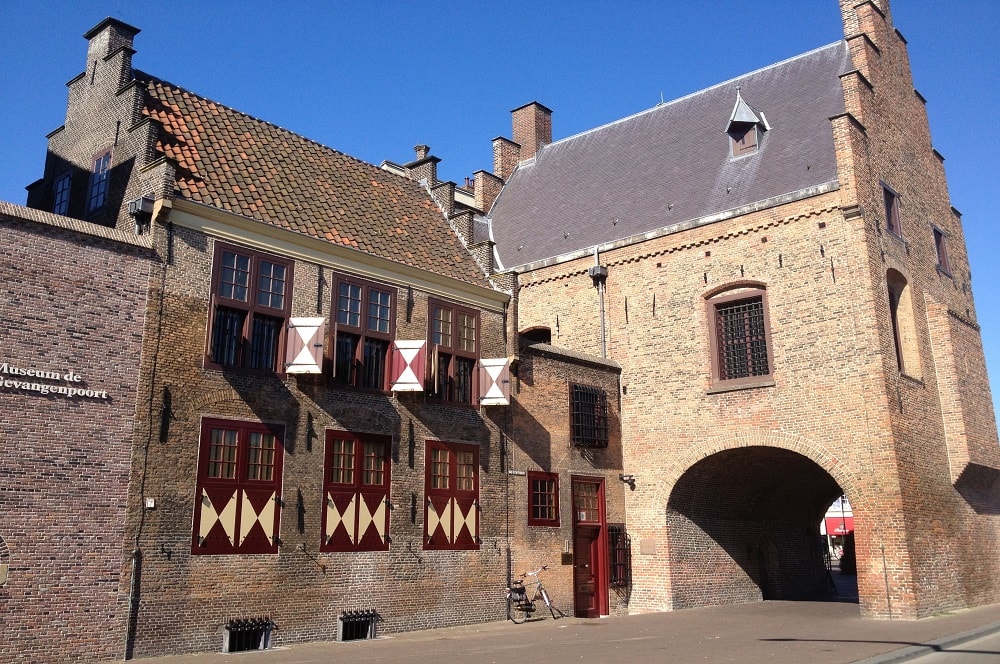 On the northern side of Binnenhof stands the Prison Gate (Gevangenpoort), a well-preserved structure built-in 1296 as a gatehouse. The brothers Cornelis and Johan de Witt were killed in 1672, converted into a prison in the 15th century, where they were accused of attempting the life of Prince William III. The former prison and torture chambers have been open to the public since the 1880s and contain torture tools, as well as a large collection of paintings, prints, and relics depicting the administration of justice in the 17th century.