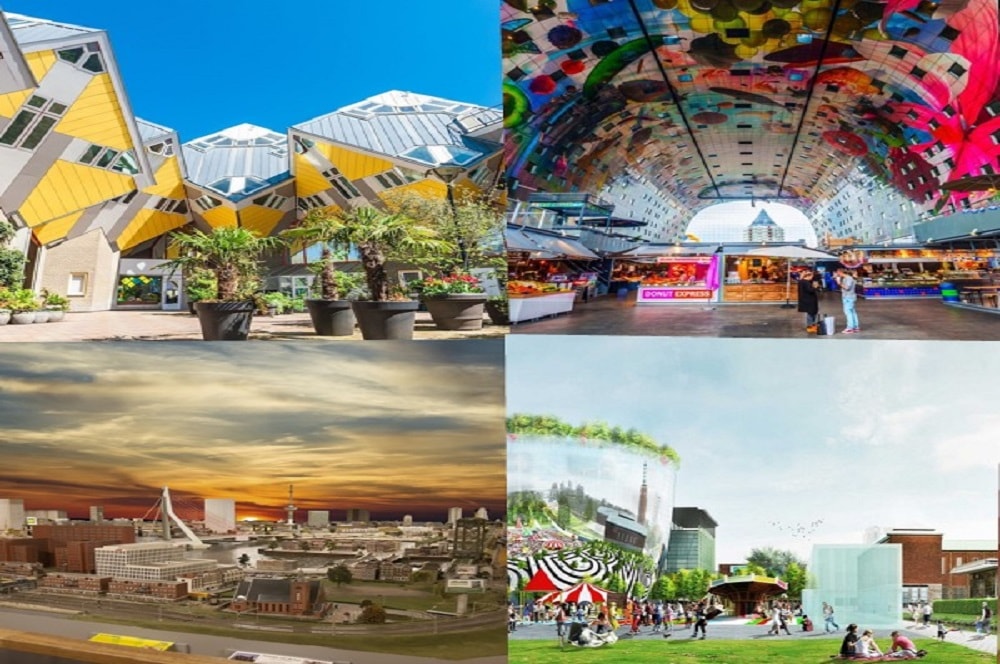 Rotterdam is a major port city in the Dutch province of South Holland. The Maritime Museum’s vintage ships and exhibits trace the city’s seafaring history. The 17th-century Delfshaven neighborhood is home to canalside shopping and Pilgrim Fathers Church, where pilgrims worshiped before sailing to America. After being almost completely reconstructed following WWII, the city is now known for bold, modern architecture.

The city, where people started to settle in 1270, is home to Europe’s largest port. The city where Erasmus University is located is also an important cultural center.There are many important places to visit in the city, which has the nickname “Europe’s Gate”.

*** You may be interested in; 10 Must See Places in Amsterdam 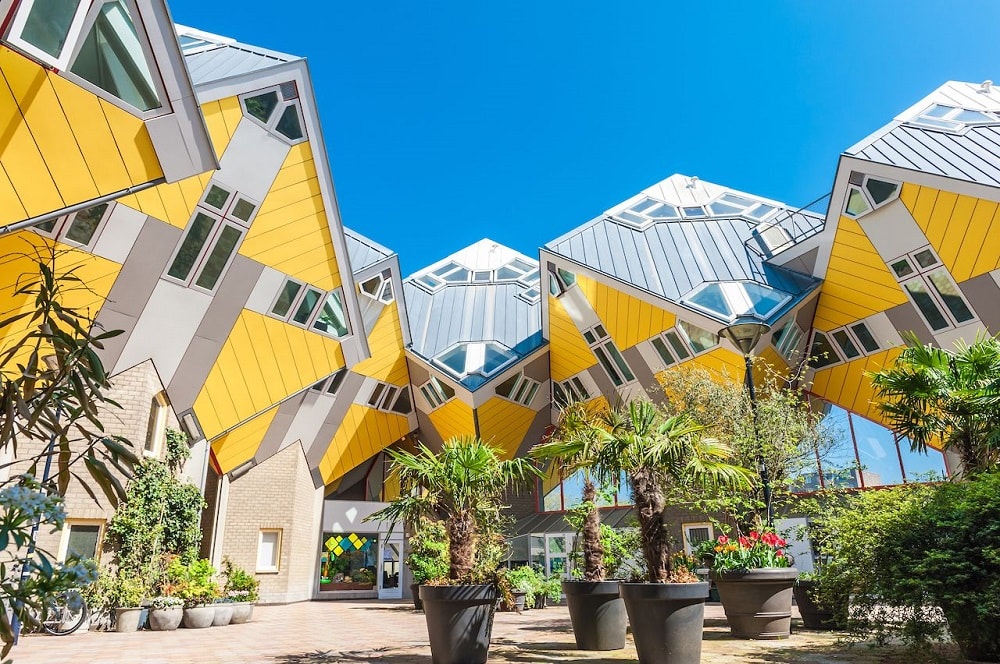 When many of the houses in this region were damaged during the Second World War, the idea of Cubic Houses was born with the design of houses on the disabled bridge from the architect Piet Plom, who was responsible for the renovation of the region after the war. The architect is actually planning to create a small village with different functions in Rotterdam. He even thought that each house should symbolize a tree. For this reason, although he designed 55 houses, 40 cubic houses, 38 of which are small, 2 of which are super cubes, were brought to life. These cubic houses stand at 45 degrees in the city center. 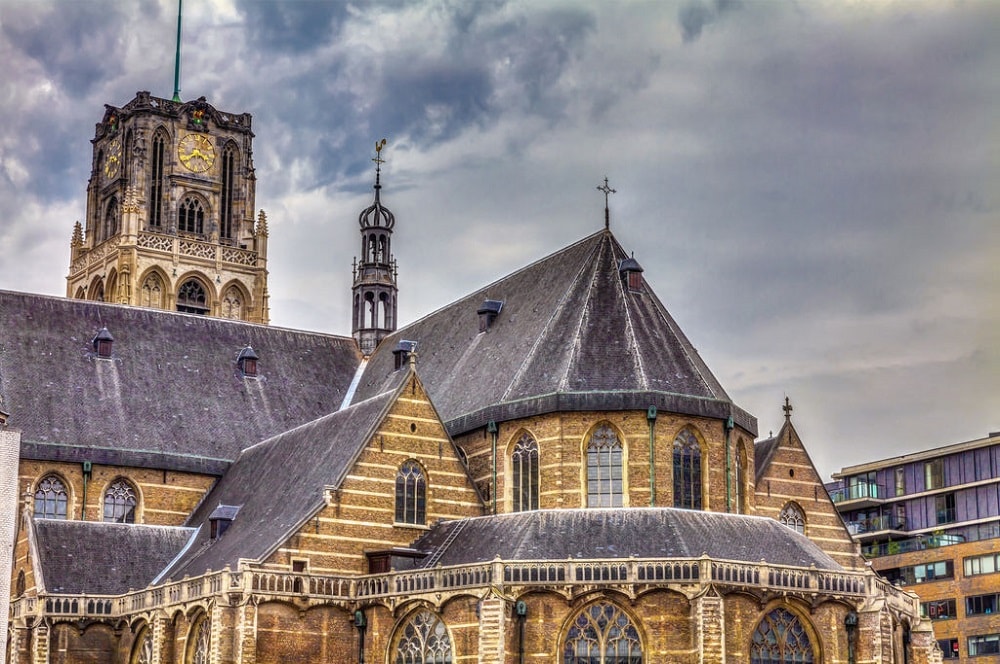 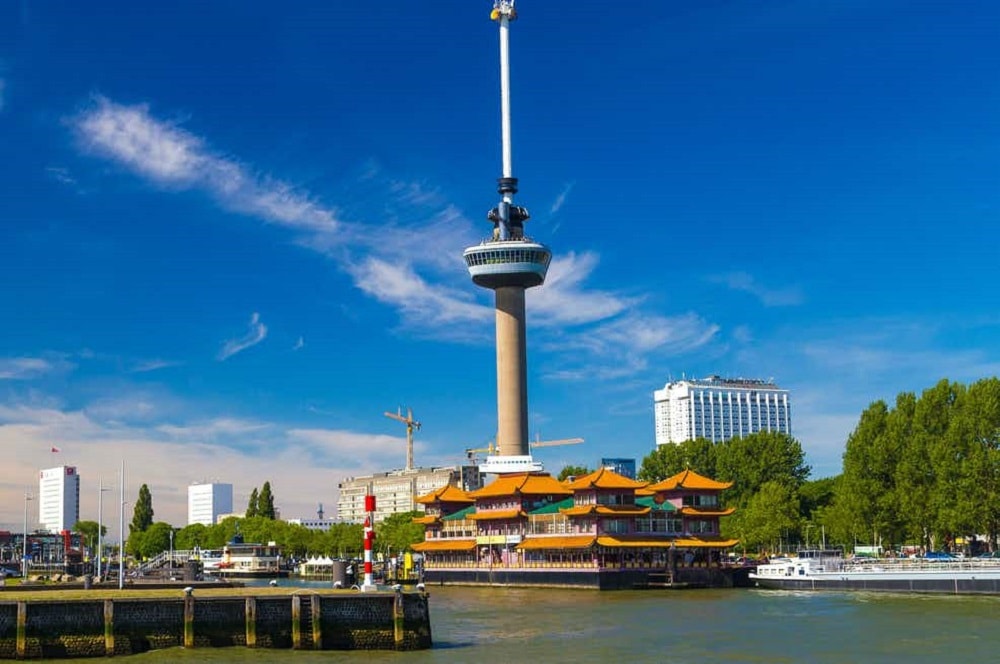 Euromast, designed by Maaskant Floriade as an observation tower and built in 1960; It is among the symbols of Rotterdam.The tower, which was used as a monument in 2010, offers a fascinating view due to its height. Today, Hotel New York runs the building, where you can even see the neighboring cities at the top.

The two suites named ”Heaven” and ”Star”, generally preferred by young couples and newlyweds on their honeymoon, offer romantic moments accompanied by a magnificent view. The restaurant on the terrace of the tower allows you to eat or drink something while enjoying this exquisite view. 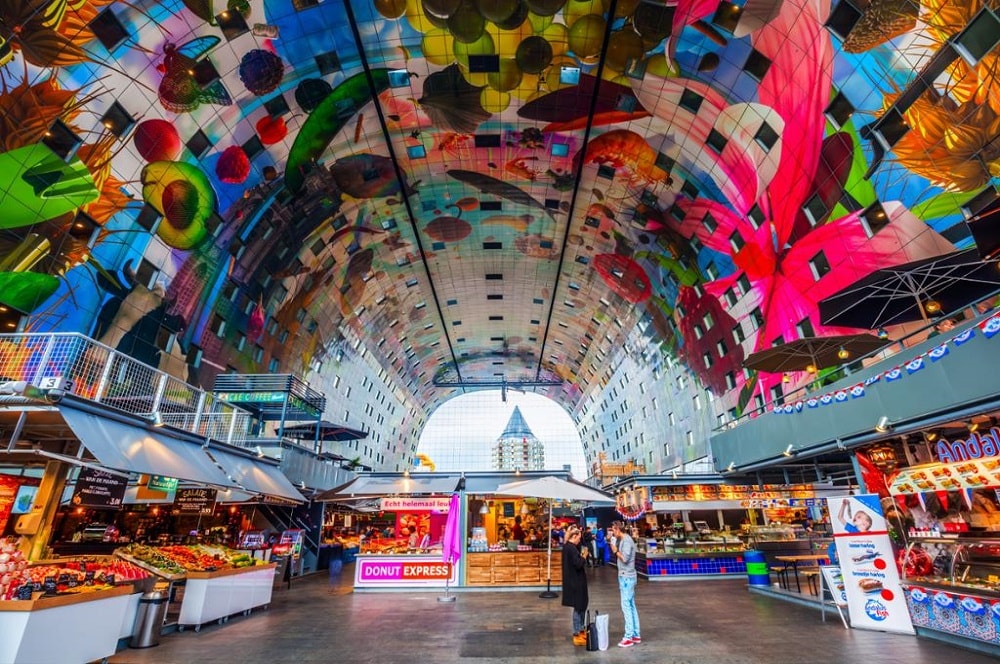 With the effect of being renovated after World War II, Rotterdam can be called the capital of colorful and innovative architecture.Built in 2014, this market is entirely devoted to food sales.Markthal has a large market floor under an apartment arch on the ground floor. Its shape, colorful interior and height turn Markthal into a unique show.

Unique is not just the shape and size, but especially the way different functions are combined. The combination of an apartment building covering the fresh food market with food shops, restaurants, a supermarket and an underground car park is unlike anywhere else in the world.The flats on the upper floor are used as residences. 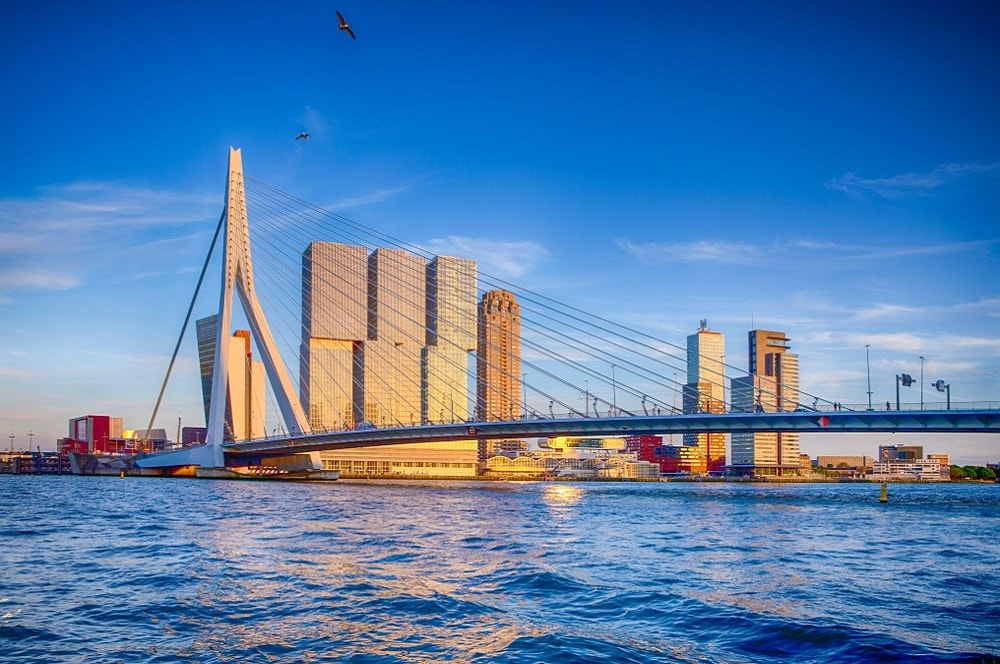 Erasmus Bridge, the longest suspension bridge in the world; It connects Leuvehaven, located in the center of the city, with the Zuid region south of the Nieuwe River.The bridge took its name from Desiderius Erasmus, one of the most important representatives of the Humanism movement.The bridge, which became one of the symbols of Rotterdam in a short time despite its construction in 1996, is known as one of the most beautiful examples of modern architecture, especially with the visual feast it offers at night.

Designed by architect Ben Van Erkel, there are two sidewalks, two bicycle paths, two carriageways and tram tracks on the bridge. The lower part of the bridge, which offers a magical atmosphere in the evening with its special lighting, is reserved for parking lots, gift shops, bars, cafes and restaurants. 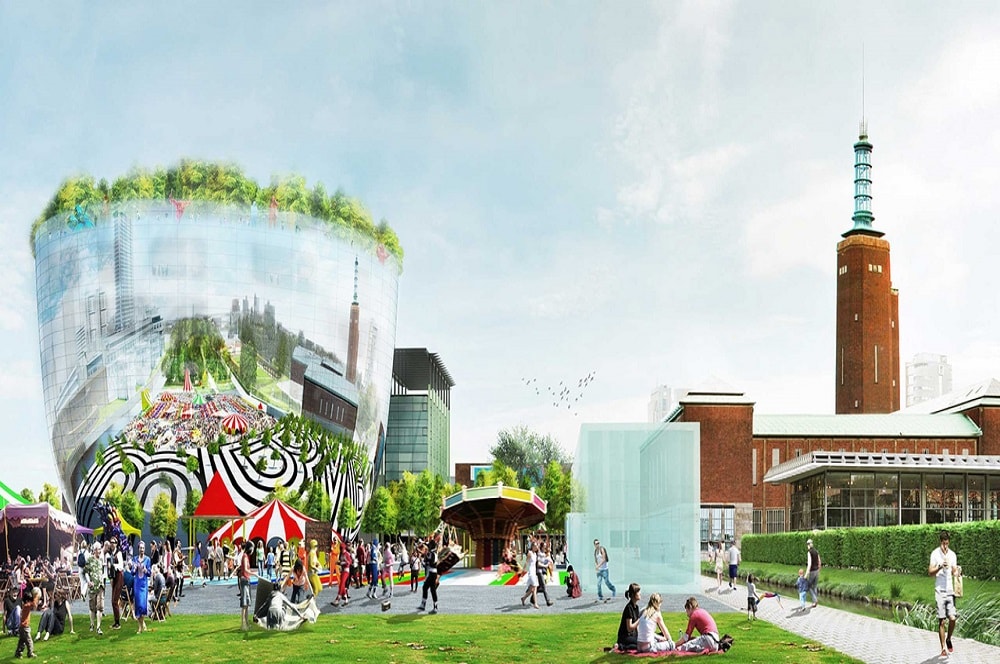 Museum Boijmans Van Beuningen; The museum houses one of the largest collections in the world, housing more than 140,000 works by the great masters of the past, including outstanding works by Rembrandt, Van Gogh, Leonardo Da Vinci, Cornell, Rubens, Dali, Magritte and Kokoschka.The museum, which hosts more than 300,000 guests a year, seems to be a must-visit for those who love to make cultural trips. 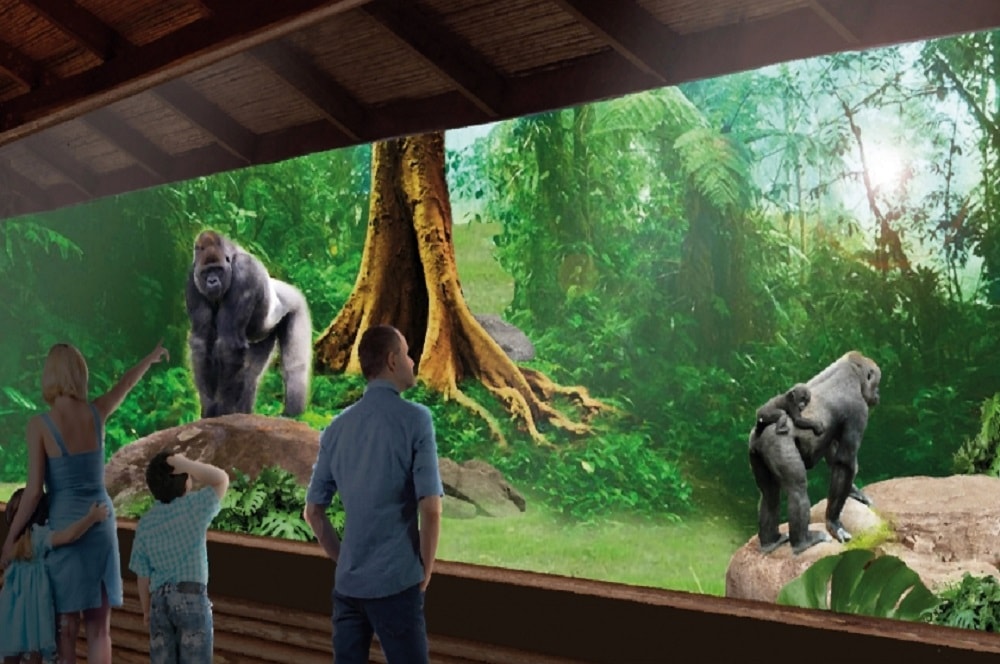 Diergaarde Blijdorp (Rotterdam Zoo), one of the most popular tourist attractions in the Netherlands; It is visited by about one and a half million people every year.In the zoo, where there are countless animals, the atmosphere in which the animals feel themselves in their natural environment is preserved. You can observe elephants in the tropical garden, visit the crocodile river, bat cave and gorilla island, and have the opportunity to see interesting animals such as polar bears up close. You can visit different types of animals from sharks to penguins in the sections reserved for aquatic creatures. 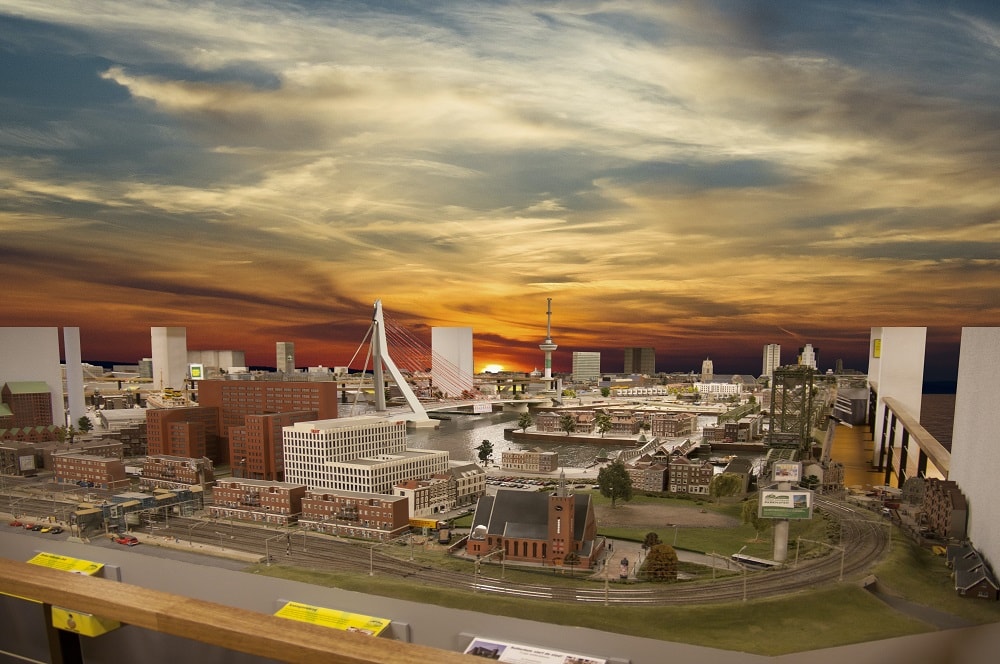 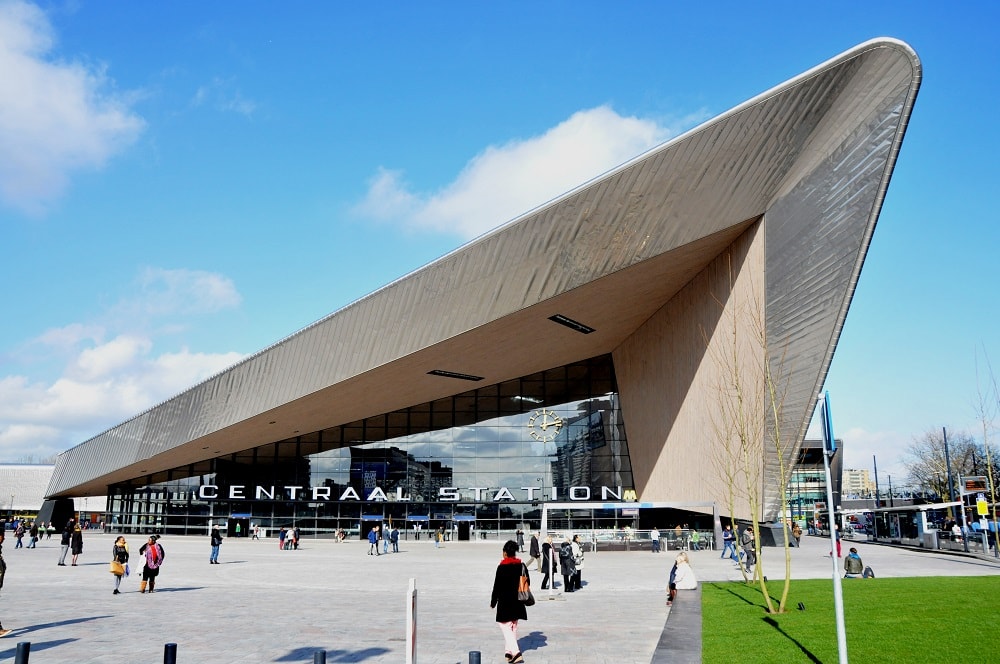 Like other examples of modern architecture you can come across in Rotterdam, Rotterdam Central Station brings together functionality, art and dynamism. The central train station, which is praised for its interior and exterior architecture, actually means more than a train station.

In addition to the restaurants where you can find traditional Dutch flavors on the upper floor of the station, the shops within the station that cater to different needs fully keep up with the train station design.Rotterdam Centraal Station, which collects compliments of Europe’s most beautiful train station, attracts visitors with its regular operation and special design, even if they do not plan to make any train journey.

*** You may be interested in; The 10 Most Famous Airports in the World 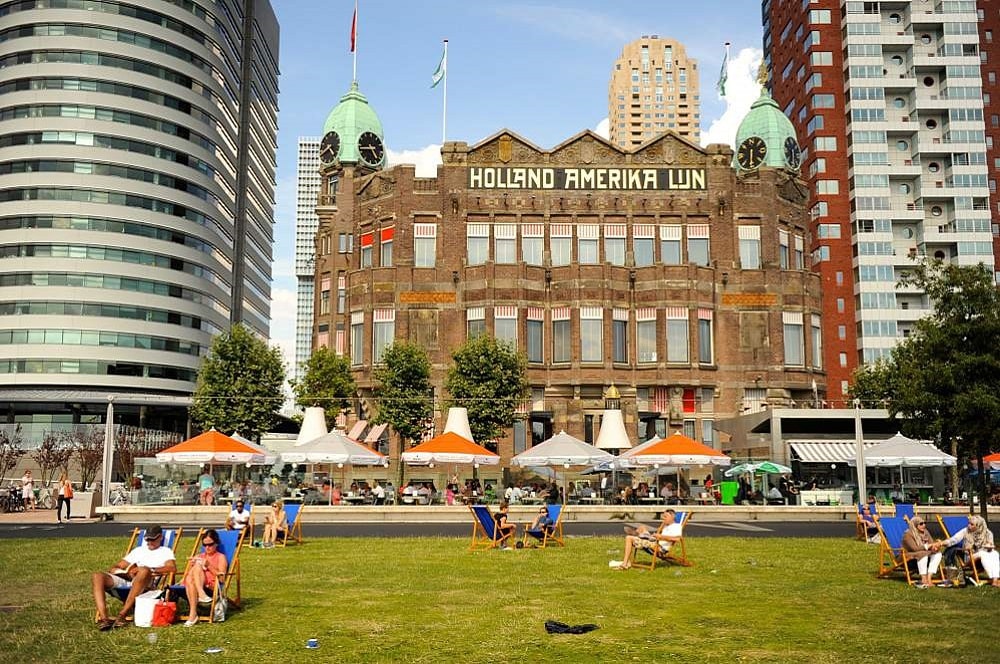 What makes Hotel New York one of the places to visit in Rotterdam special is that it is one of three buildings in the city that survived the Nazi Air Attack in 1940.The building, which was built in 1880, was used as the general office of the US-Netherlands Seaways, and since 1992, it has started to serve as a hotel, without changing its original appearance. You can spend some time or stay on the terrace overlooking the river at Hotel New York, which also houses a few cafes and bookstores.