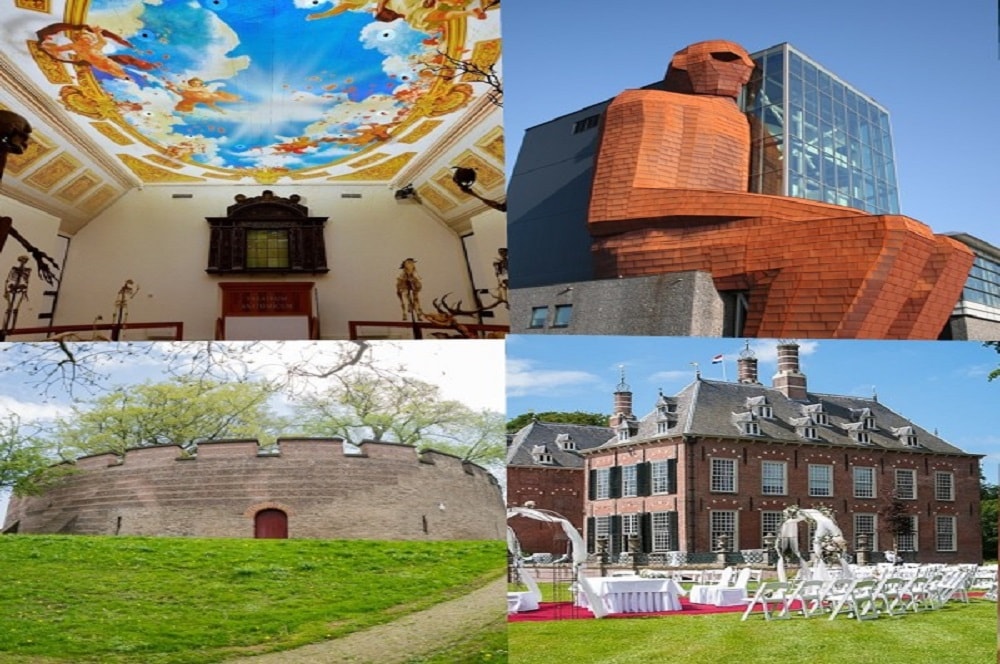 Leiden is a city in the Southern Dutch province of the Netherlands. Leiden, one of the most important university cities of the Netherlands, along with Utrecht and Amsterdam, is approximately 24 minutes away from Amsterdam by train.

It is known for its centuries-old architecture and the oldest Leiden University in the country dating from 1575. The university is home to Hortus botanicus Leiden Botanical Garden, founded in 1590, where the tulip was introduced to Western Europe.

The Dutch refer to Leiden as the “museum city”. There are many museums in the city that you can visit. The Museum de Lakenhal displays works by Dutch masters, including Rembrandt, born in Leiden. 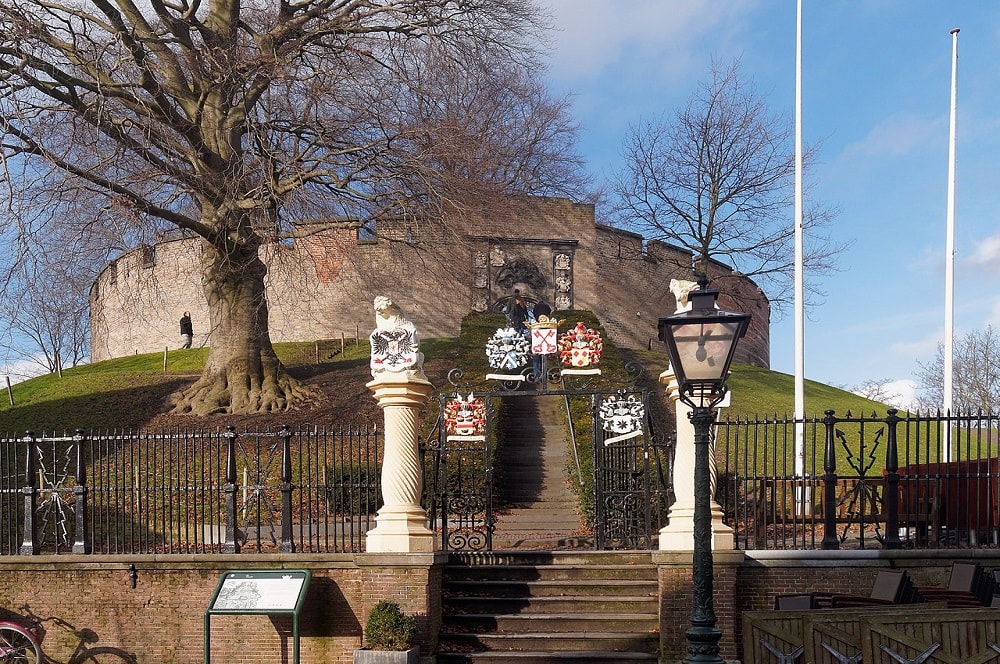 Burcht van Leiden is an ancient sea shell built-in Leiden in the 11th century. It is located at the point where the two branches of the Rhine River, Oude Rijn, and Nieuwe Rijn, meet. One of the three gates best accessed through an interesting old gate displaying the city’s coat of arms and a lion figure. Burcht van Leiden is a must-see. Perched atop a 12-meter-high mound built to protect it from flooding, this 11th-century fort, also known as Leiden Castle, was once guarded by a 35-meter-diameter wall circuit and two canals, one. The building is on top of a motto and today it is a public park. 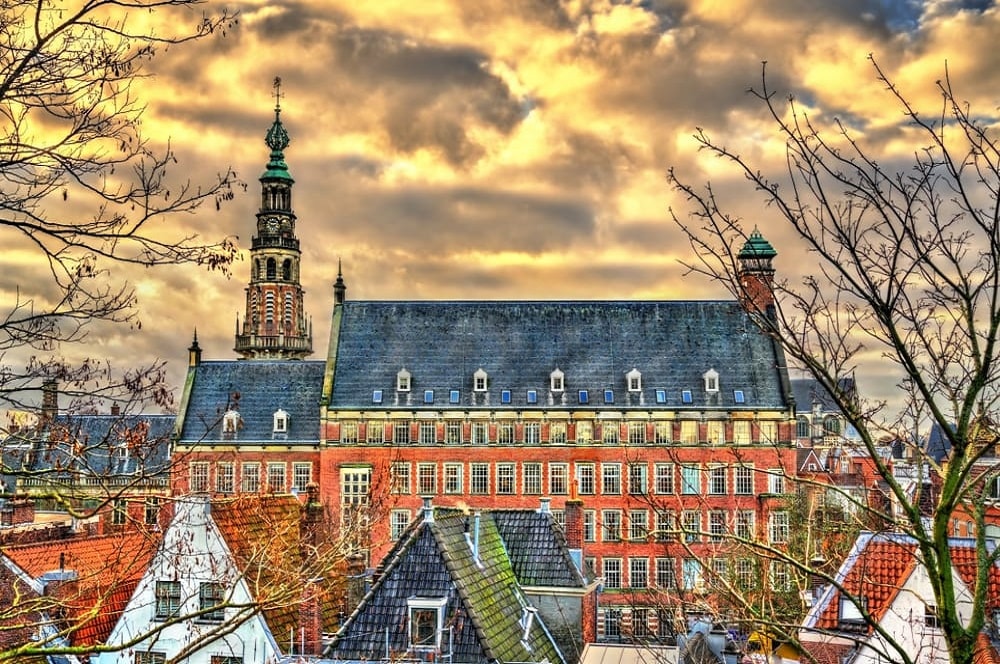 Built-in 1597 in accordance with Renaissance architecture, the building is the city’s town hall. It is one of the most prominent buildings in the city. 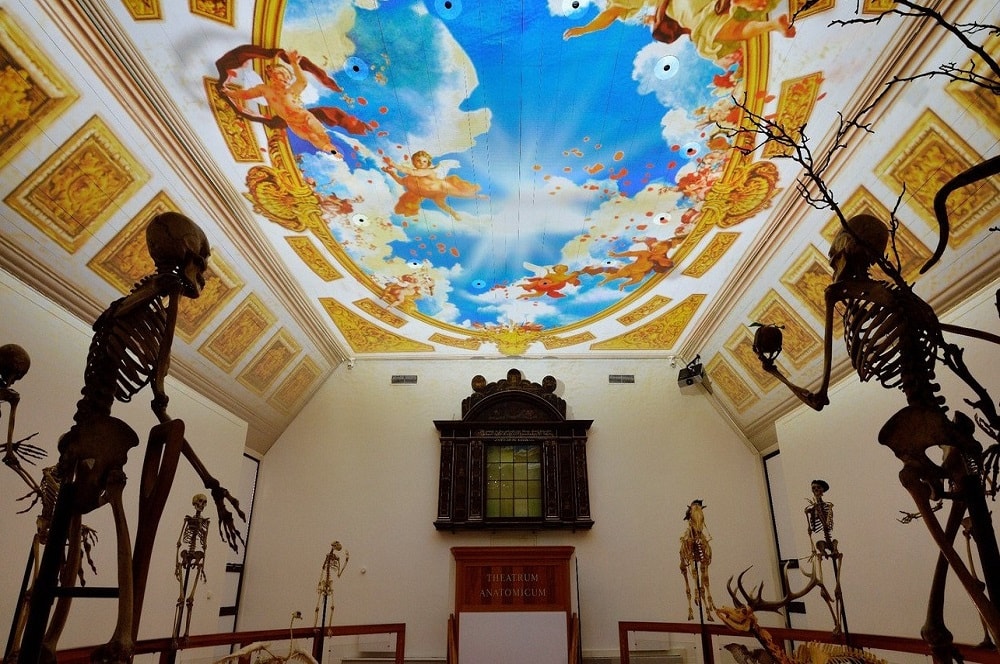 Rijksmuseum Boerhaave is a science and medical history museum with its headquarters in Leiden, the Netherlands. The museum houses a collection of historical scientific instruments from all disciplines but mainly medicine, physics, and astronomy.

Named after the Dutch physician Herman Boerhaave, a renowned botanist and university professor, including his students Peter the Great and Voltaire, the museum also includes a fascinating collection of “Gapers” with engraved wooden heads depicting the effects of ingestion drugs. Also here is a replica of the Leiden Anatomical Theater from the late 16th century where cadaver dissections were made. 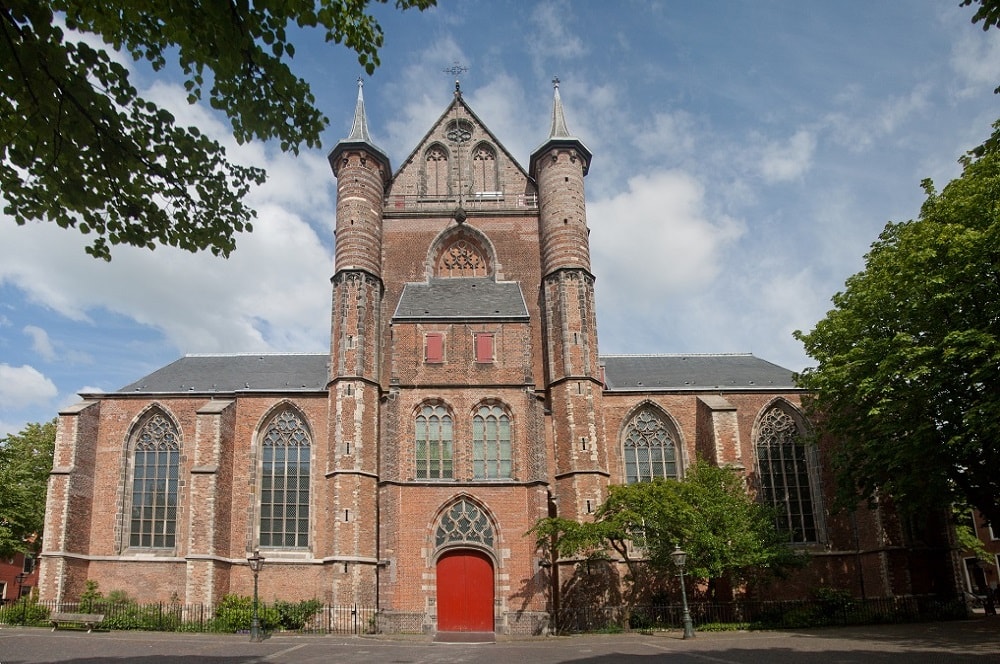 Built-in the 16th century, the church reflects the late-gothic architectural form. Another important feature of Leiden is that it is the city where the Calvinist (a sect of Protestantism) British, who escaped from religious oppression in England, lived in the Netherlands, inspired by the understanding of freedom of religion in the Netherlands.

This group lived for 10 years in the city they came from in 1609 and directly opposite the church. Later, they set out for the American continent. If you want to explore the history of these immigrants, there is also a museum in Leiden dedicated to them. 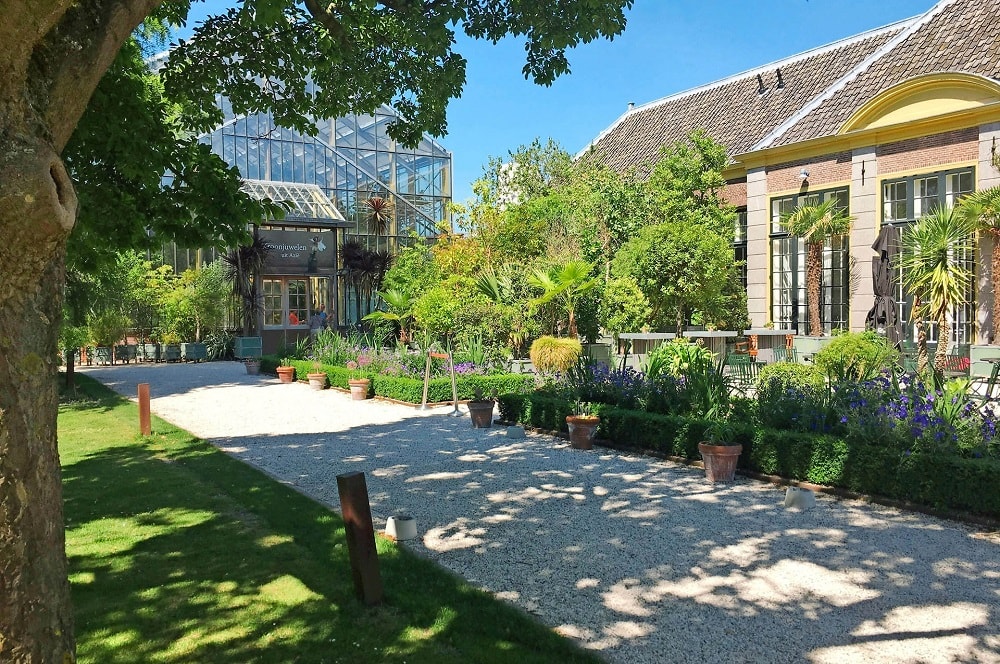 Hortus botanicus of Leiden is the oldest botanical garden in the Netherlands and one of the oldest in the world. It is located in the southwestern part of the historic center of the city, between the Academy building and the old Leiden Observatory building.

More than 10,000 botanical species are found here, along with dozens of bird species, most from the farthest corners of the world. The Winter Garden with its collection of cycads and carnivorous plants, the large ornate conservatory built-in 1744, the Rosarium, and the Japanese Garden are also worth seeing. 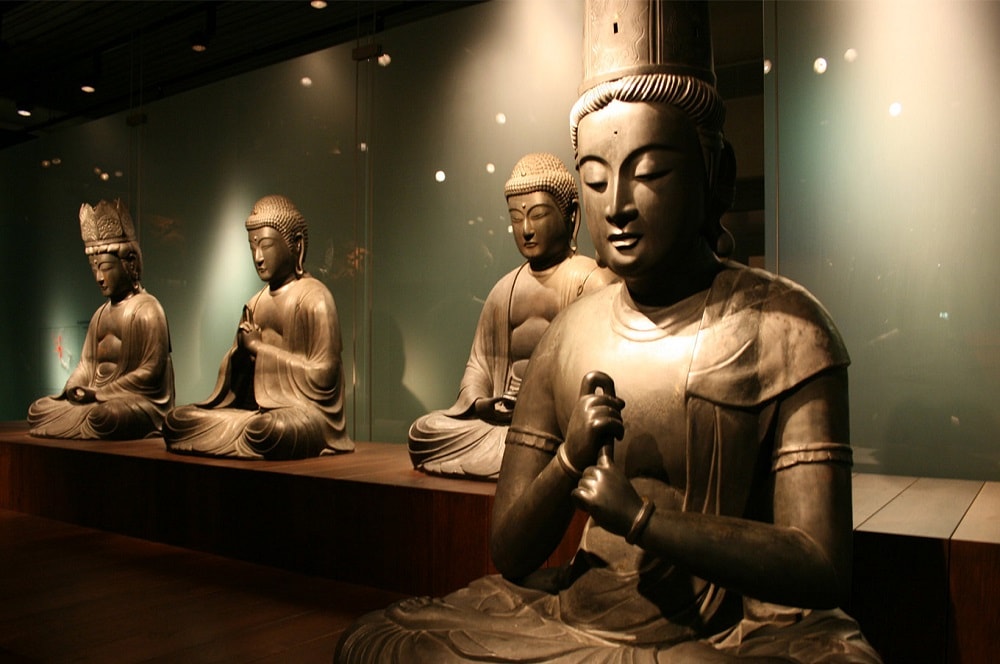 The National Museum of Ethnology is an ethnographic museum in the Netherlands located in the university city of Leiden. Founded in 1837, the museum housed in a series of buildings spread across the city until a new home was found in the old University Hospital in 1937.

Artifacts from Indonesia and Japan come mainly from their extensive collections from all over the world. The Buddha Room is particularly interesting with its collection of sculptures depicting the prophet in various poses. One-hour English guided tours are available and can be tailored to specific interests and collections. Fun and educational workshops are among the top things to do here, from learning traditional dances to exploring cultural activities and crafts. 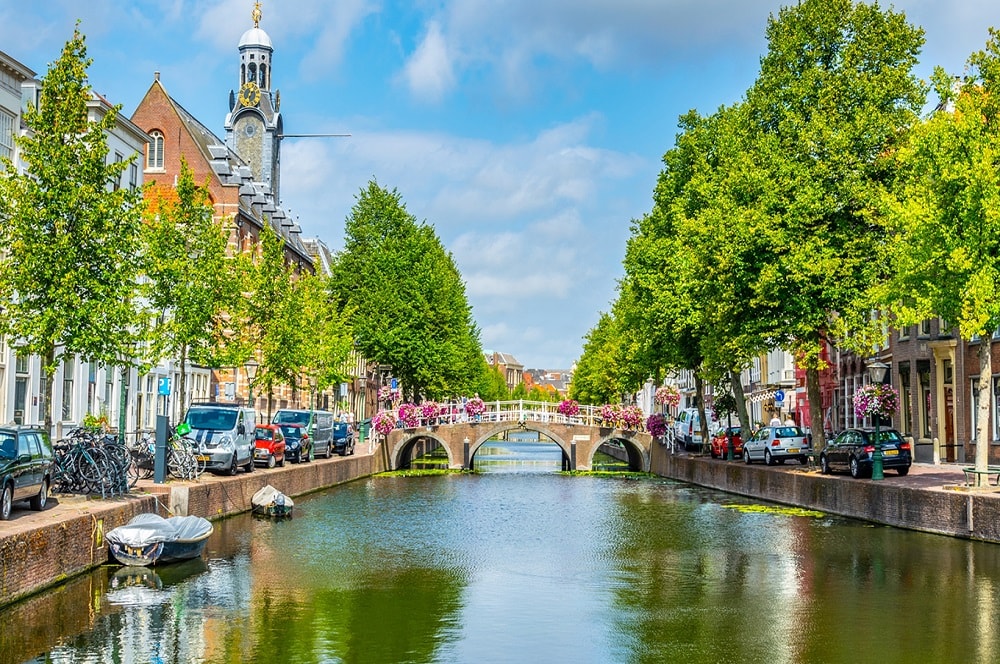 The canal on the Rhine River is currently not used for trade, although it used to make Leiden an important trade center. The most beautiful point of the canal, which has quiet walking paths, is the Weddesteeg and Galgewater region where the canals meet. Here you can see Leiden’s old city gate, wooden bridge, and windmill.

You can see the Koornbrug Bridge on the canal and the west (Morspoort) and east (Zijlpoort) gates of the city. This point was actually used as the gate of the city in the Middle Ages. When you consider how close it is to the city center, you can calculate how small the city was in the past.

*** You may be interested in; The Most Beautiful Places to Visit in Ottawa 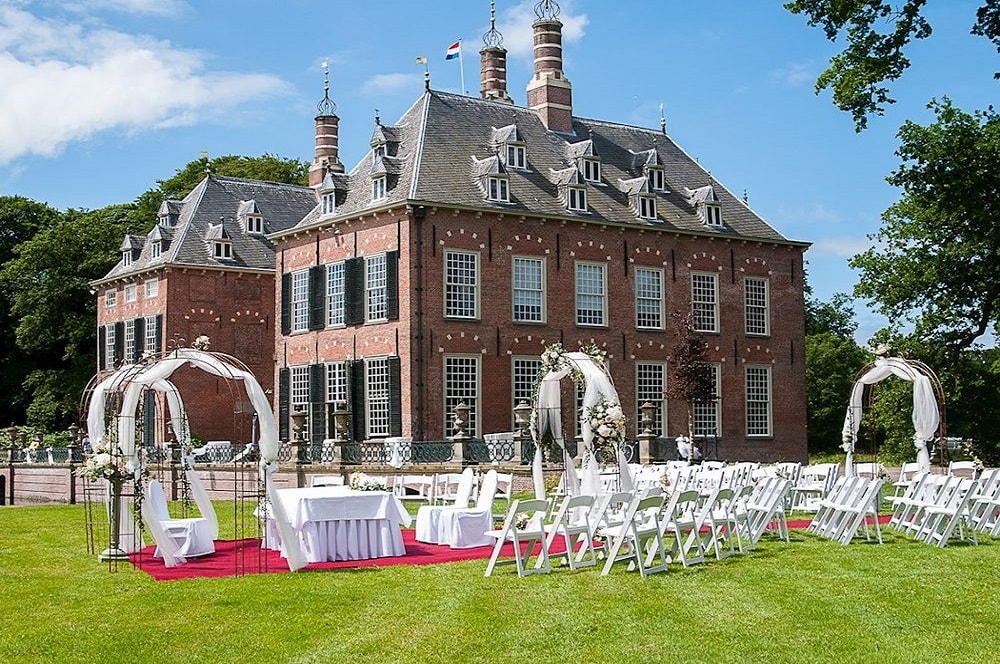 Duivenvoorde Castle is a castle in the town of Voorschoten, South Holland, in the Netherlands. It was first mentioned in 1226, making it one of the oldest castles in South Holland. Highlights include the ancient Roman stones written in Latin and used to decorate the front hall; authentic 18th-century décor and furniture; a large art collection including portraits, sculptures, and drawings; and exhibits related to life in the castle over the centuries.

*** You may be interested in; Top 5 Historic Castles of Croatia 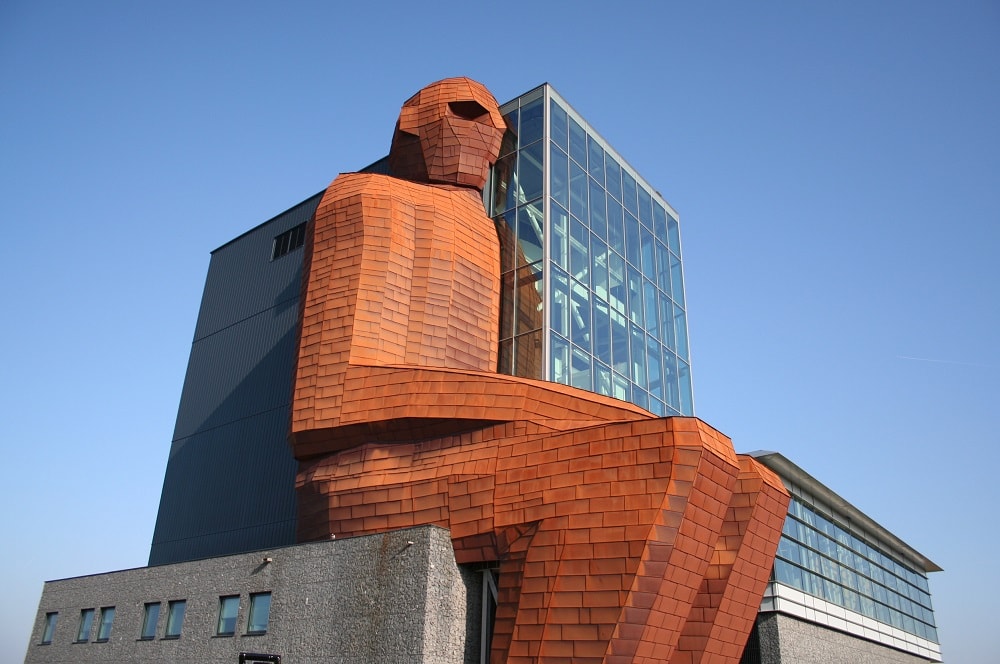 The Corpus Museum is a human biology interactive museum, located near Oegstgeest in the Netherlands. Billed as “a journey through the human body”, the museum provides both education and entertainment through a combination of permanent and variable collections.

This fun exploration of the human body suitable for all ages – a mix of fun and education – starts in the lower regions (knees) and takes you up the escalators to the brain, providing plenty of learning opportunities along the way. 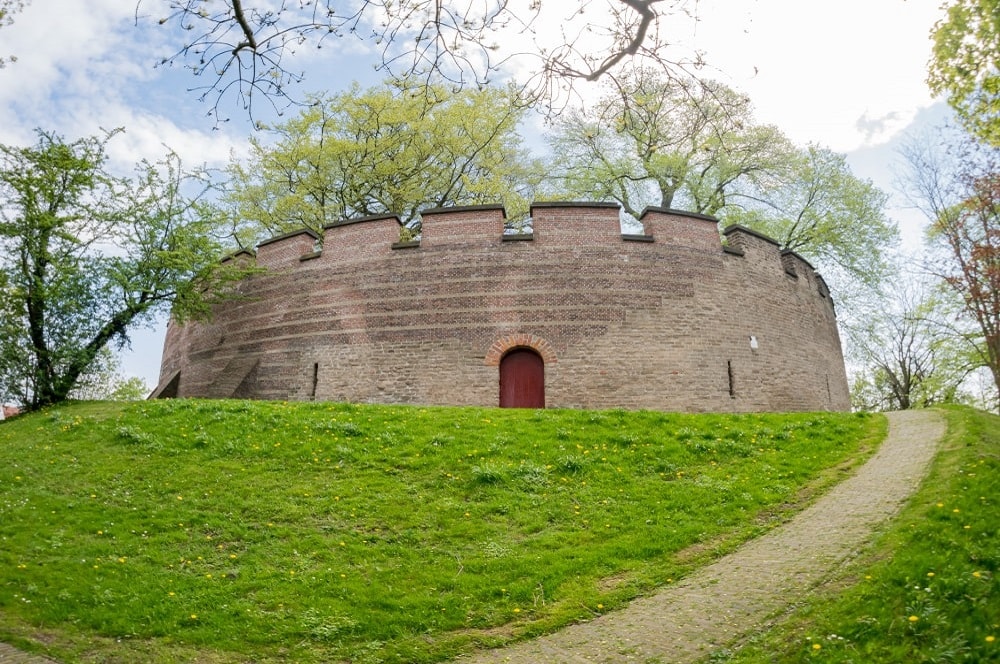 Built-in the 11th century, the castle is located in the heart of Leiden. The castle, which is an ideal point to watch the city from a panoramic view, reveals the whole city of Leiden. The castle, which is located in the middle of the two important canals of the city, the Old and New Channels, played a role in the protection of the city. It is currently used as a public park.