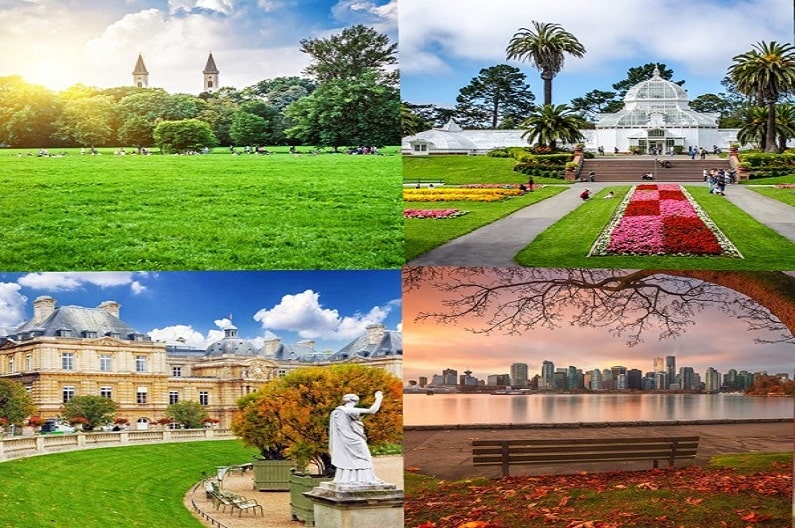 As buildings rise around the world, we have started to be more sensitive to the green environments that we breathe. We see these green environments as parks in big cities. It is one of the most enjoyable and economical ways to breathe the air of a city and get to know its people closely; To take a break in city parks with a thermos full of coffee.

Life flows fast; public spaces where the daily rush is replaced by calm nights, children playing in the park are replaced by young people playing music; Almost always tells a lot more than any other touristic brochure. We have compiled for you 10 beautiful city parks of the world that will still offer you the opportunity to enjoy the greenery and nature. 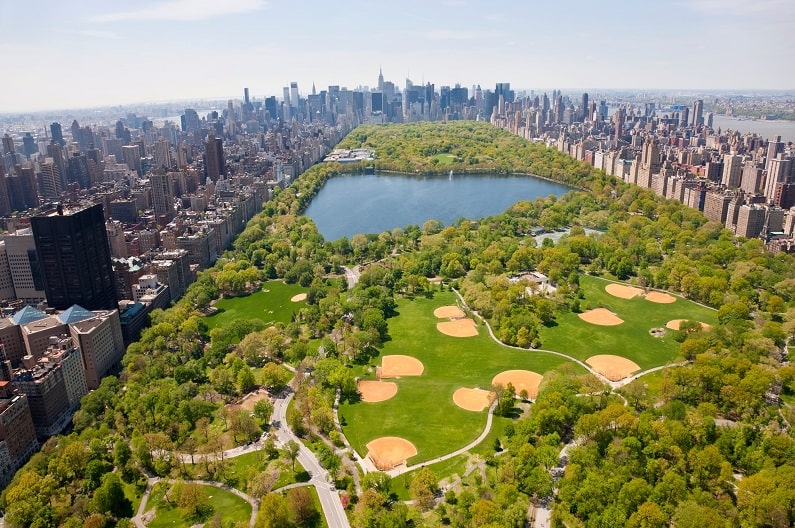 Central Park, located in the heart of the continent, New York; An address we are familiar with, albeit from Hollywood productions. With its centuries-old history, the park has been in the service of the public since 1857. Central Park, which has an annual visitor number of 40 million; Thanks to these statistics, it is almost racing with the wonders of the world. 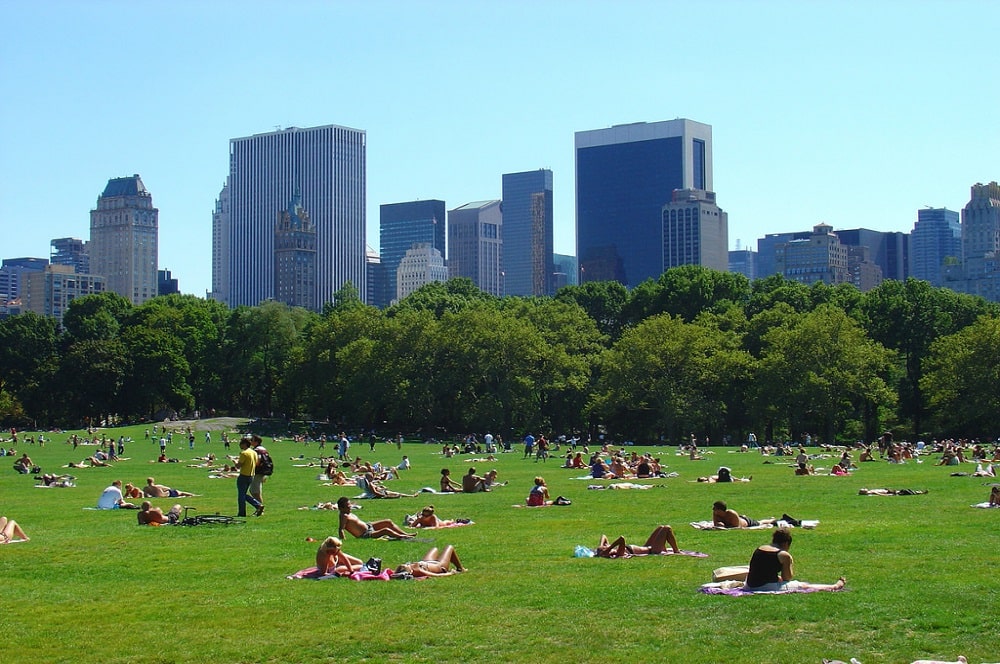 You can fit in small pleasures such as getting away from the noise and chaos, doing quiet morning sports in the middle of a metropolis, or traveling with a rowboat on giant artificial lakes. Of course, do not neglect to keep your coffee with you. 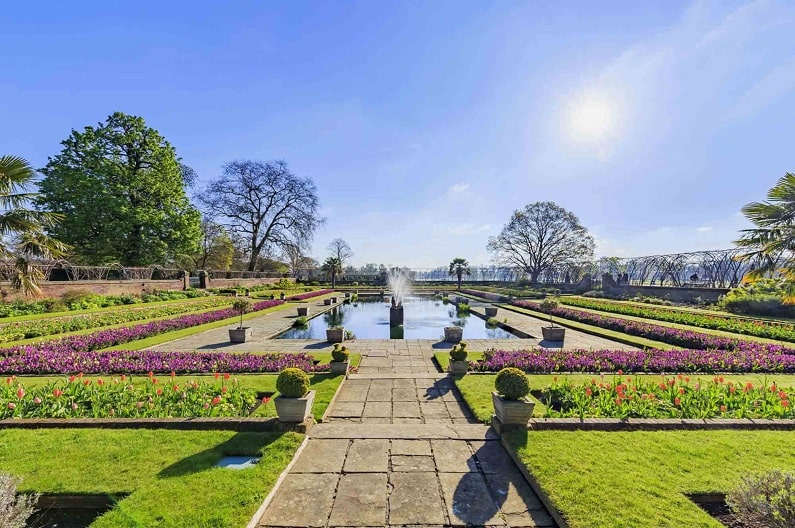 Founded in 1637, the park was built on an area of 2.55 square kilometers. This park is the public gathering place and is the central location for the mass demonstrations. In the huge park, you can also come across open-air concerts especially in summer and spring periods. 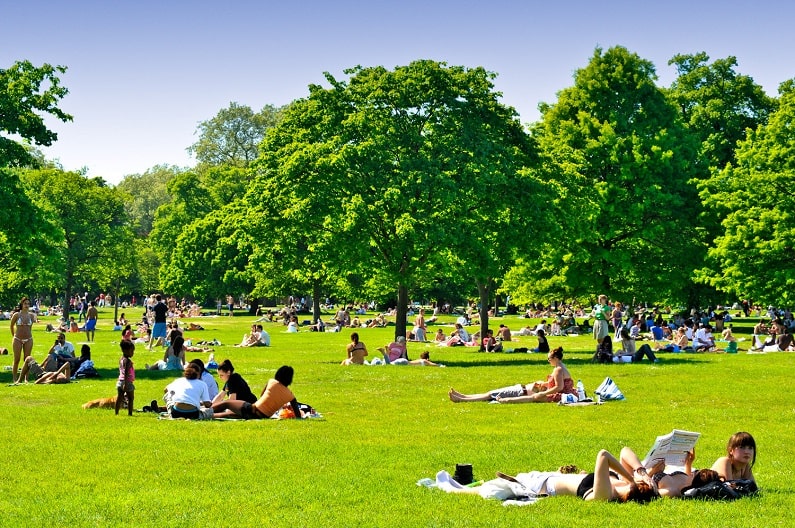 Serpentine Lake in Hyde Park is a point of attraction for the British with its swimming, canoe, and pedalo options. Apart from this, there are attractions such as an ice rink, education park, playgrounds, restaurants, and cafes in the park. 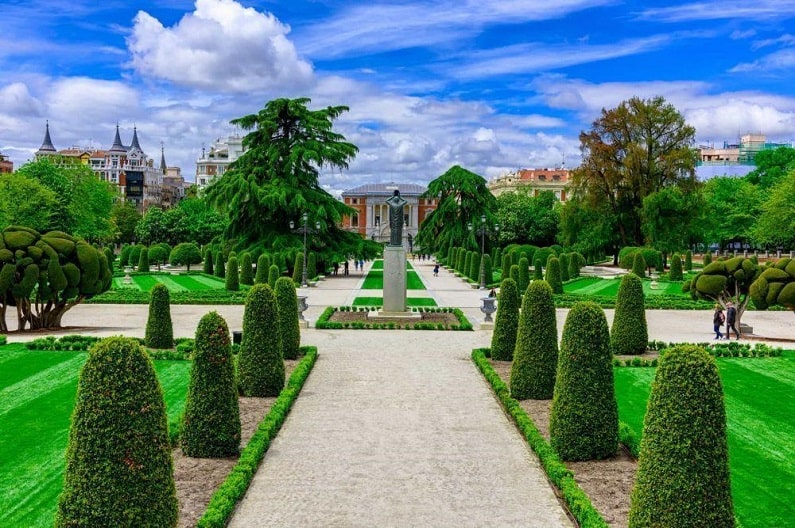 This park, one of Madrid’s big parks, belonged to the Royal family before the 19th century but was opened to the public at the end of the 19th century. It is also referred to as Retiro Park or El Retiro Park. There are sculptures, monuments and galleries in the park, which is among the biggest of Spain and the capital Madrid. 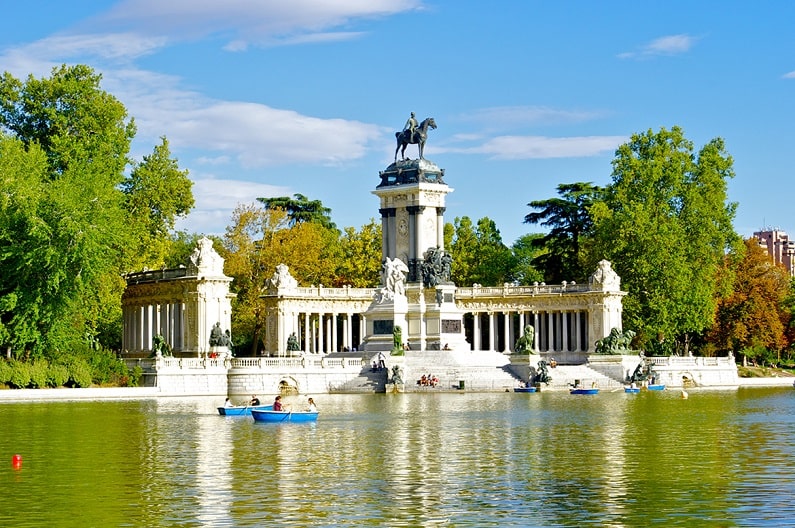 The Crystal Palace is undoubtedly the center of attention for tourists in the park. Known as the Palacio de Cristal, the history of the palace dates back to 1887 and this place is definitely present in all commemorative photographs. If possible, you should visit the rose garden in the park at the beginning of June. 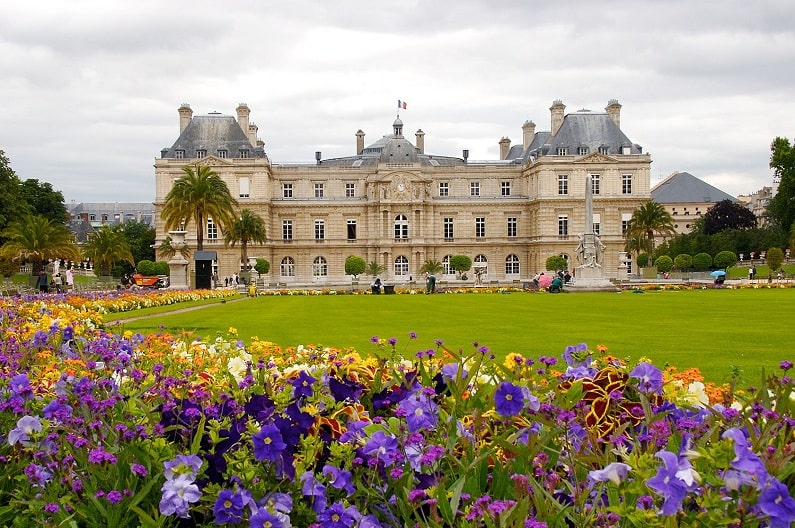 Although its name is Luxembourg; This private garden can be regarded as the greenest area you will encounter in Paris, the capital city of France. The octagonal pool in the middle, statues, fountain, theater, and concert areas are worth seeing one by one. In the garden, there are also areas suitable for many sports, especially the tennis court. 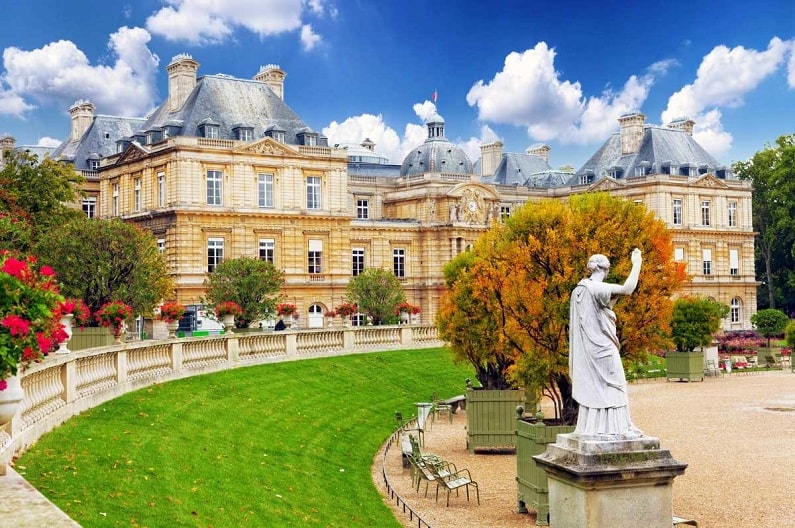 Needless to say, the garden becomes particularly delicious in the spring months. For those who travel in the winter months, there is a risk of disappointment. If you are in the Luxembourg Garden in good weather; In a European city like France, you can skip a meal here in a very enjoyable and economical way with a sandwich and a cold drink you can buy from the market. 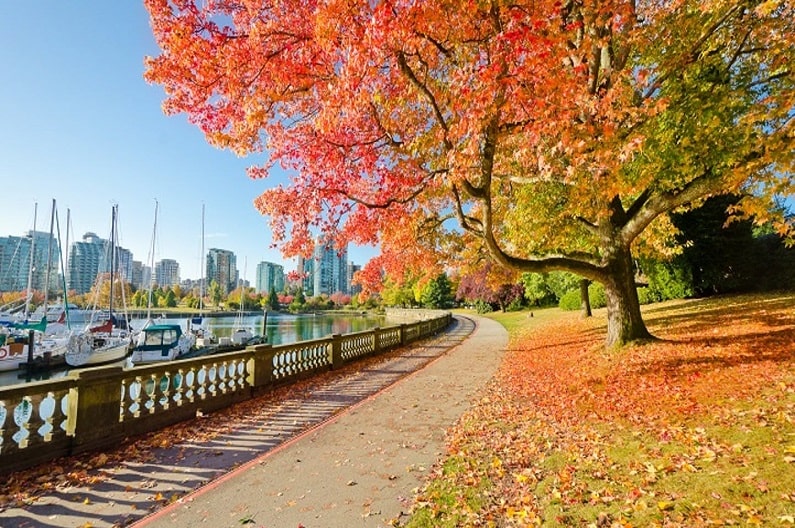 A beautiful park as you can see in the United States, at least, is available in Vancouver, a neighboring country of Canada. Stanley Park; a destination on the waterfront consisting of thousands of trees. In this respect, this place can be described as a mini paradise that combines blue and green. 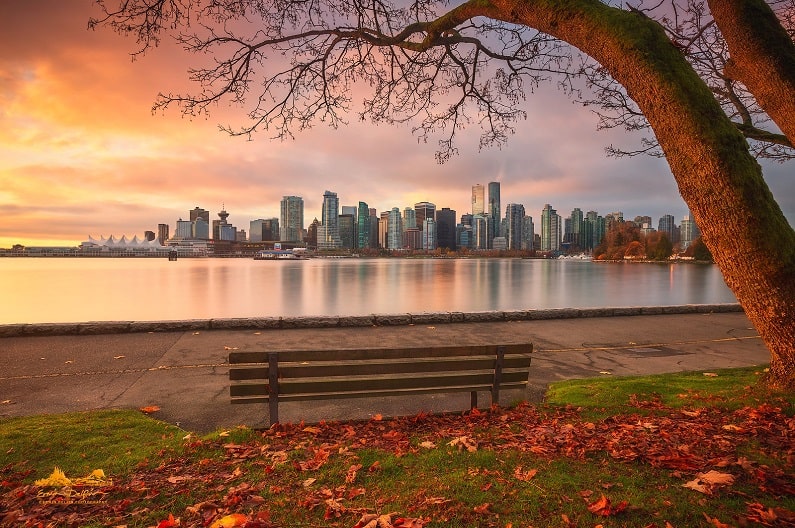 Moreover, as in many famous city parks, Stanley has many social areas such as golf courses, open-air theaters, pools, and playgrounds. The park, which is a meeting point for the locals; If possible, should take its place in Canada travel programs that are full.

*** You may be interested in; Discover Canada’s Wonderful City Vancouver 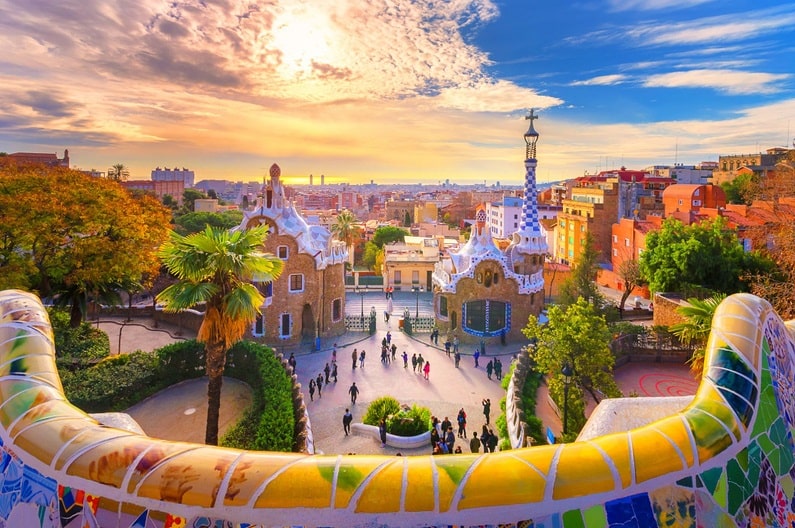 Many of the city parks you can see around the world can also be considered gifts of nature. However, we cannot say this for Park Güell, located in Barcelona, one of Spain’s most touristic destinations. This place is the work of architectural genius Antoni Gaudi.

There is a complex structure and mosaic floors in the park, which has a beautiful view thanks to its location. You cannot hide your astonishment and admiration as you continue on your way through the castles and fountains in Park Güell. 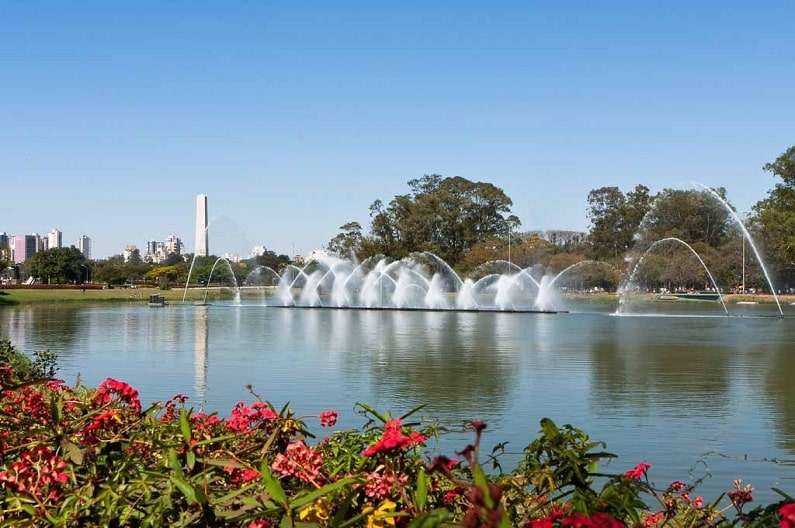 Ibirapuera Park, which is one of the most important touristic assets of Brazil; has been serving since 1954. The opening date of the park also represents 400 years in the history of the city. The park is generally divided into different areas such as entertainment venues, gathering areas, and pond areas. 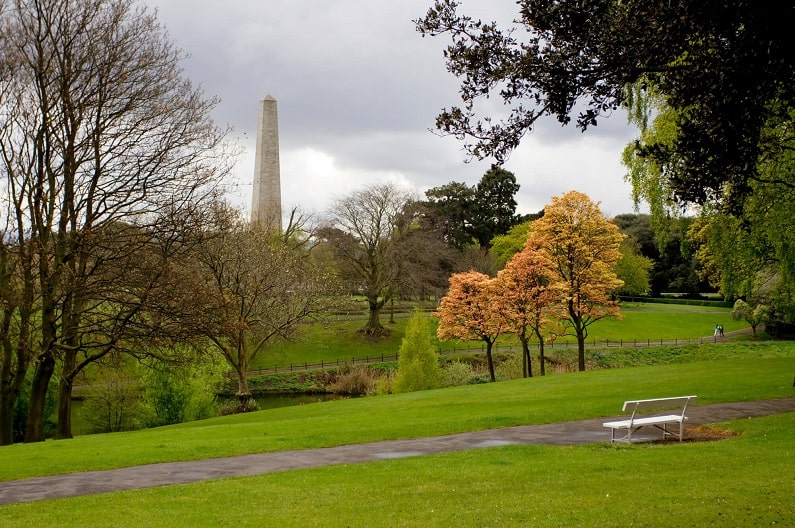 In Dublin, the capital of Ireland, there is a beautiful park that you can visit as a family. This is a place where you can freely observe animals in the open air or get to know hundreds of different flowers one by one, which is especially educational for your children. 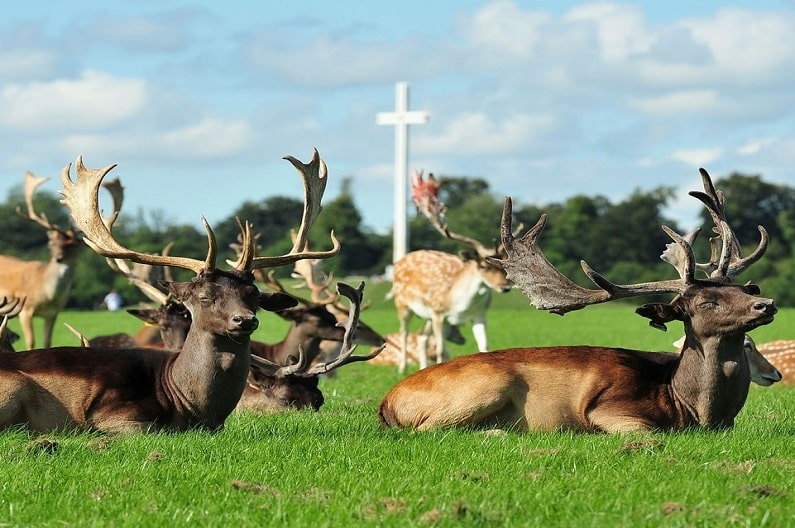 Wide roads covered with trees, official buildings, magnificent houses, statues, and monuments welcome you in the park. We can say that the deer roaming freely in the park brought the brand value of this place to the top. 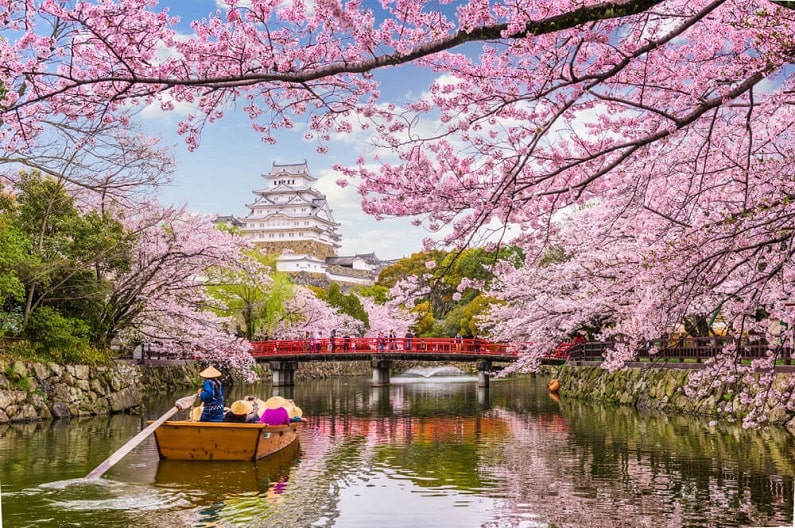 If you have the chance to be in Tokyo at the opening of the cherry trees called Sakura, you should definitely consider visiting Ueno Park. There are many museums for history lovers in the park, where everywhere has a wonderful shade of pink. 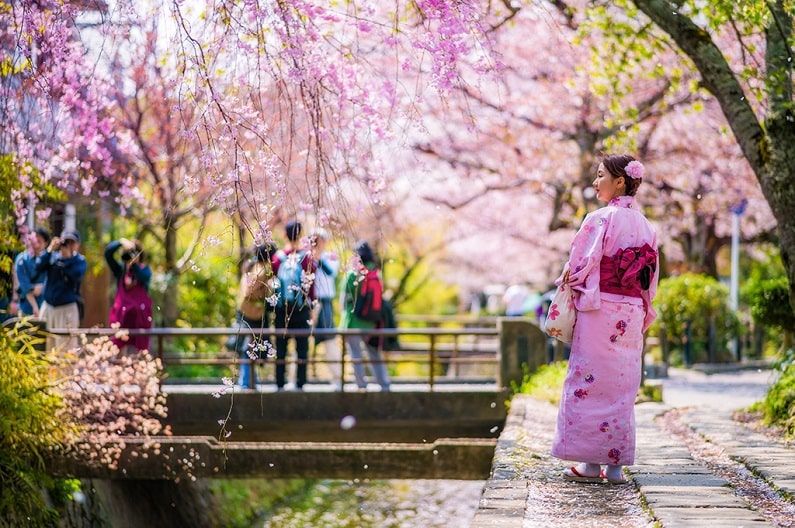 Founded in Japan in 1873, Ueno Park is also the country’s first public green area. Located in the Ueno district, the park spreads over a land that was used as a temple in the past. 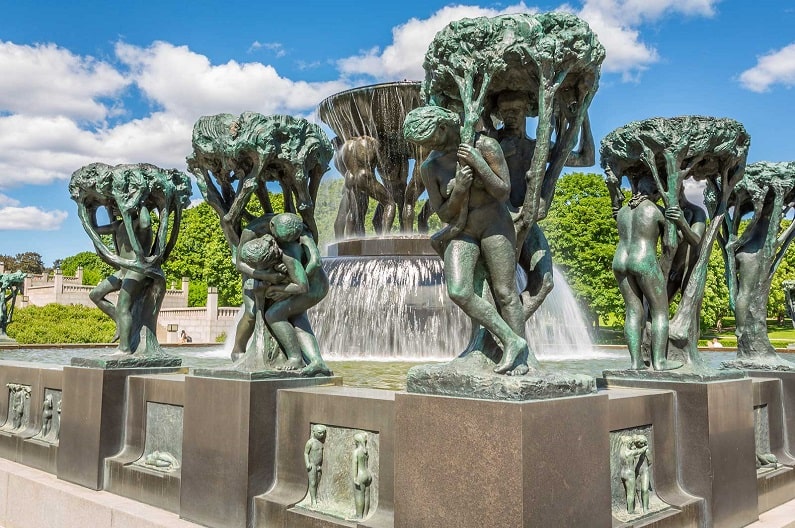 We can show Vigeland Park in Oslo Norway as one of the most characteristic parks of Northern Europe. This place can also be thought of as an open-air museum devoted to the works of the famous sculptor Vigeland. The artist, who died in 1943, has an important place in Oslo. 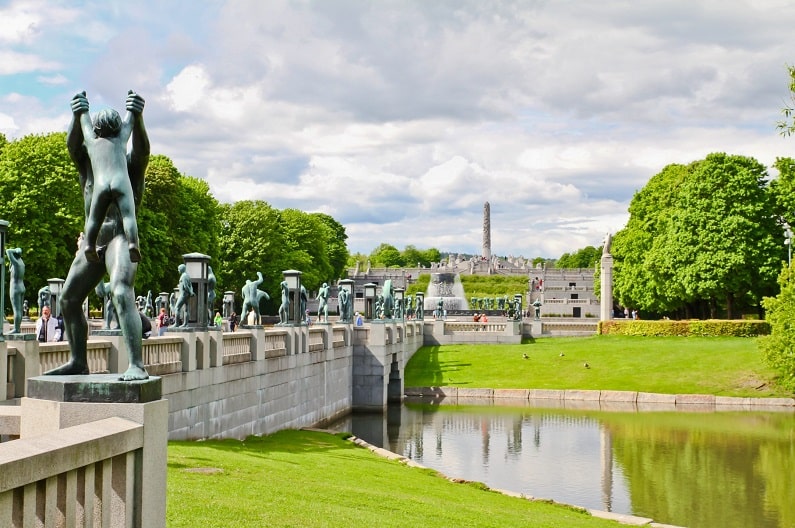 The works in the park, which hosts nearly a million visitors every year, can be considered too “bold” especially for the eastern countries. You can reach the park by both tram and bus.

*** You may be interested in; 7 Countries That Must See For Winter Lovers Amsterdam, the most beautiful city in the Netherlands, is on the list this time with the city park named after the famous poet Vondel. The annual total number of visitors to the park is over 10 million. This place also means peace for the locals of Amsterdam. 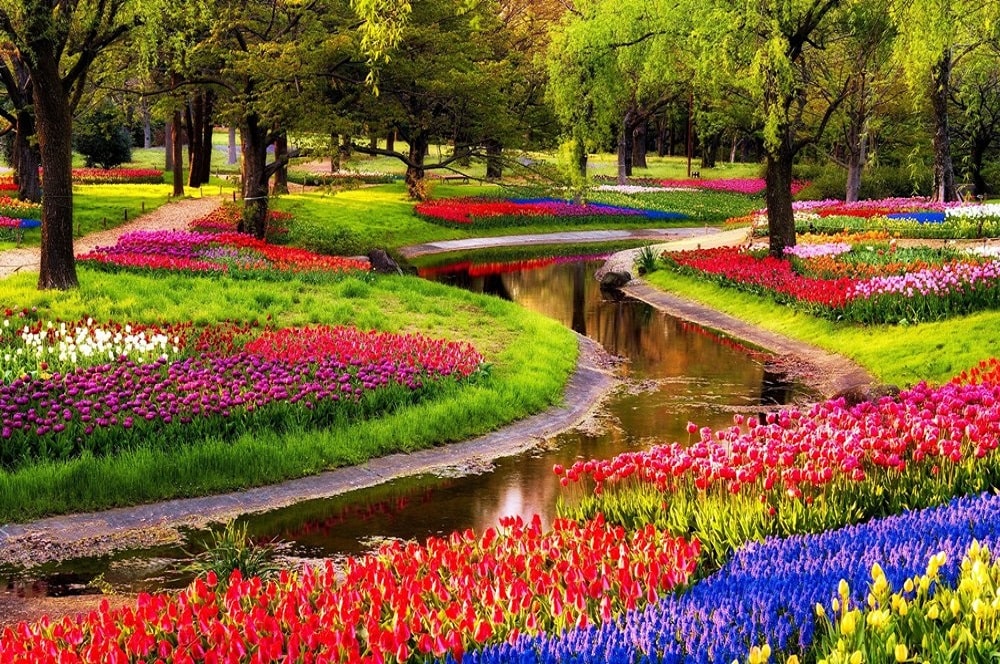 If you are in the vicinity of Vondel Park during the Dutch nights, where the weather does not get dark in the summer months, there is a possibility to come across wonderful concerts here. The considerable population of cyclists in the Netherlands is also evident in the park. Melbourne, the second-most populous city in Australia, has a city park that has defied years. It is also the capital of the state of Victoria; It has been home to a green area called Flagstaff Gardens since 1862. The park, which has 18 decares of land, is not only a natural beauty; it is also a historical and archaeological value. This is one of the most visited places in all of Melbourne.

*** You may be interested in; Top 10 Places to Visit in Melbourne 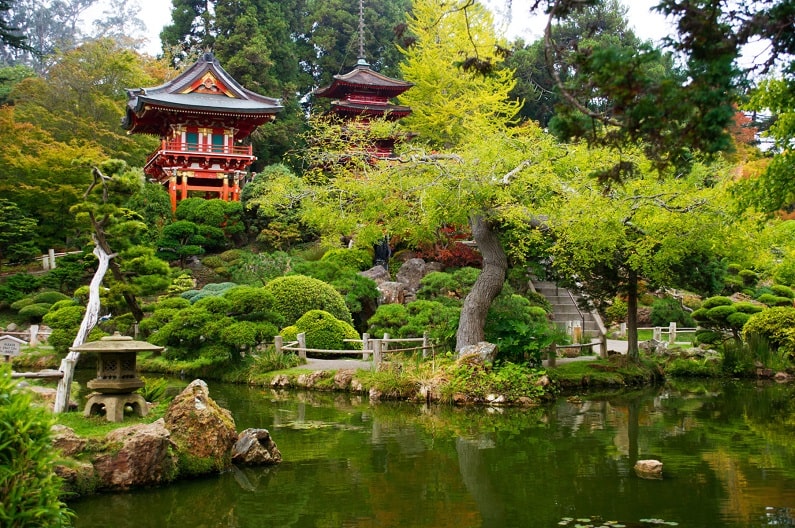 Don’t just look for green areas in the park. As you will get enough fresh air and oxygen here; You can also include museums, galleries, sculptures, and sports facilities in your visit program. The Japanese Tea Garden, the aquarium, and the De Young Museum are among the favorites of the park visitors. 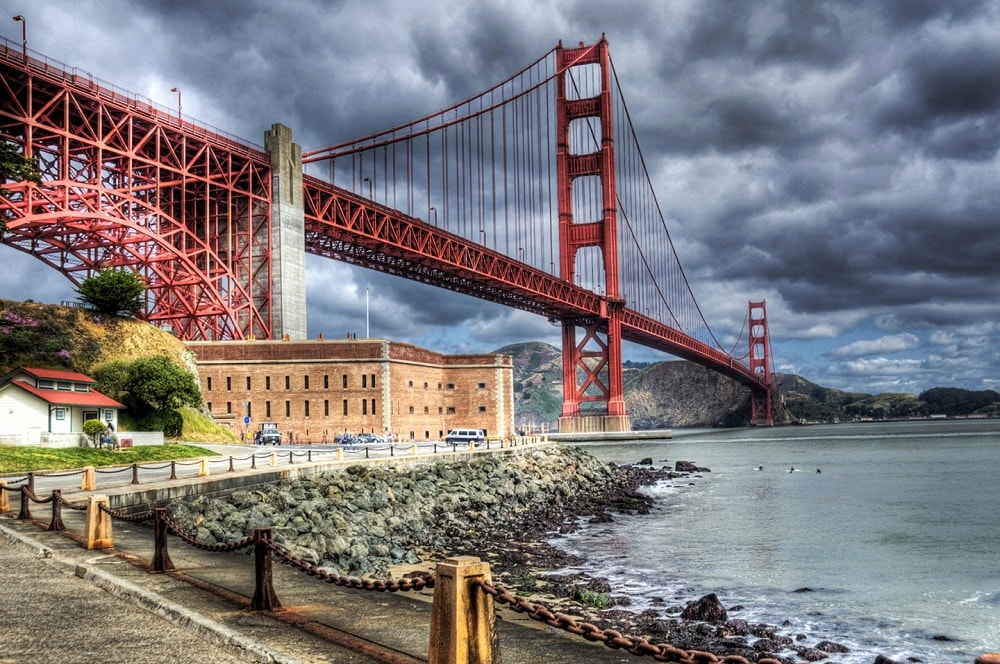 In the rest of the park, it is also an unwritten rule for tourists to visit the bridge known as the Golden Gate and to have a souvenir photo here. California Academy of Sciences is also located in Golden Gate Park. When the area is very large, you can take a scooter or bicycle tour in the park. 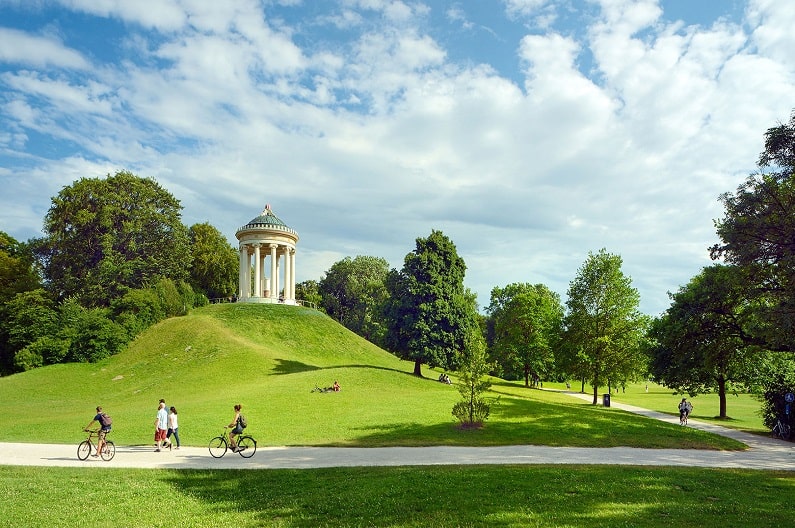 This time, although it is referred to as English, we are in a flamboyant garden located in Germany. The English Garden, which got its name among the most beautiful city parks in the world; welcomes tens of thousands of people every day. Considering that the history of the park dates back to the 19th century, this statistic is much more meaningful. 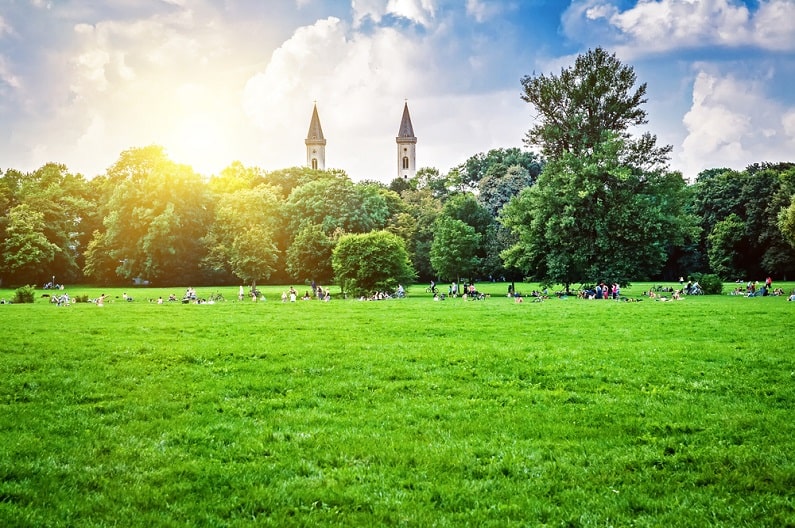 Going for walks, picnicking and sunbathing are among the favorite activities of Germans who come to visit the garden. Considering that you are in a very large area, you can rent a bicycle. This is also ideal for those who like long walks. Villa Borghese Park, located in the capital city of Italy, Rome; is also known as Italy’s Central Park. In addition to the magnificent view in the park, many attractions such as monuments, lakes, galleries, and zoos await you. 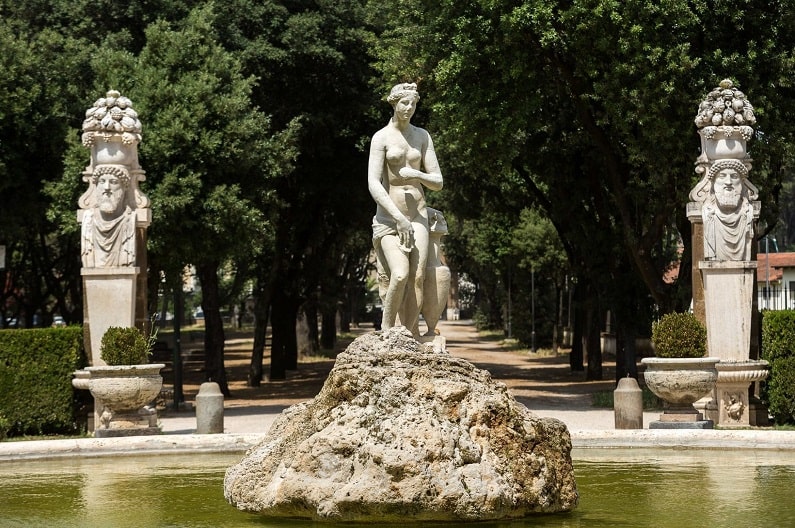 When listed in this way, Villa Borghese has 90 touristic spots; It is a rare location for crowded families that can attract family members of all ages differently. There are many places to see in Borghese Gardens, from activities for children to world cinema for young people to movies with screenings. By the way, let’s remind you that you can rent an electric bike in the park.