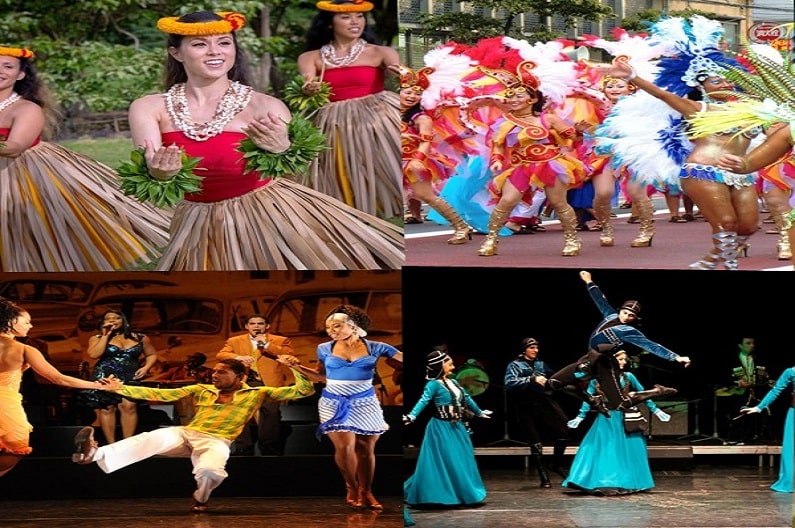 Dancing has a very important place in almost all countries of the world. Some of the dances are considered the best in the world and attract attention. Each dance culture excites the audience with different meanings and messages. We will share the 10 best dancing countries in the world with you. 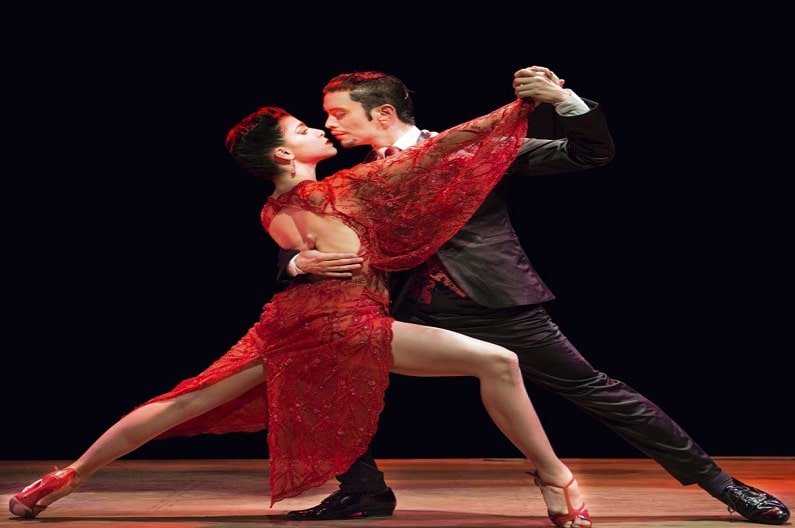 The word tango has no exact origin in linguistics. It is believed that the name “TANGO” derives from the sounds of “tan-go” produced by the African tamtam or from the verb “tangere” which means to touch in Latin. The word tango has also been used by a very large black community in Latin America. 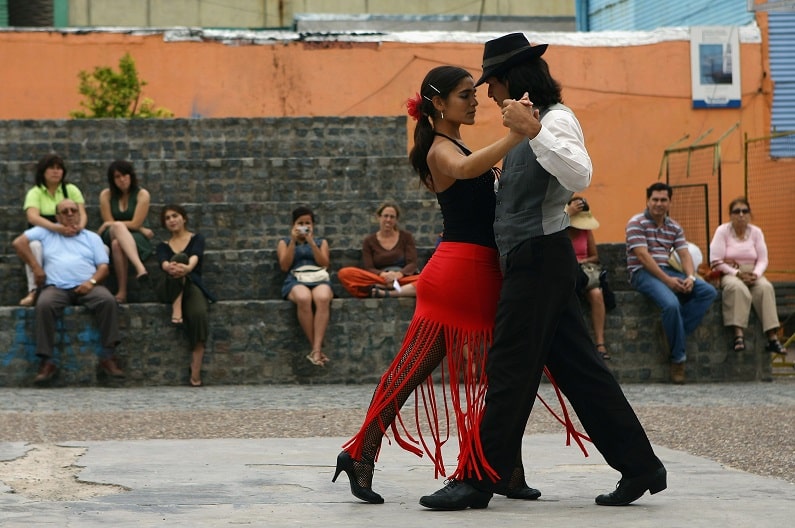 In the 1800s, many working-class people with great hopes from France, Italy, Hungary, Spain, and Portugal; immigrated to South America. The economic and social problems experienced in a continent where they are foreign brought disappointments with it. These disappointments, great hopes for the future, and the culture brought from the past began to form Tango music by blending it.

Tango was created in Buenos Aires by these people, then called the lower class, who were poor and could not enjoy even the most basic social rights. Thus, Tango music, which emerged significantly between 1865 and 1880, carries some emotions such as bad temper, rebellion, arrogance, and melancholy as a result of heartbreak and shattered dreams. 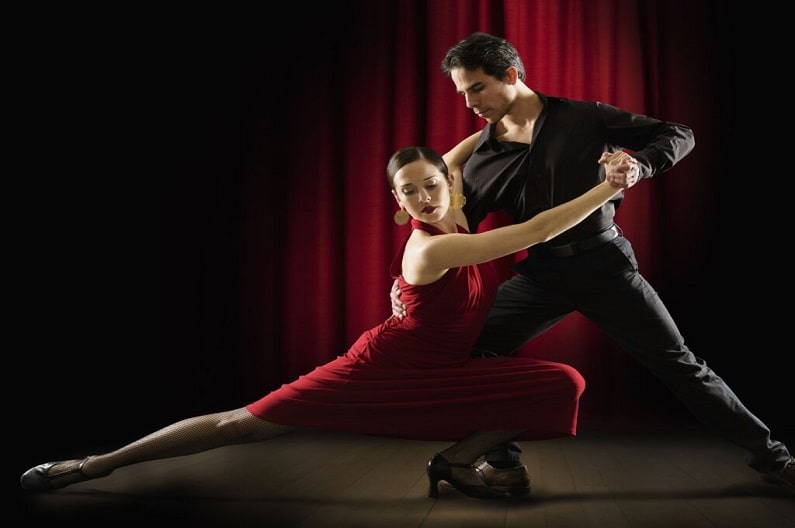 Salsa is a modern dance of Latin America and the USA, which is assumed to be of Caribbean origin, performed in pairs or with a group, accompanied by the musical genres called salsa. This type of music, which was previously only common among Latin American peoples, has become widespread in the USA thanks to the immigrants from the Caribbean to the USA, and salsa dance has become known and practiced all over the world especially after the 1980s. 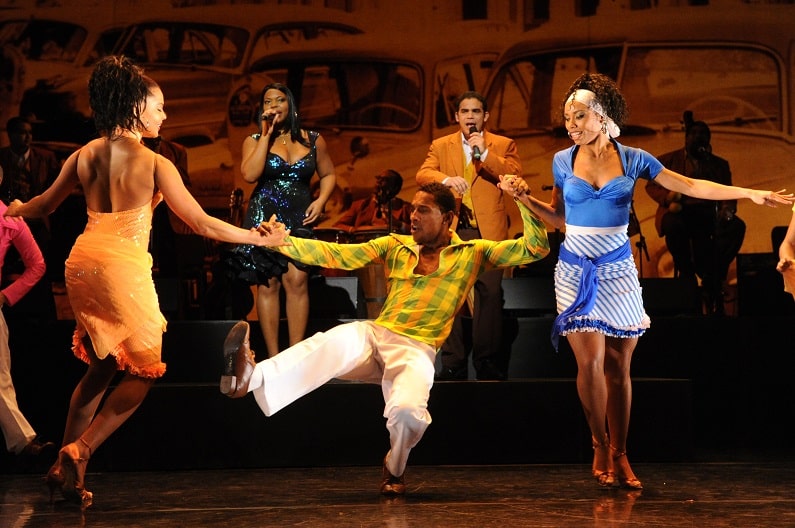 Today’s salsa dance is characterized as a mixture of African, Caribbean, and European styles, dance, and musical elements. Salsa, a “freestyle” dance, is improvised without being tied to routine movements.

Salsa is not one of those dances that require full use of the dance floor, such as foxtrot or samba. Salsa dance is considered within the scope of Latin dances. The most well-known of other Latin dances are Merengue, Cha Cha, Bachata, Mambo, Samba, and Rumba. 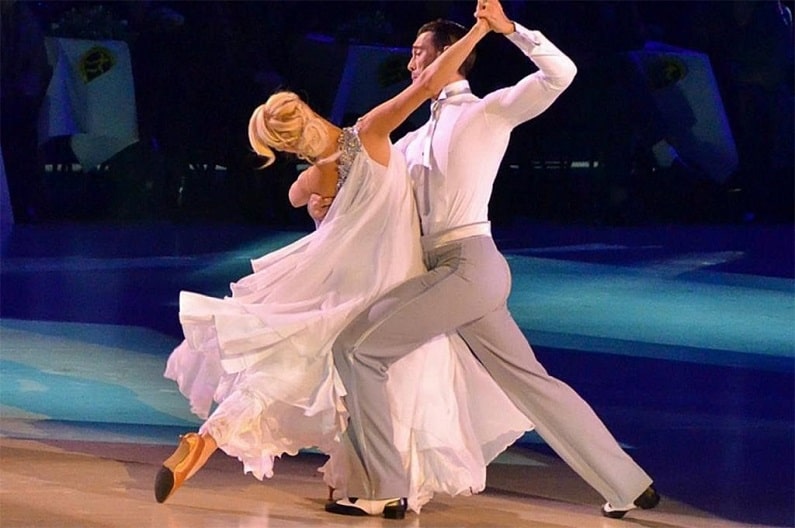 Waltz is an Austrian dance. The most distinctive feature is that the couples hold tightly to each other and dance by turning around a point. Its origin is a folkloric dance called “Valto” that emerged in the Provence region of France in the middle of the 16th century. Even the painting where Queen Elizabeth I of England performed this dance with the Earl of Leicester has gained great fame. 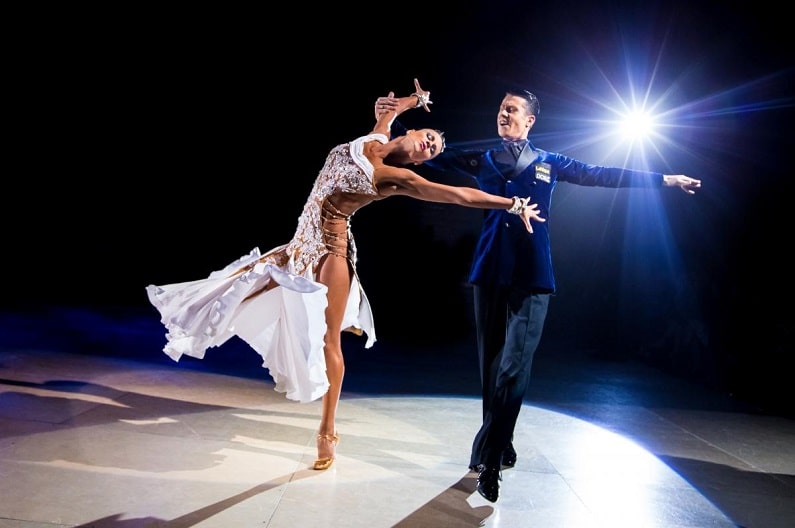 Vals has developed by incorporating the local differences of the dance region in Austria and Germany at the beginning of the 19th century. Especially the dance style practiced in the “Land lob der Enss” region of Northern Austria became very popular by taking the name “Landler”.

The waltz reached large audiences in Vienna for a short time under the influence of Johann Strauss’s music and in England since 1812, and became the indispensable entertainment of balls by gaining the admiration of the aristocracy. Today, the waltz is included in the world dance literature in two different rhythms and categories as “Vienna Waltz” and “Modern Waltz”.

*** You may be interested in; 10 Travels You Must Unlock Before You Die 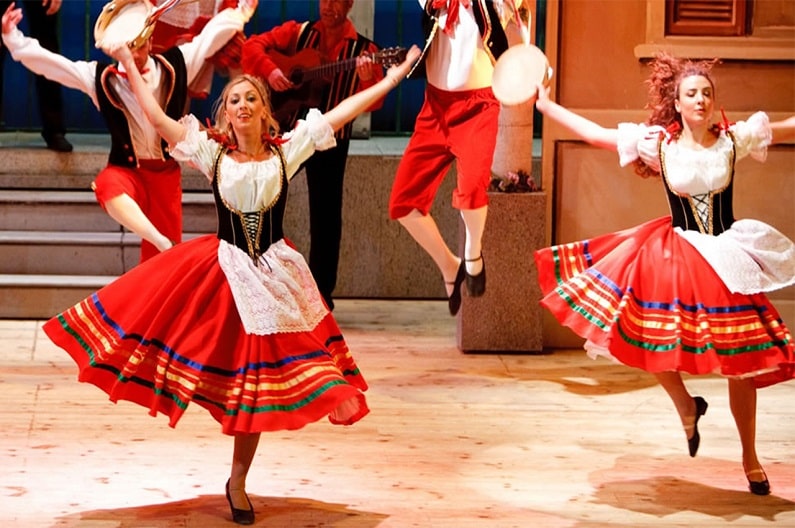 Also known as “crazy dance” or “dance of the spider” among Italians, tarantella is a traditional dance type that emerged in the 15th century. This dance, which is said to take its name from the spider named tarantula, is a ritual performed to expel the venom of a spider bite from the body.

Although there are rumors about it, it can be said that this active dance, which was extremely common in the 17th century, has such a reputation as it accelerates blood circulation and causes sweat from the body. 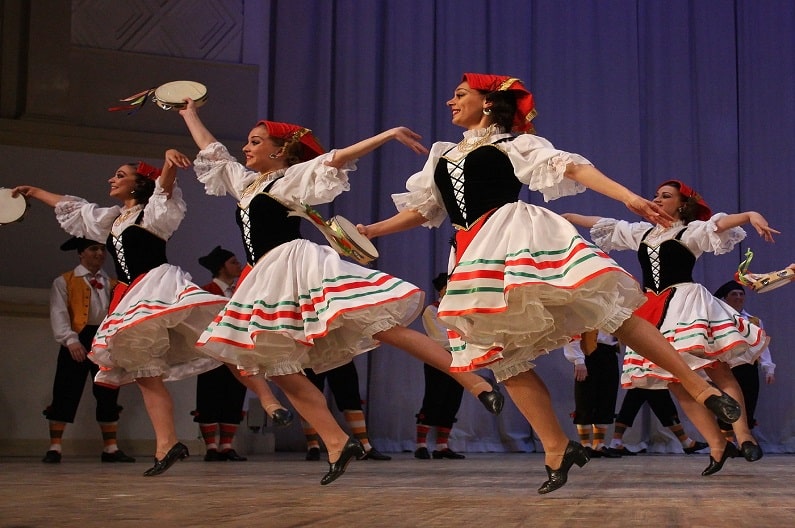 Tarantella, which originated in Taranto, Italy, is performed by wearing colorful clothes and wearing red ribbons. This dance, which instills high energy and joy to the dancers and the audience, is performed by crowded groups in all ceremonies and celebrations. 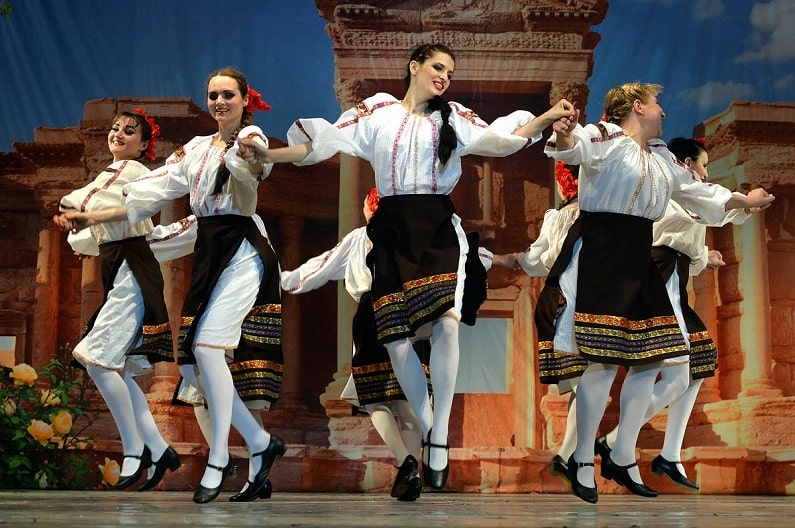 Sirtaki or shirataki is a popular dance of Greek origin that Giorgos Provias choreographed for the 1964 Greek movie Zorba. Sirtaki is the dance type of Orthodox Albanian butcher from Istanbul. But it is a mixture of slow and fast versions of the traditional hasapiko dance. It is performed with the music of Míkis Theodorakis named Zorba Dance. Sirtaki is a type of dance that has become an integral part of Greek folklore. 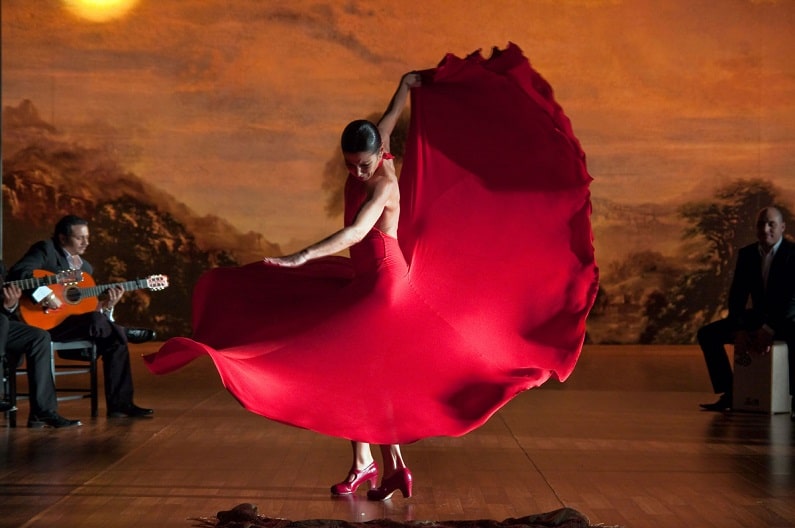 Flamenco is a music and dance genre that is unique to the Andalusian region of Southern Spain but not limited to this region. 14th century. It was formed as a result of the fusion of gypsies, Arabs, Jews, and excluded Christians in the outer circle of society. Although flamenco is unique to the Andalusian region, it does not only belong to this region of Spain.

Flamenco is the flamenco players. It belongs to the heartfelt people from all over the world, to those who sincerely do something for flamenco. Peoples have problems. They want to express themselves in some way. They do this through music and dance. 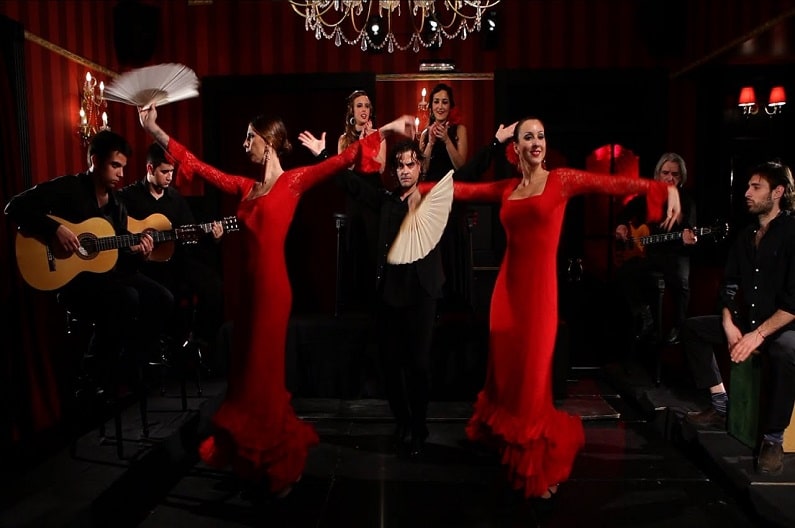 Gypsies who have been persecuted for years, suffering poverty, oppressed, described as social problems and unreliable, who have not acquired property throughout their history, who have been employed in ordinary businesses, agriculture, or mines, created flamenco with factors such as ambition, compassion, the spirit of freedom, rebellion, and the absence of social stereotyping. They expressed their pain and unhappiness with flamenco. The harsh stances and expressions in flamenco are all the result of these. 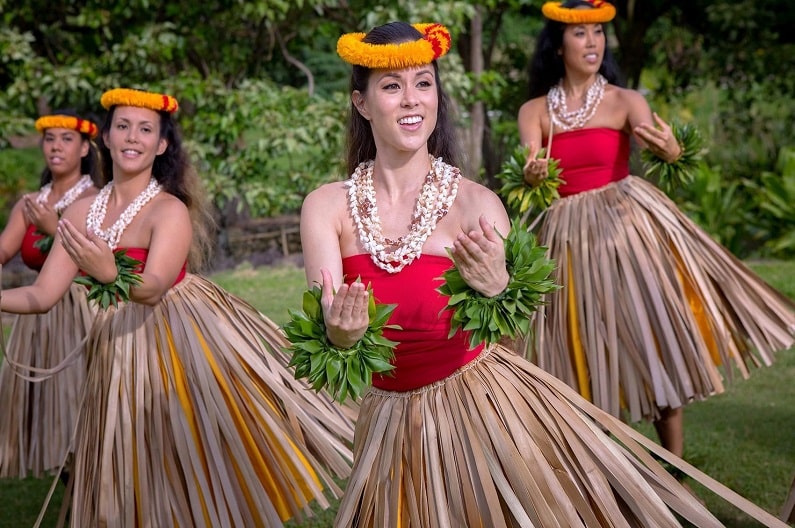 It is a dance type unique to the Hawaiian Islands. There are two types of hula dances. One is performed with hymns and traditional musical instruments. This is called “kahiko”. The other is accompanied by song and guitar. This is called “auana”. Hula dance is taught in private schools called “Halau”. Teachers who teach this dance are called “sand hula”. Sand means ‘source of knowledge. 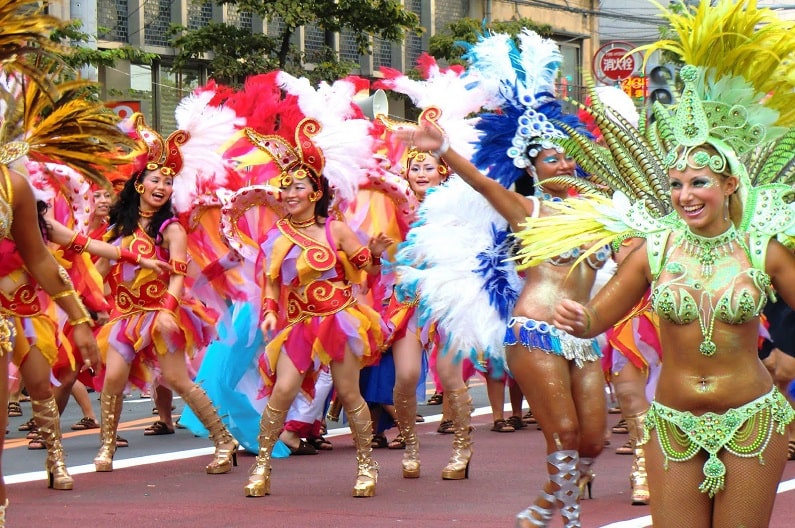 Samba dance is a Brazilian dance that has been performed with samba music since the 19th century. Samba is a ballroom dance performed with measure 2/4 or 4/4. Dance with knees bent slightly. Some movements have their origins in African traditional dances and Angolan Capoeira. 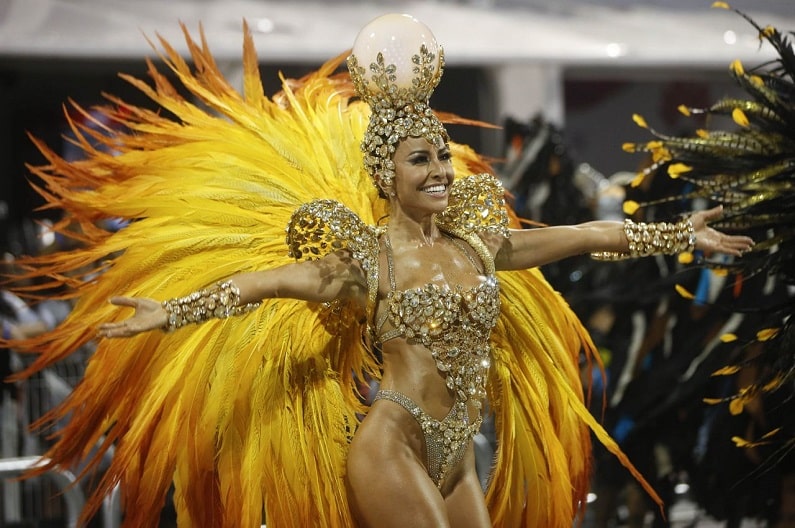 The history of the Samba school is quite rich. From the beginning of Samba history until 1984, the streets of Rio de Janeiro were the main stage. Later, Oscar Niemeyer, a famous architect, founded the show stadium called Sambadrome. Carnival in Rio is always set for 40 days before Easter Sunday in line with the Catholic Calendar. Because the diet before Easter changes each year, the Carnival dates also change. 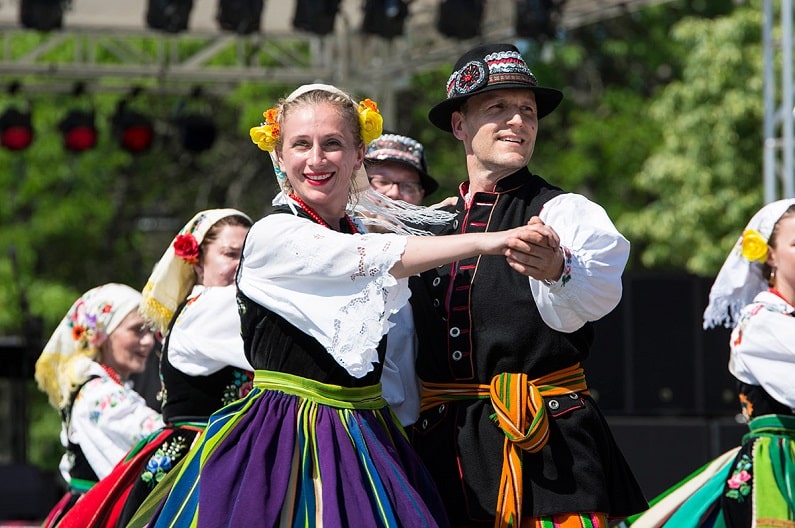 Polka is a type of Czech folk dance. This dance type, which is very popular with the Czech people, became widespread in the 19th century, started to show itself in many countries today, and became very popular. Polka, which is a traditional Czech dance, literally means “half step” in Czech. The history of this dance genre is very old. Their figures were determined by a Czech girl named Anna Slezak in 1830. 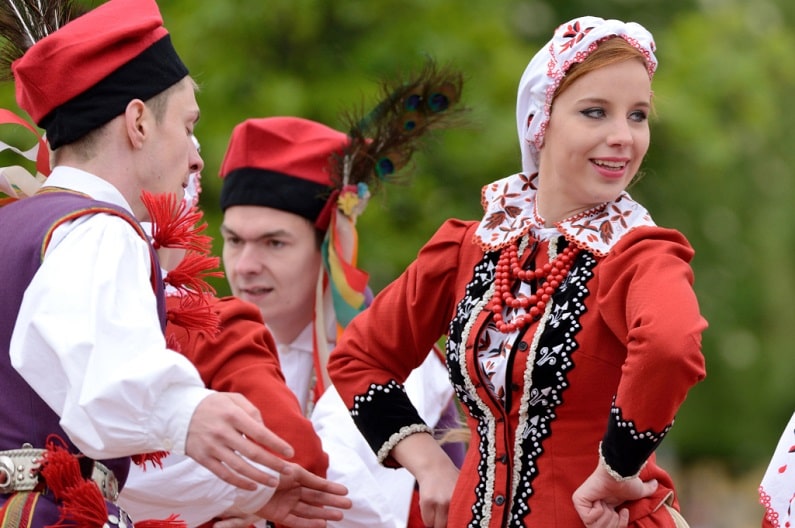 The basic movements of this traditional dance genre are divided into four. Polka-mazurka, polka and mazurka. It is played with 3/4 measure. Polka dance is one of the fast-paced dance styles. The dancers performing this dance determine the tempo by hitting their soles on the ground.

Polka dance is performed in many private shows, school competitions. This show, which is enjoyed by children, turns into a visual feast for the audience. Many types of dance, such as the polka dance, energize people. While performing the polka dance, the hands that are kept tempo in accordance with the rhythm of the music and the steps that adapt to it help you get rid of all the stress. 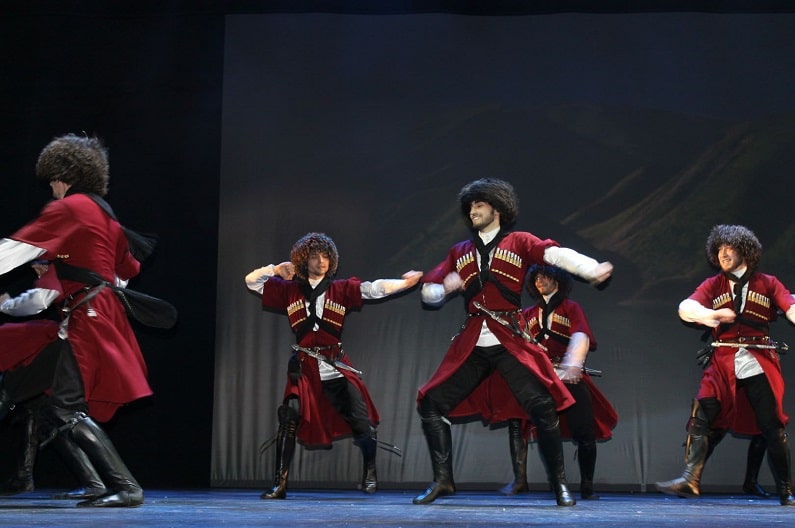 The names of “North Caucasus” dances and “mountain” dances are the general folk dance concept of the region, showing courage and dexterity, commonly perceived as fast, fiery dances. Caucasian dances, which are identical with heroism, nobility, and elegance, have a history that exceeds centuries. It has been played and forgotten in time; a new one came in its place, changed its meaning and form, but always kept the same spirit in essence. 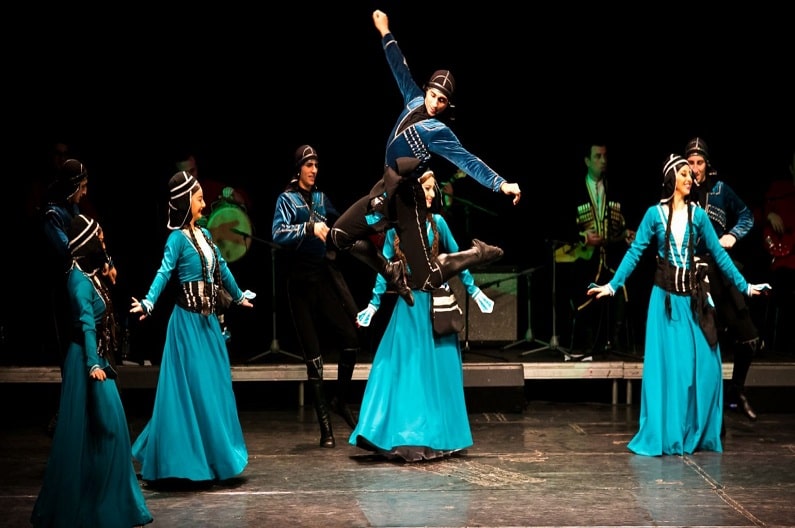 If we talk about the features of dance; Men and women play together in Caucasian dances. The Caucasian dance represents respect for women, acting together with women, respect and pride, bravery and courage. Elegance, nobility in girls; heroism, courage, and agility come to the fore among men. There is no other dance, more naive, where women float like a gazelle.