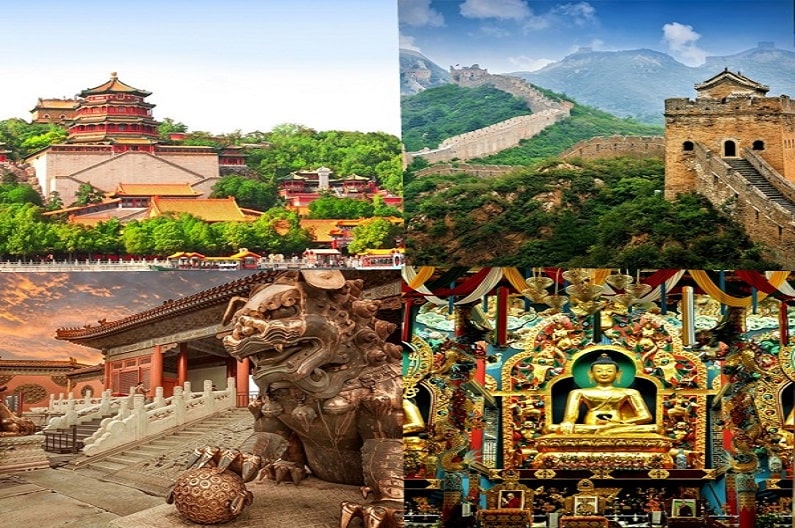 Beijing is the capital of China for good reason. While this city is the political center of the country, it is also the center of Chinese culture. With the population of China reaching approximately 1.5 billion, Beijing is known as the second-most populous city in this country. Beijing’s population is over 21 million, making it the 3rd most populous city in the world.

Beijing never ceases to attract tourists with its unique historical monuments. Vacationers are always invited to take part in numerous fascinating tours and extensive cultural programs. Here everyone can choose entertainment according to one’s taste.

The Imperial Palace, also known as the Forbidden City, is China’s most important attraction and dates back to the 13th century. During the Ming Dynasty, between 1406 and 1420, it reached its present size as a result of expansions after the capital was moved from Nanking to Beijing. This beautiful palace is named the Forbidden City because it is a place where ordinary Chinese cannot enter. 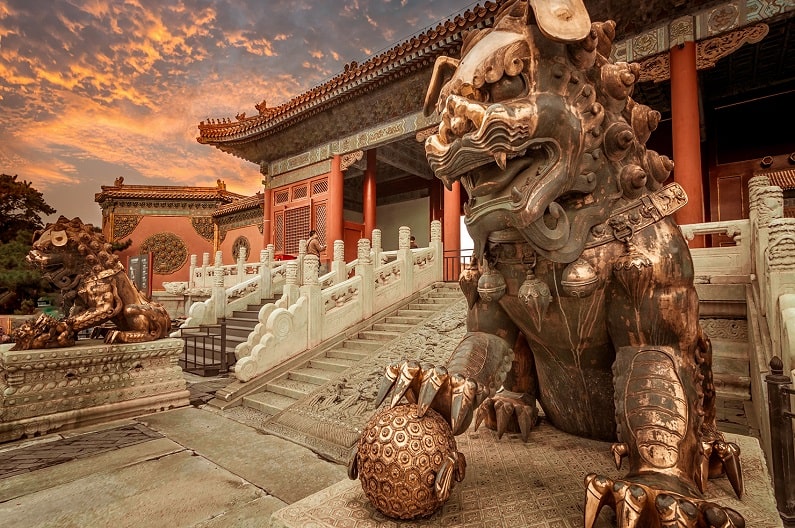 The 720,000-square-metre complex is divided into ceremonial and administrative areas surrounded by a 10-meter-high wall with towers on all four corners and a 50-meter-wide moat. 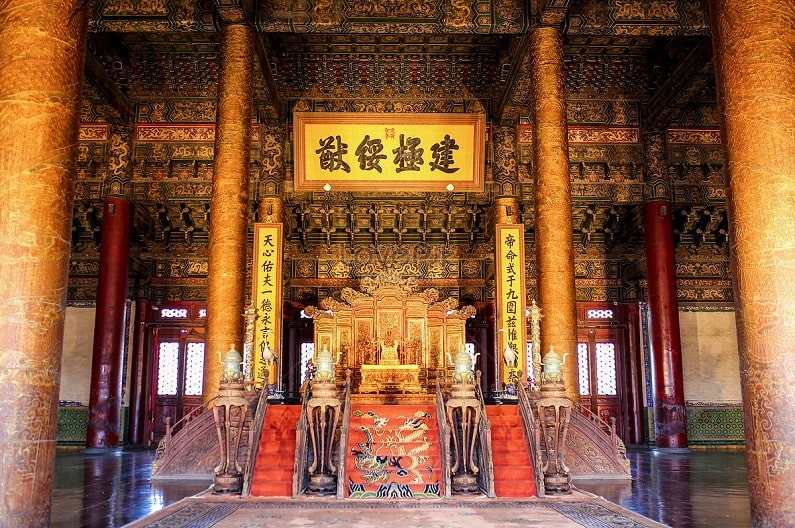 Highlights include the Meridian Gate, built-in 1420; the Golden River Bridges with five richly decorated white marble bridges; The Guardian Harmony Hall, which functions as the Emperor’s banquet hall; the Palace of Heavenly Purity, the largest hall in the Inner Court; and the Hall of Military Courage; permanent residence and special audience hall for emperors; It is the largest surviving wooden building in the country and is splendidly decorated. 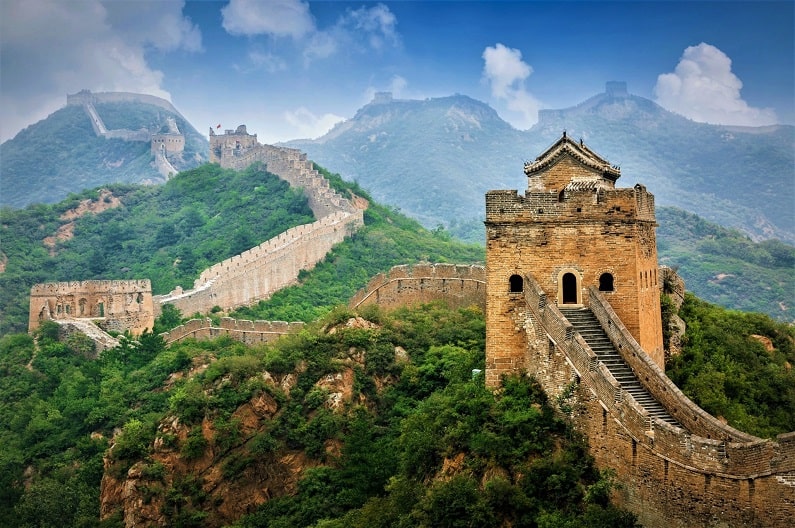 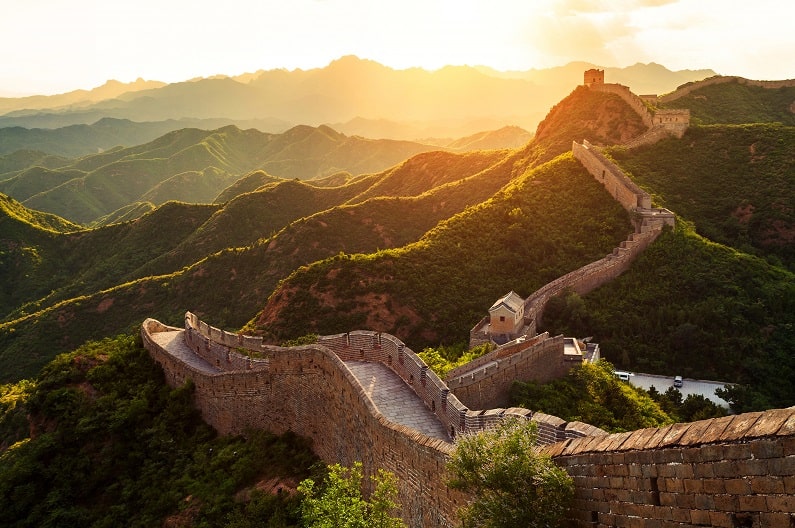 Along the way, you can enjoy the numerous towers and parapets that offer a magnificent view of the surrounding area. During the bumpy walk, you can take a pleasant cable car ride. This part of the Great Wall of China is the most visited place. That’s why it can get very crowded. For this reason, you should plan your trip early in the day if possible or sign up for a tour. 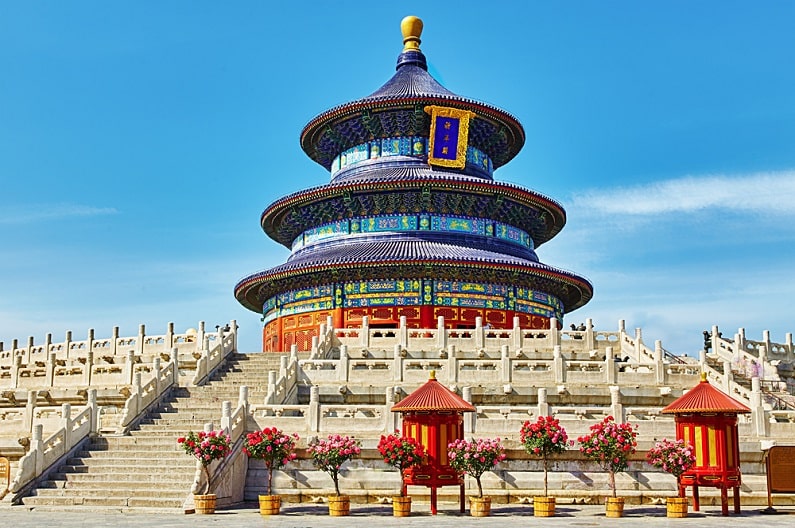 The Temple of Heaven, called Tiantán in Chinese, was built in 1420. Tiantan was formed by the gathering of Beijing’s holiest temples. These ancient temples, covered with dense vegetation, consist of two parts, symbolizing heaven and earth. Here, the hall was built using traditional Chinese wood and without nails. 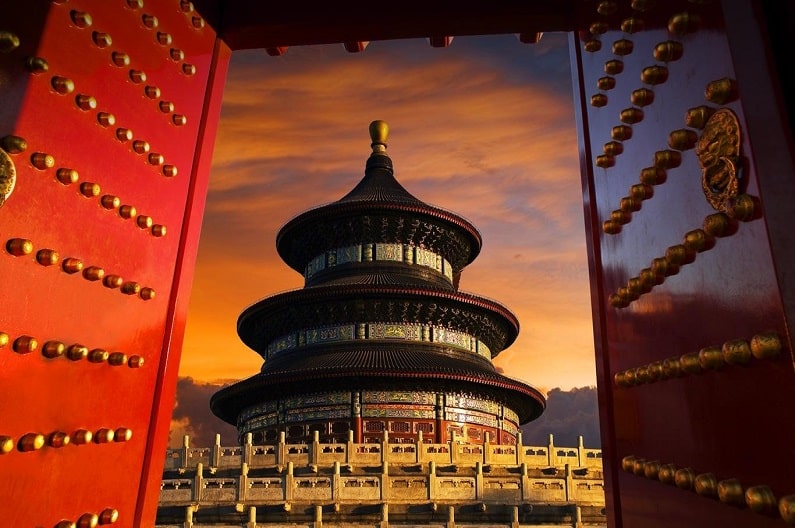 Another highlight is the Heavenly Vault Hall (Huangqiong Yu), built-in 1530 and featuring a blue-tiled conical roof (used to store the ceremonial plates of Heaven and Authorities). You should also visit the temple’s Echo Wall, an exaggerated effect by the three unusual echo stones. 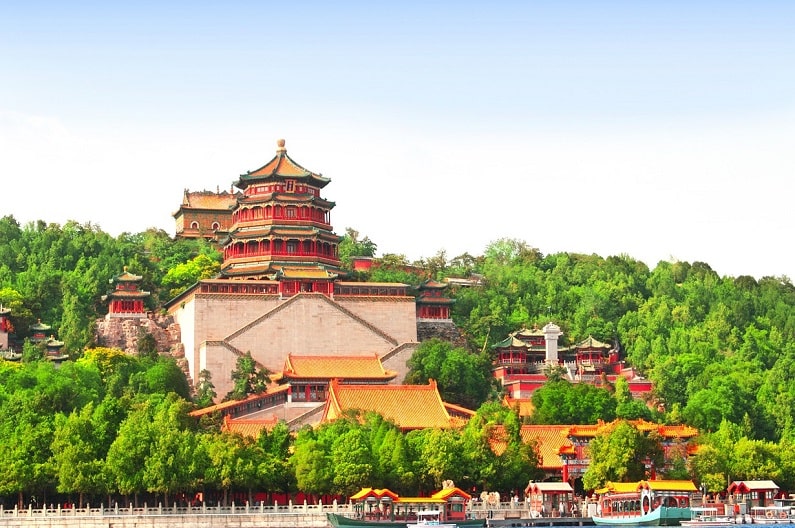 You can reach the Summer Palace in a short half-hour ride from Beijing city center. The palace has 700 years of history and features a lake and stunning gardens. 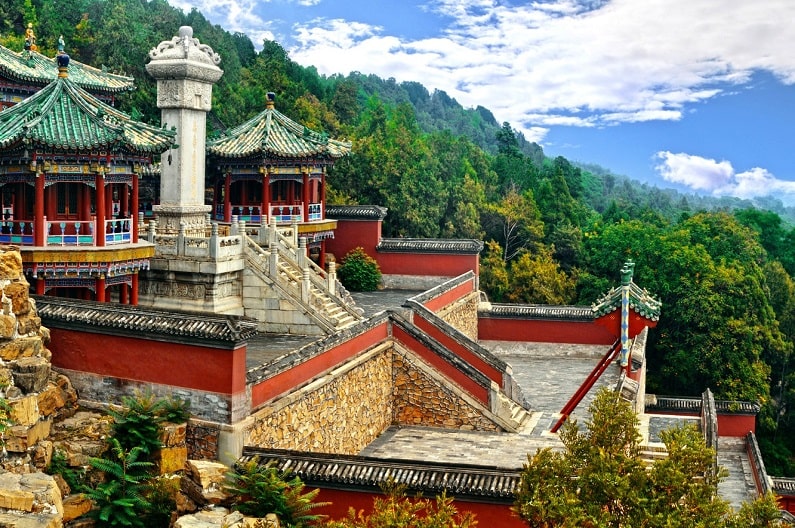 The best things to see on the often organized tours are the western-style “Marble Ship” (Shifang); the Hall of Prosperity and Longevity (Renshou Dian), with its elaborate throne; Adjacent to the Hall of Happiness and Longevity is a beautiful courtyard and the impressive 19th century Grand Theatre, where you can witness performances of traditional Chinese plays and music.

One of the most popular things to do, if time permits, is to take a cruise on a small pleasure ship that takes tourists to one of the palace’s temples. 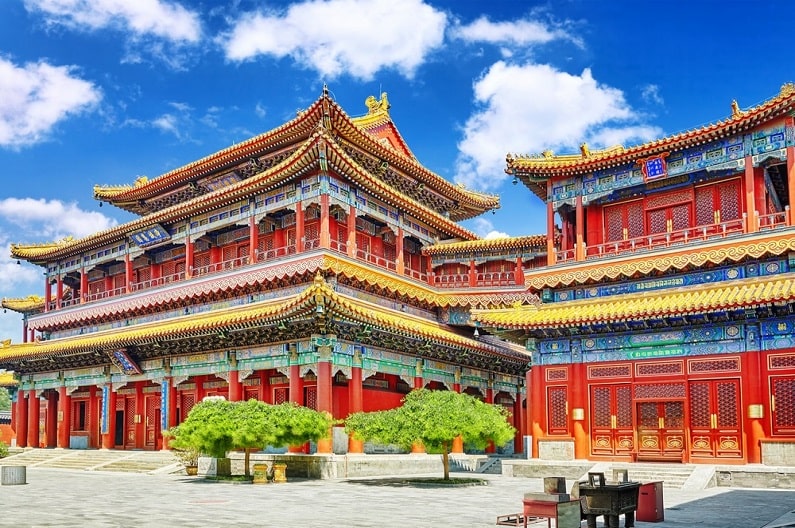 Another name for Lama Temple is Yonghe Temple. The temple is one of Beijing’s attractions and a very well preserved shrine. Completed in 1745, the building also served a political purpose by adding Lamaism so that Tibet, which had just joined the empire, would have an official seat in the capital. 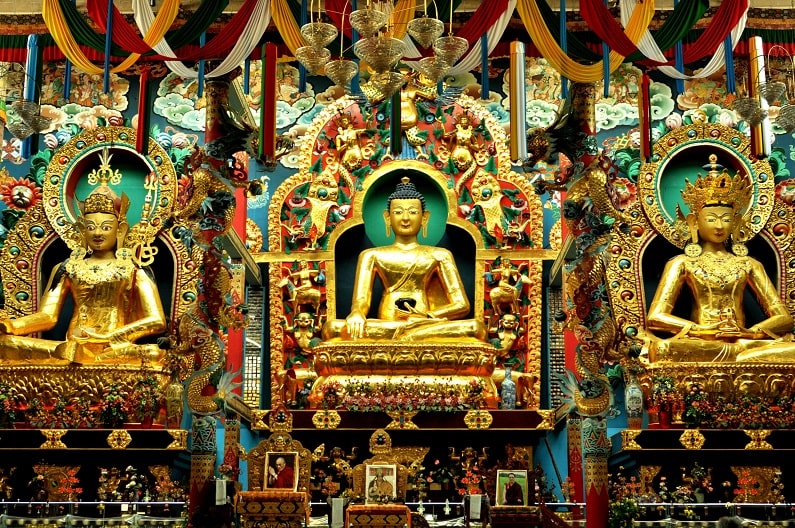 The Hall of the Kings of Heaven (Tian Wang Dian) with its statue of Buddha surrounded by four kings, was built in generous proportions and equipped with many precious works of art, and its most important feature surrounded by symbolic objects (frog, sword, snake, and shield). Also noteworthy is the statue of Weituo, the protector of Buddhism. 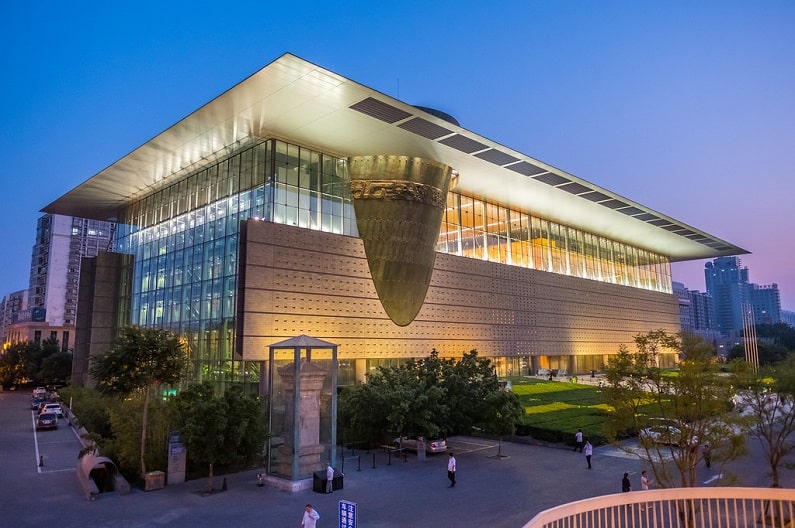 Beijing offers unique opportunities for those who are fond of arts and culture. Of particular interest is the excellent Beijing Capital Museum, one of the country’s premier art museums. Beijing Capital Museum was opened in 1981. In addition to traditional calligraphy works, the museum has a large collection of bronze and porcelain works, many sculptures from the cultures of China and other Asian countries. 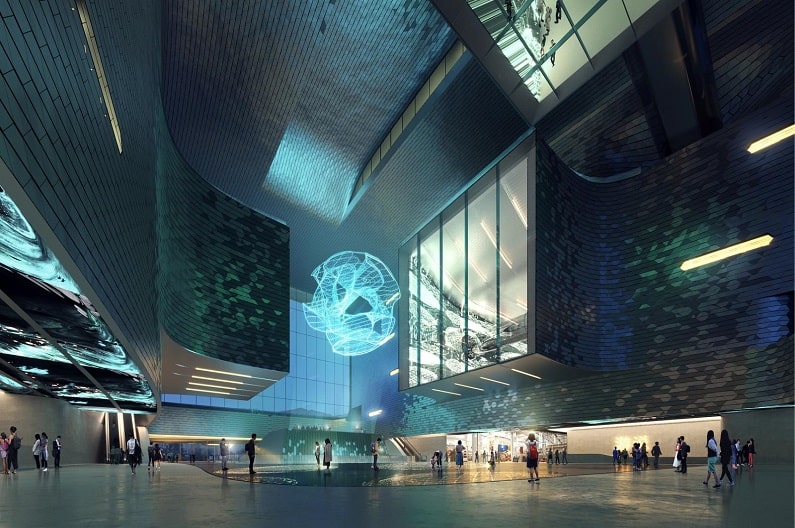 Other features of the collection of more than 200,000 important cultural artifacts, many from and around Beijing, include the massive Emperor Qian Long stele, which is nearly seven meters high and contains ancient writings.

Another modern landmark worth seeing is the National Center for the Performing Arts, also called the Giant Egg. Considered one of the best opera houses in Asia, the building opened in 2001 and has since been home to many of the world’s leading opera singers. 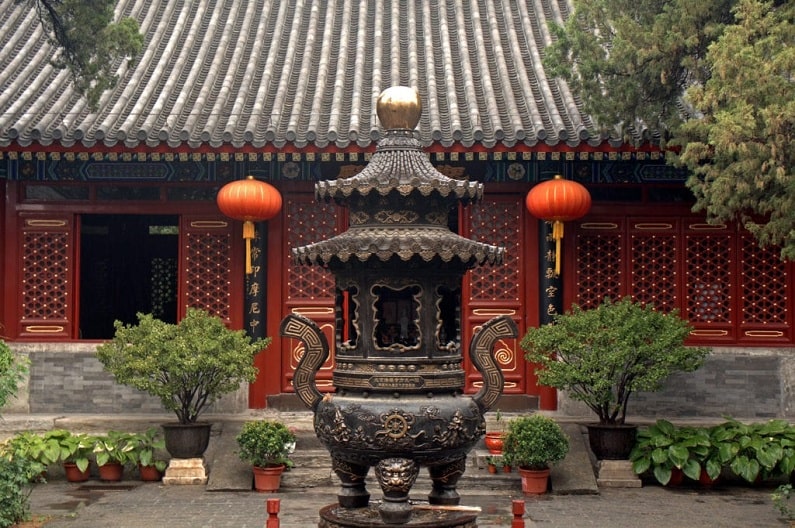 Also known as the Temple of the Source of Law, the Fayuan Temple dates back to 645 AD and consists of several halls with the oldest historical stone inscriptions dating from the 7th century.

The temple witnessed the most important historical events of Beijing in the 12th century: the imprisonment of Emperor Huizong, a place of investigation for the highest authorities of the state. Today, the temple is a place of worship and is also home to the Buddhist Academy, the most important educational institution in China. 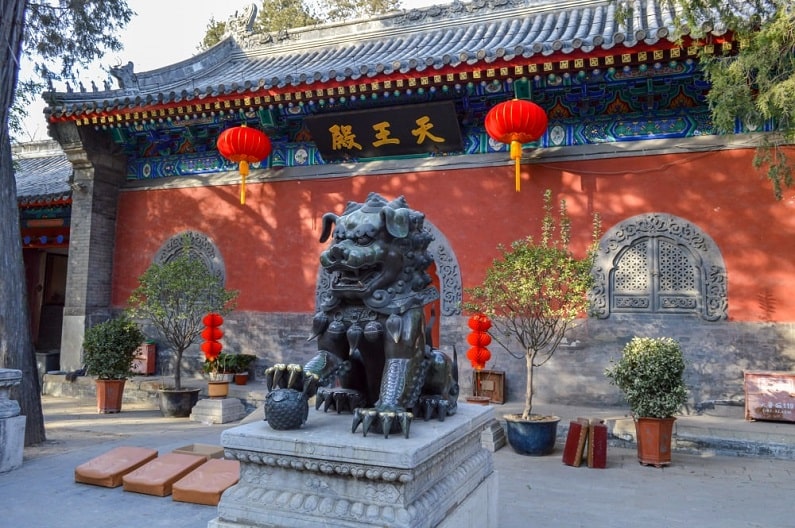 Other highlights here include the bell and drum towers in the first courtyard; the Hall of the Heavenly Kings with its fine sculptures; The Mahavira Hall houses the Buddhas of the present, the past and the future, represented in the 18 Luohan figures; and a Han Dynasty ceramic statue in the Dabianjue Tang Hall, one of the temple’s most prized objects. 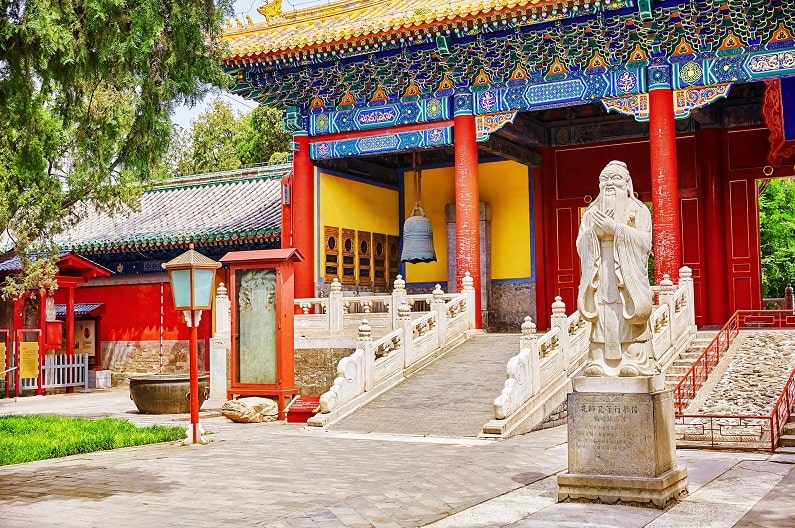 A short walk from the Lama Temple is the Beijing Confucius Temple, built-in 1302 and dedicated to the great philosopher and teacher Confucius, whose teachings have influenced public and private life for centuries. While many people are familiar with the name Confucius, they are not fully aware of the impact his teachings have had on the world for so long. 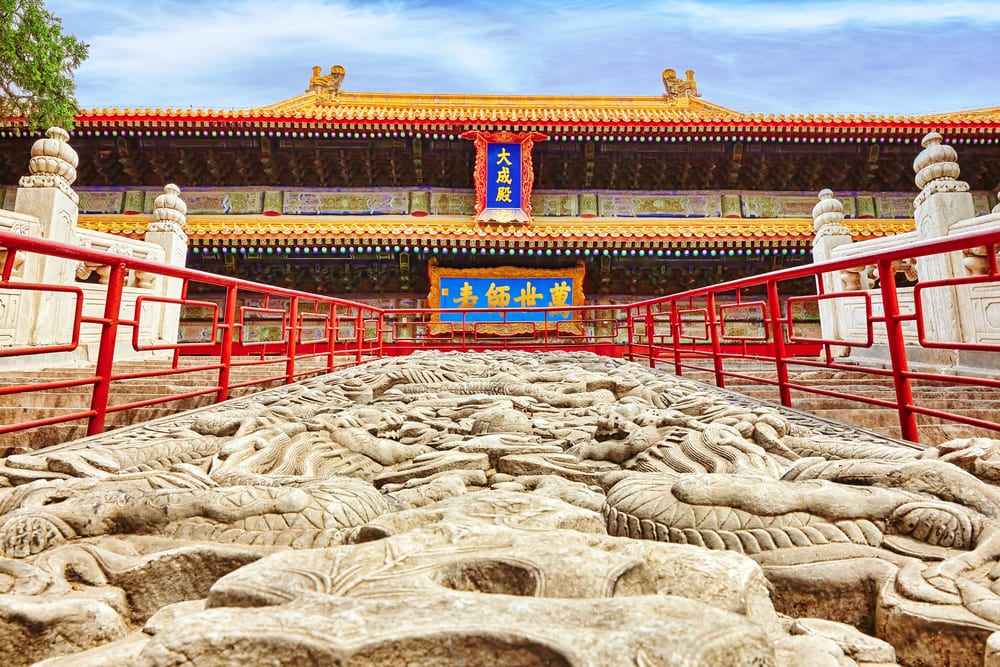 Confucianism, put forward by Confucius, is one of the most important currents of thought affecting China. Confucianism asserts an ethic of moral integrity, social order, and responsibility. One of the most famous Confucian temples in China, the Beijing Temple once hosted many ceremonies honoring his name under the emperor’s leadership. 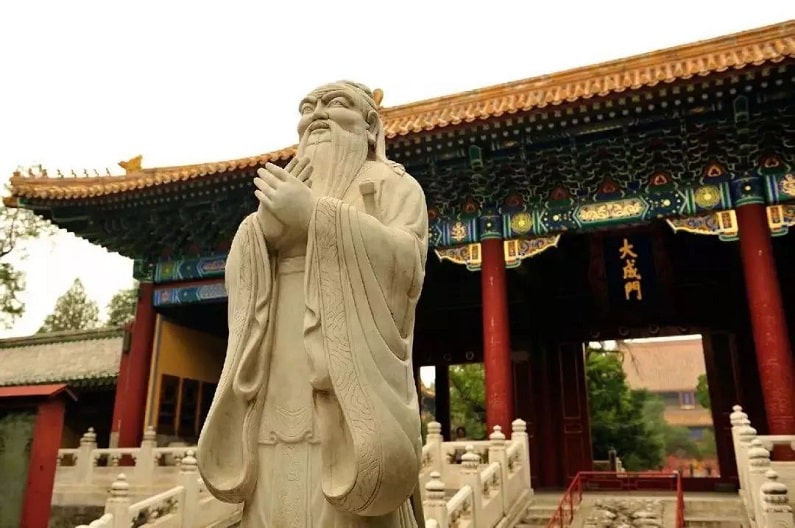 The forecourt houses a 1986 stele naming all 51,624 Confucian sages who successfully passed the state’s highest examinations from 1416 until they were removed in 1904.