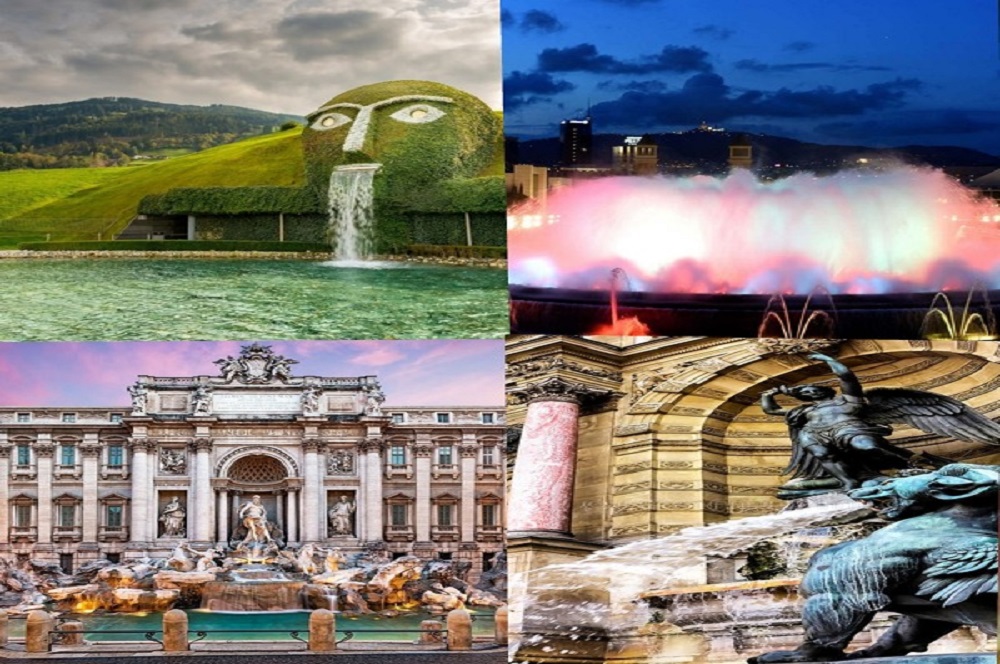 The beauty of Europe is not limited to counting. History-smelling streets, art-filled cities, exclusive sculptures and of course unique fountains! Fountains that push the limits of creativity can sometimes become a symbol of a street and sometimes a symbol of a big country.The historical fountains on the European continent not only enhance their surroundings, they also build a mystical bridge between yesterday and today. The historical fountains, which stand out with their non-standard dimensions, original designs and unique forms, create a magical atmosphere. Here are beautiful fountains from someone who can lead you to plan a new European tour…

***You may be interested in ; The World Most Famous Fountains 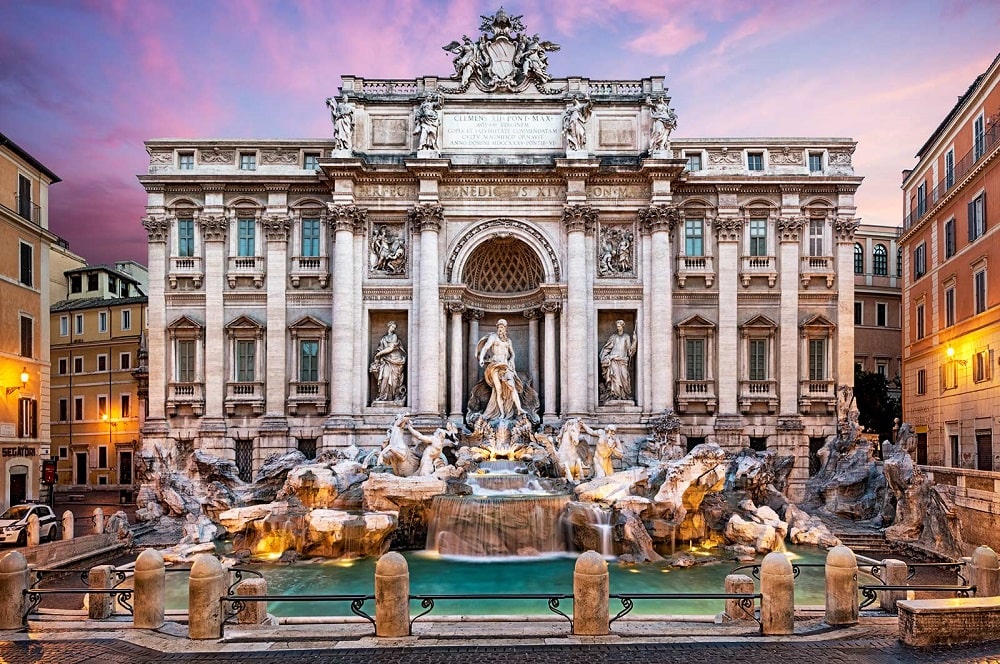 Trevi Fountain; Lovers Fountain or Love Fountain… No matter which name you prefer, the only thing that matters is to see this perfect piece in place! The Trevi Fountain, which is visited by 10 million tourists a year, is one of the first fountains that come to mind when you think of the historical fountain.

The fountain enchanted its visitors with its aesthetic fiction, fine decorations, sculptures, which are unique works of art and dazzling lighting, was built in 1762 during the period of the Papal State. Rumor has it that people who throw coins into the pool in front of the fountain are coming back to Rome as soon as possible. It is worth going to Italy just to see the beautiful Trevi Fountain with the naked eye, to throw coins and make wishes to the fountain, and to take great pictures with the fountain as a background.

*** You may be interested; 5 Places You Should Have a Photo in Rome 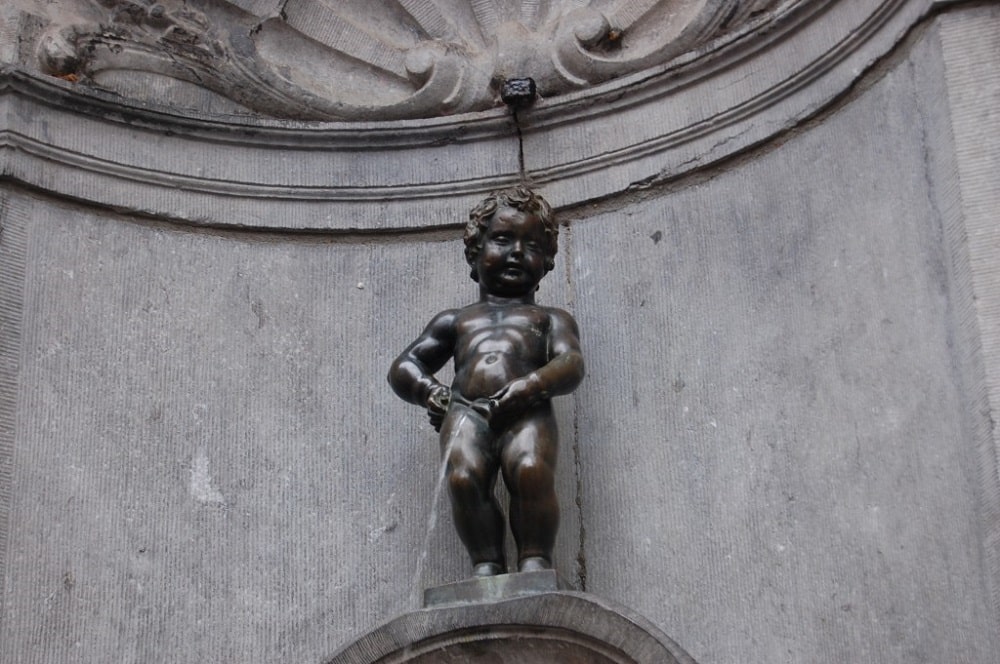 Manneken Pis, located in the most famous square of the capital, Brussels, is both a fountain and a statue of a peeing child. The 61-cm-long boy sculpture was completed in the fifteenth century. Climbing the ranks of fame, Manneken Pis received gifts from the lords and kings, becoming the main character of local legends, and abducted several times. Bronze statue, which became the mascot of Belgium in time, is one of the historical monuments that you must see. 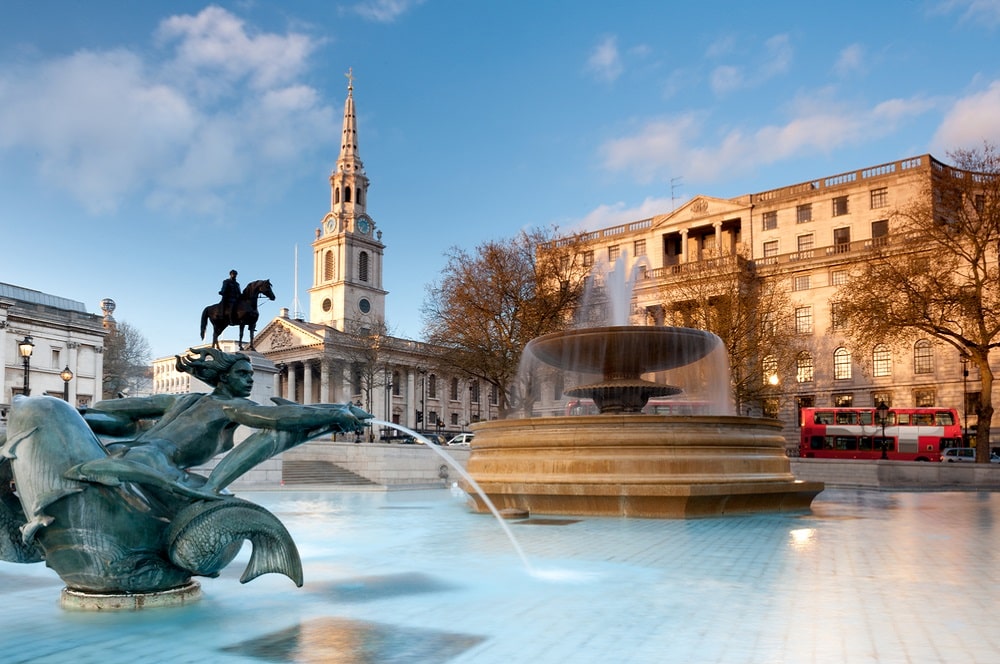 Many Londoners see Trafalgar Square as the center of the capital. The square was built in the early twentieth century to commemorate the two admirals of the British Royal Navy. These fountains, which provide a visual feast for visitors with LED lighting after sundown, are described as the meeting point of London. Don’t forget to visit Trafalgar Square and Trafalgar fountains during your London tour. Trafalgar fountains; you can stop and breathe during your trip, sit on the edge of London’s city atmosphere and take great pictures that reflect the location.

Historical fountains and their names are sometimes based on the artist who made the fountain, sometimes on the public and sometimes on legends. But the situation at the Swarovski Fountain is completely different! The name of this strange-looking fountain comes from the name of the jewelry company that built it: Swarovski Jewels! The fountain in the Crystal World theme park near Innsbruck, Austria, was built to commemorate the centenary of the company’s foundation. Work; it is designed as a human head with turquoise stones flowing from its mouth, eyes covered with moss and grass.

Menorca Fountain is one of the buildings that arouses astonishment. The fountain was designed as a giant faucet hanging in the air. This faucet seems to be hanging in the air without any support, but careful eyes will immediately understand that an optical illusion method is used in the design. The water flowing from the end of the tap conceals the support that keeps the tap in the air. Belgium has a similar design fountain; we recommend you to see both fountains on a comprehensive tour of Europe.

*** You may be interested in; A Brief History of Spain 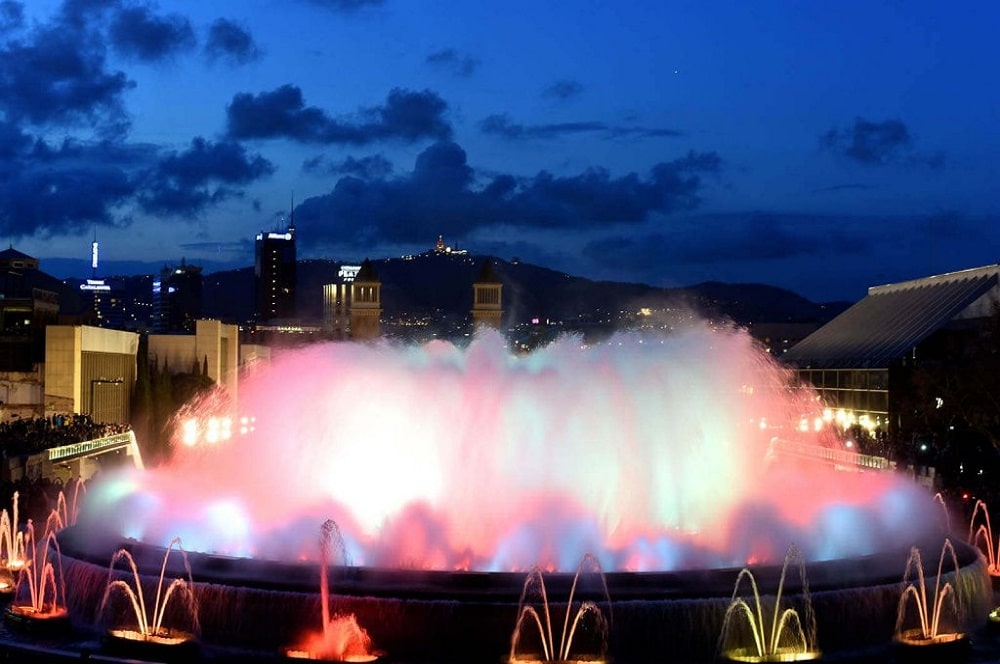 The Magic Fountain is located in Barcelona; water, light and music. Carefully prepared fountain shows really make you feel you are witnessing a magical show. Completed in 1929, this fountain was one of the most striking buildings of the Barcelona World’s Fair. Approximately three million visitors a year come to Barcelona to watch this great show. If you want to watch a show you will never forget during your life, Magic Fountain is for you.

*** You may be interested; Barcelona’s Most Famous 7 Night Clubs 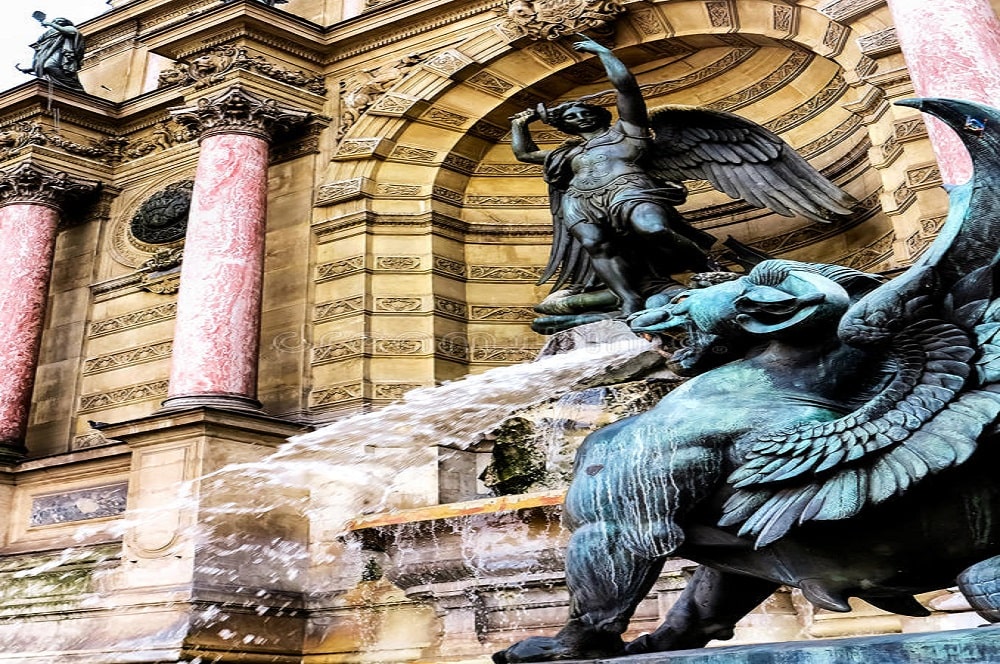 Nine sculptors took part in the construction of the historical fountain in Paris, crossing the Notre Dame Cathedral. The statues of the fountain portray a scene about the angel Michael’s struggle with the devil.The construction of the Saint Michael Fountain, one of the meeting points of the Parisians, was completed in 1860. There are dragon statues on both sides of the fountain and water flow is provided from the mouth of the dragons. One of the most central points of Paris, located on the exterior of a building you must see the Saint Michael Fountain. 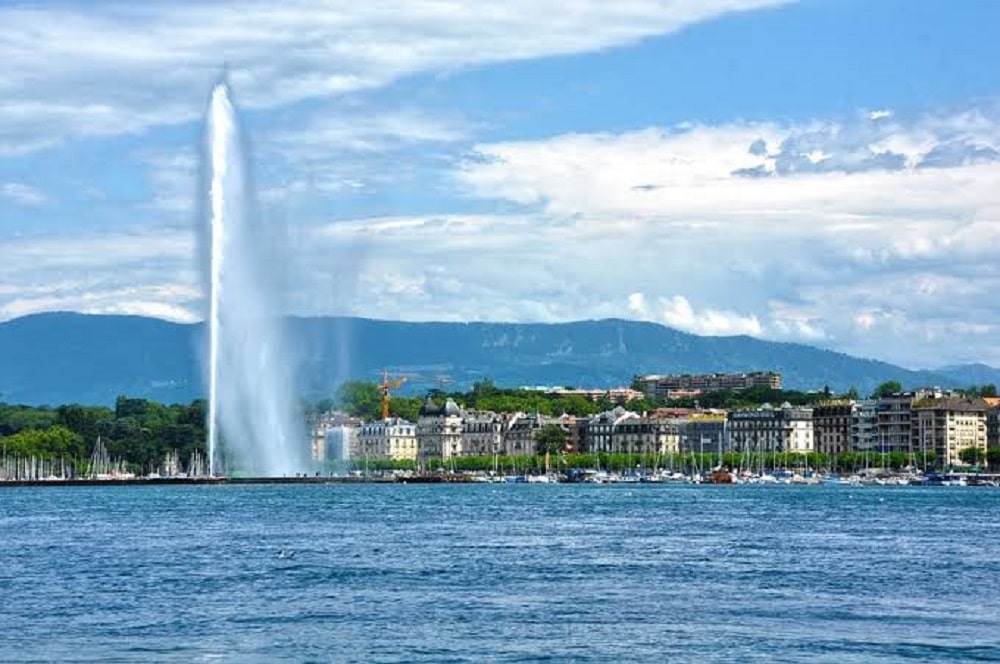 Jet d’eau, one of the most famous fountains in Europe with its tragic story and its waters rising to 140 meters, is located in Geneva. This fountain, which is one of the important elements of the fascinating view of Lake Geneva, can be seen from anywhere in the city. The tragic story of the fountain is as follows: The engineer who takes over the fountain project says that he can raise the water to a height of 140 meters.

When the water rises to a maximum of 70 meters at the opening ceremony of the fountain, the responsible engineer commits suicide that night.The next day, without any intervention, the re-operated fountain actually delivers water to 140 meters. It is a wonderful experience to see this fountain, which is regarded as the attraction center of Geneva, and to watch the water reaching 140 meters high.