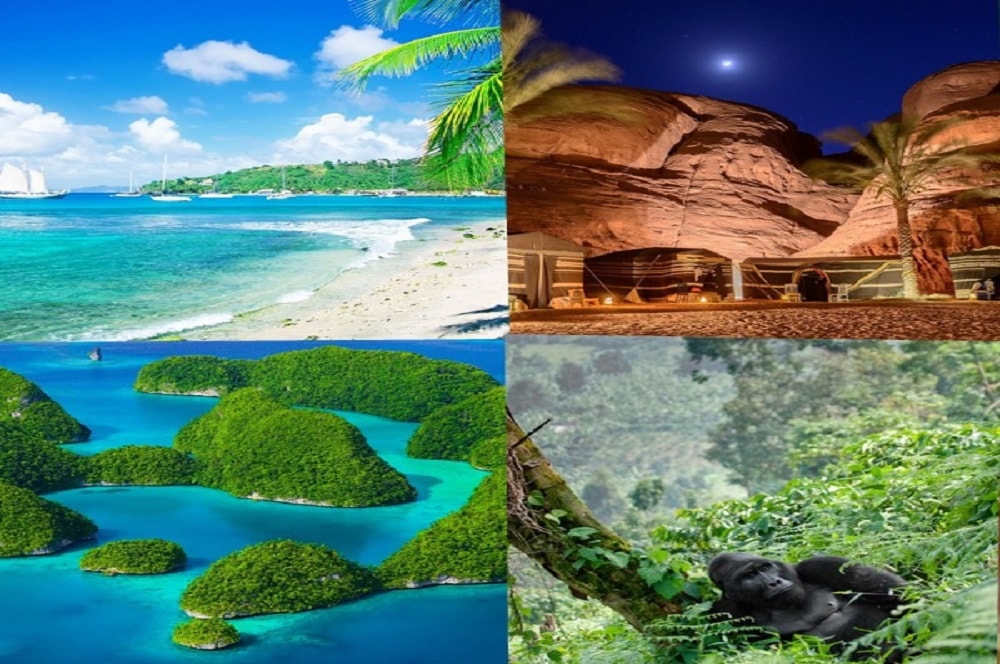 There are so many natural beauties and so many wonderful places in the world that people can not stop sightseeing. It is useful to put some of the places that you must go to one day at the top of your list of places to go. Statues on Easter Island, Quelccaya Ice Cap in Peru, or the Great Barrier Reef in Australia… What they all have in common is the threat of climate change. What if they disappear and you can’t see them. That’s why we’ve prepared a list of places you should see before they disappear. 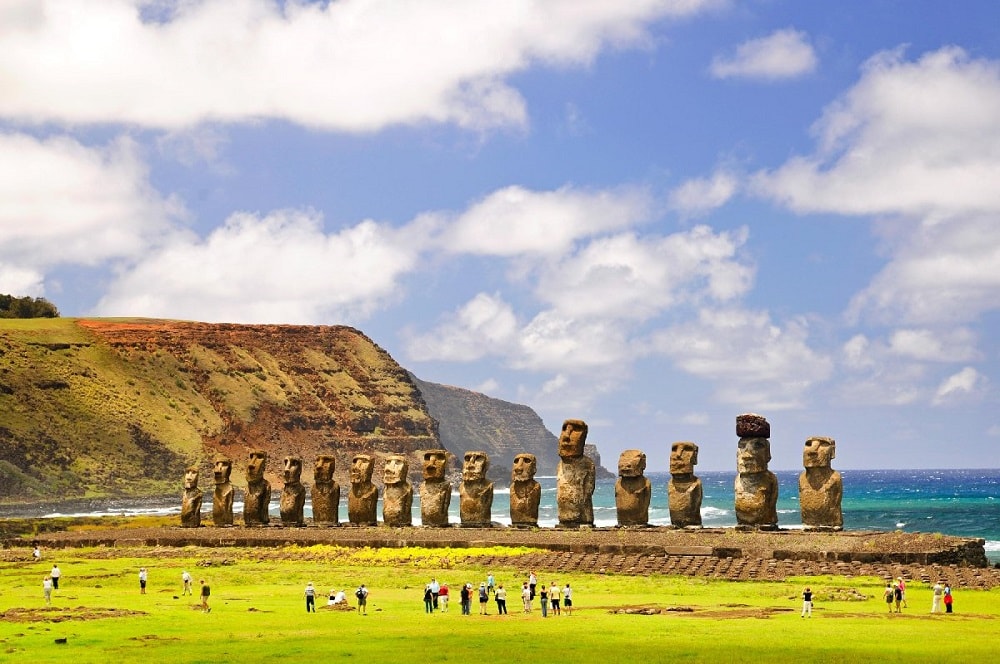 Located in the South Pacific Ocean, in Chile’s Valparaiso region, Easter Island has gained worldwide recognition with the Moai sculptures made centuries ago by carving volcanic tuff and stones. Hosting a deep culture and history in the middle of the ocean, especially the Moai sculptures, Easter Island is full of treasures waiting to be discovered.

These sculptures, scattered across many parts of the island, are enormous and over 1000. The Moai statues on Easter Island, which host 60,000 tourists every year, are the victims of coastal erosion and rising sea level. The statues are in danger of being flooded. 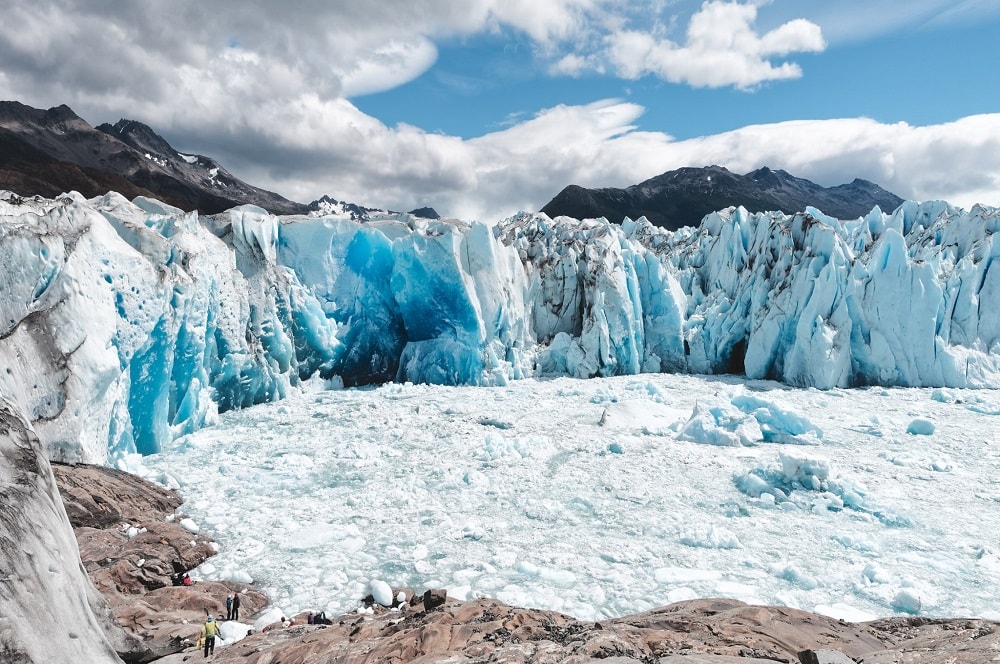 The Peruvian Quelccaya Ice Cap is the second-largest glaciated area in the tropics, after Coropuna. Located in the Cordillera Oriental section of the Andes mountains, the cap covers an area of 42.8 square kilometers with ice up to 200 meters thick.

The Quelccaya Glacier, located in Peru, is in danger of extinction due to the effect of global warming. This process is still continuing. We say go, see, even run. Because in this glacier, which is at least 6 thousand years old, a record melting has been taking place recently. 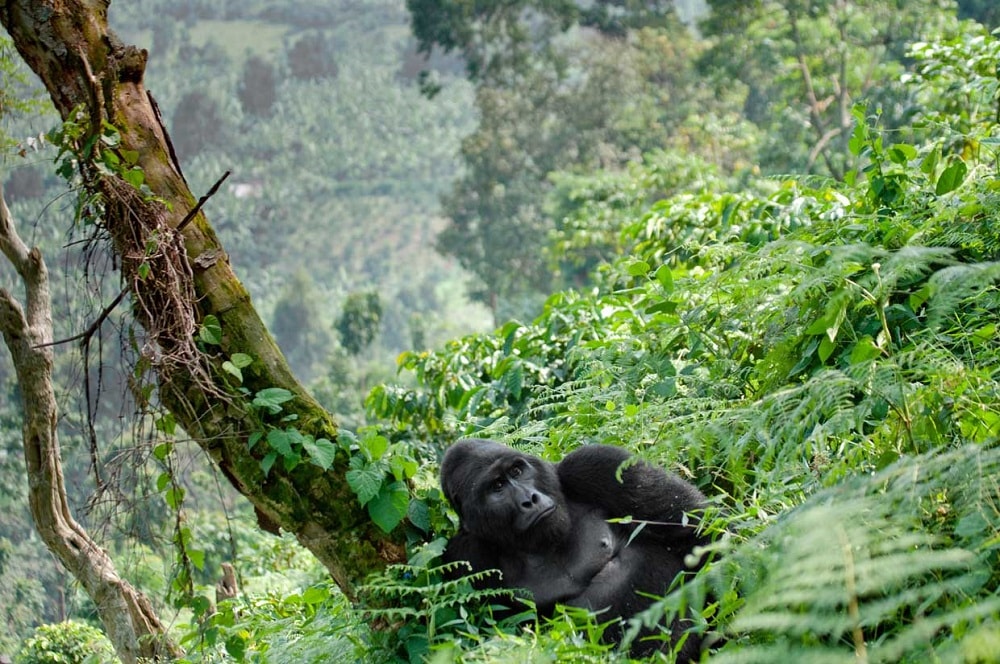 Almost half of the 880 remaining mountain gorillas in the world live in Uganda. However, climate change affects them negatively as well. Due to the rising temperatures, people are settling in the cooler gorilla habitats. While reducing the gorilla’s habitat, it also causes new diseases.

*** You may be interested in; Discover the Best African Safaris 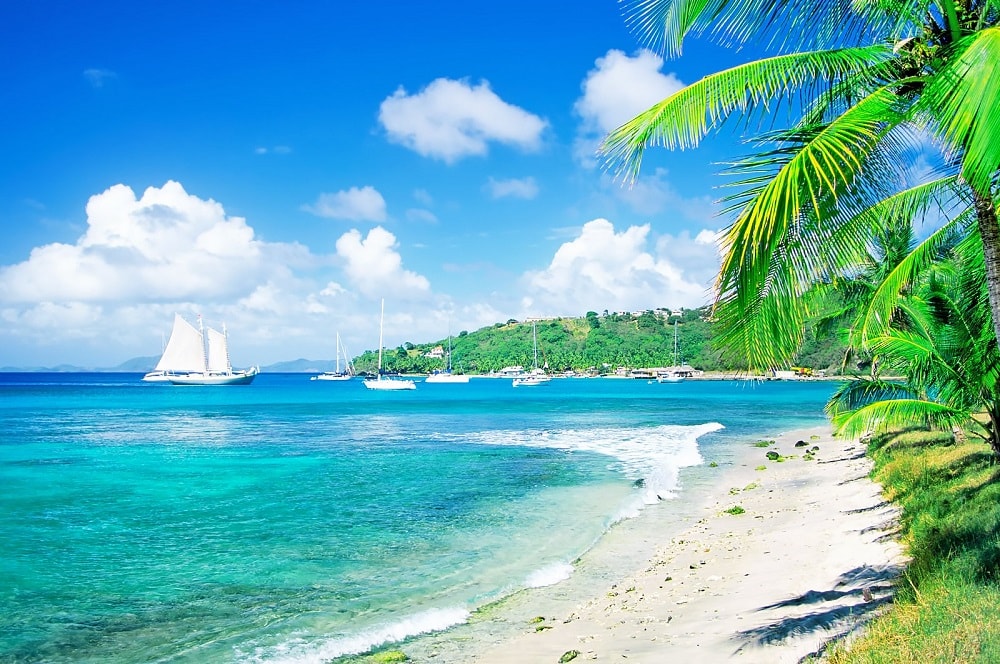 The Caribbean or the West Indies is the territory that includes the Caribbean Sea, its islands, and surrounding beaches. These islands form a curve starting from the south of Florida and descend to the northwest of Venezuela in South America. There are around 7,000 islands, islets, and rocks in the region. But we know the Caribbean mostly with its pirates. We even know of his Johnny Depp handsome pirates. 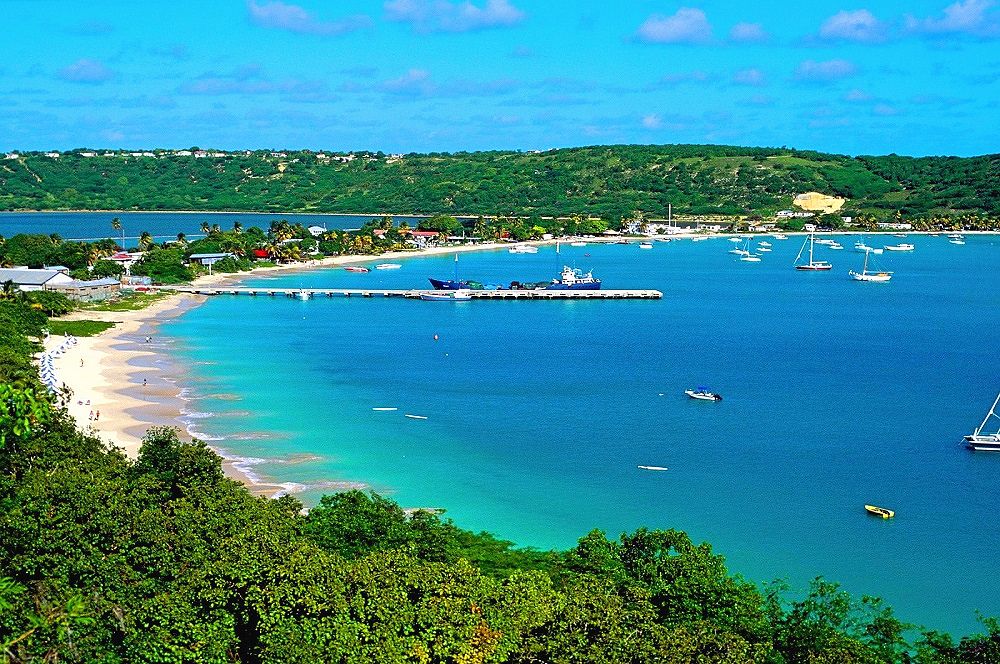 Actually, of course, the Caribbean is much more than that, it is a magnificent natural wonder. However, it is also in danger of extinction. For various reasons, sea urchins and lobster fish had disappeared. This causes the coral reefs to be covered with algae and the living species cannot survive. Efforts are underway to get ahead and save the coral reefs but go see this magnificent place before everything goes bad. 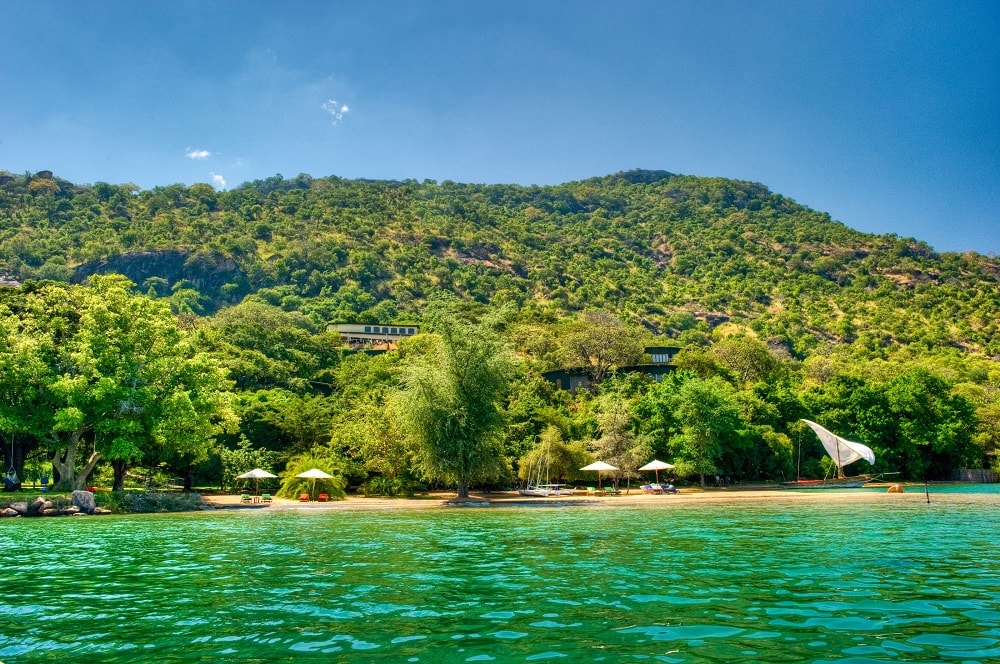 , also known as Lake Nyasa in Tanzania and Lago Niassa in Mozambique, is an African Great Lake and the most lake in the East African Rift system, located between Malawi, Mozambique, and Tanzania.

As the water in Lake Malawi evaporates with increasing temperature, the rainy season gets shorter and the dry season extends. This cycle, which causes the water to decrease in the lake, poses a problem for both fishermen who earn their living here and companies that offer diving tours for tourists. The lake is threatened with evaporation. 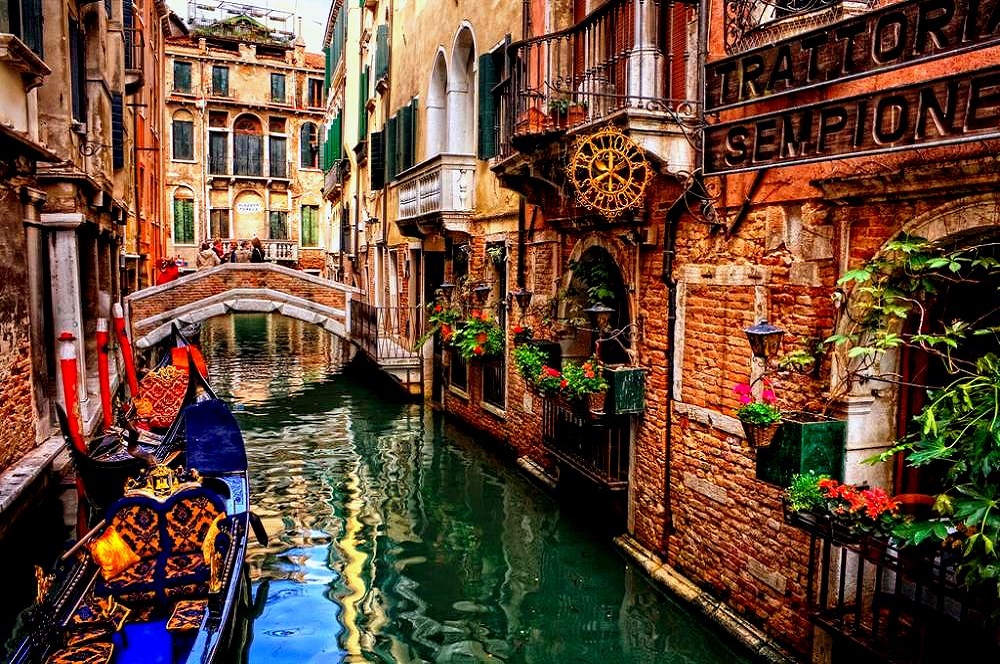 It might seem strange to be on this list, but; sad but true. Venice has sunk 25 centimeters in the last 100 years. It is also said that this will continue. The city of Venice, which is frequently flooded today due to its lagoon establishment, its structure surrounded by water channels, and the collapse on its floor, is one of the riskiest settlements. 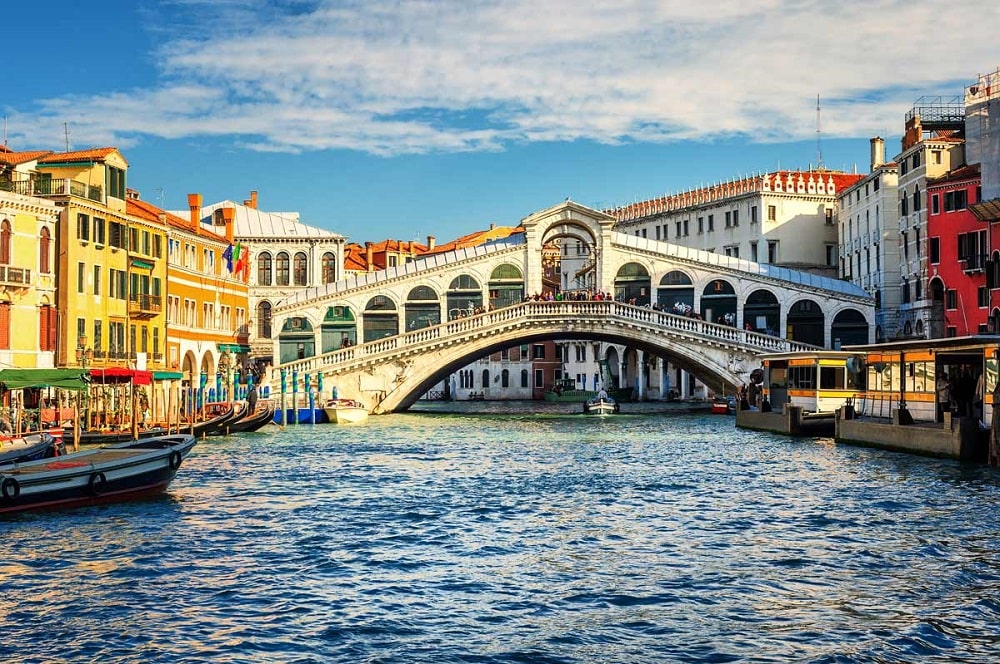 It is stated that the canal city of Venice, one of the most touristic cities in the world, could be completely submerged until 2100. Alongside Venice, numerous Italian coastal cities from Trieste to Ravenna, coastal to the North Adriatic, also carry the same risk. 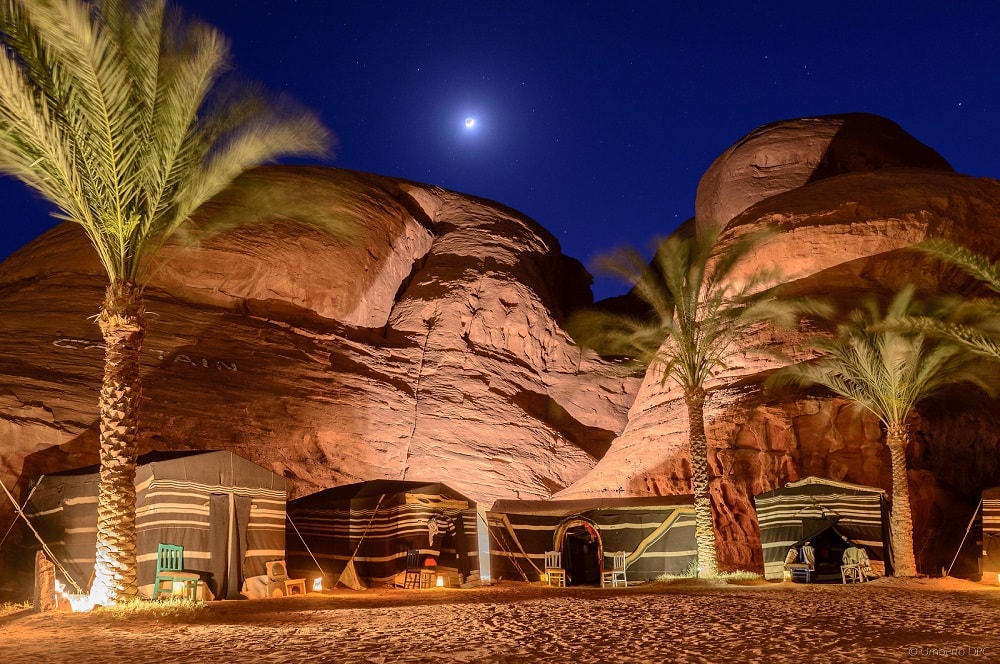 Wadi Rum, known also as the Valley of the Moon is a valley cut into the sandstone and granite rock in southern Jordan 60 km to the east of Aqaba; it is the largest wadi in Jordan. Wadi Rum has been inhabited by many human cultures since prehistoric times, being involved in many cultures

With its narrow canyons, high cliffs, and magnificent scenery, over 45 thousand rock drawings aged 12 thousand years, the Valley Greek in Jordan is a natural wonder, but it also suffers from thirst. Due to climate change, water is becoming increasingly scarce, animal and plant species are disappearing. 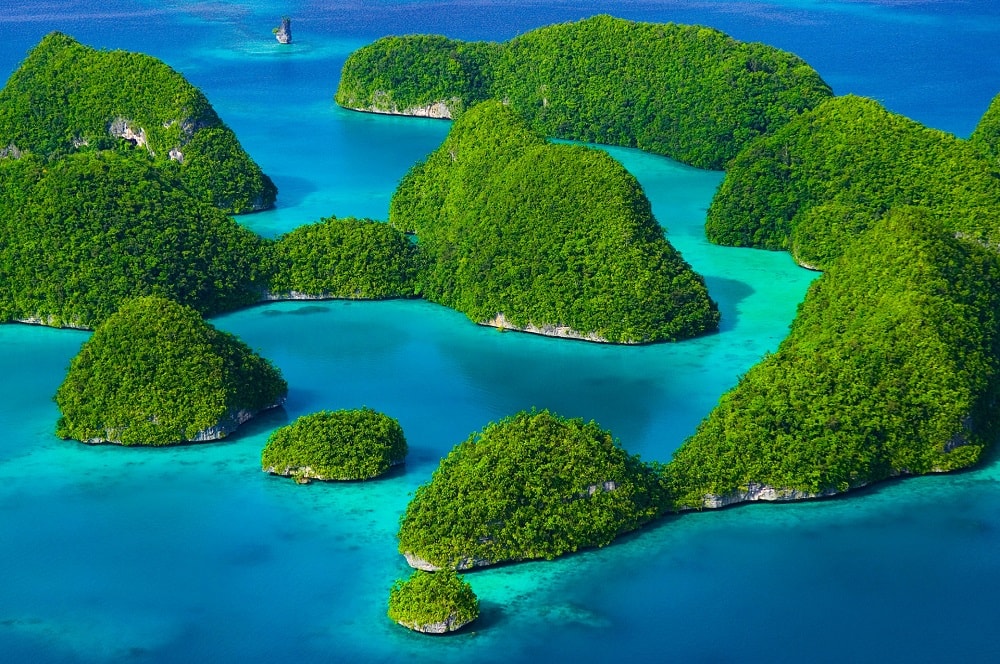 The Rock Islands of Palau, also called Chelbacheb, are a small collection of limestone or coral uprises, ancient relics of coral reefs that violently surfaced to form Islands in Palau’s Southern Lagoon, between Koror and Peleliu, and are now an incorporated part of Koror State. With 400 rock islands promising paradise in the Pacific with their lagoons and coral reefs, Palau attracts more than 100 thousand tourists every year. The days here are also numbered, as rising seawater temperatures and acidification in the water damage the coral reefs here. 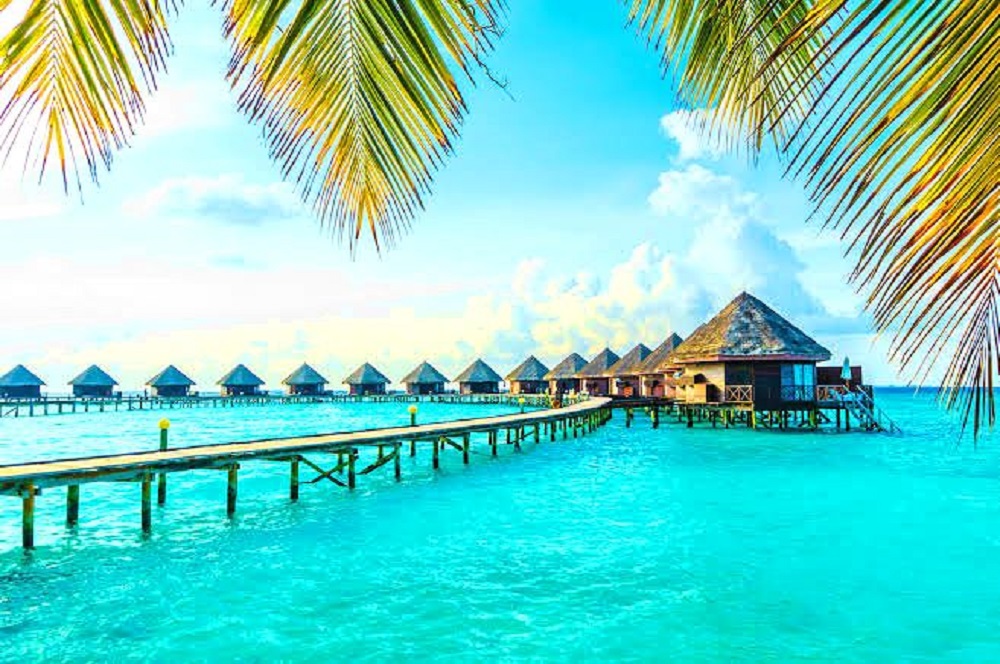 Perfect private villas suspended over the stunning blue waters of the Maldives, alabaster white sand beaches, and a magnificent sunset stretching into the horizon. The natural beauty of the Maldives is something you may not fully understand until you get there in person.

Although it is not mentioned much, one of the places that are likely to be flooded due to global warming is the Maldives, which is the number one place for honeymoon holidays. Maldives deserve to be seen as soon as possible with their magnificent nature and unique beauties.

*** You may be interested in; Top 9 Things To Do In Maldives 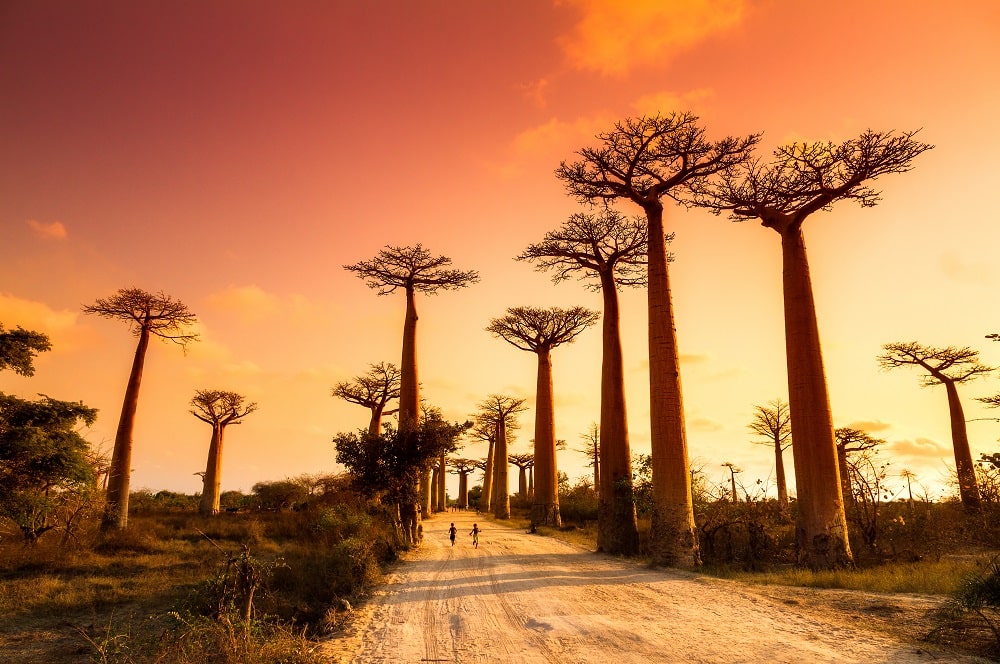 Located in the Indian Ocean, Madagascar is an island nation located in the east of Mozambique in South Africa and the fourth largest island in the world. Madagascar, which we know from most animated movies, is in danger of extinction due to poaching and the destruction of vegetation. We recommend that you go and see these magnificent beauties as soon as possible.